Up and out for 10:00 to lead an easy bike ride from Windy Ridge bakery, over Park Meadows – the killer hill – down Round Valley and Back along the Rail Trail.

Wendy’s at the CC.

A quiet afternoon in catching up on some reading – Hamilton.

Then it’s the final 3 episodes of 1883. An awesome cowboy series reminds me of my childhood when all that telly had to offer was black and white Western films or series. Makes you appreciate the American gun culture, where it came from and why it will never be eliminated. Great series looking forward to season 5 of Yellowstone and all that awesome scenery. 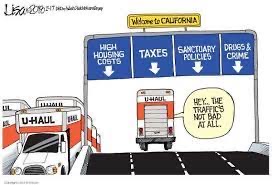 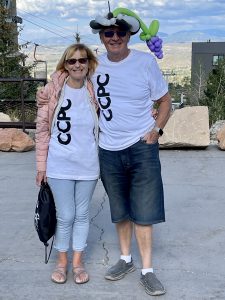 Up early for a hike with Mark. Finally crack how to do an easy hike up Skid Row and along Prospector in under 8 miles. Come back down Jeep Trail which turns it into a 3.2 mile / 450 foot elevation well shaded hike. Added to my repertoire.

In the afternoon Wendy and I volunteered for the Hike For Hunger CCPC event up at the Canyons. Wendy made people sign waivers before being allowed on the Gondola – it is America after all. Then she dished out tee shirts to the participants. I was stamping hands to confirm the person was over 21 and could buy alcohol – politics and religion are a lethal combination of stupidity, especially here in Utah. My badge of office for this onerous task was made out of balloons, grapes and a wine glass. Had I known I would have asked for danger money. A fun afternoon with free ice cream – the best coconut ice cream I’ve ever had – along with popcorn, hot dogs and burgers.

Mike joined us on the plaza, can you believe it was the first time he’d ever been up to the canyons. Then Wendy and Mike called for a CHinese takeaway and I had a Mexican from Cafe Rio – not as good as Chubasco’s, tasty but too sloppy.

A Paulaner, Zinfandel and cognac evening watching “The Good Fight” which has truly lost the plot.

I know I’m getting boring as I say it yet again, how awesome is this place. A great walk with a friend, there’s a balloon festival going on and as I come back there’s a baseball game to stop and enjoy, if only I had the time. 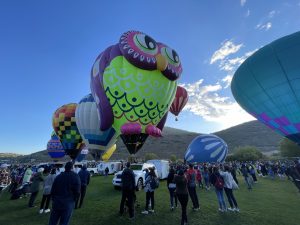 A lazy day with nothing planned. Wendy has the squatters, probably from some dodgy shrimp from the Chinese.

I got up at the crack of sparrows to go and see the Hot Air Balloon fiesta. It was pretty good with even more balloons than the one in Santa Fe. Yet another amazing feature of the paradise known as Park City.

Wendy was still in bed so I made my own bacon and scrambled eggs. Now that’s a first. 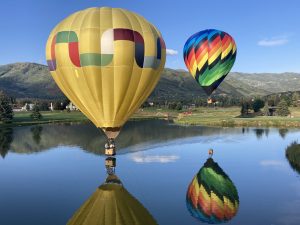 Lunchtime I finally conquered PC Hill and down into Round Valley. Sunny but not too hot. 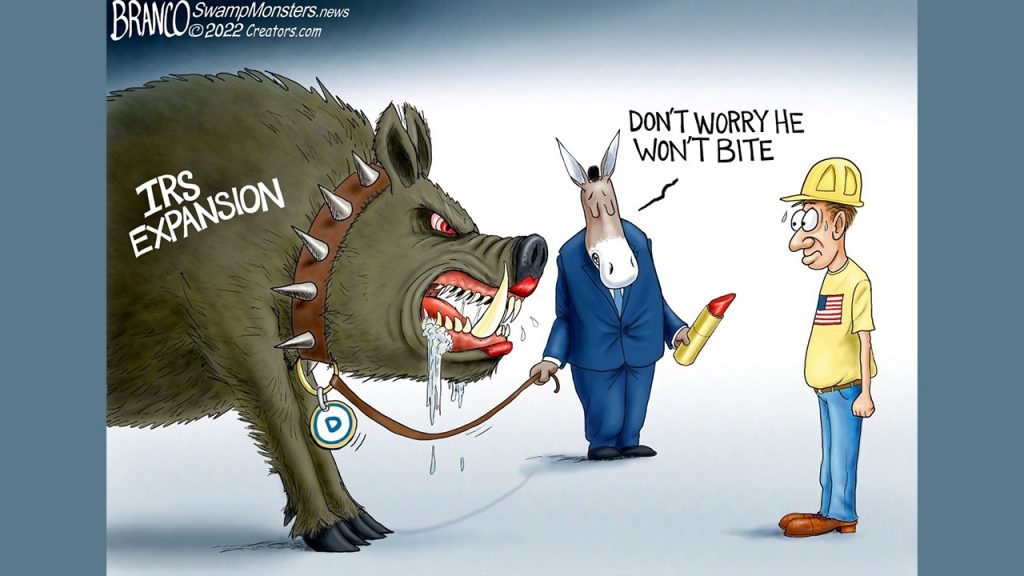 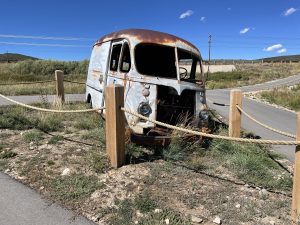 Start the day off leading an Easy Hike. Fortunately, it’s cool enough now for a 10:00 start so time for coffee and fake news.

Wendy’s at the CC for the day.

Quiet afternoon. Catch up on my blogs and some reading. Still slogging my way through Hamilton and a Quick Review On American Government.

Pick Wendy up from the CC. Get a brand new black Spyder jumper ($99 in the shops) for $10, but as we had a $10 voucher from the Hike From Hunger it cost us nothing. Amazing.

After ribs for tea on the deck, we watch the Queens funeral from beginning to end. 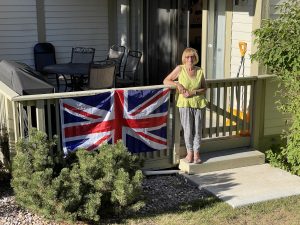 I barely remember, the street party we had for the Queen’s coronation. We had jelly, a real treat in those post-war days with rationing still in place, and you took your own spoon with coloured cotton around the handle so that you could identify it.

Wow, what an awesome funeral ceremony from beginning to end. A majestic farewell. We, as a Nation do these events brilliantly. Ancient tradition, pageantry, pomp and ceremony to be proud of, what other country has such traditions and can do it anywhere near as well. Not very often do I say it but it does make you proud to be British.

One very trivial aspect absolutely amazed me. The Navy marched under Wellington’s Arch while the Soldiers marched around the outside, clearly a long way around, yet when they came back together they were in line and in step. Awesome.

Such fantastic planning. Everything went perfectly. No mean feat given the scale of the event and the protocols to be observed.

Your Majesty, thank you for your lifelong service.

And now over to King Charles III. Long live the King. 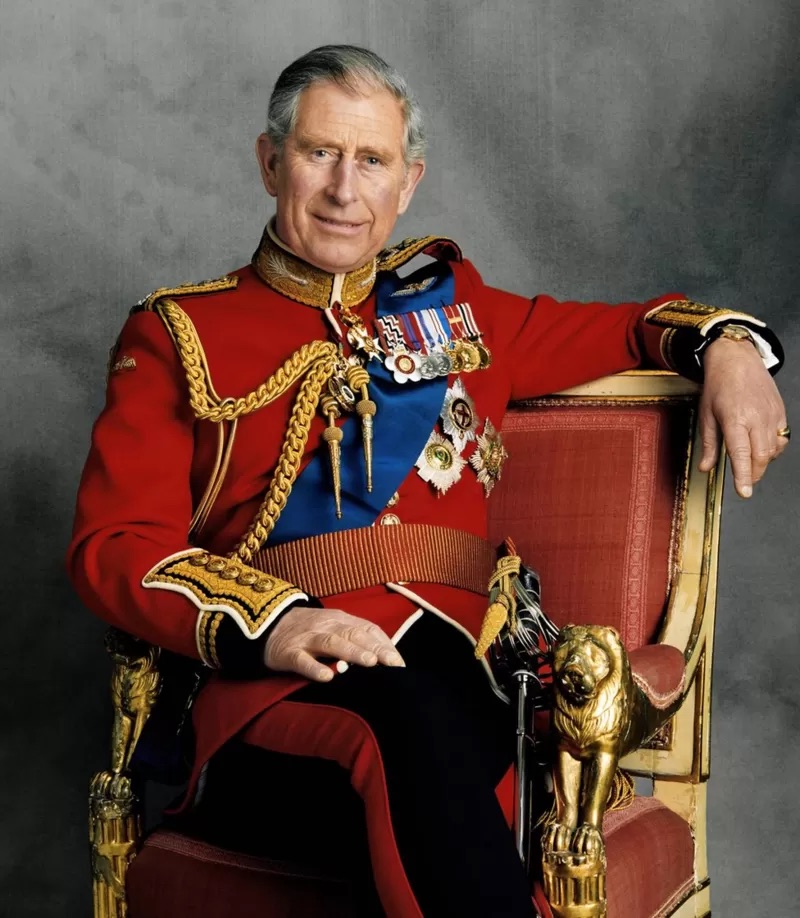 I see Biden couldn’t be arsed to travel on the bus with other dignitaries. Well thankfully he ended up sitting at the back of the church, serves him right.

An exciting morning as we get our 4th Covid / 3rd booster vaccination. This is the bivalent BA4 and BA5 shot that I’m not sure we are guaranteed in the UK so gone for it here. And yes, it’s free courtesy of our friend’s tax dollars.

After lunch I go for an easy bike ride with Howard, just 6 miles down the Rail Trail and back.

Watch Outlander in the evening. It’s very bloodthirsty and pornographic. Can’t believe the American Prude Censor has let it go uncensored. There’s hope for this country yet.

As usual, Wendy’s as hot as a depot stove overnight. The typical start of her usual reaction to Covid or Flu jabs. 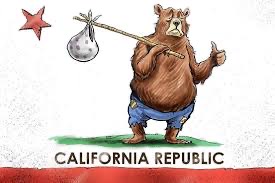 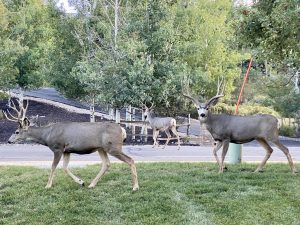 Lazy start to the day, followed by a stroll with Wendy up to the library to return my books – Hamilton now on my Kindle, only a quarter way through it.and then around lunchtime Mike and I take two bikes and 4 boxes of our stuff over to his lockup. It’s massive.

Wendy’s feeling awful, very tired and sickly, courtesy of the booster jab. She spends the afternoon asleep on the settee and doesn’t come for dinner at Windy Ridge with H&N. I go on my own. Have my last Pastrami Reuben but no way is it up to Feldman’s standard.

Home for a pilsner and some awesome Ciroc VS brandy – need to buy a bottle to take home. 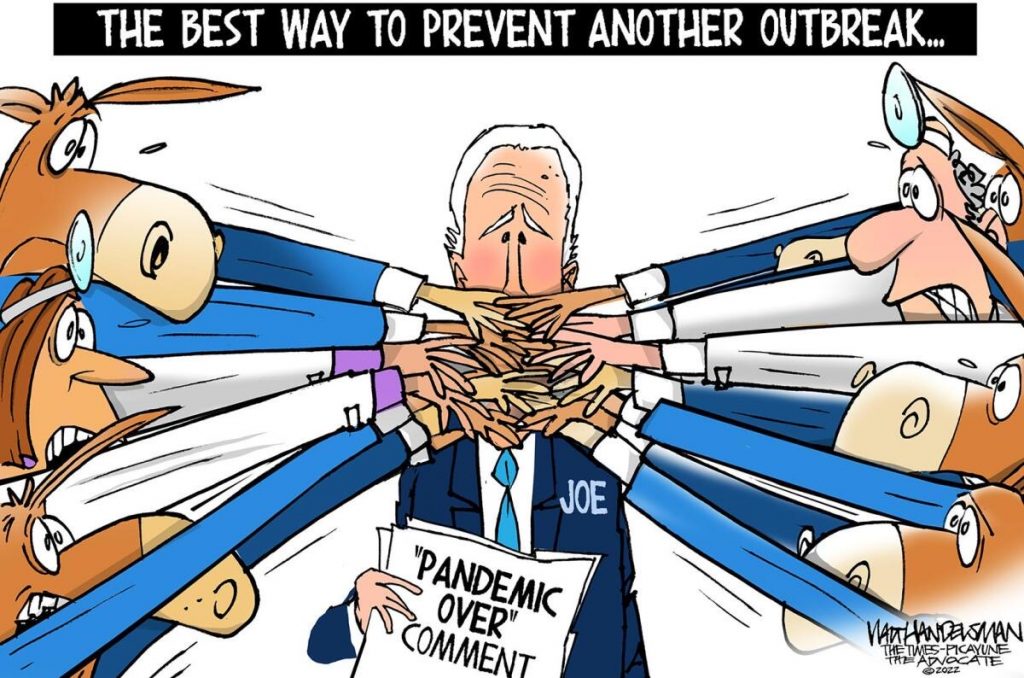 Muslim publication says ‘Muslims should NOT sing the national anthem’

Faisal Bodi of the Islamic Human Rights Commission says the singing of the national anthem by Muslims is a demeaning act of servility and surrender and should be condemned.

Well if you want my opinion, and even if you don’t, here’s my two pennies’ worth.

Just typical. Well if they don’t want to integrate they should go to a 7th-century barbaric hell hole that has no National Anthem and can accommodate their needs. If you’re struggling with choice then I’m sure Afghanistan will welcome you with welcome arms. Why do people emigrate to a country and then try and turn it into the country they have left. Why not stay put. 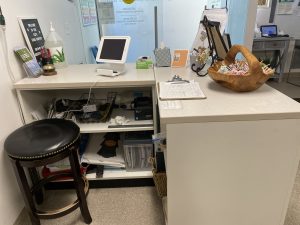 Lazy start. Then I take Mike down to Salt Lake to pick up the new Subaru he’s bought his granddaughter.

Lazy afternoon and then we follow Mike over to his garage to store his Corvette and run him back home.

Beef stroganoff for tea along with an alcohol-free evening. 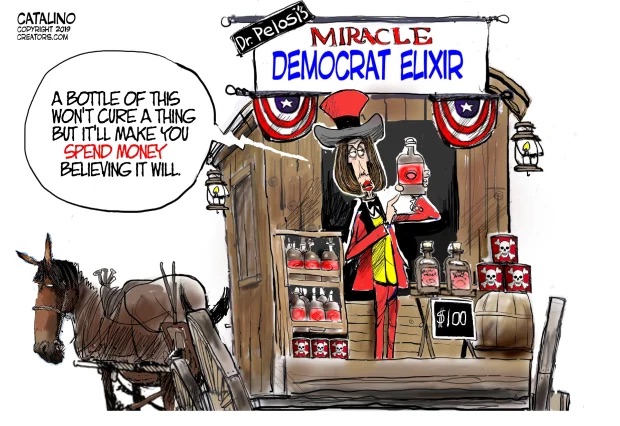