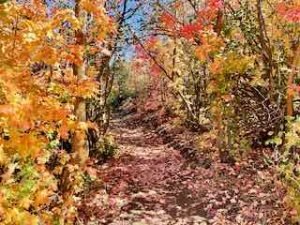 Pretty lazy start to the day as my easy bike ride doesn’t start until 10:00 now that the weathers a tad cooler.

Very easy ride just over an hour, followed by coffee at the Windy Ridge cafe.

Wendy’s at the CC so it’s a relaxing afternoon for me followed by a power walk to meet wendy at 16:00.

After dinner on the deck with the usual deer, Mike picks Wendy up and they go to see Thriller at the Egyptian, along with Carol and Angela, all courtesy of our good friends Ruth and Mark. I pass on it, musicals are not my cup of tea, rather stay home and watch the paint dry. Actually golden opportunity to catch up on “Comey Rules” and some other stuff Wendy detests.

Can’t believe Thriller lasts for 3 hours. Fortunately they all enjoy it. Thanks to Ruth and Mark yet again.

California has become the latest state to provide its residents with an eco-friendly, if unorthodox, option for their remains after death: composting.

The process is officially called “natural organic reduction,” and involves “fostering gentle transformation into a nutrient-dense soil, which can then be returned to families or donated to conservation land,” the release explained.
Natural organic reduction is less harmful to the environment than the other two legal options (cremation and burial), according to the release. Burial can allow chemicals to leek into the soil, and cremation requires the burning of fossil fuels and releases carbon dioxide.

According to Recompose’s website, natural organic reduction works much like composting your vegetable scraps does. The body is placed in a vessel along with wood chips, alfalfa, and straw. Over a month, microbes work to break the body down into a cubic yard of soil, which can then be used in a loved one’s garden, or anywhere else. 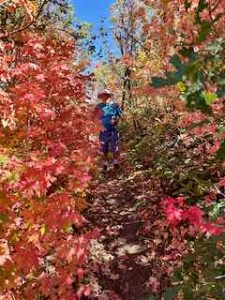 Off clay pigeon shooting with Mike. Wow, I finally seem to get it, 17 out of 25, my highest score yet.

After lunch Wendy and I meet up with Carol at the Deer Valley cafe for coffee and a chance to catch up.

In the evening Mike’s taking us out to dinner at the Blind Dog. We’re a tad sceptical but it turns out to be a great meal, awesome steak and they even have a Fonesca Bin 27 Port, along with great company. Would go there again.

“The US scrambled an F-15 jet to shoot down an Iranian drone that appeared to be heading towards US forces in Erbil, Iraq, on Wednesday, a US official told CNN.”

When Biden finally manages to find his way off the podium in the UN, learns to count to 3, stops trying to shake hands with invisible persons and stops calling out dead congresswomen, perhaps he will start to realise that Iran really means it when they say they want to kill the Great Satan and abandon negotiations on the Iran deal. They hate you; they can’t be trusted; they are just a bunch of islamic terrorists, when will he get it. 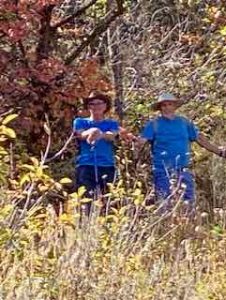 After lunch drive over to Mike’s for a short walk around his neighbourhood. Explore some of the local paths that Mike’s never been on. After coffee and Wendy pinching his chocolates we say our goodbyes until March next year.

Final Mexican takeaway from Chubasco’s. I have the Sopes but not as good as the ones in San Diego. Stick with the Burrito next year.

Latest pronouncement from the evil union:

Hells bells, what more does Russia have to do before the EU throws everything at them. Surely on day 1 of the invasion the rest of the civilised world should have thrown every conceivable sanction at them. Pathetic as usual. 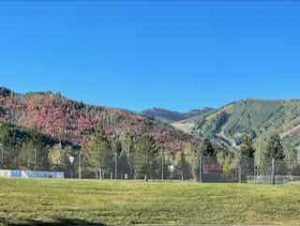 Joy, up at 04:00 for that awful drive down the mountain to SLC arirport. It’s bad enough in daylight but in the dark it’s even more daunting. Drop the Turo off at the economy parking lot. All seems to go very smoothly. Would definitely use Turo again but would go for a more luxurious model. This one was very basic and Wendy was uncomfortable on longer trips. Not impressed with a Honda Civic.

Manage to blag our way into the Delta lounge for free. I think she was overcome with the English accent and the cowboy hat.

TSA crap was fairly quick. You’d think after 21 years we would have got this crap sorted. Just think a 7th century barbaric rag head in a cave brings Western civilisation to this sorry state of affairs at airports.

Comfortable flight, exit row seats, to Atlanta. A few of the stewardess’s actually managed to crack an occasional smile.

Got delta lounge access in Atlanta. Great food and even managed to try a free Old Fashioned. Only had 40 minutes in there but next time I thinks we’ll have our dinner in there rather than airline food, even though the meal onboard wasn’t that bad.

Get settled into our Premium Economy seats. How do we know it’s a Virgin flight and not Delta” Simple the stewardess’s are all smiling, happy and obviously enjoy their job. Very comfortable flight. One sleeping tablet and a couple of wines do the trick, get a good 3 hours kip. Fall asleep with a glass of wine in my hand, thankfully rescued by Wendy, would hate to waste it.

Kurt picks us up. End of an awesome3 months in paradise. Just over 2 weeks and we’ll be back. This time Disney with the kids and grandkids.

Well I was going to have another Belgian Waffle, here in the Delta lounge, and then I saw a blobby that ginormous he couldn’t even get in one of the chairs. Helped me exercise restraint. Put me off ever eating again. Hope he’s not going to be sat next to me.

For 3 months now not a single upside down black bin liner with a slit in it perambulating around like a Dalek.

Our road trip plans for our next two adventures. 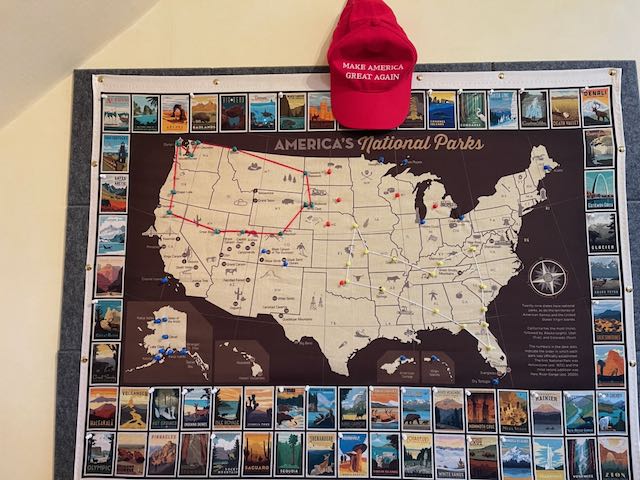 Jeremy Clarkson claims facts broadcast on Frozen Planet II are a ‘joke’, and viewers learn ‘nothing at all’ from the series.

Jeremy finished by saying the only way to make Sir David’s ‘half-arsed twaddle tolerable’ was by drinking a beer every time the emergency was mentioned.