Set off for a long drive up to Las Vegas. It’s been an awesome week. The best 4th of July ever and our friends pulled out all the stops to make the whole week special. Thank you. 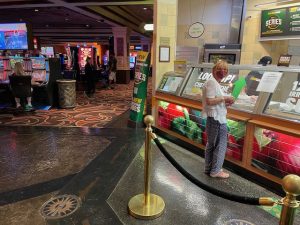 It’s a 6 hour drive to our stop over at a Best Western in Henderson.

Arrived in Las Vegas after a 6 hour drive from San Diego following a great week with some awesome friends. Never a dull moment and a 4th of July to remember.

So are the flags at half mast because of Boris’s resignation? 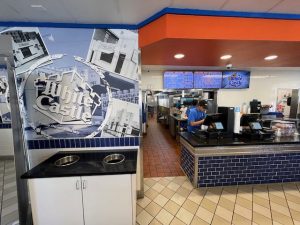 Stop over night in Henderson, Las Vegas. No we’re not on the strip, thank the FSM, but had to go into a local casino in order to get Wendy a Subway. Just 6 hours and we’ll be home Saturday.

As luck would have it there’s a White Castles just around the corner. So it’s a haute cuisine tea tonight, a fantastic way to celebrate Junk Food Month. 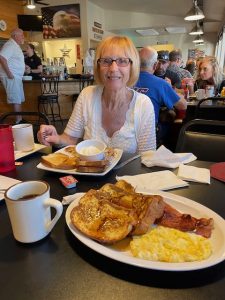 I’m awake at 05:00 so we set off early to avoid major road works around mesquite. Stop off at an All-American diner in cedar city for an all-American breakfast. Celebrating junk food month yet again – wot no Diet. 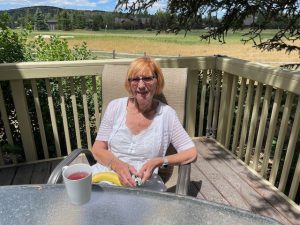 Time to enjoy an afternoon cuppa before we gird our loins, and do battle with them supermarket trolleys. Passport ready for the liquor store to prove we’re over 21.

A pleasant German beer and some wine before an early night. 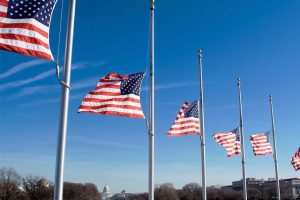 Why are the flags at half mast?

Leisurely morning after our marathon journey.

Slow walk round to the supermarket. Slow because of the heat. 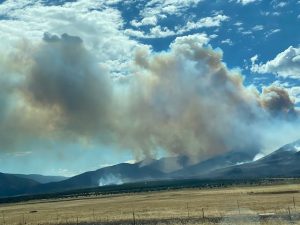 Forest fires on the way home.

Pick up my bikes from Ruths and have a good chinwag.

Mike and Laurie pop round. Long time no see. Great to see them again.

Another great German beer and some wine in the evening sat out on the deck.

When a man volunteers to do the BBQ the following chain of events are put into motion:
Routine… 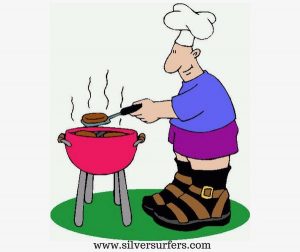 (1) The woman buys the food.
(2) The woman makes the salad, prepares the vegetables, and makes dessert.
(3) The woman prepares the meat for cooking, places it on a tray along with the necessary cooking utensils and sauces, and takes it to the man who is lounging beside the grill – beer in hand.
Here comes the important part:
(4) THE MAN PLACES THE MEAT ON THE GRILL.
More routine….
(5) The woman goes inside to organise the plates and cutlery.
(6) The woman comes out to tell the man that the meat is burning. He thanks her and asks if she will bring another beer while he deals with the situation.
Important again:
(7) THE MAN TAKES THE MEAT OFF THE GRILL AND HANDS IT TO THE WOMAN.
More routine….(The woman prepares the plates, salad, bread, utensils, napkins, sauces, and brings them to the table.
(9) After eating, the woman clears the table and does the dishes.
And most important of all:
(10) Everyone PRAISES the MAN and THANKS HIM for his cooking efforts.
(11) The man asks the woman how she enjoyed ‘her day off.’ And, upon seeing her annoyed reaction, concludes that there’s just no pleasing some women…
ENJOY YOUR BBQ THIS WEEKEND IF YOU’RE ARE HAVING ONE! 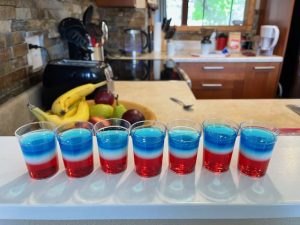 Ruth has saved me some Vodka Jello shots from their 4th July celebration. Wouldn’t be the 4th without them.

Another lazy start. Nip round to the Christian Centre to sort out Wendy’s volunteering.

Then I’m off to the liquor store, passport at the ready, to top up the wine stocks and some of that awesome Basil Haydn Dark Rye. Of course I’d forgot that being a State liquor store they have to have their lie in bed and can’t be arsed opening until 11:00. 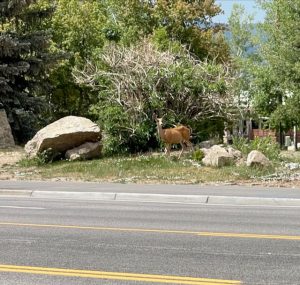 Deer considering whether to cross Kearns Boulevard. Don’t do it.

Then we’re off to Costco – abandon hope all yea who enter there – for a major shop. Wow, that was expensive, but hopefully, most of it will last for 3 months.

Start my diet so it’s steak and salad for tea. Alas, no wine or other tasty drink. It’s a great diet – Full Diet – but lack of some tasty drinks like ginger beer or alcohol is a bummer. 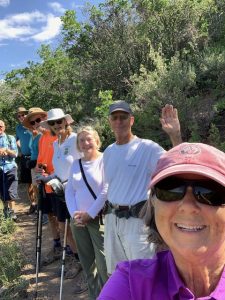 I’m skulking at the front.

Up at the crack of sparrows ready to lead an Easy Hike around Snowtop. 8 of us, not a bad turnout. Weather is perfect for such an easy hike.

The joy of an easy hike in Park City with a lot of old acquaintances. My philosophy is simple, I go for an easy hike and bike ride at least once a week so why not do it for the Park City Mountain Sports Club and meet people? 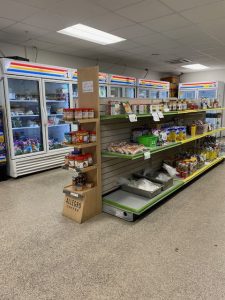 Christian Centre. Wendy’s happy she can be on the checkin desk again. Keeps her occupied Mondays and Fridays.

Then a stroll around to the supermarket, the highlight of the day.

In the evening I pick Joe up and we go shooting at the Kamas Lions gun range. It’s hotter than the Devil’s armpits.

The joy of the forbidden fruit, the gun range. The Kamas Lions do a great job. 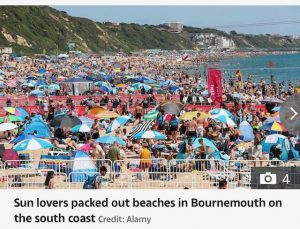 Well they’ve had soaring temperature records in the Uk and look waht the Lemmings do. Why would anyone want to suffer this, must be dubmer than a box of rocks. 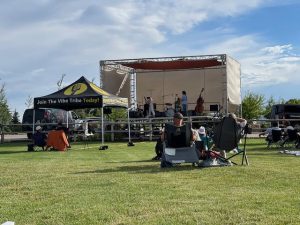 Lazy start. then Wendy and I are off to Heber for bowling. Well I go bowling with Mike and Joe while Wendy goes shopping.

Nip round to the Sportsmens Warehouse to buy some 9mm ammunition. 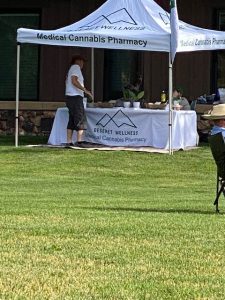 After tea, we set off to the free concert on the lawn at the Dejoria Centre. Wot no alcohol allowed, spoils it, just greed on their part. In the good old days, it was great to just bring a picnic and a bottle of wine to enjoy. Made even the worst performers tolerable. Lovely setting but the groups are pretty naff, would have needed wine and lashings of bourbon to survive them. Leave after an hour.

If ever anyone is batty enough to ask us why we spend so much time here in paradise, these two pictures just give you a clue as to one of the many reasons. 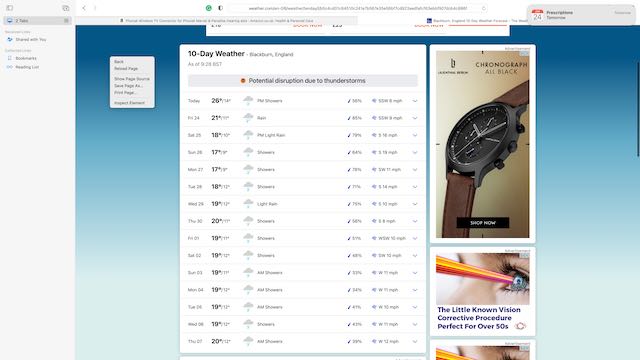 A typical week in Belthorn.

And now a typical week in Park City.