We’re off back to paradise, but first we have to gird our loins, dose Wendy with calm a downers and prepare for the ordeal of flying. Set off at 05:00, allowing ourselves 4 hours to get through that joke of an airport at Manchester.

Survived check in, that is, when virgin could eventually be bothered to finish their chinwag and open – late as usual. Security fast track 15 minutes, abandon hope for the rest. Then in the aspire lounge and Facebook wants me to say something about it. Well here goes. All the ambience of a school canteen, even down to milk bottle on table; my sausage has been classified as a lethal weapon, rock hard, would be better deployed as a kosh.

The incompetent management here claim they can’t get the staff, yet when we’re forced through duty free to get to our flight we’re accosted by a plethora of staff?

I’m pleased to report to the Ministry for “Advancement of Airport Misery” that they’re still doing an excellent job.

Arrived in Atlanta after excellent comfortable flight with the usual awesome virgin cabin crew service. Through immigration in minutes, no queue, sorry line. A new world record. 4 hours to go before Salt Lake City flight but at least there’s free booze and some great food in the Delta lounge. Surprised we got in on Premium Economy, but just goes to enforce the old adage, don’t ask don’t get.

At Delta checkin our tickets are rejected. Oh joy, another Virgin / Delta screw up. Takes them 25 anxious minutes at check in to get tickets that work. Meanwhile everyone’s boarded and they’re ready to go.

Finally get tickets that work and we’re off. 4 hour flight in premium seats, it was more comfortable sitting on solid oak church pews. As for the flight attendants, well if they were to crack a smile I’m sure they’d shatter into a thousand peace’s. A surly unhappy bunch. Perhaps Delta management should take a Virgin Atlantic flight and observe their crew. Happy, smiling, obviously enjoy their work with a net result of great customer service.

Looks like Virgin will be getting yet another complaint about the same ticketing problems. Who knows perhaps we may get another 20,000 of their pretty useless pigeon droppings, AKA points.

Arrive at SLC and the usual screw up with airport shuttle. Might help if they put the name of the hotel on it rather than some other hotel.

Midnight Salt Lake time and we finally get to bed. Exhausted, but at least we’re home. Next time we will break the journey up with an overnight stopover in Atlanta rather than Salt Lake. 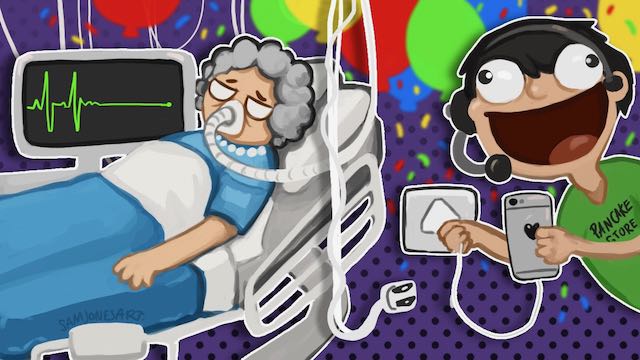 The Sexualisation of Children

Start of another days travel. Great breakfast then I’m sat outside in a rocking chair enjoying a coffee and the start of a gorgeous day. Another one of those great to be alive / feeling lucky moments. Little did I know the next load of shit that was about to descend on me.

Arrive at the Avis checkin desk to pick up my pre-paid car. And yes it one of those “Victor Shitlist” moments as the clerk tells me sorry but you’ve been blacklisted. Of course he’s not a clue why, but no car.

End up going back to Hertz and get the usual good service and even though it’s the cheapest small car I get to pick any car from Presidents Circle / Gold lot. Choose a Buick Encore SUV very comfortable, there aren’t any small cars to choose from.

Set off on a 7 hour drive down to Barstow. 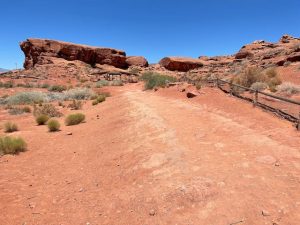 Stop off at Saint George for lunch and petrol. Then it’s St George pioneer park for lunch. Wendy’s moaning it’s too hot a mere 97F and an awesome blue sky.

Barstow here we come and best of all they have an In Out Burger joint. One of the more salubrious towns in the middle of the dessert just off the I15. Hotel is good and the highlight of the day is the In Out Burger, even if it is 9 miles drive away. So it’s In Out Burger for tea.

You really couldn’t make this crap up. 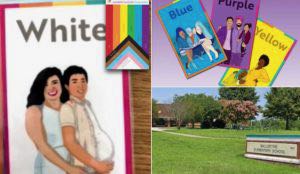 After a good nights rest and waffles for breakfast we’re off again on a 3 hour drive to San Diego.

Arrive at Bob and Marilyn’s about 14:00. Great to see them. So good to just relax. Dinner is Bob’s famous bolognaise sauce, awesome. An early night. 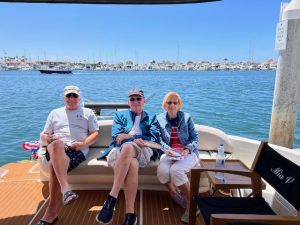 Good nights sleep. Up at the crack of sparrows and off down to B&M’s sail boat – Flight Level Zero. It’s 42 foot; two bedrooms; two bathrooms; spacious lounge area. Amazingly roomy, more so than our caravan.

Then it’s a day of food; dinghy parade; alcohol; Barbecue at the club house; more food galore and of course more alcohol at the yacht club with Bob and Marilyn. A great day. Just got to survive 3 firework displays, more deserts and of course alcohol. 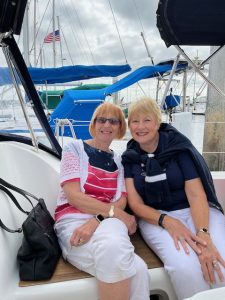 Round to Jim and Maria’s power boat for drinks and dessert. The boats sheer luxury; amazingly spacious and an amazing navigation / control system, just point on the map and click. To help stabilise it has a massive heavy gyroscope which spins up and uses good old conservation of angular momentum to keep the boat stable. Firework display lasted 18 minutes and had to be the best we’ve ever seen. 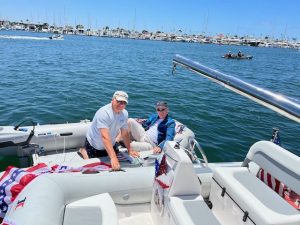 Finally, retire cream crackered, for a good nights sleep onboard the yacht. And Wendy doesn’t even have a life jacket on. Hope it doesn’t sink.

An awesome day full of amazing new experiences and glimpse of how the other half live. As Bob says “I wonder what the poor people are doing?” The best 4th of July ever. 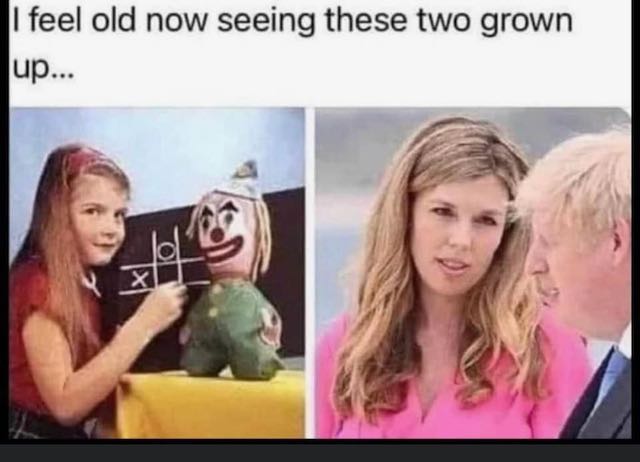 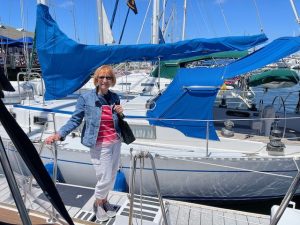 It turns out that the thought police have decided under Newspeak that I am no longer a father or dad but a “non-birthing parent”. How ridiculous. Who are these woke, snowflakes and libtards? Do they own shares in ink suppliers. Why use one word when 3 will do. We’re all screwed. 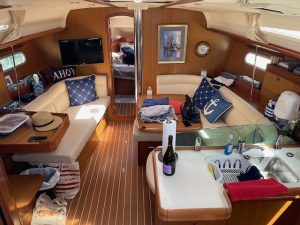 Midwives have been discouraged from saying ‘vagina’ when dealing with pregnant transgender patients if they dislike the terminology.

The guidance has been introduced by health chiefs in Sussex as part of their policy on perinatal care – previously known as maternity services – for transgender and non-binary people. 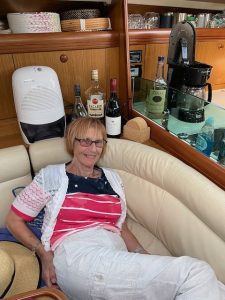 Last month it emerged that the same trust had begun a policy in which staff were told the phrase breast milk could be replaced with ‘human milk’, ‘breast/chest milk’ or ‘milk from the feeding mother or parent’.

In the care guide from Brighton and Sussex University Hospitals NHS Trust, midwives and obstetricians are told: ‘Some individuals may have preferred terminology for their anatomy. These should be used wherever possible. For example, some people may talk about ‘front hole’ or ‘genital opening’ rather than ‘vagina’.’ Staff are encouraged to record these requested terms on a document called ‘My Language Preferences’. It has a list of anatomical parts such as cervix, uterus and breasts alongside a column where the preferred words can be written. 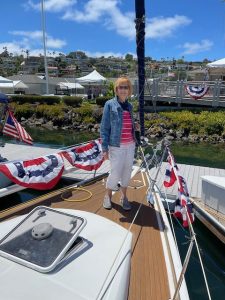 The guidelines add that maternity care has typically been designed as a ‘women-only service’ which may not serve the needs of ‘trans’ and ‘non-binary’ individuals who identify as neither male or female. Pregnant transgender patients should be treated according to their ‘self-identified gender’ rather than their birth sex, it says. They should be offered ‘pronoun stickers’ to wear advising staff how to address them…. 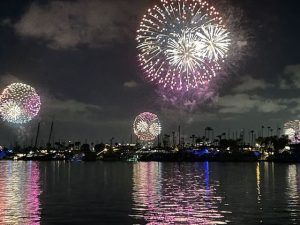 Off to old town San Diego for a superb Mexican meal. Wendy thinks we’ve been there before.

Early night for us all as we’re cream crackered after two awesome days. 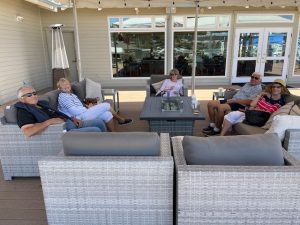 Relaxing at the yacht club before Mexican dinner. 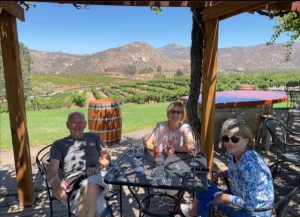 After lunch we’re off for a wine tasting at a vineyard. Great having such a selection. Sat out in a lovely setting.

Just violating the second commandment of retirement. Forgive me for I have sinned. Afternoon wine tasting in Escondido. This is the life.

Superb fish dinner at B&M’s then off down to Jim and Maria’s for drinks. Finally to bed. 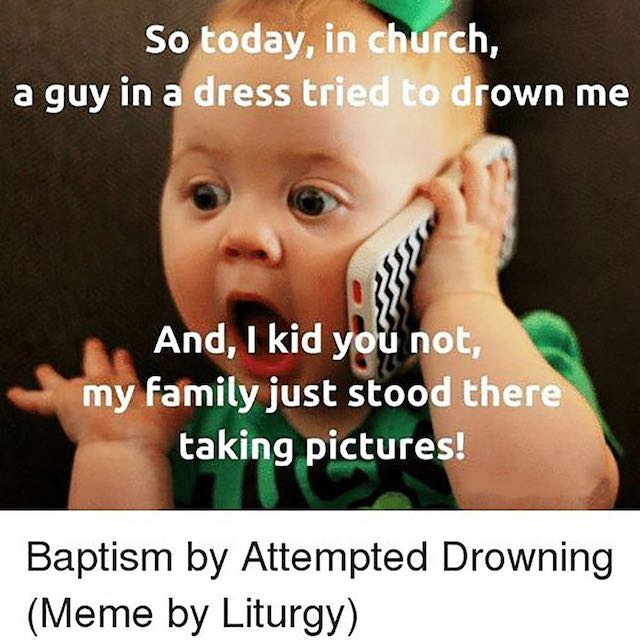 Nigeria: Muslims target four villages, murder 100 people, ransack houses. And has any of the media bothered to report it? No doesn’t fit in with there narrative and don’t dare criticise the so called religion of pieces and permanent offence.

“The assailants ‘were well-armed’ with AK-47 rifles and machetes and arrived on dozens of motorcycles.”

Who pays for all this? Western governments, in ransom payments for hostages, and wealthy Muslims around the world who believe in the righteousness of the Fulanis’ jihad.

The West African nation continues to grapple with security challenges in other parts of the country. A decade-long insurgency in Nigeria’s northeast by the Islamic extremist rebels of Boko Haram and violence by armed groups in the northwest have led to the deaths of thousands. 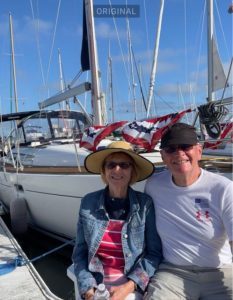 Another lazy start to the day. Wendy goes shopping with Marilyn. I wait with trepidation to see how much that’s cost me.

After lunch we’re off for another wine tasting at a vineyard. Great having such a selection sat out in a lovely setting. Such generous samples this time. Will I still be able to walk. 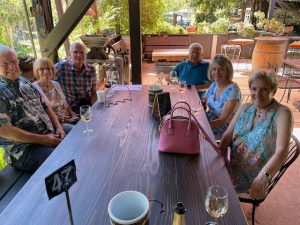 Just violating the second commandment of retirement yet again. Forgive me for I have sinned again. This is becoming a habit.

In the evening we’re off to Janelle and Mike’s for a great taco dinner. Another awesome evening with friends.

Wot awesome friends we have. Americans are just so friendly.

Not sure whether to consider this a joke or appear as a rant. More from the snowflakes and libtards. Since when did men ever need abortions. Well the SCOTUS has certainly stirred things up. 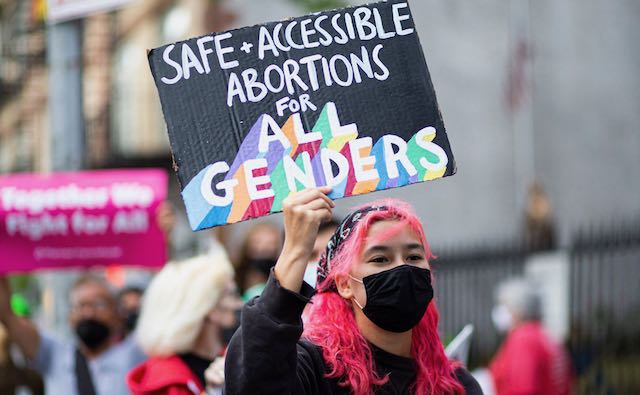 Yes, the country is going to the dogs. Too many woke snowflakes and libtards and not enoug common sense. Really is time us old guys started fighting back. 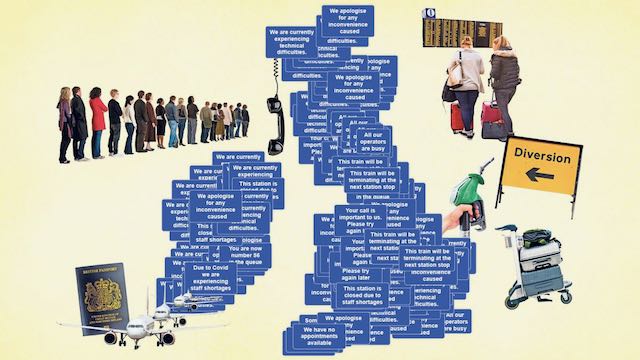