Sadly had to cancel bowling.

In the afternoon Wendy I have a short walk.

In the evening we’re off to Mike’s for dinner. Meatloaf, it was awesome, the best ever. Not a bit like the bland pate-like meatloaf you normally get. Wendy now has the recipe. A great evening all round.

Try to watch Supernature with Ricky Gervais just awesome politically incorrect humour. Gives the snowflakes, wokes, libtards and PC brigade a catatonic meltdown, just the medicine they need. If you don’t like humour don’t watch it and leave it for the rest of us. Sadly the wine gets the better of me and I fall asleep halfway through, will have to catch up with it.

Boris Johnson could bring back imperial measures to coincide with the Platinum Jubilee. 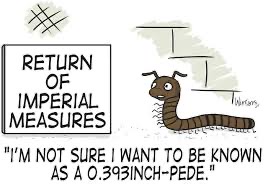 The prime minister is reportedly set to announce shops will be able to sell goods in pounds and ounces again on Friday.

Britain slowly phased out the official usage of old-style units of measurements starting in the 1960s, with the switch finally completed in the early 2000s.
Critics of the European Union have long called for imperial measurements to be brought back after the UK agreed to ditch them when it joined its forerunner economic community in the 1970s. 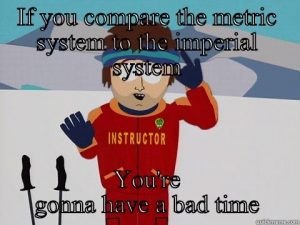 The government has publicly committed to introducing ‘Brexit freedoms’ and introduced a bill in the Queen’s Speech earlier this month that will axe rules hanging over from EU membership.

Yeah, I know it doesn’t make sense but great to have them back and one in the eye for the EUcrats.

After lunch, I go for my easy bike ride but there were no takers, at least I got a short ride.

Wendy and I catch the free bus to the library to return “The Lincoln Highway”, what an awesome book. The best this year. Then it’s an easy walk downhill back home.

The evening is a quiet night in binging on Kim’s Apple+ library of films. Sadly an alcohol free day to make up for the excesses of this week.

What a great report:

Another health report to observe and keep for future reference.

Well rain and cold forecast for the next two days and even snow for when we’re off to the airport on Monday – oh joy.

Rain holds off long enough for Mike and I to go clay pigeon shooting. With my abysmal performance, it’s probably a good job I’m going home.

In the afternoon Joe and I go to the gun club for my last taste of handgun shooting. A tad more expensive than the Kamas Lions gun range but at least it’s indoors so we don’t get soaked.

A quiet saturday night in watching some of Kim’s Apple+ library films and Netflix. 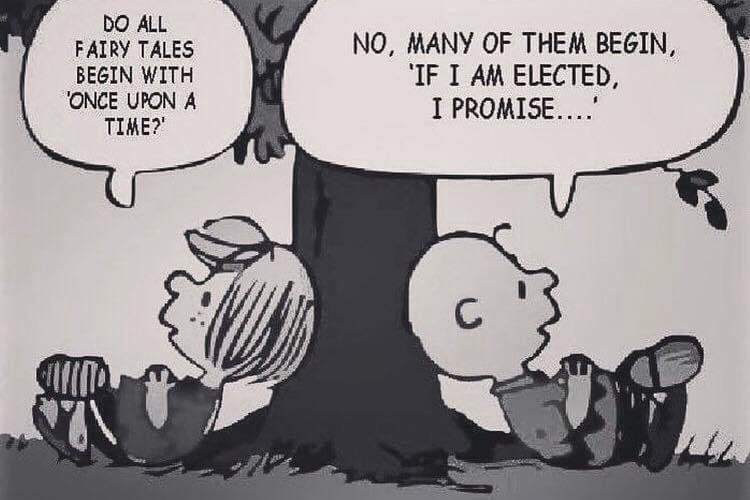 Hanlon’s Razor, “never attribute to malice that which is adequately explained by stupidity”

Busy morning packing. We leave tomorrow and as you might guess Parkinson’s Law of Maximum Perversity (AKA Sod’s law) is seen to be obeyed as snow is forecast for all Sunday afternoon, night, and Monday morning, just as we’re due to drive down to the airport. Decide to book a hotel near the airport for Sunday night to avoid the risk of snow and having to drive down to SLC in the dark and a snow storm. You really couldn’t make it up or as Mike would say “You’re shittting me”. 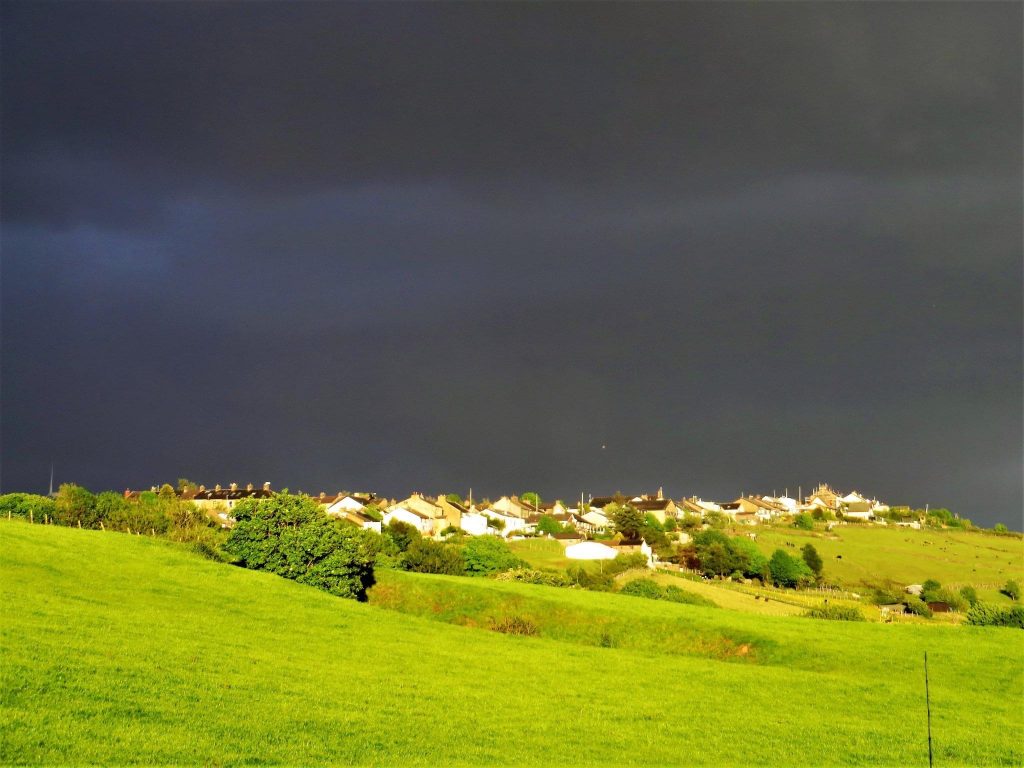 Belthorn today. Just look at that sky. And then people ask why do I want to travel so much? I rest my case. But it is an impressive photo.

I suspect it’ll turn out to be a damp squid with less than an inch of snow but you never can tell around here, after all, it is a ski resort in the mountains.

Drop my bike off at Ruth’s who is kindly storing all 3 of them yet again. Just avoid getting soaked as the heavens open up.

The last opportunity for junk food so we call in Chubasco’s for a Californian Beef Burrito. Awesome takeaway.

And then it’s off down to the Salt Lake airport Holiday Inn Express for the night. All very clean and comfortable but the receptionist has all the skills and demeanour of a retarded tortoise and the attire of a beach bum.

Fishlake National Forest sits partially within a grove of around 50,000 aspen trees united by a single root system. Together, the trees make up a single organism, named Pando. 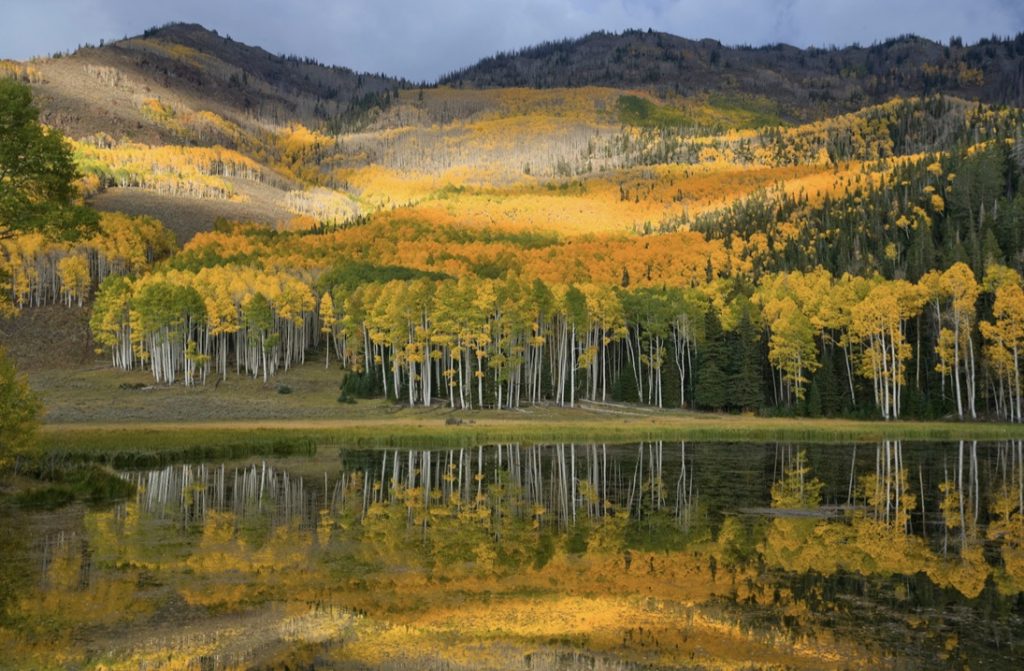 Pando is considered to be one of the largest and densest living things on the planet, spanning 106 acres and weighing in at nearly 13 million pounds. It is also one of the oldest, with a history that scientists believe started at the end of the last ice age. The origin of Pando is prehistoric, but some of the aspen trees that make up Pando today are estimated to be more than 130 years old. 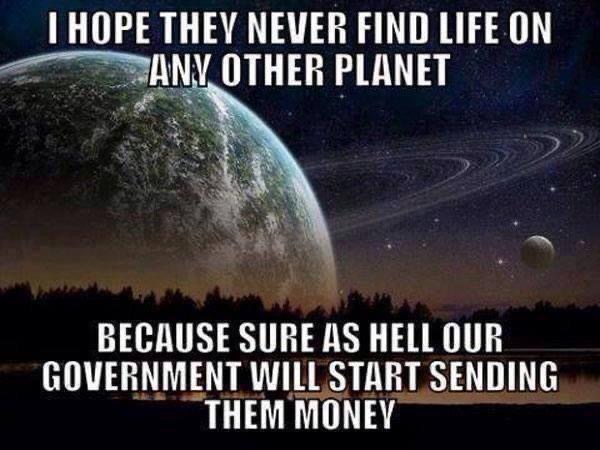 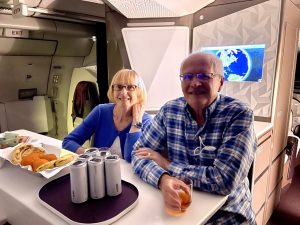 A drink at the bar on board – Baron Otard.

Up nice and early, never mind the multiple alarm clocks. Just 6 minutes drive to the airport. Smooth drop off; no queues at check in or TSA; awesome Delta lounge. One of the very few plus points of old age is, if over 75 no need to take shoes off – it seems that they think we’re over 75, no need for passports to prove it. Sensible profiling for once.

Wow, it seems that micro-skirts are back in fashion. That makes for a more colourful existence.

Just in case you thought stupidity was in short supply the following announcement on board our Delta flight “please remove any masks before fitting your oxygen mask” was hilarious, no doubt added from bitter experience and of course we are in America. 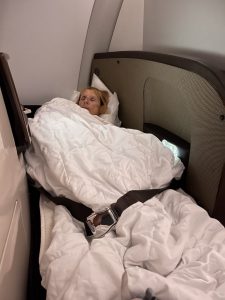 Fortunately, we arrive in Atlanta about 15 minutes early so our dash across the airport to the International terminal leaves us with enough time to go into the lounge for a drink.

Virgin flight is the usual awesome experience. Unlike Delta there’s a glass of champagne as soon as your bum touches the seat. Cabin crew are tip-top, lashings of wine, port to go with the cheese and biscuits and of course Baron Otard to round off an awesome meal. Superb food and even a full English breakfast.

Bed made up for us and we manage a 5 hour snooze.

Another one of those great report extoling the many benefits of brandy. One for the archives.

Why are we so lucky to have such awesome American friends. They’re all such great fun and go that extra mile for you. I think part of the reason is that Americans are just so open and friendly. 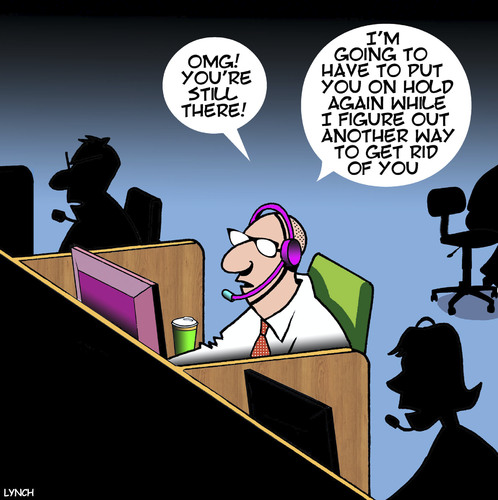 What a rip off and waste American domestic first class flights are. Wider seats, more leg room and cutlery you can really stab someone with. So what. As for a welcome drink, wot no champagne, forget it, all they can manage is 8fl oz of purified water. Takes them nearly an hour to serve a proper drink, passengers are dying in the isles of dehydration. Good job first class comes free with Virgin Upper Class as I’d be devastated to have to pay for it.

Then when they finally get their arse into gear and serve a drink the only red wine they have is a blend, that is, dregs of other leftover reds. Choice of chicken or Impossible burger, sounds impressive, but turns out to be a meatless burger – what nonsense.

So no choice, it has to be Chicken. Comes with more vegatables than my Uncle Horace’s vegetable garden, along with lashings of black pigeon droppings. No one seems to have a clue what they are, turns out it’s sweet black rice.

What an exotic dessert, pineapple chunks straight out of a can and a passable cheesecake with sweet gungey stuff on it, certainly not custard.

Luggage collection was the usual 30-40 minutes. Considering the chaos at Manchester Airport with 3-4 hour waits was not too bad.

Arrive home and have a short kip and then we’re off to take Jasper ten-pin bowling. He loves it.

Good to be home and see the kids and grandkids. Looks like the parents are expecting us to make up for two months of negligence of our duties with extended child dumping.

Never mind only 29 days to go before we escape back to America. Will we survive the rain; the DIY jobs and the rug rats? 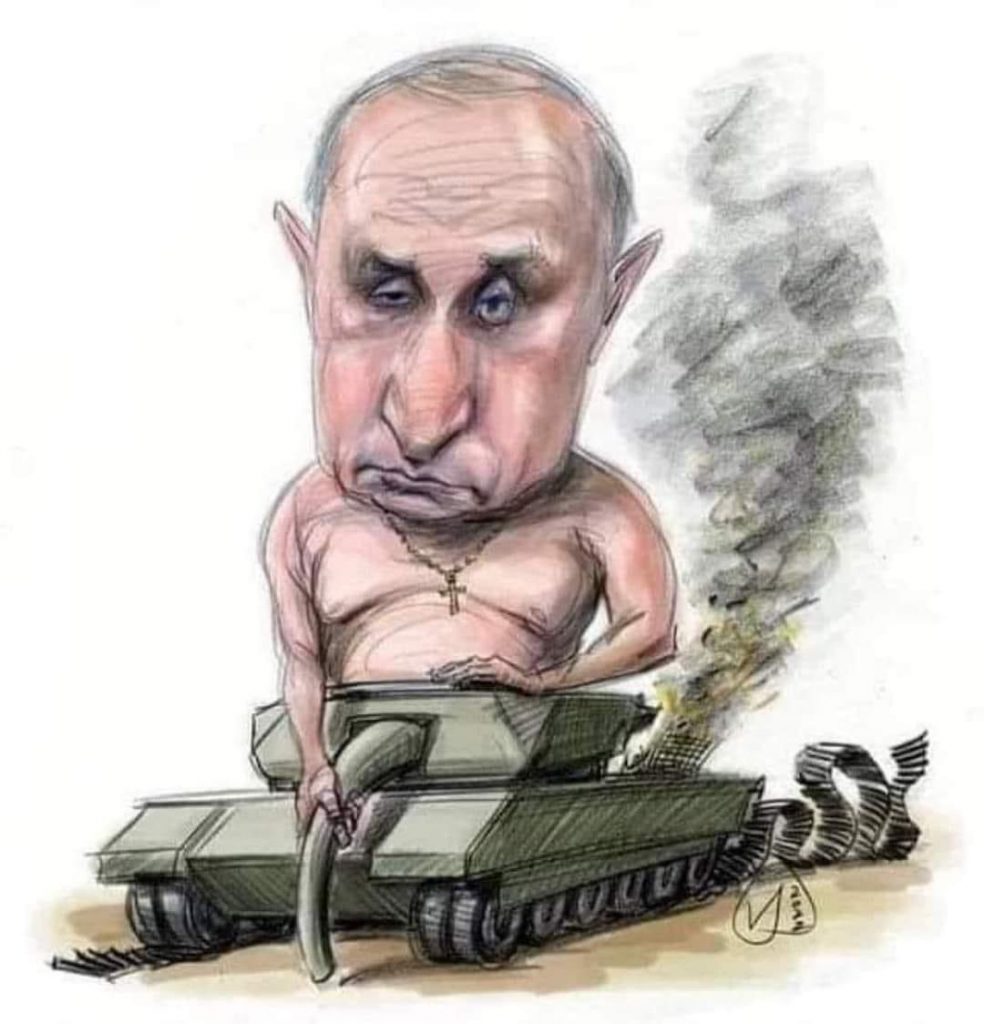 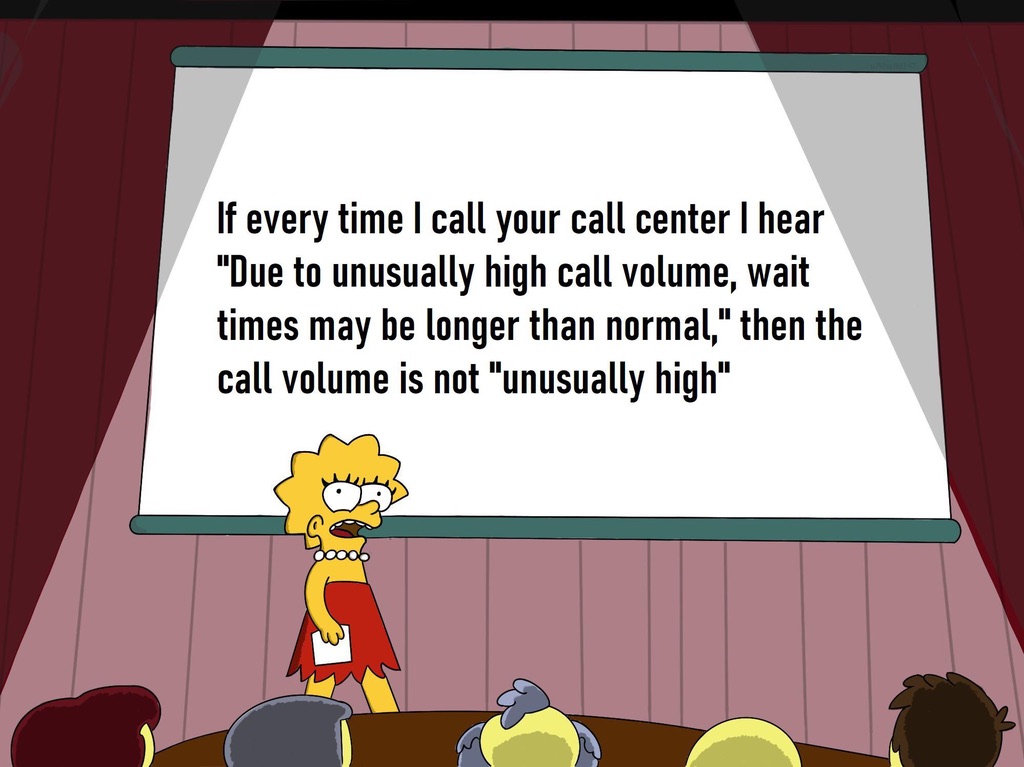 I rang Natwest Black today and it took over 20 minutes for them to answer. Normally it’s less than a minute. My first question was “Have you been taken over by Virgin Atlantic?” – Virgin Atlantic typically have a 2 hour wait.

The days of hanging on the telephone while listening to muzak may be over for the Spanish after the government unveiled plans to limit call centre waiting times to three minutes.

The government’s cabinet has approved the draft of a law that will impose fines of between €150 and €10,000 for companies that fail to attend to costumers within three minutes, rising to €100,000 for repeat offenders or if a vulnerable consumer is affected. 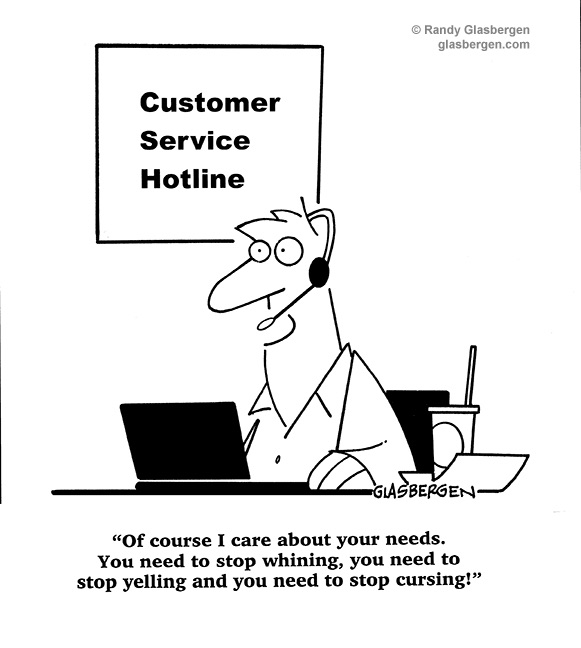 The proposed law would go further than legislation passed by Israel in 2013, which gave the public the right to leave a message and get a call back if the waiting time exceeds three minutes. If a customer chooses to stay on the line, they should be informed of their place in the queue and be given an estimated waiting time and the ability to leave a message during the call. The law only applies to telecom and utilities companies and providers of urgent medical services.