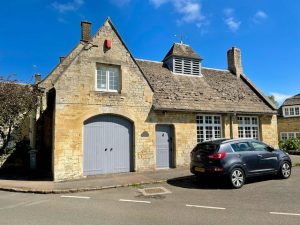 Our funky new home for the week. The old blacksmiths forge at Market Overton. It’s won awards for restoration. 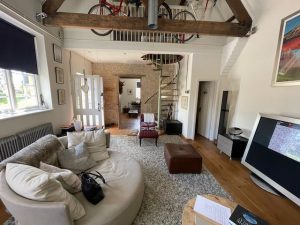 Jasper is coming with us. Typical, his parents then said, what about the other two? One’s enough for now. Within 30 minutes of setting off, we’re stopped by the side of the road as Jasper’s feeling sick. The journey continues with that all common phrase that can drive every parent crazy as a bed bug. “Are we there yet?”.

Then we get lost as my navigator misses a turn we should have made 5 miles back. Whatever was life like before satnav? 18 miles going round in circles, then we’re back on route. 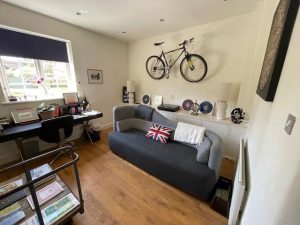 Office / TV room with yet another bizarre settee.

Now someones starving and if we don’t see a MacDonalds soon will probably die of starvation. Compromise and settle for a Burger King. Everyone agrees their chips (Fries for those who drive on the wrong side of the road) and Chicken nuggets are better than MacDonalds. 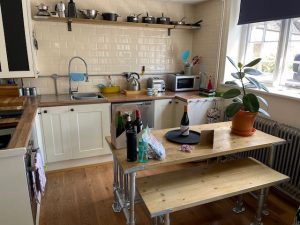 Finally arrive in glorious sunshine, 21 C to the Old Forge in Market Overton.

Jasper’s so excited. He thinks the “cottage” is so cool. His bedroom is 10/10 cool. We have to admit it’s probably best described as very funky. But it’s well equipped with a welcoming bottle of red wine, chocolates and basics in the fridge for us. He loves the lava lamp and Star Wars on the wall in his bedroom. The big question is will he sleep in it. He says he will.

We get unpacked and setup TV and chargers etc. Then it’s the delight of a trip to Tesco. Abandon hope all yea who enter there. Finally get back home for a well deserved beer and some wine – a Grenache, which I am pleased to say was good, will try some more. TV for the adults, more Sons of Anarchy, and ipad for Jasper.

Joy of taking our grandson on holiday for a week. Great for us and will do him good too.

So why did we come to Market Overton?

What’s its claim to fame and the attraction. 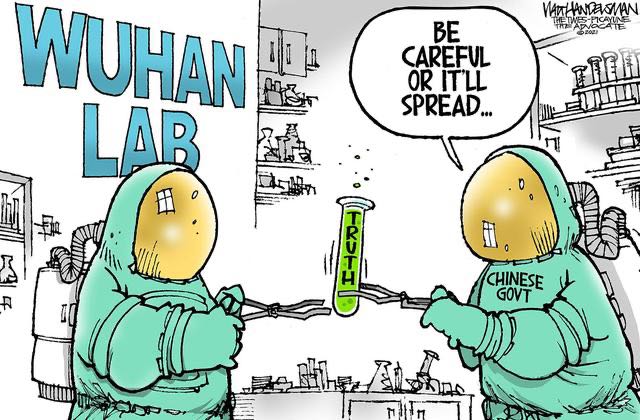 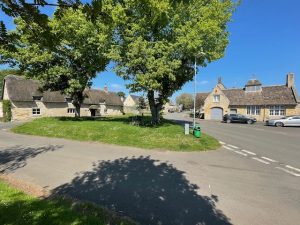 The village green, complete with stocks.

Great news, Jasper slept all night in his 10 out of 10, cool bedroom, so didn’t need the blow up bed. Perhaps we should buy a lava lamp and put some Start Wars on the wall back at home.

Had a saunter around the dead centre of Market Overton. Wow, there are some old gravestones there. Your 6 square feet of inconvenience and immortality, well almost! The church seems really busy all of 6 people attended the Sunday service. Love the stocks on the village green. We really ought to bring back some of these old punishments to deal with the scroats. 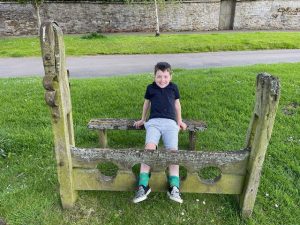 Perhaps an alternative to the naughty step.

Then after the usual lazy morning start, we drive to Oakham and pop in to see Dave and Joyce (my cousin). Take Jasper to a local park for a picnic and to play.

Then it’s a trip into Oakham to buy Jasper some of those wrist bands that allegedly stop car sickness. I’ll believe it when I hear it, but at least it might just be a placebo effect. Wendy, also needs some brandy. They have a nice choice of brandy but most of them are just too expensive to be polluted with lemonade. Settle on a bottle of Asbach, German brandy, haven’t seen it for a long while. 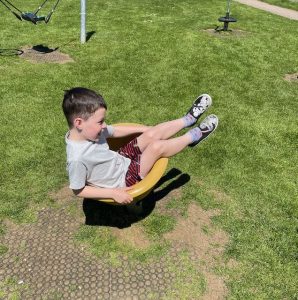 Fun at the park, using the theory of conservation of angular momentum. Jasper can explain it.

Then we drive down to Rutland Water to price up kayaks and bike hire ready for Tuesday. As you would expect on a bank holiday weekend it’s busy, with more people than good bacteria in a healthy gut.

Finally back home with plans for dinner at the Black Bull in the village. Oh sorry we’re not doing dinner tonoght. Typical. Never mind home for Hofbrau, cheeseburger and wine.

Enjoy a picnic watching Jasper enjoy playing on the park. The simple pleasures can be great and once you prise him away from his iPad he really enjoys himself. 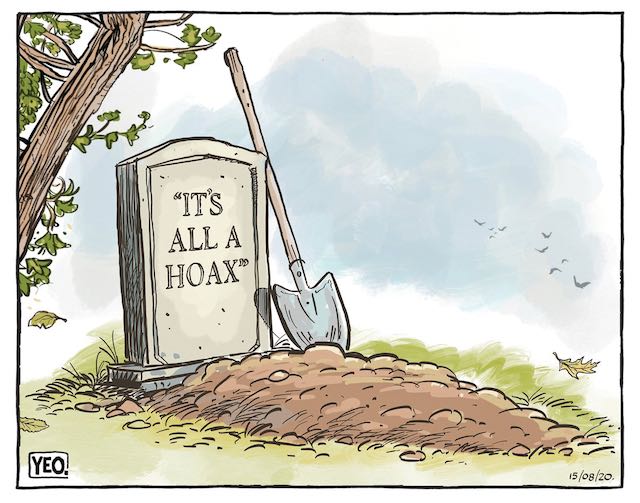 What a good job we left this socialist, snowflake, Kakistocracy.

Evil Union – BRUSSELS bosses have been slammed for splashing British taxpayers’ cash on dance and puppetry lessons for asylum seekers.
Eurocrats spent almost £350,000 on the projects to help migrants fit in. 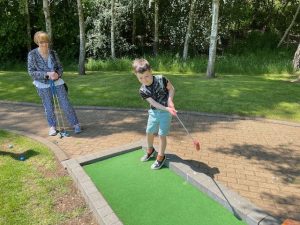 Jasper, teeing off and he gets a hole in one.

Another success with Jasper, he sleeps in his own room, no problem. He’s obviously getting in training for being a teenager, 08:30 he saunters out of bed.

What to do with an 8 year old. Actually, it’s dead simple just let him stay in and play on his iPad. Trying to get him out is the hard part. 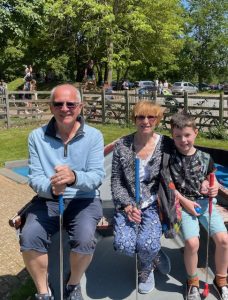 We set off to Rutland water for a game of mini-golf, he really loves playing this, so excited. Then onto the adventure playground for an hours play and a picnic. Have a leisurely stroll down to the reservoir. Wow it is so busy. But Jasper really enjoys himself here.

In the evening we go to Joyce and Daves for dinner. It’s a great pick me spread including Melton Mowbray pork pie and Stilton cheese, not forgetting red wine. Awesome. Jasper has a MacDonalds, so much simpler.

Enjoying dinner of Melton Mowbray’s finest and Joyce and Daves company. I think Joyce is my only remaining living relative ALways good meeting up as she knows all the family history and scandal. 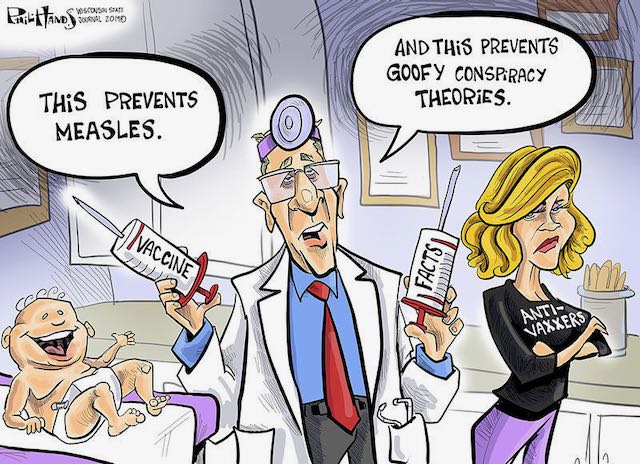 You really couldn’t make this lunacy up.

Hundreds of people have gathered in central London to protest against the coronavirus vaccine rollout. Some people claimed the pandemic was a hoax while others were protesting against vaccine passports.

One man, who did not give his name, told the PA news agency he had come “because I want to be free and I want you to be free and the Government are lying to us”. 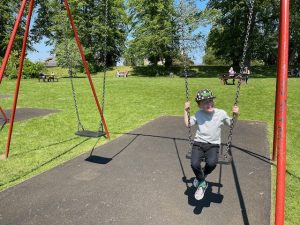 Lazy start then we’re off into Oakham.

Go to the play park there and have a picnic. It keeps Jasper happy. Same park where I used to play over 60 years ago. They’ve got rid of the see-saw since then, health and safety no doubt, and no longer have a paddling pool. 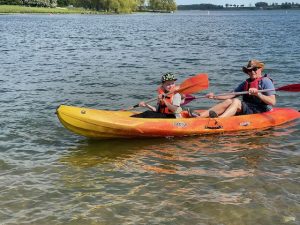 The joys of sit-on kayaks.

Then we’re off to Rutland Water to go kayaking. rent a three-man sit on top kayak. Jasper’s so excited and loves it. First time “I’ve been on a sit-on kayak. Certainly not very comfortable, kills your back and within 30 minute my foots gone dead, but they all seem to be going to sit on’s, I suppose they’re a lot safer if they tip over. Having said that they’re very stable and I wonder how many people ever drowned in a sit-in kayak? Give me a sit-in kayak any day.

Then it’s off to Aldi, followed by dinner at the Old Buttercross, not easy to find and a pretty good menu but all the foods pre-pared by a microwave operative, no chef needed. Everythings just microwaved.

Being fit enough to take my grandson kayaking. 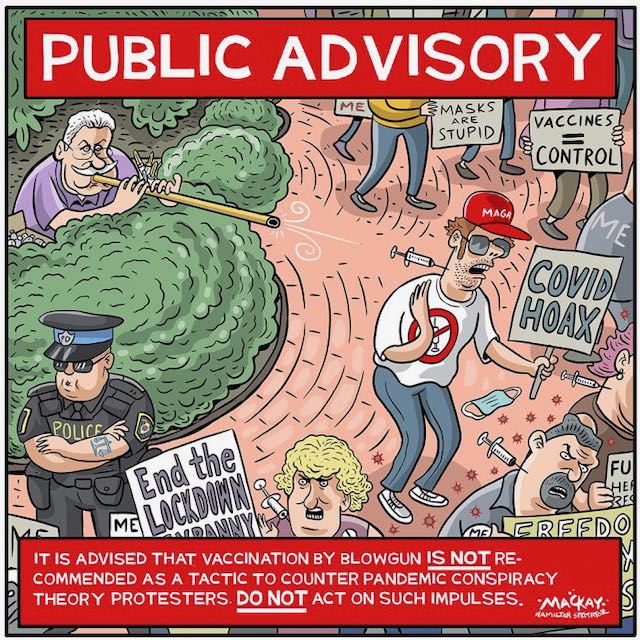 More from the loons. America seems to have a surfeit of real crazies, crazy enough to think the sun’s not real because it went dark at night. Just remeber these people are allowed to vote.

Rick Wiles, a right-wing Christian talk show host and anti-vaxxer has been hospitalised with Covid-19 after saying vaccines would wipe out “stupid people”.

Less than a month ago, Mr Wiles said he would never get vaccinated. His website, TruNews, announced over the weekend that had been infected and taken to hospital where he had been given oxygen. The announcement was reported by Right Wing Watch.

The right-wing broadcaster told his audience last month that he wasn’t getting vaccinated because he believed the vaccines were being used to commit a “genocide,” to kill hundreds of millions of people.