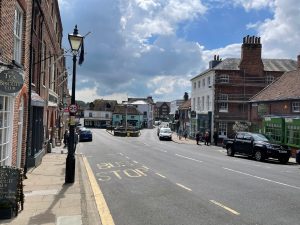 Usual lazy start, even at Bretts. Then we have a drive down to Arundel. Quaint little town with splendid castle (closed). Pleasant walk down the river and view our kayak start point for tomorrow.

Drive onto Littlehampton, sadly the fishmnoger we wanted to buy a load of fish from, to take home, is closed but call in at a Brewhouse which sells draft beers in flagons – remembered those from nipping to the Offy (off license) way back when.

I really fancy trying a Sussex Smokie but the pub that does them is closed. The first day theyre allowed to open for indoor customers, after 3 months lockdown, and the lazy arses are closed – no enterprise. 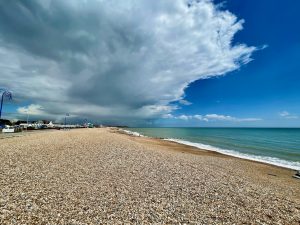 End up going to the Lobster Pot cafe on the beach. Fortunately they don’t sell beer so I’m not tempted to break my no drinking during the day commandment. Never mind soon be 17:00.

The weather is weird. One minute clear blue sky, next minute it’s rainin’ like a cow pissin’ on a flat rock. Then back home for afternoon tea.

Lucky to be able to spend quality time with Brett & Karine. Enjoy their company even if it does take us hours to choose what to watch.

Oh joy,Blackburn manages to excel yet again. Have they won best place to live award, city of culture, city of flowers or any other award. No they’re top for most cases of the Indian Covid 19 variant.

The press are really trying to strike fear and terror with this “Indian variant of concern” when no one truly knows how transmissible it is and it would seem that the vaccine is effective against it.

I had to laugh at one reporter who claimed that the high incidence in Bolton and Blackburn was down to areas of deprivation, poor housing, low income, ethnic minorities, overcrowding and multiple families in the same house. When we all know the problem is down to muslims not getting the vaccine. Exasperated by Eid and any other 7th century celebration. You can see the direct correlation between high incidence and muslim neighbourhoods, but no one wants to talk about that. In the UK only 8% have not had the jab when they’re eligible but 28% of muslims haven’t had the jab.

So why don’t muslims want to get vaccinated? Let’s talk about it.

From his fishmongers in the Blackburn suburb of Bastwell, Zohar Mahaldar sees and hears it all. “It’s getting very frustrating,” he said. He can’t quite believe how many people he has to shoo out of the shop for not wearing a mask, despite Blackburn having the highest overall Covid-19 infection rate in the UK.

People don’t want to take responsibility for their own health, he complained. “They say, ‘but it’s written by the almighty!’ They think if it’s Allah’s will, he will protect them. But I say to them: ‘Allah also gave you a brain’.” It’s suicide not taking Covid seriously, he said: “And suicide is haram in our religion. It is not allowed.”.

Influential muslim traditions warn that innovations sometimes come with danger, and a fear of God can produce fatalistic attitudes towards disease: even viruses are part of creation, after all. But the most distinctively Islamic concern is much simpler. Lots of believers worry that vaccines contain pork.

If common sense was applied then you would think that overcrowding, increased ethnic risk and all the other factors that make muslims a higher risk would make them be more keen to get vaccinated, not less.

Simple if you don’t want the vaccine then that’s your choice but there are consequences. In the ideal world those would be no passport, no access to indoor services and if there’s a queue for NHS services then those who could not be bothered to look after their health with a vaccination go tot he back of the queue. 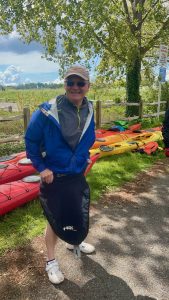 Getting my spray deck on. Serious kayaking.

Brett and I are up and out for 09:20 to spend the day kayaking up the river Arun. It’s only the fastest flowing river in England and we’re going 14 miles upstream against the current. Fear not they said the tide will be going in so it will be easy. Fortunately we have touring sea kayaks which are sleek and efficient. Bad news is they are that sleek they tip easy. 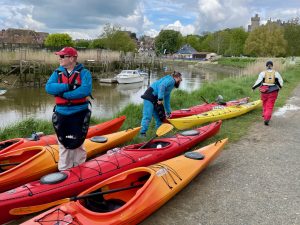 Brett ready for the off.

Well it turns out they got it all wrong and we end up paddling against the current for 5 hours. We even had to paddle to just stand still. Seems we set off too early and yesterday’s rain is delaying the incoming tide. As fast as we paddle upstream we’re running ahead of the incoming tide. Amazing that the tide goes 25 miles inland on river Arun. After 5 hours we’re able to dock and get out for lunch. 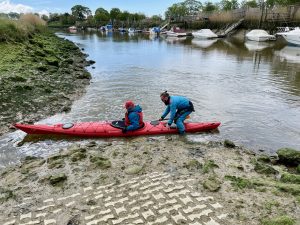 Amateurs strike again. But despite it all we have a great day out on the water and the weather remains sunny.

Abandon the whole 14 miles at the halfway point. It would have been a 20:00 hours finish, if we’d have survived the whole trip. 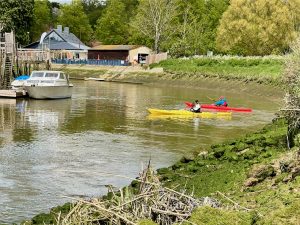 Bretts adrift, it’s a strong current and those sea kayaks are difficult to turn.

Wendy gave the kayaking a pass and went shopping, it’s what women do best. Karine had to work. Brett and Karine have it made, they both work from home in their separate home offices. 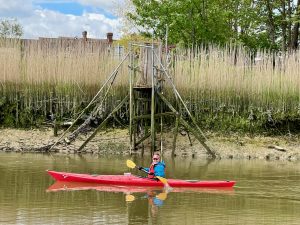 Finally ready for the off.

Back home for an excellent Moussaka, cooked by Wendy and Karine with interference from Brett. He really couldn’t resist dabbling.

Perfect end to a great day.

Being fit enough to enjoy a day out kayaking up the river Arun with Brett. Awesome. 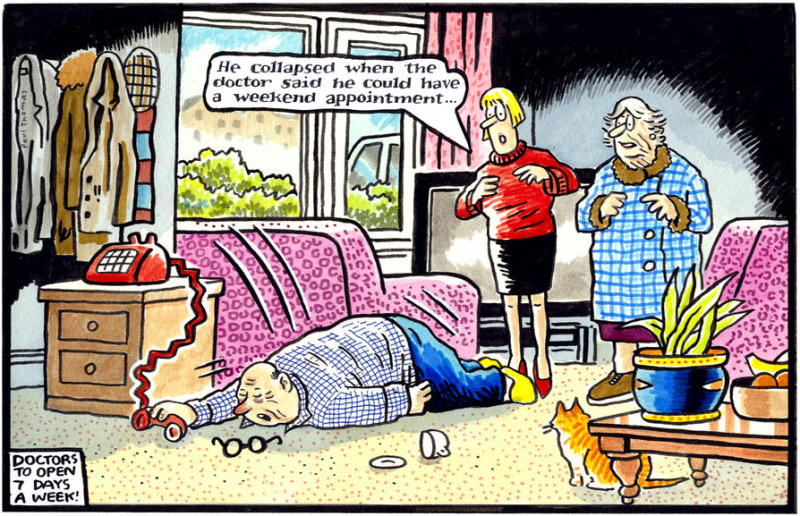 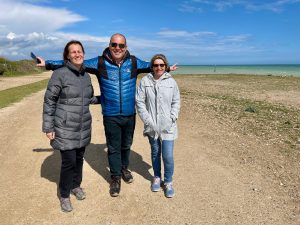 Well end of our 4 days with Brett and Karine as we set off back home. Really enjoyed our stay. Off on the road by 10:00, a record for Wendy. A congestion free trip home.

After 18 days have to admit it’s nice to be home for a welcoming German beer (Javer and Konig Pilsner). Hopefully not home for too long before we can escape again. 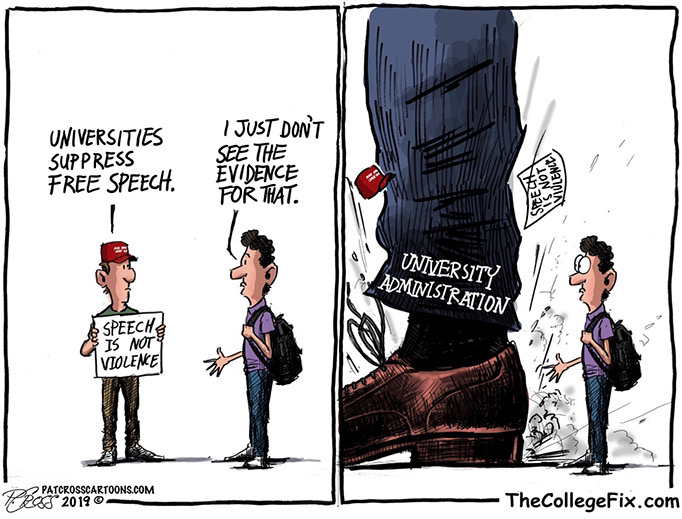 A university has escalated disciplinary action against a law student who said that women have vaginas and are not as physically strong as men. Lisa Keogh, 29, a mature student, was reported by classmates for her “offensive” and “discriminatory” comments that she allegedly made during lectures at Abertay University, Dundee. She was also accused of saying that women were the “weaker sex” and calling other students “man-hating feminists” after they suggested that all men were rapists and posed a danger to women. 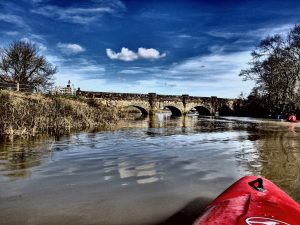 View from a kayak on the river Arun.

Esther is delivered at the crack of sparrows a two day sojourn. 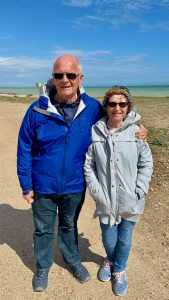 On the beach at Elmer Sands.

Anyway they finally decide on a plan of action. No point in steroid injections as they wouldn’t know where to inject. Surgery is no use. Turns out she just has to put up with it, physio therapy and pain management. 9 months to come to that. I’ve been telling her for months to go and see our physiotherapist. Oh and they’ll review in 6 months.

Wendy phones the physio when she gets home and thanks to a cancellation she gets to see our physio that afternoon. He sounds confident he knows what the problem is and can improve it. Gives her some traction, some exercises to do and plan of a 4 week traction and acupuncture course. Well even if the traction doesn’t fix it at least she may be able to reach the top of the kitchen cupboards after it. Amazing what private medicine can do. Now we need to get copies of the MRI scan so that if we go to America we can get a second opinion.

Seeeing Esther again and enjoying watching her play and develop. She’s such a character. 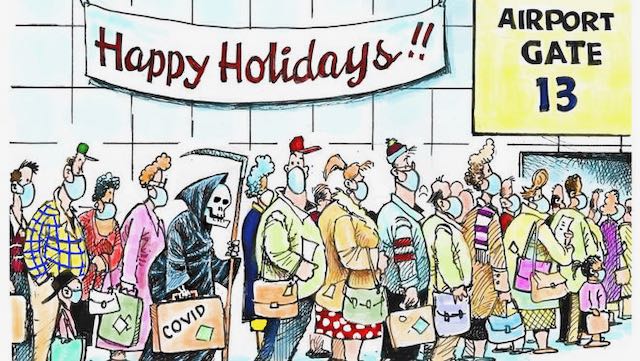 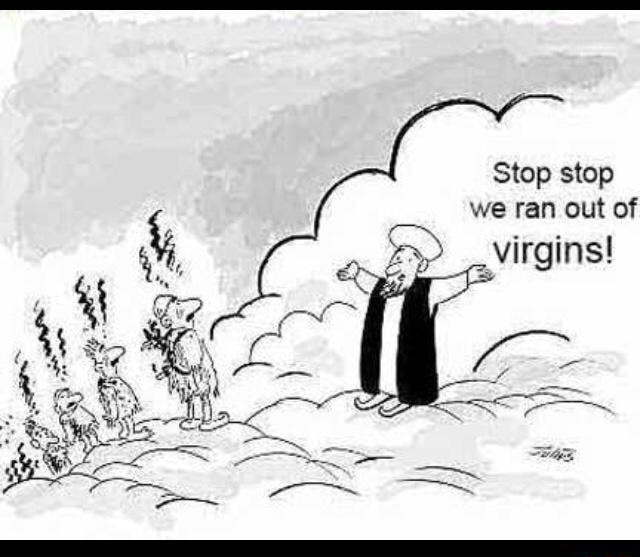 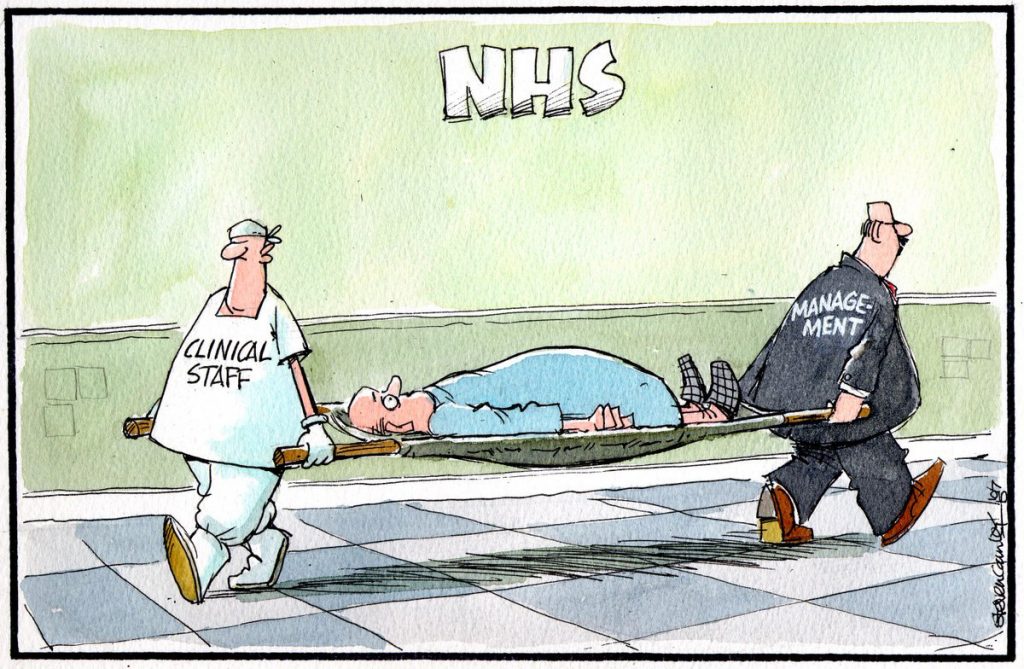 I hate to criticise the NHS because I believe it is a fundamental human right, as long as people contribute to it, even if by workfare. We have such able and dedicated front line staff, just totally let down by government and senior management. Now I realise our American friends will think that this socialised medicine is tantamount to communism.

The whole philosophy needs some major rethinking. If we’d have gone to see a consultant in America he’d have packed her off for MRI and every diagnostic known to man and within a week would have the results and a plan. Problem solved promptly but you’d pay for it. Sadly with the NHS we’ve already paid for it, as the cost of a battleship was taken out of my monthly wage for NHS. Problem with the NHS is that theres’ no concept of you being a customer. Often told by NHS that “you have to appreciate this is the NHS and it’s free”. My acrid retort to that is, “it’s not free I’ve paid for it and you have to realise I have a syndrome where I go through life thinking I’m a valued customer who pays your wages and can expect good service, it’s not contagious or dangerous, and the only cure is decent customer service”.

I quite like the French system – I know that praise of anything French is rare from me – but they have social medicine (NHS) but you pay directly for treatment and then claim back about 90% of it from their NHS. Good thing with this is it encourages a direct relationship with your clinician as you are going to pay him directly and encourages competition.

Try getting a NHS GP’s appointment? That’s a 40 page rant for another day.