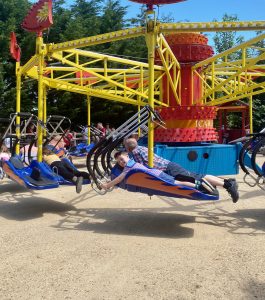 Prompt start to the day, that means we’re out by 10:30. While we get ready and motivate Wendy, Jasper plays on iPad and Switch, sometimes both at the same time. We seem to spend all our time charging up his devices. Trying to tease him off the iPad to go out is a nightmare, yet once he’s out he loves it.

Then it’s off to Twin Lakes theme park at Melton Mowbray, just 25 minutes away. Jasper can survive that long in the car without any problems, especially now he wears his accupuncture sick wrist bands. 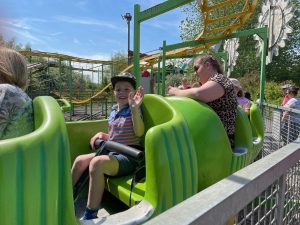 Wow, is it expensive? £65 for a day at a theme park. This is no Disney but has plenty of rides and things to do for Jasper. Weather is gorgeous, but you forget how tiring it is just walking around, queueing nad having to go on some pewk inducing rides. Good thing about this park is it has some imaginative play areas for kids of all ages. We can sit and have our picnic whilst Jasper burns off more nergy. By mid afternoon the queues are getting intolerable. 15:30 time too escape back home.

Our VRBO rental may be weird and funky but it stays amazingly cool. 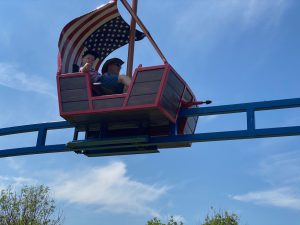 For dinner we’re off to The Wheatsheaf at Edith Weston, home to the best ribs ever in my experience. Bearing in mind I’ve experienced ribs all over America and yet these are still the best. We meet Dave and Joyce at the pub. Rest of the foods pretty good it was just the 1 hour wait, slower than a herd of turtles stampedin’ through peanut butter, that spoilt it.

Another great day out with Jasper and sharing some of the rides with him, even if they did turn me green.

You just have to watch this unbelievable video. Only in America! 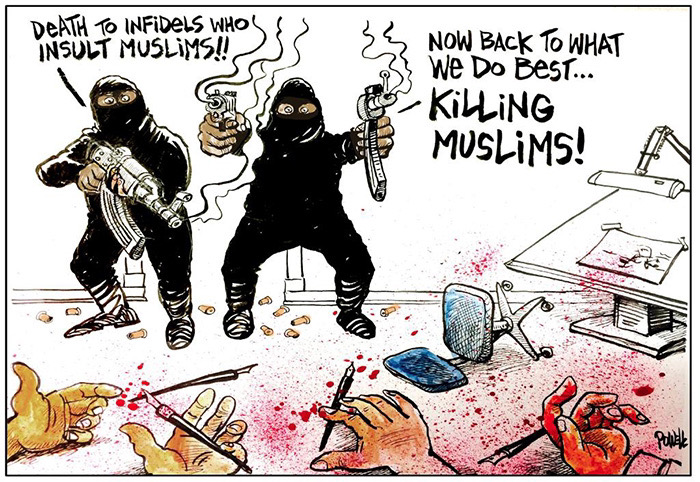 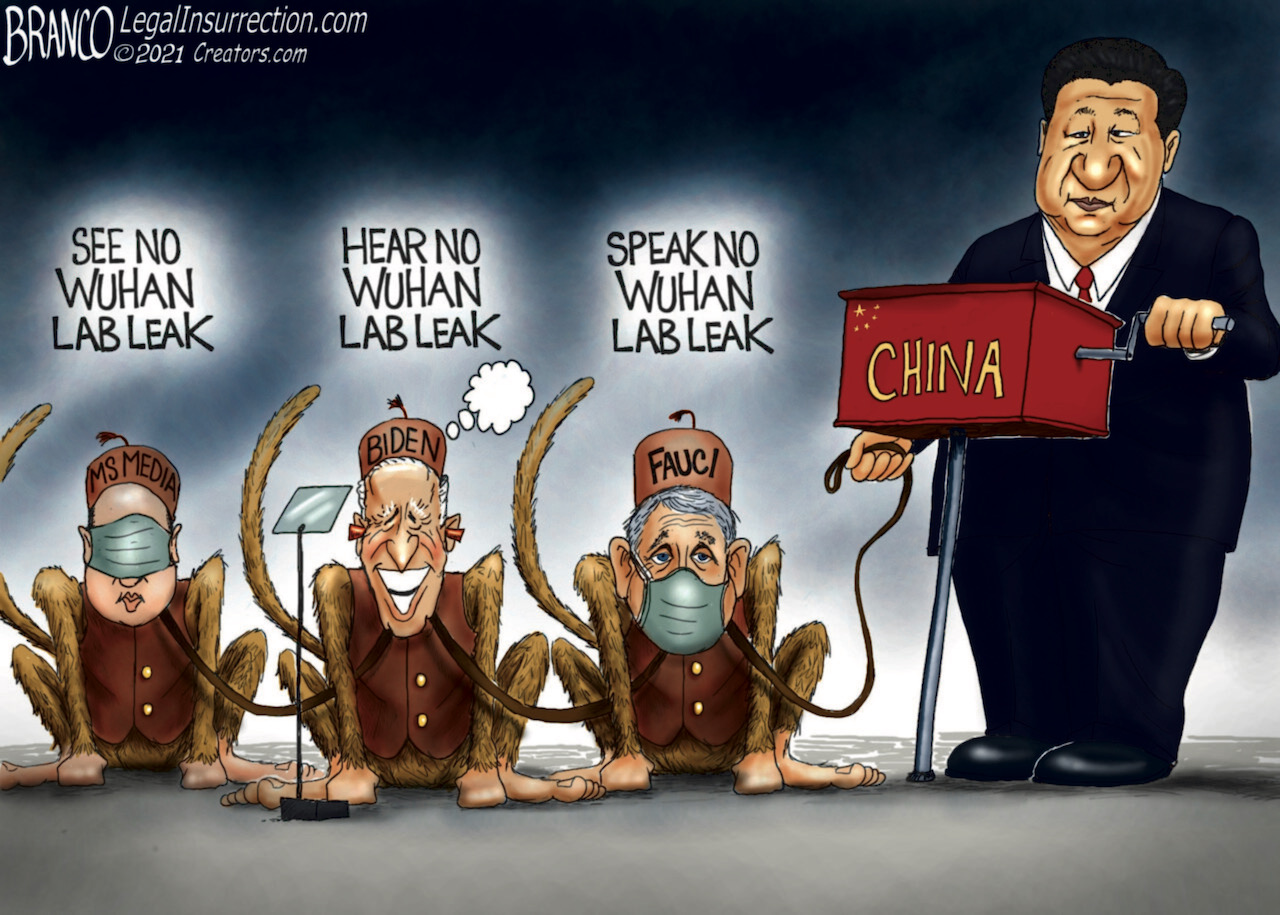 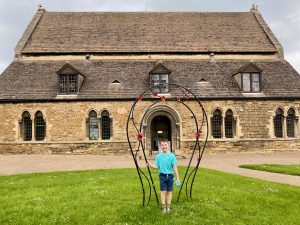 A lazy start today. How unusual.

We both start the day off with a visit to the opticians for a long overdue eye test. Seems so much safer here than in scroat infested, anti-vaxer, Blackburn.

Jasper gets a tour around Oakham castle. Not really your traditional style castle but a lot of horseshoes. 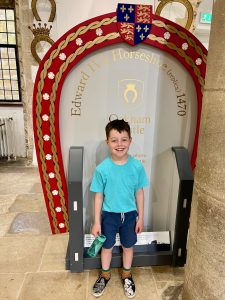 Off up to Nottingham. Visit my mum and dads grave to put some flowers on. As Jasper says, “it’s sad”. Then go to look for a playground and a stones throw from the dead centre of Nottingham is a superb little playpark with some really imaganative equipement on. We have our picnic lunch whilst Jasper enjoys himself.

Then it’s the highlight of the week for Jasper as we head to Nottingham Bowl. Must be over 55 years since I bowled there. Used to be one of my regular teenage haunts. In its day it was the largest bowling alley in Europe with 48 lanes. 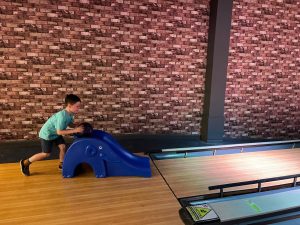 Jasper is so excited and so enjoys two games. Pity about the appalling customer service and the lying bitch of a manager who has no concept of customer service, the reviews were right.

Back home with a food stop at Sainsbury’s. We were going to the local pub but alas it’s steak night so Wendy didn’t fancy that. 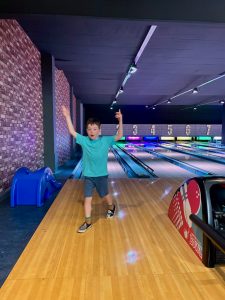 A pleasant evening in watching more Sons Of Anarchy and Jasper finally gets to play with Oren.

Another great day but spoilt as usual by the never ending tidal wave of stupidity you encounter. 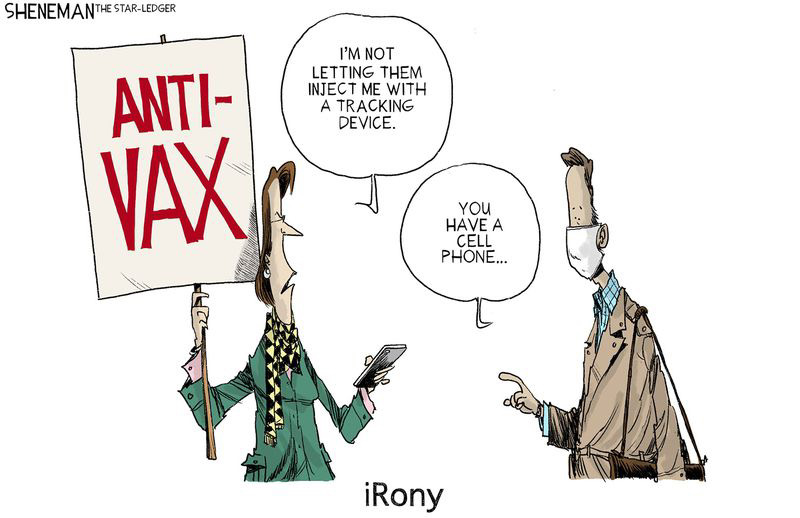 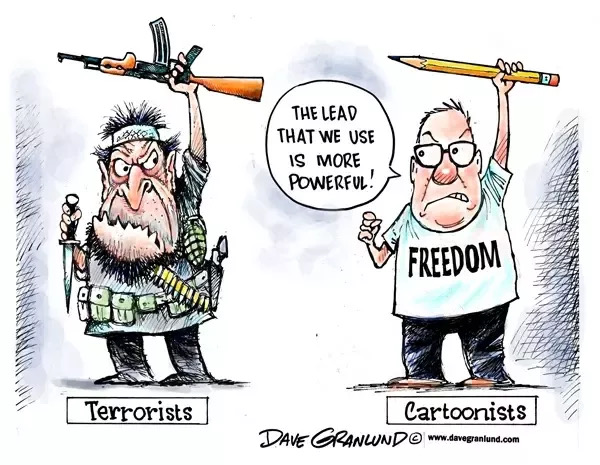 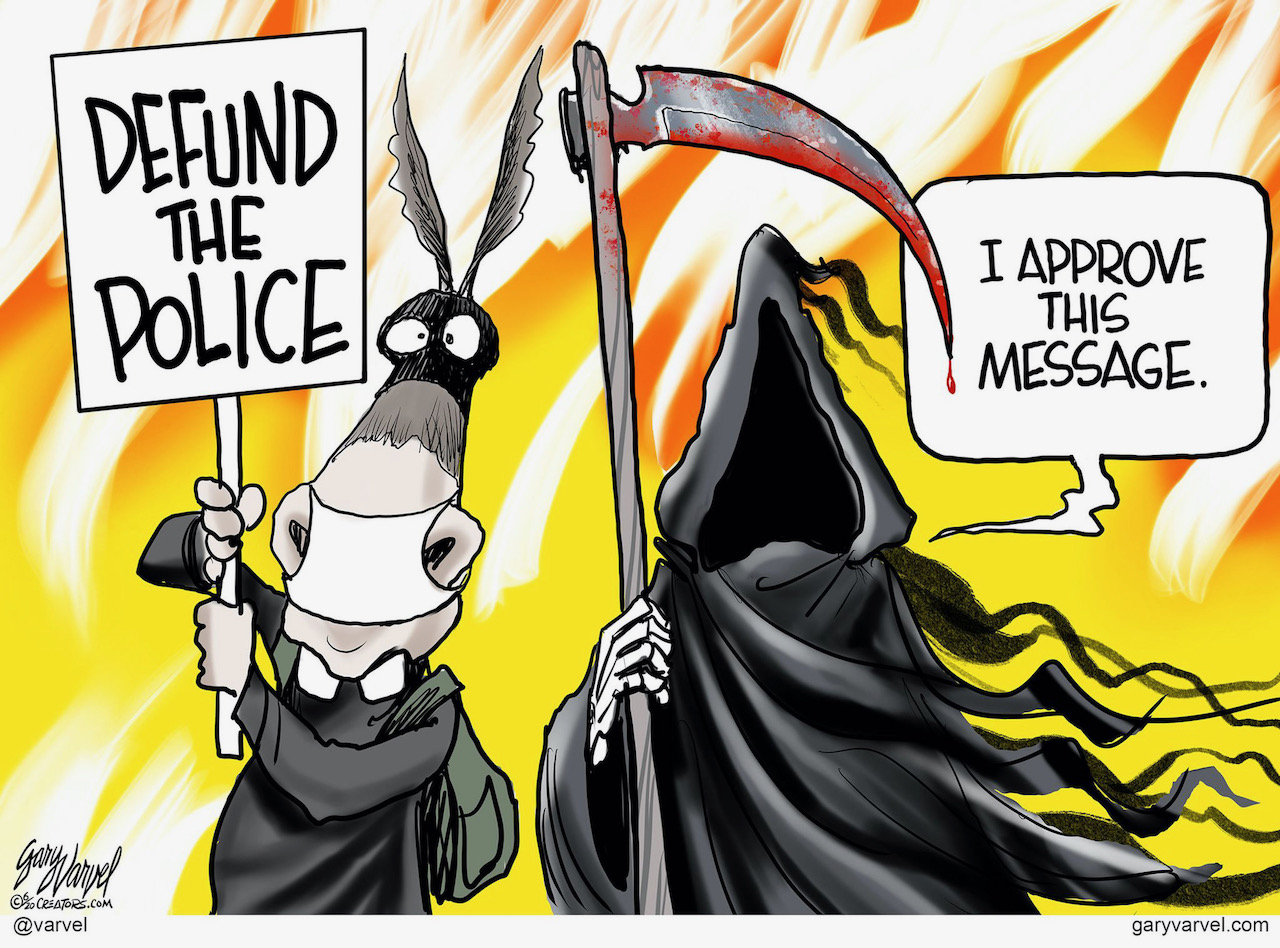 The wokes and do gooders have scored yet another home goal. Recent article from WSJ:

The movement to “defund the police,” which rose to prominence after Floyd’s death, has actually gotten innocent black people killed. As police have pulled back, our neighborhoods have been left unprotected. Crime has skyrocketed. Major American cities saw a 33% increase in homicides last year as a pandemic swept across the country. Preliminary Federal Bureau of Investigation data show that the U.S. murder rate increased by 25% in 2020. Between Dec. 11, 2020, and March 28, 2021 (after the Minneapolis City Council unanimously approved a budget that shifted $8 million from the police department to other programs), murders in Minneapolis, where Floyd was killed, rose 46% compared with the same period the year before.

Homicide rates in large cities are up 24% since January. Criminologist Joseph Giacalone, an adjunct professor at the John Jay College of Criminal Justice and a former sergeant with the New York Police Department, predicts they’ll increase even more this year. A recent Gallup poll found that 81% of black people say they don’t want less police presence in their communities.

AS THE RADICAL PROGRESSIVES CONTINUE TO TRY TO DEFUND THE POLICE, OUR FAMILIES, FRIENDS AND NEIGHBORS HAVE PAID THE PRICE. THE DEFUND-THE-POLICE MOVEMENT HAS BEEN A DEATH SENTENCE FOR INNOCENT BLACK CHILDREN. PARENTS AND GRANDPARENTS SUFFER MIGHTILY FROM THE GRIEF. 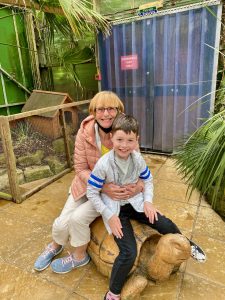 Weathers a tad dodgy today with the possibility of some rain but at least still warm. 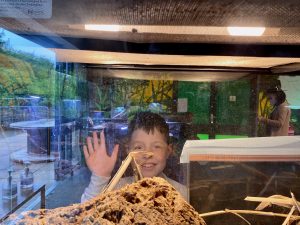 It’s raining for the picnic so we have it in the car overlooking Rutland water. Then Wendy takes him to the bug zoo. He really enjoys it and has taken loads of photos to show me. Head to the adventure play ground for an hour. We were going to play crazy golf again but the weather’s a tad unreliable, Jasper’s quite happy to go home and play with Oren. Easily pleased.

Joyce and Dave come round for Fish and chips from the local chippy and to see our funky abode. Jasper’s quite content to play with Oren.

Fish and chips with friends, Joyce and Dave. 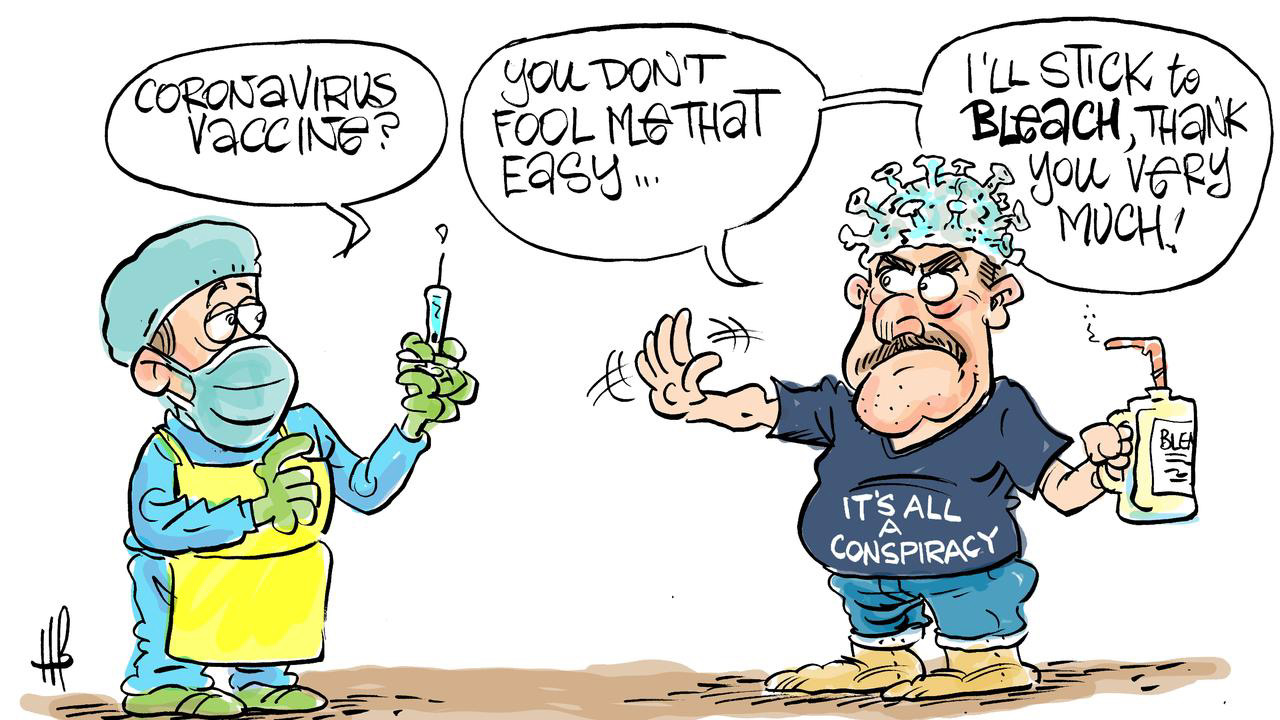 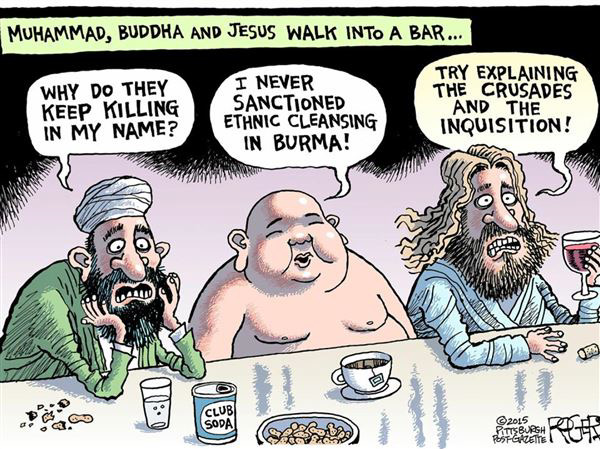 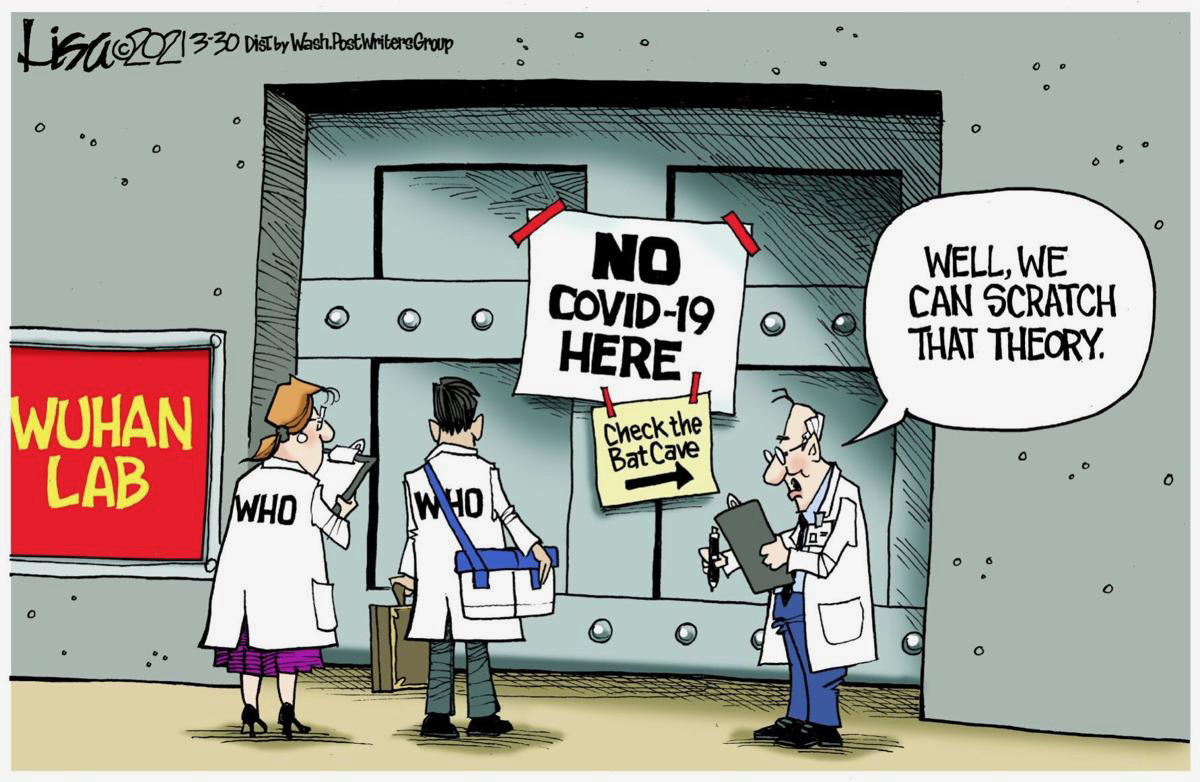 To me it has always seemed obvious. Chinas only “secure” bio lab was in Wuhan. They were doing research on corona virus and bats. They scoured bat caves for sources, with very little concern for safety. The Batwoman woks out of there. All too much of a coincidence that it all started there. And now they’re trying a cover up. GUILTY BY ASSOCIATION.

As to the conflicting articles that they tried “gain of function manipulation” to weaponise the virus. Some virologist say no evidence, others say “The Science Suggests a Wuhan Lab Leak The Covid-19 pathogen has a genetic footprint that has never been observed in a natural coronavirus” – https://www.wsj.com/articles/the-science-suggests-a-wuhan-lab-leak-11622995184.

AGAIN MY MONEYS ON CHINA’S GUILT. 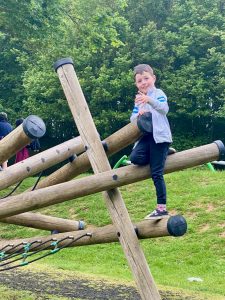 Yet another adventure playground.

Easily pack and depart our funky abode. We’ve enjoyed it but a week was enough. That shower was like trying to shower in a plastic burka on ice with a dribble of water leaking in.

Jasper dons his sick bands and we’re off. Call in at Melton Mowbray for the all important 5 pork pies and 4 stilton’s, presents for me and our sons. 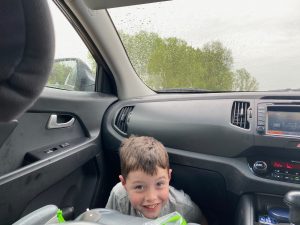 Then it’s a fairly uneventful journey up the M1 with a stop for MacDonalds of course. Amazed at the M1 nearly 4 lanes all the way and even more amazing is the lack of roadworks. Jasper takes the journey in his stride and has he can see the satnav not a single “are we there yet?”.

What a great village Market Overton is. Even has a village hall and a very active community. Thatched cottages and so much more charm than the tourist infested Cotswolds. How I would love to live there.

What a great week we’ve had with Jasper. No Tantrum, tears or trouble and best of all not a single plea to go home. He’s been great company and kept us active. How lucky can we be? 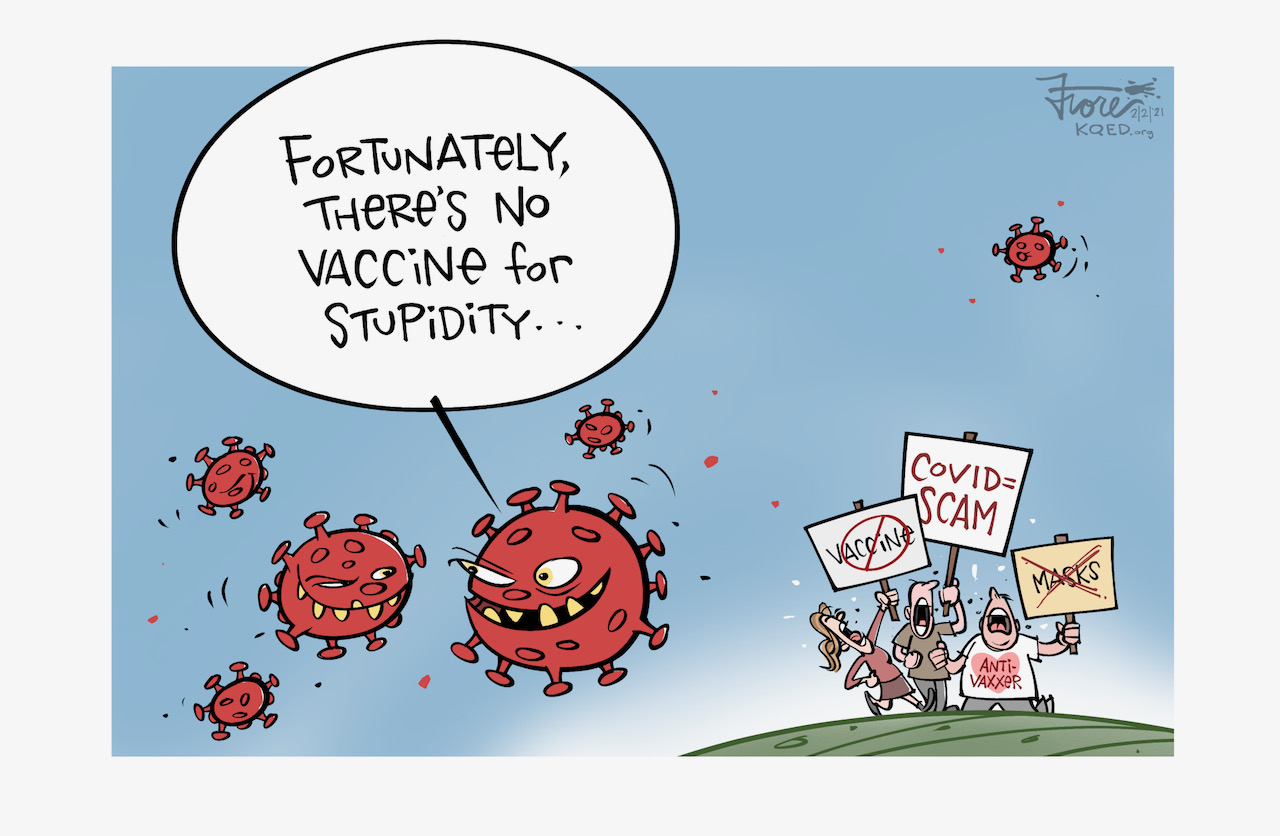 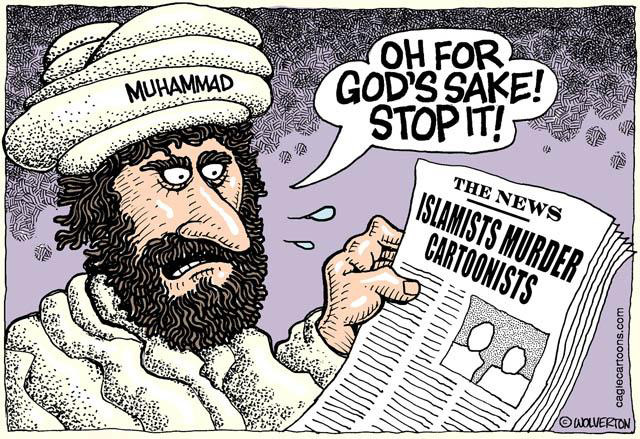 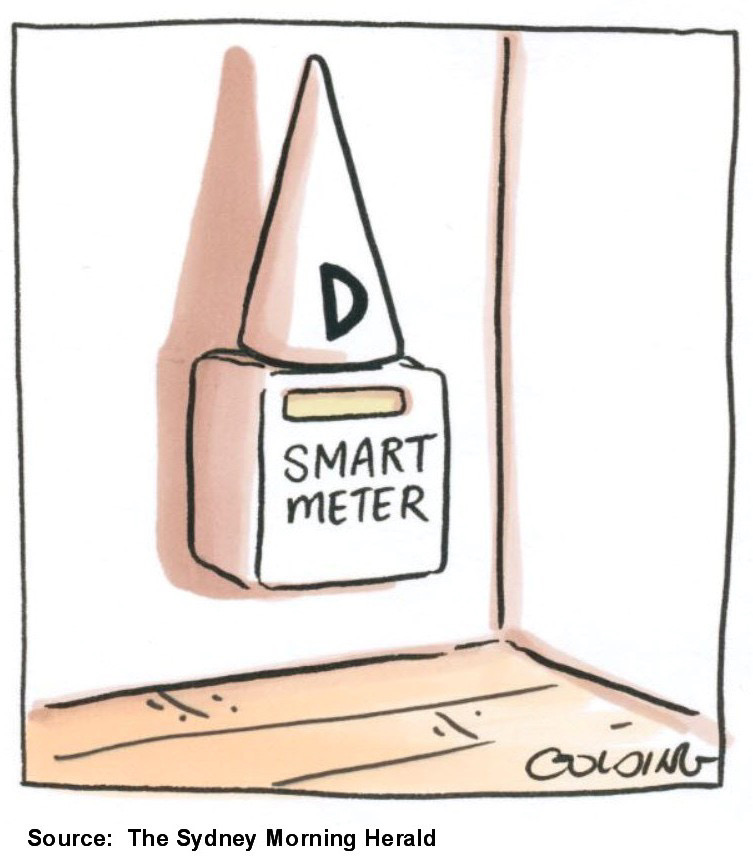 Not yet another request for a meter reading.

Thank the Flying Spaghetti Monster that I have a Smart meter. Gone are the days when you just looked at the meter to take reading, now have to be a touch typist – multiple button presses – and nuclear physicist to read my meter. Why am I even having to read it myself? Seems it’s not Smart enough to send the reading to my supplier. Prgress for you. Stupidity reigns yet again.

Don’t you just love the daily dose of stupidity served up every day without fail. Worse than that daily serving of thick brown cod liver oil forced down us as a child.