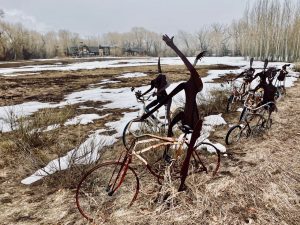 Happy cyclist are even happier now the snow has nearly gone.

Debate leave or stay. Stick with plan A, fly home on our original return date, Virgin and Delta have both confirmed our 16/4/20 flights. If they fail and we have to stay our travel insurance will cover us, as it’s beyond our control, just have to worry about ICE breaking down the door at 04:00. The government has changed its advice from stay to come home. All our kids think we’re better off here.

Go for a walk with B&M. Start off with the intention of a stroll around ghost town (AKA Park City) but it starts to snow – so much for the weather forecast.

Drive back down to the old Barn where it is glorious sunshine. Have a stroll back up to our place for coffee and biscuits.

After lunch, I set out for a walk in the snow down to Willow creek. Only see one person in 3 miles. A very quiet and snowy world.

We’re warm; dry; have plenty of food and water; have the Internet and books; can chat and see our kids and grandkids, even play connect 4 with them; have plenty of places to go for an awesome walk; have plenty of good friends around; and last but by no means least have plenty of wine, bourbon, beer and brandy. On top of that we have our health. What more can we wish for? 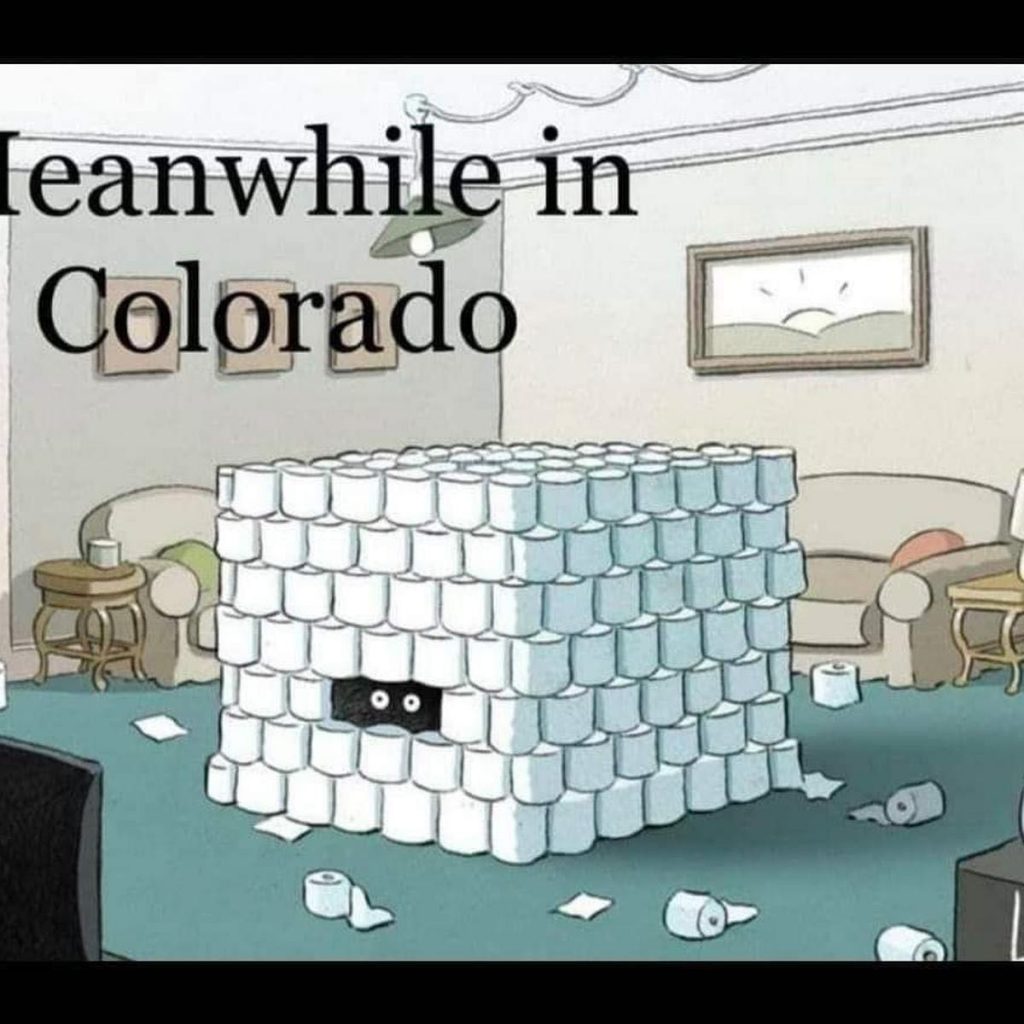 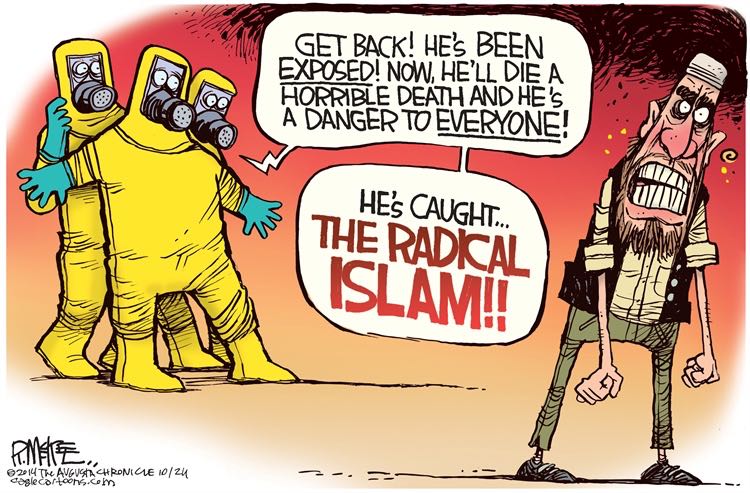 Well the press continue with their stories of gloom, doom and panic. You don’t seem to get many good news stories. In fact the cynic in me suspects that the situation in Italy is improving dramtically as we’ve not had any Italy panic stories for several days now.

“WHO continues to advise against the application of travel or trade restrictions to countries experiencing COVID-19 outbreaks.

In general, evidence shows that restricting the movement of people and goods during public health emergencies is ineffective in most situations and may divert resources from other interventions. Furthermore, restrictions may interrupt needed aid and technical support may disrupt businesses and may have negative social and economic effects on the affected countries. However, in certain circumstances, measures that restrict the movement of people may prove temporarily useful, such as in settings with few international connections and limited response capacities.”

“Travel measures that significantly interfere with international traffic may only be justified at the beginning of an outbreak, as they may allow countries to gain time, even if only a few days, to rapidly implement effective preparedness measures. Such restrictions must be based on a careful risk assessment, be proportionate to the public health risk, be short in duration, and be reconsidered regularly as the situation evolves.”

“Travel bans to affected areas or denial of entry to passengers coming from affected areas are usually not effective in preventing the importation of cases but may have a significant economic and social impact.”

“Several countries that denied entry of travellers or who have suspended the flights to and from China or other affected countries, are now reporting cases of COVID-19.”

Common sense and science led advice seems to be a scarce commodity these days.

Lazy mornig. Talk to the kids. Play Connect 4 with Jasper. 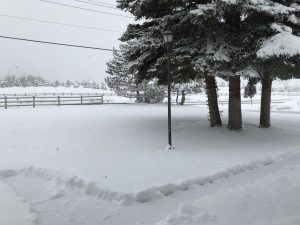 View from dining room this morning.

It’s snowing all day so little chance of my daily hike.

Send our shopping list to Fiona. She laughs at the contents with frequent outbursts of “No chance”, “are you joking”. Great isn’t it when we can get the kids to our shopping for us. At least there are some benefits to this PPP.

Under normal circumstances, I’d rather walk through Tehran in a star of David tee shirt than go to the supermarket. However, when you’re going stir crazy every little outing helps. So I drop off a bottle of Jamiesons for my mate Shaun at Hertz who looks after us so well, and then it’s Freshmarket with Wendy. I have to push the trolley to save her back.

In the evening we’re off round to B&M’s for dinner.

Then it’s the final episode of Tyrant, but bugger me if we don’t fall asleep through the last 20 minutes so we have that delight to come tonight. 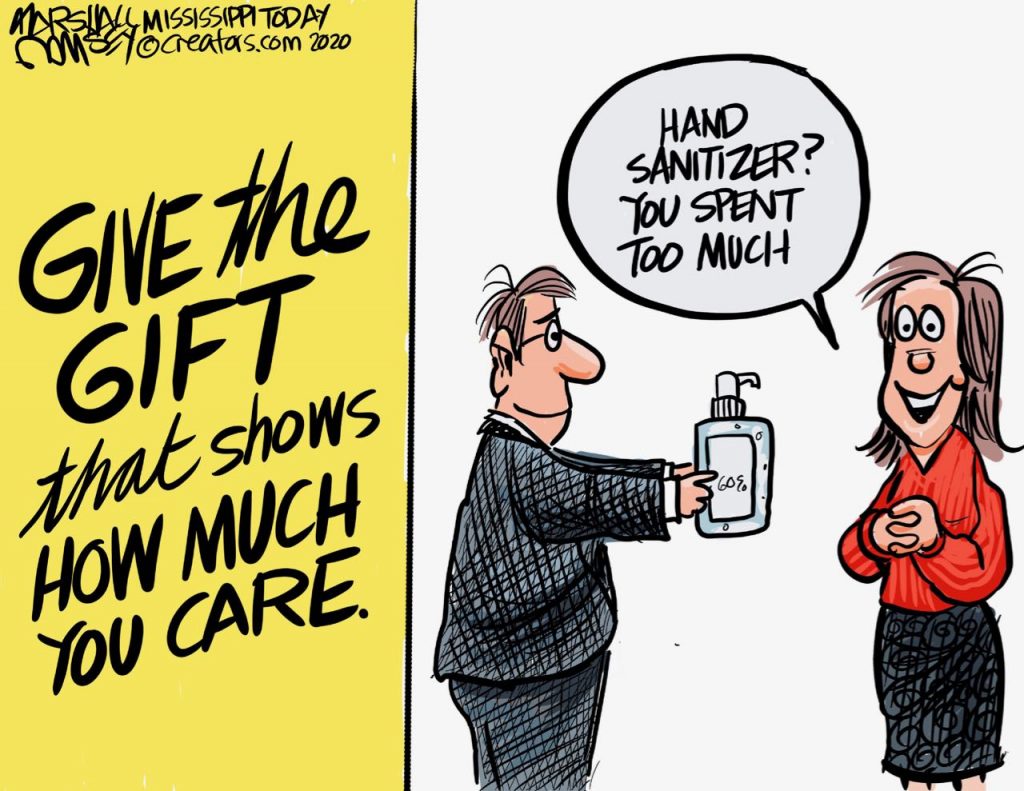 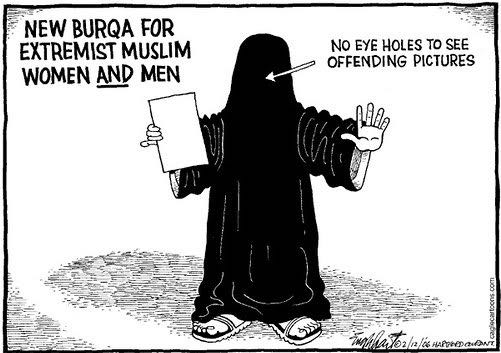 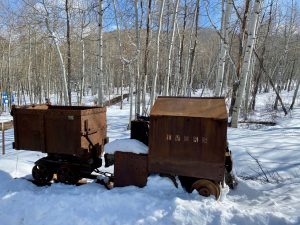 “More than 160 migrants were caught crossing the Channel yesterday as fewer French patrols and warmer weather prompted an upsurge in attempts to enter the UK.

Border Force intercepted and brought to Kent 95 migrants in six separate incidents, one of the biggest ever daily totals since growing numbers started to make the journey two years ago.

A further 74 people were caught by the French authorities and returned to the port of Boulogne.”

Why are we bringing any of them into this country? They’ve come from France so are economic migrants, not asylum seekers. Why don’t we just return them to France or first flight back to where they came from, and if we don’t know where that is then Syria will do.

I’ve no doubt the snowflakes among us, just like Merkel, will want to welcome them with open arms and put them up at the Ritz. Open borders will not work. About as crazy as a soup sandwich, pots for rags. 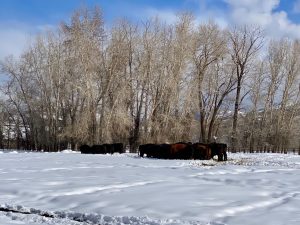 At least the cows are well fed.

Stuck in all day as it’s snowing.

Debate what to do now that they want all visitors to leave by 1st April latest. Wendy whittles and doesn’t know what to do. Stay until 16th as per plan A or leave ASAP. The decision is in my court. As we’d be here illegally after 1st April – see rant below – this would invalidate our travel insurance. Fortunately, we spot a couple of BA flights for just $550 on Sunday so go for that.

A bottle of wine and some bourbon helps end the day. We finish watching “The English Game” on Netflix – good watching. 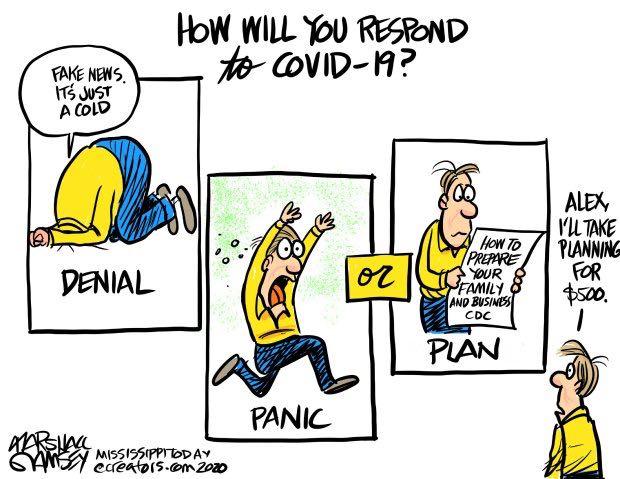 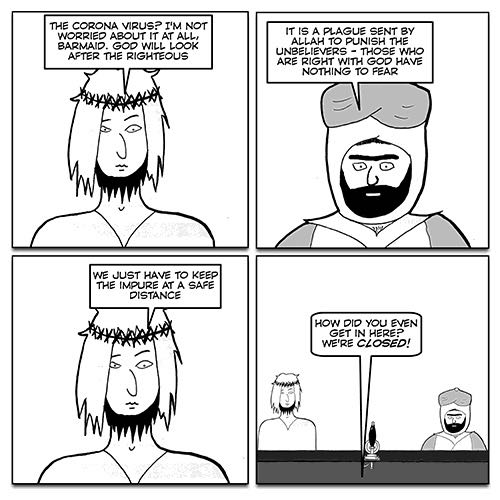 Section 8. Visitors. Visitors to Summit County are directed to return home immediately upon the issuance of this Order, no later than April 1, 2020, by the fastest and safest available means……. 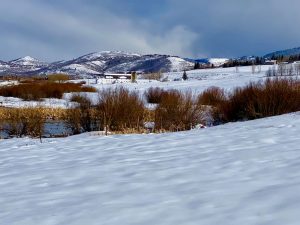 My favourite old barn from the other side.

Well that’s Plan A screwed as our insurance will not cover us because we’ll be here illegally after 1st April. Time for Plan B. Fly home American Airlines, not our favourite airline, via Dallas, Heathrow and then to Manchester via BA, certainly not our favourite. If it wasn’t for the insurance I’d have stuck with Plan A.

No taxis in Blackburn so Kurt offers to drop a car off at Manchester airport, but it’s cheaper (free with my points), a lot less hassle and risk if we get a hertzmobile to home and return it the next day. I know non-essential travel and all that but it’s a lot safer all round than trying to get a taxi or a bus or a train. Let common sense prevail. In the event of getting stranded at Heathrow then Brett will either drive us home or loan us his car for us to drive home.

Drop the Walther PPX off at Mikes. He’s totally pissed with all the PPP. 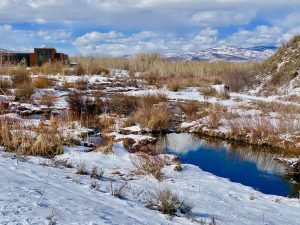 Another awesome sunny day walk in the fresh snow. I’ll miss this.

Then we take all our stuff, and boy oh boy do we have some stuff, around to the lockup at our summer residence. Turns out there’s plenty of room and the boxes are just great to pack it all in.

After dinner, I take our winter clothes, skis and shoes over to Hal’s for storage, along with a red cross parcel of all our excess food. Carol also had some masks for us, great to have so many good friends. Sadly we did a big shop on Wednesday because we thought we’d be here until 16/4/20, Plan A, but alas no so a lot will be wasted. Thankfully I kept out of the liquor store.

B&M pop round with my Campos coffee I ordered and to say goodbye.

I have a walk around the Canyons and back down past the church to try and see why they are shifting so much soil around. It seems like a big building site, bet there’ll be a mile high block of condos there this time next year. 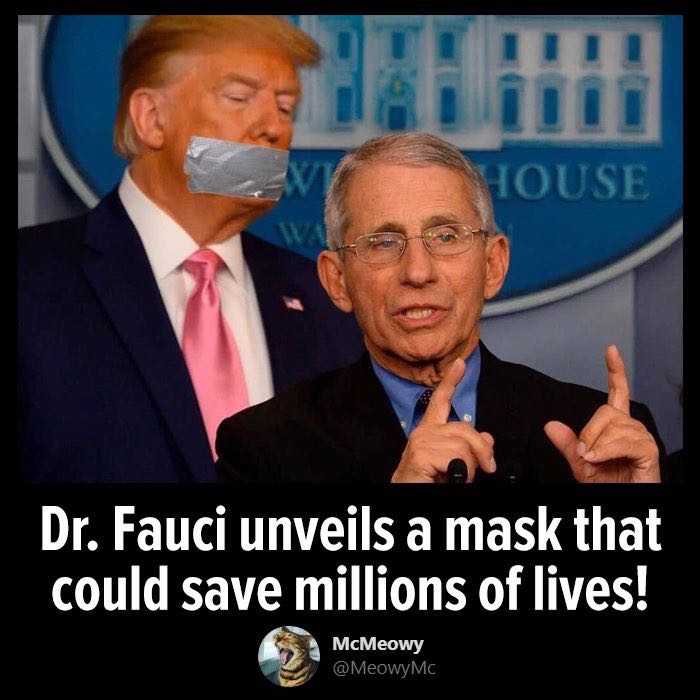 Amid concern from civil liberties groups over the extent of the new enforcement, Jenny Harries, deputy chief medical officer for England, confirmed that police were correct to stop people driving to places for exercise. Why? What is the rationale?
This entry was posted in Uncategorized. Bookmark the permalink.