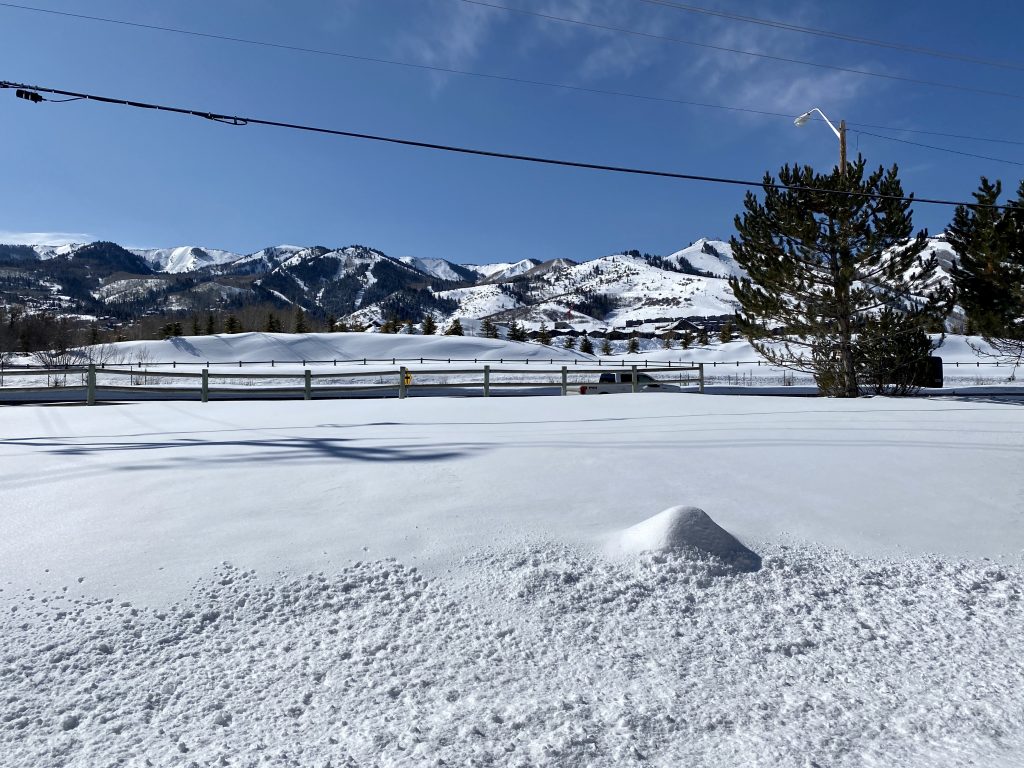 Goodbye to our daily view of the mountains.

Whilst Wendy packs I get sent to Walmart for more 3.4 ounce TSA approved brandy bottles and another large plastic storage box, only $4.98 that is amazing. 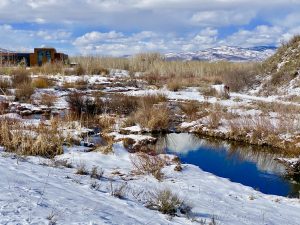 Say goodbye to all this.

Drop a red cross food parcel off at B&M and say our good byes. We’ll really miss them.

New plastic box is rapidly filled with yet more stuff and then after lunch we go down to the garage lockup. Wendy wants to sweep out the mouse droppings. It would have been a smarter idea to do that before we deposited most of our stuff.

Booze box, new plastic box and everything but the kitchen sink is put in the cupboard. At least my wine and whiskeys are safe. 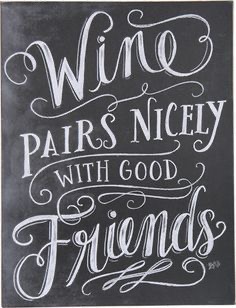 What a delight it is to have so many awesome American friends. Offers to take us to the airport – make sure we go! The phone hardly stopped ringing with calls from well wishers; sorry to see us go; safe travels. Two sets of friends even provided us with masks to wear on our journey. Offers of accommodation in Park City if we got stuck. Best of all has to be offers of sanctuary from ICE in Wisconsin; “come stay with us in LA”; “come stay with us in Houston, we’ve plenty of red wine”, such a tempting offer.

We truly appreciate all the kind words and offers of accommodation. 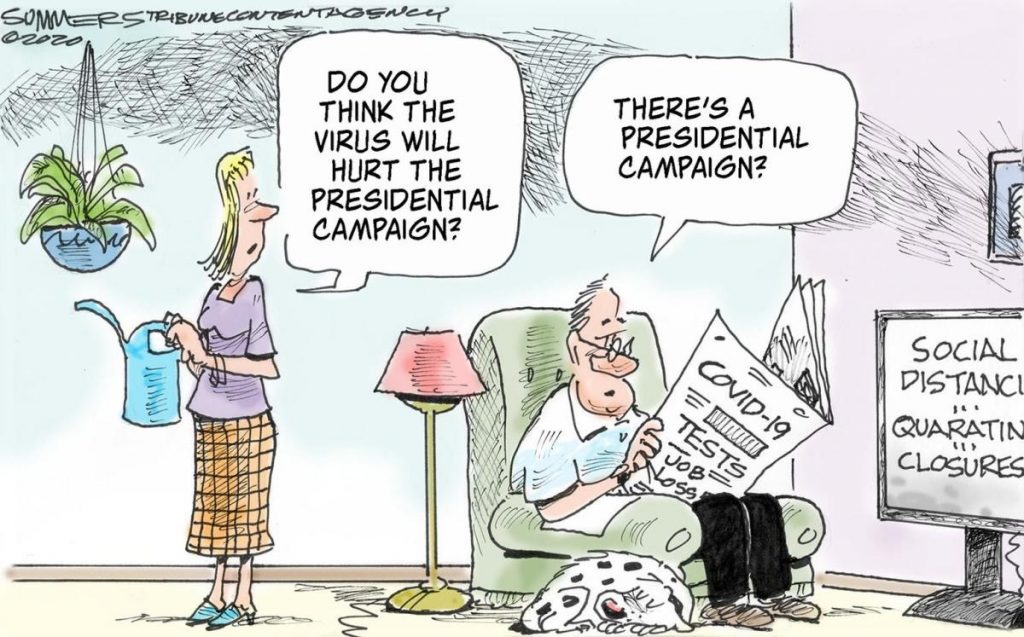 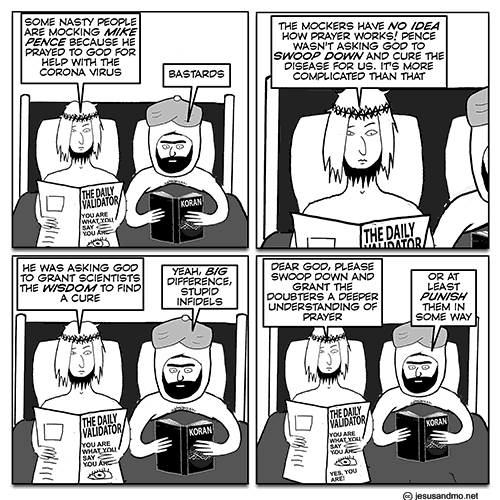 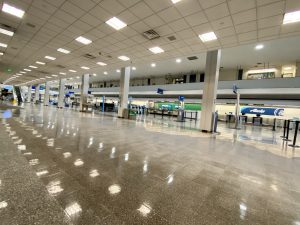 Off down to the airport. Turns out we could have left an hour later as the checkin doesn’t open until 04:00. Roads and airport are pretty desserted. Fastest TSA transition ever, despite not be Pre-check cleared. You would have thought by now the AI systems would know us and view two frequent flyer geriatric grndparents as zero risk – best not get me going on the lack of profilling, woke snowflakes strike again. 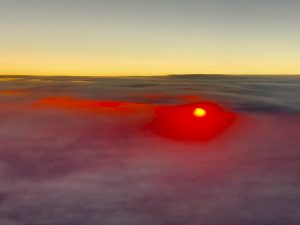 Flight to Dallas is pretty uneventful. Only about 30% full and 25% of the passengers are Mormon missionaries. I think Wendy has inflamed the passions of the smartly suited and booted Mormon missionaries as she puts on her flight socks at the airport. Alas no food or drink. We socially distance ourselves by moving into the premium economy seats, well away from everyone else. Air hostesses don’t seem bothered by it.

Most Americans at the airport don’t seem to comprehend social distancing and haven’t a clue how far 6 feet is. Probably the very same ones who want to drive up my exhaust pipe. 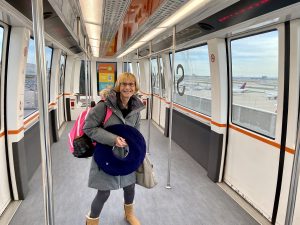 Monorail all to ourselves.

6 hours to pass at Dallas.

Flight to London is about 50% full. Another AA experience, on board food has to be the worst ever and is worthy of a separate rant below. Fortunately after two glasses of wine, a few swigs of Wendy’s brandy and some sleeping tablets I manage to sleep through most of the 9 hours. Best way to travel and so much cheaper than business class. 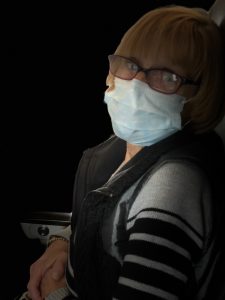 London Heathrow is busier than Dallas but there’s nowhere open for food. Most of the passengers seem to have a problem with social distancing – perhaps they’re all Americans.

Last flight up to Manchester is a 35 minute BA flight. Another one of our least popular airlines. At least AA and BA get us there and manage not to loose our luggage. 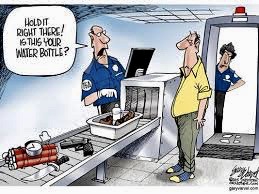 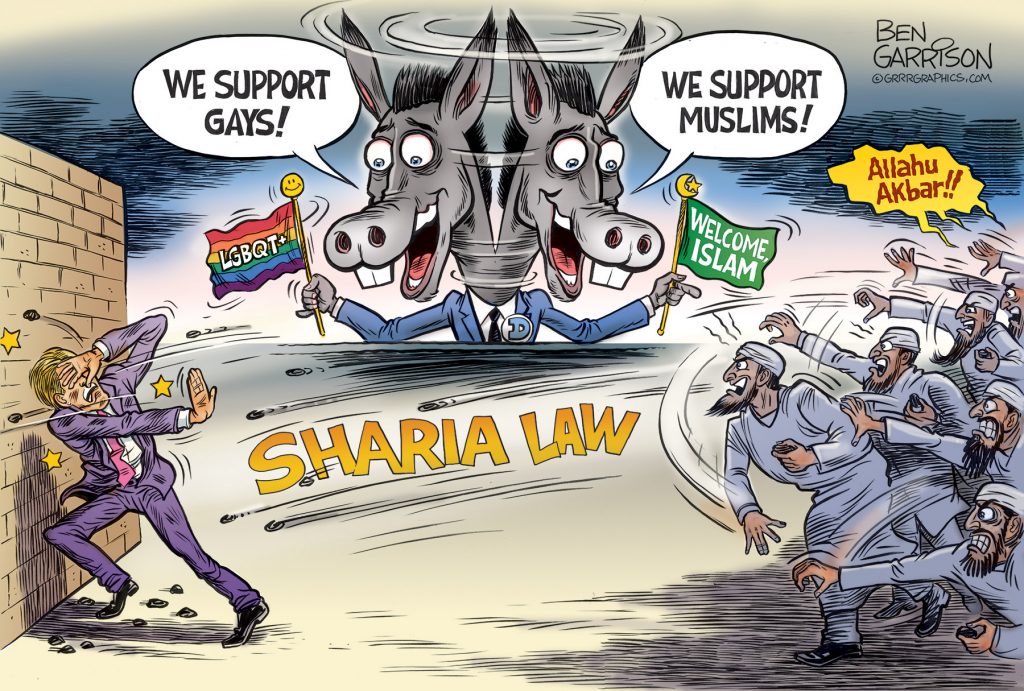 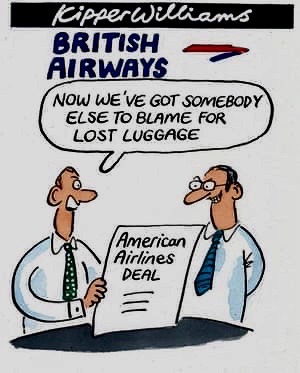 American Airlines (AA) and British Airways (BA) have to be our most hated airlines.

Let’s start by talking about the so called food served by American Airlines:

I wish we’d just bought a Subway to eat on board. At least the red wine was tolerable. 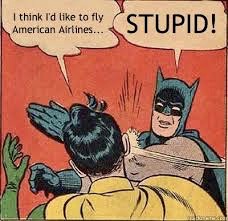 While I’m on a role, let’s just comment on how cramped the cattle class seats were, you’d have teeth marks in your knees. We had to sit in them for takeoff due to their crap attitude to customer care. Finally got back into our extra leg room seats.

American Airlines, not a pleasant experience at all. Management has to be complemented on their total lack of customer care training and managing to recruit such a bunch of social misfits. Along with NCL and BA they have now been added to my No Travel list.

Pick the car up from Hertz, they provided a nice Kuga automatic, free with my points.

Spend the afternoon unpacking, getting everything working again, trying to remember how the TV and other overly complex TV subscription services work in UK rather than USA location mode.

Pilchards on toast for tea – I’ve been yearning for them for months. Some TV and a couple of world class german beers, topped off by my awesome extra old Martel XO Cognac. All followed by a good night sleep. 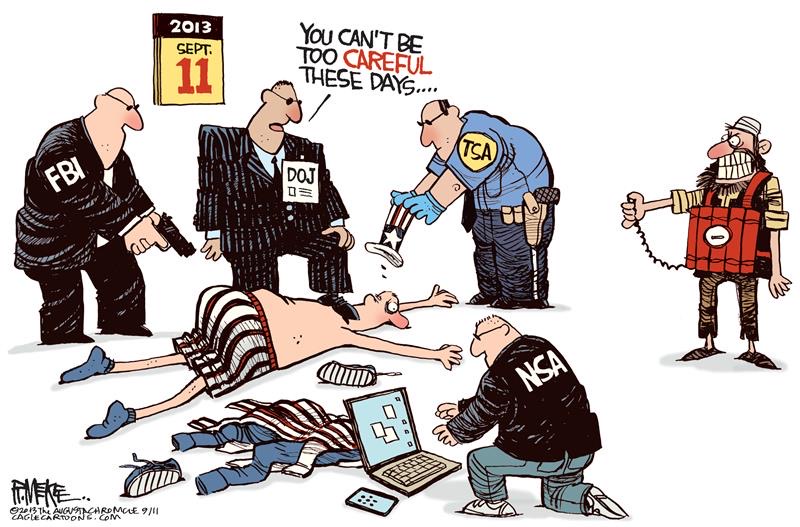 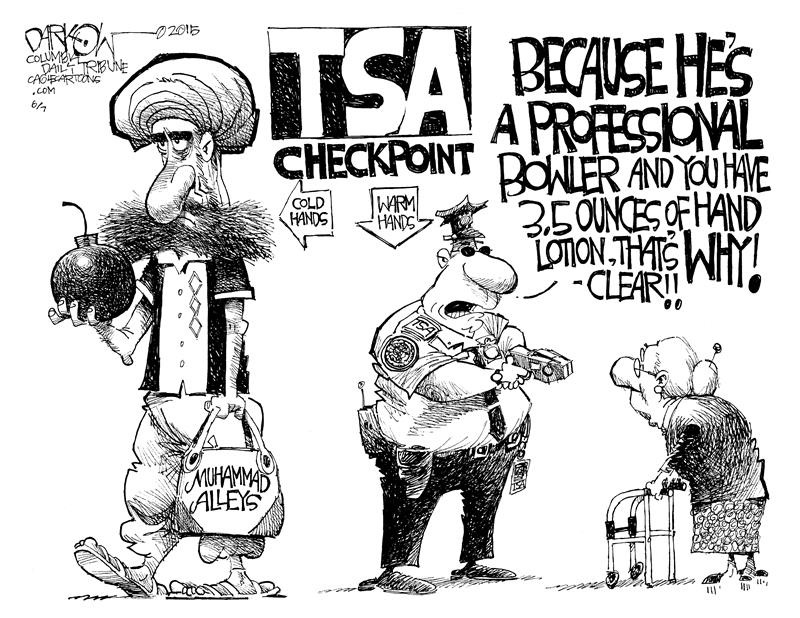 Our TSA experience at Salt Lake was just typical. 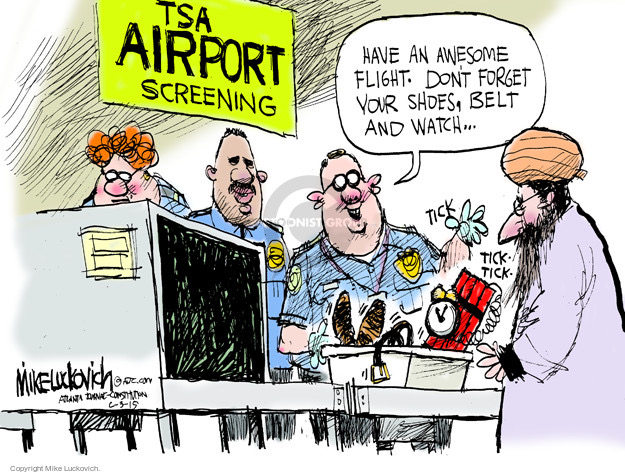 We’re not Pre-pass approved this time. So it’s everything off and out, including shoes. I leave my plastic belt on and the full body scanner shows it up. The TSA agent asks me to take my belt off and I go through the body scanner again whilst he holds the offending belt that assumedly is a bomb threat. How kind of him to hold the potential bomb threat for me. This organisation couldn’t organise a shag in a brothel with a fist full of fifties. No wonder 70% of all tests on their efficiency show that they fail to detect the threat. It really is about time they started profiling and stop putting our lives at risk through woke political correctness. 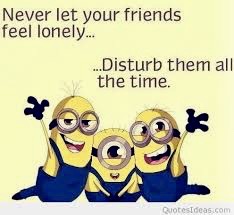 Isn’t that what Facetime is for.

2nd day of quarantine. So what did we do? It’s only Wednesday as I write this, and it’s so rememberable I’ve already forgot.

Drove over to Preston to return Hertzmobile. Got well and truly lost. Sorted paperwork out and routine admin. Cleared my desk ready for action. Sorted photos ready for capture.

A no alcohol evening and some pretty mundane TV. 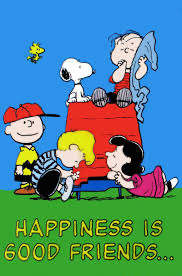 Is this how it’s going to be for the next few weeks? Need to get into a routine. Fortunately we get Lexi, Kurts brown cocker spaniel, delivered to our door tomorrow. She’s a lovely dog, great with the kids, but seems to lack a brain. 8 years old and has only just learned to sit. We have a 50% share in her but for some reason we seem to have the rear half. 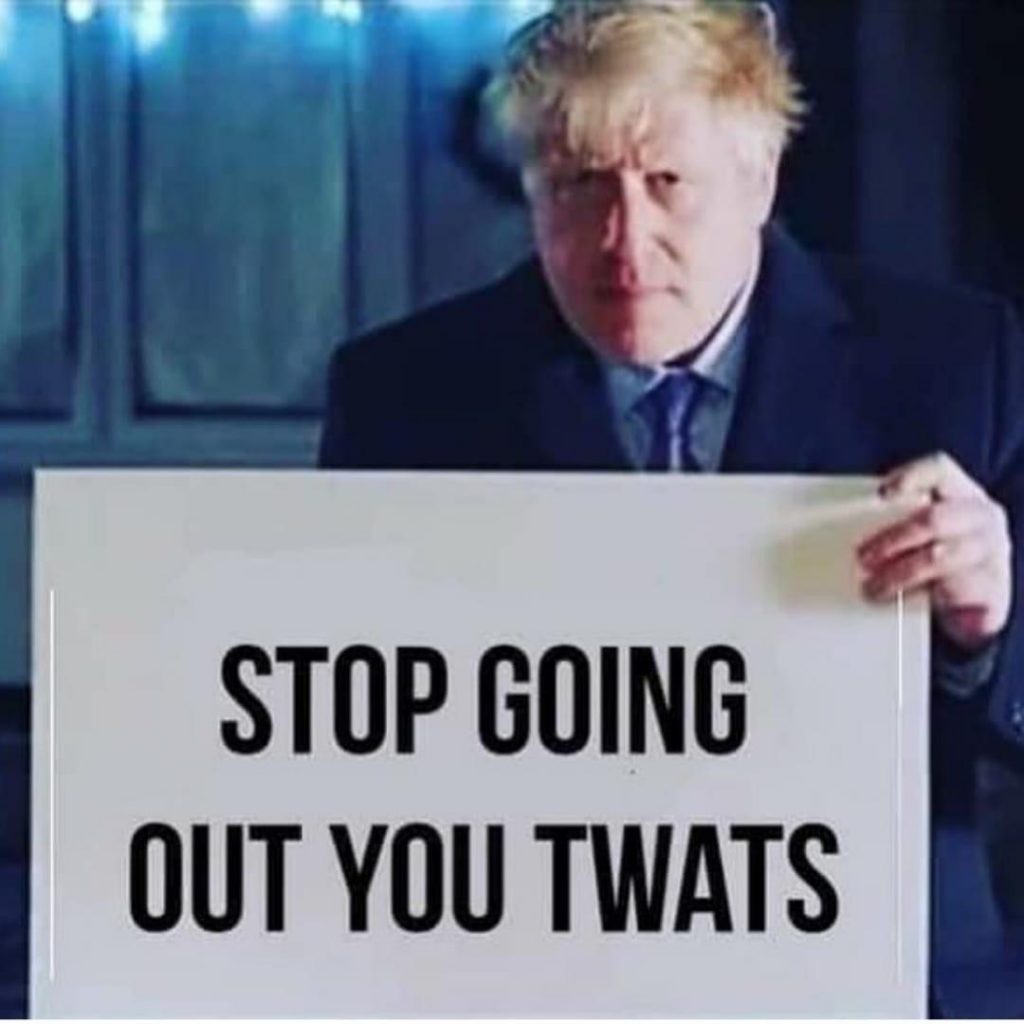 Finally a word from our Chinese Virus infected leader