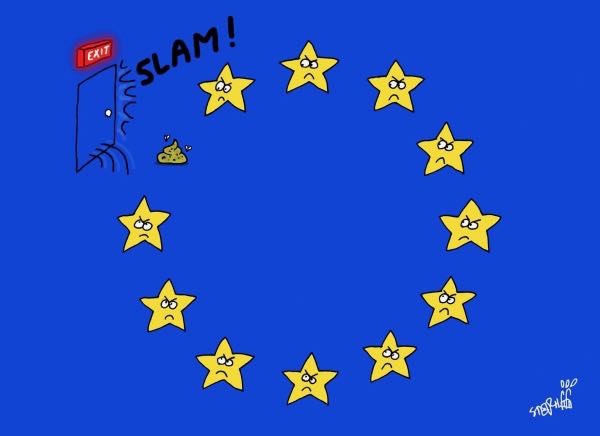 Leisurely drive up to Clearwater. Encounter our first traffic jam on the interstate. Mainly caused by scrots wanting to cut in at the last moment. Seems to be a world wife problem. 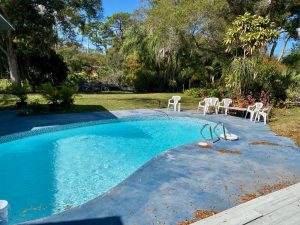 Easily find our new home exchange and settle in. All very roomy and comfortable – see pictures. Then it’s the almost daily trip to the supermarket for tea. Sushi tonight, expensive but we’re worth it. 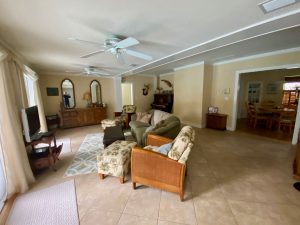 As if we don’t have enough to watch on Netflix we sign up for yet another free seven day trial of HBO. I’m nearly out of unused email addresses. There are quite a few things worth watching on it and at $15 a month it’ll be worth it while we’re here.

In this home we have two pianos; two surfboards; two guitars; two coffee machines; an X box and loads of games; more cushions than Muslim fundamentalists at a stoning; and a foot operated singer sewing machine, but no hairdryer and no kettle. It’s a nice home but none of the kitchen drawers or cupboards have handles on them. How bizarre is that? 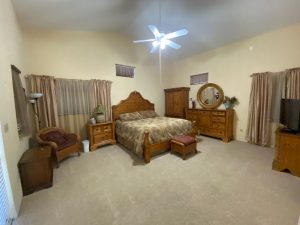 This home exchanging lark gives you an interesting view on how other people live. You come across some bizarre ways. Teaches you to accept how others live.

It has two bedrooms, just one bathroom – no en-suite and only a single sink. How will we cope? 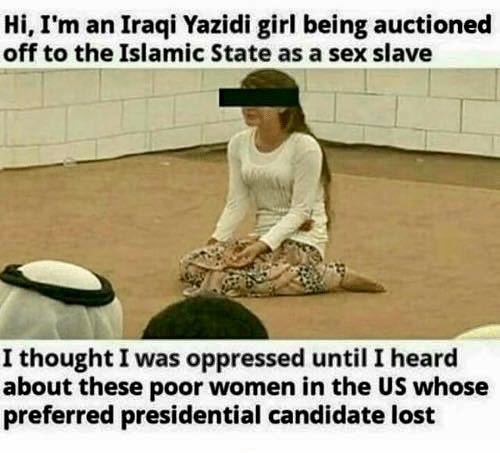 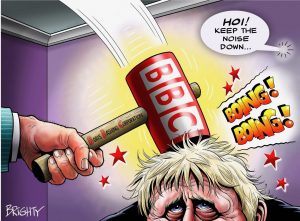 “To mark a moment in history.” So said the bbc on the so-called BREXIT celebration programme. What a remoaner disgrace it was. One of the most significant events in our recent history and all they can do is bring out a few boring talking heads. Meanwhile in parliament square good old Nigel is hosting a rave celebration, but oh don’t let’s show that, people might actually think BREXIT was popular and a good thing. ITV weren’t any better.

Meanwhile in Downing Street, Boris couldn’t even be bothered to open the front door and say a few rousing words. Nor did the Queen pop out onto the balcony and give a dignified wave.

Our 1776 moment. Our Independence Day and the remoaner controlled media just can’t be bothered. Poor losers. No doubt they’ll be doing everything they can to hinder success. It’s a national disgrace. 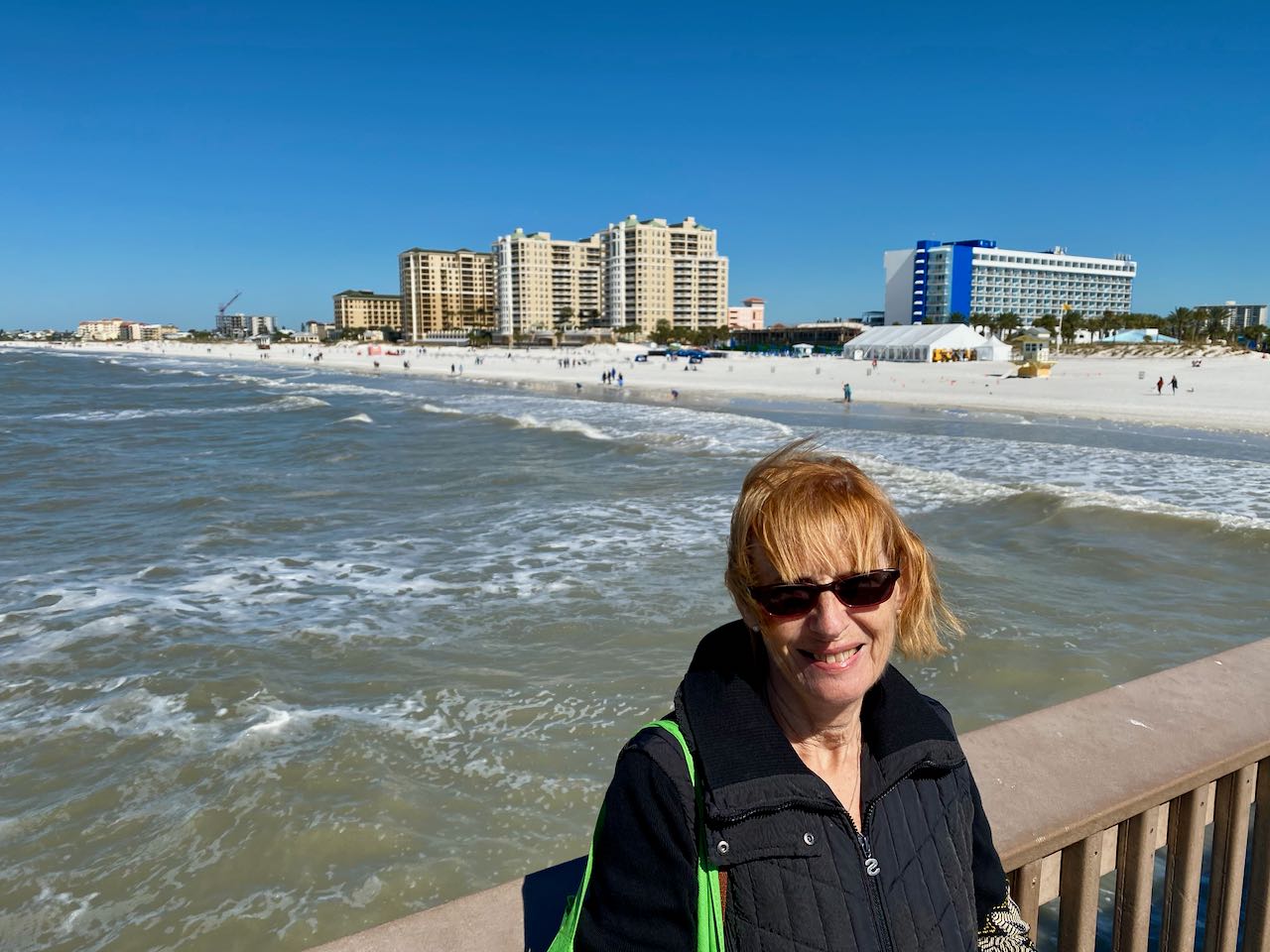 Yeah, it’s Super Bowl, haven’t a clue who is playing and not that I’ll be watching it. Don’t really understand it. Wathing the adverts and half time interval can be fun in hope that there’s yet another nipple exposing wardrobe failure. 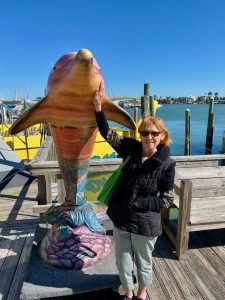 Lazy morning as usual. Then we drive down to Pier 60 on Clearwater beach, rated number 1 beach in America, with pristine clean white sand. Pier was nothing much to write home about, but it’s a lively area and although a tad cool breeze and only 60F it was lovely to stroll around with the sun on you and clear blue skies. A very American resort, no a single “kiss me quick” hat, candy floss or fish and chip shops. Of course no litter or graffiti. 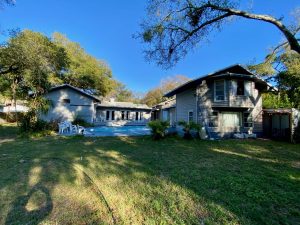 Our home exchange for the next 10 days.

Then it’s the damn supermarket again for tea. My theme this week is seafood every night. Might as well whilst we’re on the coast. Will I survive tonight’s crab cakes. I survived the White Castles, no problem.

Evening in watching Succession about the most dysfunctional family you can ever imagine – they’re all crazier than a squirrel on crack. Sadly it’s a no-alcohol day. 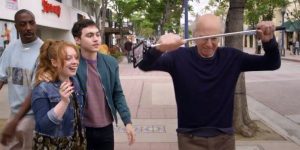 Started to watch season 10 of Curb Your Enthusiasm. Larry David is one of my heroes. The American Victor Meldrew. One classic scene tonight is him walking down the pavement and a young couple sticks a selfie stick in his path as they take a photo. He grabs it, snaps it and hands it back to them and carries on – awesome. How often have I felt like doing that? See picture. 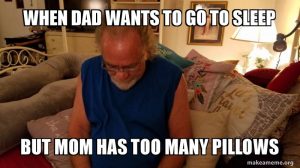 What is it with Americans who seem to think that any flat horizontal surface on a bed or settee needs to be smothered with pillows. We seem to spend the first hour in any new home getting rid of excess pillows, by which time we’re exhausted and ready for bed. 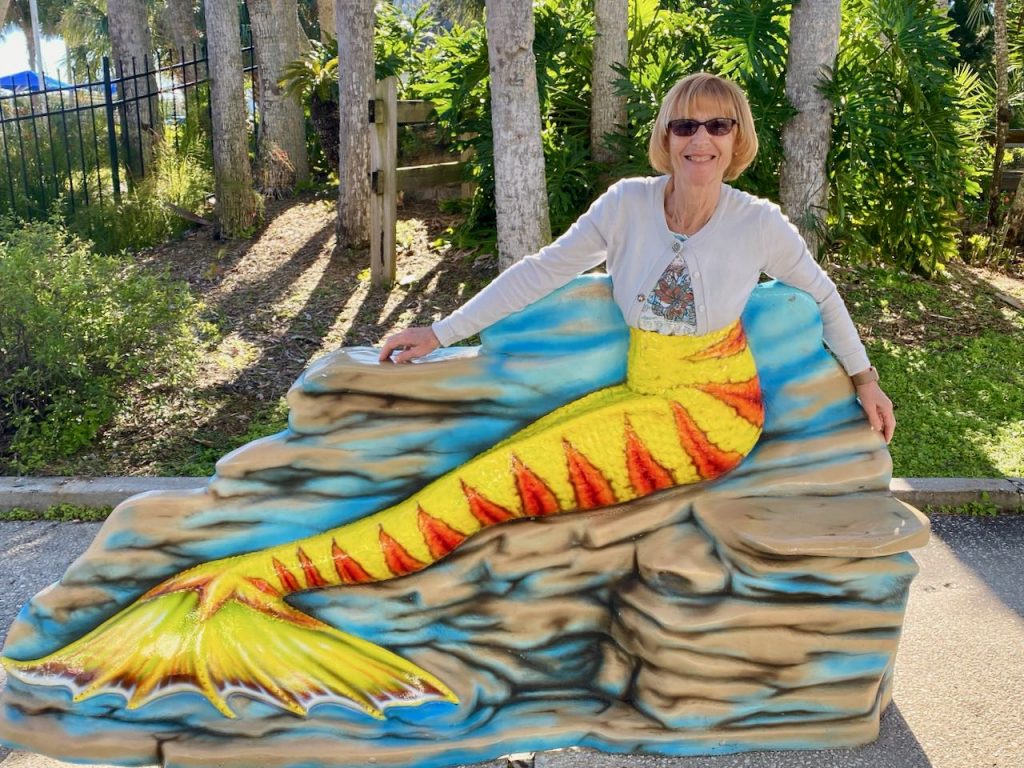 Another glorious sunny day and a lot warmer. 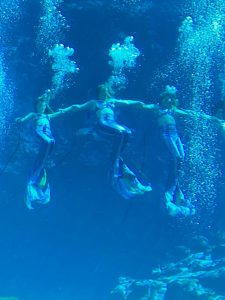 After our usual lazy start, we head up to Weeki Watchi State Park for the World famous mermaid show. I’ve always wanted to do this in Florida, but it has whole always been too far to travel. Anyway, after a hours driving with more traffic lights than there are pricks in a second-hand dart board,we finally get there. 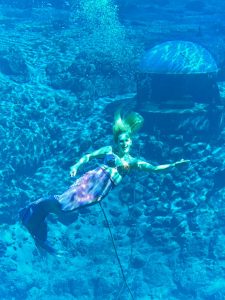 It is a lovely State Park built around typical Florida Spring. We watch two mermaid shows, the first one is about the history of the show, the second is a little mermaid show a tad to twee for my liking. We also catch a park ranger presentation on snakes, gopher tortoise, and alligators. As usual with Ranger presentations, they are always very interesting and informative. Overall a great day out, made all the better by the gorgeous weather and to be fair even the mermaid shows well worth it. 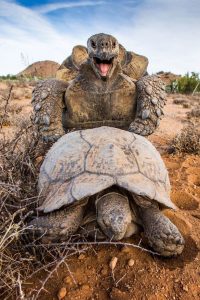 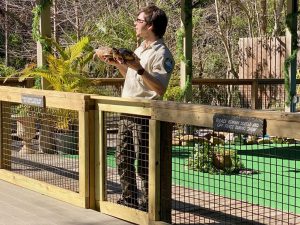 A male Gopher tortoise has a concave underside. Why? So that it doesn’t fall off when procreating. Isn’t evolution amazing? 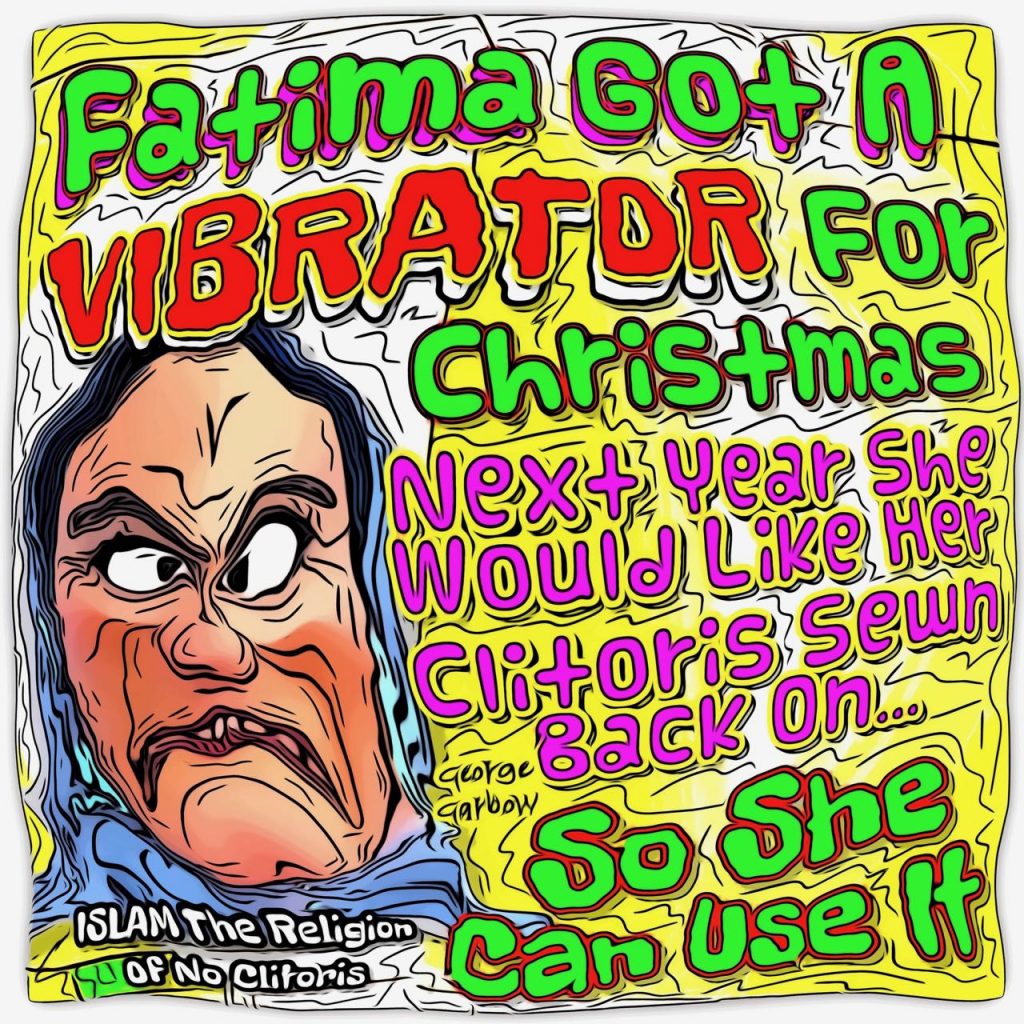 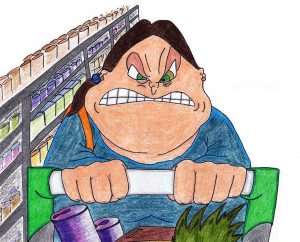 Why is it that American women in supermarkets don’t seem to comprehend that you can steer a trolley around obstacles. Instead, they seem to expect you to move to avoid upsetting their straight-line trajectory. 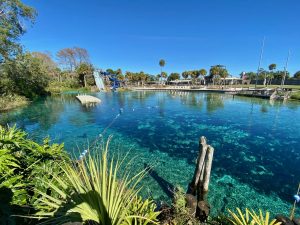 Lazy start then we drive down to St Petersberg beach heard a lot about it. Well how disappointing it all is like a Spanish seaside resort, all big hotels and condos with little beach access and no real character or charm. 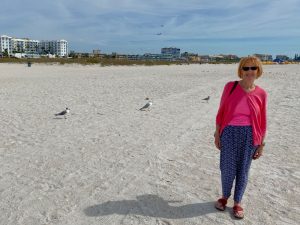 Stop at Treasure Island beach for Wendy’s lavish lunch and a stroll down to the sea. Then drive back up along the coast road, traversing all the islands. Not very inspiring. At least Clearwater Beach has something about it with a pier and a marina acting as a centre.

Watch Larry on Curb Your Enthusiasm followed by Succession – won’t be sad when this is over. Then watch the state of the union. It’s a pity we don’t have something similar in the UK. See jokes for comments below. 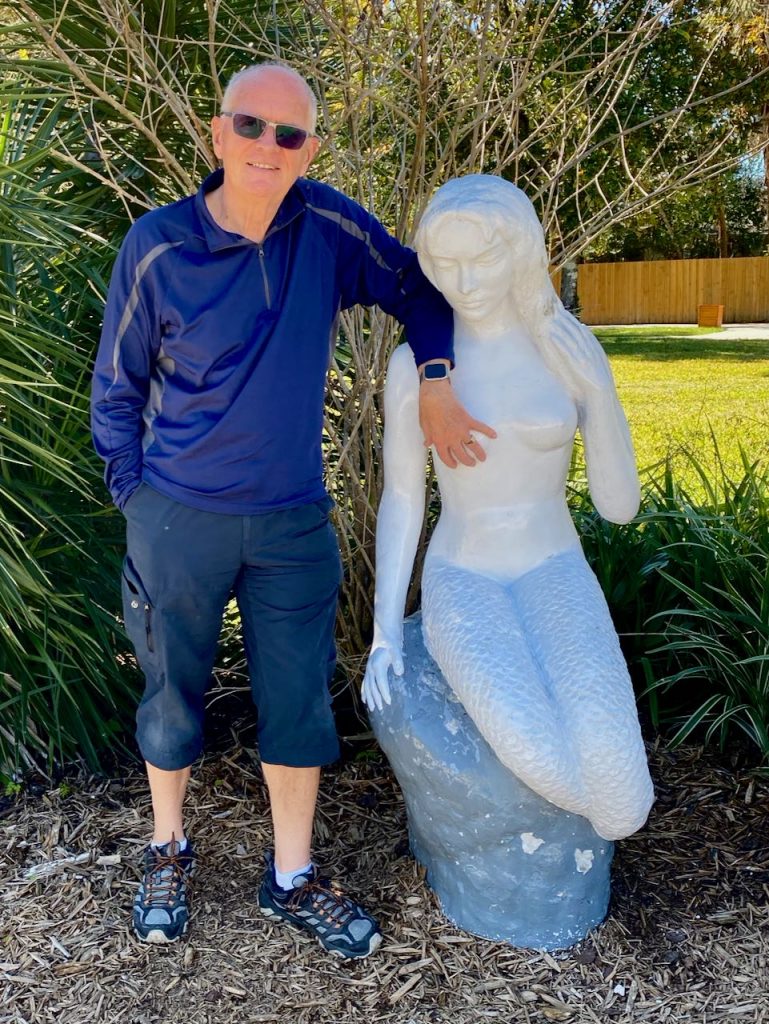 Don’t I just love the state of the union address. Great to watch those on the right clap their hearts out and bounce up and down like a tarts knickers. It’s almost like the soviet era where they’re all freightened to stop clapping. First to stop gets sent to a gulag / Guantanamo. 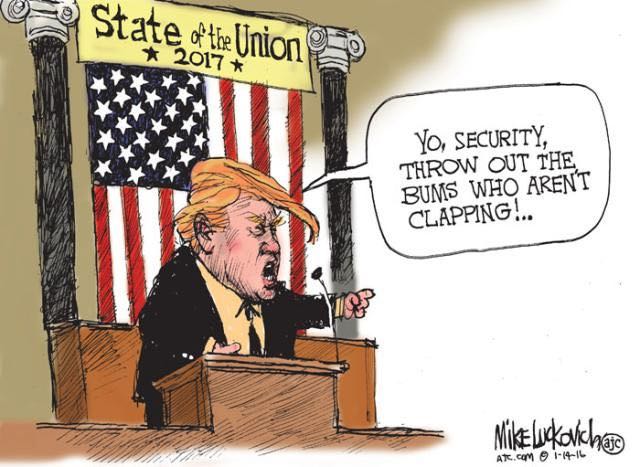 But best of all, them on the left all sat on their hands with sour puss faces and won’t even applaud the most sensible of items. Then you have the childish behaviour, Trump doesn’t shake hands with Nancy; Nancy fails to introduce him with respect; Nancy tares up his speech. 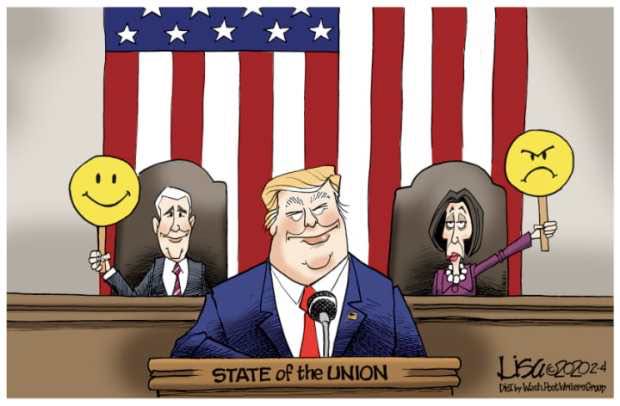 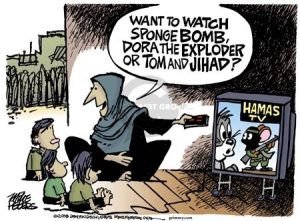 Yet another islamic jihad just released from prison has been out on the rampage with a knife and attacked two innocent victims. Fortunately he has been shot dead.

It’s no us imprisoning them. It’s no use trying to de-radicalise them. Death penalty for any terrorist offence, it’s the only way to deal which such mad dogs.

As for his parents who claim he was a lovely child but prison made him an extremist, they seem to forget he was sent to prison for extremist terrorist offences. They must have known he was a threat and you’re obviously incompetent as parents.

How many murders in the name of this vile ideology, islam, have to happen before it becomes a banned organisation. The IRA is banned in the UK – and it killed nowhere near as many as this organisation in mainland Britain.

When will we learn? Smell the coffee before it’s too late.