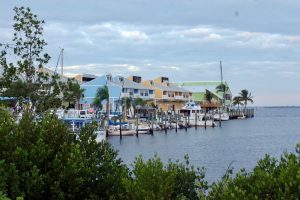 Another lazy morning, coffee and newspapers around the pool. How civilised is that. I’m almost missing the cut and thrust of the daily BREXIT battles between the remoaners and brexiteers, bumping up against one another like angry molecules in a cloud of hatred.

For excitement we toddle off down to Fishermens Village. A haven for geriatrics with too much time on their hands. A harbour with boats and pelicans, plenty of places to sit and watch the world and geriatrics shuffle by and of course the obligatory shops. Shops that emphasise the the difference between want and need. Selling everything from olive oils, balsamic vinegars, tat and cheap looking but expensive clothes. In other words stuff that no one needs but may be sad enough to want. 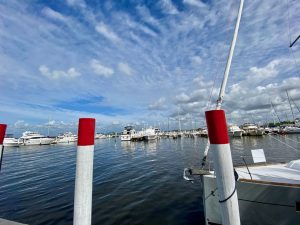 Call in at ABC liquor store. A real luxury, nothing like this in Utah. They have not only Basil Haydens Dark Rye, luscious, but also the Caribbean Reserve Rye. Can’t resist trying this, a blend of rye whiskey’s and some rum. Also take the opportunity to buy some of the more exotic white wines on my list of wines to try.

It’s a tad too humid to do any walking and we save the excitement of a wildlife centre for another day – have to ration out the excitement.

Back for afternoon tea around the pool. No cake or cucumber sandwiches, sans crusts, I might add.

Evening has a bottle of Zinfandel – no help from Wendy – and my new whiskey, along with the excitement of the Handmaids Tale. Amazingly I stay awake, I think. Stagger to bed.

Another warm sunny day. Getting real lazy now not up until 08:00.

Another great pantomime along with 18 months of electioneering, will keep us entertained: 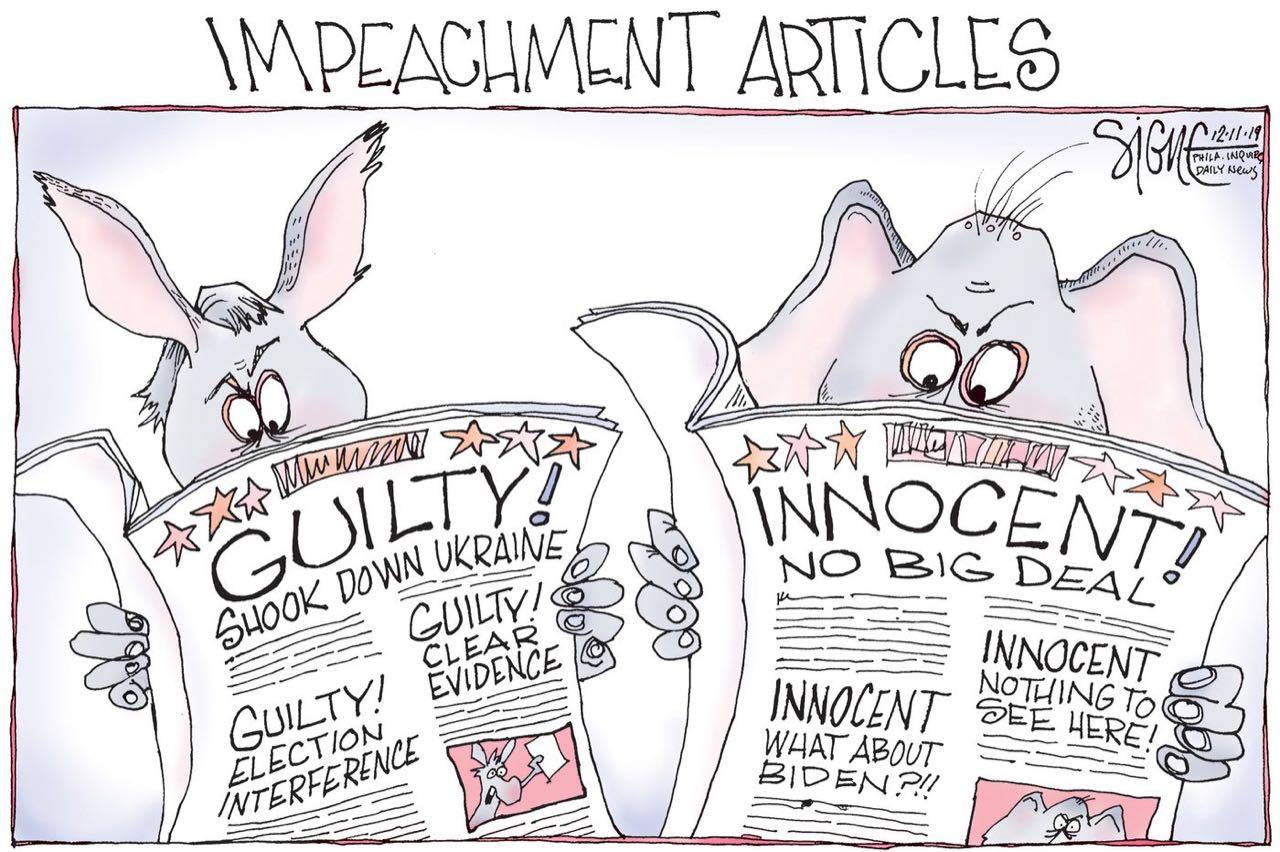 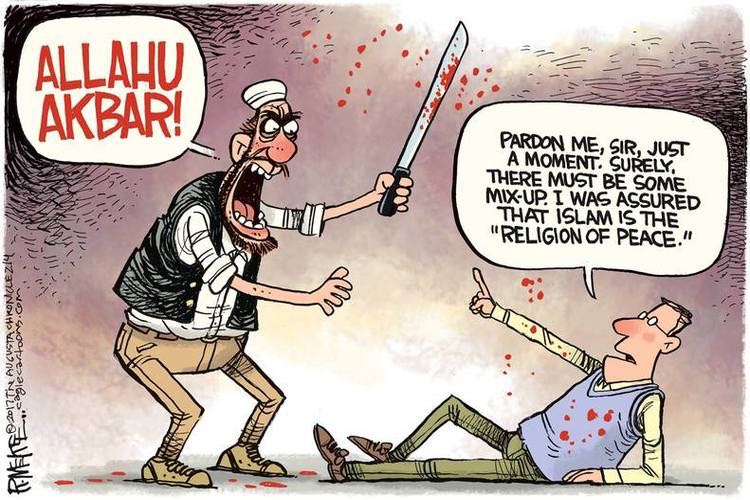 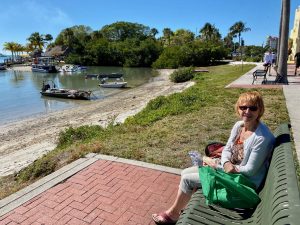 Lunch by the harbour in Sarasota.

There’s an early morning stream of stick people, look like they’ve escaped from one of Lowry’s paintings, shuffling down the road, with one or two walking sticks, no zimmer frames so far. It’s amazing that the ever present vultures aren’t circling around them in eager anticipation. At least they’re taking some exercise, the more mobile of them I probably encounter at geriatric tennis, AKA pickleball.

Last night’s Hand Maids tale set new records, slower than a pregnant nun going to confession, with virtually a whole episode needed to cover a birth of a baby, followed by another episode on milking, breast pumps and baby feeding. I really don’t know why we continue, it’s not as if there’s any exciting sex. What sex scenes there are so damn slow it puts you into a coma well before orgasm. 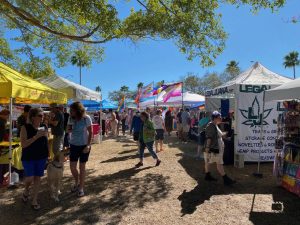 Another gorgeous sunny day. Lazy morning round the pool with coffee and dull words and pictures that passes for news these days.

Then we’re off for some cultural. Drive up to Sarasota for a trip to the theatre. It’s a 50 minute drive, nothing to us American clones, getting into the American way. Have a wander around Sarasota. There’s a local market on to keep Wendy happy; picnic by the harbour watching the pelicans majestically dive bomb for they fish dinner; then we stumble across a gay pride market and sing along, free condoms, free HIV and STD tests. Yes I went to a gay, Lesbian, 52 sexual orientation jamboree. All very colourful, some really freaky clothes and body adornments. Then we stumble across a shop selling CBD so I have to investigate, is this marijuana? No it’s some 0.1% derivative. 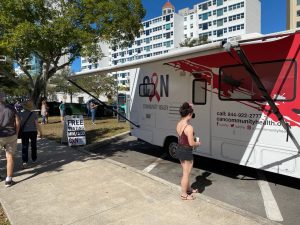 The play is the “American Son” come from broadway, can’t imagine it lasted long there. It was ok, actors seemed a bit wooden. I think I’m being spoilt by professionalism and glamour of TV, Netflix and films, might give up on live theatre. But why is it that every time we go to see a play in America it’s about blacks, how they’re treated and racial tension. Has the country not got over it and moved on? It would seem not. 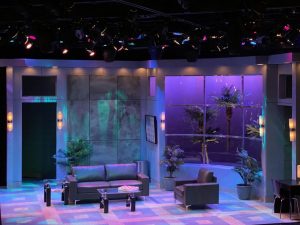 Every time we’ve been to Sarasota we’ve always come across the Amish. Must be a settlement nearby. Makes me wonder how they get into town, don’t see any hitching posts for horse. As we drive home my curiosity is finally answered, there they are riding along the pavement (sidewalk for my American friends) on bicycles. I’ll sleep a lot better now I know the answer to that.

Just love Sarasota. So civilised, so much going on and such pleasant city to stroll around.

Call in for a Subway on the way home. An Italian classic with lashing of jalapeños, I’ll regret it tomorrow but they’re always amazing.

More Handmaids Tale. I really do want to give this up but thankfully we’re into the final season 3 now. Let’s hope they don’t bring out another season.

The joy of sitting, in the warm sun, on a park bench in Sarasota harbour watching the World go by and best of all the Pelicans dive bomb for their dinner. Amazing. 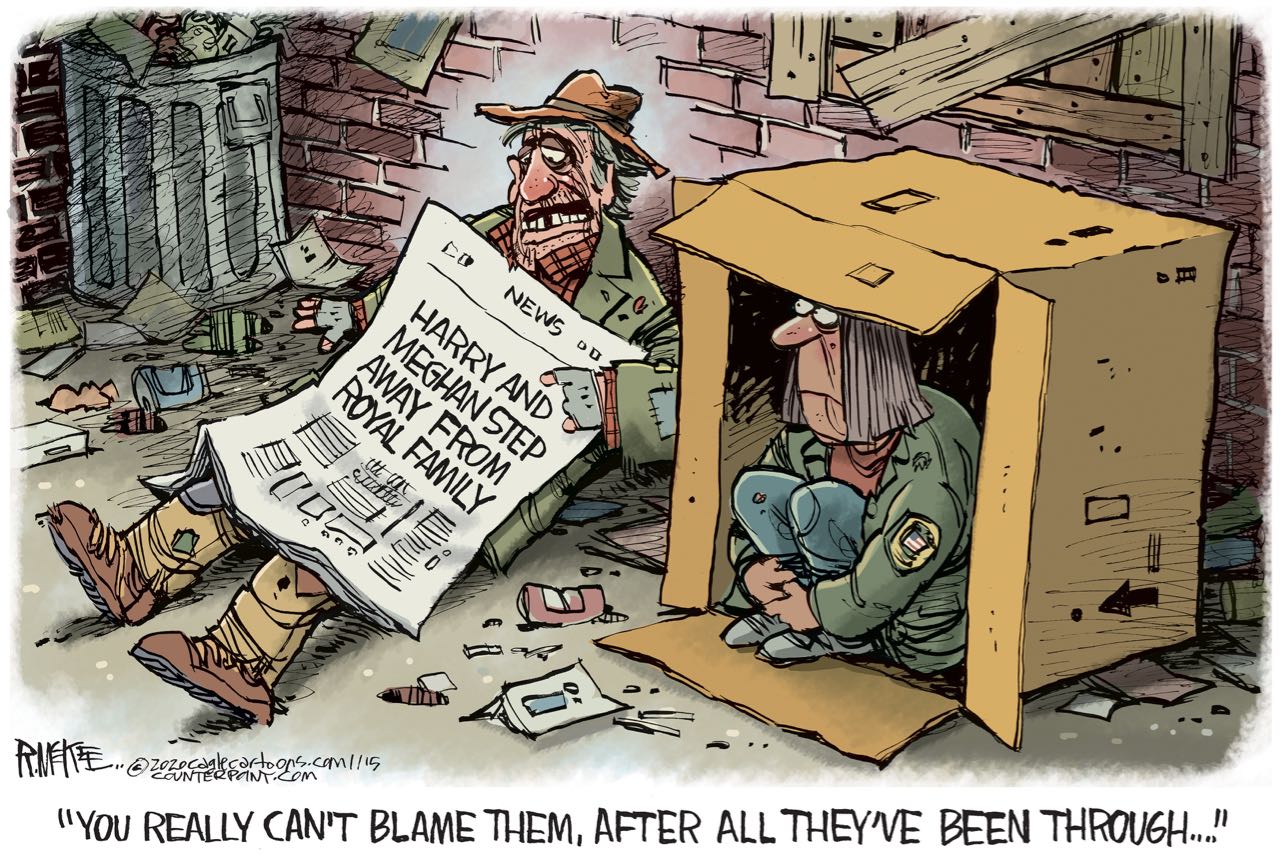 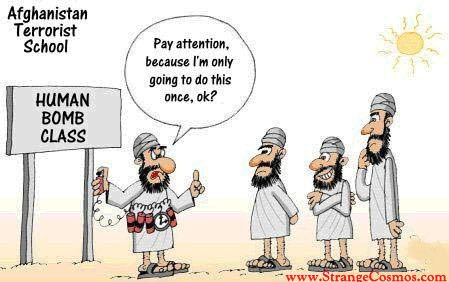 WOKE. What is it with this damn word. It seems like every PC snowflake of a wordsmith in the press and on TV has suddenly discovered it and now receives a commission on how many times they can use it.

I blame the Meghan saga. Prior to this first world fiasco I’d never heard of it. Anyway for the avoidance of doubt and to add my voice to the cacophony of absurdity here’s a definition:

WOKE – “aware of and actively attentive to important facts and issues (especially issues of racial and social justice).” 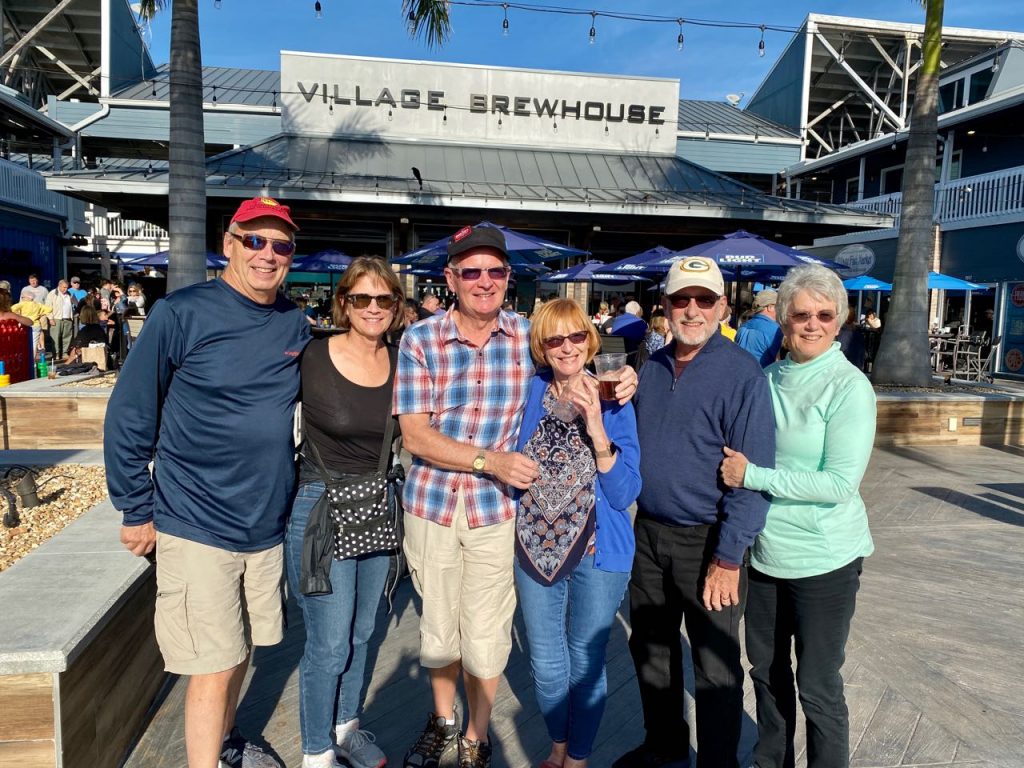 Lazy morning and after lunch we go to meet a couple of friends of Jerry and Diane at the Village Brewhouse. Long story short. Get a call from an unknown Rolf, don’t know him from Adam; Friends of J & D who has told them we’re in Port Charlotte; ringing to offer to meet up and then take us kayaking. Typically friendly Americans. Can you imagine a Brit doing that. And then people ask us why we spend so much time over here.

Have a pleasant boozy afternoon with our new found friends and two of their friends. Off kayaking with them tomorrow.

Quiet evening in yet again watch that damn series. It’s mind numbingly slower than molasses on a cold day. 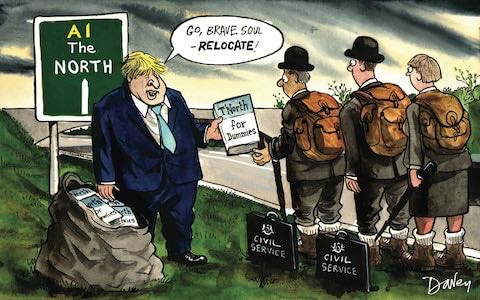 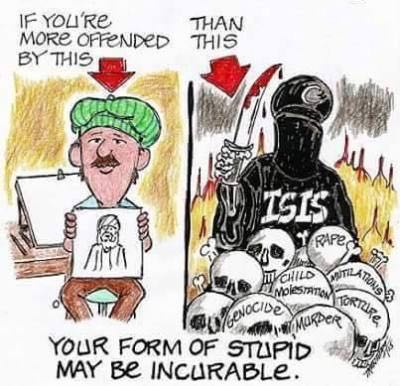 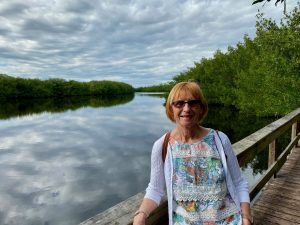 Up and out for geriatric tennis (AKA pickle ball). More knee braces and other sign of geriatrics than there are good bacteria in a healthy gut. Two good games but it’s very busy and there’s a lot of waiting around.

Driving around and nearly every other building and business is associated with medicine and health care. Not surprising when you consider the average age of the decomposing geriatrics around here. Never seen so many grown ups riding tricycles.

After Wendy’s lunch we drive down to Peace River Wildlife Centre, a bird rescue centre. Interesting birds and talk from a docent, all free. Then we have a wander around the mangrove swamp. 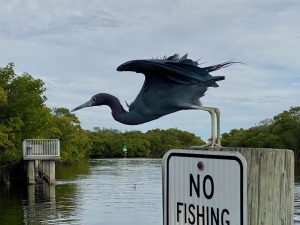 Next stop is the Port Charlotte Harbor State Park. Sadly the welcome centres closed but we take a circular stroll the 3 Lakes loop. Meant to be 1.3 miles but Wendy was convinced it was longer. A constant silent “are we there yet”. Sadly don’t see much wildlife, despite the warnings of don’t approach or feed the alligators. A $500 fine for feeding them. I wonder if one bites you then they fine you $500 for feeding it? Finally get to see a small gator, only about 3 foot, a baby. 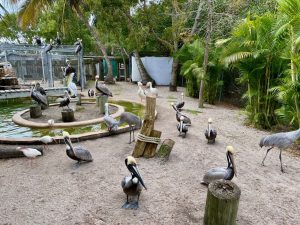 To top off the day there’s a ‘pubics’ on the way back, more Wendy’s idea of a stroll on the wild side. Oh well yet another merchandising escapade – how lucky can I get.

Get back home and to a police presence of 4 patrol cars, police and a tracker dog. Looks like some baddy has taken flight and they’re trying to find him. Is this a dodgy area.

I know I persecute the geriatrics, but don’t forget I’m one and every time I go to play pickle ball I count myself so lucky to still have my health and be fit enough to play. So many people our age just aren’t healthy or fit enough to play. Currently Wendy’s one of them as she’s suffering with her back.

A real pity because it’s an awesome game for people our age. 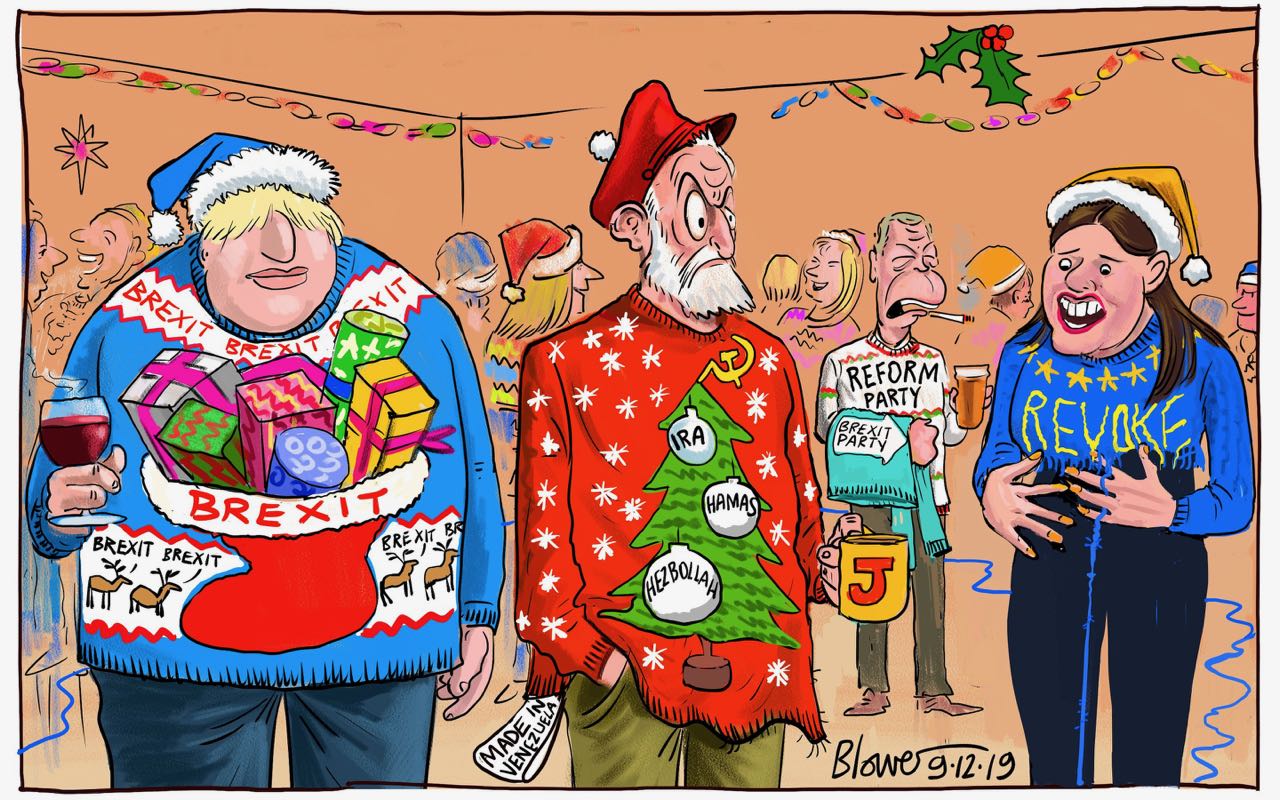 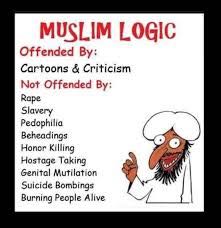 Opinion piece here on “Political correctness shuts down any reasonable critiques of Islam” is worth a read – https://www.washingtonexaminer.com/opinion/political-correctness-shuts-down-any-reasonable-critiques-of-islam

If we want to fight Islamic Terrorism, let’s talk about it and damn the PC snowflakes who are attacking our free speech. Let’s lend an ear and platform to those brave moderate muslim who are trying to reform islam from within.

And still the impeachment pantomime trundles on.
This entry was posted in Uncategorized. Bookmark the permalink.