20180313 – Shit Happens Suck It Up; But If Scumboarders Were Banned There’d Be Less Shit 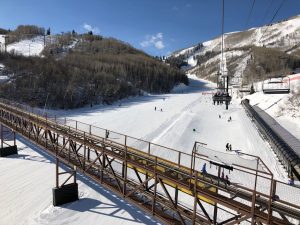 I’m leading a ski group. With the snow conditions – a choice of ice or a slush puppy – I’ve about as much enthusiasm as having to attend a rendition of Handel’s Messiah in a dinner suit. Fortunately most of my regulars seem to have the sam enthusiasm, so it’s just Helen and I. A lazy morning followed by much needed coffee

Wendy’s volunteering at the hospital so it’s a lazy afternoon.

A quiet night in for a change so catch up on some HBO. Really is too much to choose from.

Jasper is doing so well on his ski lessons. So looking forward to taking him to the top of the mountain. 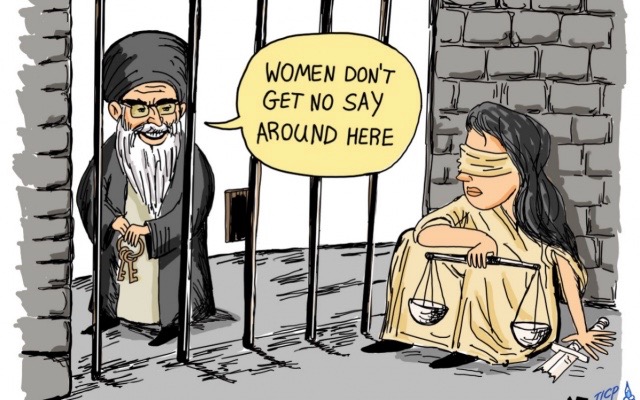 Very lazy morning skiing. Late start to allow the snow to warm up from it’s icy state and now it’s like skiing on a slush puppy. Nothing worse than that stop, go feeling as your skis suddenly slow down and nearly end up arse over ski tip. A bit of snow but nothing to get orgasmic about.

Wendy’s at the CC so I toddle off down to the gun club to perforate some more cardboard adorned with the “Weather Channels” image.

Bloody marvellous it manages to rain all afternoon but no snow. Fortunately the rain help hide my tears of frustration that there’s no snow. Dread to think of the carnage to the snow on the mountain. 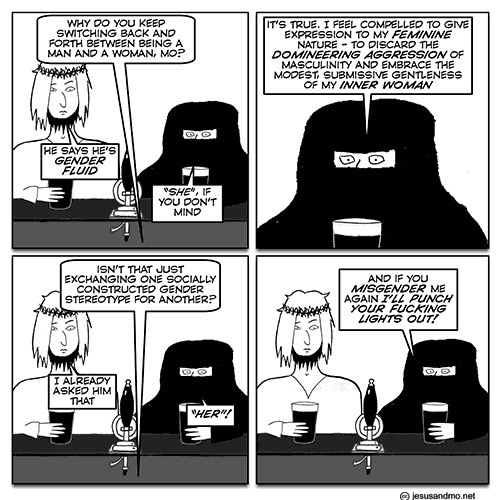 How does a snowboarder introduce himself?
“Ohhhh, sorry dude!”

How do you get a snowboarder off your porch?
Pay for the pizza.

What’s the difference between a snowboarder and a picnic table?
A picnic table can support a family.

What is the difference between an onion and a snowboard?
You don’t cry when you cut a snowboard in half! 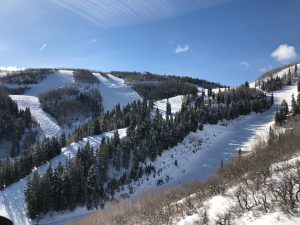 More scenes from my daily commute.

Yeah, at last it’s snowing. In the past week the US weather wizards have promised much and delivered little. They have all those Petaflops (what a nerd – 10 to 15 instructions per second) of computing power and still can’t get it right.

It snows on and off this morning and the geniuses on the mountain claim we’ve had 4″ in the past 12 hours but 0 in the past 24 hours. Go figure that out. To quote good old Ben Franklin “We are all born ignorant, but one must work hard to remain stupid”.

Wendy’s off to the hairdressers. I get to read Jasper, Kurt and Fiona a bedtime story, then I’m off skiing to see what this new snows like. Mind you looks like a whiteout up there so maybe I’ll just get to feel it as I bounce along.

Well crap a dead cat if it isn’t the worst snow ever in the USA. The new snow been compacted down as an ice like sheen on top of sheet ice from yesterdays rain. It’s awful to ski on. Perhaps it will be better higher up but that would still mean ski down on this frozen shit. One run and I give up. These conditions are a disaster waiting to happen. If I thought this was what skiing was going to be like for ever then I’d be off down to the Christian Centre, like jihadi late for a public square stoning, to donate ALL my ski gear.

Go home in a sulk.

Then it’s the quiz followed by a quiet night in.

Don’t you just love scrot parents. A mummy scrot and her two little crotch droppings come to the quiz late and immediately start using the kids iPhone to get the answers. Mummy scrot sees no wrong in this and is a tad bemused when I point out the error of her cheating ways. What a lesson to teach your crotch droppings. And when she wins she has not a skerit of shame and brazenly collects their ill gotten gains – it’s like giving a dog a treat after it shits in your slippers.

Bet they were all scumboarders.

Yes, I know it’s only a game but what a life lesson to teach your kids. It’s a quiz, a game, for gods sake, not a tutorial in “how to search the Internet”.

Well apparently we had 4″ of snow yesterday, 2″ overnight. Tempting, as it’s a blue bird day, but after yesterdays ice rink I think a bit more snow is needed before I want to try it, so I’m off to bowling with the Newcomers.

Hilarious as one of the younger bowlers tries to get 6 geriatric bowlers to bowl league style – alternate between lanes. It’s just mayhem, about as hard as tryin’ to herd chickens, as us old dogs can’t grasp such complex new tricks. In the end she gives up and switches back to “Keep it simple” as we bowl on the same lane.

Followed by a Starbucks and then I’ve been condemned to go to the supermarket. Should have gone skiing.

In the evening we go down to Bronco Bills for a Mexican with Bob and Marilyn. Great food. Best Mexican we’ve had so far this season. Mind you for someone who thinks Taco Bells OK I don’t exactly have a high bar of expectations. 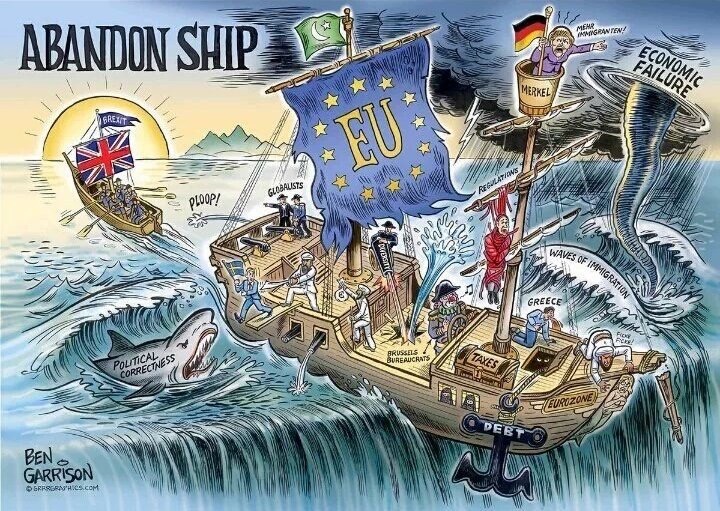 Meanwhile that bunch of angry molecules bumping around in Westminster continue to sell us down the river. Appeasement never works.

Off down to the gun range with Joe. Use his 9mm, very similar to the Wilson combat, good and solid, feels great in the hand and manage to shoot well with it. Best of all it’s only about $700, instead of the $3,600 for the Wilson combat.

Afternoon call in the liquor store while Wendy does a small shop ready for tonights soiree.

Friends and neighbours around for dinner and drinks. Introduce them to some of Utahs finest with High West Whiskey., that they’d never tried. Good food; good company; good wine; good whiskey. Really do think High West Double rye is one of their best and best of all its the cheapest.

Is Islam a threat to the Jews?
Islam is a threat to Jews, because in all too many Islamic teachings and traditions, Jews are the villains of the piece. The Qur’an depicts the Jews as inveterately evil and bent on destroying the well-being of the Muslims. They are the strongest of all people in enmity toward the Muslims (5:82); being transformed into apes and pigs for breaking the Sabbath (2:63-65; 5:59-60; 7:166); and more. In line with this, Jews are threatened in Europe to an extent they have not been since the days of Hitler. And it’s getting worse by the day. 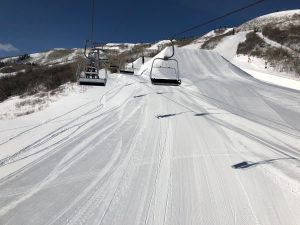 More from my daily commute. What a tough life.

8″ new snow yesterday and 11″ the previous day so todays a great day to ski. Have a leisurely morning’s skiing. Great conditions.

Then in the afternoon it’s a St Patricks Day apres ski party.

How lucky can you be having to ski every day and cope with this great social life. 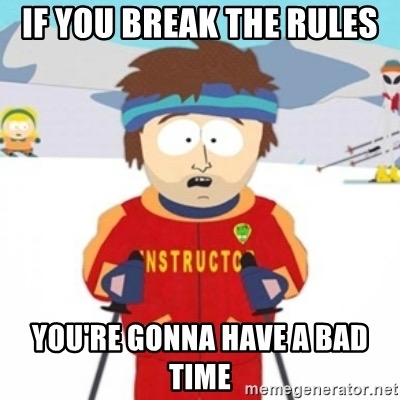 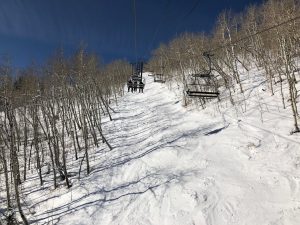 Little did I know this would be my last daily commute.

Gorgeous Bluebird day with good snow. Decide to have a lazy start, ski on my own day and pass on skiing with Helens group. Then I’m in the single line at Silverload for my first run and who is the exact foursome I get to share a six pack with but Helen. Meant to happen so I ski with Helens group. 2nd run our intrepid leader is taking us down Parleys. Not my cup of tea so I resort to plan A – ski by myself. Helen decides on Jonesys, says she prefer it but I try and dissuade her, please not to change on my behalf.

We all set off down Jonesys. I’m really enjoying a great run, bit of steeper terrain at the top and then the long easy finish. Like a good coffee with a full body bite to start with followed by a long mellow finish. 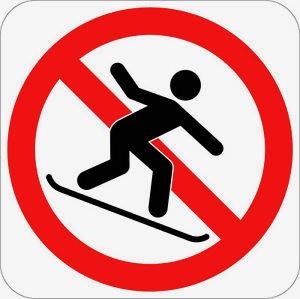 They should be banned.

So why have I related all this boring detail. Well just to prove that shit happens. Wrong place, wrong time, the story of my skiing these past four years. I’m coming straight down the last stretch and wham a scumboarder hits me from behind. I think I’m going to survive it but no he takes me out. I remember thinking I’ll fall on my left side. Well the rest is just a repeat. Skis don’t come off. Try to get up, but no I’m not going to be able to ski down.

Needless to say I have a few choice words to say to the scumboarder. Why me? Why when there’s a wide open space? Ed was skiing with me at the time and saw him come over the slight brow of the hill and then totally out of control into me.

Yet another sledge ride down to the medical centre. Xray shows a fracture in my Tibula. Despatched home with a brace on, yet another pair of crutches and told don’t put any weight on it. Expert says I need a C.T. scan to determine whether it’s stable enough or will need surgery.

Wrong place, wrong time, again. Absolutely nothing to do with skiing with Helen, or the litany of choices leading up to it. Who knows if I hadn’t skied with her I’d have probably been pushed off the ski lift by some drunken scumboarder.

Irony is I’ve had a real mind game going on getting over previous incidents. What really grates is that it wasn’t my fault or skill. I’ve been so cautious, taken it so easy, but I might as well have just skied Black Diamonds this year. At least if I’d have given the terror of Erika’s Gold a go. I would have had the satisfaction of it being all down to me.

Well that’s it I promised Wendy I’d give up skiing if anything else happened this year. It breaks my heart to give up, but 4 years in a row, I think is trying to tell me something. What makes me even madder is that I won’t get to ski with Jasper. He’s doing so well and after seeing the latest video of his skiing I was so looking forward to skiing with him.

So I need to stop feeling sorry for myself, remember SHIT HAPPENS, SUCK IT UP.

Time for some whiskey. Money can’t buy you happiness but it can buy whiskey and wine which makes you happy

Long ago there was a famous Mistress in Bagdad who sent her slave to market to buy provisions and in a little while the slave came back, white and trembling, and said, ‘Mistress, just now when I was in the marketplace I was jostled by a woman in the crowd and when I turned I saw it was Death that jostled me.  She looked at me and made a threatening gesture,. Now, please Mistress lend me your horse, and I will ride away from this city and avoid my fate.  I will go to Samarra and there Death will not find me’.  The Mistress felt sorry for her favourite slave whom she loved and lent him her horse, and the slave mounted it, and he dug his spurs in its flanks and as fast as the horse could gallop he went.  Then the Mistress went down to the marketplace and she saw me standing in the crowd and she came to me and said, ‘Why did you make a threating gesture to my servant when you saw him this morning?’  ‘That was not a threatening gesture’, I said, ‘it was only a start of surprise.  I was astonished to see him in Bagdad, for I have an appointment with him. Tonight. In Samarra.’