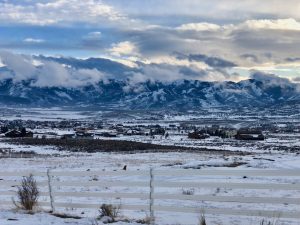 I lead my leisure ski group in the morning. Hal joins us and gives some lessons to the group, that goes down a treat.

Anna and León were late up so we planned to meet them at our coffee break, but we broke for coffee a tad late so missed them.

Had a good morning skiing with the group.

Lazy afternoon, Wendy has the car at the hospital.

In the evening we all drive over to Heber for dinner with Hal and Carol. Have a lovely meal of Raclet – Wendy wants one of the Raclet cookers – it’s such a sociable meal as you all cook your own cheese and chat, while the steak and shrimps cook on the hot stone. 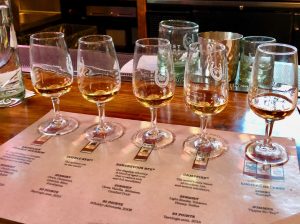 Go up skiing with Anna and Leon. Catch the Quick Silver gondola over to the Canyons. I ski a few runs with them, especially Copperhead – one of my favourites over there. Then leave them to ski the rest of the canyons whilst I make my way back to PC. Have an awesome mornings skiing. Best and most vertical – 17,000 feet – this season. Snow was excellent and good weather.

Lazy afternoon. Pick Wendy up at the Christian centre.

Anna’s on her 3rd pair of boots and still suffering cold feet as well as uncomfortable boots.

In the evening we catch the bus dow to the High West Saloon for whisky tasting and dinner.

At the High West I’m most impressed with only a 10 minute wait for a table and they text you, even international numbers, when your tables ready. Typical though we want to spend some time at the bar whisky tasting and our tables ready. Good food, especially the Elk Chilli, and the Bourye is very tasty. Think I need a bottle. Lash out on a couple of small whisky glasses. Dine in the new West Wing and it’s so much quieter than the main dinning room. 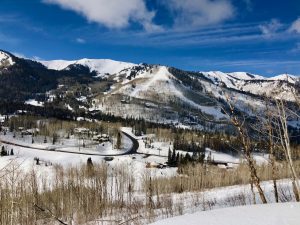 Anna and Leon set off for Deer Valley. It really isn’t worth my while paying all that money for a few hours skiing so I ski PC.

Meet Wendy at lunch time and we walk back home after picking up a free Chocolate Birthday cake for Angela from the Christian centre – it’s massive.

Then Wendy and I are off to a Newcomers Club welcome event – free wine and nibbles. Sat Nav manages to loose us – joy. Meet quite a few new people and am approached about doing Leisure Bike rides for them in the summer.

We’re back home for 18:30 so it’s burgers and baked beans for tea, whilst we watch Question time with Nigel Farage. They really should make him Prime Minister, he’d be excellent at negotiating Brexit as he understands all the EU conniving and sleazy ways. 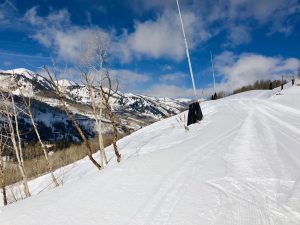 Ten pin bowling in the morning.

Lazy afternoon then dinner up at the hospital restaurant with Bob, Marilyn, Anna and Leon. Yes, can you believe it going to the hospital for dinner. Not the sort of thing you’d ever dream of in the UK, but food is good and hospital is awesome – I should know. 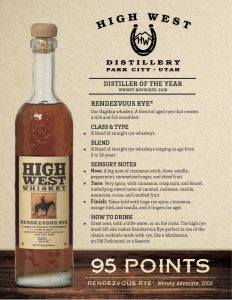 Take Anna and Leon to the gun range for some fun. Start off with a .22; 9mm Wilson combat; .44 magnum revolver; finish with an AR15. Wow that Magnum had a good kick.

Then it’s off to the Christian centre for everyone, I escape to Starbucks. Good job as they were two hours at the Christian Centre, I’d began to think they were all being baptised and taking holy orders.

Home for a quick change and then we’re off out to the Boneyard for dinner. It’s heaving. More crowded that muslims gyrating around the Kaba. Fortunately you can get alcohol to while away the hours while you wait for a table. A table that smaller than Jaspers TV table, on top of which we have to sit on these high chairs that give me altitude sickness and nose bleeds. Fall off one of them and you’d find yourself resting on a mortuary slab.

Overall a good meal, even if they did bring the starter out at the same time as the mains. But a few kind words from yours truly and that problem was soon rectified. And to be fair they did “Take care of the starter.”, which is American for “We’ve not charged you for it.”.

Why is islam, jihad and sharia a threat to Gays?

Islam is a threat to gays, because it mandates a death penalty for homosexuals that is not, unlike the one in the Old Testament, essentially a dead letter today: states that enforce the fullness of Islamic law today, including Iran and Saudi Arabia, routinely put gays to death, and as the Islamic State’s short-lived caliphate in Iraq and Syria demonstrated anew, whenever Islamic hardliners determine to implement the fullness of Islamic law, this death penalty reappears. 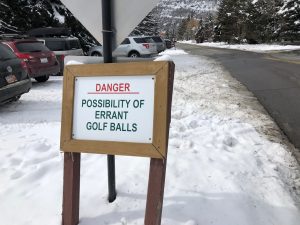 Met Hal, Carol and Angela at Miners camp. I did a run with them and then skied down with Anna to change her boots. All met up again for lunch – well chips for Angela – at Miners camp and then they all skied off to the Canyons.

I went home to get ready for yet another Apres ski party – BYOB. Had a good afternoon at the Apres ski, but really should avoid sin and stick to my “No drinking during the day.” commandment, because then I end up drinking in the evening.

Anna and Leons last night so we spend most of the evening chatting.

I’m off skiing early. Winds Anna up that I get to go off skiing and they’re going home.

Ski with Helens group. There’s been 14″ in the past 48 hour, 7′ of which fell overnight so we’re treated to an awesome powder day. Lot’s of powder, mogul and chopped up runs. Really makes you work. Awesome days skiing, we even get to stop for coffee.

Wendy picks me up at 13:00 and we take Anna and Leon down to the airport. Then I get the real treat of yet another trip to Costco, just to top up.

It’s our first quiet evening in for weeks – such a hectic social life out here, it’s awesome.

https://www.youtube.com/watch?v=Ff2ShaNVVe0
This entry was posted in Uncategorized. Bookmark the permalink.