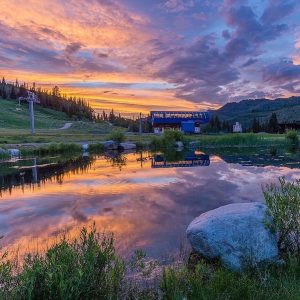 Up and out early kayaking with Bill. Those kayak of his are awesome. I need to go on a diet every time just to get in them. They slice through the water with such ease, like a hot knife through butter. But you have to be at one with your kayak to avoid them going tits up from a wave.

Get back home and we head off down Town. Dot and Wendy are going to the Silly Market, whilst Barrie and I are not so silly and head off to do some whisky tasting at the High West distillery. Try 4 of their famous Bourbons and Rye whiskies – only two at a time thanks to the religious bull shit with Utah drink laws. There that good that I buy a bottle of their Double Rye – smoother than the thigh of Cuban cigar rolling wench.

Sat at the bar next to two birds who are out on the town. One of them tells me she has a job getting her leg over. I think she was referring to the stool she’s sat on. Then the geriatric lech on the other side of them tells the other one to turn her teeth down (classic American teeth, so bright you need to done a welding mask to look at them) and get her fanny on that stool.

Then we head up to the No Name Saloon to meet up with Dot and Wendy for some more drinks.

We all would like to win the lottery, me included, but workIng with the National Ability Center makes you appreciate you how lucky you are if you have your health and no disabilities. Some of the young kids the NAC work with have autism, some have severe non verbal autism. Makes you realize how lucky you are and how lucky you are to have kids without these issues. It amazes me how the parents of these kids cope.

The NAC does an absolutely awesome job. Infinite patience and effort to give these kids and anyone with a disability the best experience and to overcome their limitations. Hence National ABILITY Center.

I’m in an empty car park. It’s been empty for 2 hours while we did our walk.

Then just as I start reversing out the equivalent of the Mountain bikers Tour de France appear from nowhere just as I’m trying to reverse out. What is it with this country, the worlds worst place to ever reverse. There’s always a brass marching band or better still a bunch of nubile cheer leaders waiting to cross your blind sided path.

We take Dot and Barrie down to SLC airport.

Wendy was at the Christian Center most of the day. 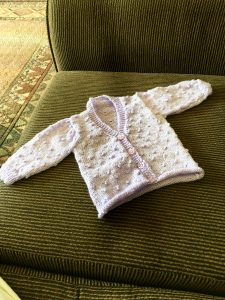 Asked what he would say if he was confronted by God at the pearly gates of heaven, Stephen Fry replied:

“I’d say, bone cancer in children? What’s that about?

“How dare you? How dare you create a world to which there is such misery that is not our fault. It’s not right, it’s utterly, utterly evil.

“Why should I respect a capricious, mean-minded, stupid God who creates a world that is so full of injustice and pain. That’s what I would say. ”

And for his open minded, right minded, truthful comments he is under investigation by the police in Southern Ireland for blasphemy. 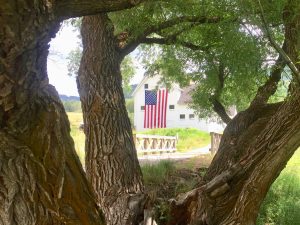 Mr Trump tweeted his hopes for a “new chapter for stronger trade” between the UK and US after Liam Fox, the international trade secretary, visited Washington to meet with trade negotiators.

“Working on major trade deal with the United Kingdom,” Mr Trump tweeted. “Could be very big & exciting. JOBS! The EU is very protectionist with the US. STOP!”

The night before he tweeted that: “Our special relationship w/ UK is going to be even better. @USTradeRep & UK’s @LiamFox met today to begin new chapter for stronger trade!”

Meanwhile back in the U.K. no doubt the PC bedwetters will be doing all they can to fuck up any relationship with Trump, with rants of righteous indignation, boycotts and protest marches.

A Belthorn day. Grey and rainy.

I was due to lead a Leisure Hike but what with the rain overnight, creates a mud bath, and the rain in the morning it’s cancelled.

So, apart from my appointment with fear to have my crown fitted it’s a boring day in. Just like being at home. 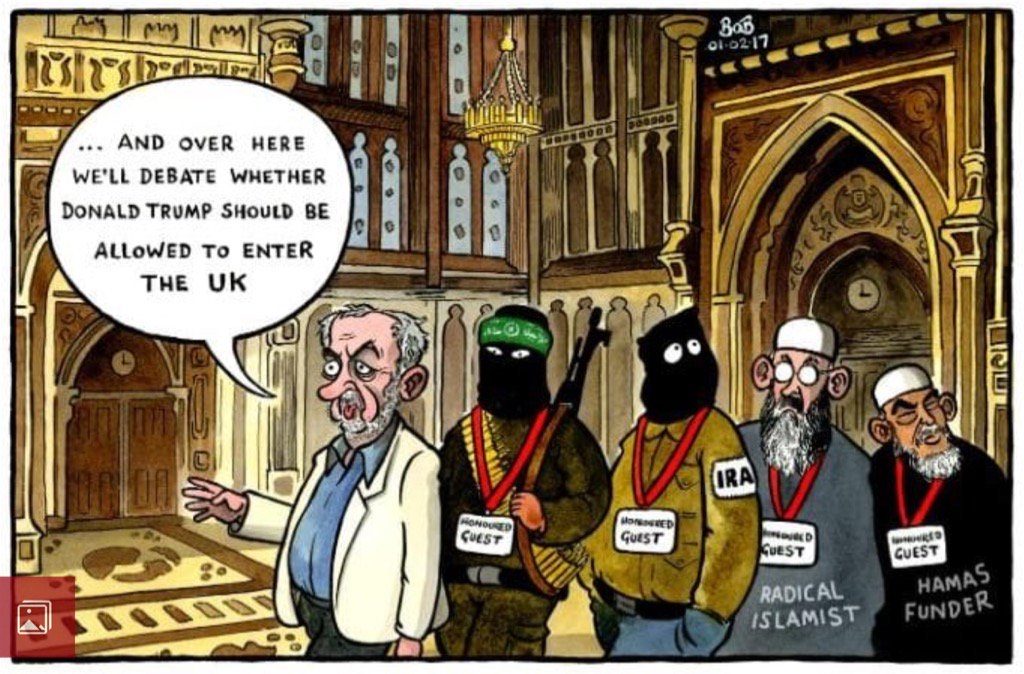 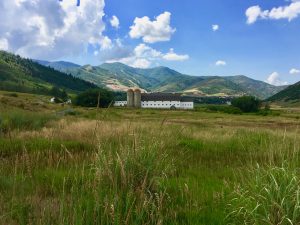 NAC kayaking in the morning for me and CC for Wendy.

After lunch we take a stroll down to the old barn and back. A pleasant walk and we get to see 3 beavers, of the wildlife variety, 1 snake, 1 marmot and red winged blackbird. Loads of beautiful wild flowers.

In the evening we pass on the Deer Valley concert, too wet, and binge out on more Madam Secretary.

More good news, to support my lifestyle choices, from the medical community:

People who drink three to four times a week are less likely to develop type 2 diabetes than those who never drink, Danish researchers suggest.

Wine appears to be particularly beneficial, probably as it plays a role in helping to manage blood sugar, the study, published in Diabetologia, says.
They surveyed more than 70,000 people on their alcohol intake – how much and how often they drank.

But experts said this wasn’t a “green light” to drink more than recommended.

Pity about the last sentence.

I go kayaking with PCMSC in the morning, while Wendy looks after Angela and shows her how to knit.

In the afternoon I take Angela up to the NAC with me for her archery lesson. 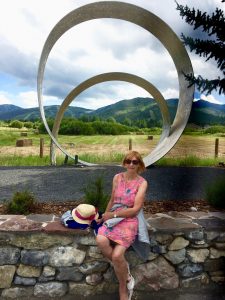 Vegan campaigners are free to brand British milk production as inhumane after a ruling by the advertising regulator.

Dairy farmers had argued that an advert stating “humane milk is a myth — don’t buy it” was inaccurate but the Advertising Standards Authority (ASA) will clear it in a ruling to be published today.

The decision is a blow to the dairy industry, which is losing customers as people switch to vegetarian or vegan diets.

The Vegan Society says that there are more than 540,000 vegans in Britain, up from 150,000 a decade ago. Hard-hitting billboard campaigns warning against consuming milk, eggs and meat have become a common sight on high streets.

Go Vegan World, the campaign group that placed the anti-milk advert in national newspapers in February, said the ruling vindicated its claim that drinking milk involved cruelty to cattle because they were bred and managed to maximise production.

If animals aren’t meant to be eaten, why are they made of meat? 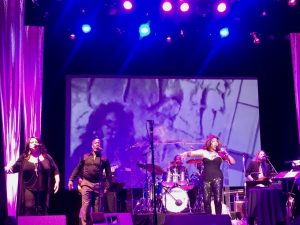 Any minute now there’s going to be a wardrobe accident.

Biked down to bowling at Kimble Junction while Wendy went to the CC.

In the evening we went out to dinner with Carol and Angela at Fuego Italian restaurant. Food was ok but it was noisier than a school canteen. Then we went to see Mary Wilson in concert at the Egyptian Theatre. Now if you’re like me you’ve probably not got a clue as to who the hell she is. Well she was in the Supremes with Diana Ross – 73 years old.

Meanwhile for my added entertainment I have a blond bimbo trophy wife sat in front of me, with her blond locks gyrating around like a plastic nodding head car dog with saint Vitas dance. 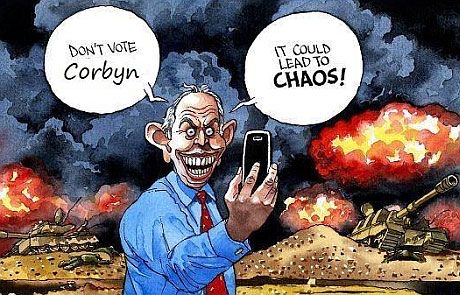 Whilst I appreciate that getting old is so much better than the alternative, it does have some serious drawbacks such as: 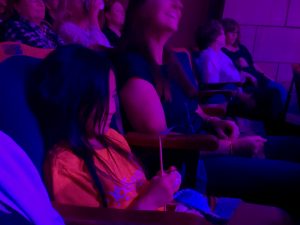 Whilst you’ve still the mind of a 16 year old your body just struggles to keep up.

It can be depressing as you’re mainly mixing with other geriatrics rather than young people.

But most depressing of all must be that most of these geriatrics wear shirts tucked into their trousers or worse still their shorts.

Then we have the reminder of how much worse it can get as we Watch an old couple struggle walking and carrying their shopping in.

As my mate Bill says. “You have to keep at it. Don’t step down the ladder as you’ll never get back up”. So I’m going to cycle down to Kimble Junction and back rather than go in the car. 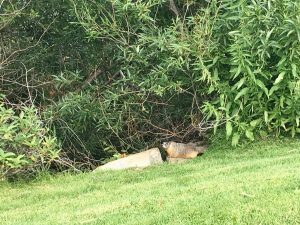 Beaver of the wild life kind.

Meanwhile Wendy needs to ring Park City Lodging to ask them to come and do a bush trim. It’s grown that big we struggle to get out the back way.

https://www.youtube.com/watch?v=NkW4kDGJGwA
This entry was posted in Uncategorized. Bookmark the permalink.