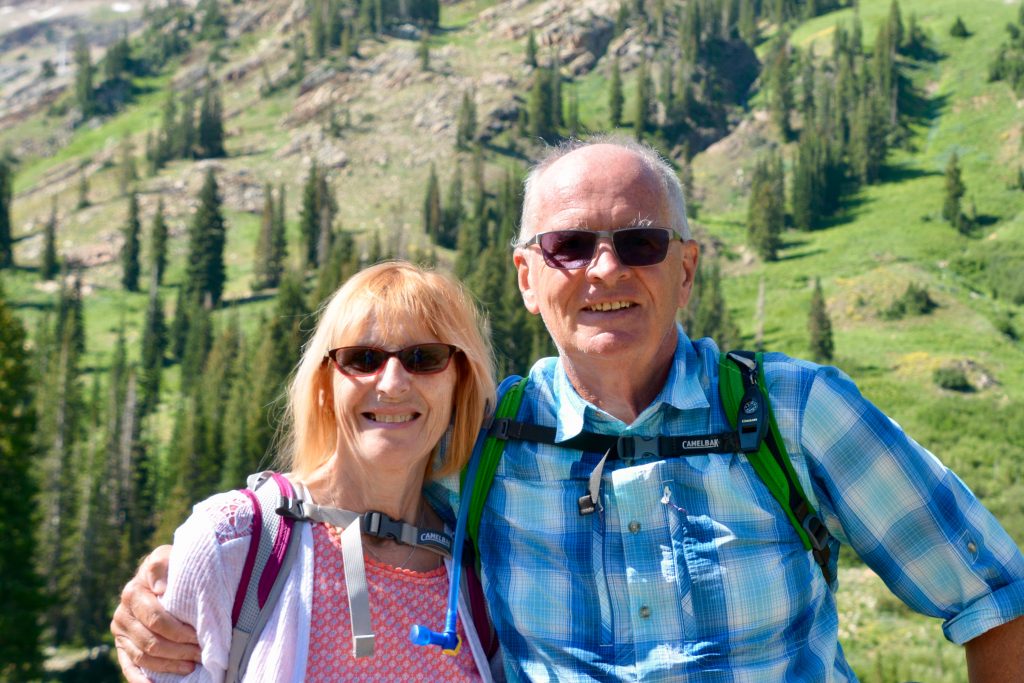 Another photograph. My 26th smile so far this year. 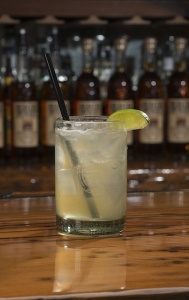 This week we’re off to see “The Book Of Mormon” down in Salt Lake – centre of the Mormon universe. Can you believe it that the Mormons allow this. In honour of my total respect for this religion, this episode of my blog will be poking fun at it, and giving the religion of pieces and permanent offence a week off.

Leisurely morning. My day of rest. No having to get up at the crack of sparrows, instead woken by the Sandhill Cranes. 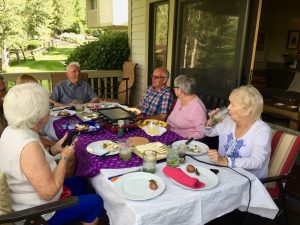 In the evening we have our street party with all the neighbours. Although judging by the excuses for not attending it seems that anyone who says they will is at high risk of medical catastrophe. Anyway a pleasant evening, even if I do end up with alcohol poisoning thanks to all those “Dead Mans Boots” and “Dark And Stormy” cocktails. Stagger to bed.

Nothing much to say on this other than how fortunate we are to be here in paradise, even if the place is infested with super fit health freaks. Despite being geriatrics, so much better than the alternative, we’re still lucky enough to have good health and enjoy most of the activities available. Making the most of it while we’re still able. 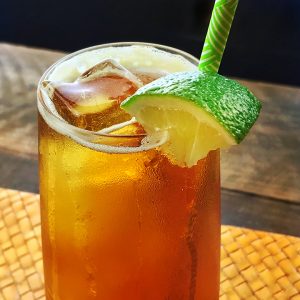 A Mormon bishop, a Catholic priest, and a TV evangelist were fishing from a boat in the middle of a small lake. The priest realized that he’d left his tackle box in his car, and, not wanting to disturb the other two, got out of the boat and walked over the water to the shore, got his gear, walked back, and started fishing.

An hour or so passed, and the bishop began to feel a little hungry. His lunch was back in his car, though. . . . So, he got out of the boat, walked over the water, got his lunch, came back, and nibbled on his sandwich.

The evangelist, not to be outdone, decided that he’d best go for a walk, too. He mumbled something about going to the bathroom, stood up, stepped over the side of the boat . . . and splashed into the lake.

The priest, chuckling, said to the bishop, “Think we should’ve told him about those submerged rocks?” Said the bishop, “what rocks??” 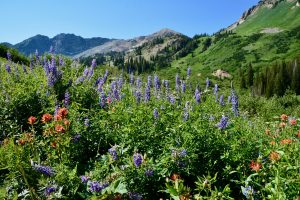 Up early to go on the PCMSC Wild Flower walk in Albion Basin at Alta. They all met at Park City Bagels. I met at Wasatch bagels. Reading and comprehension skills are a wonderful thing. Anyway good job we missed the group as I’m suffering with severe alcohol poisoning so Wendy has to drive. She would rather go over Guardsmen pass than down the interstate.

Miss the group set off but bump into them on the walk – at least I don’t have to sign a waiver.

The flowers are spectacular. Despite Wendy’s whining it was worth it.

Some interesting theories on the religion of pieces and permanent offence:

No evidence that the Quraysh tribe – mohamed’s tribe – ever existed.

Not a single biography of mohamed date from his time. The most famous and earliest was at least 100 years after his death.

Arabia is portrayed as a pagan wasteland before the time of mohamed. Yet there is strong evidence of thriving Christian and Jewish communities. 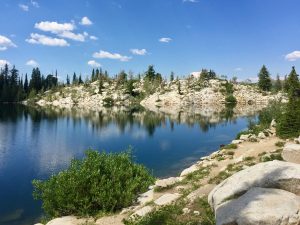 Out to scout out my Sunday Leisure bike ride. Just an easy 7 mile ride.

Wendy looks after Angela in the morning.

In the afternoon I set off with Hal and Angela for a 3 hour hike around the lakes at Brighton. May only be 4 mile with about a 1,000 feet elevation gain but it’s a challenge having to scramble up streams, and worst of all down them; over rock avalanches; and down steep inclines. Views are spectacular though. Thankfully we each had two walking poles or I don’t think any or us could have done it. Entertainment and constant narrative, including a the complete “Mirror, Mirror” tale, provided by Angela as she did her performance as a mountain goat without a care in the world.

A pretty exhausting but very enjoyable day yet again here in paradise. 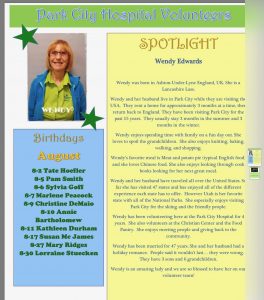 A Mormon Bishop got on an elevator on the 10th floor, (he was heading to the lobby) when on the 8th floor a beautiful woman walked in. (they were alone) On the way to the lobby the gorgeous woman hit the stop button. She turned to the Bishop and said: “Can you make me feel like a true woman?” The

Bishop said: “I sure can” and excitedly took off all his clothes, he then threw them in the corner of the elevator. He turned to the woman pointed to the clothes and said: “Now fold them”.

BYU The Dean of Women at BYU was lecturing her students on sexual morality. “We live today in very difficult times for young people. In moments of temptation,” she said, “ask yourself just one question: Is an hour of pleasure worth a lifetime of shame?”

A young woman rose in the back of the room and said, “Excuse me, but how do you make it last an hour?”

I’m off to the NAC for kayaking while Wendy’s at the CC.

Gratitude of some people is disgusting. A women gets a free hours stand up paddle boarding, courtesy of the NAC, and all she does is whine, rant and rave because she’s expected to wear a life jacket and a leash. Why should I wear a life jacket one i’m a good swimmer? Why should I wear a leash I never had to wear one when I did it back east. Simple, you have to wear one because that the rules. Really felt like telling the ungrateful wench to take a hike.

Then in the evening we go out to the Boneyard for dinner with our neighbours Tina and Neil. Pleasant meal and company. Not too badly priced.

Wow I really like that Hennessy Master Blenders Selection number 1, it’s so smooth. Better still in the High West Double Rye, I think I’ll definitely have to take a bottle home. 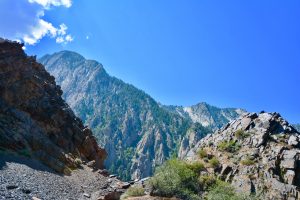 Mormon Mother A Mormon mother was preparing pancakes for her sons, Owen, 5, and Bill, 3. The boys began to argue over who would get the first pancake. Their mother saw the opportunity for a moral lesson. If Jesus were sitting here, He would say, “Let my brother have the first pancake. I can wait.”

Owen turned to his younger brother and said, “Bill, you be Jesus.

100 A elderly Mormon asked his doctor if he thought he’d live to be a hundred. The doctor asked the man, “Do you smoke or drink?” “No,” he replied, “I’ve never done either.” “Do you gamble, drive fast cars, and fool around and marry many women?” inquired the doctor. “No, I’ve never done any of those things either.”

“Well then,” said the doctor, “what do you want to live to be a hundred for?” 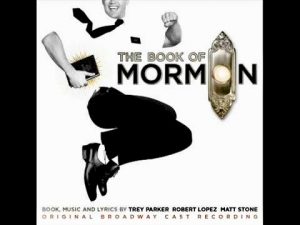 What better place to watch this than Salt Lake City – amazing.

Up at the crack of sparrows yet again – some holiday. I’m off kayaking with the sports club. A great couple of hours on the Jordanelle. Really must think about getting a kayak back home. Pity it’s so cold in the UK. Probably need my wetsuit on most times.

Take Wendy to the CC.

In the afternoon it’s archery with the NAC and Angela goes.

Back home after archery, quick change, quick tea with the Schimitts and the we’re all, minus Angela, off down to the Eccles Theatre in Salt Lake to see the Book Of Mormon. Can you imagine that this musical, the most irreverent, piss taking of the Mormon religion you can imagine, and it’s back by popular demand. All credit to the Mormons that they can laugh at themselves and are that confident in their religion that they don’t feel the need to riot or issue death threats. 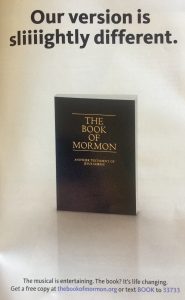 Some smart marketing by the Mormons in the Book of Mormon musical programme.

The production and set was much better than the London version. Best of all was the audience, they loved it. I’m sure the audience must have been at least 50% Mormon, although no signs of magic underwear. When they sang Salta Laka City, they erupted but best of all when they said “….the Mission President. Oh f.ck him” it nearly brought the house down – this guy had obvious pissed off a lot of people. As for “Hasa Diga Eebowai” – roughly translated as “F.ck You God”, that bought rapturous applause.

A stunning performance and we all thoroughly enjoyed, even me, who hates musicals.

Can you imagine a performance of a new musical called “The Book Of Islam” being performed in Tehran and Mecca. Perhaps it’s time for the UN to take the unprecedented step of commissioning South Park to write such a musical in the hope of desensitising and toughening the skin of the religion of pieces and permanent offence. I live in hope.

The sooner all Muslims convert to Mormons the better place the World will be.

I really think I have to cancel my subscription to The Times. I purposely try and read a balanced broad sheet, as I know that a click on the Daily Express or Daily Mail will result in blood boiling melt down. But it seems there is so much PC stupidity from our bed wetting, gutless politicians and institutions that it’s time to avoid any news from back home. Much simpler to follow American politics. At least it has the advantage of not affecting me and hence no boiling blood.

Just look at a few of the items of stupidity this week:

When will we ever get some politicians with some gonads and a skerrick of common sense. The only ones who seem to qualify are Farage and Mogg. 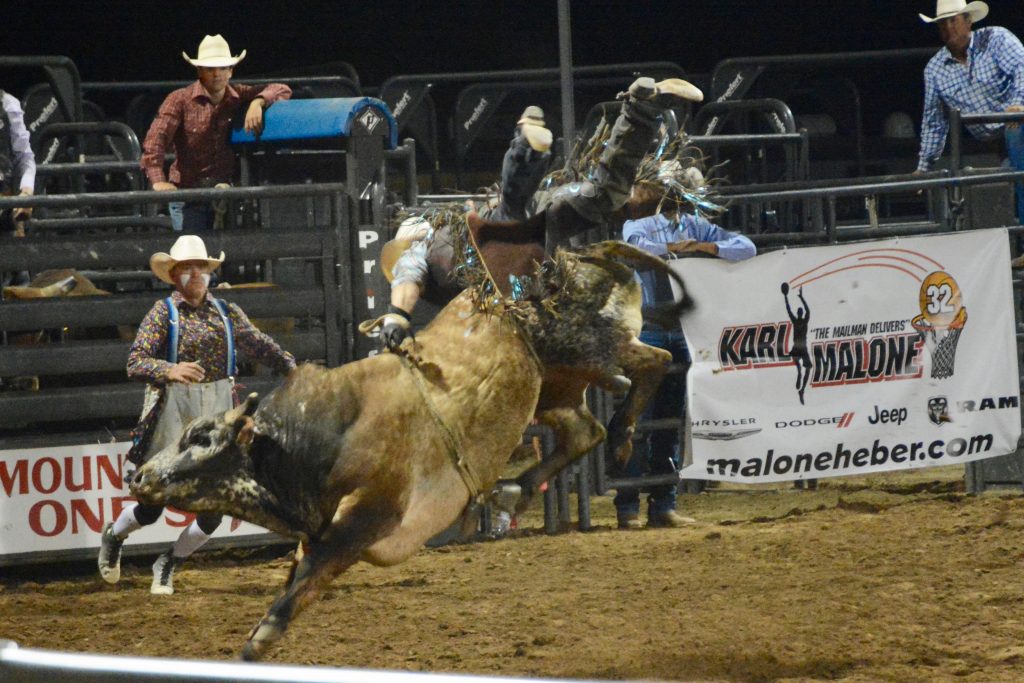 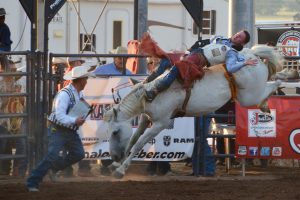 Wendy’s at the CC whilst I go ten pin bowling with the Park City Newcomers. Ride down there on my bike but after a Starbucks it’s a tad late to ride back so I have to cheat and catch the battery bus. Hope those Duracells last. 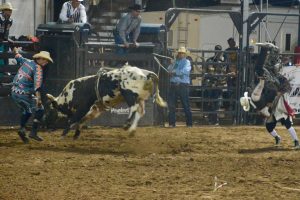 Home for a quick change and then we’re off to the Schmitts for a relaxing dinner on the patio before the Weber Rodeo.

Rodeo was awesome and great fireworks I’ll let the glut of pictures speak for themselves. 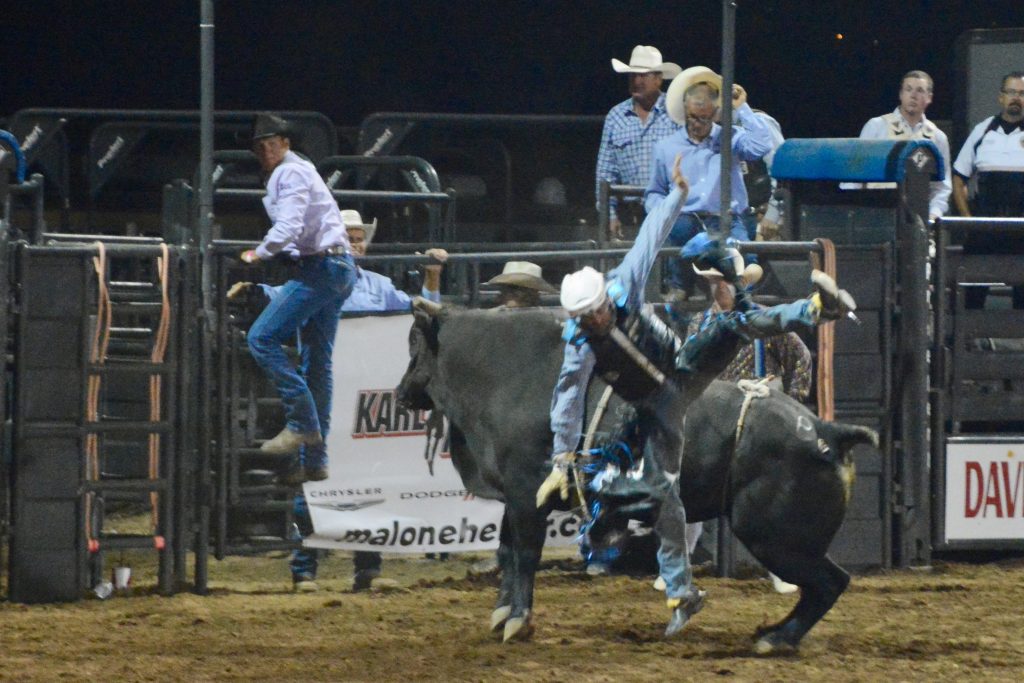 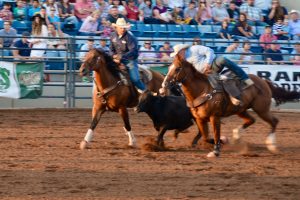 A anxious soon to be Mormon father spoke frantically into the phone, “My wife is pregnant and her contractions are only two minutes apart!” “Is this her first child?” the doctor asked. “No, you idiot!” the man shouted. “This is her husband!” 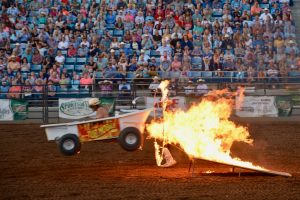 What is it with American traffic lights. You get the green light, go to turn right and find that yet another American marching band now has a walk now sign and are non-chantly strolling across, with their iPhones strapped to the side of their shrivelled brains. Can they not figure out that it would be safer if pedestrians, even brass marching bands and dozy birds with their iPhones strapped to their lips, had an exclusive time to cross the road.
Saturday – hot and sunny. 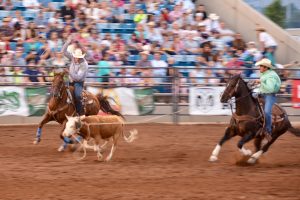 I scout out a route for my last leisure bike ride, around the maze known as Park Meadows. Will we ever get out of that area once we enter. That’s my exercise for the day.

After lunch we drive down to Heber to try and get a replacement sun hat for me. The last one broke out in a bad case of prickly heat as the material started to erupt from the head band. Call in at a cowboy super store but no luck as they’re all rock hard. Must be made of fibre glass, a bit like wearing a hollow plate on your head. 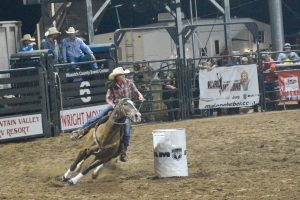 Wendy spies some cowgirl boots that she’s always yearned for. After trying every pair of size 8’s in the shop at least twice she settles on a pair. They’ll be ideal for shopping at Asda in, just what everyone is wearing under their black bin liner.

Evening is time to catch up on TV and more Madam Secretary.