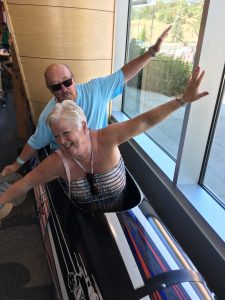 Dot and Barrie on a slippy slope down.

Up and out early to go Kayaking with Bill on the Jordanelle. Have a great morning kayaking.

Then it’s back home quick change and out to the Flying Aces with Dot and Barrie.

To: D A MacArthur/C H Nimitz

Political Correctness is a doctrine, recently fostered by a delusional, illogical minority and promoted by a sick mainstream media, which holds forth the proposition that it is entirely possible to pick up a piece of shit by the clean end! 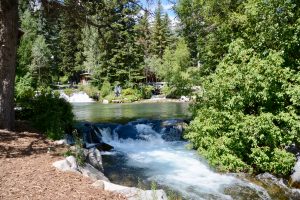 Lazy morning then we’re off for a road trip with Dot and Barrie, for a a picnic at Sundance. Then a leisurely drive over the picturesque highway 92 over the Timpernagos. One of the top trips in America. 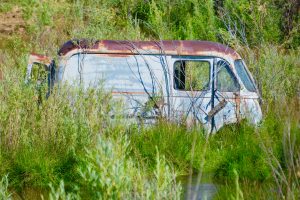 It has been the formal way of addressing an audience for centuries. Now transport bosses are banning the greeting “ladies and gentlemen” in favour of a gender-neutral alternative, such as “good morning”, “good afternoon everyone” or “hello everyone”.

Transport for London said yesterday that the phrase, which is believed to have its origins in the 16th century, will be scrapped to be replaced with “good morning everyone”.

The Tube, which handles 1.37 billion journeys annually, said that gender-neutral greetings will be applied to recorded announcements when they are updated this year.

Staff have also been urged to incorporate them into everyday greetings. Bosses will issue reminders to staff who continue to use “ladies and gentlemen”.

The change was made after months of campaigning by LGBT groups for a change in the “outdated” language used by train and bus staff.

Sadiq Khan, the mayor, said that TfL had to represent a “vibrant, diverse and multicultural city”, adding: “I am aware that some customers may not relate to or feel comfortable with the way that certain station announcements are made.

“I am keen that TfL addresses these concerns by speaking in a more neutral way when referring to gender.”

I don’t believe it! Where will it end. Doesn’t it just make you want to pewk. 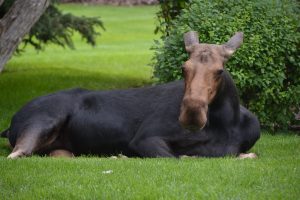 I’m leading a Leisure Hike along the rail Trail, up to the hospital where I’ve arranged a talk on health and wellbeing for us geriatrics.

Great talk very well received and then it’s time for lunch in the hospital restaurant before catching the bus back to our cars.

Lazy afternoon. Then in the evening we all troop up to the hospital for dinner on Wendy’s vouchers.

In the evening we sit out on the deck with Sam and Dominique round for drinks. 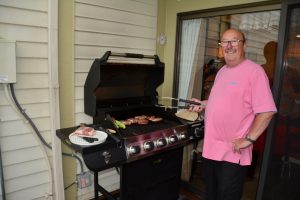 Up a the crack of sparrows yet again. Some holiday. Off down to the NAC for paddle sports with the disabled. Kayak with a young lad who is non verbal autistic – difficult to communicate. Then in a canoe with a young lad. Hard work canoes.

Afternoon Barrie and I go shooting again. This time we have a .223 assault rifle and then a .22 automatic handgun.

Today’s lesson in life is don’t go shooting with contact lenses in, wear your glasses. Dominant eye is set up for distance vision. Great I can see the target but the gun sights are out of focus. No good me getting me green card and joining the NRA then. Can just imagine if there’s an intruder I’d have to ask him to wait while I take me contacts out and put me glasses on. Then I could shoot him. 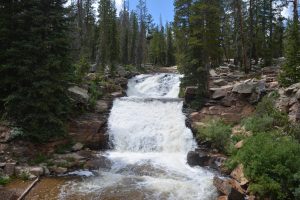 In the evening we have a Barbecue with Hal, Carol and Angela coming around. Barrie – AKA The Charcoal King – assists. Of course just our luck it’s Pissing downed hail stones the size of aniseed balls, but no I’m not deterred. Because of the rain we don’t move the barbecue out too far from the house. Net result we set off every fire alarm in the house and have to enjoy the meal with that cacophony as ambient background music.

Just proves my theory about barbecue. Why is it that your average red blooded male chauvinist, who doesn’t even know where the kitchen is, let alone know how to even use a microwave, when confronted with a barbecue seems to regress into a 12 year old boy scout, burst out singing “Sing Gang Gooli,Gooli Gotcha” and want to cook baked beans and sausage on a barbecue. Much better to let her indoors loose in a state of the art kitchen. 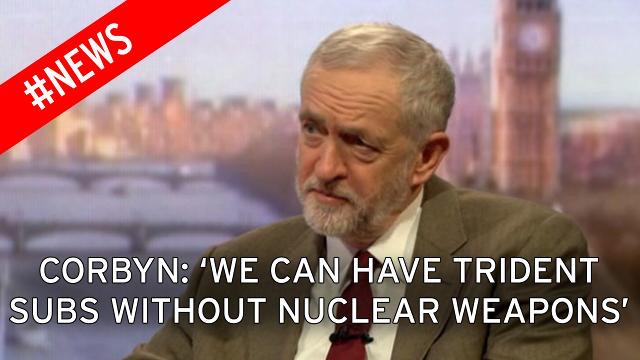 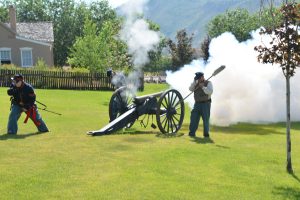 Cannon firing at This is the place.

I lead a leisure bike ride around the Swanner Reserve. Just under 10 miles. Classic isn’t it, you always get one smart Alec. Everybody enjoys the ride but one nit picker has to post out that the average speed was not 7 but to be precise 7.8 MPH instead of 6 MPH. Oh how I wish I had a speedometer on my bike. Bit of a screw up in the planning department. I arrange the bike ride to end at a local hostelry, but I have to drive in the afternoon, so I’m condemned to some pale yellow water – alcohol free lager.

Home, quick change and shower ready for Archery at the NAC. Angela’s got on the afternoon course so I work with her. She’s really good, has a great stance, listens, remembers and does as instructed.

Preston Police have truly lost the plot with this entry on Facebook. 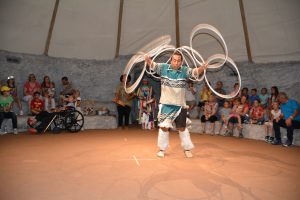 “We have received a report of potential racist comments made towards a woman at a bar in Preston back in March.
The suggested incident took place in the ladies toilets at Popworld on Church Street in the late hours of Friday 31st March and we are now in the process of trying to find the woman to see whether she wishes to make a formal complaint.

Pots for rags. What on earth are the loony PC bed wetters doing. An insult to hard working coppers. 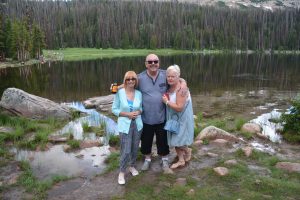 Lazy start to the day. First lie in of the week.

Manage to get dispensation from her indoors to go 10 pin bowling with the PC Geriatrics (AKA Park City Newcomers), it’s a bit like a teenage version of last of the Summer Wine on steroids, with plenty of high fives and loud, all American salutations – sadly only time for one game. 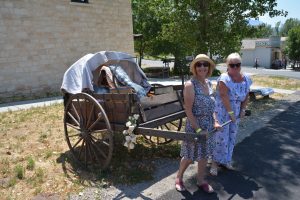 Dot and Wendy have a go with a Mormon Pioneer Handcart.

Home and then we’re off for a picnic up to Mirror Lake and Provo Falls. Typical when we get there it’s raining, whilst the rest of Utah basks in glorious sunshine. It’s also a welcome 20 degrees cooler as it must be about 11,000 feet up. 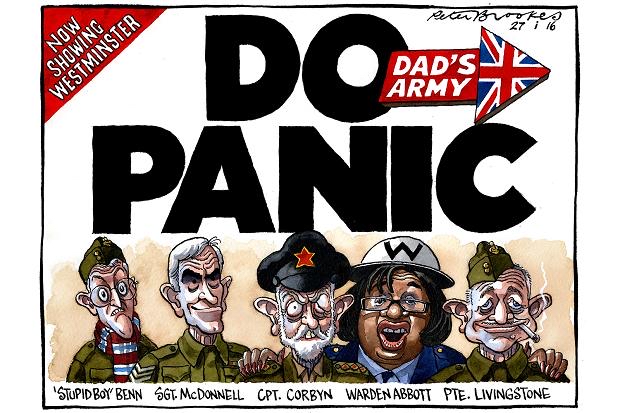 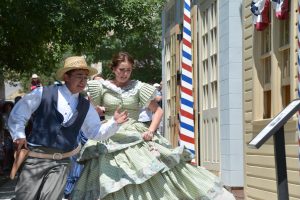 Up early to go to “This Is The Place”. A Mormon theme park, sort of living museum of Mormon history to celebrate their arrival in Salt Lake after their long trek from Navoo. Quite interesting and entertaining. No rides. Plenty of characters in period costumes. Magic underwear abounds.

Drive back along Emigration Canyon and stop at Ruths Diner for lunch. Finally time to try a Root Beer Float and see if the ice cream therein can turn the popular ALL AMERICAN antiseptic drink, also known as Root Beer, into something that doesn’t make you dash for the nearest spitoon. It seems to do the job, although raw unpolluted Root Beer still taste like antiseptic and no doubt has enough calories to feed a Mormon family of 12 for a week. 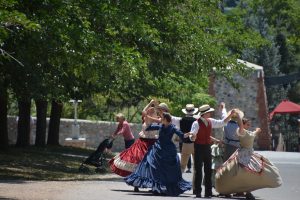 Call in at Smiths for Sushi and ribs, but sadly the ribs there’s no ribs despite it being Pioneer Weekend, when the magic underwear brigade celebrate their arrival in Sal Lake. I make no bones about it, you really have to admire those early Mormon pioneers who trekked over a 1,000 miles pulling a handcart with all their wordy goods.

Barrie and I pop to the liquor store for some essential supplies. I splash out on a great Limited Edition Hennessy Brandy I’ve had my eye on. 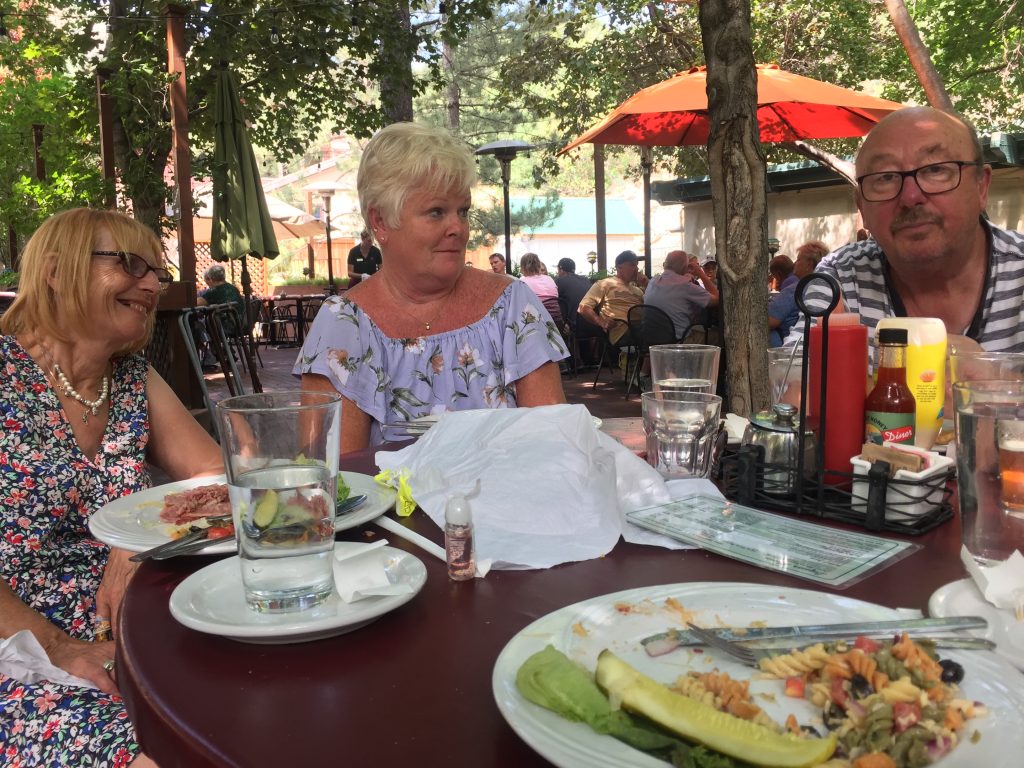 I really admire the Mormon religion, as far as religion goes, they seem pretty benign, do a lot of good, have a great sense of family and their kids are so respectful. All credit to them.

Have quite a bit in common with Muslims, in that the name of their religion both start with “M” and they have two “M’s” in it. And thats about the only similarity. In my view the world would be such a better place if all muslims donned the magic underwear and were forcibly converted to Mormons.