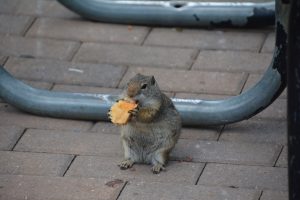 Lazy morning, a real treat not to have to get up early to beat the heat.

Lazy morning reading the Times, with the depressing news at home from our gutless, bed wetting politicians, most of them so open minded their brains have fallen out. About as much fun as a warm bucket of calf slobber. As for that communist numpty with his forest full of money trees, run by the Trot-Snowflake Momentum caucus. Well false promises abound to tempt the young, like the pied piper, and with aspirations to have the hammer and sickle flying over number 10 and the national anthem replaced with “we’ll keep the red flag flying”. God help us if he ever gets in power, we’ll be back to 60’s with an economy worse than Greece. It’ll be time to apply for asylum over here.

Mind you the World’s not in much better shape. As the Chinese say “we live in interesting times”.

In the afternoon we take a stroll down to the Temple Bar Shalom to A Beethoven Festival recital. Not so much a cultural overdose more like a septic shock to the synapses. Sadly not a full orchestra, just Chamber music. I suppose 200 – 300 years ago this is all they had. No pop music; no iPods; no Netflix; no cinema; no TV. Very uplifting I’m sure.

Whilst it’s not essential to have a car here, with the free bus service, it certainly helps in summer to get to the many activities. In winter you can easily manage without a car.

One of the true delights of being here is the ease of a walk into town or a bike ride into town. A car can so easily make you lazy. So much better, and healthier, to don your shoes or ride your bike whenever possible. 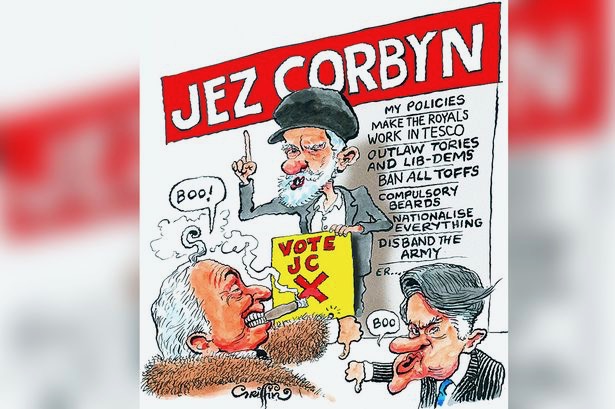 Yeah, I’ll go for this piece of scientific research – https://www.thetimes.co.uk/edition/news/wake-up-and-smell-the-coffee-an-extra-cup-makes-you-live-longer-j2lbljts9.

An apple a day keeps the doctor away but an extra cup of coffee could keep the grim reaper at bay, according to the biggest study of its kind.

Research found that people who drank about three cups of coffee a day — whether espressos, cappuccinos, lattes or even decaf — lived longer than non-coffee drinkers. Those consuming most coffee were less likely to die from any cause during a 16-year study of more than half a million people, particularly from heart and lung diseases or conditions linked to the digestive tract. 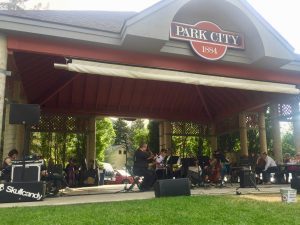 Lead a leisure Bike ride. Sadly only two of us. Really beginning to wonder whether these will take off. These rides are new this year but the sports club seems reluctant to invest in a bit of advertising them to make members aware. Sad really because there does seem an interest in an easier ride.

I take my tea and have it down in the city park listening to some music from the Beethoven festival. Very pleasant, and better than yesterdays effort, but still not really my cup of tea. Wendy gives it a miss. All very well and good these FREE concerts, but being free doesn’t absolve them from starting on time. People take the trouble to arrive on time.

Dot and Barrie arrive in the evening, after a long drive up from Las Vegas. They’re glad 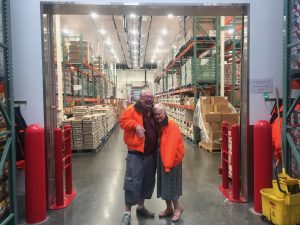 Treat Barrie and Dot to a trip to Costco, with our Worldwide Executive membership!

Major screw up in that I’m leading a leisure hike from Sliver Lake down to Snow Park and also supposed to be going with Barrie to return their car to SLC.

A good bit cooler today. Ideal hiking weather. Do the hike with Wendy and then scoot off down to Salt Lake to pick Dot and Barrie up at the Temple. Have lunch at the Navoo cafe. Then treat Barrie to a trip to the largest Costco in the World. One of the advantages of being World Wide members as opposed to mere Executive UK members. 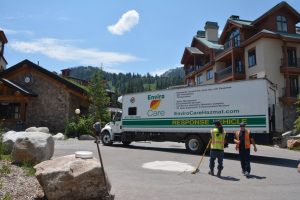 Has there been a nuclear disaster? No merely a small anti-freeze spillage.

Early start again. Wendy’s at the CC and I’m NAC kayaking in the morning. One of the young autistic students has several major melt downs. Manage eventually to calm him down by challenging him to a race. It’s really difficult for him.

After lunch Dot and Wendy do a weekly shop, while Barrie and I go up to Campos at PCMR base to buy some more coffee and have one of their superb coffees.

Evening it’s a picnic, beer and wine at the free Deer Valley concert. 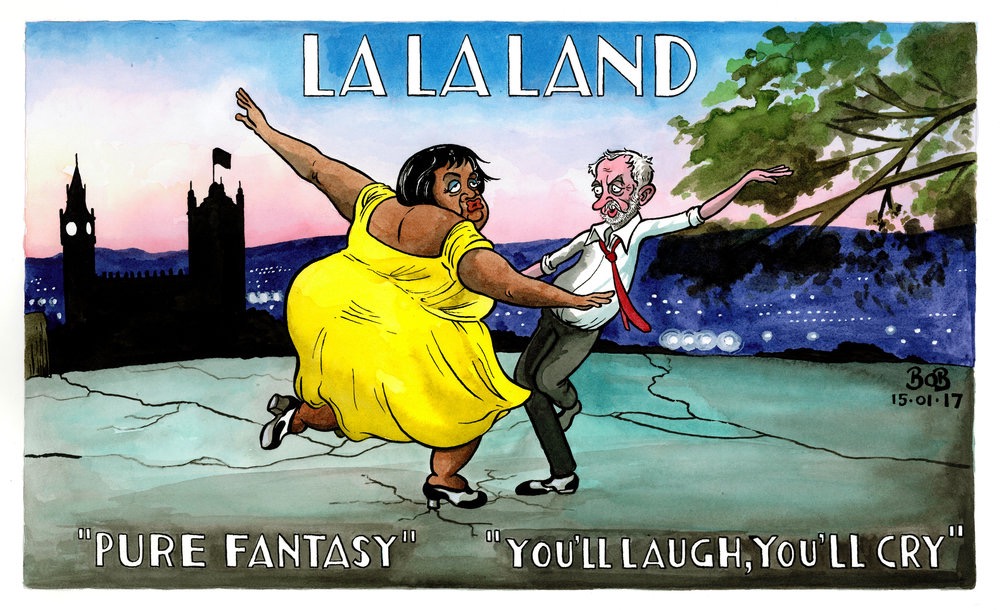 Up at the crack of sparrows again and down to the Jordanelle for kayaking with PCMSC.

Lunch time drop Wendy off at the hospital for volunteering. 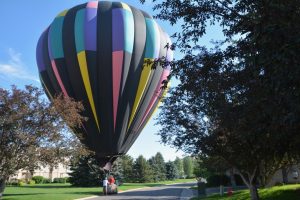 Balloon lands on our road. What excitement.

CHIEF Remoaner Nick Clegg has called for a second Brexit referendum and has fused his plea with a cunning plan to entice young voters to back him.

The former Lib Dem leader claimed the public wants “to have another look” at Britain’s divorce from the European Union, even though he admitted his “time is up” in politics.

In a bid to lure younger voters to back his plea for another vote, the ex-MP said votes made by under-30s should count twice “because it’s their future”.

Who knows perhaps that crazy commy Corbyn will go one better with 2 referendum and 3 votes fro everyone who voted Remain. 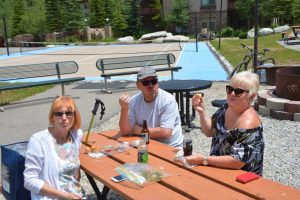 Take Dot and Barrie on a leisurely drive over Guardsmen Pass; down Big Cottonwood Canyon; stroll around Silver Lake; picnic at Solitude resort; then drive up and down Little Cottonwood canyon; afternoon tea at Snowbird. Explore the archery stalls at Snowbird as there’s a 3 day shoot on. Want one of these new dinky compound bows. Then it’s a leisurely drive back over Guardsmen Pass. Good now it’s all paved black top. 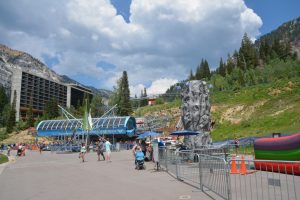 Here in the land of everything gluten free how will they cope with this:

The Pope has insisted that priests use wafers containing gluten at Holy Communion in a blow to those unable to eat the protein for health reasons.

Whilst I’ve every sympathy for people who need gluten free it needs to be kept in perspective. Less than 2% of the population have a gluten intolerance. Yet here in the good old USA you’d think it was 100%. Gluten free salt, beer, what about water. The greedy gobshites in the marketing departments strike again. I’ve started asking for gluten free water when I go out to a restaurant. 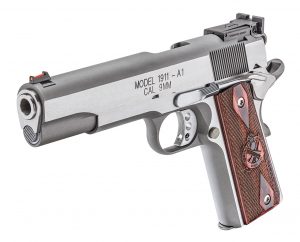 Go on make my day.

Up and out for a bike ride with Barrie down the rail trail while Dot and Wendy go to the Christian Centre and the Boutique.

After lunch Barrie and I go shooting down at the gun range. Select a 1911 Springfield 9mm. Barrie’s an ace on the range. Unlike me who keeps missing the target because I’m jerking the gun down to avoid recoil. Guy gives me a few tips and get’s me firing with no bullets and that seems to cure the problem. At least now I’m able to hit the target somewhere. Great afternoon, 100 rounds for $78 for the two of us. Wd’ll have to go again. Barrie’s hooked. Meanwhile Dot and Wendy go shopping to the Tangier Outlets – now there’s a surprise.

Eventually meet up at Starbucks then over to Mac shop to buy Dot a 10.5″ iPad Pro, that’s when we can prise the two of them out of TJ Max complete with not one, not two but three handbags – well you can never have too many!

Build Walls on Bridges
This entry was posted in Uncategorized. Bookmark the permalink.