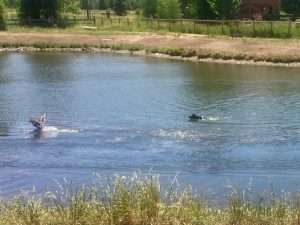 It seems like Jake wasn’t the only dog stupid enough to think he was a duck.

Up late and a lazy morning. We both get to read Jasper a bedtime story. Then after lunch we drive down to Kimball Junction to do part of the millennium trail walk. It is really too hot to be walking at this time of day, but we managed to do the 3 mile loop.

Tempted by a Starbucks to refresh ourselves. Followed by Wendy doing the weekly shop. Fortunately they have some very comfortable lounge chairs to sit in, so I avoid the mistake of going shopping, and we both avoid an expensive divorce.

I need to nip to the world market for some ginger beer. Now the true American would drive the 50 yards. But I just can’t bring myself to be so dam lazy, so like a true Brit I walk. Just un-American, I’ll never get a green card.

All dictated by my iPhone with very few errors. I really do need to get to grips with this technology and learn how to dictate with ease.

Appreciation of the freedom we in the West have. Freedom of thought. Freedom of religion. And no matter how imperfect it may be a democratic government. 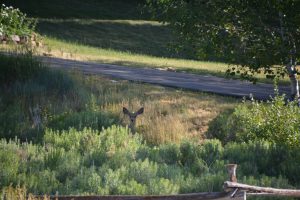 Deer me, just hiding in the bushes across the road from home.

On Macedonian people
– What do you call a Bulgarian trying to understand Macedonian history?
– A person without a chance.
The Bulgarians may argue about the existence of the Macedonian people, even in their jokes – one of the versions of “the shortest Bulgarian joke” is exactly the “Macedonian people”. The paradox is that exactly the Bulgarian jokes, which laugh at the Macedonians are anthropological proof that the Macedonians and the Bulgarians are two different cultural worlds. There’s an example of this Bulgarian paradox “All people come from the monkeys, only the Macedonians – from the Bulgarians” (Read more in French).
 
On Bulgarian people
– Why don’t people from Gabrovo buy refrigerators?
– Because they can’t be sure the light goes off when the door’s closed.
The city of Gabrovo in Bulgaria is well-known for the unique sense of humor possessed by its citizens. Local humour revolves around the alleged stinginess of its citizens and a rivalry with the neighbouring city of Sevlievo. The city even hosts a House of Humour and Satire (Read more in French).
Albania
 
On Greek people
– What do you call a greek with 300 hundred wifes?
– A Shepherd!
Albanians still bear a grudge against Greeks, mostly for historical territories issues. The border between Greece and Albania was set up by the great European powers through the Treaty of Florence (1913) following the Balkan wars. It was immediately challenged by a nationalist movement of the Greek minority in “Northern Epirus” or “southern Albania.” The border has been confirmed, with a slight modification for Albania following the Treaty of Rapallo in 1920. Nowadays around 1 million Greeks live in Albania (Read more in French).
Macedonia
 

Only in America. They’ll all evolve into legless Daleks. 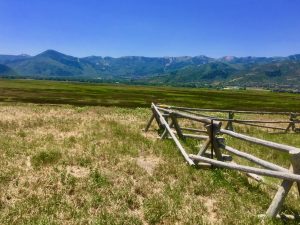 Just some of the awesome views I have to cope with on a bike ride.

Lazy morning with Wendy. Then after lunch she’s off to the CC so I get to do my bike ride.

Anyone with any sense would have gone out at 09:00 instead of in the mid day sun, but I thought I’d get some browny points and stay home with Wendy. Think my bike chain / brain must be slipping.

Ride down to Kimble Junction and scout out a new club ride around the Swanner Reserve. Awesome views of the Canyons and some great birds – feathered kind. Had a hawk pace me and then as he settled on the fence, it was a David and Goliath moment, as this loopy Starling like bird swooped down and attacked the hawk. Ride was about 15 miles by the time I’d ridden down there and back. Much too hot.

Why are these saddles so dam uncomfortable? Why don’t they fit them with Harley Davidson arm chairs?

Dinner out on the patio.

Watch the John Adams mini-series. Awesome history. Just a pity we don’t have the politicians of Adams and Jefferson’s calibre to see us through our independence from the Evil Union. 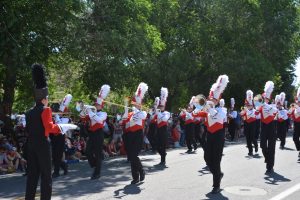 Catch the bus into the parade along with 120 drunk 16 year olds, crammed in like muslims around the kabah. Like most youngsters they’re all gob, no ears, and some of them a few beers short of a six pack, so they ignore the drivers advice that it’s quicker to get off and walk.

Wow the parades busy, but a good town parade. Why don’t we have parades in England any more? And guess what? The Stars and Stripe was flying every where. Pride of place. Unlike England when the troops went by everyone stands and cheers. No muslims kicking off. 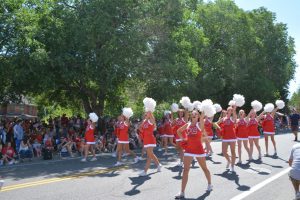 Then we drop our neighbours car off at PCMR car park ready for the fireworks. In the evening we catch the bus to PCMR to watch the fireworks. Thankfully, our Deer Valley approved chairs, come in really useful, thanks to Bob and Marilyn. Fireworks were very impressive but choreography left a bit to be desired.

Is the Quran perfect?
Wednesday – hot and sunny. 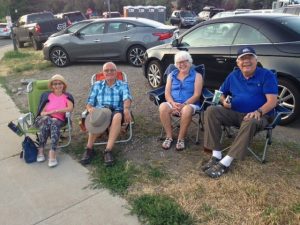 That’ll teach me to eat vegetables on any day but Sunday as a tooth explodes yet again. It seems to be a regular occurrence out here. This is the 3rd tooth cracked in 3 years. Turns out there can be an issue with fillings done at sea level having an air pocket which when you come up to higher altitudes the pressure in the small air pocket can cause the tooth to crack.

In the morning off down to the NAC for Kayaking, while Wendy’s at the CC.

In the evening we go round to Hal and Carols for a lovely dinner. Very relaxing sat out on their patio, with awesome views over the Timpernogas. 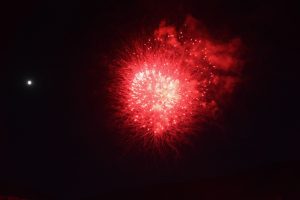 And after a parade you have to have fireworks.

Bin there, done that:

Corbyn’s spending fever won’t work. Think about it. You cannot go on spending more than you have. Sooner or later there comes a reckoning – look at Greece.

It’s vital we teach the young how low Britain fell in the 1970s. All you Corbynites go read this, that’s if you can read: 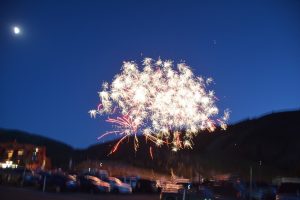 Up early for a 09:00 Leisure hike with PCMSC. Up and around skid row. Wendy’s at the hospital.

Then in the afternoon it’s appointment with fear. Seems like the only solution is to have it capped. Normally don’t bother with an injection but it’s a massive filling to be removed; unknown dentist; US injections don’t seem to make you drool like a slimy 90 year old for the rest of the day. The other impressive thing is they tend to numb the gums before the needle. 95 minutes later I escape from the torture chamber.

Then it’s off to NAC Archery. Pulling back to an anchor point in the corner of the mouth that you can no longer feel is my excuse for so many misses. . 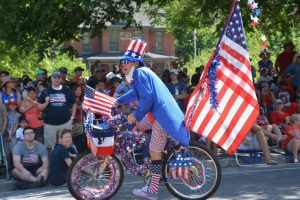 Ten Pin Bowling with the Park city new comers club in the morning. Whilst Wendy takes the credit cards for a stroll.

Finally get a ride in a Corvette, as Mike and I go round to Starbucks for a coffee. A pretty impressive motor, 480 hp. Enough to kill you at the mere twitch of your right foot. 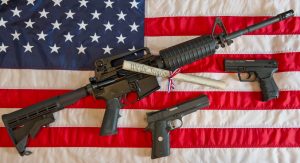 After lunch I meet Ken down at the park city gun range. Where he takes me through a 2 hour professional weapons training session. Start with theory; then safety; then shoot a traditional revolver; then a neat 9MM, definitely the weapon of choice; followed by the infamous 45; then the notorious AR15 rifle. Thanks to Ken for his time, patience and expertise. Quite a kick from the 45, but the rest aren’t too bad. It certainly makes you realise how important safety is and how difficult it is to be accurate with a handgun. The movies make it look so easy.

Really enjoyed it. What amazed me the most was learning how to use the gunsights properly. At least it’s given me the confidence and safety knowledge to go to the gun range on my own.

Perhaps it’s time for a NRA subscription ready for my water pistol back home! 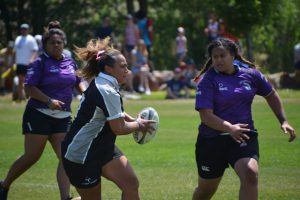 On Greek people
A Greek and Italian were arguing over who had the superior culture. The Greek says:
– We have the Parthenon.
Arching his eyebrows, the Italian replies:
– We have the Coliseum.
The Greek retorts:
– We Greeks gave birth to advanced mathematics.
The Italian, nodding agreement, says,
– But we built the Roman Empire.
And so on and so on until the Greek comes up with what he thinks will end the discussion. With a flourish of finality he says:
– We invented sex!
The Italian replies:
– That is true, but it was the Italians who introduced it to women.
Macedonians have also a lot of jokes about Greeks, frequently depicted them as sexually deviant (Read more in French).
Greece
 
On Albanian people
– What’s the fastest thing in Kosovo?
– An Albanian with your TV
– And what’s the second fastest thing in Kosovo?
– His cousin with your VCR. 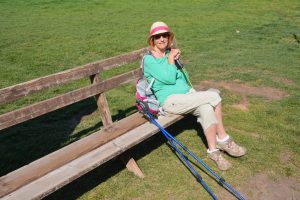 Relaxing before the hike.

As a respond to Albanian and Macedonian jokes about Greeks, jokes in Greece are most of the time directed towards Albanians. Many jokes deal with burglary and outlaw, just as in the following funny gag: “How does an Albanian recipe for cooking start?” “- We steal 2 eggs…” (Read more in French).
Turkey
 
On Greek people
A Greek and a Turki were sitting at a party. Someone told a turkish Joke and the Greek guy got offended. The Greek guy walked up to the Turki and asked him:
– Don’t you get offended when you hear these Turki jokes?
The Turki replied:
– For you they are jokes for us they are memories.
Because of the historical rivalry between Turks and Greeks, many jokes involving both nationalities were appearing over the last century. The problematic issue of Cyprus influences the relation between both countries and remains subject to tension and controversy
Saturday – hot and sunny. 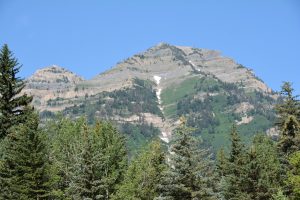 Our hike destination – the Stuart Falls at Sundance.

Up at the crack of sparrows to set off to Sundance for the hike up to the Stuart falls, before it gets too hot. Mind you we could have had another hour in bed as the lifts didn’t open until 10 o’clock. Catch the lift up and then walk down to the falls. Whilst you might think a down hill walk would be easy, this walk needed a 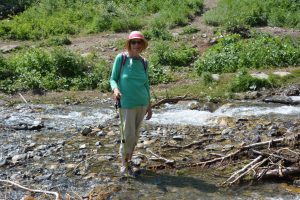 Crossing yet another cascade. No choice but to get your feet wet.

machete to cut through the undergrowth and some crampons would’ve been useful on some of the steeper sections. We had to cross two raging streams, with no alternative but to get your feet wet. No doubt we will be suffering from trench foot by the end of the day. The walk from the falls Down to Sundance what’s so much easier. With hindsight we should have saved the $24 lift ride and simply walked up to the falls and then back down.

Good news is we made it. Certainly one of the worst hikes we’ve been on, but we survived. 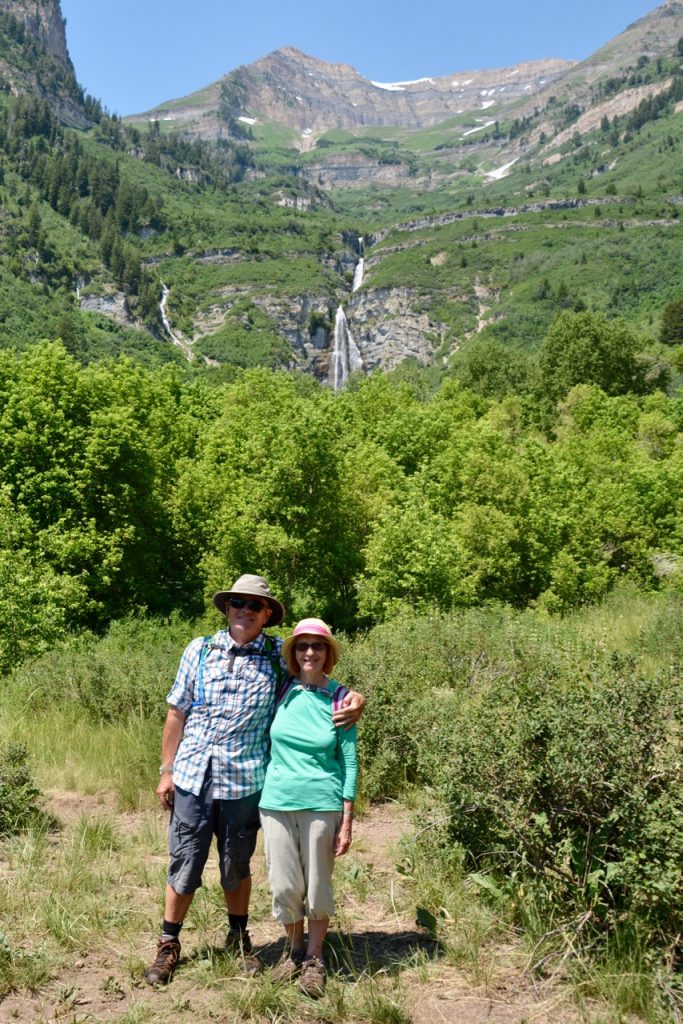 Yet another smile (18th this year).

Day wouldn’t be complete without a trip to the supermarket.

Sye’s 1st Q&A Session
This entry was posted in Uncategorized. Bookmark the permalink.