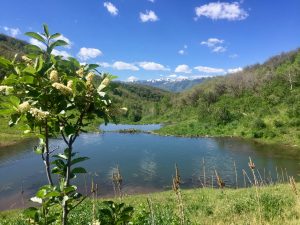 Beaver Pond up on the Flying Dog trail.

Of course here in the land of the free and the brave everything is just bigger. We go for a walk, while in America you go for a hike. So much more manly. We go for a stroll. Then this gets upgraded to a walk. As for a stroll that reserved for wimps.

Pick Bob up at PCMR base and then Wendy drops us off at Silverlake for our hike across Mid_Mountain trail to Pay Day.

Good start it takes 3 attempts to find which of the 3 trails off to the right is Mid Mountain. Don’t you just love numpty sign posters. Finally we’re on a roll. Should have packed our snowshoes as there’s still patches of snow on the trail. Stop off at the Montage for a rest, water and in Bobs case I think it may be a 3 course lunch he’s bought with him.

Back on the trail and this time there’s a few mountain streams to contend with. No wonder these boots only cost $50, they’re not waterproof. After stream its a solitary moose heading up the trail in our direction. Hey he doesn’t look too big. Hey he’s starting to look bigger. Hey he’s ginormous. Perhaps it’s time to see who can run the fastest. Obviously he doesn’t like the look of us and trots off up through the brush. It’s about 4.9 miles and just under 500 feet.

Meanwhile Wendy and Marilyn take our credit cards out for some exercise and a spot of lunch at the Outlets centre.

Then it’s a slow ride down Payday lift, by the time we get to the bottom I need a haircut.

Pop down to Walmart etc for some thin socks. No chance. They’re all thicker than a sheepskin.

Up at the crack of sparrows to get to the Jordanelle reservoir for 08:00. It’s the National Ability Centre (NAC) training day for Aquatic Sports volunteers – thats me.

This organisation, and I use that word sparingly, does great work with the disabled but when it comes to organisational skills they seem to be severely handicapped. 08:00 start was wrong it’s 08:30. Sadly it’s howling a gale, a trawler has just been seen sinking on the reservoir! They can’t dock the ski boat so it’s a dry land training session. At least we don’t get wet. Looks like a choice of spotter, in the ski boat communicating with driver; jumper, jumping in to help water skier in the water and then picked up by jet ski follower; kayaking; canoeing; paddle boarding. I think I’ll give paddle boarding and jumper a miss – get too wet.

In the evening we pick Bob and Marilyn up to go to TGIF and then go out for dinner at the Grub Steak restaurant.

Some EU jokes to cheer the REMOANERS up:

1.) A Greek, an Irishman and a Portuguese go into a bar and order a drink. Who picks up the bill?
A German.

2.) The Eurozone credit ratings are like a frying pan.
Greece at the bottom…

3.) Oh dear. The eurozone’s Facebook page has changed its currency status from ‘single’ to ‘it’s complicated’.

4.) NEWS FLASH: Greece has approached the IMF for a €60bn loan after they were turned down by Wonga

5.) The eurozone leaders are looking for a stimulus package. Silvio Berlusconi suggests two Viagra and a Red Bull.

Less said about the election results the better. May has really screwed up and to be fair didn’t deserve to get a massive majority based on her performance. But it’s a pity because if ever there was a time to put party politics behind us and rally round the country this was it. Big majority to strengthen her hand in BREXIT was critical.

Thankfully that communist terrorist sympathising muppet didn’t get in. But he played a master stroke by bribing the young with free tuition and debt write off. Plus a chance for revenger of the remoaners. How naive can they be to believe it. Where do they think the money comes from? Had he have got in then what a disaster:

Unilateral allowing EU citizens to stay in UK. Doesn’t give a fig about UK citizens in EU. What a brilliant negotiating tactic that is. And when the EU doesn’t reciprocate what’s the going to do.

Declaring no matter what we will get a deal. Another master stroke from the Dummies guide to International negotiations.

Raise corporation tax by 10% as a sure way of encouraging more companies to leave the UK when we have all the uncertainty of BREXIT.

Nationalise anything that makes a profit and get back to the good old days of crap service and no freedom of choice.

No doubt he’d continue supporting Hamas and any other terrorists.

Free University tuition and debt write off. No doubt he’d have gone a step further and given each under 16 year old an X Box, a puppy and a free supply of Coke. And not to forget us silver surfers he could have given us a free weeks cruise every year and a weekly wine ration.

Well I suppose we’ll have to make the best of a bad deal and thank the Flying Spaghetti monster that we don’t have the hammer and sickle flying over number 10; the national anthem changed to “Keep the Red Flag Flying”, they were singing it in Cambridge on election night; a Vigil for ISIS fighters and jihadis who have lost their lives; ISIS leaders and Janis invited for tea with the queen. 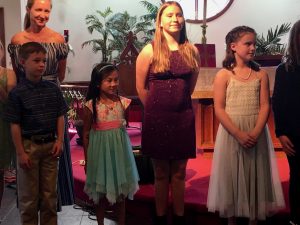 Angela at her violin recital.

Up early for a moderate hike, with the Park City Mountain Sports Club (PCMSC) up the Flying Dog Trail to the Beaver pond. Just 5.4 miles and about a 1,000 feet. Quite a good pace at 2.5 MPH.

In the afternoon we go to a violin and piano recital at a local church. Yes, you read that right, church, violin and pianos. Angela, 8 years old, was playing a piece on her violin – a budding Vanesa Mae.

Evening it time for some TV and a luscious bottle of Zin and Zen Zinfandel.

Those who gain martyrdom during the month of Ramadan are doubly rewarded in Paradise.

Don’t you just love it from the so called religion of pieces and permanent offence. Does this mean you get 140 perpetual virgins?

Went over to Hal and Carols for dinner. Good to see Randy there too. Great evening with barbecued steaks and Brats. Pleasant sitting out on the patio, putting the World to rights, and watching the sun go down. Wendy and Carol book for us to go see “Book of Mormon” down at Salt Lake.

The company of good friends. One of the many pleasures of life.

A few more EU jokes to cheer us through BREXIT.

6.) My wife misunderstood my son when he asked for some Play-Doh for Christmas. She got him a load of euros.

7.) Q: How do you know it’s going to be a double-dip recession?
A: Greek exports of taramosalata and tzatziki have plunged.

8.) Some years ago a small rural town in Spain twinned with a similar town in Greece.
The mayor of the Greek town visited the Spanish town. When he saw the palatial mansion belonging to the Spanish mayor, he wondered aloud how on earth he could afford such a house.

The Spaniard replied: ‘You see that bridge over there? The EU gave us a grant to construct a two-lane bridge, but by building a single lane bridge with traffic lights at either end, I could build this place.’

The following year the Spaniard visited the Greek town. He was simply amazed at the Greek mayor’s house: gold taps, marble floors, diamond doorknobs, it was marvellous.

When he asked how he’d raised the money to build this incredible house, the Greek mayor said: ‘You see that bridge over there?’

The Spaniard replied: ‘No.’

9.) In heaven: the cooks are French,
the policemen are English,
the mechanics are German,
the lovers are Italian,
and the bankers are Swiss.

In hell: the cooks are English,
the policemen are German,
the mechanics are French,
the lovers are Swiss
and the bankers are Italian.

10.) Breaking news: The eurozone financial crisis will soon be over as Greece has received an unconditional €100bn bailout offer.

All they have to do is email their account details to the anonymous daughter of wealthy, but deceased African general…

We’re off to see “Book of Mormon”, yet again, down in Salt Lake. What enlightenment and testimony to freedom of religion and free speech – god bless the First Amendment. The Mormon religion is obviously comfortable in its own skin and doesn’t get offended or need to react violently or any other way. Perhaps it really is time to convert all muslims to Mormons, after all said and done they have so much in common, the first letter of the name of their religion is the same.

Can you imagine the reaction from the religion of pieces and permanent offence if someone ever writes “The Book of Islam”. What a great idea that would be. Help desensitise that religion. Better still can you imagine it being played in Tehran, Mecca and every Islamic country. 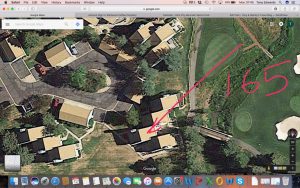 Up and out for a brief talk on hiking followed by a 3 mile walk. Get about 300 yards into the walk and rain stops play. Dam weather forecasters, wrong again.

Swap the Hertz mobile out. Darnelle had got me a superb upgrade to a full size Chevy Malibu, but alas Wendy can’t see out the back window to reverse and can hardly see out the front. She manages to swap it out for a intermediate Chevy Cruze with plenty of gadget and gizmos. For intermediate read big, it just has to be bigger it’s America

Lazy afternoon and in the evening we finish season 5 of “House of Cards”.Not as good as the previous. Too complex.

Red Pilled Eurowhore
This entry was posted in Uncategorized. Bookmark the permalink.