Appointment with fear today as I go to get my crown fitted at the dentist. 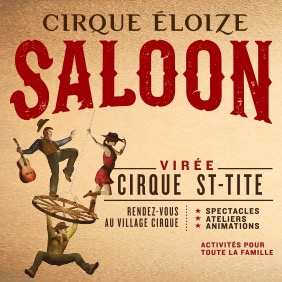 Dip out on a days skiing, but as it’s snowy and poor visibility it’s not too bad.

I think I truly deserve an award for bravery, having ventured, solo, into the supermarket and purchased some cereal.

Instead of skiing I have a walk to the Christian Centre to meet Wendy. Yet more toys for Jasper and food galore.

Then it’s a walk in the snowstorm to Starbucks and then onto the supermarkets, part of our daily top up to save on a weekly big shop. You have to do these things when you’re poor and have no car so you rely on the great bus service. 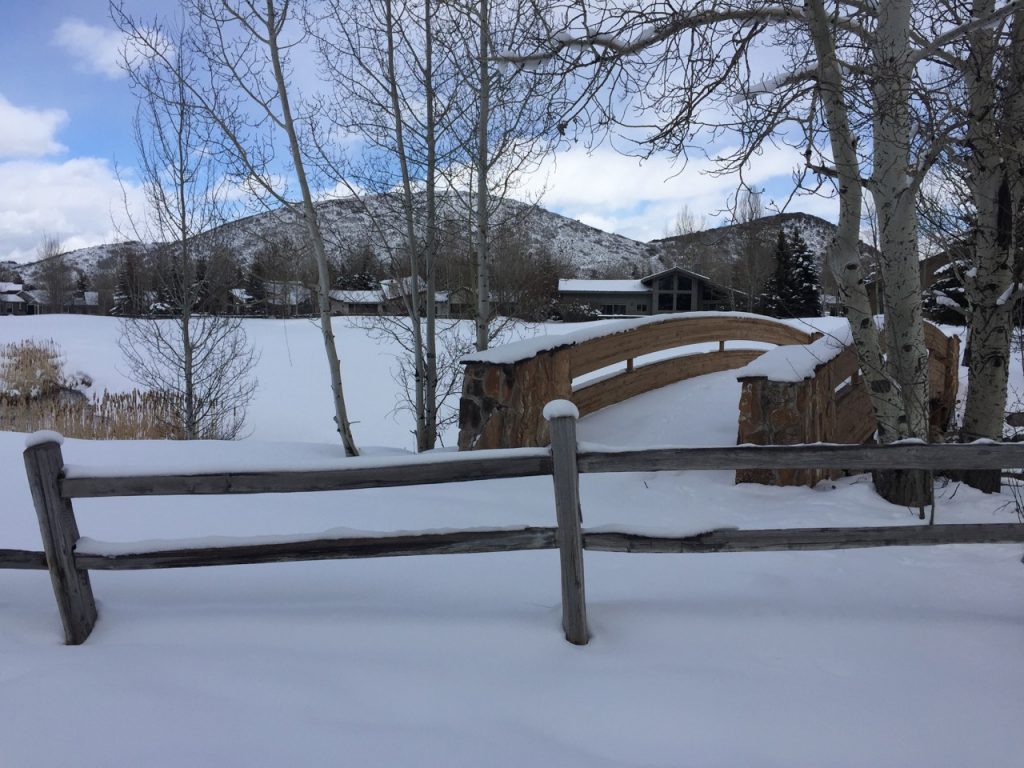 In the evening we have tickets to a Cirque Eloize performance at the Eccles Centre – local high school. Walk round in the snow storm, it’s only 10 minutes walk and there’s something quite satisfying about walking through a snow storm, all snug, warm and dry in your artic gear. Free tickets are curtesy of the Christian Centre yet just one of the many benefits of Wendy’s volunteering there. First time we’ve been to the theatre at the Eccles Centre, It’s quite impressive. The performance was amazing. Such awesome gymnastic feats, make us feel like a couple of cripples by comparison.

Well that keeps us awake for the evening.

“Theresa May is preparing for the Scottish government to call a second independence referendum to coincide with the triggering of Article 50 next month.

Senior government sources say there is serious concern that Nicola Sturgeon will use the start of the Brexit process to demand another vote on the future of the UK and that Whitehall is planning for that event.”

Bring it on. Let them have yet another “once in a lifetime referendum”, but this time England should have a referendum on whether they stay or go. I’m sick to death of hearing that Sturgeon wench whine on about how badly the Jocks are done to. And if they think they’ll get EU membership then think again, as there economy wouldn’t meet membership criteria. It’s just constant verbal diarrhoea. We’ll be oh so better off without them. Can you imagine waking up with here squawking on your pillow. It’s what nightmares are made of. 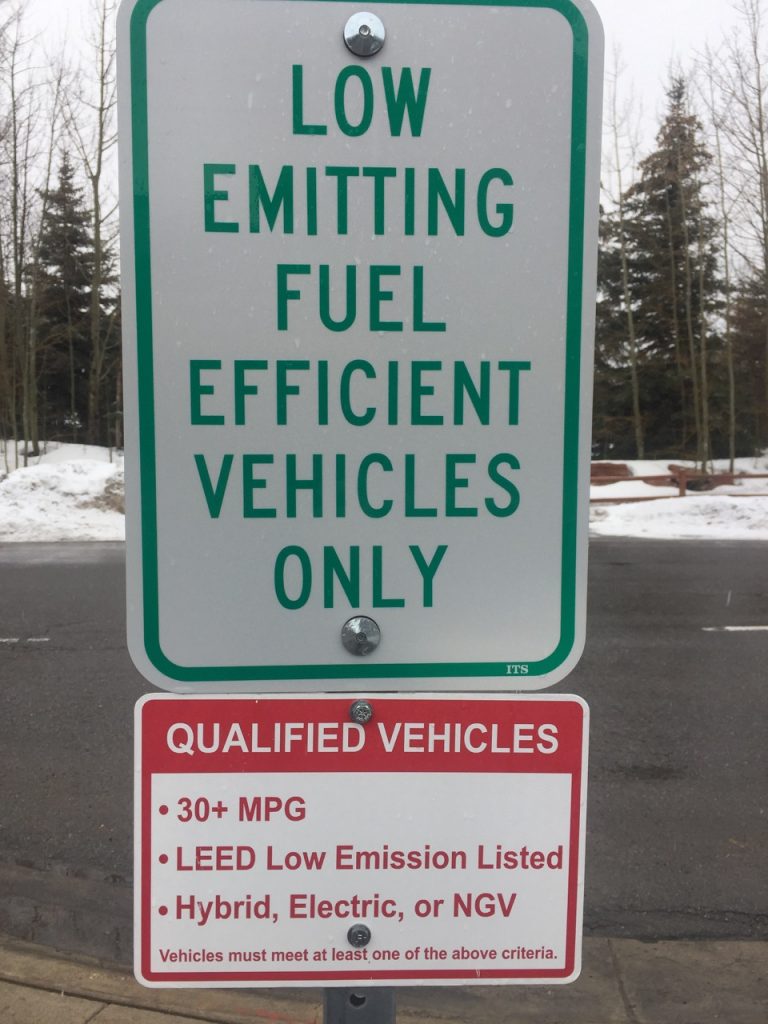 Only in America would 30+ MPG be described as fuel efficient.

Wow another 7″ of champagne powder, no dentist so today I get to ski. Snowing and cold all morning but the powder is great, so much hard work but awesome when you can’t see your ski tips. As the majority of snow came down overnight, its not been groomed down on any of the runs so it really makes you work hard. Just another day here in paradise.

Afternoon we take a walk in the snow. Call in at the Christian Boutique where Wendy’s seen a retro Patagonia fleece. Try it on and it fits. All of $18 and still in perfect fettle. Must be all 30 years old just like my other one. They’re a collectors item. There’s a same one on eBay going for at least $80, one like my original is selling for $120. We love love Patagonia gear. It’s such good quality, it lasts longer than an Arab blood feud and they even have a repair shop. All part of there philosophy.

Pig out on Madame Secretary in the evening. What a great series it is. It’s one of our few free evenings this busy week, need to pace ourselves better.

Nothing to do with the us. 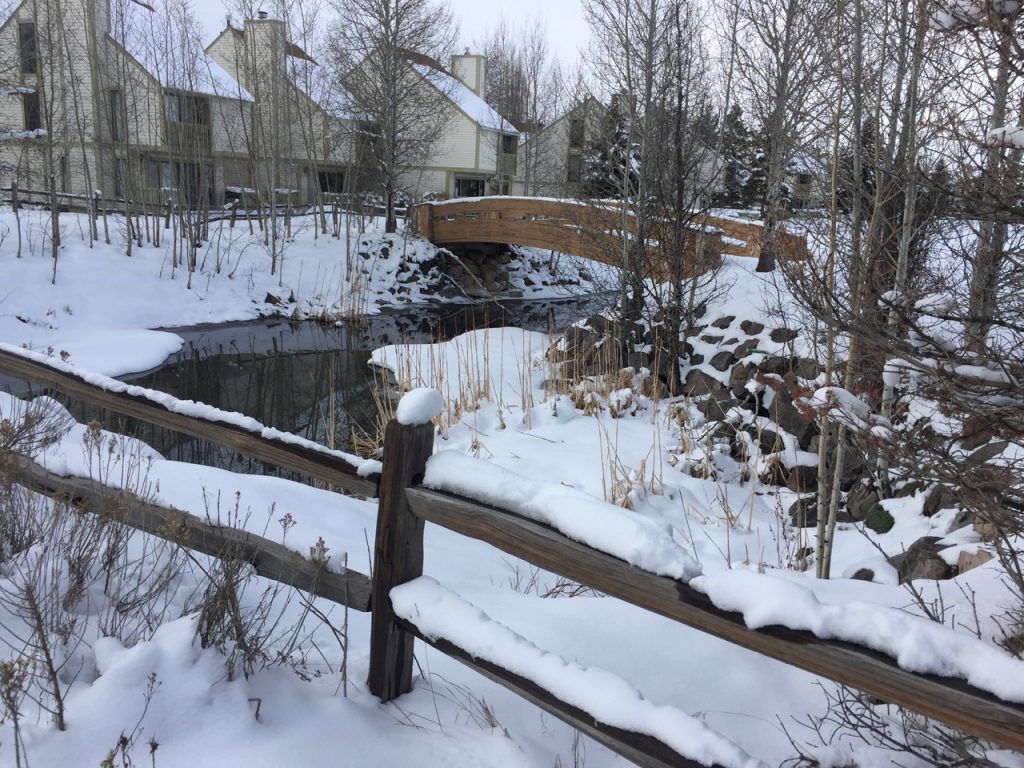 Those in the UK in the grip of this unbridled rage at Trumps travel ban aren’t even consistent or coherent. As punishment for his supposed offence of temporarily banning people from America, whilst they understand the problem, these liberal do-gooder stormtroopers want to ban him from Britain. Mr Trump wants to ban people because he fears they may murder American citizens. More than one million Britons, mainly loony liberal REMOANERS, with nothing new to moan about, want to ban Mr Trump just because they think he’s a horrible person. It’s nothing do with the UK. He said he would do this and was democratically elected. At least on the plus side while these loony bedwetters are focused on this, at least they’re not manning the barricades for another BREXIT referendum.

This is virtue signalling on steroids. The hypocrisy is nauseating. The flight from reason is terrifying. 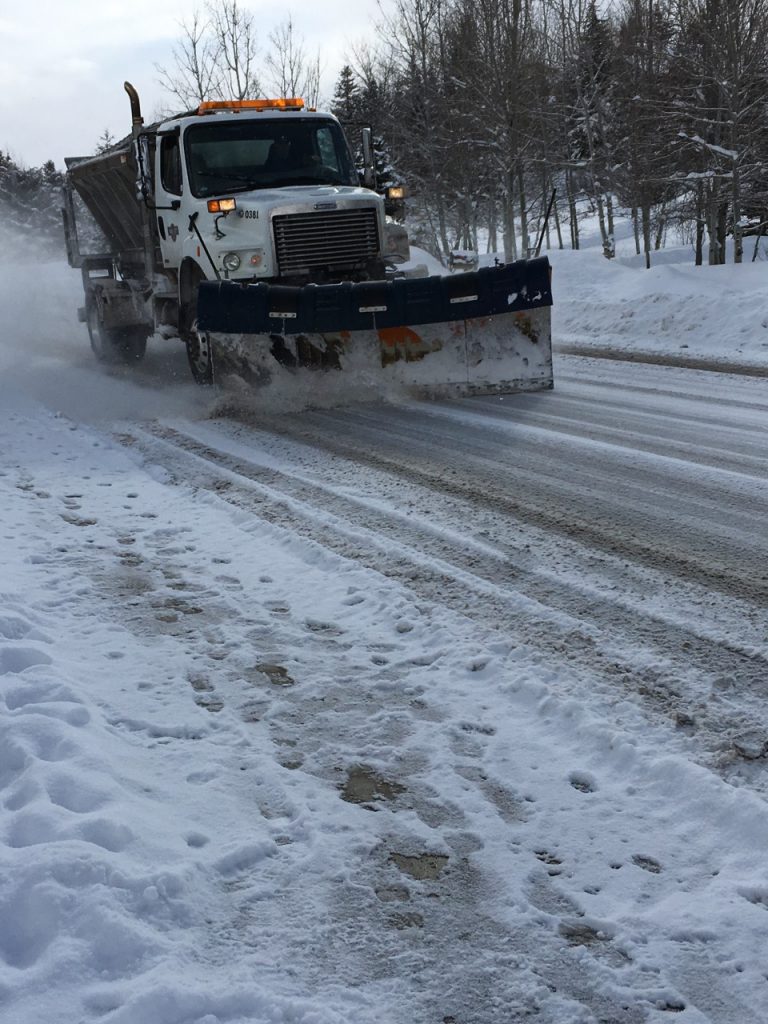 Bob and Marilyn pick me up and we ski together in the morning. Very cold and snowing, but the best skiing so far this season after yet more snow – 6″ last night. Ideal conditions of just 2″ of fresh powder on top of well groomed runs.

In the afternoon I look after Angela for Carol. Teach her how to play draughts / checkers. She picks it up pretty quickly.

Bob picks us up for dinner round at their home. Have a lovely evening and dinner with them.

I wanna live. I don’t wanna die. That’s the whole meaning of life: Not dying! I figured that shit out by myself in the third grade. 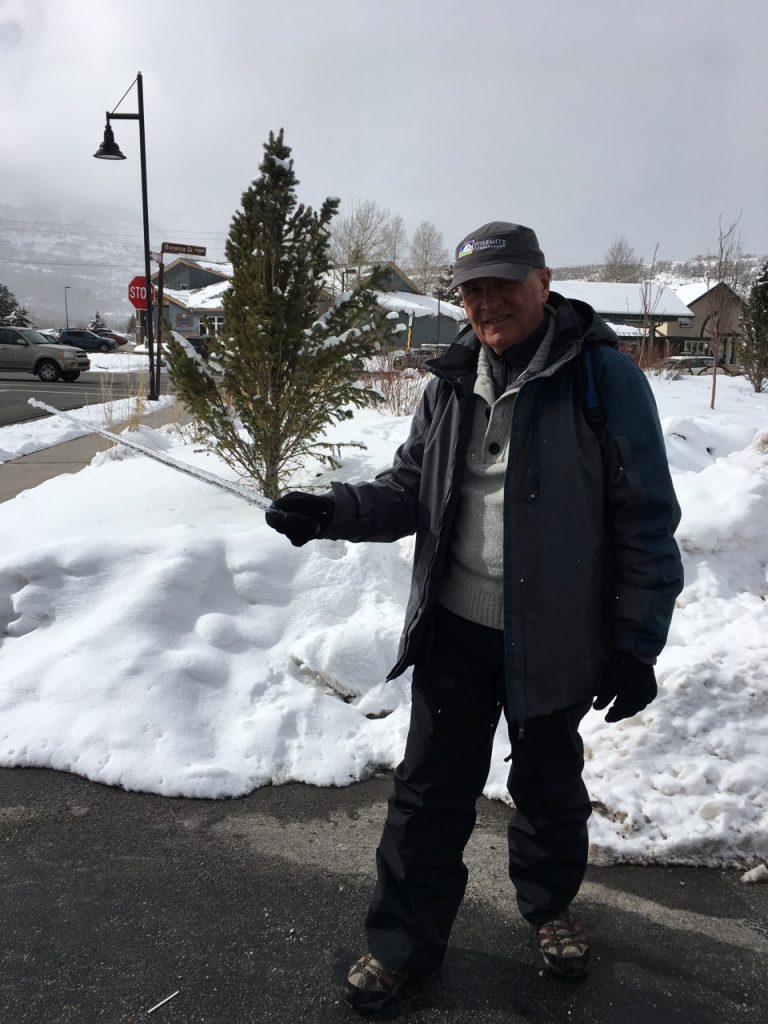 You can’t fight City Hall, but you can goddamn sure blow it up.

If the Cincinnati Reds were really the first major league baseball team, who did they play?

If it’s true that our species is alone in the universe, then I’d have to say that the universe aimed rather low and settled for very little.

No one knows what’s next, but everybody does it.

There are 400,000 words in the English language, and there are seven you can’t say on television. What a ratio that is! 399,993 to 7. They must really be baaaad. They must be OUTRAGEOUS to be separated from a group that large. “All of you words over here, you seven….baaaad words.” That’s what they told us, right? …You know the seven, don’t ya? That you can’t say on TV? Shit, piss, fuck, cunt, cocksucker, motherfucker and tits.

Yes, I remember when dustbin men – not waste disposal operators – used to provide a service.

Now they don’t give a dam. Do the absolute minimum, as quick as possible so they can get home early. If we’ve got to wheel the wheelie bin out its about time they adopted the American solution. One man in a lorry with a grab arm that picks the bin up and empties it in the cart. Save 3 to 4 wages per round and at least it would put the bin back where it was placed and probably have less rubbish blowing all over the place. 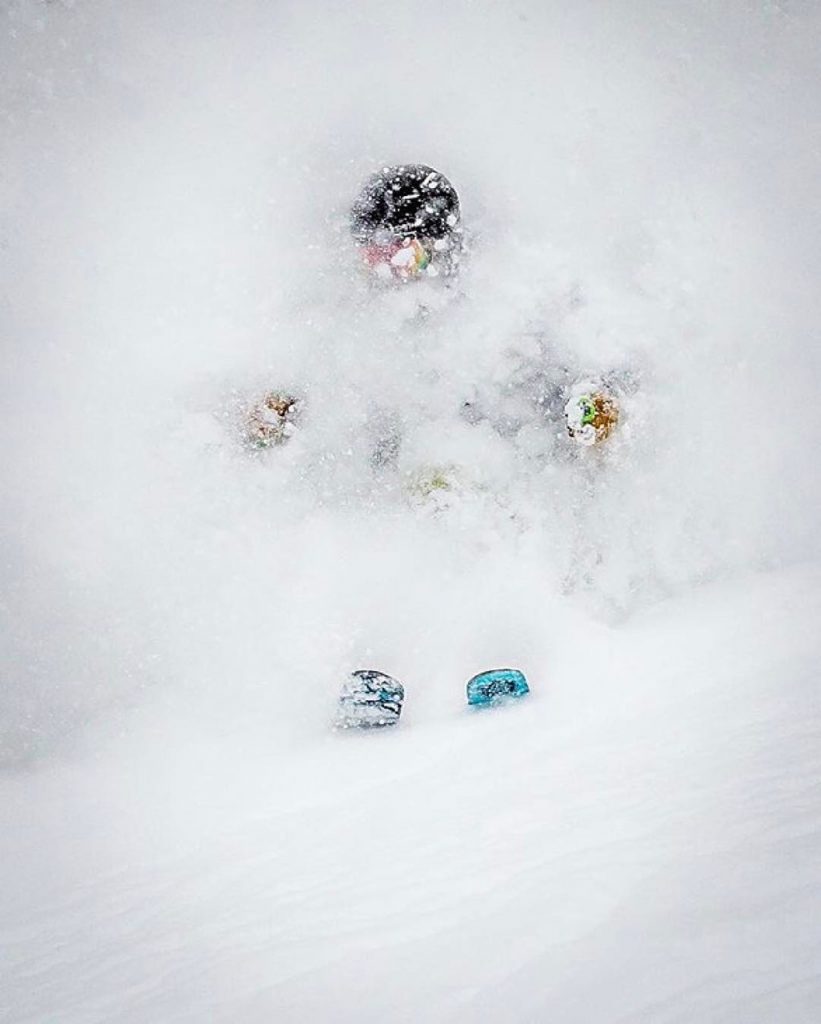 Skier emerging from the powder – not me.

Busy morning’s skiing and oh so cold – it’s colder than a brass toilet seat on the shady side of an iceberg.

Go and do a bit of a shop. Sushi for tonight; some quality beers – Pilsner Urquell – none of that girly American cats urine; even get a couple of cans of Boddingtons, who knows we might convert some American friends; treat myself to a bottle of Hennessy Black Label Brandy – well we are here for 20 weeks and I’m sure if I don’t drink it Wendy will manage to pollute it with some lemonade – it’s oh so smooth, so I’ll be hiding it 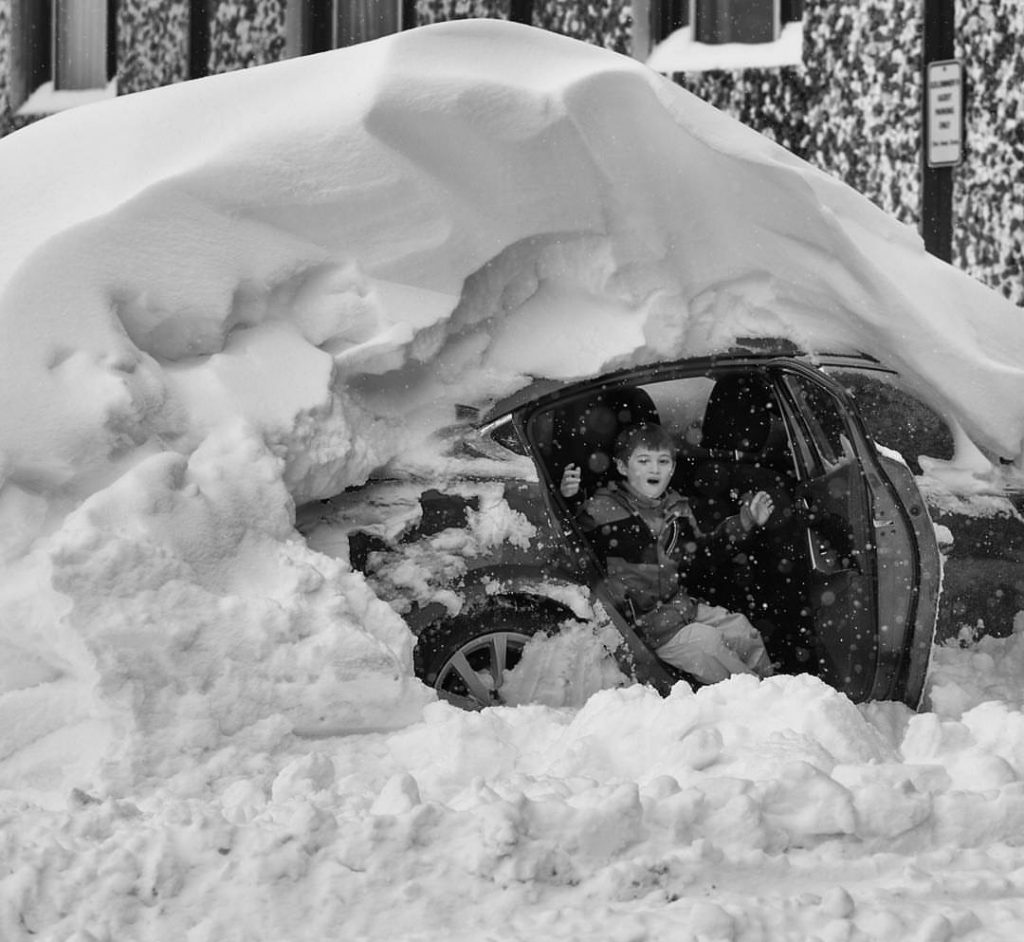 I think we’ve had a bit of snow!

from Wendy. Very tempted to have a snifter of brandy before, or even while, skiing. It’s claimed a few drinks relaxes you, so you ski better. Might help me with my mind game battle that still plagues me.

George and Helen come round for dinner. Have a great evening putting the World to rights, it’s all so simple why can’t these politicians get it right.

Reading Comments from Peaceful Muslims
This entry was posted in Uncategorized. Bookmark the permalink.