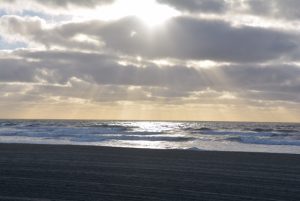 For all those whining cry babies who are throwing their toys out the pram because Trump won and now want to flee the country. Go. Abandon your country. We’ll gladly have your citizenship. Dual citizenship would suit us just right.

Our cultural overdose watching “The Two Gentlemen of Verona” by Billy Shakespoke. Wendy dragged along kicking and screaming. Not bad for a first attempt at writing a play.

The language is oh so rich but so fast that you don’t really have time to let it seep in and enjoy it. They should have to pause after each sentence so you can absorb it.

George Carlin on political nonsense – plenty of it around here: 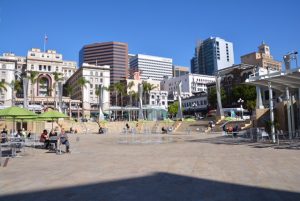 I’ve started eating lots of carrots to cope with the dark roads. Here we are in the richest country and richest state, full of left wing do gooders, tree huggers and yet fewer street lights than there are at the North Pole on the summer equinox. Driving at night is daunting. Like a mole without a torch. As to reversing at night, just don’t go there. Every time you reverse in this country you can guarantee a brass band turns up to practice in the light from your reversing lights. Failing a brass band it will be a loony shopper with her trolley trying to check he shopping bill.
Monday – Rain and sun. 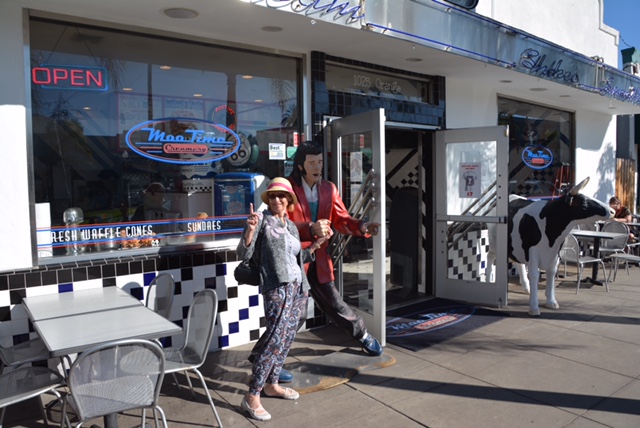 At last we get some rain here in the desert. Yes, apparently San Diego is classed as a desert.

Lazy morning. Pop down to see Ralph in the supermarket.

After lunch we take a stroll along the beach down to Belmont Park. It’s an old 60’s style amusement park complete with wooden rollercoaster that these days would be considered ideal for a tiny tots amusement park. That’s enough excitement for the day. 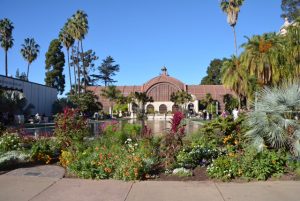 WHY, Why, why would anyone in their right mind go to Dubai? Or any Islamic country for that matter. Dubai seems like it’s the “in place” to go but remember it’s an Islamic country. Laws based on 7th century tribal barbarism and Sharia.

Prison for sex outside marriage.

Prison or deportation for women not “covered up”.

Prison or deportation for women who are raped, unless of course they can find 4 men to testify to the fact. If you raped then best advice seems to be grin and bear it. Report it to the police and you’re guilty of sex outside of marriage or adultery.

Flogging and stoning are still allowed.

Perhaps the UK should introduce similar laws, only conforming to our norms. No burkas and you’re obliged to show a bit of flesh etc.

Don’t you just love American ingenuity. They finally get around to rolling out chip and pin, although it’s by no means complete yet. But I still don’t think they really understand it. Just put Wendy’s chip card in for $25 of petrol, but it can’t be bothered to ask for the pin – that’s why it’s called chip & pin. What is the point? No wonder my cards been abused. 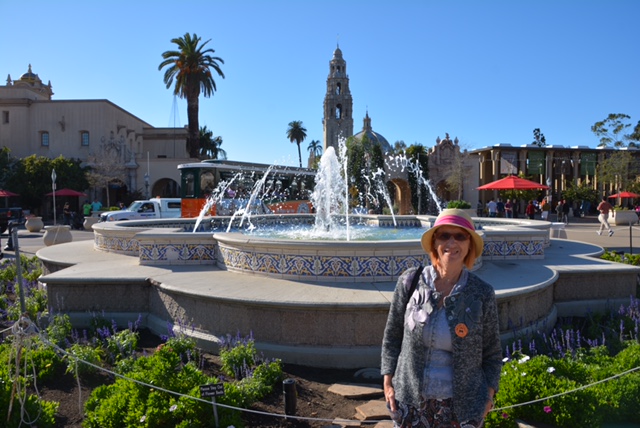 Up and out down to the Old Town to pick up the Hop On and Off Tram tour. A tad expensive but a great way to see San Diego – again. 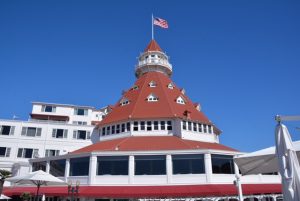 Hop off for a wander around the Gas Lamp district. What a waste that was.

Hop off for a wander around Coronado. Visit the hotel but decide lunch and even a coffee are just too ridiculously priced. Have a stroll around followed by a Panera lunch for Wendy and Starbucks for. Coronado is so up market and relaxing.

Hop off at Bilbao Park for a stroll around. Have tea at the Japanese Tea Hous. Interesting discussion there with 3 raving ranting raging democratic storm troopers, who think that anyone who voted Trump was an idiot and the sun shone out of poor Hilary’s vagina. Wow this country is so polarised. Is there no middle ground? To listen to them everything Trump does is crazy and evil, even breathing. Surely most Americans would agree that both candidates were awful and it was down to choosing the lesser of two evils. 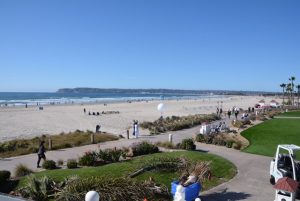 We didn’t hop off at Little Italy, but it looks a great place for a stroll and some coffee.

Finish our tour back at the Old Town. More Mexican shops and restaurants than tacos on a Tuesday.

A great day out. What a lovely city San Diego is if you keep off the Freeways and don’t go out at night.

The Bubble from Saturday Night Live: 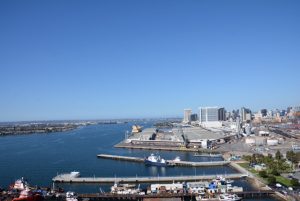 Petition calls for Muslim festival of Eid to be made a British national holiday.

BRITISH Muslims are urging the Government to make the Islamic festival of Eid a national holiday in the UK.

More than 50,000 people have signed a petition saying that the religious day should be turned into a bank holiday, so that British Muslims do not have to use their annual leave to celebrate it.

The 51,567 signatories to the government e-petition are also urging Ministers to change the law so that Britons can swap the statutory holiday day they currently have to take for Christmas to Eid instead.

The government responded saying it “has no plans to create another public holiday, or to vary the existing arrangements”.

Where does it end? I’m sure there are plenty of countries in the World where they accommodate Eid. 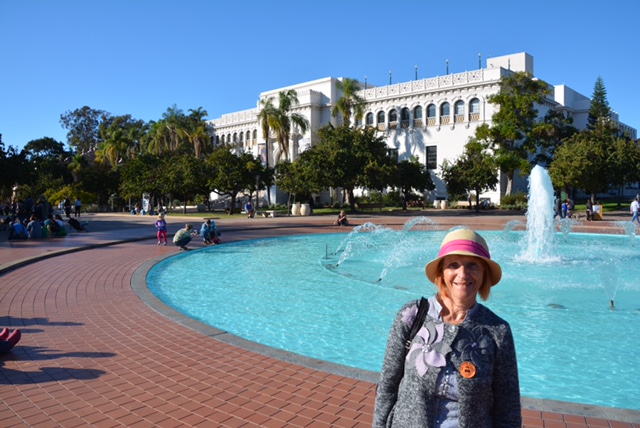 After lunch we head down to Carrillo National Monument. Free admission with our NP pass, awesome views over San Diego and the Coronado and some pleasant strolls. Watch an interesting film on the Grey Whale. Wow it travels 4,000 miles a year to feed, have sex and give birth.

Pack in the evening and we’re all ready for the last leg of our grand trip. 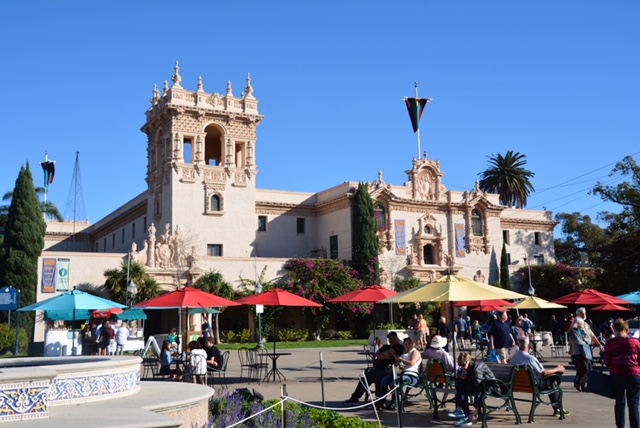 Is this some sort of Alice in Wonderland or Kafka joke.

Ed Balls has urged the US president-elect Donald Trump to tune in on a Saturday night and join the millions of viewers watching him take to the ‘Strictly Come Dancing’ dance-floor, saying he “could learn a thing or two – not just about dance, but about what really makes a country great”.
Ed, the former shadow chancellor turned housewives’ choice for his untiring stint on the competition, tells next week’s Radio Times that the show properly reflects our society.

Why would we want anyone to know how mind numbing our Saturday night TV is and what we consider to be good entertainment. Bring back Tutti Fruiti.

This place is just teeming with psychic and tarot card readers. Is this why the state’s so blue and infested with democrats? 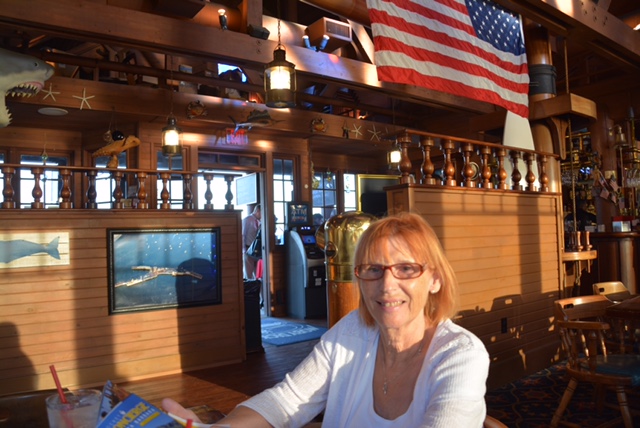 Happy Thanksgiving America. You can now give thanks that the 18 month pantomime that was your Presidential election is over. Hopefully now is the time to come together and work together. Sadly, like BREXIT, reading the entrails, it’s not looking too favourable. 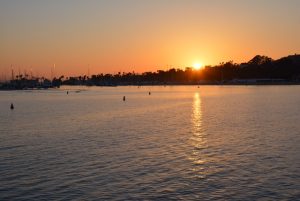 Set off to Santa Barbara. Involves a drive through Los Angalas, 7 lanes of potential hell, but it turns out that everyone’s tucking into turkey so it’s not too bad.

Black Friday – are they really allowed to call it that? 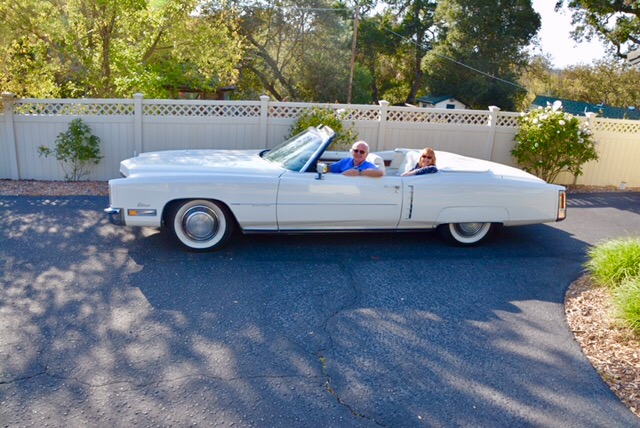 Our new Hertzmobile. I wish.

Drive up to Atascadero to visit Nat and Paul. They were our first home exchangers, in Sedona, and were responsible for puting us onto the home exchange path. Have a lovely afternoon with them, with a trip in Paul’s 1960’s Cadillac. Can you believe this car, only 37,000 miles on the clock, in mint condition, enough steel in it to keep the American steel industry going for a year, a 8.2 litre engine (just drive down the drive and you need a refill) and roomy enough for 2 families to live in. It’s awesome. They certainly don’t make cars like that anymore. A car from an era of big cars. Have a drive around town and practice my royal wave. 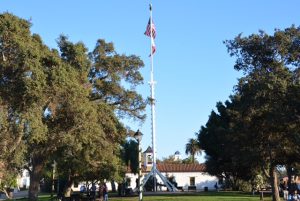 Have afternoon tea and then in the evening it’s dinner. A great time meeting old friends, great food, great company. It’s years since we saw them but we pick up just as if it was yesterday.

I see the Obamas have had their Christmas tree delivered. I’m surprised they’ve got the gonads to call it a Christmas tree. I’d have thought holiday tree would have been their mealy mouthed PC response. 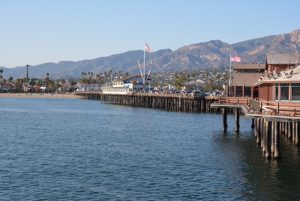 Database: the information you lose when your memory crashes. ~Dave Barry, Claw Your Way to the Top

A computer lets you make more mistakes faster than any invention in human history – with the possible exceptions of handguns and tequila. ~Mitch Ratcliffe

Back up my hard drive? How do I put it in reverse? ~Author Unknown

The trouble with the Electoral College:
This entry was posted in Uncategorized. Bookmark the permalink.