20111126 – Pinnacles National Park; Steinbeck Museum At Last; Home – 2 Months Before The Next Adventure 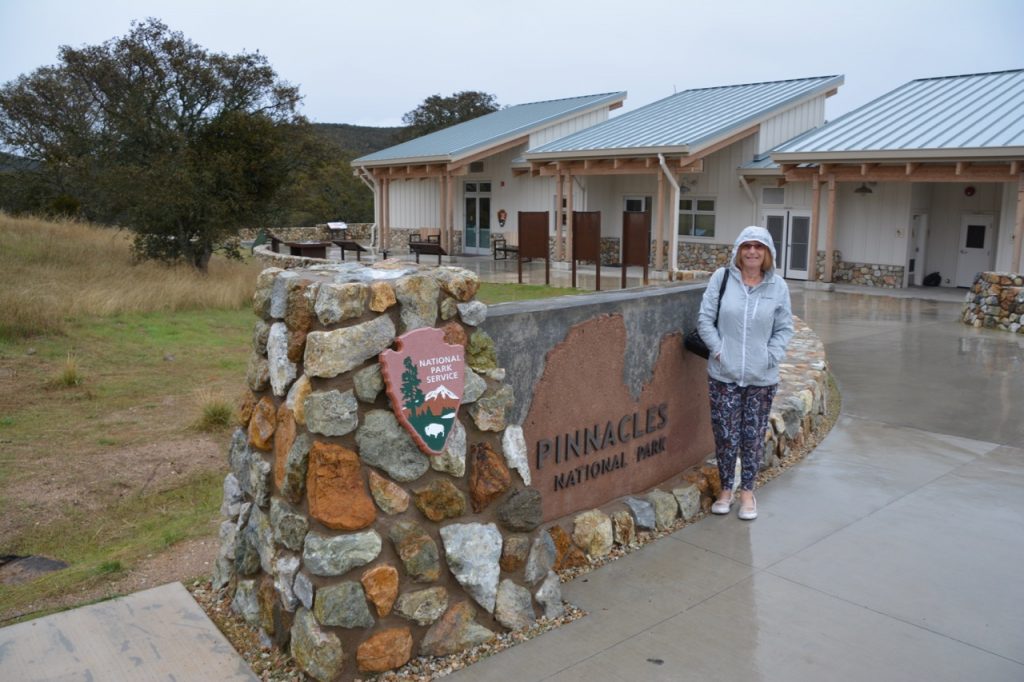 Up and out early, a rare event for us geriatrics. It’s cold and rainy. Getting us prepared for our return to Belthorn.

Drive down to Pinnacles National Park. 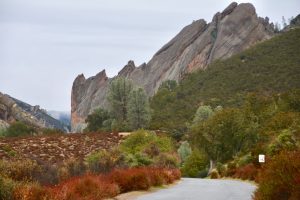 23 million years ago multiple volcanoes erupted, flowed, and slid to form what would become Pinnacles National Park. What remains is a landscape unlike any other. Travelers journey through grasslands, chaparral, oak woodlands, and canyon bottoms. Hikers enter rare talus caves and emerge to towering rock spires teeming with life: Prairie and Peregrine falcons, Golden eagles, and the inspiring California condor.

Luckily by the time we get there it’s stopped raining. I hobble around a short walk and get some photos. Also yet another cap to add to my collection. Oh yes forgot to mention my fall yesterday. Tripped up over a step at Nat and Paul’s. Banged my right knee up, smashed the filter on my camera. Luckily my femurs ok and the filter did its job and protected the rest of the camera. Another sign of old age. Now I’m hobbling around with a very bruised knee.

Oh and Wendy’s did see a bald eagle yesterday, a sighting was on the overnight news.

Then we drive up to Salinas, our next overnight stop. I finally get to visit the Steinbeck museum, the objective of our Salinas stopover. Not a massive museum but a sort of pilgrimage. Last time we were here, we arrived too late as it was just closing.

In the evening we finally get to try an In / Out Burger.

Yes, we sure live it up. Amazing this place is heaving and next door the MacDonalds is empty. Have a 3 * 3, they sure are good. Better than MacD’s. 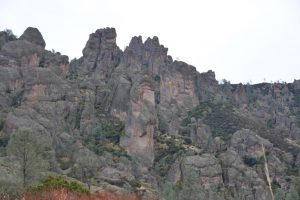 Predatory bacteria – that eat others of their kind – could be a new weapon in the fight against superbugs, say UK researchers.

Experiments showed a dose of Bdellovibrio bacteriovorus acted like a “living antibiotic” to help clear an otherwise lethal infection.

The animal studies, published in Current Biology, suggested there would be no side effects.

Experts said the approach was unusual, but should not be overlooked.

Fear of an antibiotic apocalypse, caused by growing levels of bacteria resisting the drugs, has led to scientists trying other approaches.
Bdellovibrio is a fast-swimming bacterium that works its way inside other bacteria where it devours its hosts’ insides and swells in size. 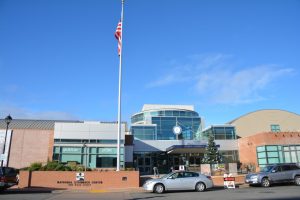 So who will be Secretary of State. Trumps latest cliff hanger is intriguing. My theories to this are either:

1 He really is trying to be inclusive, wants the best man for the job and doesn’t want to surround himself with “yes” men. Hence Romney.

2 He’ll go for the “yes” man option of Guilaney.

3 He’s just using the Romney option to show how inclusive and astute he is, but has no intention of selecting him.

To me it is a real measure of the man and if he chooses Romney then it bodes well.

Of course there’s always the 4th option. The ideal candidate option. Someone with lots of experience in the job. The fully inclusive option. And who is this missing option, why it’s Hilary Clinton.

Pat Condell – Saudi Arabia is like an Aids virus: 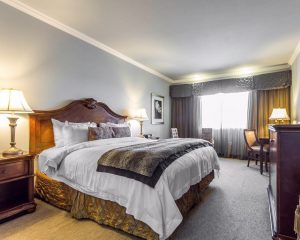 Our superb hotel in San Bruno

Drive up to San Francisco. Our hotel is awesome. Half the cost of our previous SF hotel and restores some faith in Choice hotels. For once a choice hotel with no problems and very luxurious. Just lately we’ve started to give up on choice hotels, there’s always some sort of problem. Started using Best Western and have not been disappointed. But this place is exceptional.

Martha and Bob (home exchangers from San Diego) pick us up at the hotel and take us a tour to the Bay park and then onto the Cliff Inn for dinner. Spectacular sea and sunset views, good food and company. Really good to meet up with them. 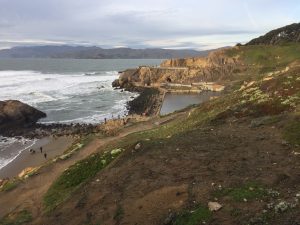 I think this little snippet of useless information really falls under the category of a joke.

Apparently California is still counting the election votes. These are absentee votes. While Hilary may have won the popular vote so far by nearly 2,000,000 votes, Donald won the electoral college votes – the one that matters – by over 60 votes, a big margin. It’s a peculiar aspect of the American Electoral College system that you could win the Presidency with only 22% of the popular vote.

So why have the electoral college system:

1 Reduce the chance of tyranny of the masses.

3 Reduce the risk of voter fraud. 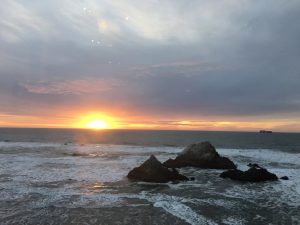 Hey ho it seems like there’s an extra special bonus offer on for all jihadis who die this month and not just Black Friday only. Islamic State “caliph” Abu Bakr al-Baghdadi reportedly promised four extra Houris (supernatural, large breasted, celestial perpetual virgins designed for sexual purposes)—atop the other 72 promised by prophet Muhammad—to all jihadis who die (are “martyred”) fighting the infidel forces.
Monday – warm and sunny. 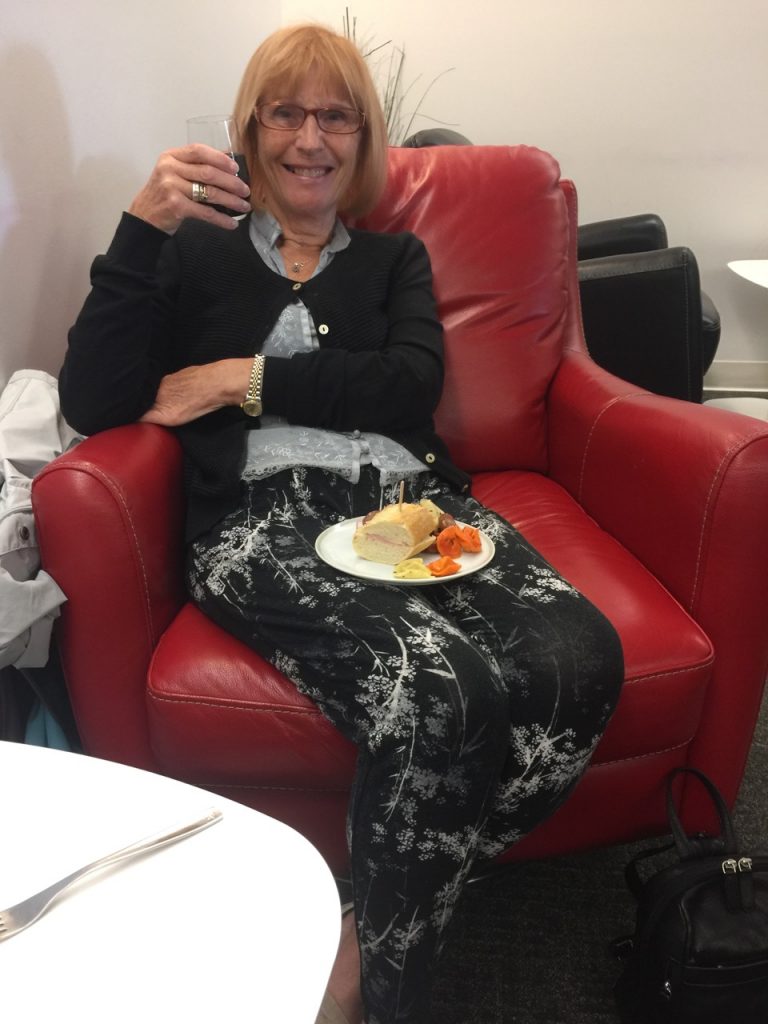 Wendy with some brandy to help the tablets down.

Had a pleasant stroll down to the local Starbucks, sat out watching the world go by and absorbing caffeine. Late check out of the hotel and then off to the airport to begin our day of hell.

It starts of course with a queue to check-in as they can’t be bothered to open yet. Now I can appreciate that the majority of people don’t arrive more than 3 hours ahead, but judging by this queue quite a few do. Now with a morsel of common sense and some thought for customer service, they could have just one checkin person on a couple of hours early. Then we have the inevitable misery of the TSA before we mange to escape to the comfort, seclusion and alcohol of an airport lounge.

Food and alcohol selection in the lounge is excellent, so we have our dinner there rather than suffering airline food. I have a lovely bottle of Pomerol. At least when I get on board I can don my eye mask, take a couple of sleeping tablets and hopefully get some sleep with no disturbance. Don’t think the sleeping tablets are much good. Do they have a sell by date?

Flights very good. We have exit row seats, so plenty of leg room. Unusual for Virgin the cabin crew are like a bunch of lobotomised autistics. Zero personality. Zero interaction. 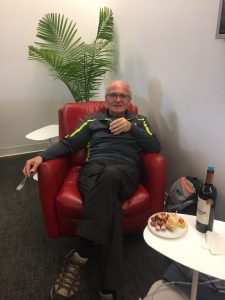 Don’t I just love TSA stupidity. In just 20 feet, in full sight of all TSA agents and other passengers I’ve had my boarding pass checked by 3 separate TSA agents. Then I pile everything out of my pockets into my jacket, only to be told I can keep my jacket on. You just can’t win against this random stupidity.

Truck of Peace election special, just about sums it all up:

A Word To The Criminal Migrants:
Tuesday – sunny. 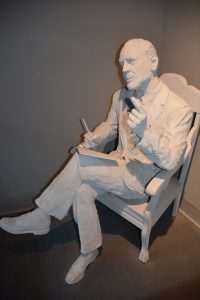 Flight lands on time Tuesday morning. Clear immigration in record time despite my fears to the contrary and my automatic passport scan not working.

Pick car up and then the real hell begins. Road closed by the police for some unknown reason, so takes about an hour to escape London. Then there’s a 71 minute delay on the M6 South of manchester. Road works for eternity. When will they stop these long stretches of road works? When will they stop so many road works in the same area? How are they allowed to get away with this madness. Time to hand out some brown envelopes or have a Saturday afternoon lion feeding. Try accepting Satnav alternate route to end up driving down pitch black, narrow country lanes. Give that up and resort back to the motorway. 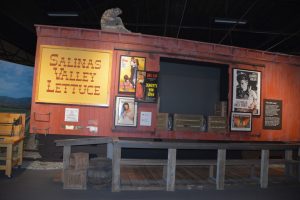 By now I’ve totally lost it. Smashed my virtual surfboard of life against the virtual skulls of the dimwits responsible for this chaos. Foaming at the mouth. Thankfully you’re not allowed to have a gun in this country, otherwise I’d have shot all responsible.

There’s just no retribution against this madness. No one is ever made to pay or is accountable. You have to wonder, how many of these journeys could be avoided with remote working? Sadly we have no politicians with a skerrick of common sense, no transport policy, no tax incentives for remote working and worst of all no accountability.

Finally get home after 5 hours of hell. Time for a well deserved Jeva and try my quality Hennessy

President Obama has long been criticized by national security hawks and a Republican presidential field led by Donald Trump for refusing to say the words “radical Islam”. “Islamic terrorist” or “Islamist” to describe threats posed by terrorist groups such as the Islamic State.

That reluctance won’t be a problem for the president-elect’s national security team, which is flush with nominees who can be expected to employ these terms regularly and face up to the reality of the threat. They acknowledge we are at war.

The shift will test two deeply opposed worldviews on how to defeat jihadi terrorist groups. Mr. Obama argued that the term “radical Islam” plays into the propaganda narrative of the Islamic State and other U.S. enemies, falsely suggesting that the West was at war with the world’s 1.7 billion Muslims. Mr. Trump, incoming National Security Adviser Michael T. Flynn and many others say the U.S. and its allies can never win the war on terrorism if they fail to honestly call out the enemy by name.

Just an example of the current head in the sand PC lunacy :

Oh and finally it’s discovered, as the rest of the population already knew, that the perp is an Islamic terrorist, Islamist, fundamentalist, muslim or whatever other non PC term you wish to use.

Obama’s naive PC claim “no religious rationale” for terrorism:
This entry was posted in Uncategorized. Bookmark the permalink.