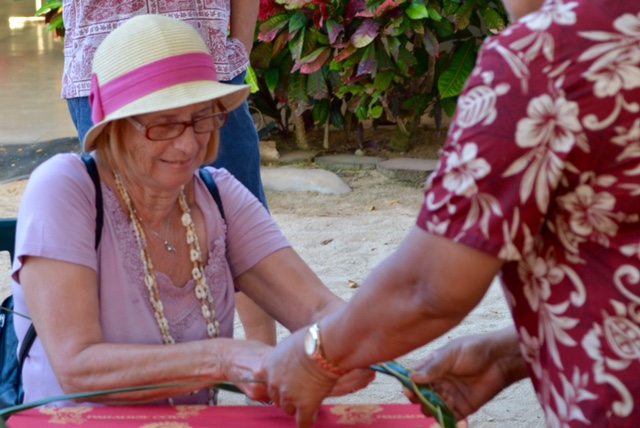 Lazy day and then in the evening we go to the Paradise Cove Luau. All traditional Hawaiian food and entertainment. It’s the sort of touristy thing you are obliged to do before they’ll let you leave the island. Food was good, never easy mass catering, but they had a good choice and not massive queues. 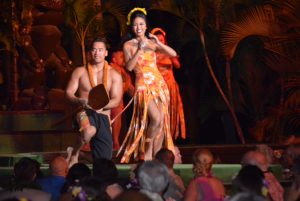 Entertainment consisted of traditional games; demos of all those useful skills needed in Blackburn such as how to tie a towel around you, net fishing, climb a coconut tree and open a coconut; music and dancing girls – amazing they managed to find so many slim natives, the thought of your average Hawaiian Walrus gyrating and shaking their adipose tissue in a grass skirt is enough to send anyone into catatonic shock.

Catch the late evening pantomine. New bombshell as it turns out the FBI are again looking into Clintons email. Apart from that nothing new, the same old. Although I fell off my surfboard of life due to uncontrolled laughter when I heard the Fox News slogan “Fair and balanced coverage”. 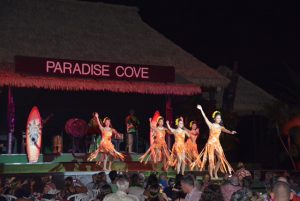 Whilst we are suffering personally as a result of the weaker pound, a small price to pay for regaining sovereignty, control of our borders and escape fro that tyranny, at least manufacturing’s benefitting.

The UK’s manufacturing sector continued to expand at a robust pace in October as the weaker pound boosted exports, a closely watched survey has revealed.

The purchasing managers’ index, which is considered one of the best indicators of the health of the sector, had a reading of 54.3 last month, down slightly from September’s revised reading of 55.5, but still above its long-term average of 51.5. 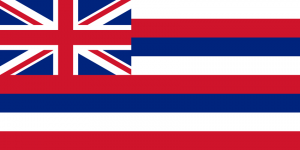 Hawaiian flag. I bet the Americans love it.

Hawaii was once an independent kingdom. (1810 – 1893) The flag was designed at the request of King Kamehameha I. It has eight stripes of white, red and blue that represent the eight main islands. The flag of Great Britain is emblazoned in the upper left corner to honor Hawaii’s friendship with the British.

Now they’ve been subsumed into America and have a choice of either a clown or a criminal for President. 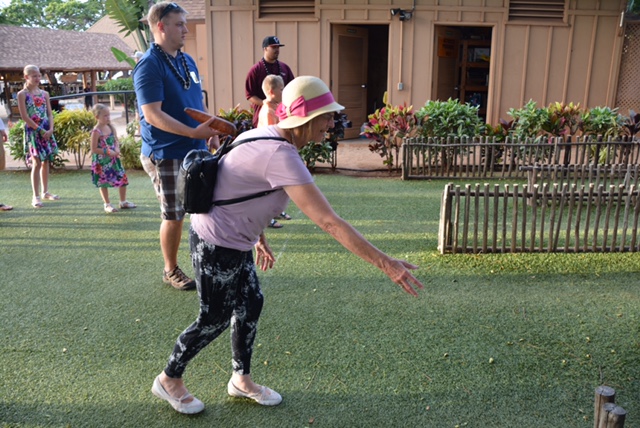 There’s some rain forecast so we decide to have a drive around the North shore.

Call in at the Dole plantation where we’re treated to a demonstration on how to fillet a pineapple.

This side of the island is not quite as poor as our neck of the woods. Some lovely beaches. Waimea Bay is gorgeous and World renowned for great surf, up to 30 foot waves. Just our luck today the best rip curl we saw was about 3 inches.

Had another one of our lavish lunches amidst the peacocks at Waimea Valley. We were going to splash out and have a hike to the waterfall but rain scared us off. 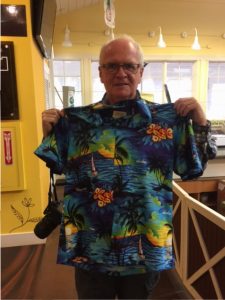 I don’t think so. I’ll stick with IBM white.

Called in at a lovely Temple – see photos – only to discover, as we guessed, it was a Mormon Temple out here amongst all these pagans.

Came across a Budhist Temple so to maintain balance we kicked our trainers off and wore out a pair of sock – respect. Again very beautiful and tranquil with a backdrop of the heavily foliated serrated green mountain valleys. Have a go at Budhist bell ringing and pleased to see that the Zen garden had been raked by a masteraker (not a predictive text masterbater). 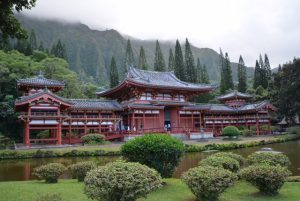 The act of raking the gravel into a pattern recalling waves or rippling water has an aesthetic function. Zen priests practice this raking also to help them focus their concentration. Achieving perfection of lines is not easy. It can take up to 10 years to become a masteraker.

Back home in time for the ongoing pantomime, a thirst quenching Pilsner Urquell and a California red. Well it now seems that Clintons the focus of scandal as the FBI rake up the email saga again and start to scour 65,000 emails for more evidence of wrong doing. The press have now turned like a pack of wolves on an injured Bambi. They smell blood. It was all becoming too calm and settled as Clinton coasted to victory, but now they’ve the opportunity to stir the pot and create more mayhem. What a pantomine, two diabolical villains as the only candidates and the press raking up the mud at every opportunity. You’d think that anyone with a skerrick of dignity and pride, with their track records, would just do the honourable thing and impale themselves on a sharpened toilet brush. 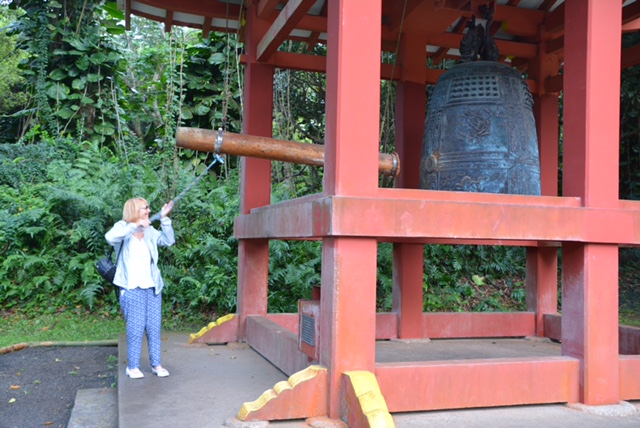 Had a lovely chat with a young Mormon missionary in the Mormon visitor centre. What a credit she was to the Mormon religion – as this is in the positive wave of life section I’ll resist making ANY comments on that other religion beginning with “M”. Answered all of our probing questions calmly and without batting an eyelid. Always impressed by them and their unwavering faith, even though I think it’s just a lavish fairy tale.

They seem a harmless bunch. Like Chritianity, if they could just take the god out of their religion and stick with the good Christian ethos it would be awesome.

Couldn’t mention it above from my Wave of Life surfboard but I’ve a solution to the violence of the religion of pieces and permanent offence. Convert their fundamentalists to become Mormon. The World would be such a better place. 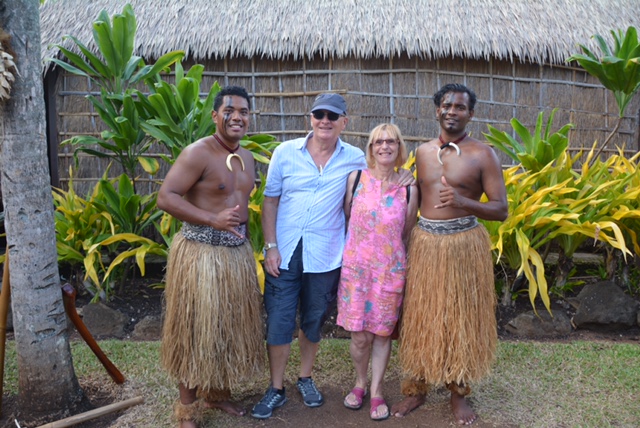 Decide to do the South East Shore drive. 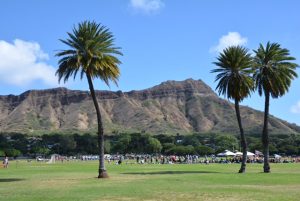 Park up at the Kapiolani Park with a superb backdrop of Diamond Head. Walk along the beach to Waikiki beach for lunch. Happen to stumble upon a Starbucks. Not difficult here as there are more of them than ABC stores. Waikiki beach is buzzing and yes it’s very busy but we do find it quite alluring.

Stroll back through the park. There’s a free brass band concert on, sadly we don’t have time for it, and we watch a bit of Lacrosse, which seems very popular. 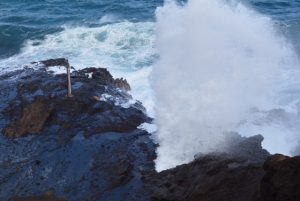 Drive past Hanauma Beach, we’ll save that for a full day, then onto to the Blowhole. Stop off for various stunning photo opportunities along the way, culminating in the Pali Lookut. Pity it wasn’t a blue sky day but awesome views and a wind strong enough to blow the wax out of your ears.

The Pali Lookout is a site of deep historical significance. Named “Pali” meaning ‘cliff’ in Hawaiian, the Pali Lookout is the site of the Battle of Nuuanu, where in 1795 King Kamehameha 1st won the struggle that finally united Oahu under his rule. This fierce battle claimed hundreds of soldiers’ lives, many of which were forced off of the Pali’s sheer cliffs. 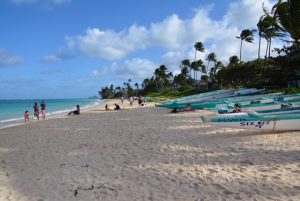 Visit Laniki beach. Judging by the amount of broken glass in car parks and the SUV with a broken rear window I would guess there’s a high crime rate around here. Not surprised with the number of dossers lingering around. Some of their encampments are mini Calais Jungles. One thing there doesn’t seem to be is any perambulating black bin liners, oh how we miss multi-cultural Blacburn.

Note that the Pali Lookout is also known for its strong and howling winds. You’ll understand why the Nuuanu Pali Lookout is one of Oahu’s best scenic points when you feel the wind push up against you, hear the winds whistle through the mountains and see the breathtaking views of Oahu’s lush Windward Coast.

Then it head back home. For once the Farrington Highway not a nose to exhaust tortoise crawl, but the traffic lights still do a great job of making the journey a nightmare. 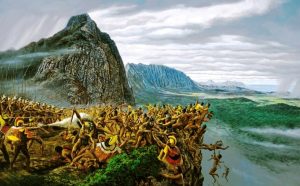 Pali lookout in days gone by.

A long day with a lot of quite enjoyable driving. We got to see a lot of the Island again and have now covered all the major roads.

Amazing difference between the East (windward side – rainy and cloudy) side and the West (leeward side – drier, sunnier and poorer) side of the island and yet they’re only about 40 Miles across. I suppose it’s the mountains on the East side that create the clouds and moisture as the wind blows in from the Pacific laden with all that moisture. Geography lesson over.

In the evening we watch the first episode of the remake of “Hawaii 5 O”.

Well it seems that the smarmy criminal from the Washington swamp in the presidential pantomime is now getting some come up pence as the wolves of the press pack turn on her. How given her email server scandal, the Clinton foundation scandal and the cash for acces scandal it amazes me that anyone would even trouble to get out of bed and vote for her. 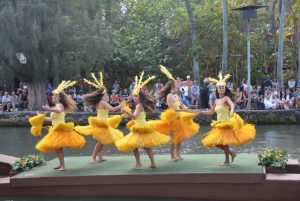 Seth Meyers “A new government report reveals that Hillary Clinton ignored the State Department rules about cybersecurity. The report states that Hillary’s recklessness, arrogance, and defiance could get her the Republican presidential nomination.”

Native Americans Hillary Clinton was addressing a group of American Indians in New York telling them all she did as senator and all she plans to do for them as President. At the end of the meeting the chief gave her a plaque with her honorary indian name, Walking Eagle. After she left someone asked the chief if there is any meaning to that name. He said “A walking Eagle is a bird that is so full of crap, it can not fly.” 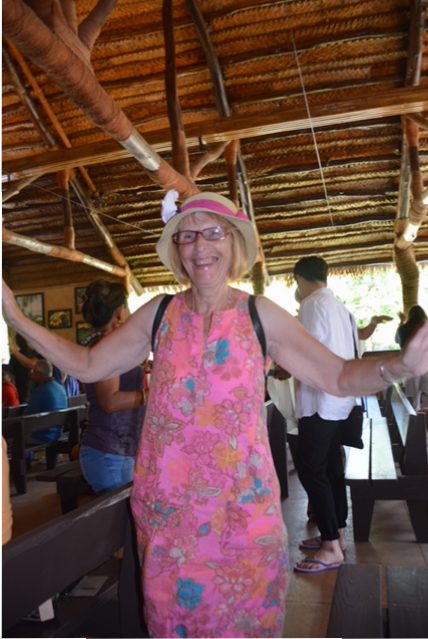 Up and out for 11:00 as we head over to the far side of the island to visit the Polynesian Culture Centre. Run by the Mormons, which I found quite surprising that they should be promoting these pagans. But, hey ho another day another dollar. It’s actually run as a non-profit organization and helps the 1,000’s of students, by providing part time work, fund their way through the Brigham Young University. 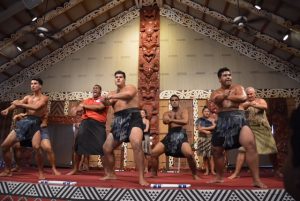 From New Zealand we have Haka.

A great day out. The place is a mini Disney with villages of all the Polynesian Island culture. Each village has typical housing, events portraying village life and a show celebrating the songs, dance and culture of that village. Pleasant canoe ride through the villages and awesome film on the Hawaiian Islands. You really need a full day here. We only had 5 hours and it was a rush to cram it all in.

The Luau looks great and was only an extra $20 just a pity that we would have been back so late.

Having had a great day out we have to pay the price as we drive back through the dark. Not too bad until we hit the hell of H1. 7 O’clock, 7 lanes, 7″ apart nose to bumper. How do people cope with this every day. Here they are in an Island paradise and yet they have this to cope with every day of the week, morning and night. Perhaps the dossers living in their tents with their surfboards really have the right idea!

Late back so it’s a subway for dinner. 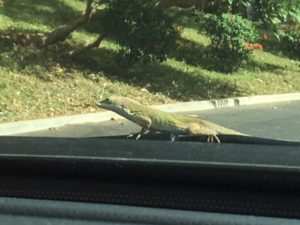 No we don’t want any insurance,.

Today’s good deed involved the Geeko that had taken up residence on our windscreen as we drove off. I think he was trying to sell us car insurance (in USA geiko advertise with a little green Geiko). To save him we stopped the car and scraped him off onto the road and the little bugger then runs straight into the path of an oncoming car – fortunately just dodges that bullet.

Pat Condell again on Children of a stupid God: 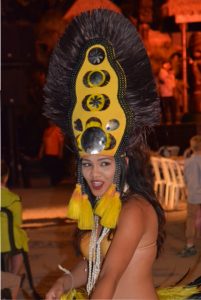 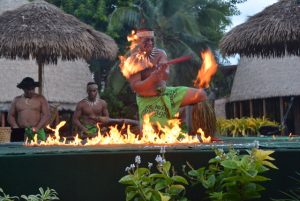 Don’t try this at home.

Why should vegetarians get all the special treatment and special meals. We’ll be vigorously campaigning for Obligate Carnivore menu options and root out all prejudice against us. A petition to the Unitied Nations will be presented to require an Obligate Carnivore (OC) menu to be a fundamental human right. Vegetarians will be expected to cease their discrimination against us and ensure that a suitable animal flesh – blood on the plate – option is made available. Veggies who don’t provide an OC option will be pilloried outside the local butchers for a week with only meat options from MacDonalds, KFC and Taco Bell to eat. Food manufacturers will be expected to provide OC options.