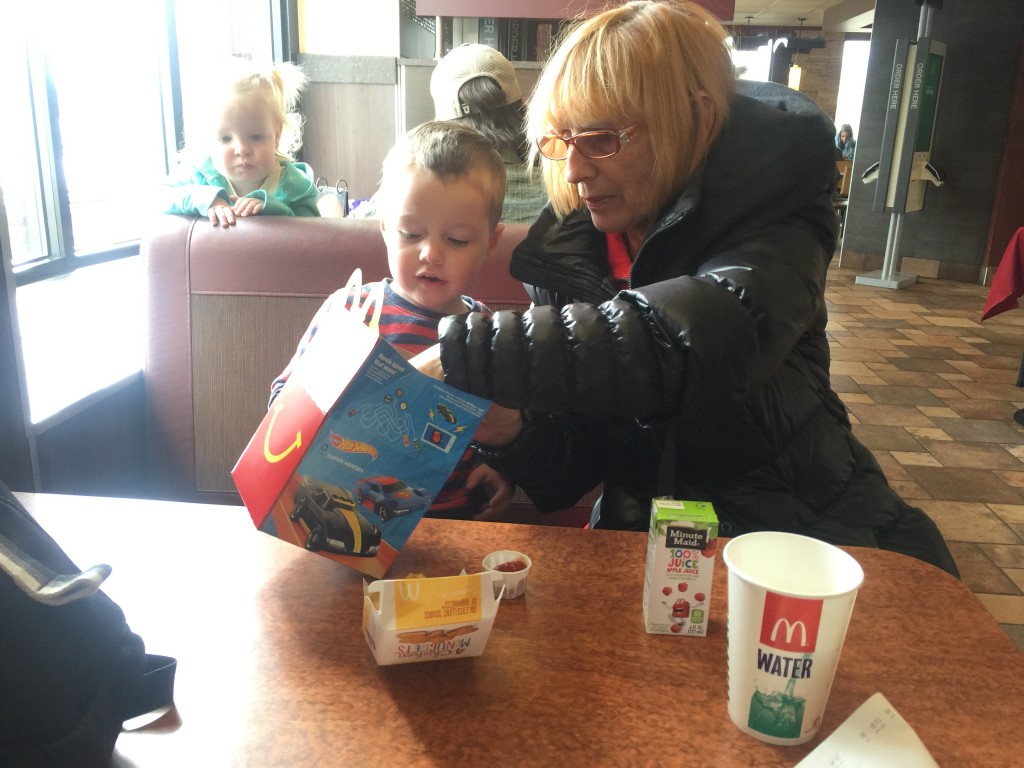 Fiona has a day to herself so she’s off for some retail therapy at the Tangier Outlets. We’re on rug rat grandparents duties. 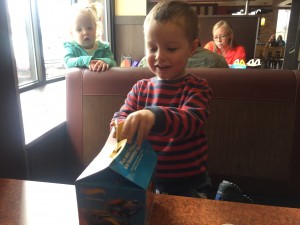 Now we’ve got the green light on MacDonalds we take Jasper there for his last civilized meal here in the USA. I was tempted to really improve his gastronomic experiences and take him to Taco Bell but Nana vetoed that on the spurious grounds that he wouldn’t eat it. Don’t try then you don’t know.

In the evening Wendy and I are off to Kamas for a cowboy show and supper with the Schmitts. 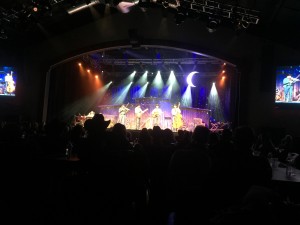 It’s a great evenings entertainment, with typical western music, slapstick humour and songs. Great fiddler and banjo player. The food was awesome, a traditional Western style barbecue with baked beans and smoked brisket to die for. Nice touch at the end of the evening is the entertainers all one up as you exit to shake hands and exchange a few pleasantries. 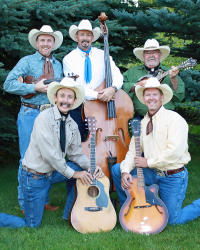 Hilarious article on common sense and profiling from Jeremy Clarkson – “So I’ll say it. If we really want to carry on with our lives — as we say we do — we need two queues at the airport. One for people who don’t have beards. And one for those who do.” 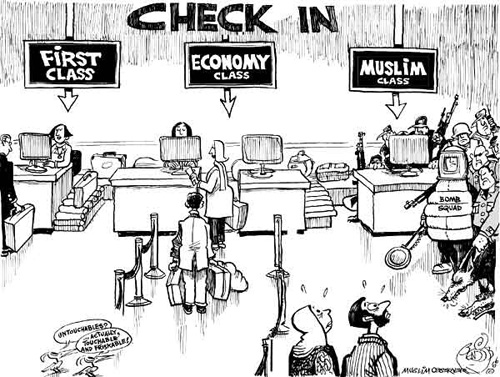 Whole article can be read here:

Get a grip, ignore the PC storm troopers who helped get us into this mess, START PROFILING. You know it makes sense. 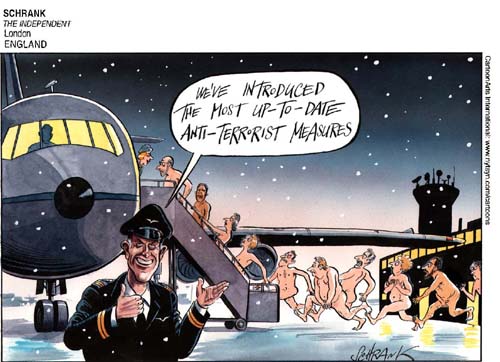 Wouldn’t surprise me if it came to this. 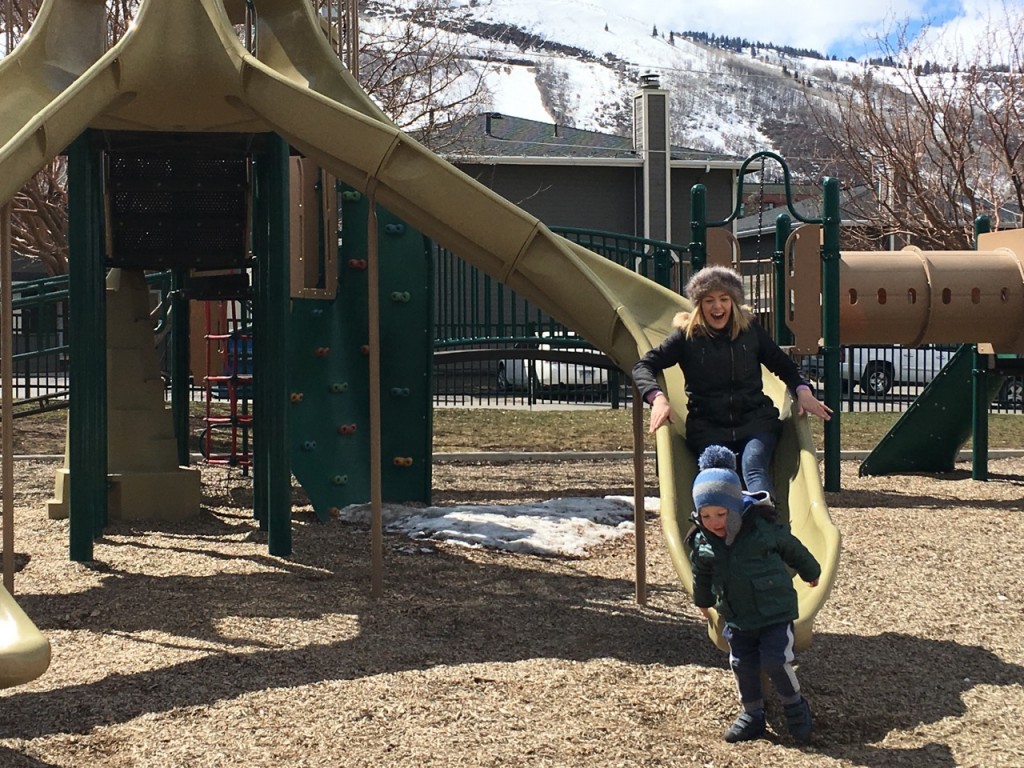 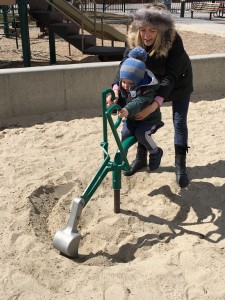 Fiona and Jasper’s last day. Some vacillation as whether Jaspers going to ski. In the end he opts for the park. I opt for a lazy day in to rest my gamy leg.

Carol pops round in the evening to say goodbye.

I’m left with a bottle of Merlot and no drinking partner.


George Carlin yet again, this time he’s focused on complaints and grievances:

From the Islamic State comedy club. A group of comedians inside Syria who are risking their life to anonymously post comedy to mock IS. 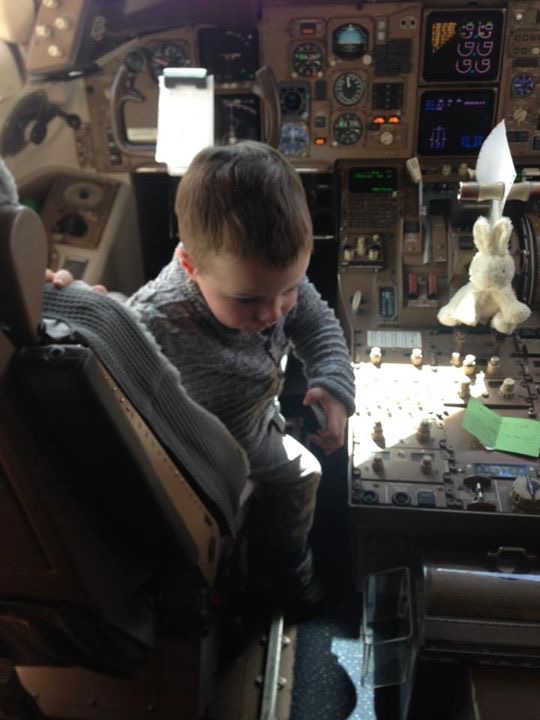 It’ goodbye to Fiona and Jasper as we drive them down to Salt Lake airport for their long flight home.

We’ll really miss them and it’ll be oh so quiet. Why we’ll even have to talk to one another. Fortunately I’ve enough macaroni pudding to last me 3 days, after that I’ll really be missing Fiona!

We’ve really enjoyed having them, Jaspers kept us entertained and has been well behaved – especially when left with Nana and Papa. He’s been introduced to the finer things in life such as skiing and MacDonalds. 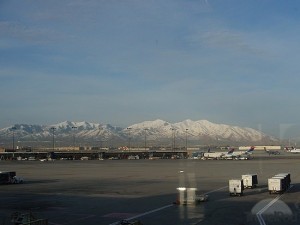 Decide on a Mexican take away from Chubasco’s in the evening. Alas they’re closed, it’s Easter Sunday. We’d forgot because the whole country seems to have forgot it’s Easter, they pay more attention to Valentines day and the pagan halloween festival. Amazing really because the whole country seems to have ignored EASTER; to be politically correct and avoid any offence it’s been renamed spring break; Everywhere’s open Good Friday and Easter Monday; only some of the Mexican restaurants forsake the mighty dollar and close on Easter Sunday; of course the supermarkets remain open throughout with isle upon isle of “Eggs” – not Easter eggs, not spring break eggs, just chocolate eggs.

What has happened to this supposed Christian Nation that they appease the religion of constant offence and cow tow to the feeble minded PC stormtroopers.

So who said it? A clue it was a strong, well respected politician and statesmen:

“How dreadful are the curses which Mohammedanism lays on its votaries! Besides the fanatical frenzy, which is as dangerous in a man as hydrophobia in a dog, there is this fearful fatalistic apathy.The effects are apparent in many countries. Improvident habits, slovenly systems of agriculture, sluggish methods of commerce, and insecurity of property exist wherever the followers of the Prophet rule or live. A degraded sensualism deprives this life of its grace and refinement; the next of its dignity and sanctity.” 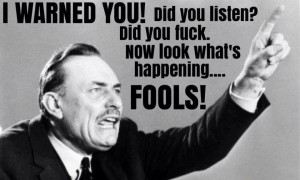 No it wasn’t this guy, but he was oh so right.

“The fact that in Mohammedan law every woman must belong to some man as his absolute property—either as a child, a wife, or a concubine—must delay the final extinction of slavery until the faith of Islam has ceased to be a great power among men. Individual Moslems may show splendid qualities. Thousands become the brave and loyal soldiers of the Queen: all know how to die. But the influence of the religion paralyzes the social development of those who follow it. No stronger retrograde force exists in the world. Far from being moribund, Mohammedanism is a militant and proselytizing faith. It has already spread throughout Central Africa, raising fearless warriors at every step; and were it not that Christianity is sheltered in the strong arms of science—the science against which it had vainly struggled—the civilization of modern Europe might fall, as fell the civilization of ancient Rome.”

It comes from Sir Winston Churchill’s unabridged The River War.