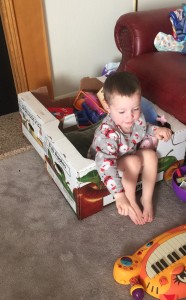 Pick up the hertz mobile. Gave them a ring to ensure we didn’t have another car bizarre fiasco. Nice toyota camaray, fairly well equipped and with satnav, was waiting on the front.

After lunch Fiona took bug a lugs for a walk down to Kimble Junction. Wendy and I went to the apres ski concert at the Canyons Village. Met Hal up there.

Pat Condell on the decline and fall of the EU:

Todays most useless piece of information is how to make fire with a lemon – something every survivalist needs to know:

Radical islam, the most dangerous ideology: 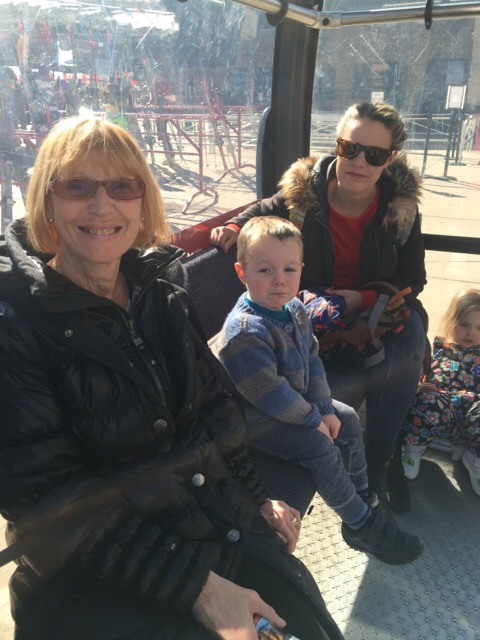 In the toy gondola.

Lazy nerdy morning then went up to the mountain for the entertainment. Band on the deck but sadly the balloons and face painting didn’t materialise. As the young girl with the children board games, who seemed more entranced with her iPhone than the kids in her care, said they’re probably too lazy. Never mind too lazy this cripple dragged himself and rug rat up here on the promise of balloons and face painting. Time someone got a grip.

Time for some wine in the evening. Mind you Fiona was no help.

Trump warns of the muslim problem:

How to beat Aviva Car Insurance at their own devious game. 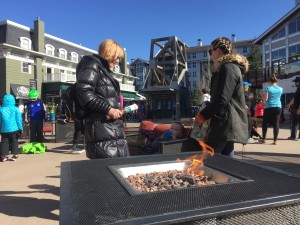 My auto renewal for two cars came out at about £1,400, twice last years.

By accident I tried a quote withe wrong date of birth it came out at about £700.

I tried a new quote with my date of birth one day earlier – about £700. 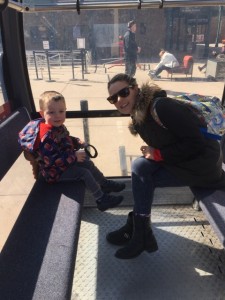 They’re out to rip off existing customers at the expense of new.

Their computer system uses name, post code and date of birth to identify that they can screw you.

Get a new quote with your date of birth one day out. Web site thinks you’re a newbie.

Phone in to accept but ask them to change your date of birth.

Once they’ve changed your date of birth and confirmed the price hasn’t changed, go and pay online. They charge £20 extra to pay over the phone.

Or better still – Go to a different provider. Sadly they’re all at it.

Report them to Financial Services Ombudsmen and trading standards. 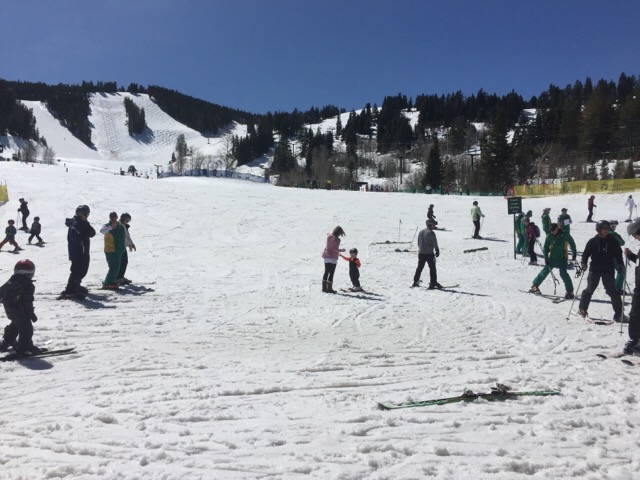 Nip round to next door to discuss long term rental next year. It’s a really nice place, better kitted out than this, and would be great for February, March, April and June, July, August next year. They may even be interested in a home exchange.

Early lunch for those that have hollow legs and need feeding. Then we go up to Deer Valley to sit on the deck and enjoy the sun. Jasper has a short shuffle on his skis but as we wouldn’t let him on go on the lift he was not that keen. 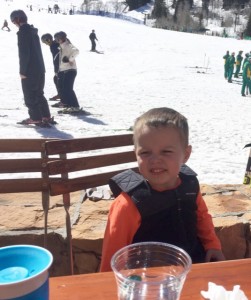 While we’re there a young girl comes flying down the nursery slope. Can’t stop. Crashes onto the deck where here ski’s come to a grinding halt and she experience Newtons First law as she continues flying forward, face plants, onto the concrete deck. Every man and women then crowd round her, move her and almost suffocate her until ski patrol turns up, cut her trousers off, load her onto a body board and takes her to hospital. Poor kid she looks a right mess.

I drive home and the rest walk.

In the evening we’re invited round to next doors for Martinis and nibbles. First vodka martini ever. I wonder if it was shaken? Meet their friends who may be coming on the home exchange to England.

Fiona makes me another awesome Macaroni pudding. Mine, all mine. 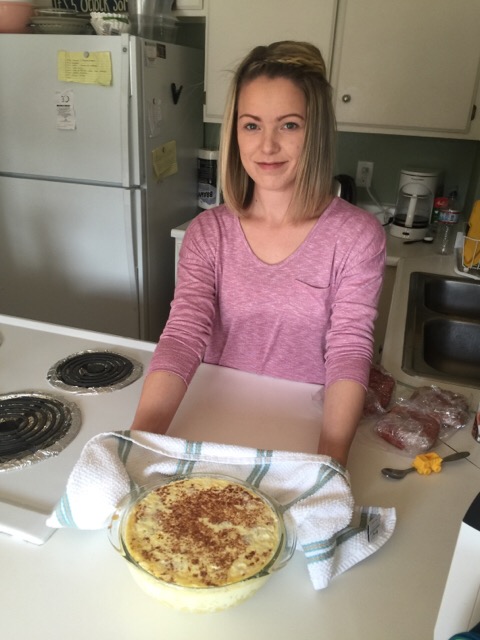 Nigel Farage; Angela Merkel in Private is more miserable than she looks in Public:

Now here’s a bit of common sense and an effort to protect against terrorism: 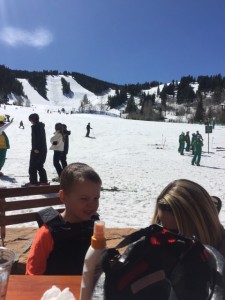 COLUMBIA, S.C. (AP) — While Republican front-runner Donald Trump continues to make waves nationally for his comments about banning Muslims from traveling to the country, lawmakers in two very different states are proposing that all refugees register with the government.

Registration bills are being proposed in both New York State and in South Carolina, where if refugees commit an act of terrorism, their sponsors, under the bill, could be held liable.

The South Carolina lawmakers say they are less concerned about a possible constitutional challenge than a possible terrorist threat coming to the state. 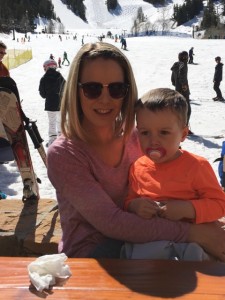 Sponsoring Sen. Kevin Bryant said the bill has three components: a registry of all refugees; civil liability for sponsors of refugees from counties considered state sponsors of terror by the federal government (currently Iran, Sudan and Syria) for crimes committed by refugees; a prohibition on the state spending any money on refugees and their families.

Bryant said the goal of the bill is to protect people’s safety. Nearly 850 refugees from a number of countries in Europe, Africa and the Middle East have come to South Carolina since 2010, with 87 arriving since last summer. The Anderson Republican said if only one of them were to conduct a terrorist attack it would be devastating.

A challenge to the South Carolina law is likely because the law singles people out by county of origin and seems bent toward discriminating against Muslims, said Ibrahim Hooper, spokesman for the [Hamas-linked] Council on American-Islamic Relations.

Perhaps we should also have some legislation to close down any mosque that has been involved in radicalization, supporting ISIS or promoting terrorism. At the same time the Inman and family should be deported.