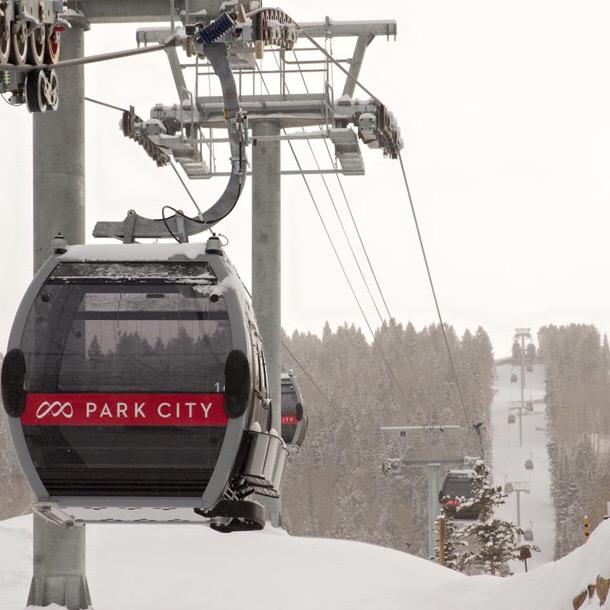 The new gondola linking Park City to the Canyons.

Yeah, snow forecast for all day, although not much of an accumulation predicted. Never mind, all Chione’s bounty is greatly appreciated.

Out for a mornings skiing. Now I can and will gladly ski in snow, cold, high winds and even rain, but I just can’t cope with a white out. For the none skiers in my audience that’s when there’s low cloud or really heavy snowing. Either way you can’t see where your going; any of the bumps; have no sense of what is vertical. It’s terrifying. Everyone just slows down. Get a couple of runs in but it’s so disorientating I give up for the day. 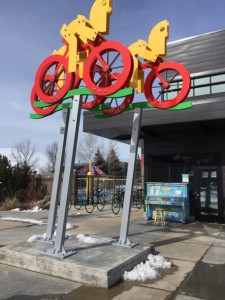 Local sports Centre just 5 minutes away. Complete with piano outside and it’s not vandalized. Ideal place to go in case you’ve not burnt off enough energy on the slopes.

Hal picks me up after lunch for a web design meeting. Wot without a blue pinstripe suit, white shirt and tie! American style jeans and jumper all very informal. Real nerdy meeting agreeing final,changes to his web site before they hand it over to us. Seems an age since I had to do any serious work, but really enjoyed it. Fortunately his site is all in WordPress with HTML, very nerdy. Looking forward to finalising his site and doing a new one for him – once a nerd always a nerd. Then I’ll probably get around to redoing my own website.

Now this is the sort of politician we want battling for a deal in Europe, not some little public schoolboy. Nigel Farage in action, saying it as it is:

I bet they all just hate him.

Tuesday – cold and sunny
4″ fresh snow so a great blue bird days skiing with Helen. A tad on the cool side but keeps the snow in good condition.

Miss out on tipsy Tuesday. 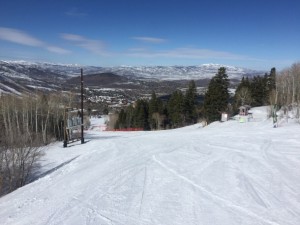 When I was a lad, a few aeons ago, America was just over 3,000 miles away from the UK. Now, according to the weasels in Virgin Atlantic it seems to be about 30,000 miles away. What has caused this dramatic shift? It seems that either the tectonic plates are shifting apart faster than a modern jet or could it be that the weasels in Virgin Atlantic’s marketing department are trying to con us. Yes, a trip,to America with your Weasel Atlantic’s “air miles” requires about 30,000 “air miles”. A more honest approach might be to call them “air furlongs” – youngster will need to wiki this archaic measure – or perhaps even “air metres”.

Equally amazing in the deception and trickery, is that when it comes to acquiring “air miles” America is suddenly a mere 3,000 miles away. It’s only when you come to spend them they distort to “air furlongs”. If only Einstein was alive to help us comprehend this distortion in the fabric of the space time continuum.

Who do they think they are kidding, “air miles” my foot. Perhaps it’s time the trading standards organisation prosecuted them for blatant trades description violation.

Meanwhile it’s about time they were forceably made to change their name from “Virgin Atlantic” to “Weasels Atlantic” with a weasel logo on their tail plane. More tales of “Weasel Atlantic” deception and chicanery in tomorrow’s rant.

Ski with Helens group, just 3 of us. A pretty full day but not as many runs as yesterday.

Get back a tad late and get moaned at. How unusual is that. To redeem myself Go for a stroll around the neighborhood.

Jere and Diane come round for dinner. Great food, great company and plenty of wine. 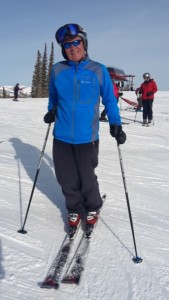 I’m sure you’ve all heard of the tooth fairy. Well here in Park City they have the nose fairy. It comes to my bed every night if I blew my nose that day, irrespective of whether I’ve been good or bad, or whether I’m drunk or sober. Does it leave me sixpence or a dollar on my pillow. Does it eck as like. No instead it quietly and imperceptibly shoves shards of broken glass up my nose so that when I wake, for the inevitable geriatrics meander to the toilet, I’m in agony.

Oh the joys of this dry mountain air that turn your nasal blood vessels brittle.

Yesterday I ranted at great length on “Weasel Atlantic” and their “Air furlongs”. Today it’s time to explore more chicanery from the greedy weasels of their marketing department.

So you have 70,000 “air miles” and they’re about as much use as a plane without an undercarriage. Why? Because whatever flight you come to use them on, no matter how early you try and book, there’s no seats. Yet, go online and there’s plenty of seats available. Now a cynical person, not me of course, might think that there’s only ever one seat per flight available for use with your “air miles”.

Another example of the conniving and skullduggery from the weasels in the marketing department. 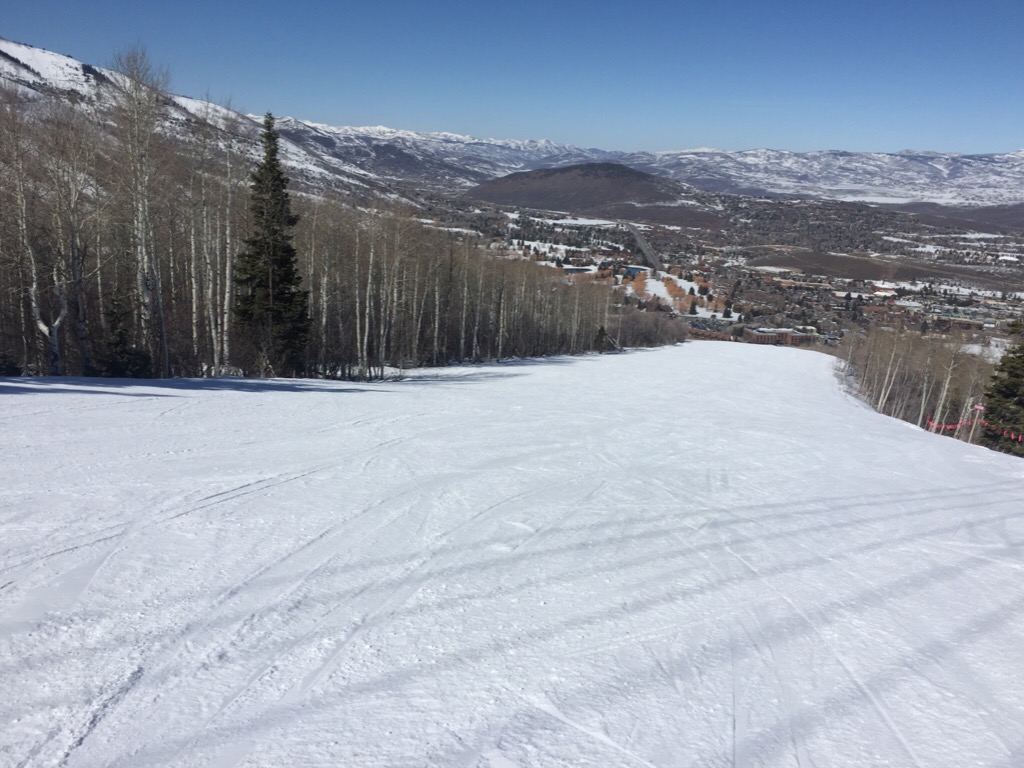 After two full days skiing I have a lie in and a lazy days skiing. Just get 6 runs and some coffee in.

Wendy’s gone out with Helen to get some retail therapy and lunch.

Wendy’s seen some “nice” boots but had them put aside while she sees what I think.

And the moral of that is – honesty is not always the best policy. But I’ll keep being a George Washington – who was not the first president of the USA.

Well so far we’ve explored two of the “air miles” dodges from the “weasel Atlantic” airline. Now for the final rip off. As we’ve already established the chances of being able to use your air miles for a flight is about as likely as ISIS organizing a gay pride march. 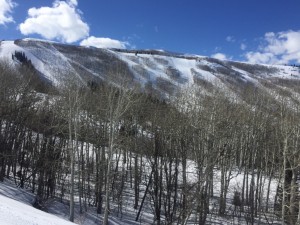 I know we’ll use them to upgrade from cattle class to either premium economy or even upper class.

Yet again “air miles” are a complete rip off and waste of time.

Well done Richard – I realise I might as well chalk pentagrams and stroke my toad, but at least I’ve got it of my chest – what an empire of weasels you’ve built. Your front line staff are excellent, let down by the rampant greed and deviousness from the weasels in marketing and back offices. Time to have a few heads rolling and feed some weasels to the lions. Replace them with some front line staff who have such excellent customer care skills.

Think UK politics is a farce then watch this American Republican Party so called debate. A vicious slanging match worse than you’d get from any gutter snipes or kids in the playground:

The American public judge Trump to be the winner of the debate by over 79%, but can anyone seriously consider him as president? Well it certainly looks like he’ll be the Republican nominee. Worrying or refreshing?

Pat Condell on Obama’s ‘Dhimmi’ refusal to speak out against the persecution of Christians in the Arab world since the revolution: