Friday – warm and sunny
Yet another bluebird day. 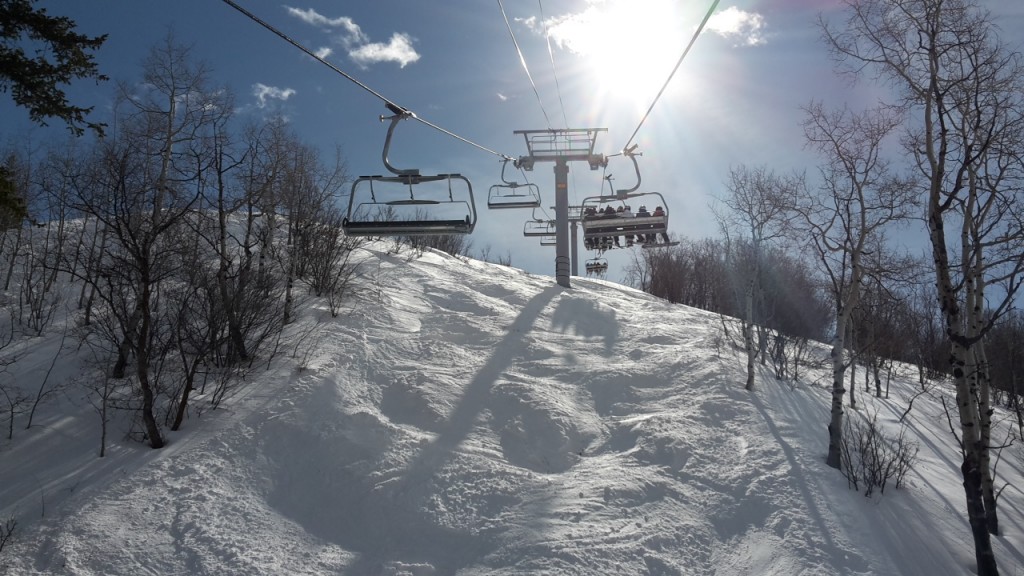 Up early and ski Park City. With yesterday’s storm closing all the lifts; it being the last day of Presidents week; 10″ of fresh powder overnight it’s as crowded as a stoning in Iran. Never seen it this crowded. 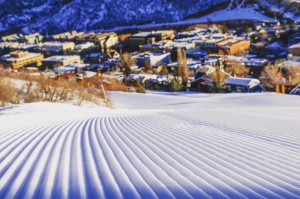 In the evening Jere and Diane pick us up and take us down to the TGIF at the Jeremy Ranch golf club. Have a pleasant evening with PCMSC. Some excellent wine, glasses you could drown in. Food at the golf club not that appealing so we go out for dinner with Jere and Diane. Great wine, good food and great company.

A drunken end to another awesome day here in paradise.

My Sick Humour
I see Cameron’s been over to Europe with his begging bowl. He asked for nowt and got even less. Just a bowl of thin gruel. 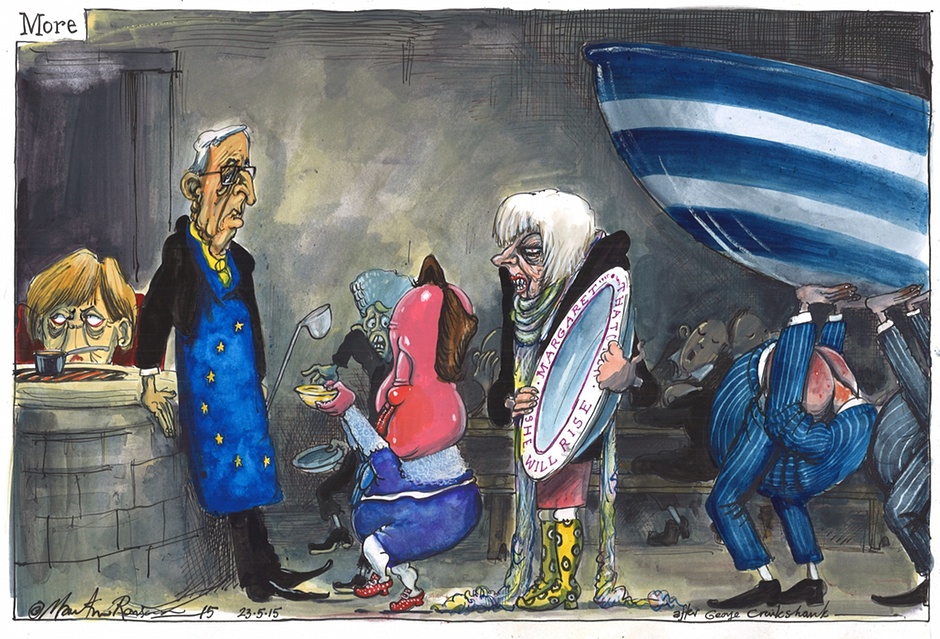 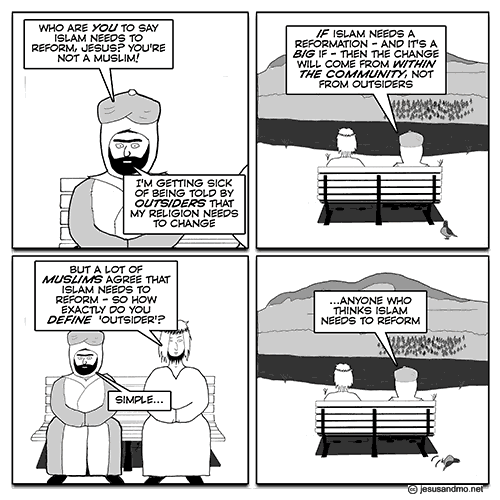 More from Jesus and mo. 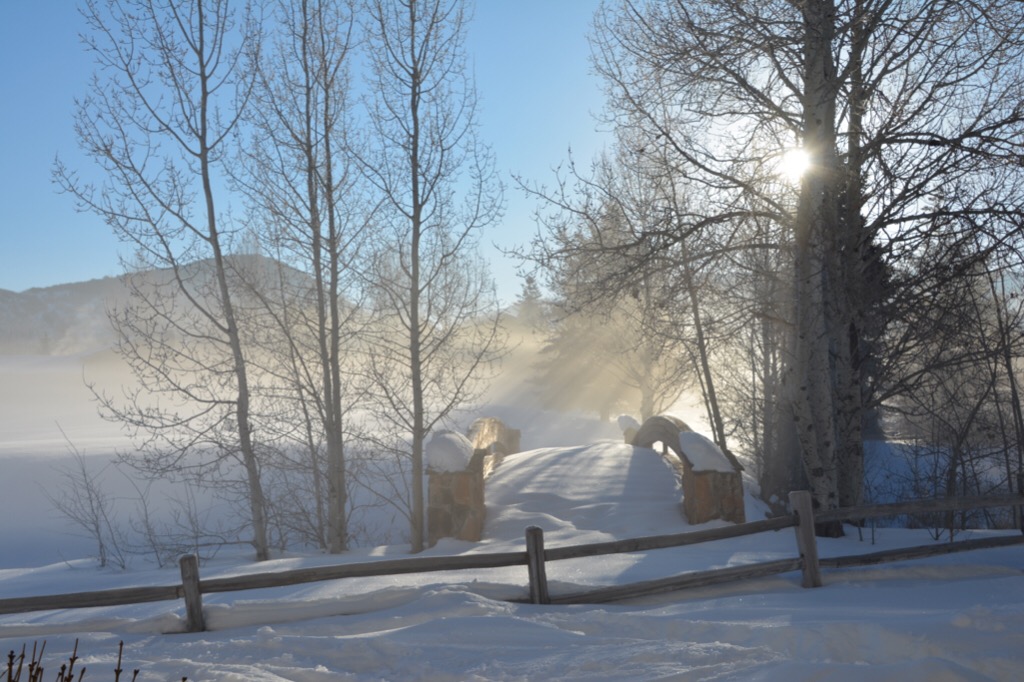 Awesome view from our lounge whilst having breakfast.

A lazy start to the day. Don’t hit the slopes until 11:00. Yet another bluebird day but a really cold wind.

Manage to get 8 runs in and a coffee before meeting Wendy down at Starbucks. A pretty good days skiing and fortunately not too hot so A be kind to snow sort of day.

In the evening Hal, Carol and Angela come round for dinner. An enjoyable family evening in.

My Sick Humour
Can’t decide whether these entries should be a joke or a rant.

This is our 1776 moment (declaration of USA independence) sadly we have no political statesmen like Jefferson or Adams on our side. Instead we’ve a spineless career politician who I wouldn’t trust to negotiate me a free bus pass. Should have sent a Eurosceptic, like Farage or resurrected Maggie, to do the job. Still at least having come back with nowt it should strengthen the BREXIT campaign. Hopefully we’ll get some truth presented and not political speak and scaremongering. Time we were proud again and put the “Great” back into Britain. 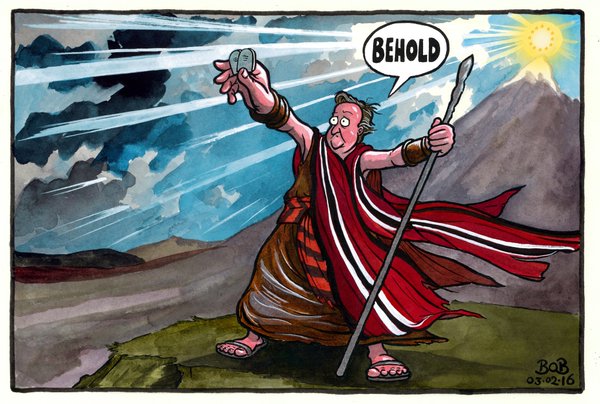 Sunday – warm and sunny
Another lazy start to the day, as per Wendy’s subtle advice. On the slopes for 11:00. When the previous day was too hot the snow can be a tad crunchy first thing, so starting at 11:00 does have the advantage of giving the slopes time to soften up.

Get another 8 runs and a coffee in. Making progress as I move off greens onto all blues. The knee seems to be less of a problem. Ironically when I do get muscle burn on long runs its my good left leg that burns out first.

Having Alzeihmers when you ski must be a nightmare. Just watched two old dears spend 5 minutes wandering up and down the ski racks trying to figure out where they left them.

George come round to pick us up and take us for dinner in his new motor home. It’s absolutely ginormous. Spacious, comfortable and quality fittings throughout. No light weight wood to keep the vehicle weight down all the wood is solid hard word. Awesome vehicle no wonder they live in it all year round we could be very comfortable in it as a home. In addition it toes a full sized SUV.

Have an great meal with George and Helen. Put the politicians to right, sort the world and laugh until we’re nearly in tears. Another great evening with friends here in paradise.

My Sick Humour
Came across this piece of brilliant and important piece of medical research that must be a serious contender for a Nobel prize:

Of course it must be true as it’s in the Daily Blood Boiler (Daily Mail).

It seems that dhimi Islamic apologist Obama’s been at it again claiming that Islam is a peaceful religion because it say in the Quran “whoever kills an innocent, it is as if he has killed all mankind.”

Perhaps he should dust off his copy of the Quran and read it before spouting dhimi nonsense. This is what the Qur’an really says:

“Because of that, We decreed upon the Children of Israel that whoever kills a soul unless for a soul or for corruption in the land — it is as if he had slain mankind entirely. And whoever saves one — it is as if he had saved mankind entirely. And our messengers had certainly come to them with clear proofs. Then indeed many of them, after that, throughout the land, were transgressors.” (5:32)

First, note that this is not a general moral principle applying to everyone, as Obama implied, but one only for the Children of Israel – Jews.

Secondly it is not a general prohibition of killing: there are big exceptions for those who kill “for a soul or for corruption in the land.” And it concludes that even after this command was given, “many of them, after that … were transgressors” — so all it is really saying is that Allah gave a command to the Children of Israel and they transgressed against it. It isn’t anything more than yet another Qur’anic castigation of the Jews.

Also, it is followed in the Qur’an by 5:33, which specifies the punishment for the corruption and transgressions of the Children of Israel: “Indeed, the penalty for those who wage war against Allah and His Messenger and strive upon earth corruption is none but that they be killed or crucified or that their hands and feet be cut off from opposite sides or that they be exiled from the land. That is for them a disgrace in this world; and for them in the Hereafter is a great punishment.” Very peaceful me thinks. Why didn’t he go on to quote this?

Thus this passage is explaining what must be done with Jews who reject Muhammad, not dictating lofty moral principles. Ibn Warraq sums it up: “The supposedly noble sentiments are in fact a warning to Jews. ‘Behave, or else’ is the message. Far from abjuring violence, these verses aggressively point out that anyone opposing the Prophet will be killed, crucified, mutilated, and banished!”