Another blue bird day. Ski with Helen and others over at the Canyons. Sadly by 14:00 we’re skiing on a slush puppy it’s too warm. However snow over at Park City doesn’t seem as bad. No doubt about it, Park City is so much better.

Well the great BREXIT debate has started. Will we ever get the objective facts on which to make an informed decision? Will most people bother?

As it stands I’m all for getting off the sinking ship and starting to put the GREAT back into Britain, but I wait to be convinced otherwise.

In the spirit of those great ranters like Victor Meldrew, Pat Condell, Jeremy Clarkson and George Carlin I start a separate section on my blog for EU rants and jokes. Sadly my rants will be nowhere near as eloquent or vitriolic as those greats.

Let’s start off with two subtle but classic EU jokes:

We shouldn’t go on saying that we are ‘giving’ our Sovereignty away; we are actually paying Brussels tens of billions of pounds a year to take it.

If the EU applied to join itself, it wouldn’t have a hope of being accepted, given its clear lack of democracy (the ‘democratic deficit’ in Eurospeak).

Sadly both are too true.

Wake up, this is an absolute disgrace. How have we ever been dhimi enough to let this come about? How are we so PC stupid as to let these courts continue:

No skiing today. I make the supreme sacrifice in order to pick the Hertzmobile up – a nice RAV4, it had better snow over Sunday night now I’ve splashed out on a 4WD SUV? Go with Wendy down to Costco. Manage to get a kids safety gate for the vast sum of $5 from the Christian Aid Centre. Amazing what you can get, including some great kids toys for a few dollars, and it all goes to a great cause.

Costco is dire. I’m sure most people come here to graze the samples for a free lunch. Wendy enjoys herself rummaging amongs the meats, whilst I struggle to remain sane and awake. Must bring ear pods next time.

For tea we have a great pastrami and corn beef on rye from the Pickle Jar, a traditional New York deli.

Regan versus Obama on socialism:

Not that the EU is a barrel of laughs but at least Some EU Humour makes it less abysmal:

A Greek, an Irishman and a Portuguese go into a bar and order a drink. Who picks up the bill?  A German.

The Eurozone credit ratings are like a frying pan. Greece at the bottom…

Oh dear. The eurozone’s Facebook page has changed its currency status from ‘single’ to ‘it’s complicated’.

NEWS FLASH: Greece has approached the IMF for a €60bn loan after they were turned down by Wonga  .

The eurozone leaders are looking for a stimulus package. Silvio Berlusconi suggests two Viagra and a Red Bull. 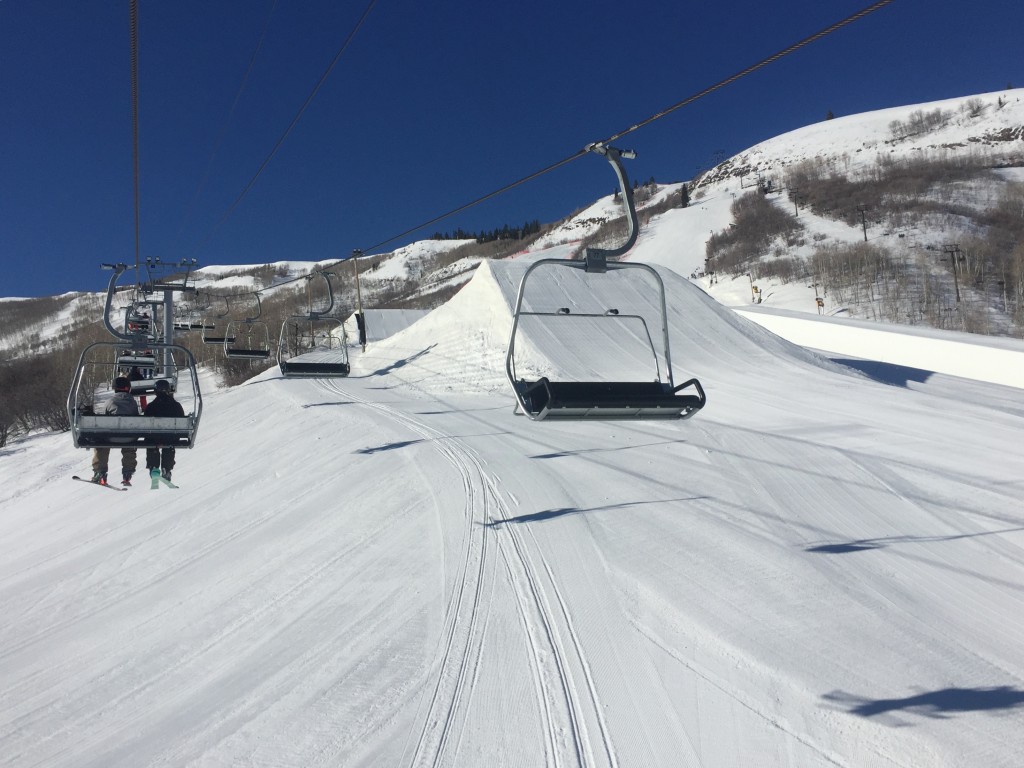 Part of my daily commute. Beats working for a living.

Another blue bird day so up and on the lifts for 09:00. Even though we’ve got a car I catch the bus, it’s so much easier. 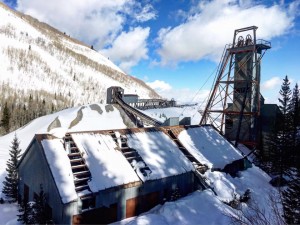 Planned on a lazy mornings skiing. Bump into Helen & Geoorge so have a good mornings skiing with Helen, along with a dirty chai coffee break. A tad busy but we manage to avoid the busy areas.

Quit at lunch time and yet another afternoon in a supermarket. 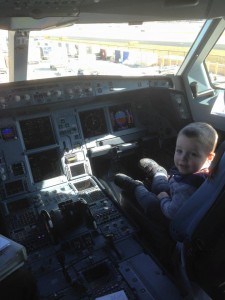 Is that Virgin Atlantics new Pilot?

Drive down to Salt Lake to pick the kids up from their Delta flight. Drive down the mountain is treacherous at night, lane markings are non existent. Thankfully their flight isnot only on time but early. Just drive into park and wait a couple of minutes and get a text to say they’ve got luggage and ready. All tired but Jaspers been a star traveller – well behaved.

I’ve just watched a few youtubes on Farage’s performance in the European Parliament and I have to say he has gone up several notches in my estimation. He certainly doesn’t mince words and I’m sure he’s vehemently hated by the EU bureaucrats, so that’s another plus point in his favour.

On a more serious EU note an interesting report on the benefits, well lack thereof, of being in the EU:

How to insult a progressive by Pat Condell:
This entry was posted in Uncategorized. Bookmark the permalink.