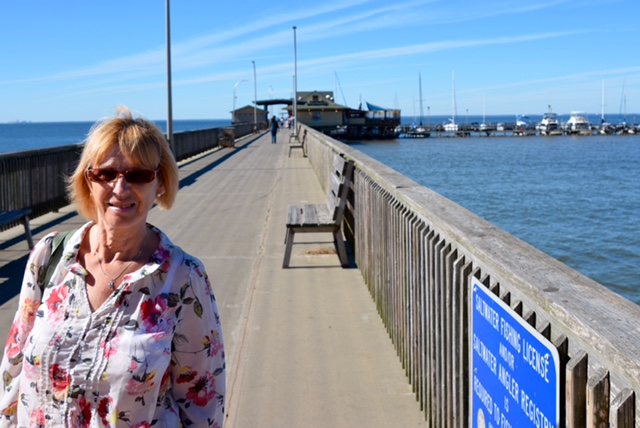 As we leave Panama City and head along the coast towards Fairhope, Alabama we leave the clouds and remnents of a potential tornado behind and head back into the warm sunshine. The drive along the coast starts off as a scenic way of seeing the Florida Pan Handle and the Emerald Coast but after 2 hours of traffic lights every 20 yards, I’m loosing the will to live and ready to go onto a catatonic state.

Cross over into Alabama, our 9th state on this trip.

Get to our new home exchange in a very select neighbourhood of Fairhope and we even have a swimming pool – see pictures.

As usual we’re off to the supermarket. After all those traffic lights I break my 7 days on the wagon and get a luscious Zinfandell.

Watching TV and sound is impressive. Still struggling with selecting text, but cut and paste is becoming easier with the shortcuts etc.

Given up on Blogpad Pro, too many compromises and spending too much time removing crap it’s inserted, I beginning to think it’s possessed. Not the iPads fault, just typical badly tested software – now there’s a surprise. Reverted back to WordPress but going to try using their Visual Editor more.

Someone saying it as it is: 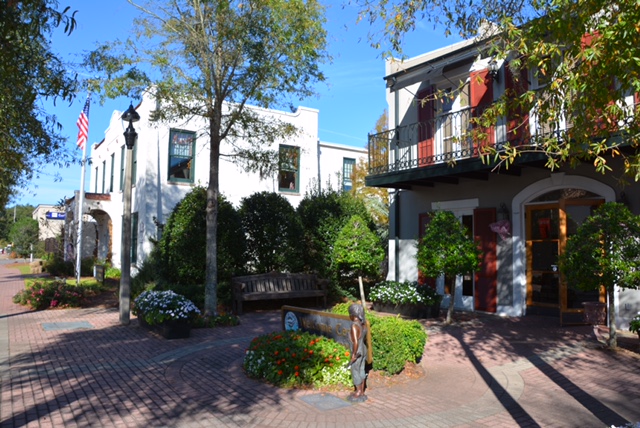 Lazy start to the day. Having a very laid back day after 5 days on the road, 3 days of which were spent sat at traffic lights. Now go into a catatonic state whenever there’s a red traffic light. 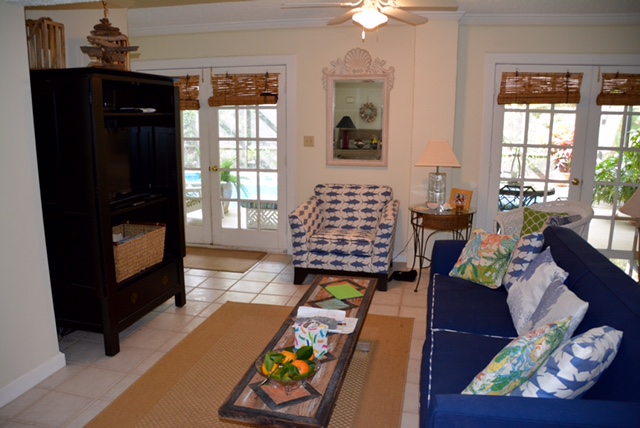 Lunchtime we drive down to Fairhope. Have a stroll along the pier, yes it’s free. Then Wendy has lunch, after which we stroll around town. Visit the quaint little museum. Amazing that a town this size even has one. The towns lovely and relaxing. Mainly expensive women’s clothes shops, antique shops and more cafes than there are brothels in Amsterdam.

Do a spot of Balsamic vinegar tasting. Never realised they could be so tasty. We even lash out on a drop of Blueberry Balsamic. Very tasty, must try some more of these when we get home.

Then it’s a trip out to Walmart, allegedly where all the crazy people shop. 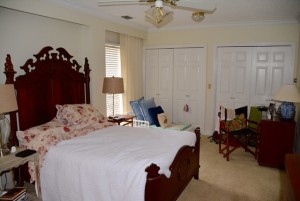 The City Fairhope began as a dream in the minds of a group of individuals who were seeking their own special utopia. The first Single-Tax colonists (so called because of their belief in the economic theories of Henry George, who advocated no taxes other than a single land tax), looked at land throughout the South and Midwest before settling in 1894 on a high bluff overlooking Mobile Bay. According to legend, one of the group said the new colony had a fair hope of success, and the community of Fairhope was born. Based on a spirit of cooperative individualism, the Single Tax Colony attracted supporters and financial backers from around the country, drawing an eclectic assemblage of industrious, creative, and free-thinking people to Fairhope. 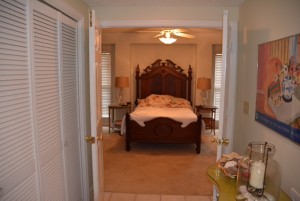 The City of Fairhope was established with around 500 residents in 1908, taking over responsibility for all municipal services. In the 1930s, the city became the caretaker of Fairhope’s greatest assets, the beachfront park, the park lands on the bluff above the beach, Henry George Park, Knoll Park, and the quarter-mile long pier, all gifts of the Single Tax Colony, which continues to have an active presence in the city to this day. 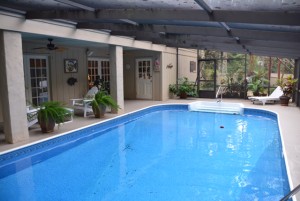 Today, Fairhope is a breathtaking vision that draws visitors from around the world who come to enjoy its natural beauty and its vibrant downtown filled with unique shops and galleries, gourmet restaurants, cozy cafes and more. A growing community of over 16,000 residents, Fairhope is also much more than just one of the prettiest small towns in the South. The city leads the way for others with active recycling programs, a state-of-the art water treatment system, involved citizens (over 70 percent report doing some type of volunteer work), and a new Comprehensive Plan that seeks to maintain the city’s high quality of life through controlled growth and development 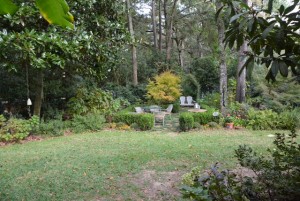 Still no major issues other than selecting text. Need some more research into the best ways.

one of the real advantages is being able to have two apps side by side. I write a lot of my blog in Notes and cut and paste into WordPress, so this is most useful.

Looks like I’ll have to buy and SD Card reader and of course there’s no USB ports, but for the life of me I can’t think of anything that will need one, other than if I wanted to play a DVD. It must be over a year since I bothered with a DVD so probably not a problem.

May also need a bigger bedside table to fit this on.

Saturday – Warm and cloudy with some light rain

Head off down to Mobile to explore. Nightmare finding the visitor centre thanks to my satnav which seems to be hell bent on taking me round and round in ever decreasing circles requiring maximum lane changes at the last moment. Obviously trying to kill me. 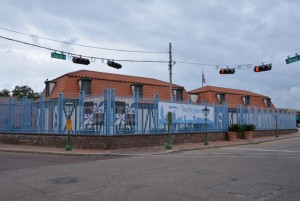 Finally find the visitors centre along with some free parking. They’re very helpful in there. Almost too helpful naps we wonder will we ever escape.

Have a walk around downtown Dauphin Street. It’s a bit of a poor mans fake New Orleans. Wendy has lunch at the Spot of tea. Very different. 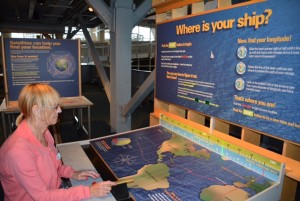 Mobile is the county seat of Mobile County, Alabama. The population within the city limits was 195,111 as of the 2010 United States Census, making it the third most populous city in the State of Alabama.

Alabama’s only saltwater port, Mobile is located at the head of the Mobile Bay and the north-central Gulf Coast. The Port of Mobile has always played a key role in the economic health of the city beginning with the city as a key trading center between the French and Native Americans down to its current role as the 12th-largest port in the United States. Mobile is the largest city in the Mobile-Daphne−Fairhope CSA, with a total population of 604,726, the second largest in the state. 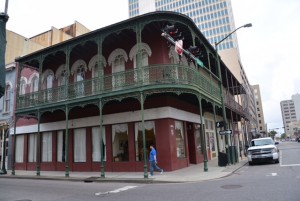 Mobile began as the first capital of colonial French Louisiana in 1702. During its first 100 years, Mobile was a colony of France, then Britain, and lastly Spain. Mobile first became a part of the United States of America in 1813. In 1861 Alabama joined the Confederate States of America, which surrendered in 1865.

Then walk across to the National Maritime Museum of the Gulf of Mexico. Give the Spanish galleon a miss, a tad too expensive, but the museum is awesome. Had a great time and learnt lots of new things. At long last, thanks to a great interractive exhibit, I now know the difference between latitude and longitude, always got them mixed up. Also understand the theory behind it. Loads of hands on exhibits. 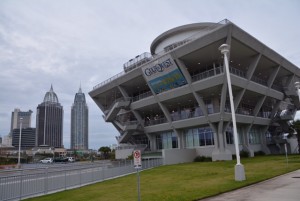 Not a fantastic city but enough for a day out. 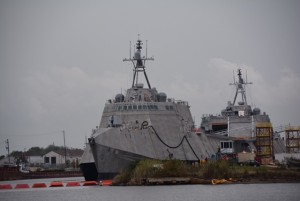 Mobile – modern warship, looks more like an old Ironclad from the civil war.

Found some great selection shortcuts by word, sentence and paragraph that I wasn’t aware of. They’re iOS9 features so notThe  unique to the iPad Pro but sure make it more of a reality as a laptop replacement.

My major use of the iPad for creating, rather than consuming, is my blog. I given a lot more thought to creating this and come up with some simple, ease of use methods that make it as easy to write on the iPad as a laptop. Again none of these are unique to iOS but it has focuses my mind on making this work as a replacement for my laptop.

Funny how the little things screw you. How do I resize my pictures before uploading to my blog. Photos on the Mac has an export feature that can resize. No such thing in iOS. Spend a couple of hours search for a batch resize app without much look. Finally crack it by emailing photos direct from Photos, with a reduced file size, and then save to a folder ready for import.

Ricky Gervais on the bible:

Pat Condell on the trouble with Islam: