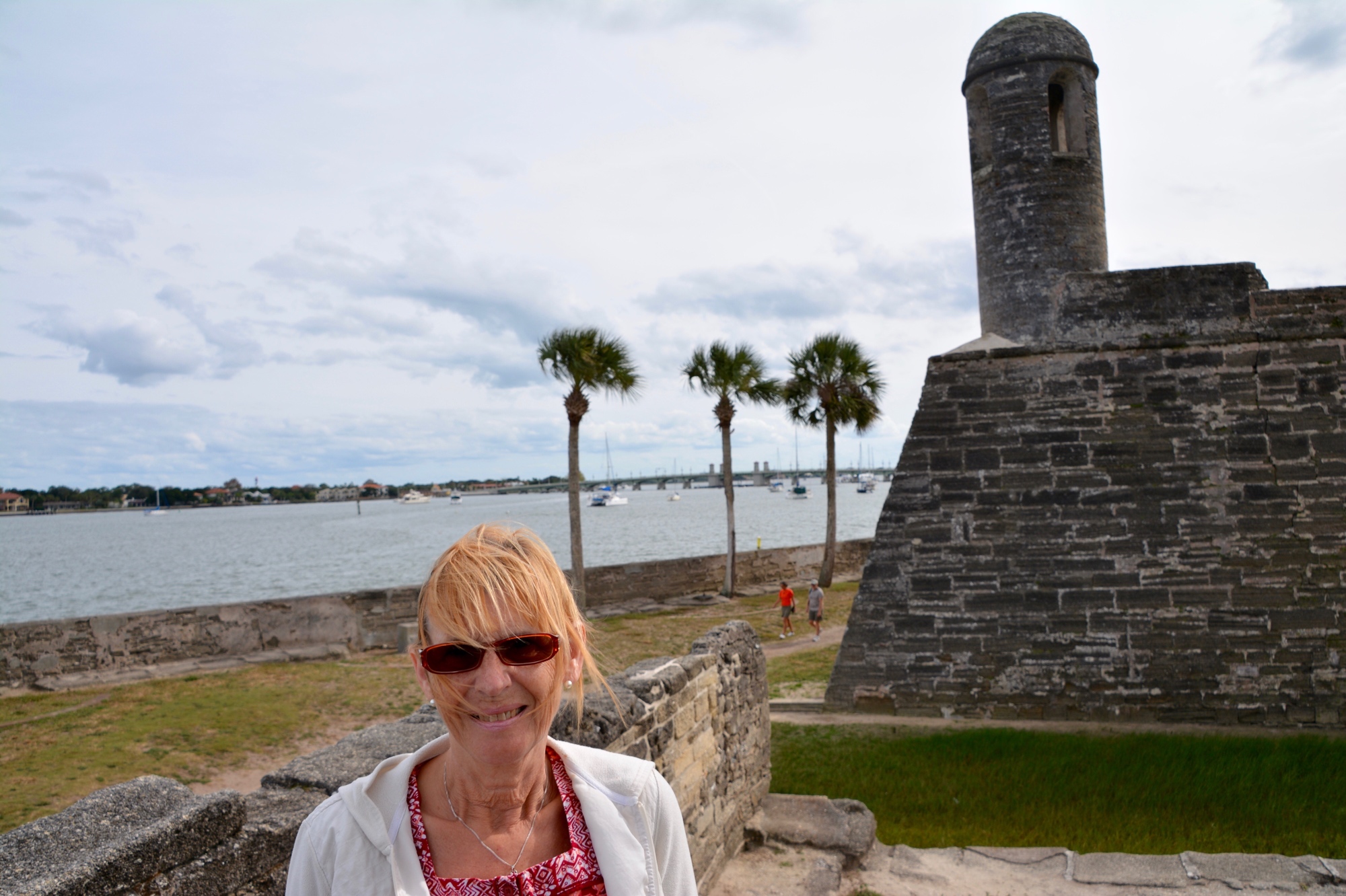 Drive down to St Augustine the oldest town in America.

St. Augustine (Spanish: San Agustín) is a city in northeastern Florida. It is the oldest continuously occupied European-established settlement within the borders of the contiguous United States. 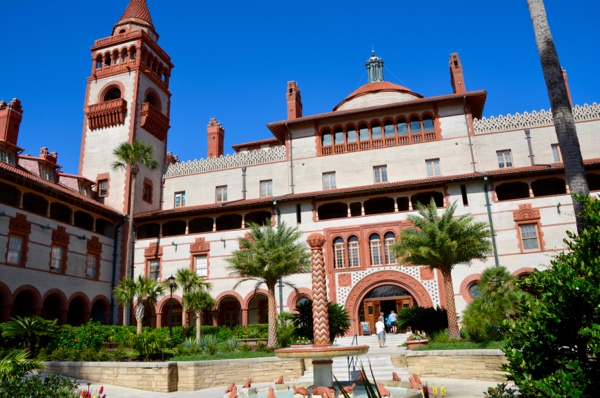 Saint Augustine was founded on September 8, 1565, by Spanish admiral and Florida’s first governor, Pedro Menéndez de Avilés. He named the settlement “San Agustín”, as his ships bearing settlers, troops, and supplies from Spain had first sighted land in Florida on August 28, 1565, the feast day of St. Augustine. The city served as the capital of Spanish Florida for over 200 years, and remained the capital of East Florida when the territory briefly changed hands between Spain and Britain. It was designated the capital of the Florida Territory until Tallahassee was made the capital in 1824. Since the late 19th century, St. Augustine’s distinct historical character has made the city a major tourist attraction. It is also the headquarters for the Florida National Guard.

Get to our sleep Inn hotel, dump our luggage. What a friendly, excellent and helpful reception we got. Then get picked up by a free shuttle bus to take us to the Old Town Trolley hop on and off tour. Tour is excellent. Have a brief shuffty around the old town and Wendy has lunch. The old town does not disappoint our expectations. A tad touristy but it looks very walkable, and rarely for a US town has a true old town historic district. Looking forward to exploring this on foot tomorrow.

Have a wander around the exterior of the old fort. Certainly not shelling out $20 to go in such a small fort. 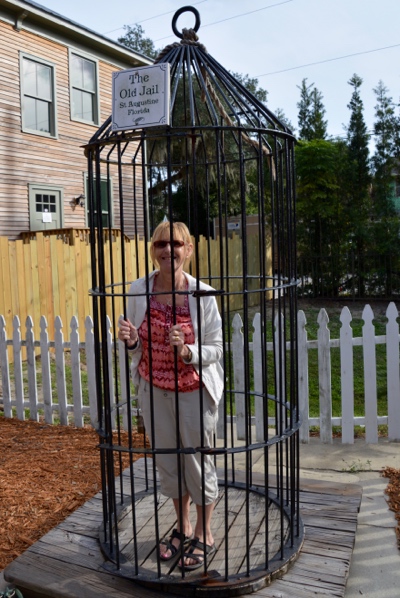 Back on the trolley and then do the jail house tour. Like the trolley tour it was excellent. Jail life was pretty tough back in 1905. Perhaps we should learn from them.

For our evening meal – tea – we go to Salt Life Food Shack. It’s been very well advertised and is reckoned to be one of the best sea food places.

It seems to be staffed by pubescent 12 year old girls in a vain attempt emulate Hooters. I have 4 key indicators of a poor restaurant. 1st and most important, if they don’t know what the soup of the day is, then make a dash for the nearest exit. 2nd sticky tables are a sign to be weary. 3rd sticky or tatty menus another be weary indicator. 4th cutlery drying spots another be weary sign. Well this place managed 2 and 3 but regrettably we gave them the benefit of the doubt.

Our primary school pupil waitress looks as bored as a 12 year old made to sit through Shakespeare’s King Lear in Serbo Croat. As to the food it’s mediocre at best. The snow crabs legs are off an anorexic crab.

Religious Rant Of The Day
3 things you probably didn’t know about Islam: 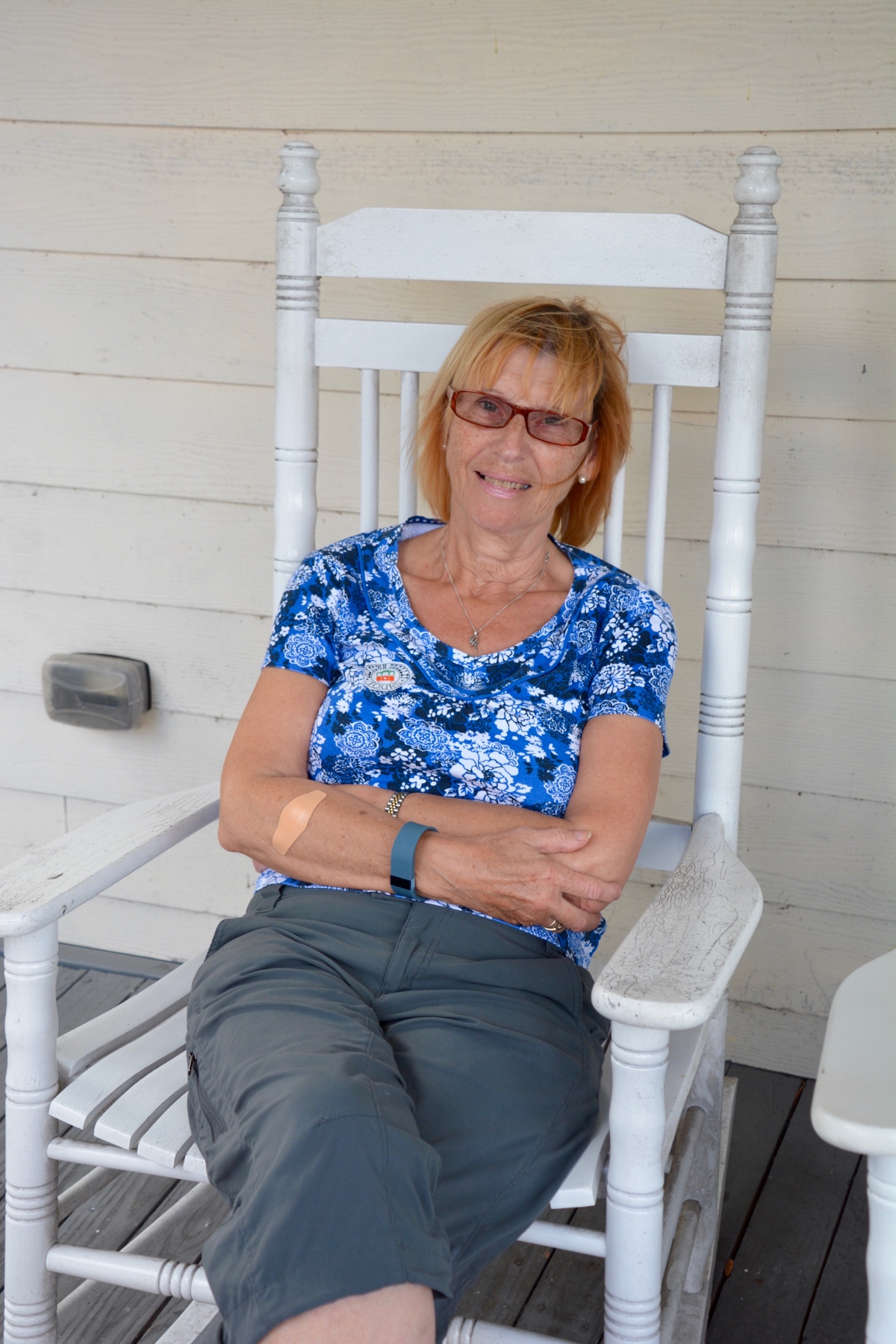 Bloody awful nights sleep for me, or lack of it. That crab is high on the suspect list. End up feeling a tad rough all day. 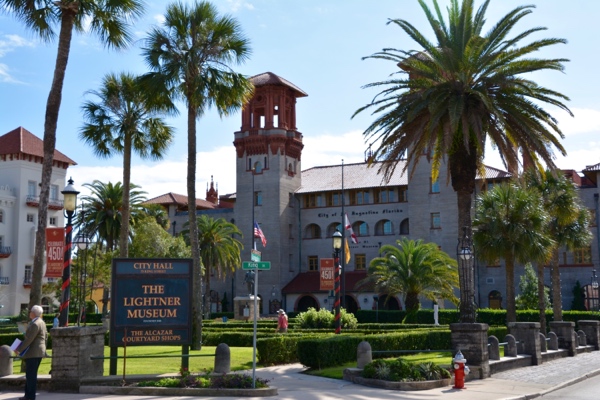 Then drive down to the beach where we sit while Wendy has yet another luxury lunch. Drive down to the light house but are not prepared to spend $20 just to see a lighthouse and climb 200+ steps. For that sort of money I expect a lift.

Back to the trolley terminal. Do the old store tour and the history museum. All included in the trolley tour and quite interesting.

Then we’re off down to Panera Bread to pick up a couple of sandwiches for dinner.

iPad Pro is dead after being charged up all night. 2nd time this has happened. Starts up with a hard reset.

Get onto Apple support chat. Spend over an hour on the support chat line. End up updating iOS9. Ironically end up using my MacBook for iTunes. Leave it running whilst we’re out. Have to see tomorrow morning whether it fixes the problem.

Doing ok on the iPad and really like the on screen key board. Blogpad Pro has some unfortunate habits of inserting unwanted HTML, makes it difficult to manage. That’s a Blogpad Pro software problem and not iPad.

Rant Of The Day
Syria’s war, who is fighting and why:

Well are you any the wiser or now totally befuddled?

After my rant about the Bible Belt I thought it would be interesting to find out what fairy tales the creationist believe: 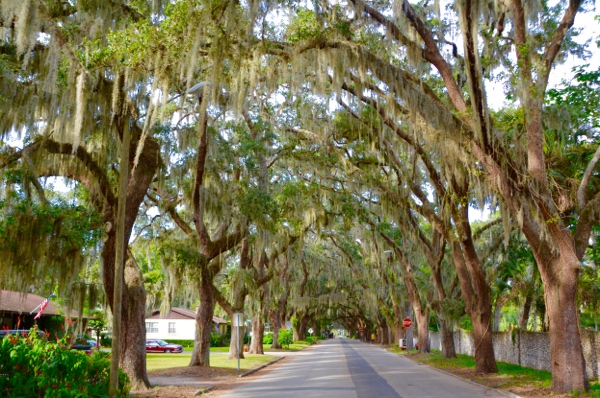 They don’t believe in evolution
Humans and dinosaurs co-existed
Biological systems are too complex to have evolved
We can see light from distant galaxies because the speed of light is not constant
All hominid fossils are either fully human or fully ape
Stars and planets could have never formed from dust
The Second Law of Thermodynamics prohibits evolution
The Flood caused the ice age
Radiocarbon dating doesn’t work.
DNA is God’s signature on all living things
The Grand Canyon was formed by receding flood waters
The earth is only about 6,000 years old 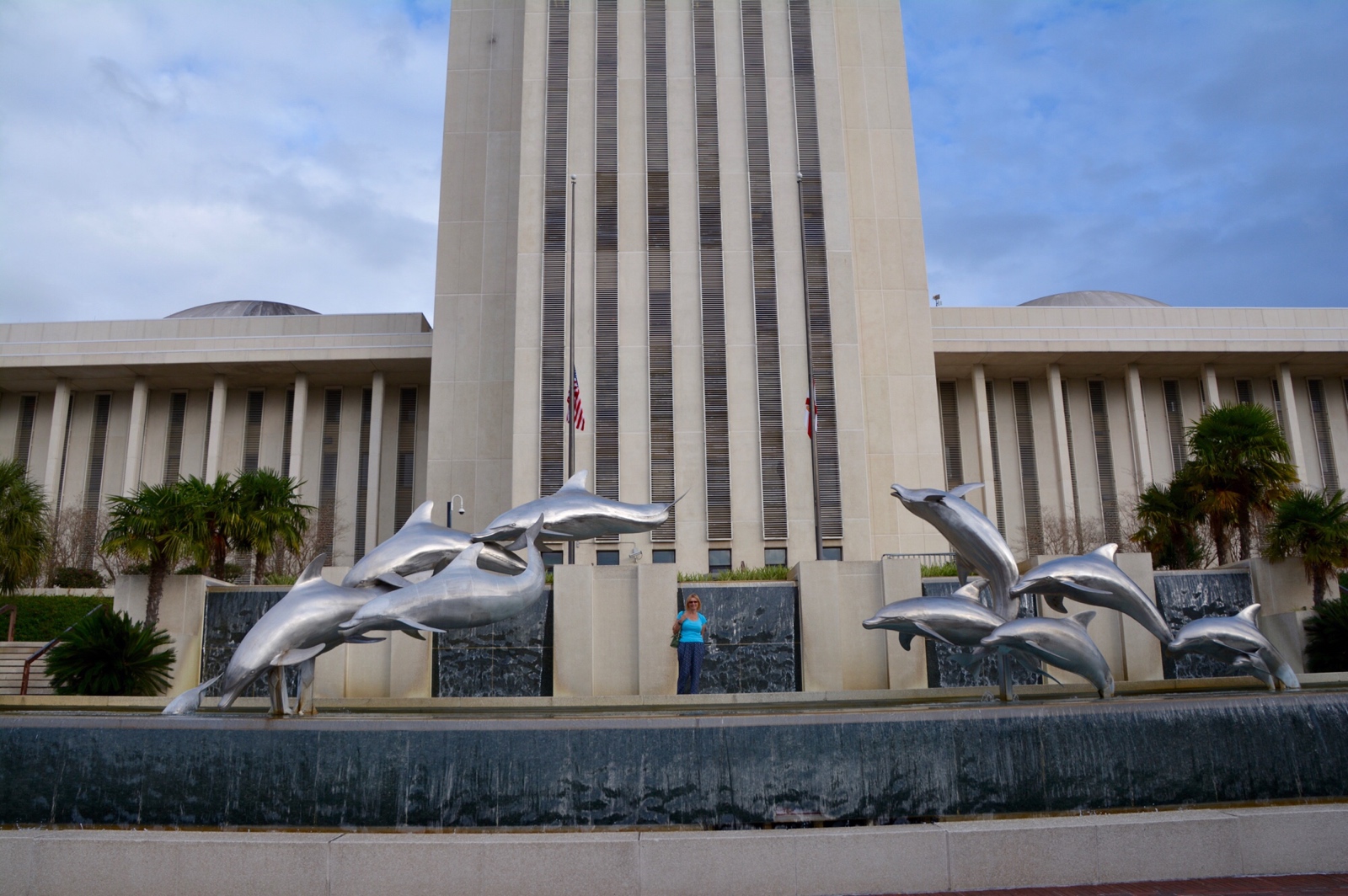 Breakfast in the hotel was somewhat basic but the free entertainment made up for it. It seems the waffle mixture dispenser had broken yesterday but in candid camera fashion it seems that nobody had bothered to put a sign on it. Along comes a man about to demonstrate his prowess and potential candidate for Master Chef. Step 1 full cup with waffle mixture – hang on he’s going to drown in it as it inundates him. Waitress to the rescue to mop up. Step 2 pour into machine and rotate – he can’t rotate the machine. Step 3 pop waffle out onto plate – it’s stuck with areas of it still liquid, spends t he next 10 minutes scraping bits of waffle off the machine. 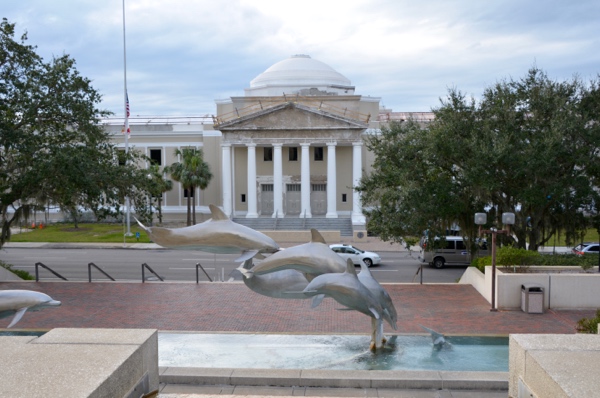 Drive over to Tallihassee, about 210 miles and 3 hours, check into hotel and then drive downtown. Try to find Visitors Centre, as usual very well hidden. Finally find it. By now Wendy’s ready to die of starvation. Finally find a restaraunt.

Visit the state capital building, usually a majestic building with an interesting free tour. This one breaks the mould. A 22 storey concrete monstrosity with a self guided tour. Panoramic viewing deck on the 22nd floor. First you have to crack the lift system. A real conundrum.  8 lifts; 5 of them only go to floor 6; 2 of them to floor 21; 1 of them to floor 22; press any button and it calls any one of the 8 lifts. Question what are the odds of getting the lift to floor 22. Answer 1 in 8, so you could be there all day waiting. Go into lifts for floor 21 and lo and behold there’s a sign instructing you to go to floor 21 and catch the only floor 22 lift. I suppose it would have been too difficult to put the sign outside the lift. Don’t you just love stupidity.

Mind you if you crack the lift system then at least floor 22 has free bagels, cakes and drinks from Panera Bread. Your reward.

Then wander down to the Florida History museum, yet another travesty of stupidity and lack of simple signs. Mind you it was a good museum and best of all free.

Well I don’t think we’ll be bothering with a bus tour around. Not exactly a great place to visit. A distinctly stupid lack of signage and confusion. 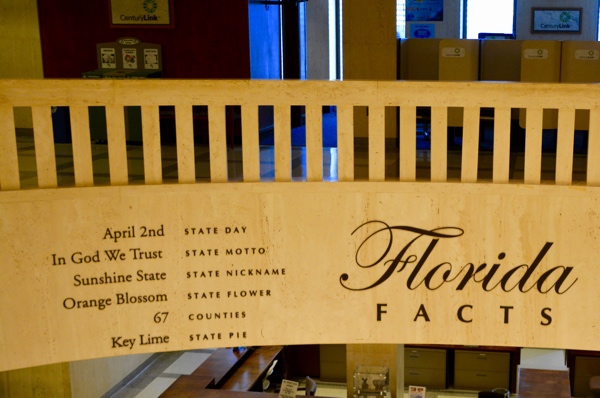 Tallahassee – what sort of state bothers to have a state pie. Key Lime if you’re interested.

Given all the great places we’ve visited I suppose you have to accept the occasional poor choice. No wonder there’s no Apple Store.

Our hotel room has two new desk lamps with the cellophane wrapping on and a warning to remove it before using. I seek out the desk clerk and point this out as a potential fire risk. He tells me maintenance must have forgot to remove it. He’ll get maintenance to remove it tomorrow. I point out that I’d rather not wake up dead in my bed tomorrow morning, burnt to a crisp. My possible demise might not focus him but the possible lawsuit for gross negligence might. He finally agrees to remove ours. When I ask him what about any others, he shrugs and says they’ll probably let him know and he’ll get the cleaners to check. Hmm…..

For this, the lack of any semblance of sensible signage and the stupidest lift system ever encountered, I’ve decided that I’m awarding Tallihassee the 2015 Award Of Merit For The Stupidest City.

Done some research on the various swipe and keyboard shortcuts. Wow what a productivity increase, although to be fair most of this is available on any iPad or even iPhone, but well worth the research. 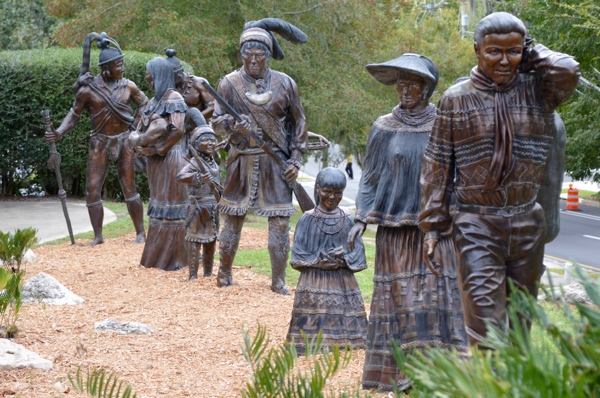 Do my eyes deceive me. Are we totally bereft of even a slither of common sense. I had no idea that so many of  these pond life’s had been allowed back in. From the Times today:

“Only three extremists are subject to anti-terrorism curfews and control measures in Britain, even though almost 400 people have returned from fighting violent jihad in Syria.”

Why have we allowed any of these barbarians back in? Oh I suppose the PC stormtroopers, the do gooder brigade and the multiculturalist liberal ding bats are arguing these poor mites made a mistake, and have seen the error of their ways – have they not heard of Taqiyya, it’s in the Quran, you can lie to infidels. Poppy cock. There are mistakes you make in life that you have to suffer the consequences.

Shoot them or send them back. You really couldn’t make this up.

Never mind the low risk option of letting in refugees in the hope that there will be some jihadi barbarians in amongst them. Let’s go the whole hog, why don’t we be done with it, just modify our immigration policy and allow in only jihadis with the bomb vest on. Poor things don’t have long to live, we should do the Christian thing, let them at least pop in and see their families for one last time. It’s just pots for rags

Wednesday – Warm, cloudy, rain and threat of a typhoon
Breakfast has to be the most pathetic encountered on this trip. No orange juice, no fruit, cheap tea and coffee, no service, all uninspiring, all served in a sterile and unwelcoming room that has probably been modelled on a Guatanamo Bay interrogation suite.

In view of Tallihassee being so boring and suffering from endemic stupidity throughout, we give any thoughts of a city tour a miss and set off along the coast road to Panama City. Take the scenic coastal route.

Arrive early at Sleep Inn. Check in and then have a drive around.

Panama City seems to be a Myrtle Beach on steroids. Glad we didn’t end up staying a whole week around here.

Subway for tea, one of my favourites.

Mirror, Mirror On The Wall

Is a report from 2014 on various countries health care systems. I’d always thought that France rated as the best in the World, but  pleasantly surprised to see that the UK ranks number 1. Well done to the National Health Service. Something we should be shouting about when we’re bemoaning all the problems. Sadly the USA comes out bottom of the developed nations. 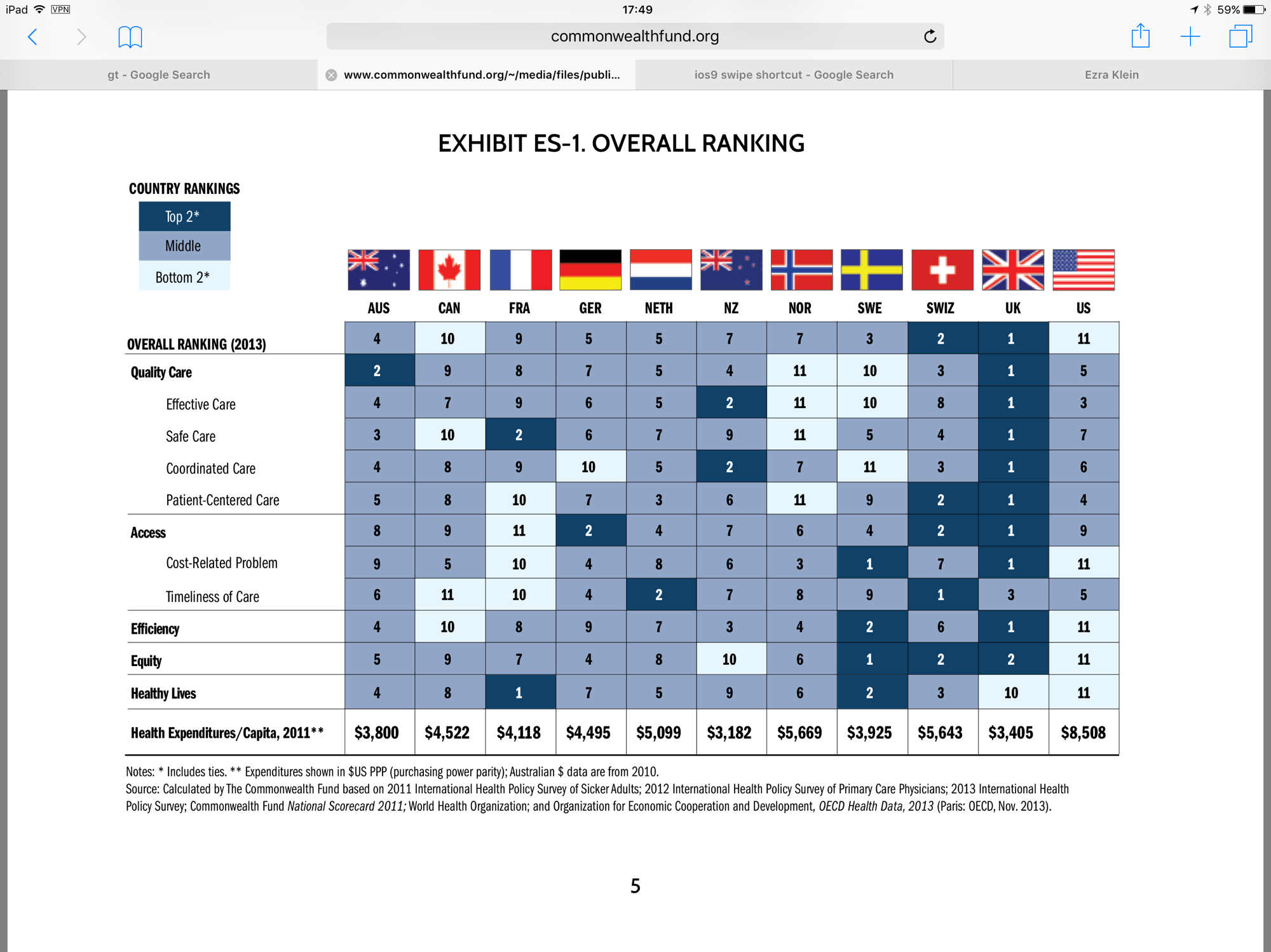