20151112 – Goodbye To Seabrook Island; Lap Topless, how to survive without a laptop.

Fitbit lady and I do the gym in the morning. Then after lunch we head up to Caw Caw nature reserve. To see some wild life and hopefully a few gators. What do we see, nothing but giant, dangly legged mosquitos big enough to feature in a scene from “The Birds”. 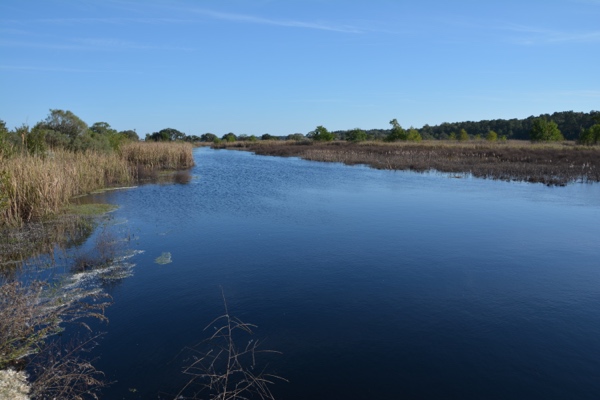 After a few wine less days I weaken. A Blackstone Zinfandel is just too luscious to resist. You know it’s a good job we’re poor and tight fisted, so only buy the under $10 wines. If the more expensive wines are so much better then I’d be permanently leggless.

As we drive off the island we have to go through this gorgeous living oak lined tunnel with swamps on either side. When the suns out its a lovely drive. Very rural, not many house but we certainly know we’re in the Bible Belt. Why? Well 22 churches in 12 rural miles has to be a clear indication.

Well having lashed out on the ipad pro on the hope that it can replace my MacBook, it’s time to go lap topless, cold turkey, and use only an iPad for the next week. Will I survive?

Start off by commissioning the iPad. Process hangs due to Tunnel Bear, but once I’ve figured that is the cause and deleted it everything goes smooth. Leave it to play with itself over night and awake to a mirror image of Wendy’s pink iPad complete with +15,000 photos.

As apples screwed up on keyboard ordering I’m having to manage without a keyboard so this is a really good test.

Initial problem is creating a PDFs from an email, something I do a lot to create an itinerary on our travels. A £5 app solves that problem – wow I’ve never spent that much on an app.

Find it impossible to download pictures from my camera so will eventually need a £20 SD card reader, if this is to do the job.

Finish my blog off on iPad. Pretty fast but cursor positioning and cut, copy and paste requires some sharp fingered dexterity. Just about survive without resorting back to MacBook. On screen keyboard seems ok.

Time to re-install Tunnel bear to see how it copes with the dreaded BBC iPlayer and Apple TV.

https://youtube.com/watch?v=yfE-Pbxk1B0
Rant of the day

A Conservative minister was criticised yesterday after she suggested that some low-income families simply needed to “go without” luxuries such as paid-for TV to deal with financial pressures.
Why is it offensive to suggest that people who are supporting themselves should not have to pay for the satelite TV and other luxuries of someone who isn’t supporting themselves? What in FSM name is wrong with cutting your cloth to your means and standing on your own 2 feet? I’ve no problem with anyone who has fell on hard times and needs some help, but it’s not there for luxuries and certainly not a lifestyle choice.
Friday – hot and sunny.

Time to clean up and get packed ready for our next adventure, a 5 day road trip around the Florida Pan Handle.

Wendy wants me from under her feet while she cleans. I’m devastated so commiserate by going to the gym.

Nearly forgot my Topless fast and picked up the MacBook, but remembered as I went to open the lid. 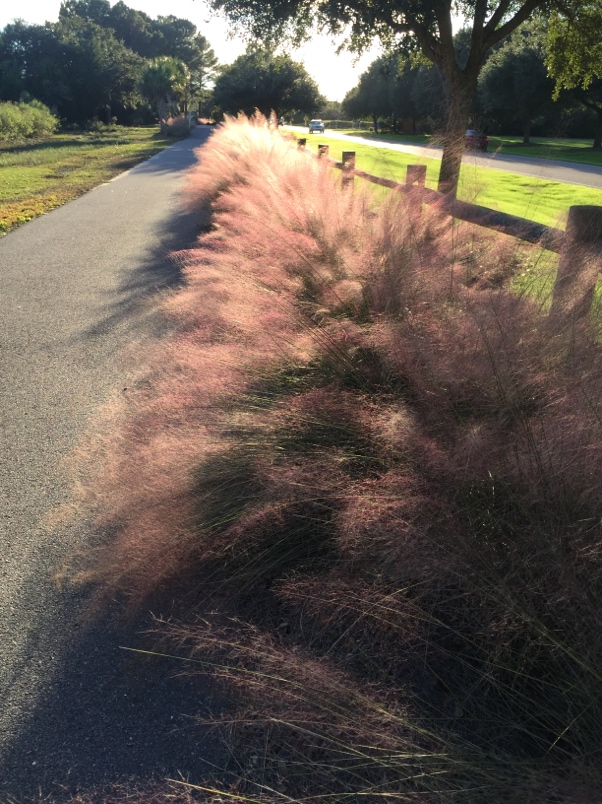 Really like the bigger, on screen keyboard. Helps for those of us who are not prepared to sharpen their fingers every day. Find I’m noticing the pop up words even more. Need to utilise these even more, but what I really need to use is the dictation facilities. I’ve never been really comfortable just dictating, my secretary had a real easy life with me. The voice recognition software is pretty good these days.

Also started to be more aware of Apps. Perhaps a few small investments can really help with the Topless transition.

I’ve been looking for a decent WYSIWYG blogging tool for years. Currently I do it all in HTML. It’s the nerd in me, and the lack of a good tool, but have just come across Blog Pro. May give it a £5.99 try.

Drive up to Charleston airport to pick the hertz mobile up and drop off the tank for John, who’s flying in later today. Then it’s off down to Jacksonville, Florida – our 8th state on this trip. About 220 miles, 4 hours, interstate most of the way.

Get to our Comfort suite near Jackson airport and plan our next day in Jacksonville  Well try to, but there doesn’t seem owt worth doing. Not even a city tour. Never mind we’ll drive down to our next stop, St Augustine, and have some extra time exploring that.

Hotels very comfy and includes a suite with settee, a free points night.

Buy your car from a vending machine:

Neat. No arrogant sleazy salesman. No haggling on price. No running off to ask his dad on price.

Save $2,000. The ultimate in disruptive technology.

Tried to walk to the restaurant tonight. It was just across the road, but without much luck. No way to cross those 6 lanes without either a jet pack or a pair of Wings.

Chicken & sausage gumbo followed by shrimp & grits. Well I think having finally tried grits, wandering around with a cup of coffee in my hand and driving the 200 yards to the restaurant rather than walking  must finally qualify me for a green card. Wendy has the meatloaf. Two brick sized meatloafs, big enough to act as door stops.

Surviving pretty well on the iPad and so far have not lost the will to live. Although finding Blog Pro a challenge with formatting, cut and paste, positioning etc. I suspect a lot of this may be due to me using my HTML template mixed with WYSIWYG entry. When I start the next post I think I’ll go for generating a template using only Blog Pro with no raw HTML or CSS styling. 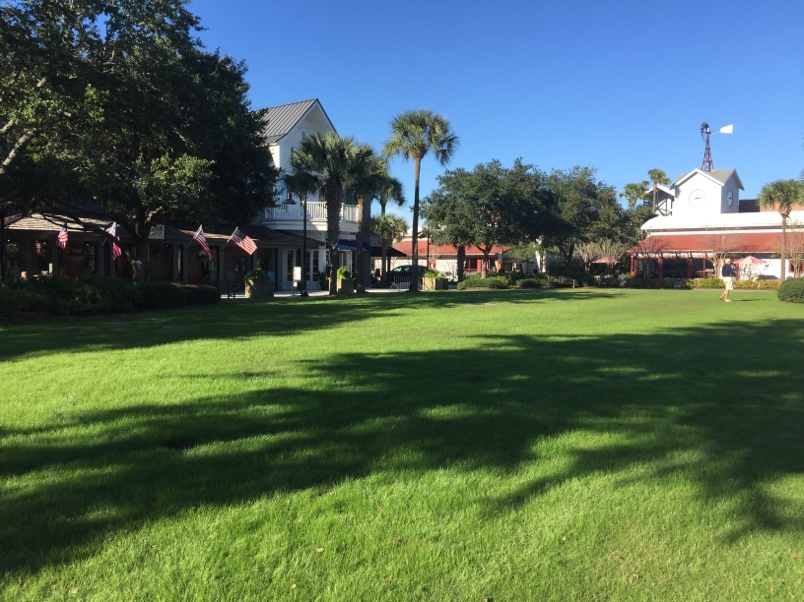 Well the Jihadis have been at it over night with the senseless slaughter of 150 in Paris. Sadly something I think we’ll be seeing more of, especially in Britain, merely a matter of time. There’s all the usual do gooder hullabaloo about not blaming Islam, moderate Muslims etc. But are these so called moderate Muslims screaming from the minarets and decrying ISIS etc? Take the trouble to read the Quran, with all 109 passages of violence, and a biography of Muhameds life to understand better the violence endemic in this barbaric ideology. Understand how they treat women and the punishment for apostasy is being stoned to death, perhaps then we can understand why the so called “moderate Muslims”, and especially women, keep their gobs shut rather than risk it.

Remember “The only thing necessary for the triumph of evil is for good men to do nothing” or women.

Of course there are good Muslims, it was my pleasure to work with some of them, but don’t ever forget their religion is not just a religion but a total anti-democratic political ideology. We really need to wake up and smell the coffee. It’s almost too late. I truly fear my grandchildren will end up under the barbaric 7th century Sharia law unless we start to resist the ever creeping influence of Islam and the sacrifice of our culture at the alter of multiculurism. The other danger of course is a fascist led backlash against Muslims. Remember Germany and don’t think for one moment it couldn’t happen in the UK. All it will take, in any country, is a few Paris style atrocities for a dangerous backlash.

Cameron is right when he says this is the biggest problem of the century. How will we tread that narrow path of defeating creeping Islamisation, sacrificing our culture and loosing democracy without a dangerous nazi styled backlash against Muslims.
This entry was posted in Uncategorized. Bookmark the permalink.