Posted on November 8, 2015 by admin
Thursday – hot and overcast. 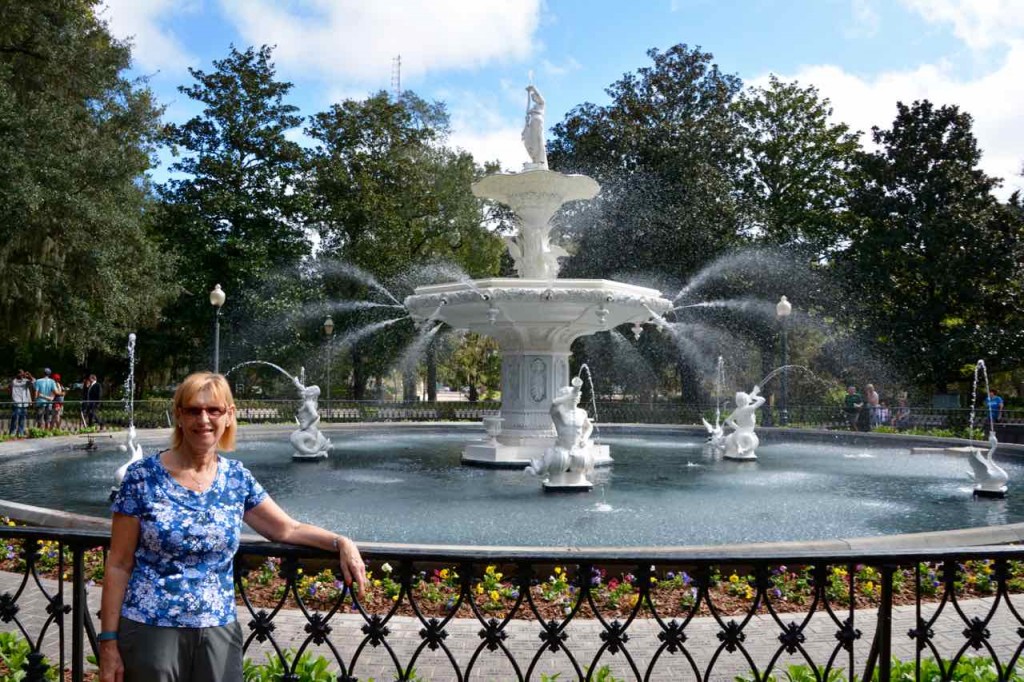 Drive up to Savannah for a couple of days.

Straight to the visitors centre. Pick up a hop on and off trolley tour. One of the best tours ever. Great guide and such an awesome city. They’ve done a great job of keeping a historic quarter based around the old squares. Dates back to the 1700’s, so most Americans get orgasmic about it. 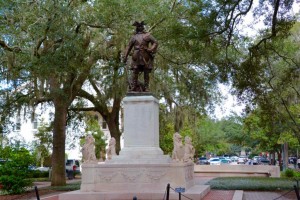 Savannah’s recorded history begins in 1733. That’s the year General James Oglethorpe and the 120 passengers of the good ship “Anne” landed on a bluff high along the Savannah River in February. Oglethorpe named the 13th and final American colony “Georgia” after England’s King George II.


Have a pleasant stroll down the river front, but a tad seedy compared to the rest. Finally find somewhere for Wendy to have lunch, which is no mean feat. It has to meet exacting criteria, portions not too big; a sandwich or a soup; no formal lunch; if they don’t know what the soup of the day is, a sure sign of a crap establishment; plenty of people eating there; not too dark, seedy or dirty; no high stools, we don’t want nose bleeds or vertigo. My criteria, thankfully, are somewhat simpler – do you serve coffee?

Then it’s back on the trolley for the rest of the tour and a walk around the Market. 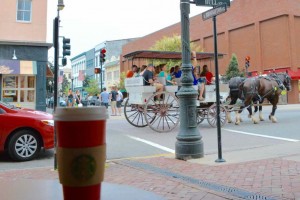 Afternoon tea in Savannah outside Starbucks. Well Earl Grey for the Fitbit lady and a free Jamaica Blue Mountain for the nerd. Reputed to be the best coffee in the World, with the exception of Kopi luwakk or civet coffee that includes part-digested coffee cherries eaten and then crapped out by the Asian palm civet bird.

Lovely relaxing city and fortunately it’s overcast so not too hot and humid.

Stop in a Comfort Suite for the night. In the evening we go out for dinner, right next to our hotel.

So why am in Cracker Barrel? Of course. It’s so obvious now you’ve pointed it out. I suppose my innate sense of modesty must have precluded my realising it. I’m just the perfect husband. Aren’t you so lucky being married to me? 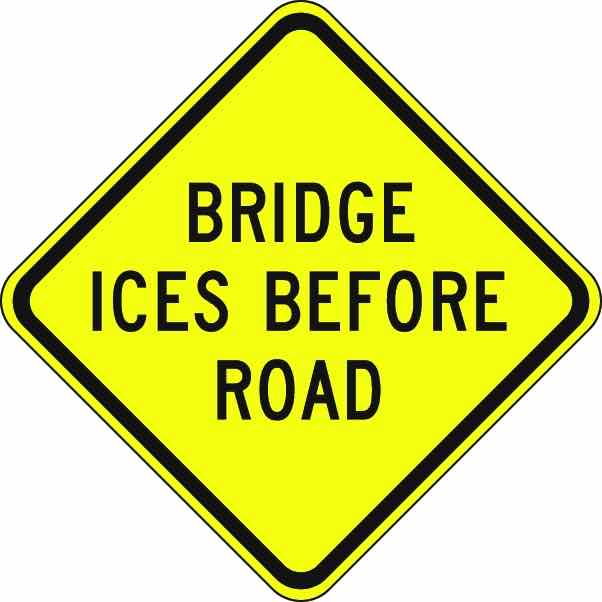 What is this American obsession with road signs. Here we are in one of hottest parts of America with hardly any winter and yet I am constantly being warned, twice before each bridge, that they ice over before the road.

Then we have the frequent Hurricane info signs, so frequent you start to fear that they’re a daily occurrence and any moment you’ll be swept off the highway.

In case I suddenly have an urge to picnic or camp on the median I’m warned to “Keep Off The Median”. As it’s protected by a crash barrier and I don’t have wings, how the hell am I expected to get on it.

I suppose the award of Merit must go to the “One Way” signs, posted at every intersection or median crossover. Not just one of them, but two, one on each side of the road. Then followed up a 100 feet later by 2 “Wrong Way” signs just in case you’re a Brit hankering for your divine right to drive on the left, or were on a FaceTime call when you passed the first. Yes, that’s right 4 signs.

when I get home I’m signing up for a speed reading course.

But best of all is the sign “No Littering. $1,000 fine and prison”. Now that’s what I call retribution and how to deal with scrots, bring it on. 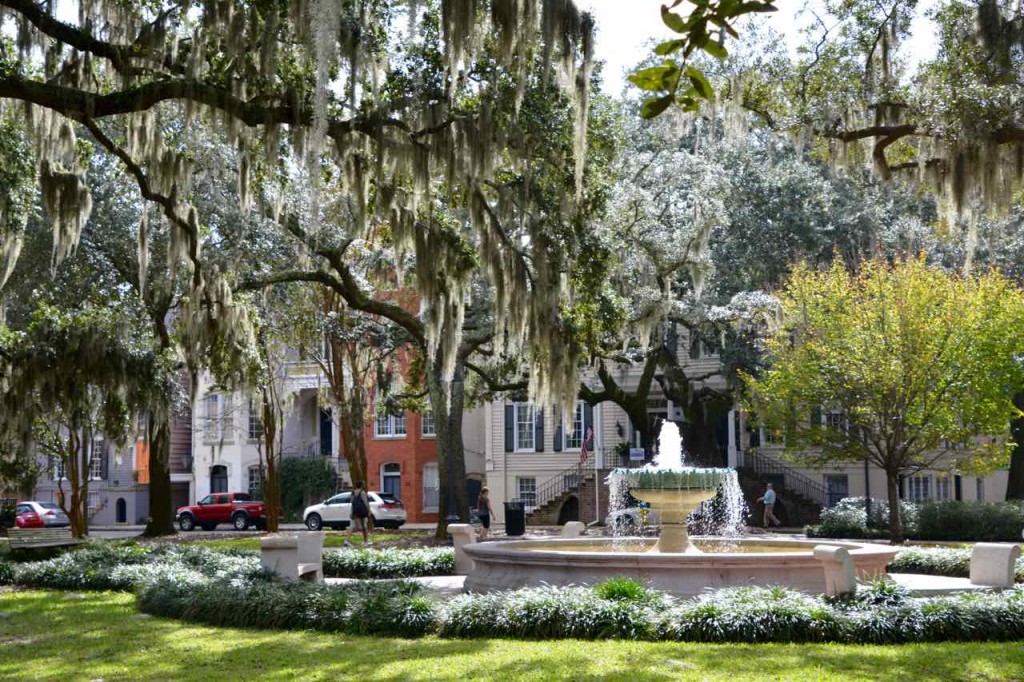 Yet another lovely square.

Wendy’s Fitbit lasted all of 1 day. Before giving up on her. Take it back to Target for a replacement. This time we go for the one without the Heart Rate monitor. She only choose that model for the colour but it seems the HR aspect has lots of problems.

Target being a French owned store ww were expecting typical French service, a rude sour faced shrug and gaelic dismissal, and fear that all their customer service personnel were sent to Paris for World Class rudeness training. But we have to quell our disparaging thoughts. Excellent service. No questions asked, money straight back on our card and with a smile and apology for the inconvenience.

Given such good service we buy the next model down from them as a replacement. 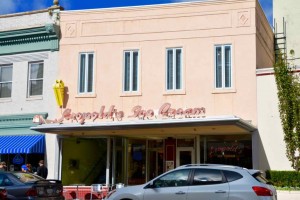 Then it’s back down to Savannah’s historic district. This time we’re going to walk the area. Visit most of the squares and see the World famous Forrest Gump site – sad isn’t it.

For the first time in years I have a formal lunch. Sat outside Leopolds famous ice-cream store, in the sun. Well it would be in the sun if it wasn’t for these dark shadows constantly causing a total eclipse. Is it a cloud, is it an eclipse, is it a dirigible? No its a perambulating giant heap of adipose tissue, a lummox, or better known as a blobby. This place is a lummox magnet, over 60% of the clientele must have escaped from the clinically obese hall of fame, and they’re queueing out to the door. Poor Wendy risks being crushed between belly and buttocks in that queue. And what did I have for my lunch? An excellent coconut ice cream – how’s that for living. 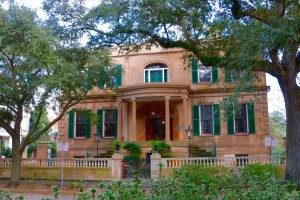 Then visit the Owen Thomas house and take the tour of the house and slave quarters. One of the best homes in the area. Built in 1819 by an English architect. Allegedly the first home in America to have running water, flush toilets and even a shower.

After 5 hours in the gruelling humidity and sun we head back home to Seabrook Island. Really enjoyed all of Savannah. Well worth the +2 hour drive. 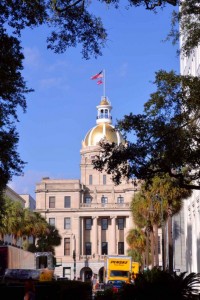 That’s it I’m flying El Al wherever possible – only round trips to Israel from now on. The safest airline in the world. Why?At its main hub near Tel Aviv hold bags are put through a decompression chamber that simulates the atmospheric pressure changes that can set off bombs in flight (stand well back). And on each flight it has armed air marshals masquerading as ordinary passengers.

But the main difference between its policy and the rest of the loony PC World is that El Al practises so-called profiling of passengers. Put bluntly, it subjects Muslim passengers to far more stringent security checks than it does Jewish or Christian ones. Yeah, there’s one for common sense. This is something that for political reasons is simply not contemplated by American or British authorities.

In 2010 the then chairman of BA, Martin Broughton, railed unavailingly at what he called “completely redundant” checks demanded by America and followed unquestioningly by the British. Our airports had brought in scanners that meant it would no longer be necessary for passengers to take out their laptop computers for separate scrutiny. But even so, under US pressure, this procedure was and is still insisted upon. 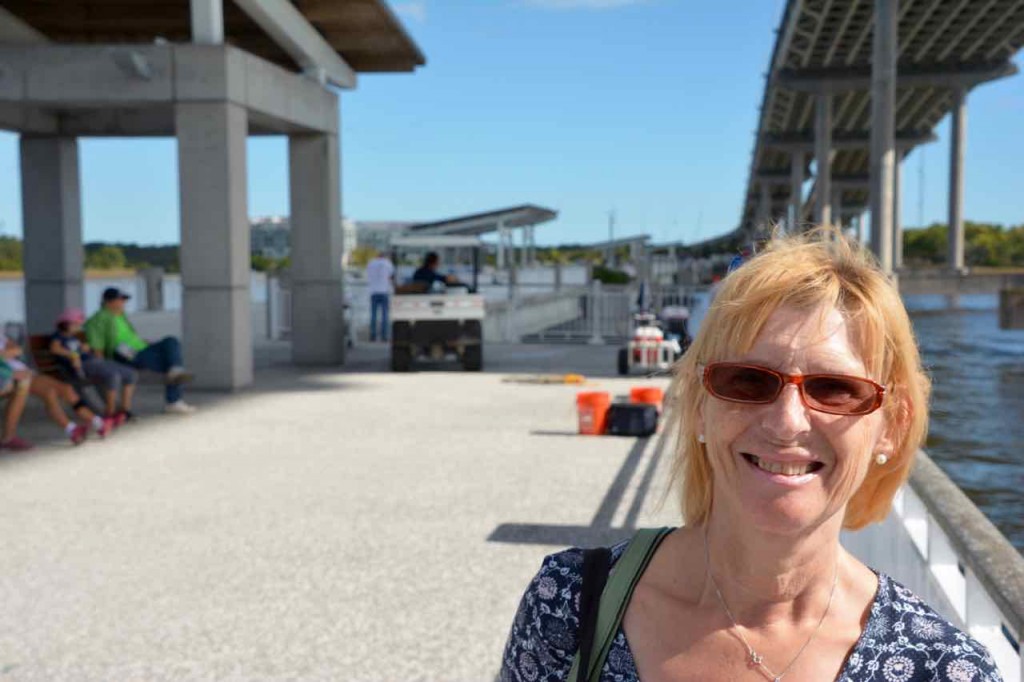 Wendy on the pier at Mount Pleasant.

Off down to Mount Pleasant. Visit the Pier and park and have yet another lavish lunch.

Interesting talk from a black lady whose Sweetgrass Baskets are World famous and on display in the Smithsonian. Tells us about the history of these baskets. She shows us how it’s done and tells us how it has been passed down from her Grandma and through the family.

The Gullah tradition of creating coiled grass baskets is a craft that has been handed down from generation to generation. Instead of weaving the baskets, a needle made from a spoon handle, bone or nail is used to sew natural materials together. The most commonly used materials are sweetgrass, palmetto leaves, longleaf pine needles and a marsh grass called black rush.

“Fannah” or fanner baskets made this way were used to process rice on the plantations. A person would fan rice by tossing it in the air to separate the chaff from the hull. West Africans still use these large, round, shallow baskets when farming rice the old way.

Take a drive down the barrier islands of Mount Pleasant.

Then have a drive down US17 to examine a few of the Sweetgrass Baskets. Try to find a reasonably priced and well made Elephant Ear basket. Not much luck. 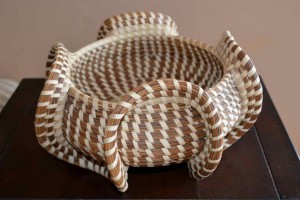 Finally get to the Mall so Wendy can yet again immerse herself in Bath & Bodyworks. Only way to cope with that is a coffee in the illegitimate Starbucks in Barnes & Noble.

For me I end a good day with a short trip to the gym, followed by a rather excellent Red Zinfandel.

Another good one from Pat Condell: 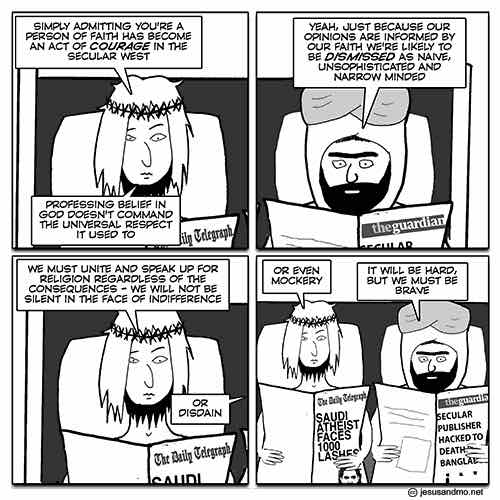