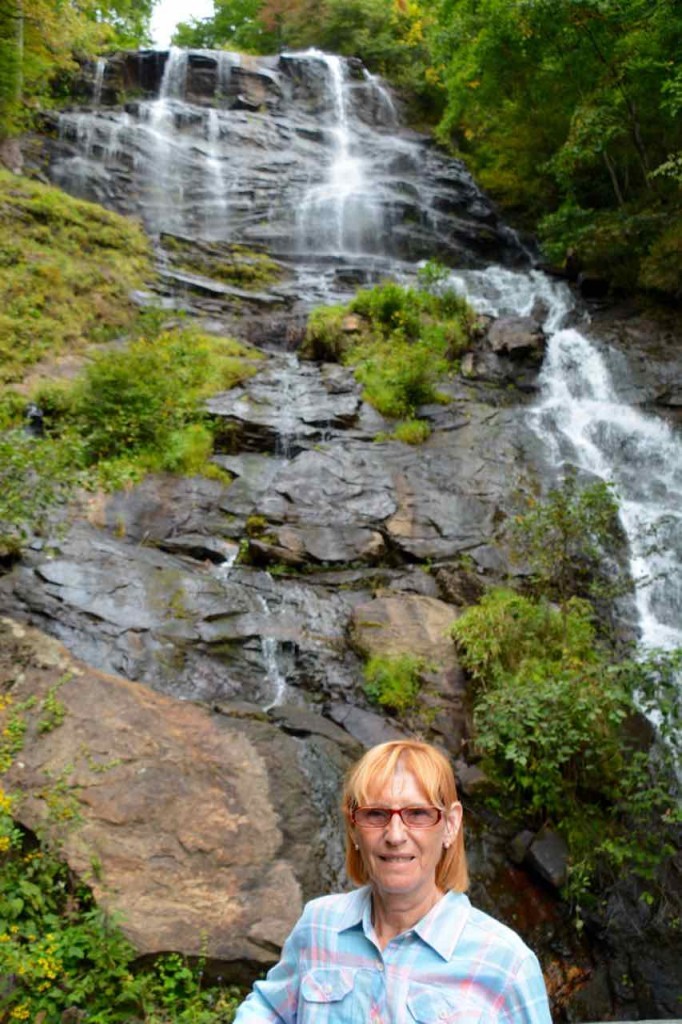 Up early and out to the Amicalola Falls state park. The highest waterfalls East of the Mississippi – yet another biggest and best. The weathers perfect not to hot. Have a pleasant stroll around the falls, up and down the 175 steps. Then walk up to the lodge for coffee and some awesome views over a few more trees. Wendy passes on a very reasonably priced buffet lunch – too much to eat. 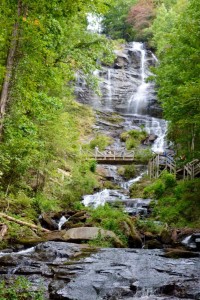 Stop at Burts farm. Pumpkins as far as the eye can see. Giant ones that need a wheel barrow – provided – to carry one.

Call in at one of the Orchard shops. Pass on pick your own fruit but try the fried apple and peach pies. They’re delicious, calorie and cholesterol specials, but deep fried Oreos are still the tops so far. 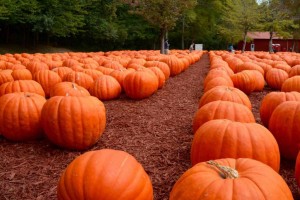 Pumpkins for Halloween. Only £40 each.

Yet again I’m in a place with dodgy Internet. The bane of my nerdy life. Isn’t it about time that the UN mounted an all out effort to make free and speedy Internet access universally available and a human right violation if it’s not. It’s up and down like a praying muslim. No BBC iPlayer, no Netflix, no Prison Break – fortunately only 13 episodes of interminable bad luck and subsequent cliff hangers to go before we escape it. We man up and survive the evening without resorting to watching American TV.

Don’t you just love the “law of unintended consequences”. 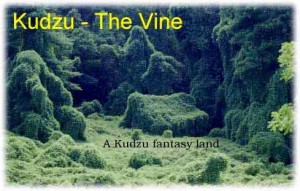 This is what happens to you in Georgia if you stand still for too long.

The vine Kudzu was introduced to the United States as an ornamental bush and an effortless and efficient shade producer at the Philadelphia Continental Exposition in 1876. In the 1930s and ’40s, it was rebranded as a way for farmers to stop soil erosion. Southern farmers were given about eight dollars an acre to sow topsoil with this invasive vine. Now the dam thing seems to be throttling Georgia.

Kudzu’s environmental and ecological damage results from acting through “interference competition”, meaning it outcompetes other species for a resource. Kudzu competes with native flora for light, and acts to block their access to this vital resource by growing over them and shading them with its leaves. Native plants may then die as a result.

Fascinating programme on Horizon about Quantum Evolution. Did you know that the robin navigates by quantum entangled electrons – incredible, or as Einstein said “spooky”.

Brabble
Meaning: To argue loudly about something inconsequential.
Origin: 1530s
As in: I can’t stand Question Time, it always descends into brabbling. 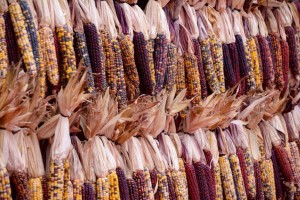 Corn on the cob American style.

I see the the left and their lovvies have been falling over each other in their rush to join the Corbyn carnival of jesters and chuckle heads. Turns out he’s a vegan. Am I surprised? You could almost guarantee it. But best of all he’s put a raving feminist vegan nazi in as shadow farming minister. She advocates treating meat eaters like smokers with a tax on meat. She doesn’t eat meat or dairy and she’s there for farmers! You really couldn’t find a comedy script writer capable of dreaming up such nonsense.

Soon we’ll have a new word in the English language. Corbynism – the mindless following of communist, loony left wing policies with zero common sense, completely out of touch with the electorate, reality and financial sense.

Friday – more rain than in Blackburn. 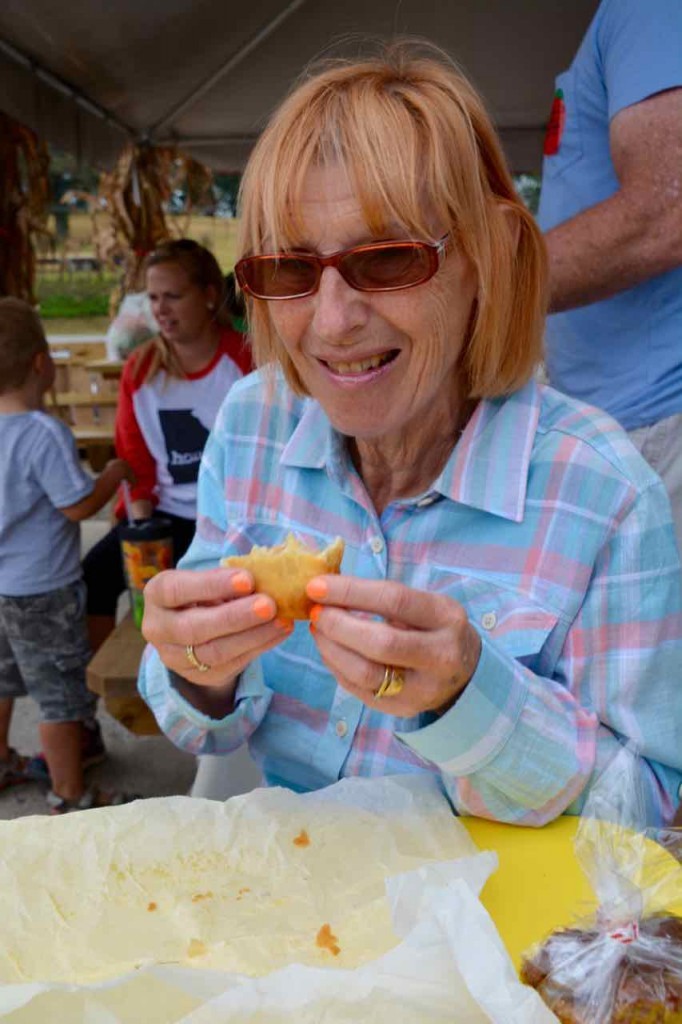 I’ll just polish off the rest of this fried peach pie. Delicious.

Rain all day so we knuckle down and have a lazy day in. For a laugh, to raise my blood pressure and to see how the crazies of the World are going on, I have a browse of the daily blood boiler. Yes it’s as crazy as ever out there.

Beef-witted
Meaning: Stupid, imbecilic.
Origin: 1590s
As in: Big Brother is a TV show for the terminally beef-witted.

I just love this. Sums up the IT industry and the password hell we encounter daily: 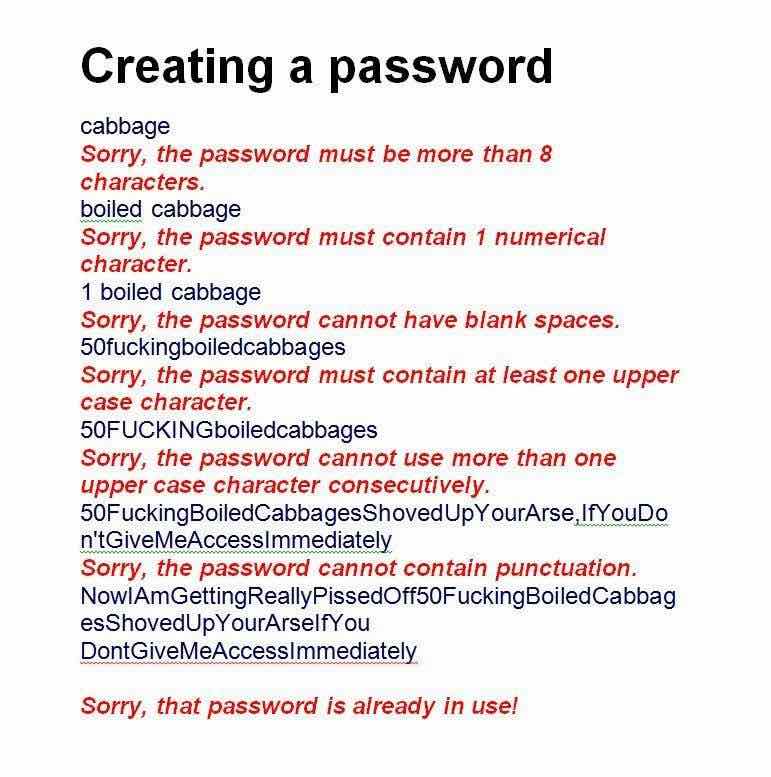 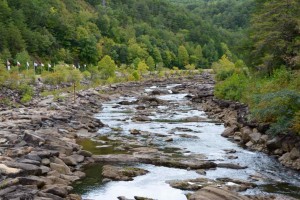 A congressman stole the water glass Pope Francis was drinking out of during his address at the White House. Representative Bob Brady, a devout Catholic and Democrat from Pennsylvania immediately made his way to the podium after Pope Francis finished speaking and grabbed the glass that was still filled with water. He then drank the water, gave some of the water to his wife Debra, and saved the rest for his grandchildren.

How unhygienic. Only in America, well perhaps not, after all he is a politician. Would you really want this knuckle head as your representative. 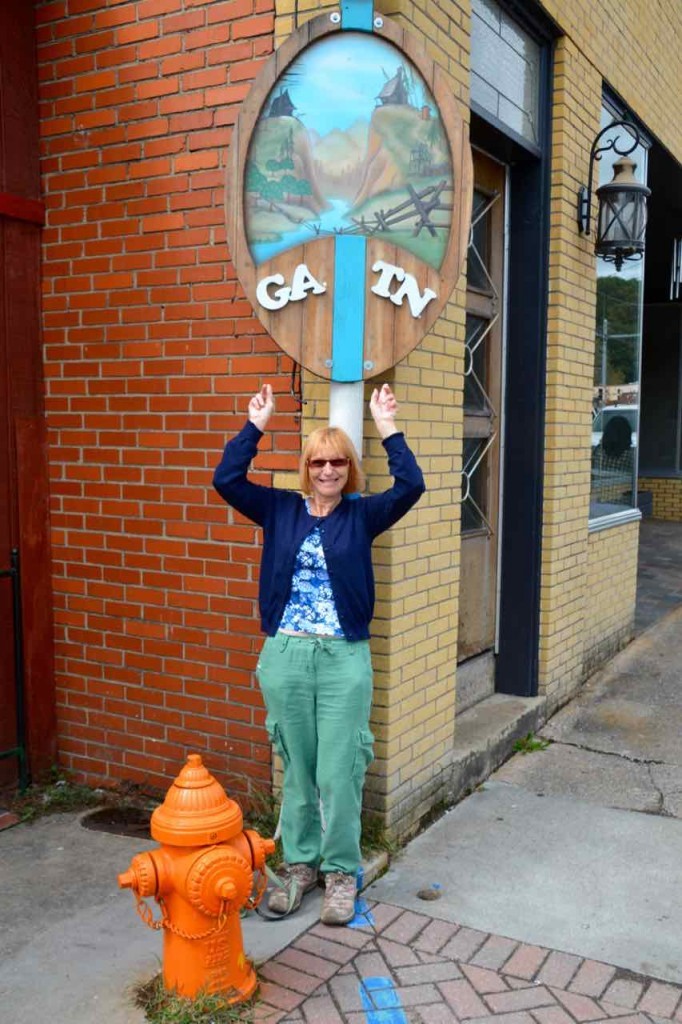 On the left you can hardly understand them, on the right they might as well be speaking in tongues.

Drive up to the Ocoee Whitewater Center, scene of the 1996 Olympic canoe slalom. Lovely setting and a pleasant walk around, but alas no white water, merely a dribble flowing down the course. Apparently they dam the water up and only release it on selected days to create a white water paradise. Today wasn’t one of those days. 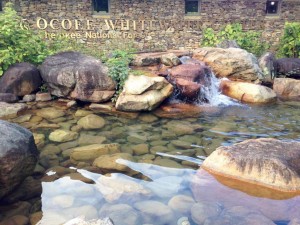 Have a brief stop in McCaysville, Tennessee. Well we’ve not understood much for the past 3 weeks in Georgia, but by comparison the drawl in Tennessee makes Georgia seem like they’re all speaking the queens English. They might as well be speaking Serbo Croat. Places main claim to fame seems to be a Gun & Drug store, you can buy a superb automatic killing machine, along with a first aid kit and antibiotics to help the wounded. Only in America. Aside from more junk and antique shops than woodworm in a 16th century coffin, it’s other claim to fame is that it’s on the Georgia / Tennessee border and like a devoted, camera toting, Japanese tourist you can have your photo taken straggling two states. Wow! 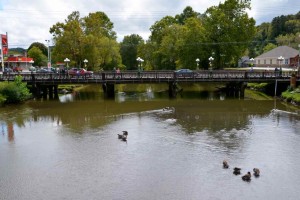 Call at Mercier Orchards on the way back. Judging by the crowds, I can only assume they must be giving it all away free. They’re all there, queuing to throw their money away. It’s a jollux’s magnet and paradise. Every kind of fried pie you can imagine, but alas no fried Oreos. Instead of the normal 30% obesity rate in America, this place excels with at least a +60% obesity rate. You can’t move for waddling adipose tissue bellies slapping you around.

And finally to end the day, a quick nip in the supermarket – never a quickie with Wendy. 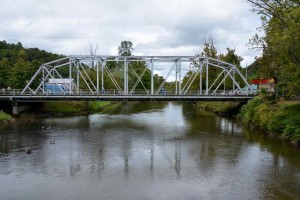 Well I quite like the idea of a packer in the supermarkets, saves me standing around with both hands in my pockets or picking my nose, in order to avoid packing. I only ever did the packing once and got treated like a 4 year old whose brain had dropped out on the pavement for putting the wrong things together in the wrong bag – seems like there’s some secret high order feminine fetish algorithm which dictates these things. But, I do find it somewhat insulting when they offer to push the trolley out for you. Yes, I’m hobbling on me walking poles, but we’re still mobile enough to push a trolley. Plus, being America, I’m sure they’ll expect a tip.

Fuzzle
Meaning: To make drunk, intoxicate.
Origin: 1910s
As in: It’s never a good idea to drive while fuzzled. 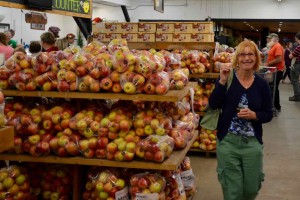 If You Encounter a Black Bear…

Remain calm and avoid sudden movements. I suppose this means I’ll have to put my iPhone away.

Give the bear plenty of room, allowing it to continue its activities undisturbed. Think strictly come dancing.

If you see a bear but the bear doesn’t see you, detour quickly and quietly. Get your iPhone out and do a selfie with the bear in the background. 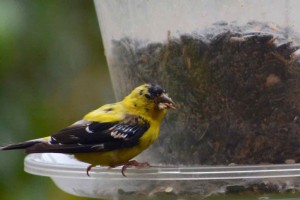 Eating us out of house and home.

If a bear spots you, try to get its attention while it is still farther away. You want it to know you’re human so talk in a normal voice and waive your arms. Perhaps you should read it one of Shakespeare’s sonnets.

Remember that a standing bear is not always a sign of aggression. Many times, bears will stand to get a better view.

Throw something onto the ground (like your camera or a young child) if the bear pursues you, as it may be distracted by this.

Never feed or throw food to a bear.

If a Bear Charges…

Remember that many bears charge as a bluff. They may run, then veer off or stop abruptly. Stand your ground until the bear stops, then slowly back away. You hope. 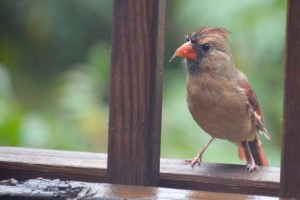 Never run from a bear! Unless of course you’re with someone who cannot run as fast as you.

Don’t run towards or climb a tree – especially if you’ve not had working at height training. Black bears can climb trees.

If you have pepper spray, be sure that you have trained with it – if not stop and read the manual – before using it during an attack.

If a Black Bear Attacks…

Be loud, waive your arms, and stand your ground. If you have young children pinch them to make them scream and bawl.

Fight back! Be aggressive and use any object you have.

Wow it seems that Mark Zuckerberg (if you don’t know who he is tough) and Bill Gates (and if you don’t know who he is become a nerd) must be reading my blog, as they kicked off a campaign to make Internet access universal, saying this was critical to fulfilling the United Nations’ newly adopted agenda to combat global ills. Sadly speed and latency were not mentioned, but it’s a start.

Calling for efforts to ensure Internet access for everyone globally by 2020, Zuckerberg said Internet connections are a dynamic tool for sharing knowledge, creating opportunities, lifting communities out of poverty and promoting peace. 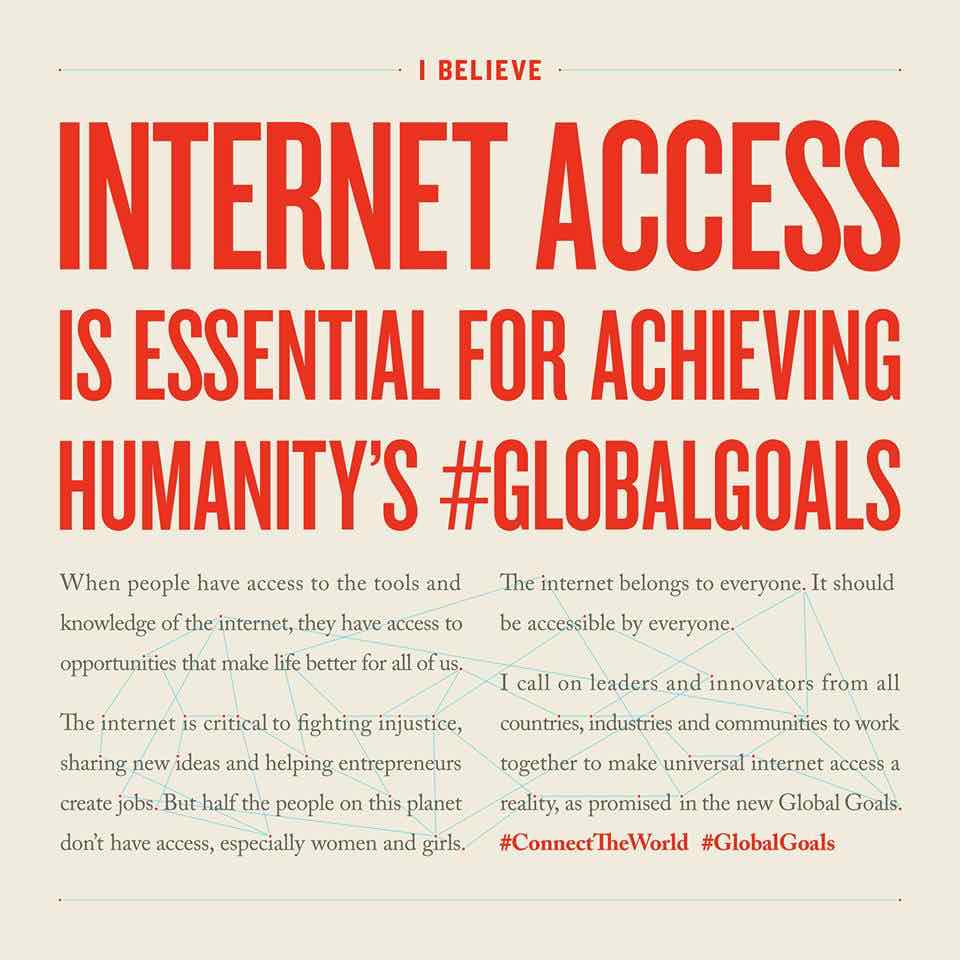 You just know it makes sense.