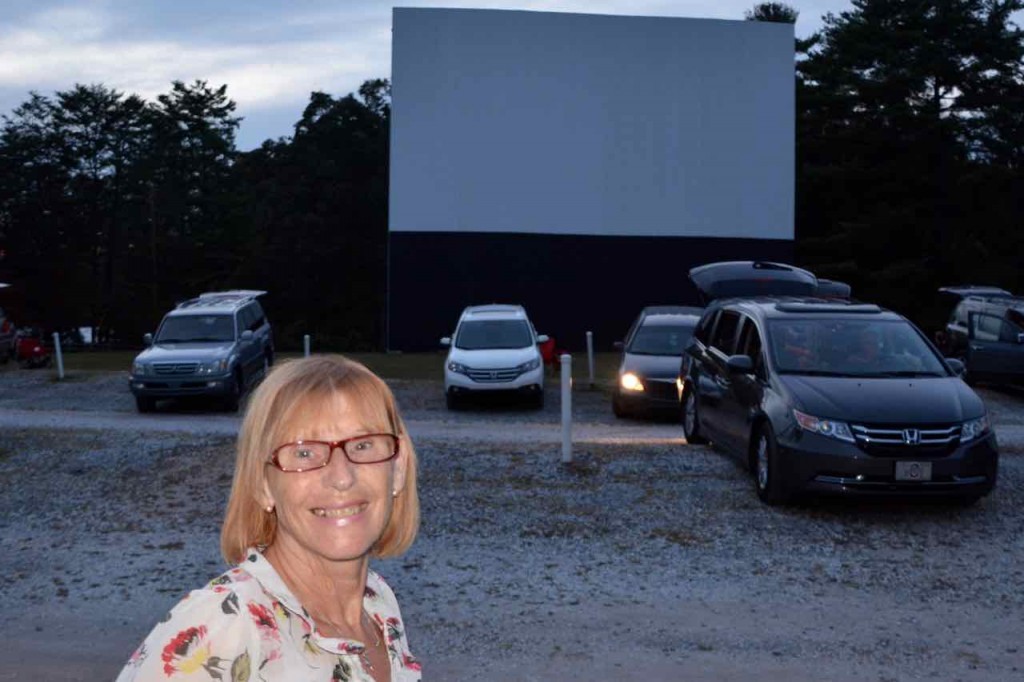 Yet another minor step forward with the gamy leg. I can now step into a car normally. 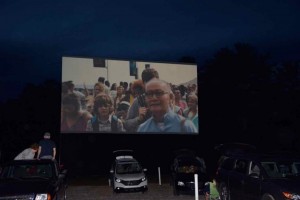 Drive down to Blue Ridge lake for a stroll along the lake. Then go down to the marina. Check out the price of kayak hire. “No we don’t hire kayaks”. Well can I rent a kayak, “Oh yes”. What have they done to the English language?

We have to put the bird feeders away each night, otherwise Ma bear will come onto the deck and eat it, wrecking the feeder in the process. Dustbins are kept in a locked box. The joys of mountain living. 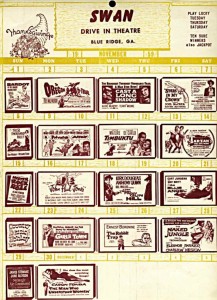 I thought these log cabins would be horrendously expensive. Just seen a 3 bedroom, 3 bathroom, 2,500 square feet with decks etc, in the trees all for about £200k. What a bargain.

In the evening we go to a drive in movie, an all American experience dating back to the 1950’s. It’s one of the few drive ins left in Georgia. A really neat experience, very comfy, stereo sound via the FM radio. Really enjoyed it, especially the deep fried Oreos.

Groak
Meaning: To silently watch someone while they are eating, hoping to be invited to join them.
Origin: Unknown
As in: It’s hard to enjoy your meal when the guy opposite is groaking you the whole time. 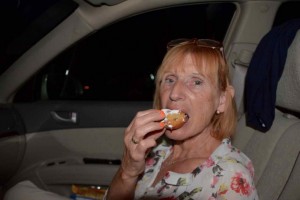 If everything is coming your way, you’re in the wrong lane!

If rabbits’ feet are so lucky, what happened to the rabbit?

If the Lord had meant us to fly, He would have given us aluminum skin.

It’s colder than a mother-in-law’s love.

Ain’t no point in beatin’ a dead horse…’course, can’t hurt none either.

Excuses are like backsides. Everybody’s got one and they all stink. 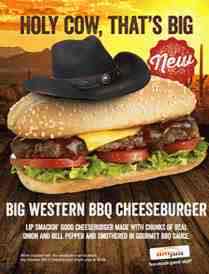 Looks good to me.

Now the hindus are suffering from hinduphobia, they’re all at it.

A current promotional offer at “ampm” stores links a cheeseburger with “Holy Cow” and upset Hindus are calling it inappropriate and urging the immediate withdrawal of concerned posters. 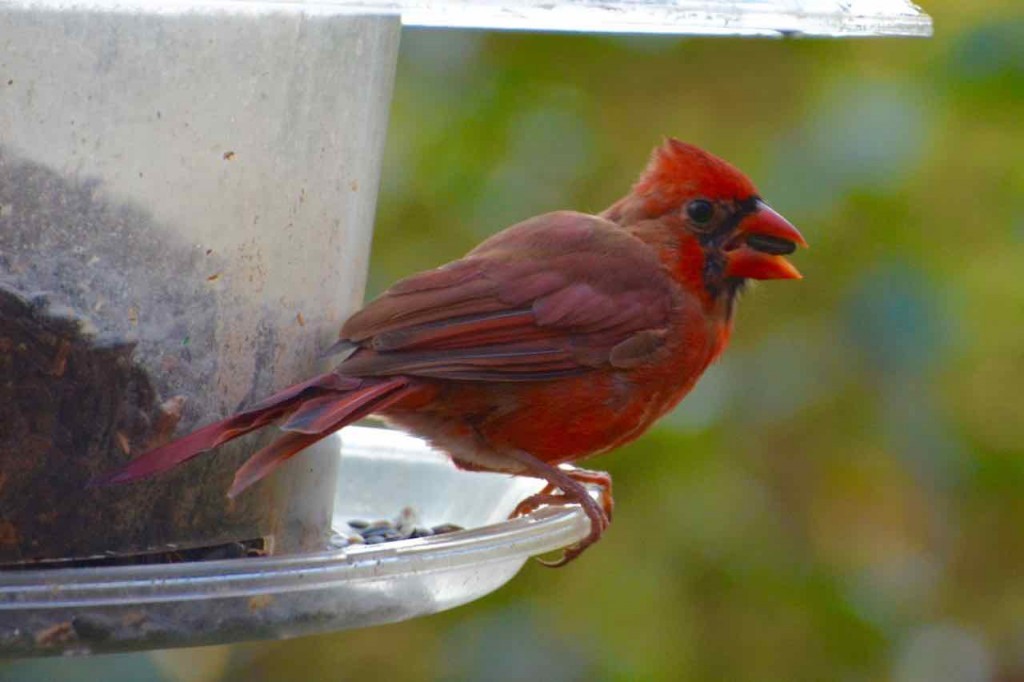 Him and his mates are costing us a fortune in bird food.

In the afternoon Wendy gets her supermarket fix, I have to while away the time at Starbucks.

Here we are in the back of beyond. Down a dirt track. I don’t think the nearest neighbours are even aware that the civil war is over. There are more bears than cars and yet the road here has 5 sleeping policemen / speed bumps to slow you down. Now like most things American these speed bumps are whoppers, you get whiplash going over them even at a snails pace. Why do they need them? 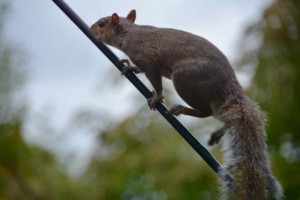 I will get to that bird seed.

Well done Kurt on passing your driving test in a manual / stick shift.

What a pity these manual / stick shifts still exist. Who knows, perhaps one day the UK will come to it senses and go automatic. Yes, I know it’s “not macho to drive an automatic”; “it wastes petrol”, I really doubt it; “you’re not in control”; “it takes the fun out of driving”, what fun, have you every driven on our gridlocked roads lately; and other spurious reasons from the macho drivers motoring club. But hey the Worlds moved on, we got rid of the man with the red flag; we don’t need to advance and retard the spark anymore; the manual chokes finally choked to death; no need to double de-clutch with a sychronous gear box. Role on the driverless car I say. Just think how many deaths and accidents it will save.

Gorgonize
Meaning: To have a paralyzing or mesmerizing effect on someone.
Origin: Early 17th century
As in: Don’t look into his eyes. He’s so charismatic, you’ll be gorgonized. 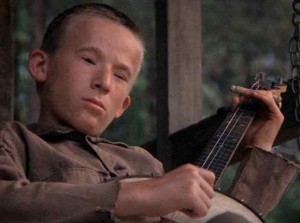 Driving down these back woods roads we’re keeping a wary eye out for him and his kinsmen.

I couldn’t quite decide whether this was a rant or a joke. Joke won.

I see from the local rag, The Fannin Focus, that loony religious zealot inspired Blue Laws are rife here in Blue Ridge. The local mayor is in deep bear dung for allowing attendees at the Blues & BBQ festival to walk the streets with alcohol cans and aluminium bottles (thank the FSM they weren’t glass) displaying labels of various beers.

Georgia State law prohibits alcohol to be within 300 feet of a church. Does this mean that Catholics have to go 301 feet outside the church when having their Sunday tipple? 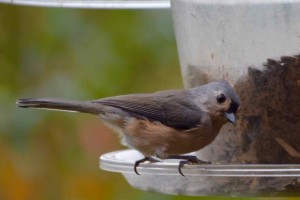 City ordinance states that for events alcohol is only allowed in confined areas and then in plain unmarked cups. Perhaps they should serve beer in the ubiquitous brown paper bags.

While we’re on the subject of brown paper bags it’s intrigued me why off licenses / liquor stores always try and put my booze in one.

Well apparently the answer lies in the USA’s 4th amendment, which protects the property of a person against unreasonable searches.

It is illegal in most states to possess an open container of booze:

On a public sidewalk,
In a parking lot,
On the front steps of your apartment building, or
In a parked car. Sounds like you’re ok drinking while actually driving. Unbelievable! I personally try and avoid it as I’m frightened I might spill some. The short answer is yes. As long as there are no local ordinances banning open containers in vehicles.

But if you’re carrying a drink in a brown bag that “may or may not” have alcohol in it, it would be a violation of your rights under the fourth amendment to search the bag.

A bit like “shrodingers cat”, the bottle in the bag could be alcohol or it might not be, but since the possibility exists that no law has been broken there is no cause to search the person and to do so would be a violation of their 4th amendment rights. 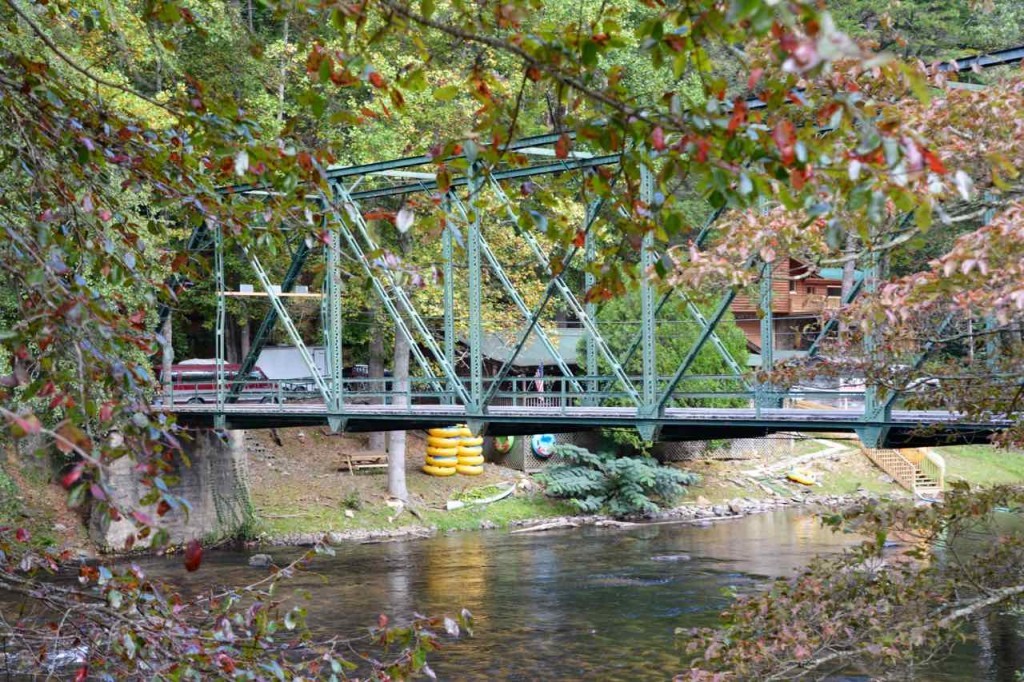 Divert on our drive down to Dahlonega. Quaint little touristy town. Claims to be the first American Gold rush, occurred here in 1828. Like all these places the marketing departments scratched around for some claim to fame, but sadly North Carolina beat them by 29 years with the first American gold rush of 1799. 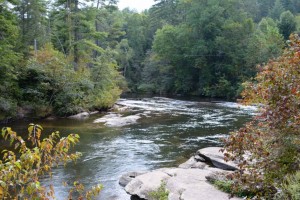 Drive back up to Blairesville for the farmer market. All 9 stalls of it.

Interesting drive. Very scenic and as the leaves turn to gold and red then it will be splendid. Slow windy roads and oh so many trees. We were on the road for 6 hours and most of that time driving.

Actually made me realise how well situated Belthorn is for significant tourist attractions. Within an hours drive we have so much diversity of scenery, history and places of interest. When you compare this with most of the places we’ve been to in America you start to appreciate what we have condensed into our small island. Having said that I’d still rather be over here. 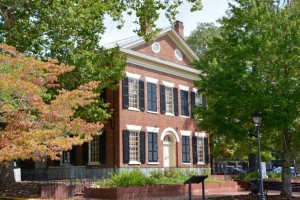 Anyone remember, in the good old days, the phrase: “Whale the tar out of you.” Don’t you just love such evocative phrases even if they would strike dread in you.

Twattle
Meaning: To gossip, or talk idly.
Origin: 1600s
As in: I wish you’d quit twattling and get on with your work. 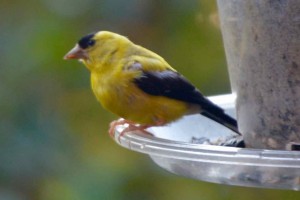 We decide to go on the Mountains & Countryside drive. Very nice printed copy on really expensive paper freely available from the Blue Ridge welcome centre. 1st instruction “Start at the intersection Hwy. 515 and Hwy. 5 (McDonalds on the corner). After 0.7 miles turn right….”. Now MacDonalds is at a 4 way junction, so depending upon which direction you’re coming fro you have 4 possible permutations. And so it goes on and gets even better. Common sense yet again rarer than a Taliban doing the washing up in bright yellow Marigolds. Personally I think these were written by the local divorce lawyer or trauma hospital. I am amazed there isn’t an advert for their services on the leaflet.

Anyone remember this guy, Dave Allen another awesome stand up comedian, with his rendition on my first contact with God.
Wednesday – hot and sunny. 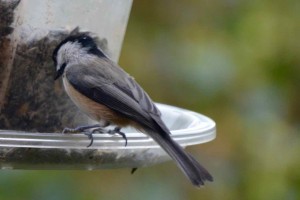 Another lazy day enjoying our surroundings. Pop out to the Amish store in the afternoon and the supermarket, but that’s about as tough as it gets for the day.

Cockalorum
Meaning: A little man with a high opinion of himself.
Origin: 1710s
As in: He’s a boastful shortarse. Total cockalorum.

This is why I have no respect for the misery and joke we call “Airport screening”:

The Transportation Security Administration (TSA) own review shows that its own airport screening process fails about 95% of the time.

TSA checkpoints failed 67 out of 70 times to detect mock explosives or banned weapons.

The TSA study shows that certain groups known to present a statistically higher risk than others should be selected for heightened pre-boarding screening more frequently – a frequency determined not just by age and gender, but also by ethnicity, religion and national origin.

Previously, the TSA has refused to even consider openly using this logical and established technique.

But the U.S. Supreme Court has ruled that factors such as race and ethnicity – much less religion, gender and age – can be used in making selections, provided that it serves a compelling governmental interest, and that it is not the only factor used.

If members of groups with a higher risk potential were singled out more frequently, everyone would benefit, including even members of those very groups. We would be more likely to stop potential terrorists and at a far lower cost, and even innocent young Muslim males would benefit because lines – and the waiting time on them – would be much shorter for everyone.

As the GAO has now shown, the TSA procedures, have little scientific validity, and apparently waste billions of taxpayer dollars while causing unnecessary delays and providing only marginally increased security.

Pat Condell – why suck up to Islam?


This entry was posted in Uncategorized. Bookmark the permalink.