Posted on September 6, 2015 by admin
Wednesday – overcast but dry.

Time to resurrect my blog. Since that fateful encounter with 3 moguls (the icy kind, not the Indian ones) I’ve not bothered with it. Despite all that time on my hands in hospital the medication was so mind numbing that typing any word more than 3 characters and I just nodded off. It was a nightmare. Why anyone would want to take drugs totally confounds me. 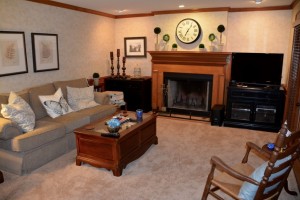 Then we have Facebook. What a waste of pixels that’s becoming.

As a reminder of my blog is colour coded:

Fancy a great start to your holiday. Not content with the queues / lines for security / boarding and the rest. Then why not book a Thomsons holiday. Join a mega queue, all the way down from terminal 1, to check in. At least an hour of your life in abject misery. Memo to self never go Thomson. 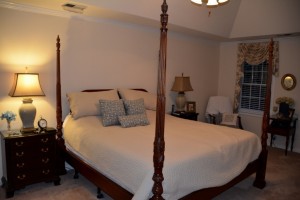 Ensconced in the airport lounge. All the screening palaver is over with. As a cripple with a single crutch we’re fast tracked through security only to be frisked, probed and have this magic wand waved all over me. Is it me zips or me piece of meccano that’s setting off the alarm. Then we scurry through the 2 miles the maze of duty free to get in – heaven forbid we should miss any shelf or department, or special offer, bugger the customer, marketing rules.

Y’all, we’re fixin to go down yonder to the Deep South, over the Mason Dixie line. May even pop in on Scarlett. Have my phrase book to hand and have completed a teach yourself American course. May need an interpreter / guide. Wendy’s packed teabags, kitchen sink but alas no Heinz baked beans.

My ears are hurting. Can someone please explain to this women that her mobile does the job and she doesn’t need to shout so loud that they can hear her 30 miles away. If she’s on our flight we’re doomed, her voice will shake the wings off.

Save my ears. Goby and her coterie of lager louts have now burst into what they think is song. Thank the Flying Spaghetti Monster they’re not on our flight.

I know the Worlds gone mad, but needing to show your boarding pass to buy some tic tac mints has to merit a highest “accolade in stupidity” badge.

Reasonable Virgin flight although my knees are scuffed as leg room was pretty poor.

Good selection of films. Finally got to see American Sniper, and also San Andreas – both typical all American hero films, all that was missing was a cameo appearance from John Wayne and the action heroes being awarded a Nobel Prize for heroism, along with the President pinning a medal of honour on them. 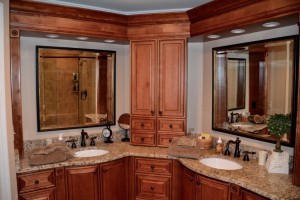 American Snipers ending was weird.When he puts his hand gun on a shelf I’m convinced I know the ending. If it had been directed by an English guy then the ending may have been different, in that the heroes son gets hold of the gun he leaves on a shelf and shoots one or more of the family by accident. Would have been an ironic ending to a film that worships and glorifies the gun. Overall though an enjoyable film.

After two flag waving films settle for a more sedate one with the Second Marigold Hotel. Class cast, class acting and not a gun or hero in sight.

It seems that being a cripple with a crutch has one advantage in that you’re whisked through immigration – 5 minutes instead of an hour+. We even beat our luggage, despite it being priority unloading.

Sara, our home exchange host, picks us up at the airport. Gives us a quick guided tour of Marietta and then to our new home for the next two weeks, it’s beautiful and spacious – see pictures.

Miraculous’ vibrating bra that claims to increase the size of a woman’s breasts in just seven days – without the need for surgery – is being trialed in the U.S.
When will airport security get serious. Why don’t they profile? You know it makes sense and by not profiling they are increasing the risk to my life. Bugger the PC nazi stormtroopers. Lets get some much needed common sense into the process to minimise the inconvenience and the risk. Until then I have zero respect or tolerance for them.
Thursday – Wow it’s hot 91F (33C for the Europhiles) and sunny, but the humidity is the killer at 91%. Thank the FSM for air con. Then in the afternoon we have a good “frog strangler”, despite the forecast of no rain and to top it all we get a rate good floor show as “the devil beat his wife”. 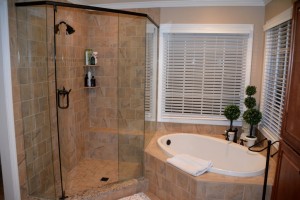 So far Wendy’s not seen any snakes yet. Apparently there are 40 different types, but relax, the good news only 6 of them are poisonous.

Lazy day getting set up and of course a trip to the supermarket. Wendy’s orgasmic there’s a Publix just around the corner (that being an American corner) and a Wholefoods (also known as WholePayPacket) down yonder (30 minutes away). For me there’s a Starbucks, Taco Bell and Subway.

While Wendy gets her weekly fix at Publix I tempt providence by walking to Starbucks – how un-American can you get. Fortunately I didn’t arrested for walking with two deadly walking poles, although the Sheriffs just walked in. 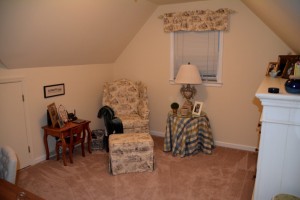 Dressing room off the master bedroom. Every Southern Belle has their dressing room.

9 Death is the number 1 killer in the world.

7 Good health is merely the slowest possible rate at which one can die.

5 Give a person a fish and you feed them for a day. Teach a person to use the Internet and they won’t bother you for weeks, months, maybe years. 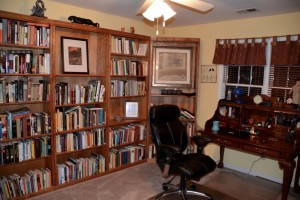 More than a dozen former MPs were handed peerages despite being caught out in the expenses scandal. Among them was a Tory grandee who billed taxpayers for cleaning the moat on his country estate. Doesn’t it just make you want to pewk and then go down there and bang there empty heads together. I’m convinced all those in power are one o’clock half struck.
Friday – very hot and sunny, with afternoon monsoon.

Pleasant stroll around Marietta square, a cross between Prescott and old town Albuquerque. Then lunch sat outside. 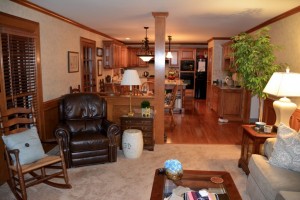 Then I’m condemned to Starbucks while Wendy has her nails painted. Tough life. It’s cool out of the midday sun in here and has awesome wifi, 54mbps. Now that’s civilised. Interesting clientele, there’s the usual collection of MacBook and iPad users; smartphones seem to be an essential for admission, mostly iPhones; a few retards with dark side laptops; and a geezer who looks like a cross between Santa Clause and Cat Weezle, slumped there with his mouth open collecting flies and snoring louder than a rampant hog.

Wow there’s a lot of blacks around here. I think they all speak a different language. Can’t understand a word. 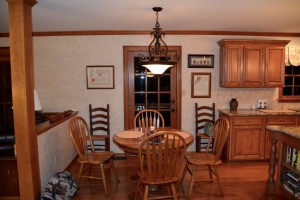 4 Health nuts are going to feel stupid someday, lying in the hospital, dying of nothing.

3 All of us could take a lesson from the weather. It pays no attention to criticism.

2 In the 60’s, people took acid to make the world weird. Now the world is weird, and people take Prozac to make it normal.

1 Life is like a jar of jalapeno peppers. What you do today might burn your butt tomorrow.

And as someone recently said to me: Don’t worry about old age; it doesn’t last that long. 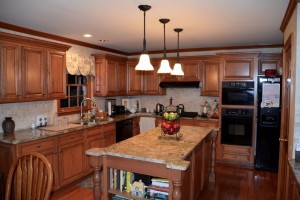 Some interesting commentary on Islam:

Instead of letting Islam off the hook with bland clichés about the religion of peace, we in the West need to challenge and debate the very substance of Islamic thought and practice. We need to hold Islam accountable for the acts of its most violent adherents and to demand that it reform or disavow the key beliefs that are used to justify those acts.

Islam is at a crossroads. Muslims need to make a conscious decision to confront, debate and ultimately reject the violent elements within their religion. To some extent—not least because of widespread revulsion at the atrocities of Islamic State, al Qaeda and the rest—this process has already begun. But it needs leadership from the dissidents, and they in turn stand no chance without support from the West. 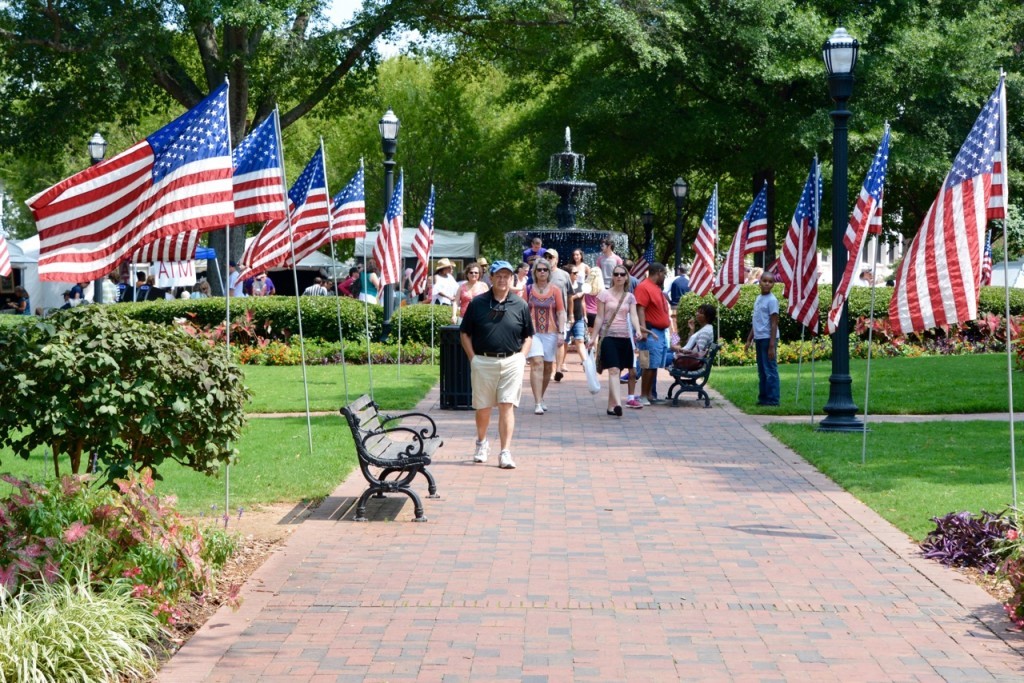 Labor weekend celebrations. Note the flags everywhere. They’re proud of their flag and country. Where have we gone so wrong? The do-gooders, the liberals and multiculturalist have really screwed our country. 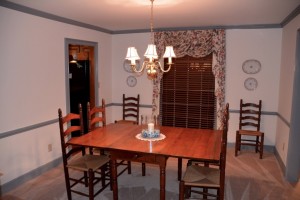 Down to the Art in the Park (it’s Labor Day weekend) and Farmers market. Wander round the stalls; plenty of food samples in the Farmers market; as usual don’t buy anything; Wendy gets free goodies from the many stalls in Arts in the Park – she’s like a child when there are freebies on offer, always needs a carrier bag for all the booty. Have lunch at Sweet Cakes again sat people watching.

Then we pop down to Whole Foods Market, Wendy just couldn’t resist. 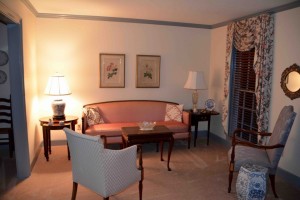 Time to ponder some of the more goofy laws here in Georgia:

You cannot live on a boat for more than 30 days during the calendar year, even if just passing through the state

The term “sadomasochistic abuse” is defined so broadly, that it could possibly be applied to a person handcuffing another in a clown suit.

All sex toys are banned.

Signs are required to be written in English.

4 days and not a burka in sight.
This entry was posted in Uncategorized. Bookmark the permalink.