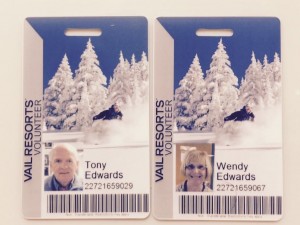 At last I have my free season ski pass so can get out on the mountain for 09:00. Sadly Eagle lift is out of operation so no quick way to the top, but hey it’s just awesome to be back and they’ve 20″ fresh snow over the past few days.

By 10:30 I’ ready for my usual coffee break by the log fire in the Snow Hut. Sadly the fires not yet lit, but this mornings entertainment is watching an imbecile try to light a fire. 1st chop wood with an axe the size of a Swiss Army knife – an abject failure. Next pile wood in fireplace and the put paper on top. Light paper, scratch head, pick nose as he wonders why it goes out. Now he’s burnt himself.

Back out skiing and get my 10 runs in before lunch.

After lunch go down to the Outlets centre and manage to get a five mile walk in.

In the evening fall asleep watching Broadchurch. Nothing at all to do with the wine, it’s all down to all that fresh air and exercise.

The government is committed to spending 0.7 per cent of GDP on overseas aid, an essentially arbitrary figure that means the aid budget rises as the economy grows. In trying to meet this target, civil servants are spending vast sums of public money with no assurance of serving either the world’s poorest people or the interests of taxpayers.

They, the loony politicians, should be tarred and feathered for such lunacy. Money to countries with rampant corruption; nuclear weapons programmes; space programmes; support of terrorists; blatant attacks on our way of life. Charity begins at home. To add insult to stupidity its money we don’t even have. 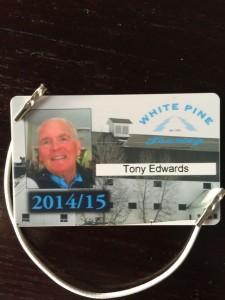 Now I’m 65 I get a free ski pass for the White Pines cross country course. How wonderful is that. One of the few benefits of retirement.

In the morning have a Classic Cross Country ski lesson booked with the Park City Mountain Sports Club up at White Pines. Get a 1 hour lesson and then do the 3Km loop. Unlike Skate this is a tad less strenuous and I survive without feeling wetter than a water hogs back side and feeling powfagged.

Meet Wendy for a Starbucks.

States we have visited so far: Meet up with Heidi (she bought the place we stayed at last year) at 10:00 for a mornings skiing.

Then we meet up with Wendy for lunch.

You know you’re a local when the bus drivers know your name and give you a hug. For the avoidance of any doubt, and not to tarnish Victors reputation, the hugging bit is confined to Wendy.

Park City – the best bus service ever – and it’s free. 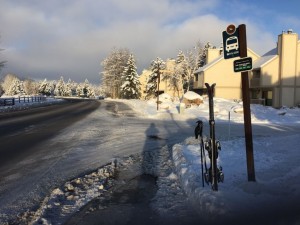 Waiting for the bus.

Wendy’s doing her first full day as a Plaza Host so she’s out on the 07:30 bus for the 08:00 Host meeting and then has a full day on the Plaza and in rentals.

I’ve managed to swop my first duty so I can do the Mountain Guide Training session with the National Ability Centre (NAC). Spend most of the day in a classroom, but manage an hour on the slopes when we’re put through our paces and checked out that we can really ski. Part of it means giving up your ski poles and skiing without them. Then at the end of the day there’s a short, easy test and hey presto your qualified to take disabled skiers, who are capable of skiing independently, on a mountain tour. Should be fun. The NAC does an awesome job with disabled skiers and even snow boarders of all ability. It’s a credit to them and totally appropriate that they are called the National “Ability” Centre.

I’ll still be doing some volunteering, as I did last year, assisting an instructor.

On a good day you may see Wendy or even me on the plaza being helpful and nice to people, even snowboarders:

Lunch with the worker (Wendy). Managed to slip another 5 runs in. Awesome day. This truly is paradise.

Then had a walk into town to Chubasco to pick up a Burrito for me tea. My favourite. 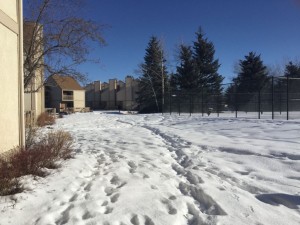 Snow outside our condo.

Up at Eagle lift for 09:00 for an early start. Snow is still pretty good.

Met the Park City Mountain Sports ski group at 10:45 and skied with them until margarita time in the Baja Cantina. Wendy came up and joined us. Violated my first law and had my first margarita – probably my last. 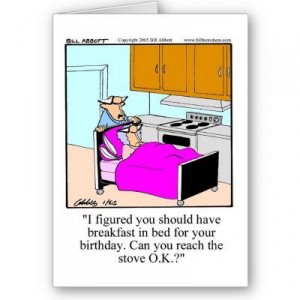 As if I would!

An Obituary printed in the London Times:

Today we mourn the passing of a beloved old friend, Common Sense, who has been with us for many years. No one knows for sure how old he was, since his birth records were long ago lost in bureaucratic red tape. He will be remembered as having cultivated such valuable lessons as:

– Knowing when to come in out of the rain;
– Why the early bird gets the worm;
– Life isn’t always fair;
– And maybe it was my fault.

Common Sense lived by simple, sound financial policies (don’t spend more than you can earn) and reliable strategies (adults, not children, are in charge).

His health began to deteriorate rapidly when well-intentioned but overbearing regulations were set in place. Reports of a 6-year-old boy charged with sexual harassment for kissing a classmate; teens suspended from school for using mouthwash after lunch; and a teacher fired for reprimanding an unruly student, only worsened his condition.

Common Sense lost ground when parents attacked teachers for doing the job that they themselves had failed to do in disciplining their unruly children.

It declined even further when schools were required to get parental consent to administer sun lotion or an aspirin to a student; but could not inform parents when a student became pregnant and wanted to have an abortion.

Common Sense lost the will to live as the churches became businesses; and criminals received better treatment than their victims.

Common Sense took a beating when you couldn’t defend yourself from a burglar in your own home and the burglar could sue you for assault. 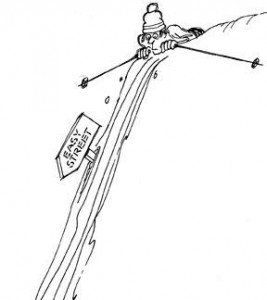 Hmmm… Some of the Black Diamonds remind me of this. My nemesis this season is going to be Erika’s Gold and Blue Slip bowl.

Common Sense finally gave up the will to live, after a woman failed to realize that a steaming cup of coffee was hot. She spilled a little in her lap, and was promptly awarded a huge settlement.

Common Sense was preceded in death,
-by his parents, Truth and Trust,
-by his wife, Discretion,
-by his daughter, Responsibility,
-and by his son, Reason.

He is survived by his 5 stepbrothers;
– I Know My Rights
– I Want It Now
– Someone Else Is To Blame
– I’m A Victim
– Pay me for Doing Nothing

Not many attended his funeral because so few realized he was gone.

If you still remember him, pass this on. If not, join the majority and do nothing.