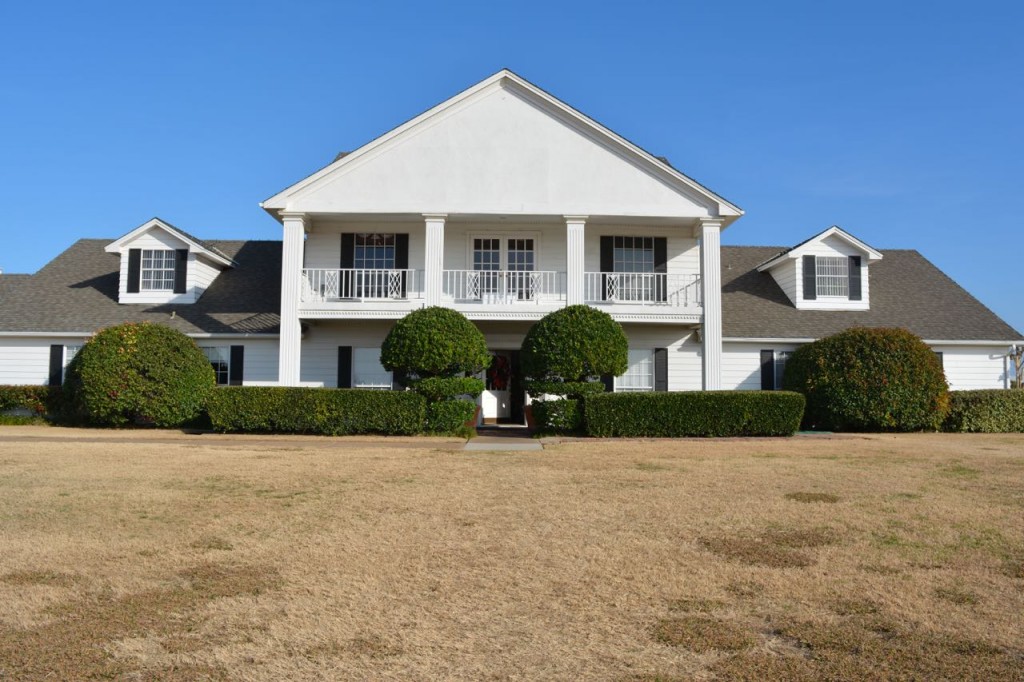 Well won’t be sitting on the balcony this morning. There’s these bloody big vultures on the balconies and roofs. If I nod off I’ll have no eyes left and if one of them poops on you then I’ll drown.

Drive up to Dallas, 270 miles. On the way we keep seeing these announcements on the traffic alert information system about a silver alert. What the hell is a silver alert? Well, a Silver Alert is a public notification system in the United States to broadcast information about missing persons – especially senior citizens with Alzheimer’s disease, dementia or other mental disabilities – in order to aid in their recovery. Could be our claim to fame anytime soon! 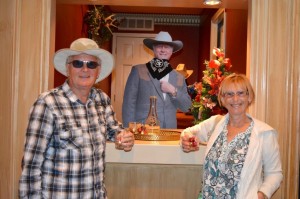 Drinks with my hero. Sneaky’s best.

Visit Southfork Ranch. Sadly a must see, having been ardent Dallas fans and never missed an episode.

It’s much smaller than we imagined and as you would expect with any TV production they never actually filmed inside the ranch. But an interesting tour, even if we did feel like a couple of sado’s.

Then it’s back into Dallas to our hotel.

I’m dizzy. Feeling like the proverbial goldfish, I’m sure I’ve just been under this bridge before, before, before! What warped individual dreamed this up. It’s fine if you get on the right one but may Chione help you if you’re on the wrong one. I think the best solution is to dump the car on one of these flyovers and abseil down. 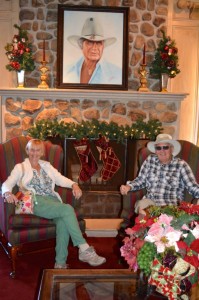 Relaxing by the fire at Southfork.

Despite it’s location (it’ll never win an award for views from window), it’s quiet, clean, well kitted out, modern, good breakfast and our suite has two rooms (Comfort Suite), wet bar, TV’s galore and all for $75 a night – £48. How’s that for value.

Gird me loins and drive out to an Olive Garden for Dinner. Mediocre. Memo to self don’t bother with Olive Garden again. Stick to homemade Steak Gorgonzola Alfredo because most of the other menu items at the Olive Garden are mediocre. 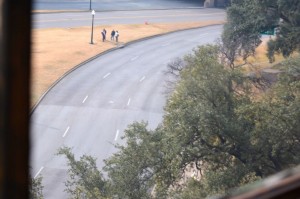 X marks the spot as seen from the Dallas School Book Depository window.

Churches, hotels, halls of assembly, stores, markets, banking rooms, railroad depots, and saloons are required to provide spittoons “of a kind and number to efficiently contain expectorations into them.”

Beer may not be purchased after midnight on a Sunday, but it may be purchased on Monday.
It is illegal to sell Limburger cheese on Sunday.

It is illegal to drive a motor car down Broadway before noon on Sundays.

Dogs must be on a leash at ALL times. Fine of 100 dollars.

It is illegal to take more than three swallows of beer while standing. 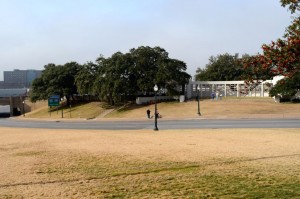 Catch to DART into Dallas, so much better than risking the Interstate mayhem and only $5 for free transport all day.

Earwigging on a conversation from two rough looking dudes, with feet on the seats, is nigh impossible. They may well be speaking some form of English but their Texan drawl is so bad I can just about make out “Y’all” and “f.ck”. I resist the temptation to ask the scrots to remove their feet, as does the ticket inspector, self preservation, and fear of being another gun statistic is sometimes the better part of good citizenship. 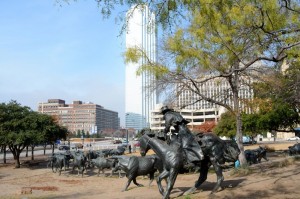 Bronze statues in Pioneer park of a roundup – 49 bronze steers and 3 trail riders.

First stop is the Kennedy assassination tour at the 6th Floor of the Dallas School Book depository at Dealey Plaza. Quite an interesting, if somewhat sad, museum. Gives you a good grounding in the events of that day. Pass on a tour of Oswalds Home, how sad can you get.

Of course there’s load of conspiracy theories as to who killed him, from the mob, KGB, Castro, to the CIA. But I think I’ve hit on the truth. It was the Dallas Tourist office, more specifically their Marketing Department (remember my theory, marketing departments are responsible for a lot of the evil in the World), that had him shot. Why? Well Dallas lacked any real tourist attractions prior to his assassination and needed a boost, this was a sure fired way to drum up some tourists. This along with visiting Southfork’s all sad really. 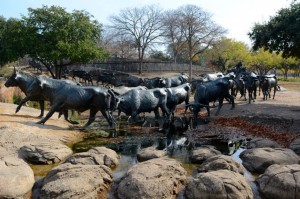 Then we have a walking tour of Dallas. Really is the best way to see a city.

After lunch we go to the Bush Library – 2nd Bush that is. It’s more than a library. A very interesting museum. Very plush and with more staff than visitors but well worth it and much better than expected. They have a full sized,exact replica of the Oval Office and you allowed to sit and photograph to your hearts content.

All go in Oval Office, just signed off on that spelling mistake on the 2nd – “bear arms” becomes “bare arms”. Just think how much death, injury and heartache that can thwart.

Next change to get rid of those Southern State Blue laws and their infringement on the 1st Amendment. Then we can buy bear and wine on a Sunday. 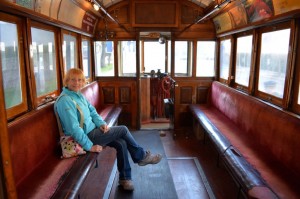 Overall gave me a better perception of Bush, but then we learn of his “complicity” in the CIA torture so called scandal. I bet the terrorist are having such a good belly laugh that the explosives are dropping out their bomb vests. What price safety? Do the ends justify the means when fighting such a vile terrorist ideology? And what about the blame that descends on government / CIA when they do nothing? 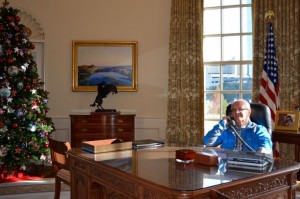 Just hanging on for the IT help desk in Mumbai who are trying to identify my account.

It is illegal to drive within an arm’s length of alcohol – including alcohol in someone else’s blood stream.

It is illegal for children to have unusual haircuts.

Obnoxious odors may not be emitted while in an elevator.

It is now illegal to place a “for sale” sign on a car if it visible from the street.
It is illegal to do “U Turns”.

It is illegal for both sexes to flirt or respond to flirtation using the eyes and/or hands.
It is illegal to urinate on the Alamo.

No one may ride a horse and buggy through the town square.
You can ride your horse in the saloon.
Cattle thieves may be hanged on the spot.

Owners of horses may not ride them at night without tail lights. 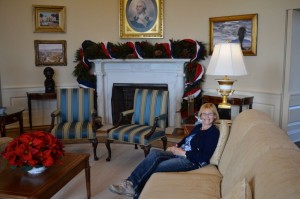 Our new home exchange. Just waiting for afternoon tea and biscuits in the Oval office.

After breakfast we drive over to the Stockyards at Fort worth. Have a browse around and watch the twice daily cattle drive. Those long horns look pretty terrifying but I imagine they could do their stunt without the need of cowboys.

Then drive down into Fort Worth to see the Water Gardens. They’re amazing and you can walk down into them – a tad unnerving.

Avoid the Interstate on our trip back and get to see more of small town Texas and more Traffic lights than Talibans at a stoning. 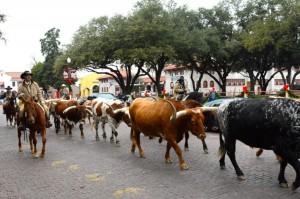 Round up time at Fort Worth. Poor old Rowdy Yates looks a tad worse for wear. Please mind the paintwork on my car. Real cattle this time no bronze statues.

Drive through the dead centre of Texas, Hamilton. Well judging by the size of the graveyard, in relation to the size of the town it must be. Why, you’d think the whole of Texas is buried here. 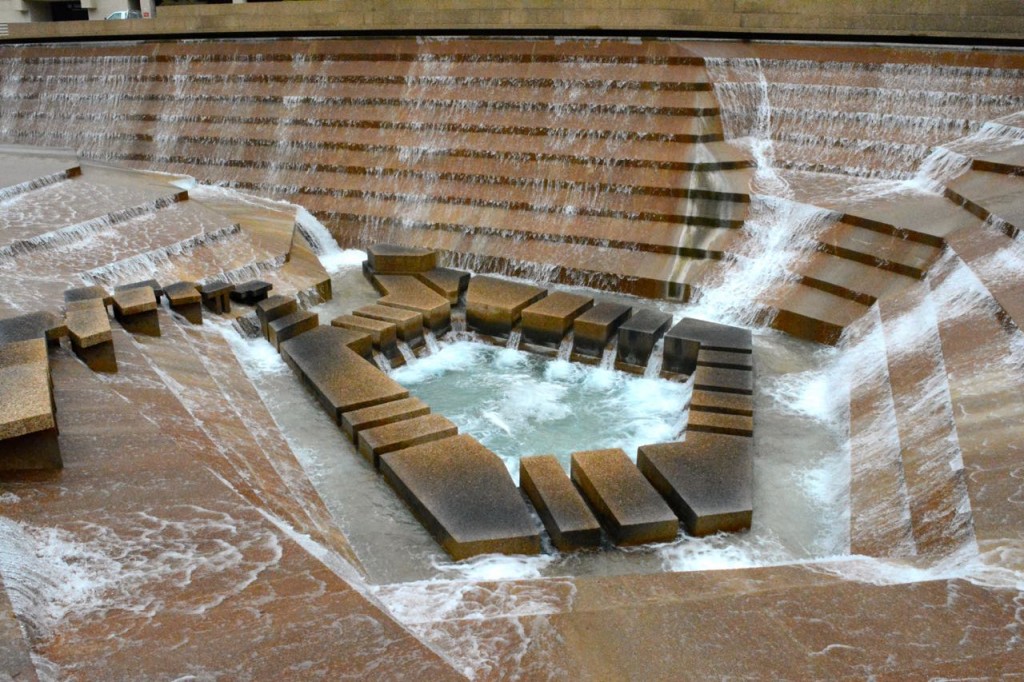 The water cauldron at Fort Worth Water Garden.

Then just as we near home, both desperate for the toilet, disaster strikes. Yes, we get the dreaded school bus in front of us. That’s it we’re doomed for a 10 minute journey to take an hour as we stop and watch rug rats with phones glued to their ears saunter across the road like a puppy with zero street smarts, totally unaware of the traffic. 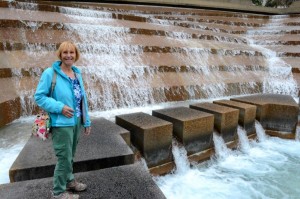 The NRA must be in the Guiness Book of Records for the most powerful lobbying organisation in the World. But is anybody aware of who the 2nd most powerful is? Well my moneys on the Traffic Light Manufacturers of America. Every 10 yards in most town there’s one, purposely designed to slow you down.

Oh and whilst I’m on about my “favourite” organisation of death and destruction (NRA) it’s good to know that they’ve even had the power to ban the Centers for Disease Control (CDC) from advocating or promoting gun control or researching the use and abuse of firearms. The ban was later extended to all research funded by the Department of Health and Human Services. What are they afraid of? Someone might uncover the truth.