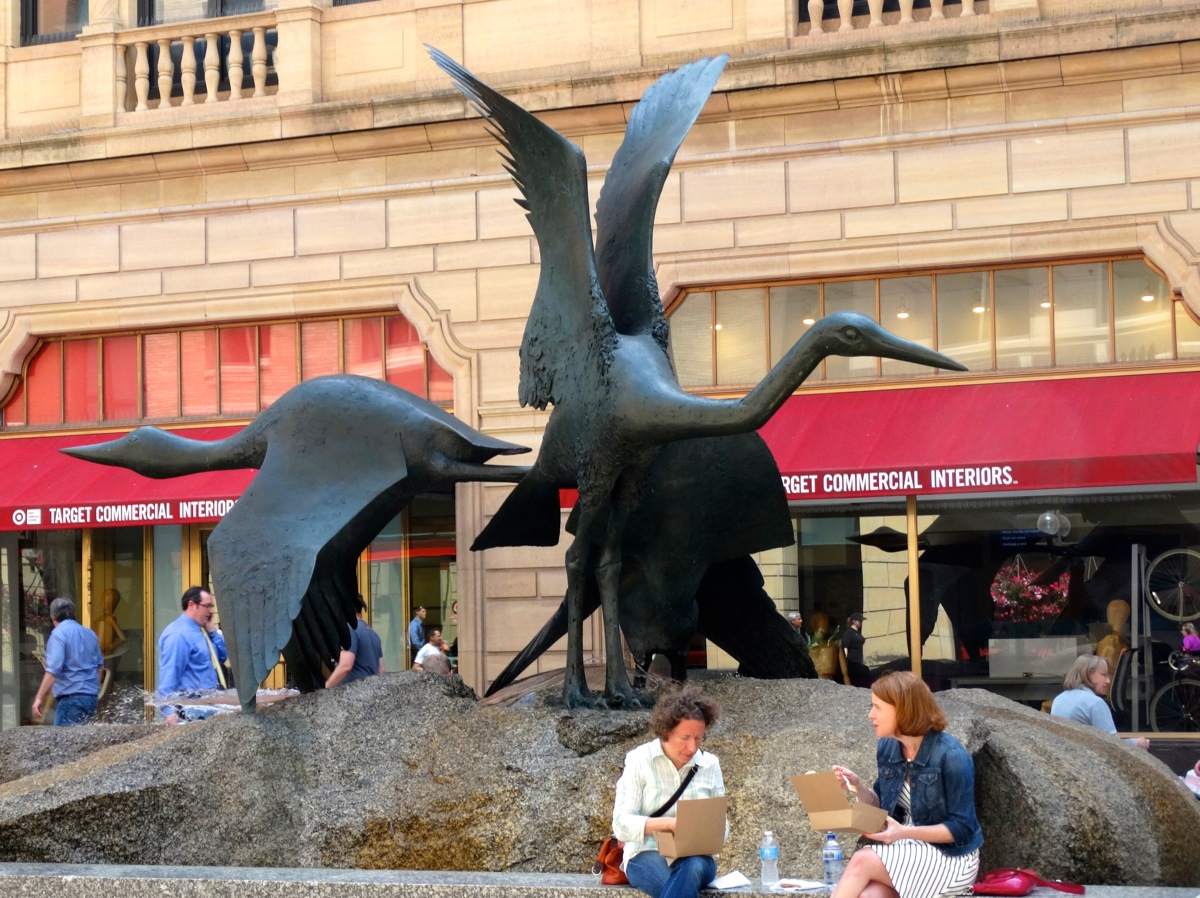 Up early to return the Hertzmobile. 35 minutes in the office getting my two free day vouchers accepted. Bloody marvellous they send me these vouchers as a reward. Delighted by them. Then they screw it up by needing 3 of them and 2 phone calls to try and resolve it. Loose the will to live, leave it with them. Computer says no! Why don’t they empower their employees?

Catch the tram into the city from the airport. Clean, fast and efficient. 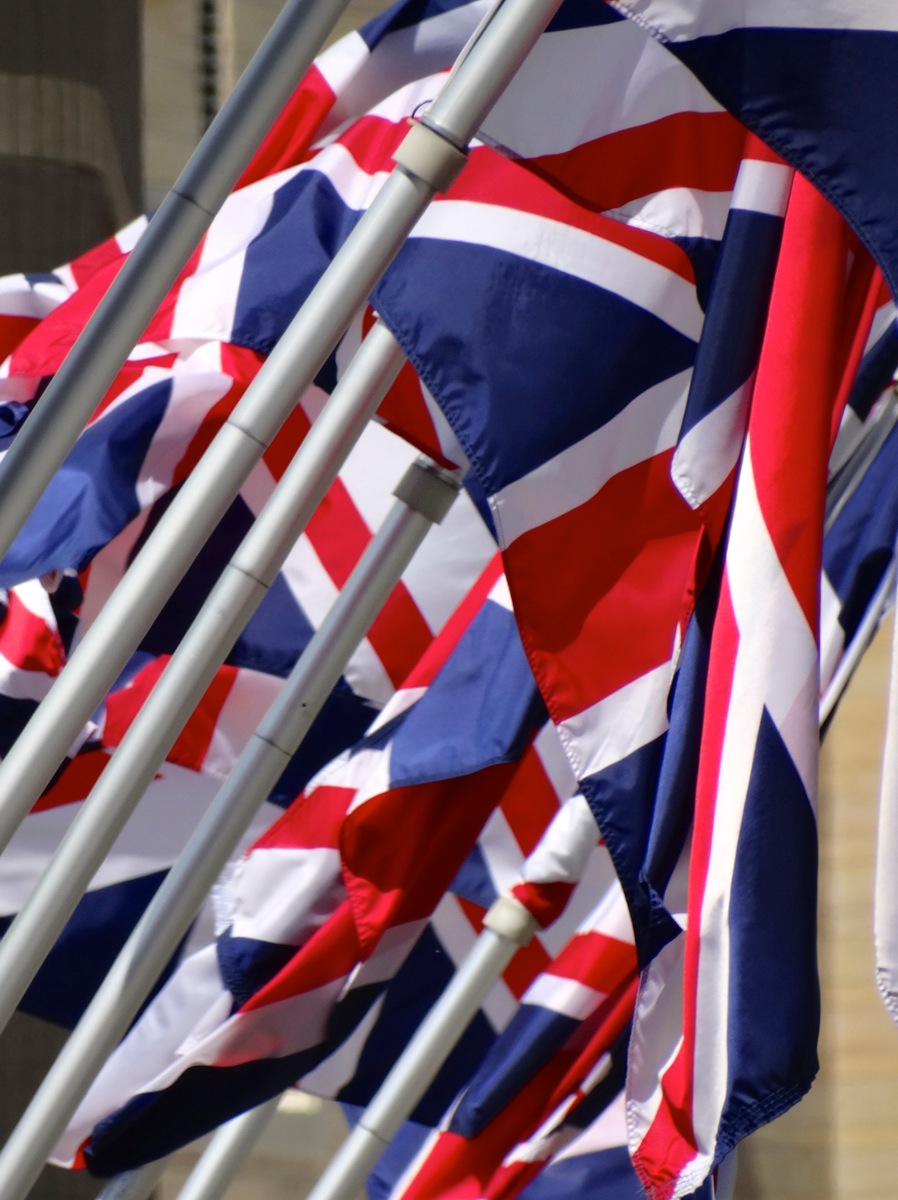 Quest to find the visitors centre. Another city, another well hidden visitors centre. 3 web sites / apps and it takes me 30 minutes to find an address. Obscure office on the 13th floor off 2nd street. Not a sign on their maps, no you can’t call them maps because they have no scale, no compass, no key to all the symbols – obviously drawn by a 4 year old and checked by a blind man. Not a sign on their notice boards around town, most of which don’t even tell you 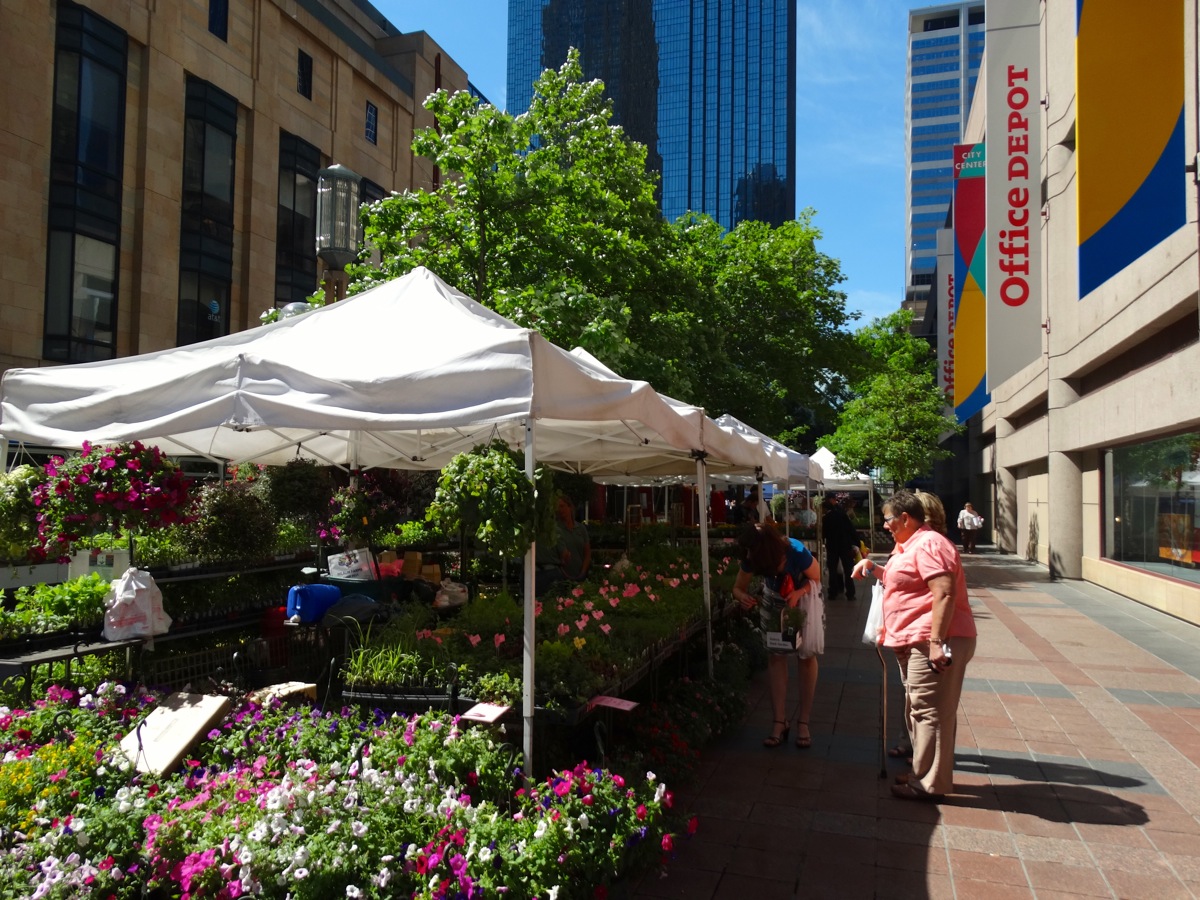 You are here”. I ask if they really want visitors but of course, “it’s a problem on our radar”. Bear in mind this is the main office and they have a stand with about 20 brochures on, 3 of which are on health and safety, I ask is this all that Minneapolis has to offer, seems a tad sparse. I won’t bother you with the pathetic response. Thank god it’s not 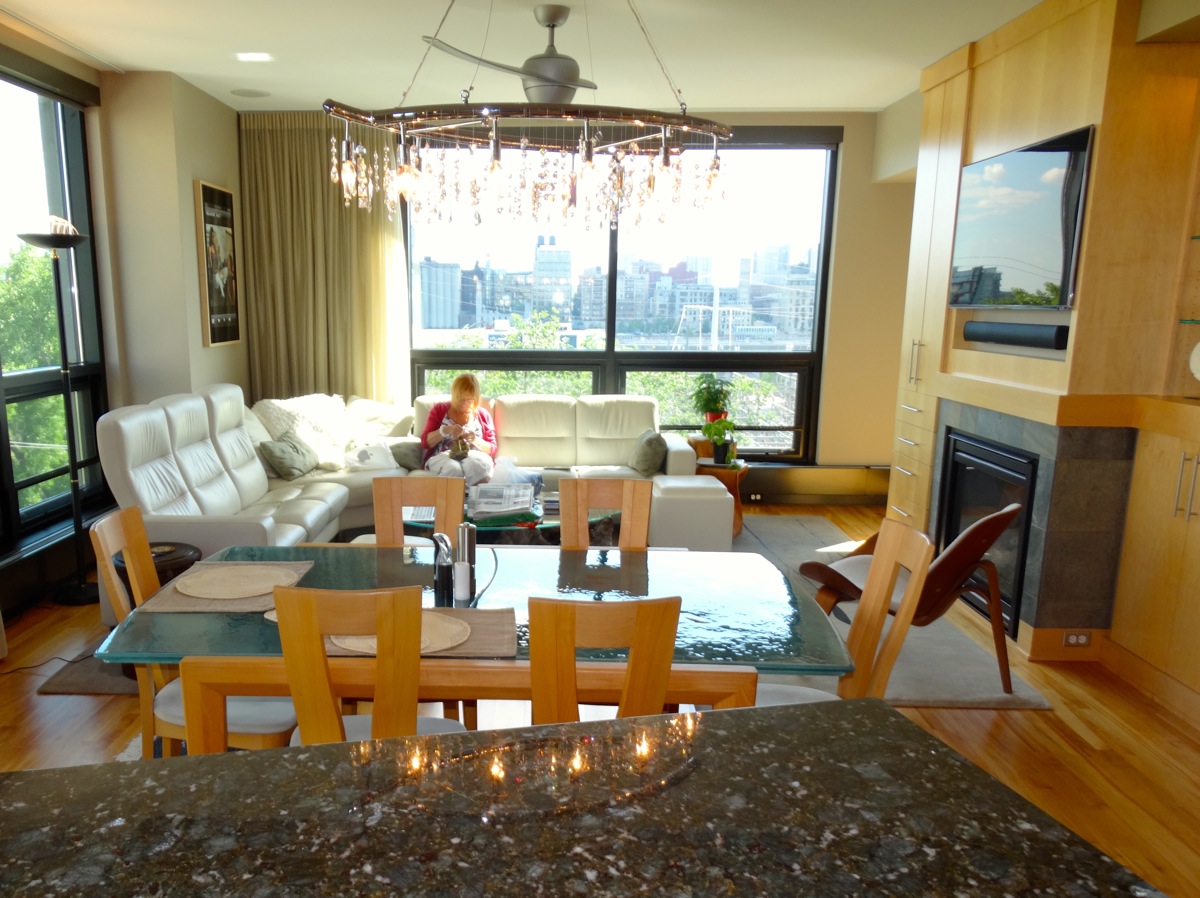 my taxes paying for these dilettantes. Memo to self, check signage and maps for Blackburn visitors centre when I get home, perhaps its a World Wide phenomena.

Troop up to the other visitors centre at the other end of town, at least they have more brochures and information. Interesting that both visitors centres are well outside the central area. Stiil the walks done us good. 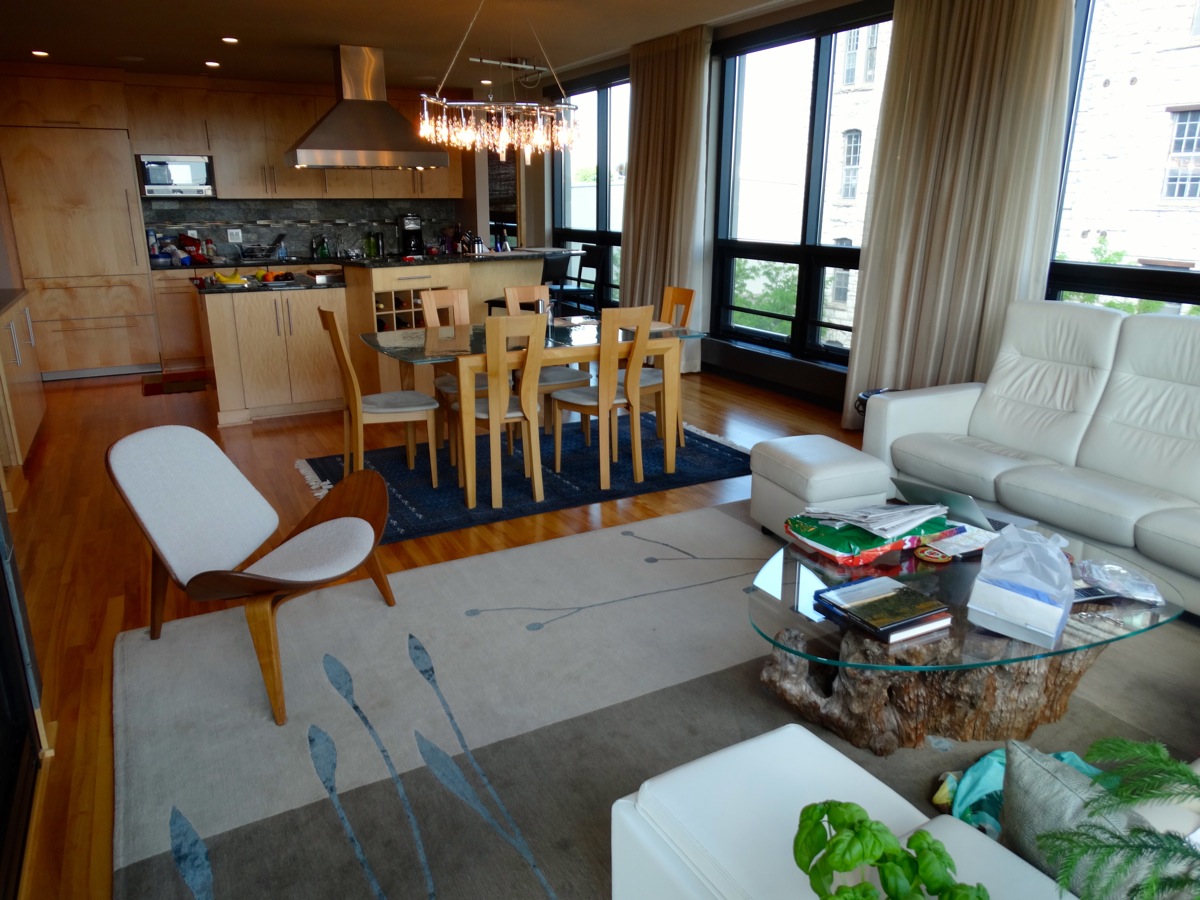 Have a 4 hour walk around downtown to get a flavour of Minneapolis. Despite the crap visitors centre it’s lovely. Vibrant, clean; lovely buildings; Sky walks between most of the building, not something we’re used to or bother taking advantage of but in winter I imagine they’re a godsend; free bus service up and down the main street; a lot going on; buskers; beggars, one cheeky, but probably honest chappie, even had the traditional 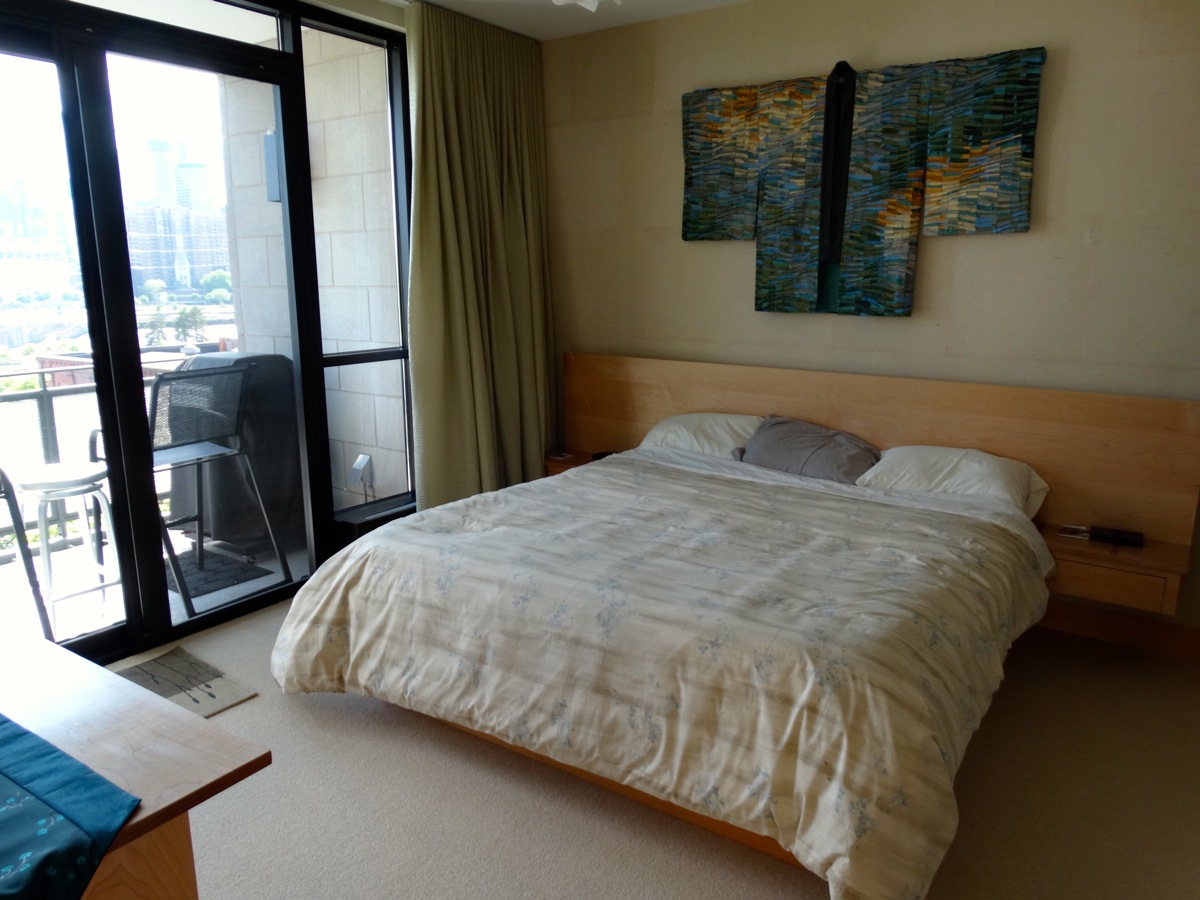 ardboard sign, but his said “Need a cold beer”. Sidewalk cafes are teaming. Union Jacks are flying in abundance at one location – good on ya. Brit Pub – we’ll pass on that – also has a Union Jack flying. This is a lovely city even surpasses Portland and thankfully not as busy and noisy as Chicago. Really like it.

After exploring up and down the city we cross the river back to our luxury apartment.

What can I say about our home exchange. It’s a luxury 5th floor apartment, two bedrooms with balcony, upstairs is a large rooftop with chairs and the all-American giant barbie for communal use, both overlooking the city and the Mississippi river in a lovely district. As you can see the apartment is luxuriously 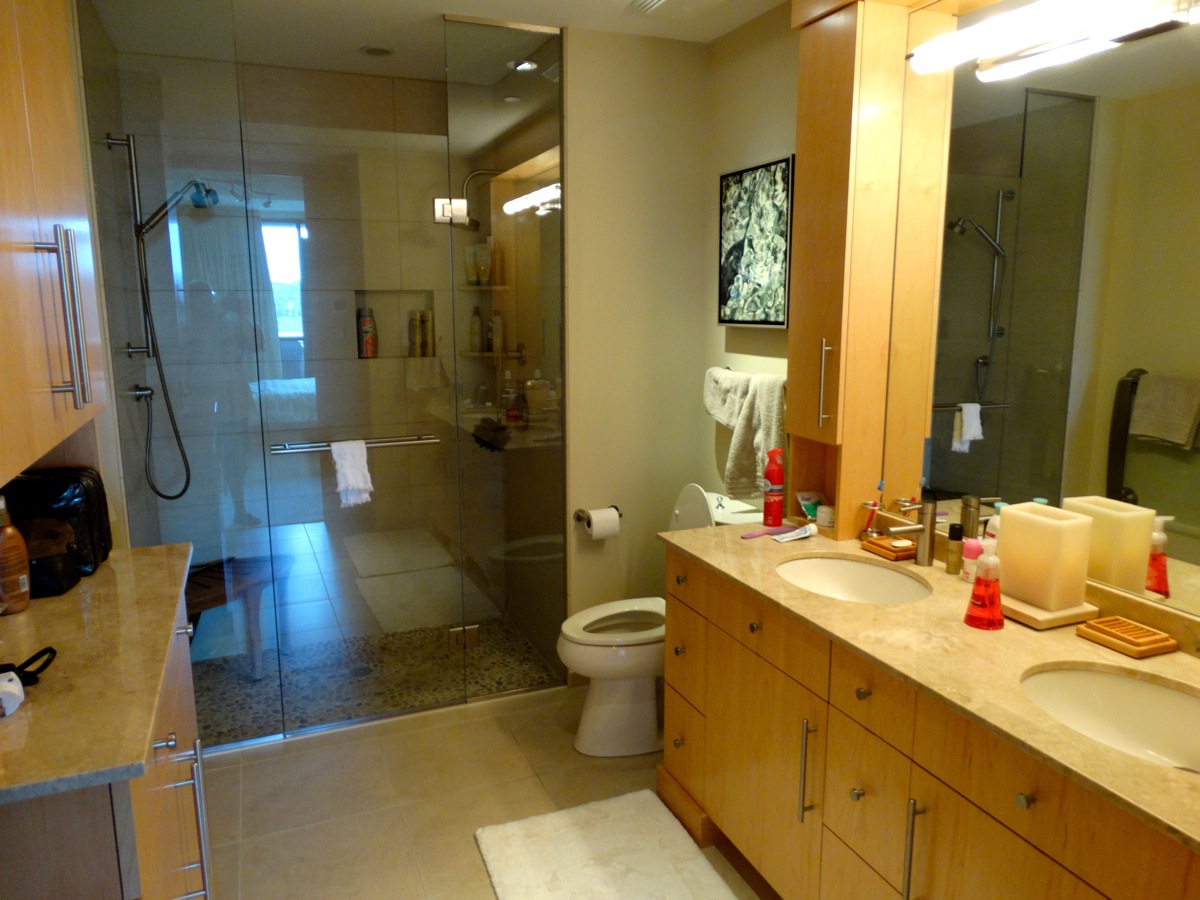 ppointed, everything is top quality; lovely wooden floors; matching wooden fittings; sound system throughout; gorgeous bathrooms; superb kitchen; 10Mbps wifi; Smart TV; and the piece de resistance, even has Apple TV and iPod docks. Also comes with a luxury Lexus saloon to drive. Apartment views are fantastic and relaxing. Awesome – not a word I use very often, but learnt it in America.

Friday – warm with sun and cloud.

Bike ride around Minneapolis today. Ride down the side of the Mississippi to the Midtown Greenway a Bike and Footpath motorway through town, complete with on and off ramps; motorway signs; roadworks; detours; speed limits; gardens down the side; cafes; bike repair stations. Only thing missing is 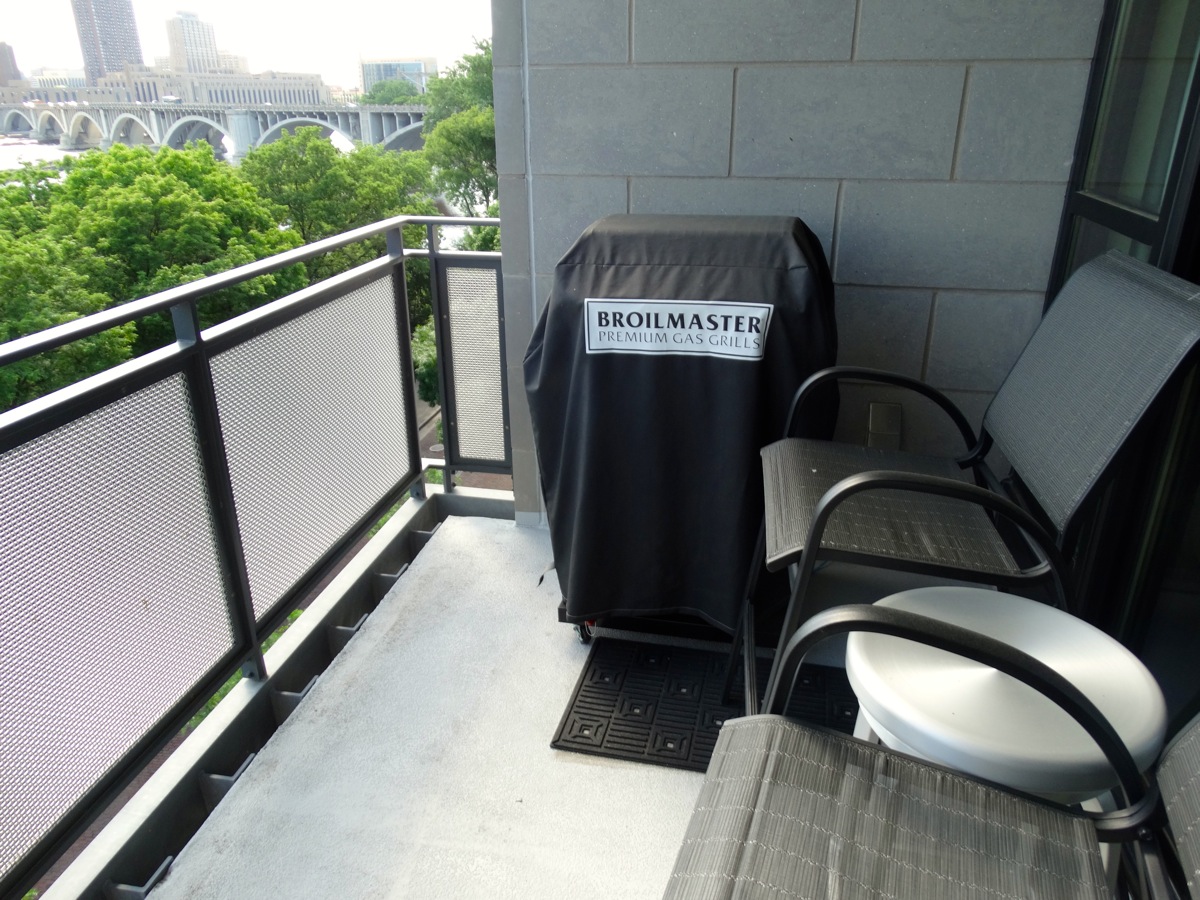 Stop off at Lake Calhoun for lunch. Very relaxing, even break my 1st Law of retirement and have a Pils at lunch – proper one of course. Then it’s a ride around Lake of the Isles to the Kenilworth Regional Trail up to Downtown and back to our apartment n time for afternoon tiffin. a lovely 5 hours on the bikes and all done on proper cycle paths, even better than in France and even better still no French.

Another great day in Minneapolis. Really like this city.

Yet more festivals. Do they schedule them and parades in honour of our visits. Tomorrow is the 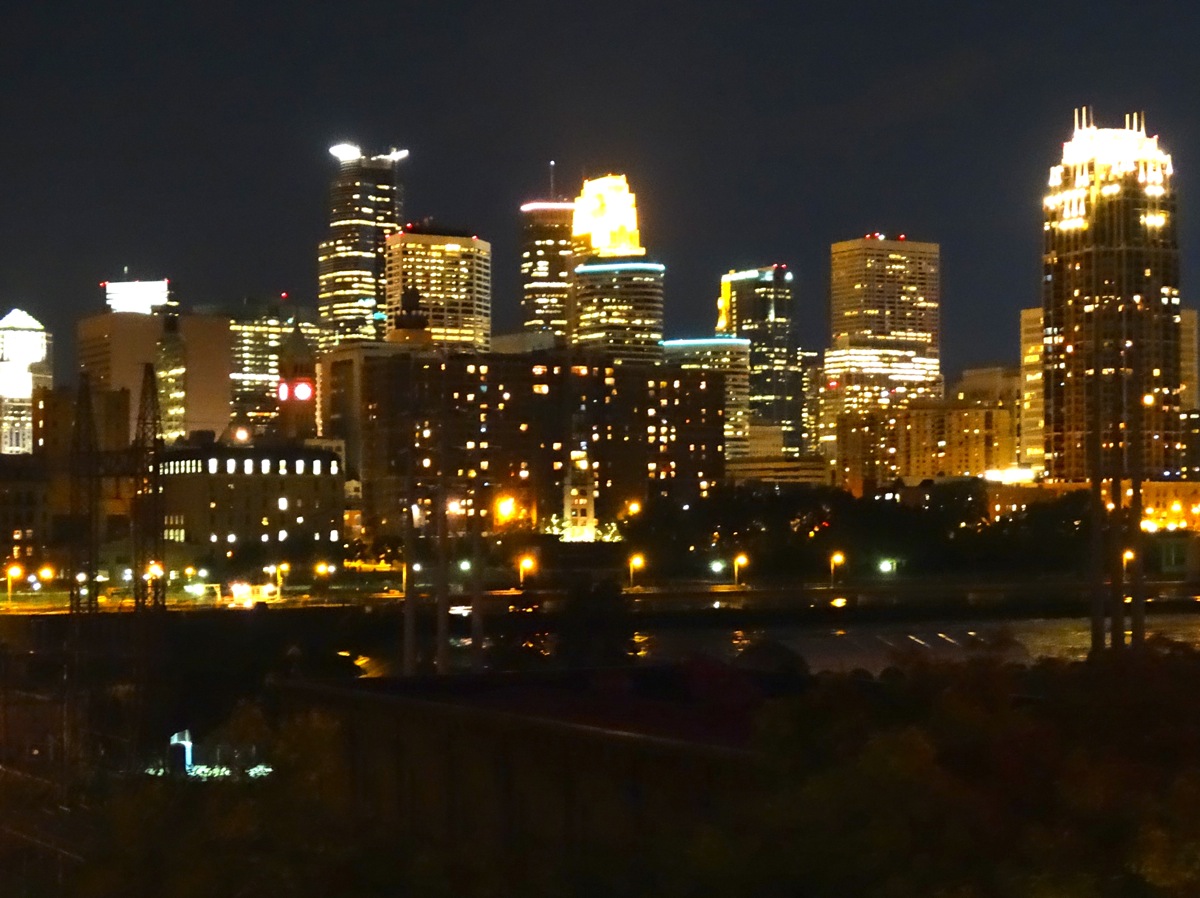 tart of “The Stone Arch Bridge Festival”, right here on historic Main Street just under our balcony. It’s 2 days of music, art, food and entertainment. Right under our very noses.

Sadly I have discovered two crappy laws here in Minneapolis:

No wine in the supermarkets, but at least the liquor stores are well stocked and not too greedy.

Tried to buy a beer for lunch at the Tin Fish 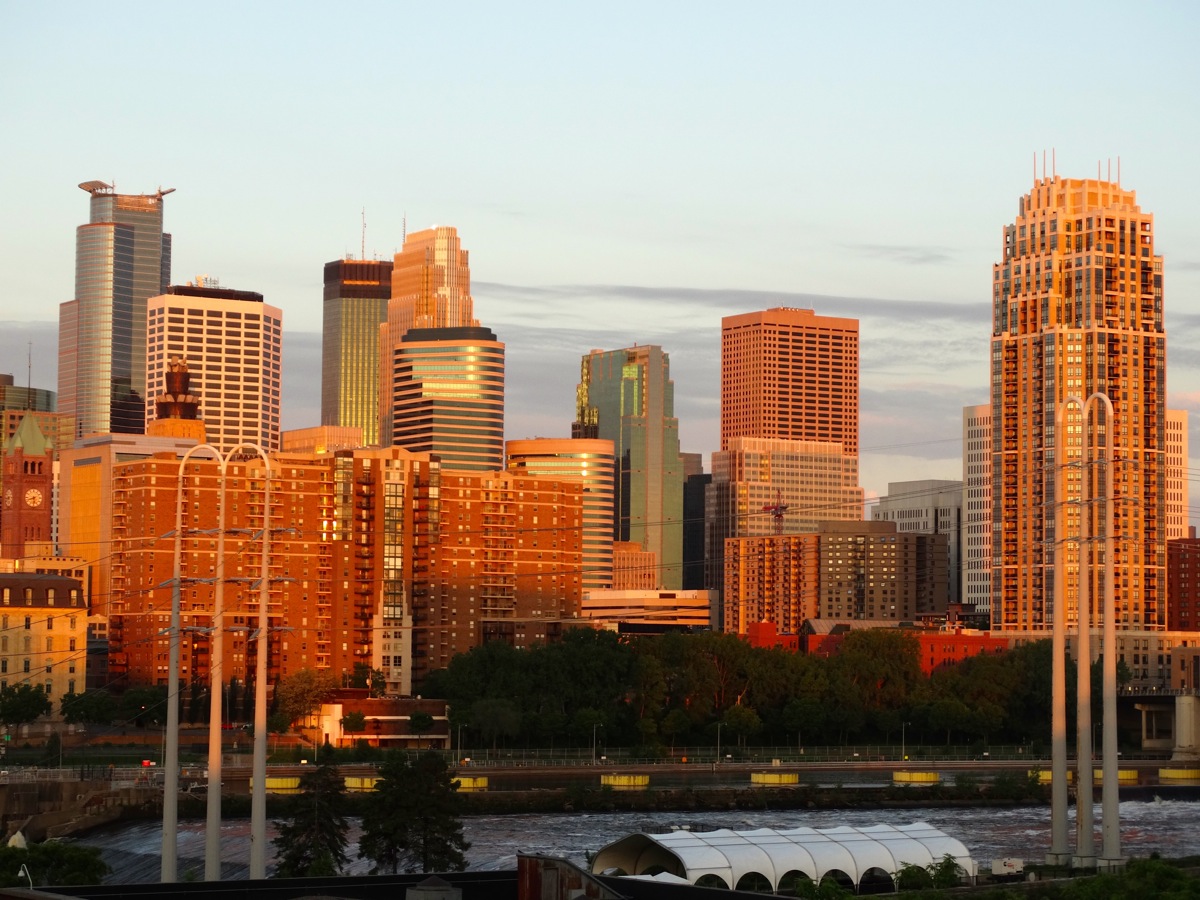 ut they have to sell you a snack to get around the local licensing laws – pots for rags – buy a $0.50 packet of peanuts. If they had any sense they’d sell a single peanut for $0.01, that’d be one in the eye for common sense. Do politicians not realise that America has a serious obesity problem and encouraging people to eat is not going to solve it?

Here we go again. Looks like the people of the book (Christians) have caught the blasphemy disease:

Christians complain about an Indian song and dance number where actress wears a rosary necklace.

Mumbai christians have whinged at what it termed a blasphemous song and dance number featuring starlet Kavitta Verma, likely to be shown in the forthcoming Bollywood movie Policegiri . 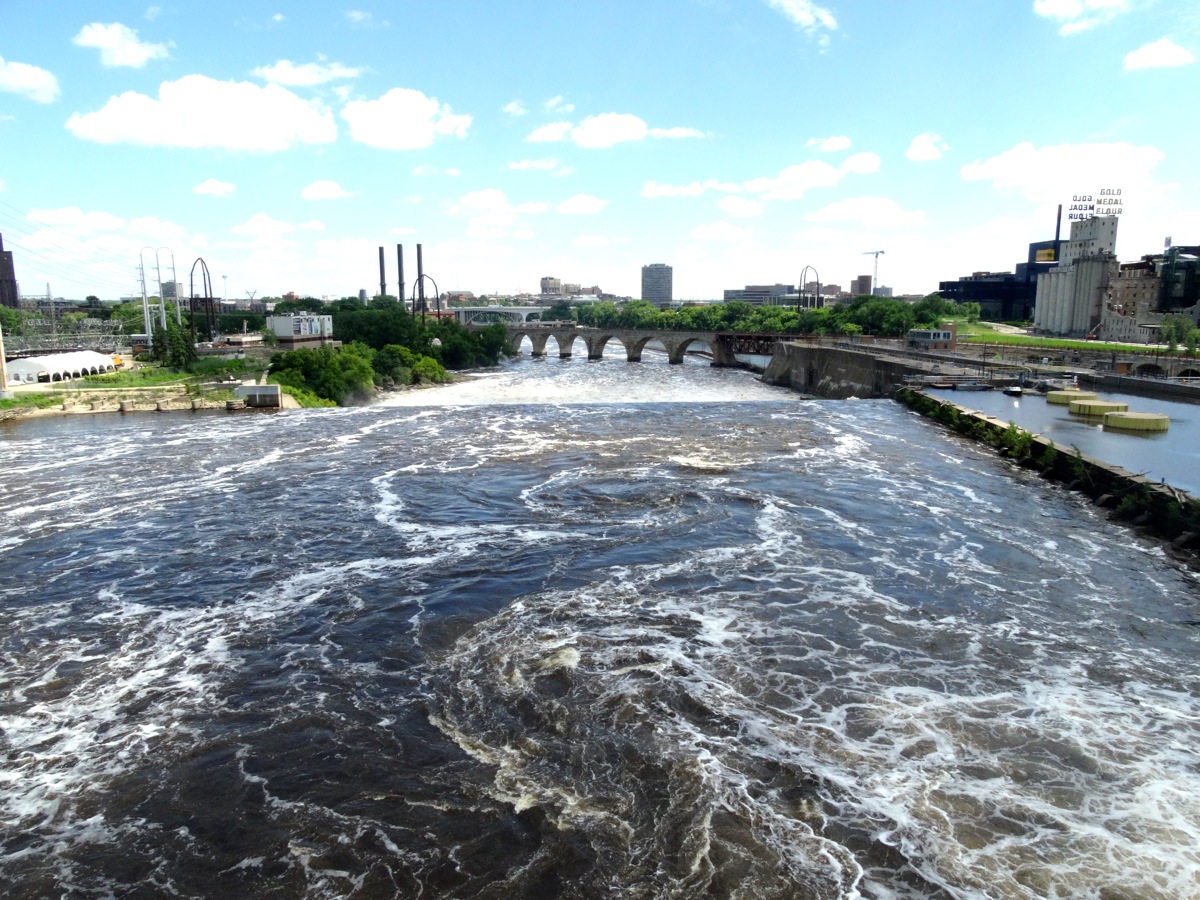 The Catholic Secular Forum (CSF), has written to the movie producers and the Censor Board protesting the scantily-clad Kavitta allegedly performing the item number wearing a rosary with its cross positioned on her belly. The perennial whinger, CSF general secretary Joseph Dias, told IANS:

The community is concerned. The rosary which she is shown wearing around her neck has its cross positioned on her belly,

Terming this as totally unacceptable, Dias 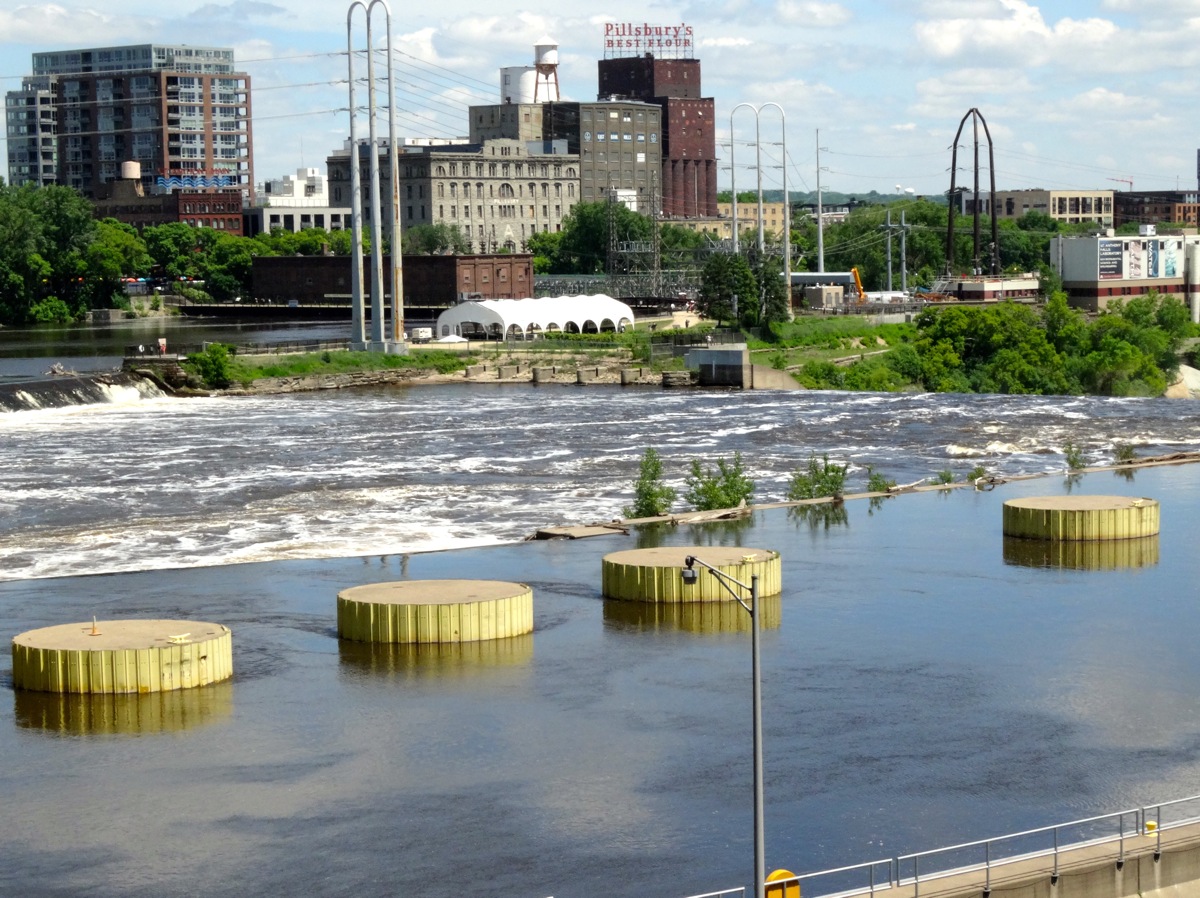 xplained that Christians respect the rosary which they use to intercede with Mary, the mother of Jesus, and reflect in prayer. He said that the producer of the movie, TP Aggarwal, had assured them that the objectionable scenes would not be shown in the movie, due for release July 5.

However, Dias said that in case the producer still goes ahead and depicts the scene, the CSF would initiate criminal proceedings against the makers of the movie.

Need some de-sensitising training. What is it with religions. Certainly brings out the freaks.