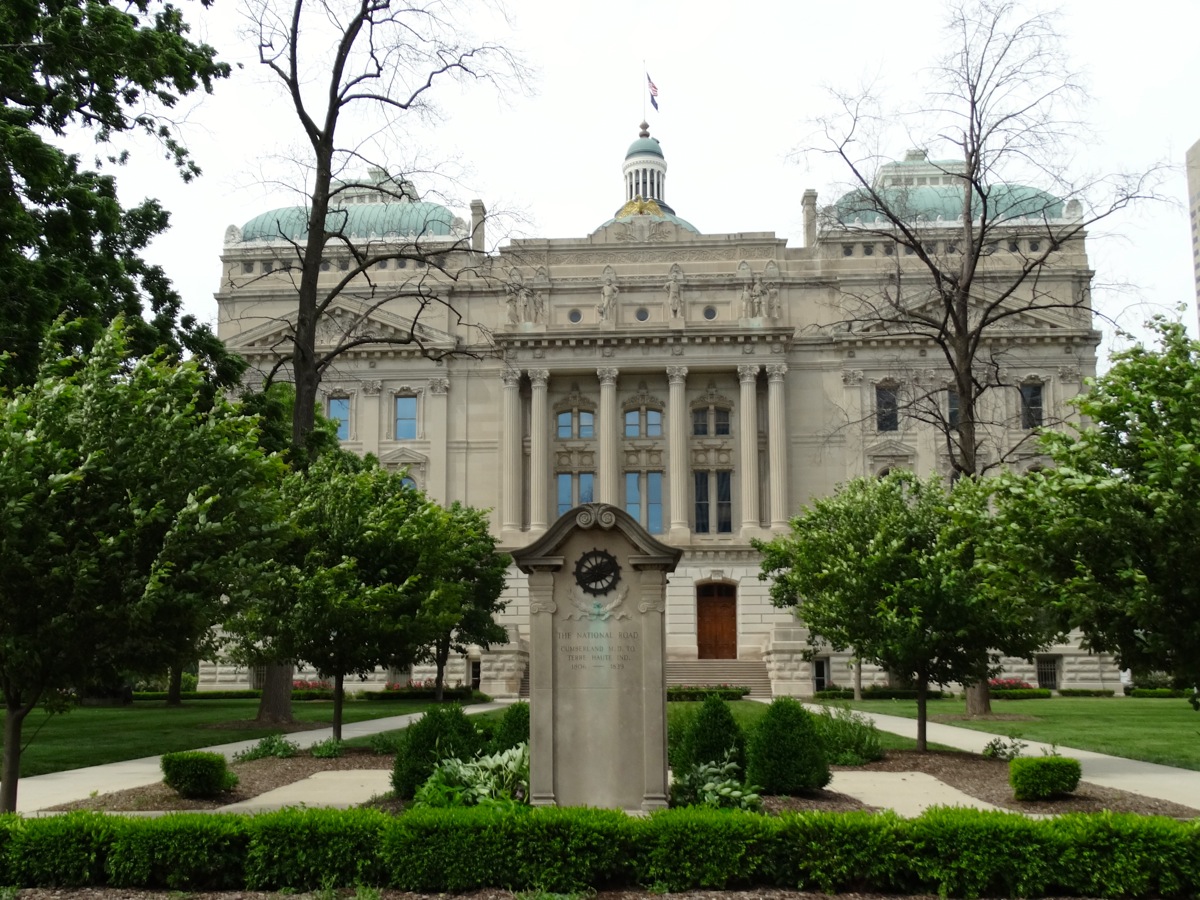 Drive up to Indianapolis.

Check in early and then go Downtown to explore. Really good tourist game in Indianapolis would be “hunt the visitors centre”. I’m dammed if we saw a single sign. Finally found one in the state park in town. Lovely building with guy sat counting the ceiling tiles and picking lint out of his navel. “Ah we’re only for the state park.” Complete waste of space. In fact putting some town brochures out would have at least filled the place.

Downtown is lovely, when you find it? Cultural 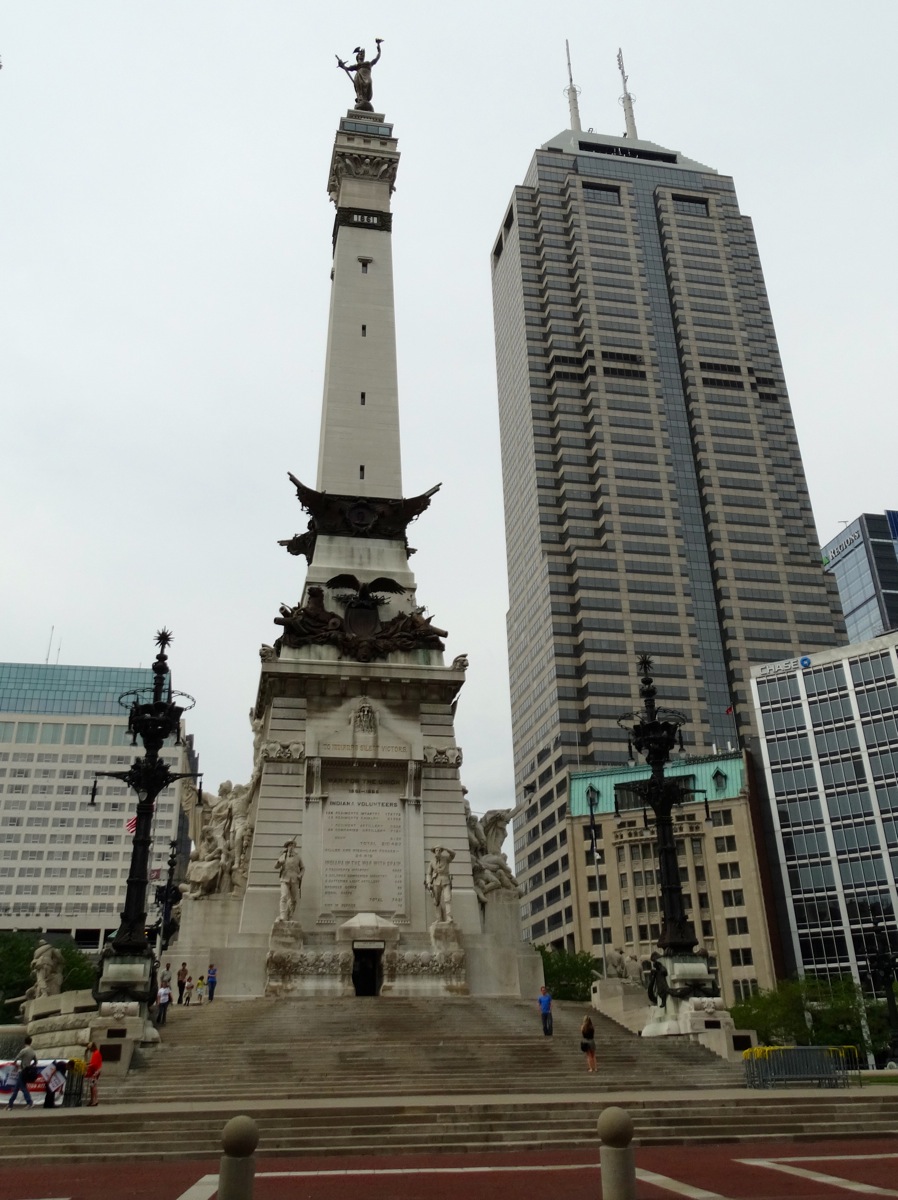 trail all through the town, elegant canal, not too busy, lovely buildings, plenty of museums and even a state park down town.

Have a pleasant wander around. Coffee at Starbucks. Place is heavy into war memorials. End up in a pleasant Mall, if that isn’t a contradiction in terms.

Thought we’d escaped the Bible belt but after Baptist and Jewish hospitals now we have Methodist. What hope is there for Aetheists! 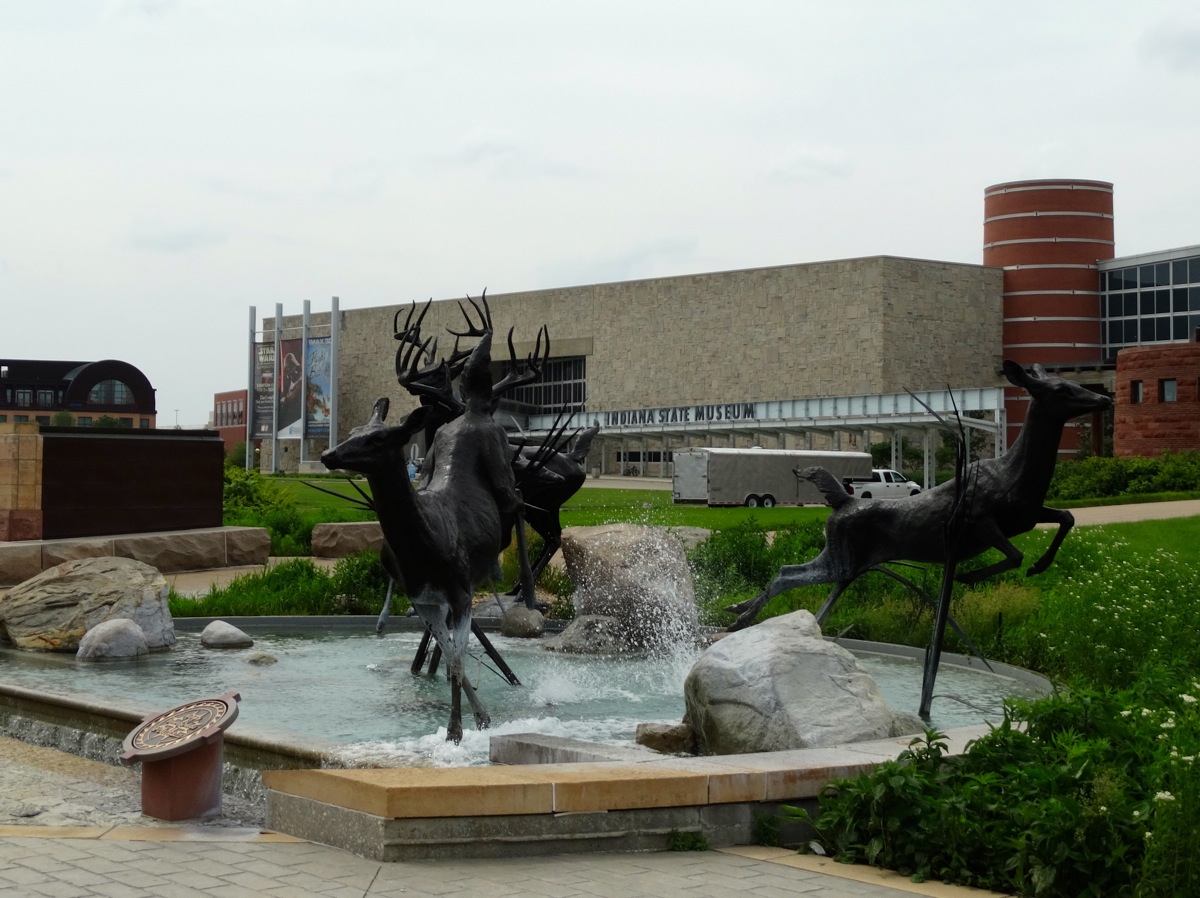 Wow I’ve just been awarded a TripAdvisor “Top Contributor” badge. I’m orgasmic! Pity they don’t give you a certificate I could have it framed and hung up alongside my 25 Yards Breast Stroke certificate. I think it would be great if they sent out physical badges such as “Top Whinger”, what an impression as you check in at hotel.

The murder of soldier Lee Rigby has unsurprisingly provoked a backlash of anger across the UK, including the attacking of mosques, racial abuse and comments made on social media. Eleven people have been arrested around Britain for making racist or anti-religious comments on Twitter following the brutal killing in 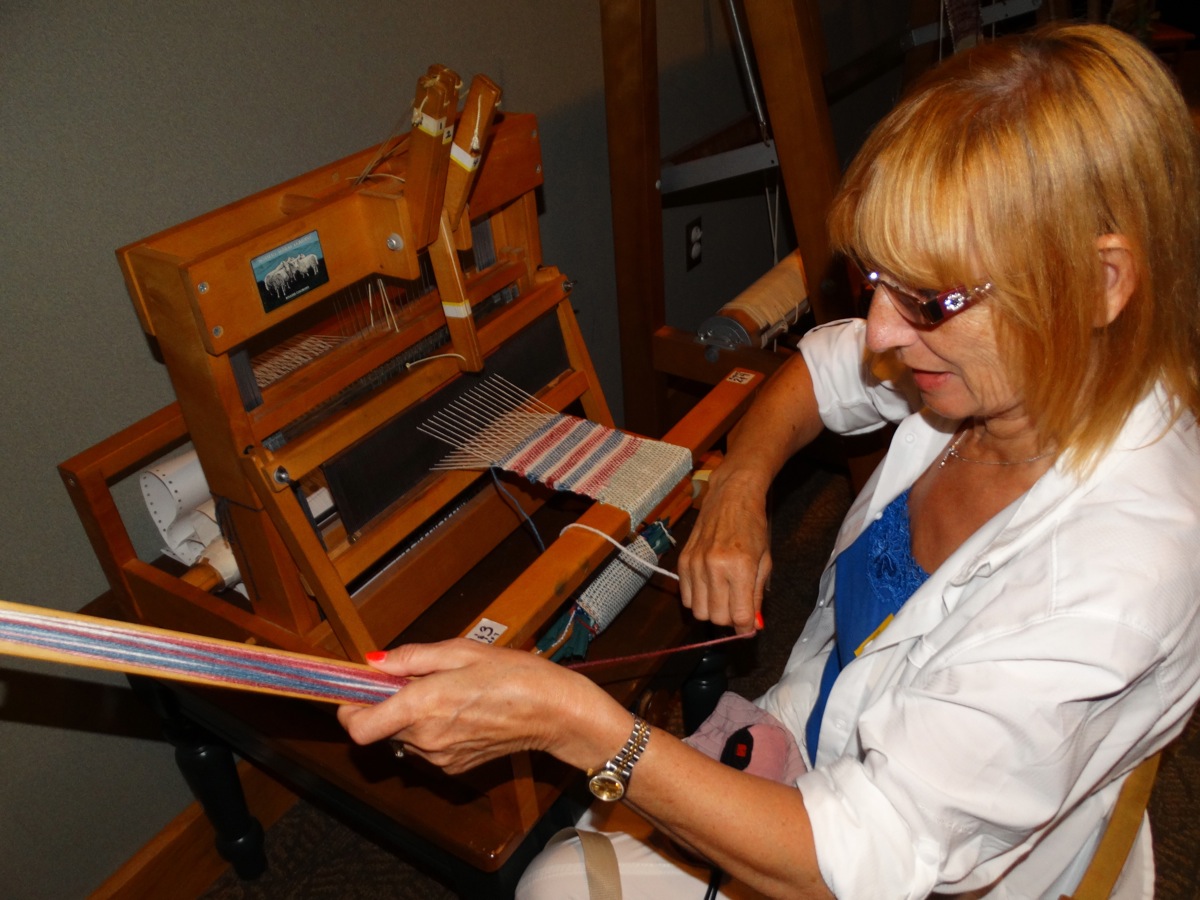 The incident has also prompted a huge increase in anti-Muslim incidents, according to the organisation Faith Matters, which works to reduce extremism. Before the attack about four to eight cases a day were reported to its helpline. But the group said about 150 incidents had been reported in the last few days, including attacks on mosques. 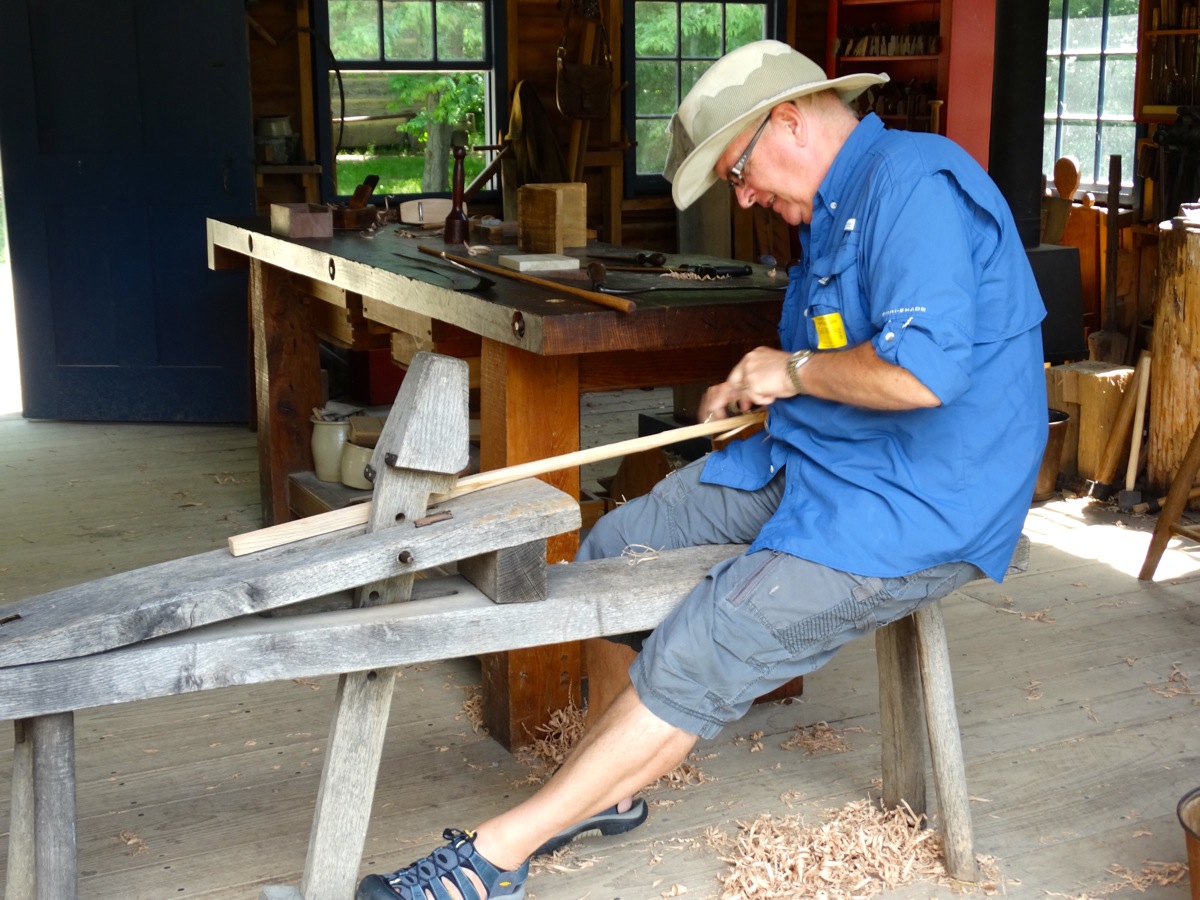 Two men from Bristol, were held under the Public Order Act on suspicion of inciting racial or religious hatred. Detective Inspector Ed Yaxley of Avon and Somerset Police said:

These comments were directed against a section of our community. Comments such as these are completely unacceptable and only cause more harm to our community in Bristol.

Surrey Police said a man has been charged in connection with comments placed on a social media website following the murder of the soldier. Superintendent Matt Goodridge said:

Surrey Police will not tolerate language used in a public place, including on social media websites, which causes harassment, alarm or distress. 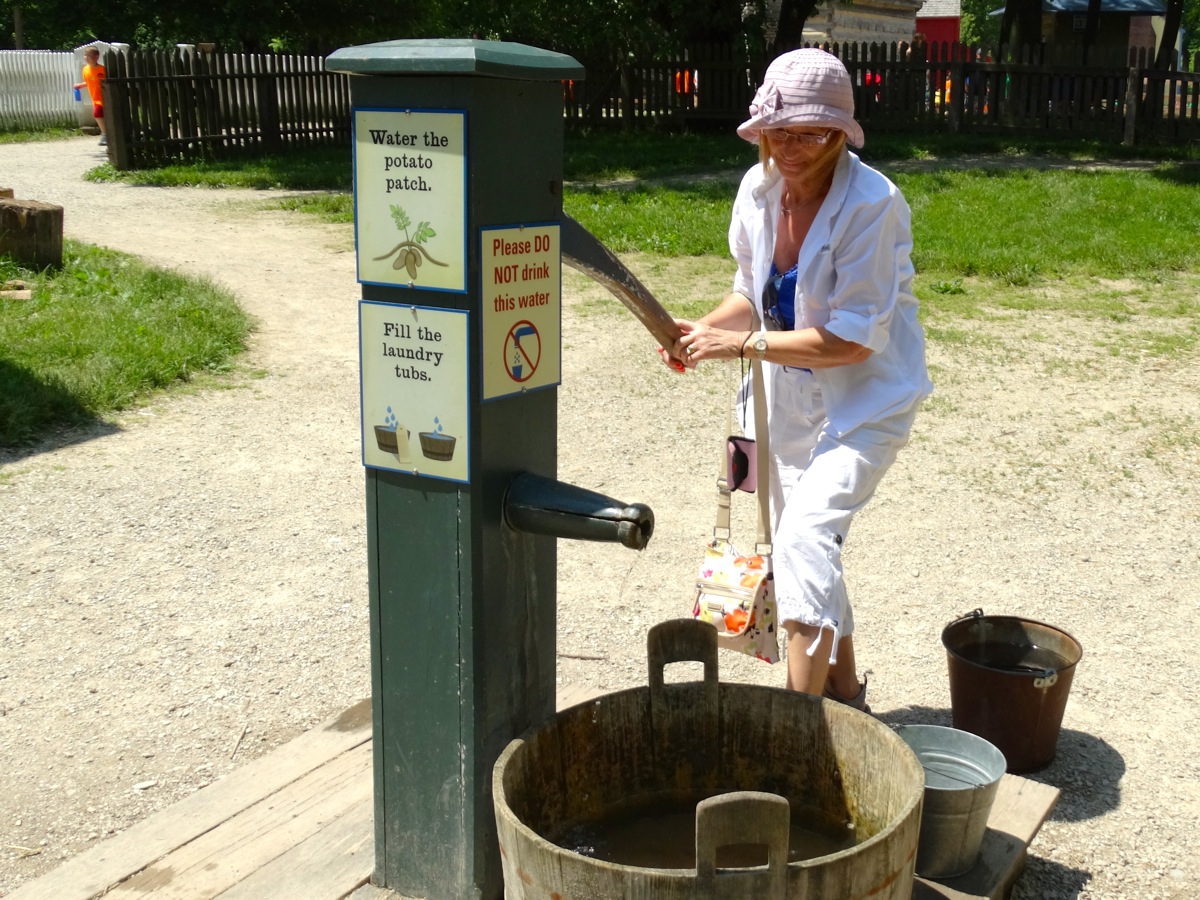 Meanwhile, a Southsea woman has been charged with allegedly sending a grossly offensive message on Facebook, an offence contrary to Section 127 of the Communications Act 2003.

So how is grossly offensive defined? It seems that the Law Lords have decided that “Usages and sensitivities may change over time … there can be no yardstick of gross offensiveness otherwise than by the application of reasonably enlightened, but not perfectionist, contemporary standards to the particular message sent in its particular context. The test is whether a message is couched in terms liable to cause gross offence to whom it relates.” A legal minefield. What about free speech – we need a 1st Amendment. Whatever happened to “Sticks and stones”.  Dangerous ground. 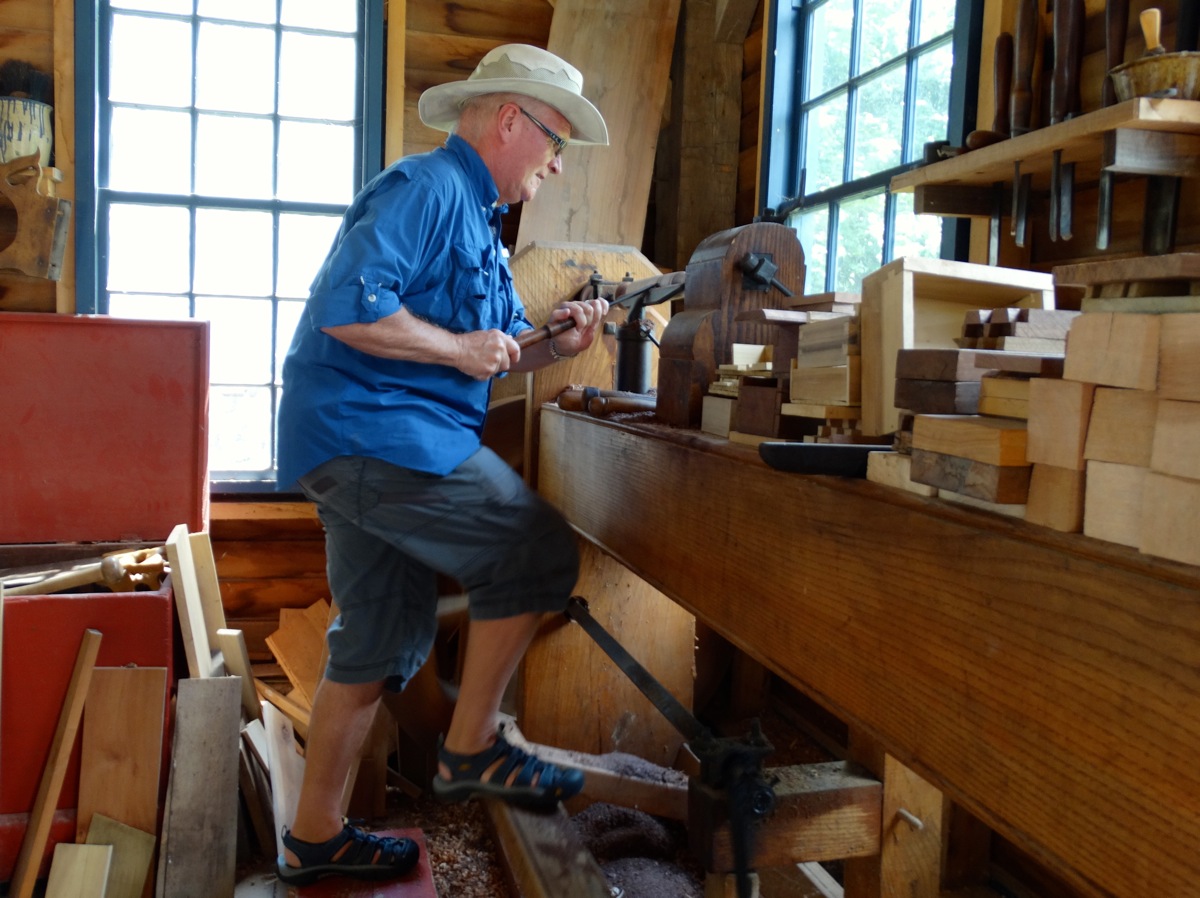 Getting ready for Illinois here’s some of there dumb laws:

Those under 21 can drink legally, but they must be enrolled in a culinary program to do so

You must contact the police before entering the city in an automobile.

The English language is not to be spoken.

You may be arrested for vagrancy if you do not have at least one dollar bill on your person.

Drove to Conner Prairie an Interactive historical park. Again no kids with us but they let us in and 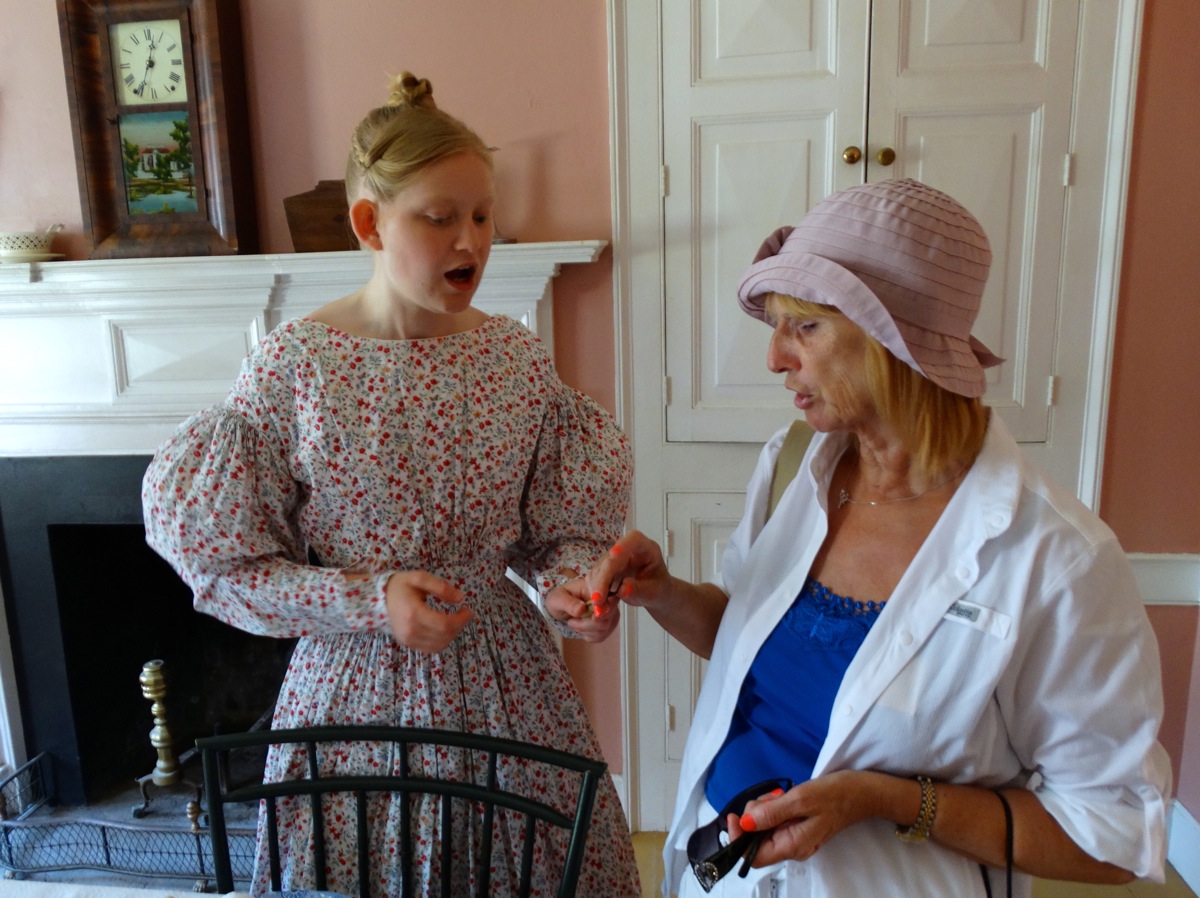 Wendy scrounged an OAP discount. What a fantastic place for all ages. Has an Indian Village; 1836 township; and Civil war Dupont town. Actors in period costume abound and tell you about life in those times. They keep in character and their time, will not discuss modern times. They’re all very knowledgable and passionate about their character or life skill.

Civil war tells the story of the 1863 Confederate raid on Dupont and makes fantastic use of modern technology to make it entertaining.

I had a great time in the woodwork shop talking to the joiner; used spokeshave to make a stick; had a go with treadmill lathe; tried my feet on the stilts; experimented with electric circuits. Pottery was fantastic. Wendy gets to try her hand at weaving. All done without having to sign a 94 page waiver or any H&S restrictions. 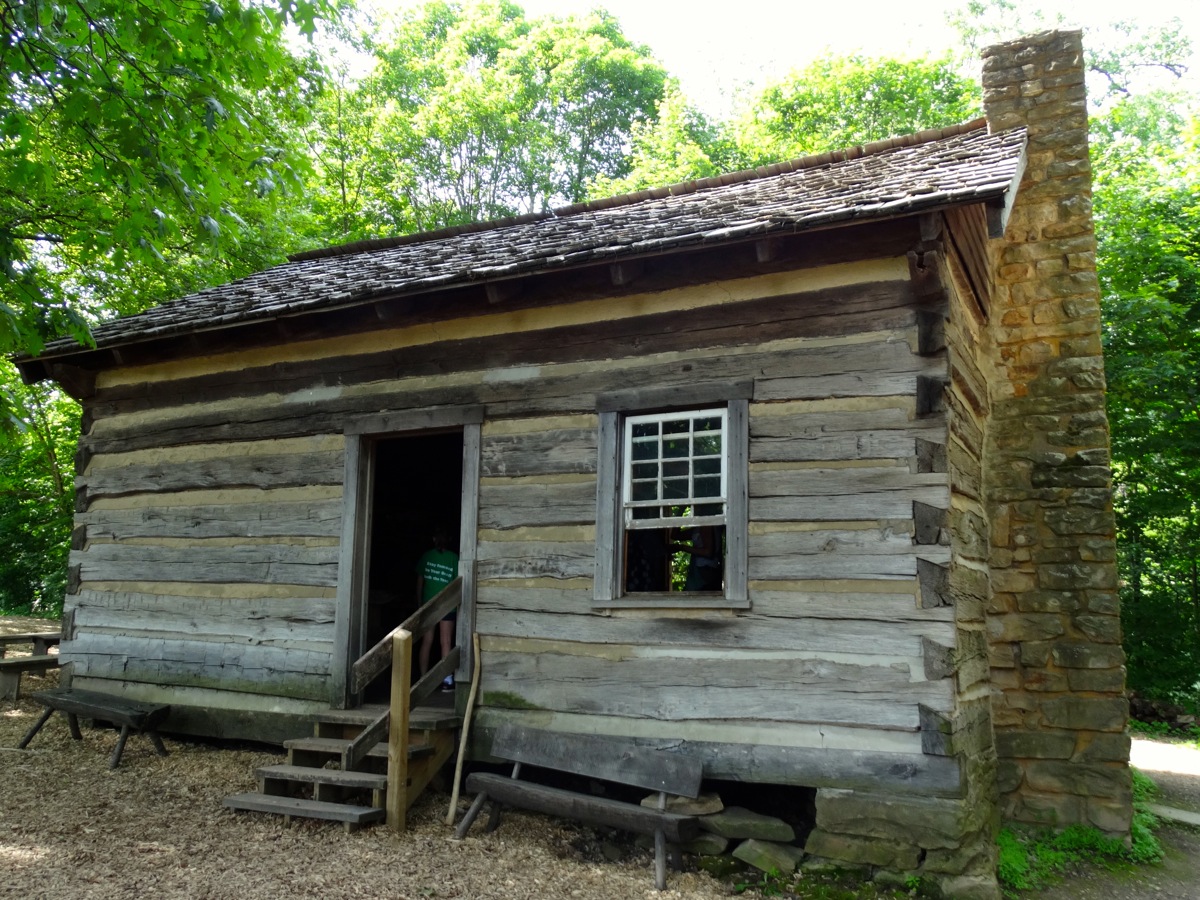 Great discussion with store keeper, how everything was on credit and settled up at the end of the year – very little bad debt. They even had a debit / credit systems between the various tradesmen, basic banking. Then we got a rant from him about the banking crisis of 1832 when President Jackson wouldn’t approve the National Bank – so it looks like nothings new then. Fantastic chat with the Blacksmith, learned how to make wheel rims and never realised what a highly paid member of society a Blacksmith was in those days – he’d earn enough in a year to buy his house 2 to 3 times over in a year. 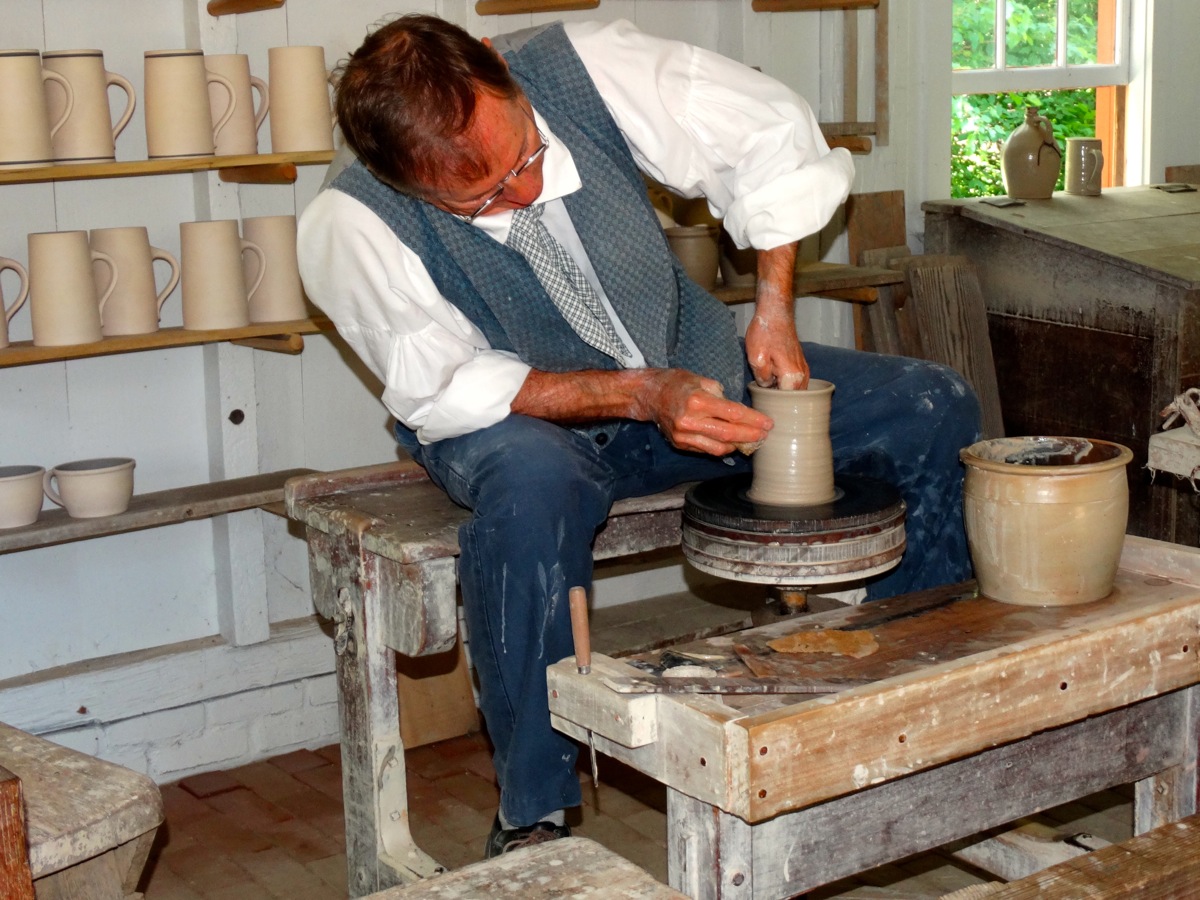 Beat it to death – what Blacksmiths did to meld metal together to create a metal ring for a tyre on a wheel.

Now heres a good idea we learnt from our visit of Conner Prairie, “Sale of Poor Person” back in 1836. No it’s not selling poor people into slavery. Rather it’s bidding to take care of someone infirm  or disabled. Lowest bid wins the duty to care for that person for the coming year and the State pays them the amount they bid. If they can do it for less they make a profit – Obama care?

A great day out. Epic! 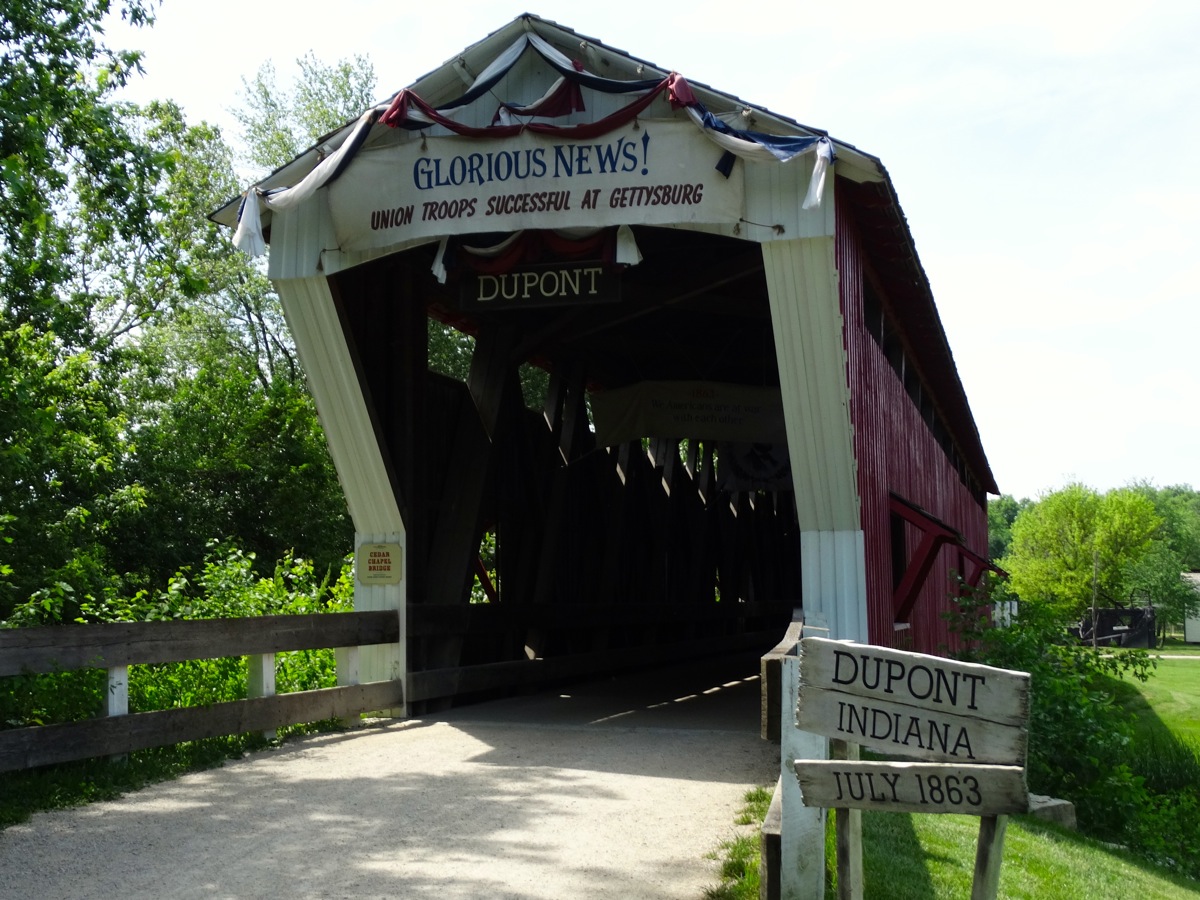 One may not pee in his neighbor’s mouth.

Citizens can be hit with a $120 ticket for having an improperly displayed and outdated city sticker on their car.

All businesses entering into contracts with the city must sift through their records and report any business they had dealing with slaves during the era of slavery.

It is illegal to give a dog whiskey.

It is forbidden to fish while sitting on a giraffe’s neck.

As always Pat Condell says it all see his superb rant, “Muslims must reject Jihad”, on the recent atrocities. To my mind sums it all up.