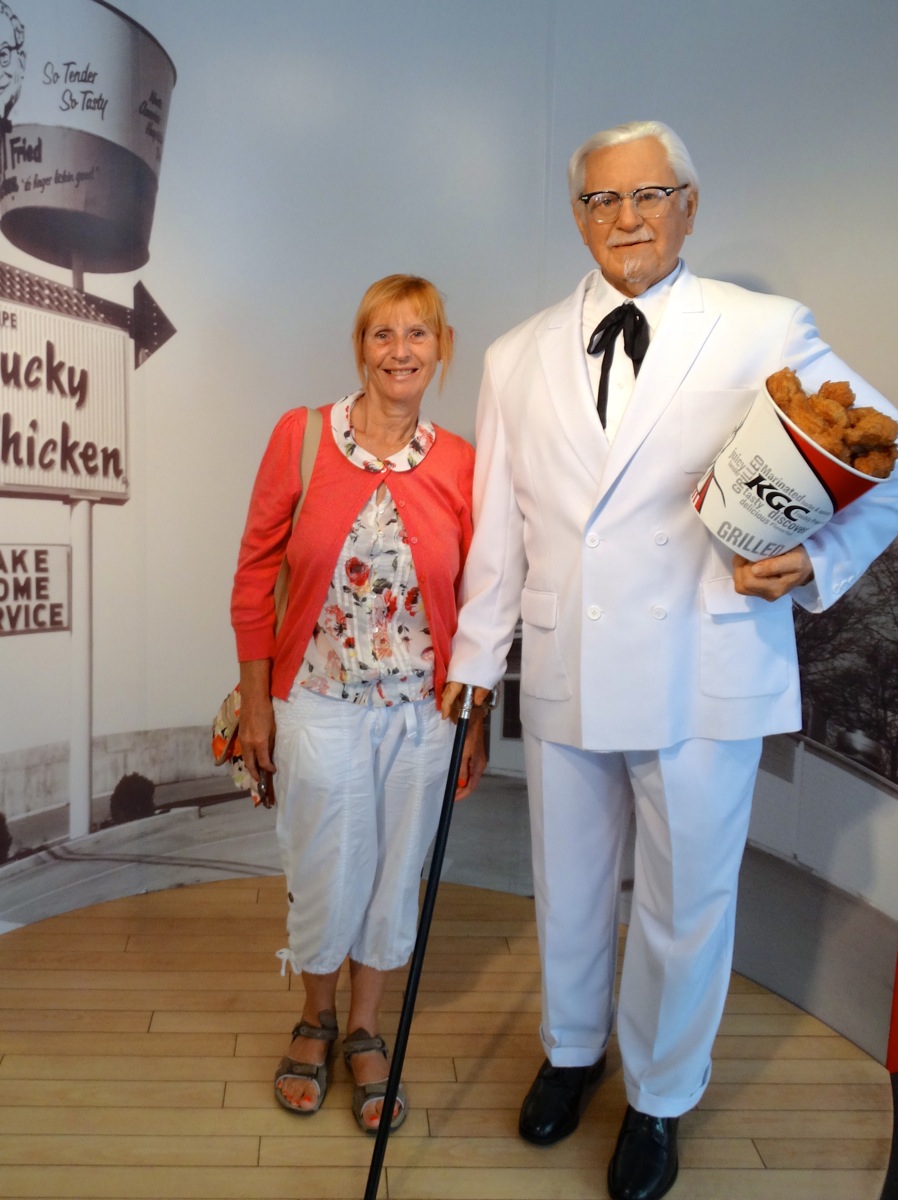 Forgot to mention the delightful scrots you must get at the science museum. When the lights came up in the Planetarium found a pair of knuckle dusters on one of the yoga mats you get to lie on. Obviously fell out of some scrots pocket. Kicked them under a mat so that they were hidden and if he came back wouldn’t find them. I suppose if you’re not allowed to bring guns in the NRA would say you need some form of defence. Saw the big fat black scrot marauding around. How did I know they were his. Well he had some bling knuckle dusters on a chain around his neck. 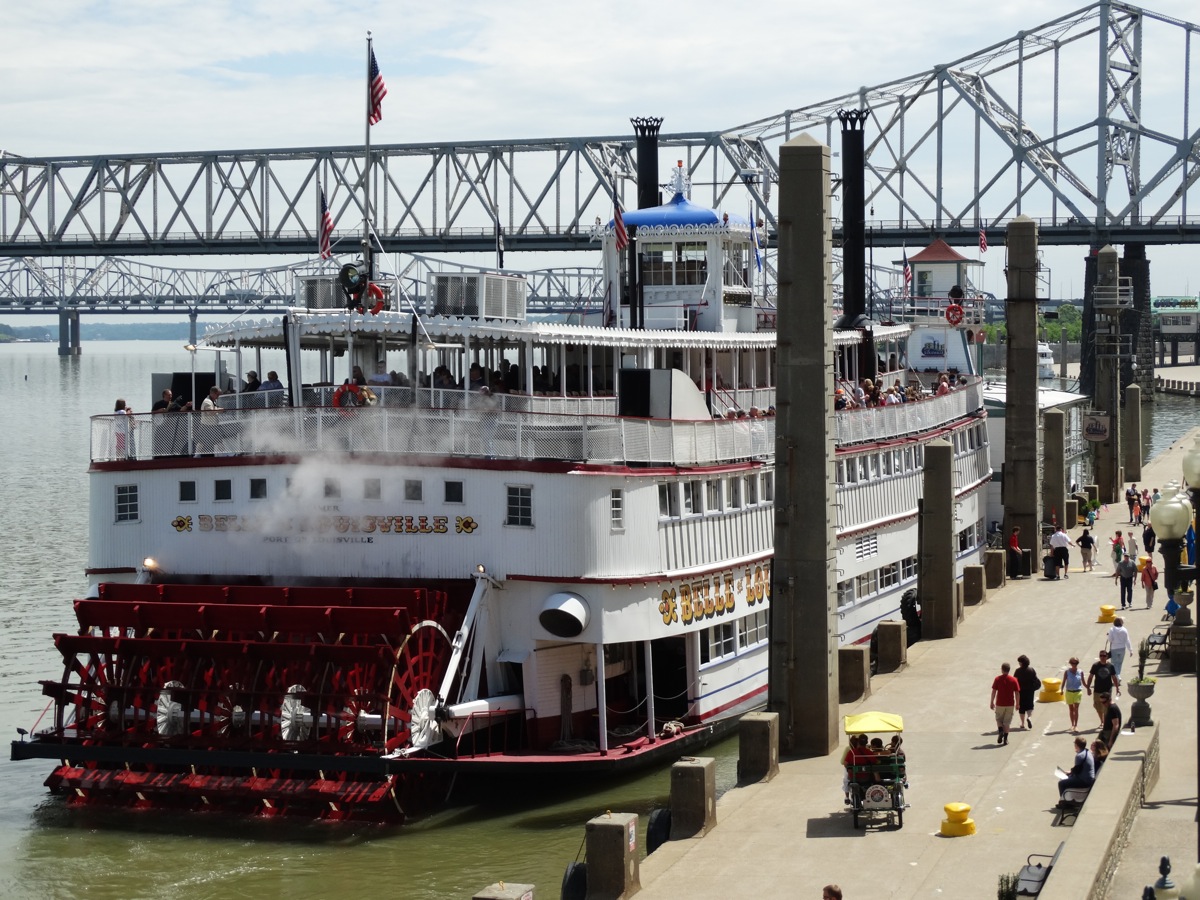 It’s goodbye to St Louis as we head to Louisville in Kentucky. Really liked St Louis, a pleasant relaxing city with plenty to do.

Driving through Illinois and Indiana one could think we’re in England, apart from the clear blue sky.

To be on the safe side, as we leave, I call in the supermarket to buy some wine. Kentucky is a bit too close to the Bible belt for my liking and the religious fanatics may have imposed their intolerant dry county laws. 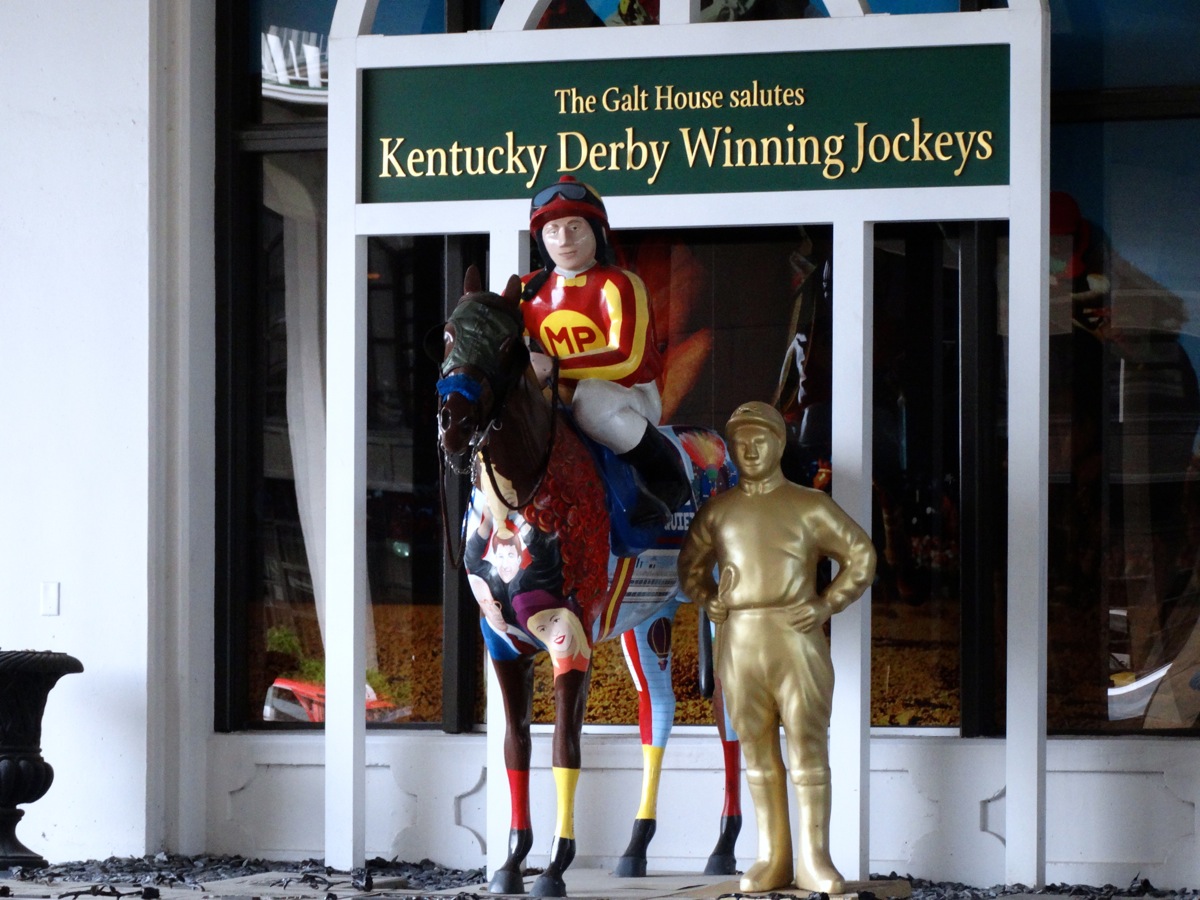 Check in and then toddle off down “The Avenue” for dinner. Typical marketeers bullshit, an over active imagination when describing “The Avenue”. Let’s face it they lie. Yes it has a lot of restaurants, but charm and character is a bit on the thin side. At least it’s not described as one of the top 10 streets in America, although to be fair it had more places to eat than the one in St Louis. Could do with these marketeers doing a job on Blackburn.

Eat at the “Irish Rover”. Food was pretty good and it certainly had atmosphere. 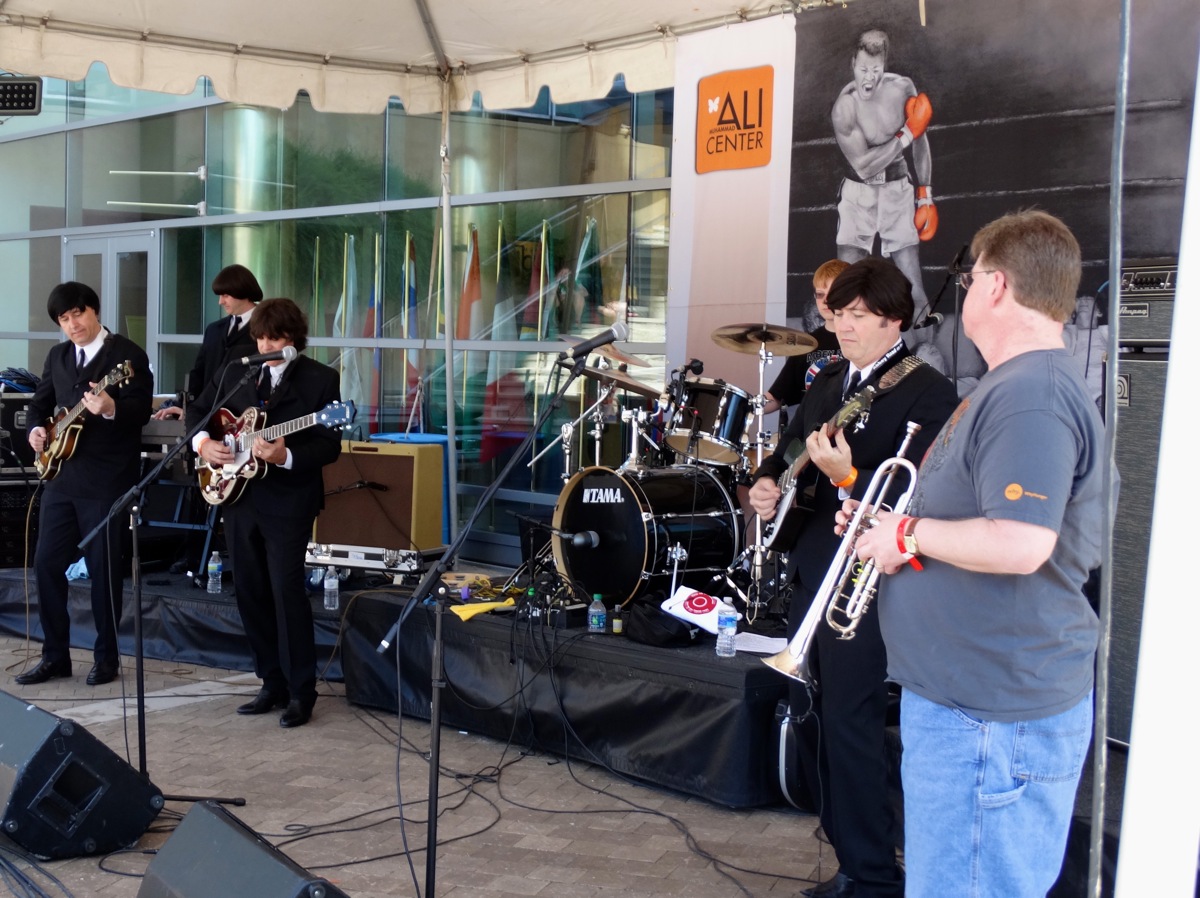 Amazing Wendy asks for cucumber and they say lettuce. I know our accents are different but how can these two words be confused. We’re finding the accents around here easier to understand yet “they” are really struggling to understand us.  God help us.

Catch some quality American TV – The Lone Ranger – my god makes you cringe at how basic it was. Yet as a kid it was awesome. I even remember going to the pictures where he turned up in person on his horse Silver.

What a boring state Kentucky must be. Hardly any crazy laws:

Throwing eggs at a public speaker could result in up to one year in prison. (Repealed, 1975) 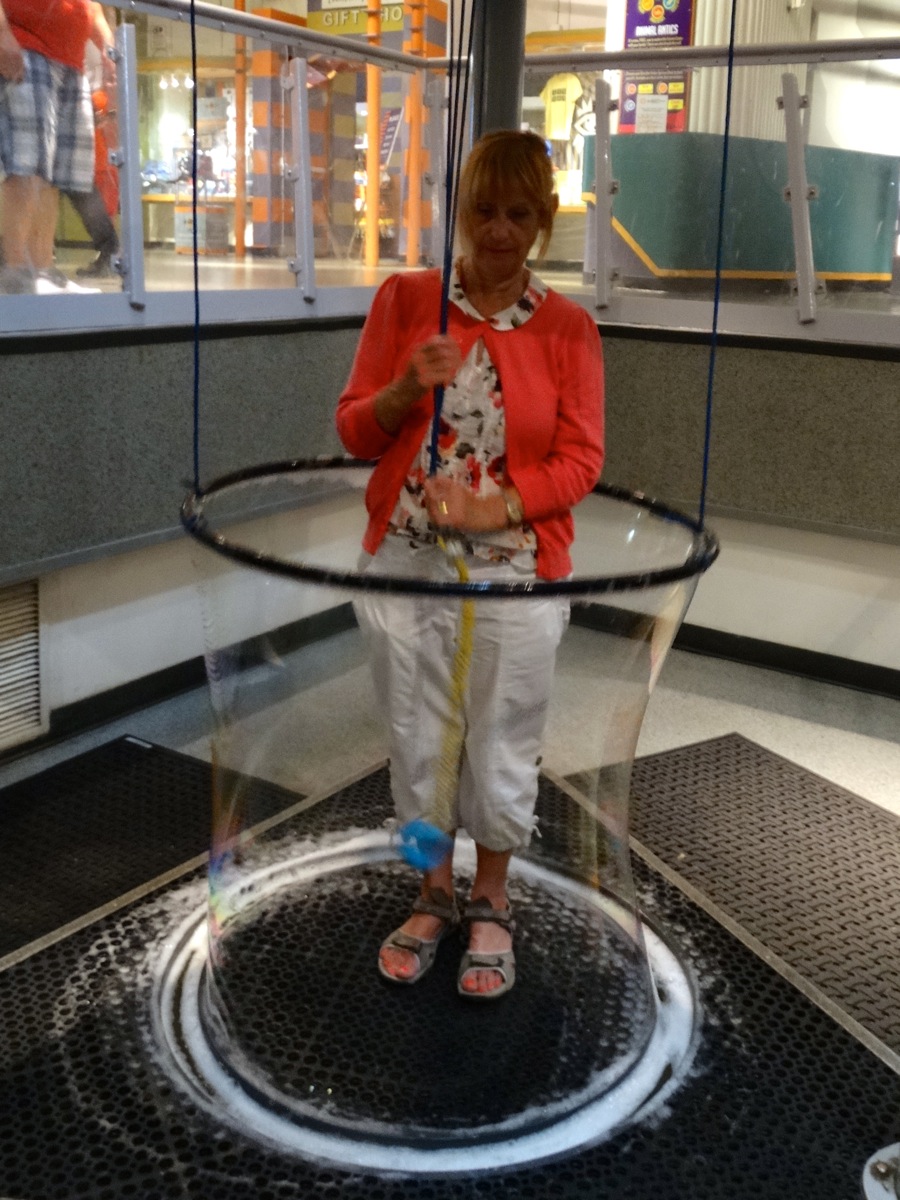 One may not dye a duckling blue and offer it for sale unless more than six are for sale at once.

It is illegal to fish with a bow and arrow in Kentucky.

Dogs may not molest cars.

A woman may not buy a hat without her husband’s permission.

An Istanbul court has sentenced Turkish-Armenian writer Sevan Nisanyan to 58 weeks in prison for an alleged insult to the religious character Muhammad in a blog post. The charges were insulting the religious beliefs held by a section of the society. 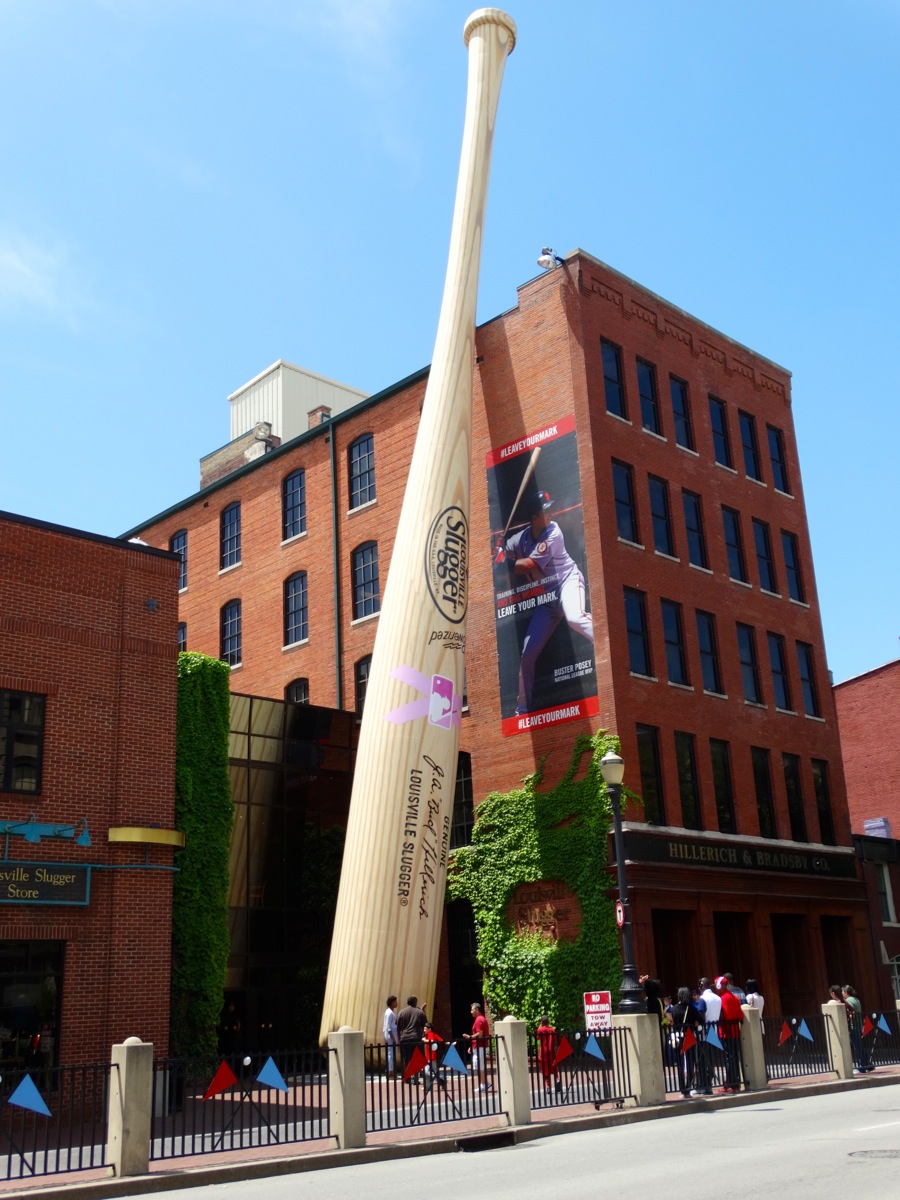 Nisanyan was charged with blasphemy after writing a blog post titled:

[We] need to fight hate speech. Making fun of an Arab leader who claimed he contacted Allah hundreds of years ago and received political, financial and sexual benefits is not hate speech.

On May 22, the day of the sentencing, Nisanyan bravely retweeted his blog post, writing:

Let’s share the article that was sentenced to 13-and-a-half months at the Istanbul 10th Criminal Court for insulting religious bla-bla.

Now I suppose I’ll have to keep out of Turkey 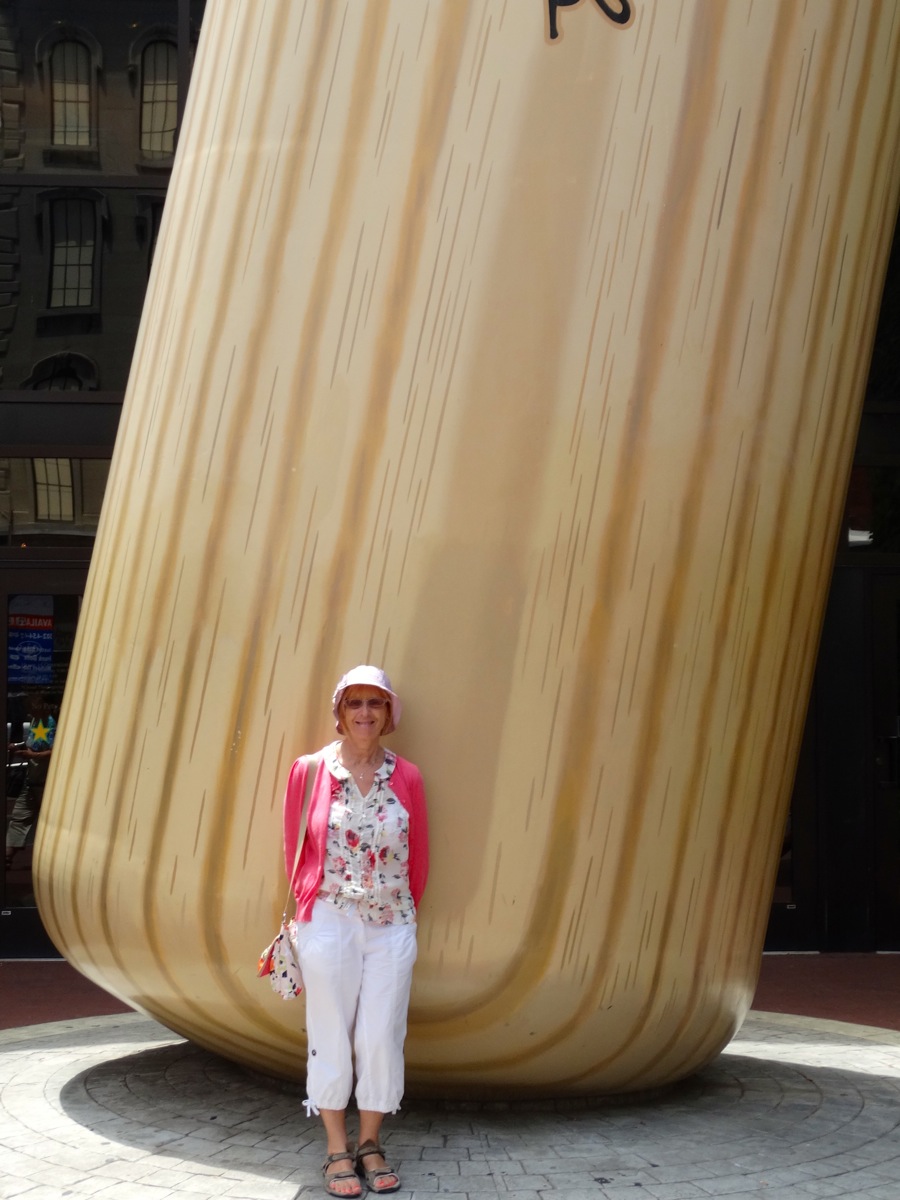 Breakfast at the hotel is totally depressing. Quite a good spread but of the 25 people in having breakfast there’s only Wendy and 1 other who isn’t grossly obese. I stick to a bowl of cornflakes and pass on the waffles, bacon and eggs.

Drive down to Main St to do a walking tour of the area and 4th St. Visitors Centre are running a scavenger quest around downtown so we give it a go. Quite interesting as it takes us around the more interesting areas of downtown and the waterfront. Free to enter, all good fun and you get a free Tee shirt at the end of it – can’t be bad. 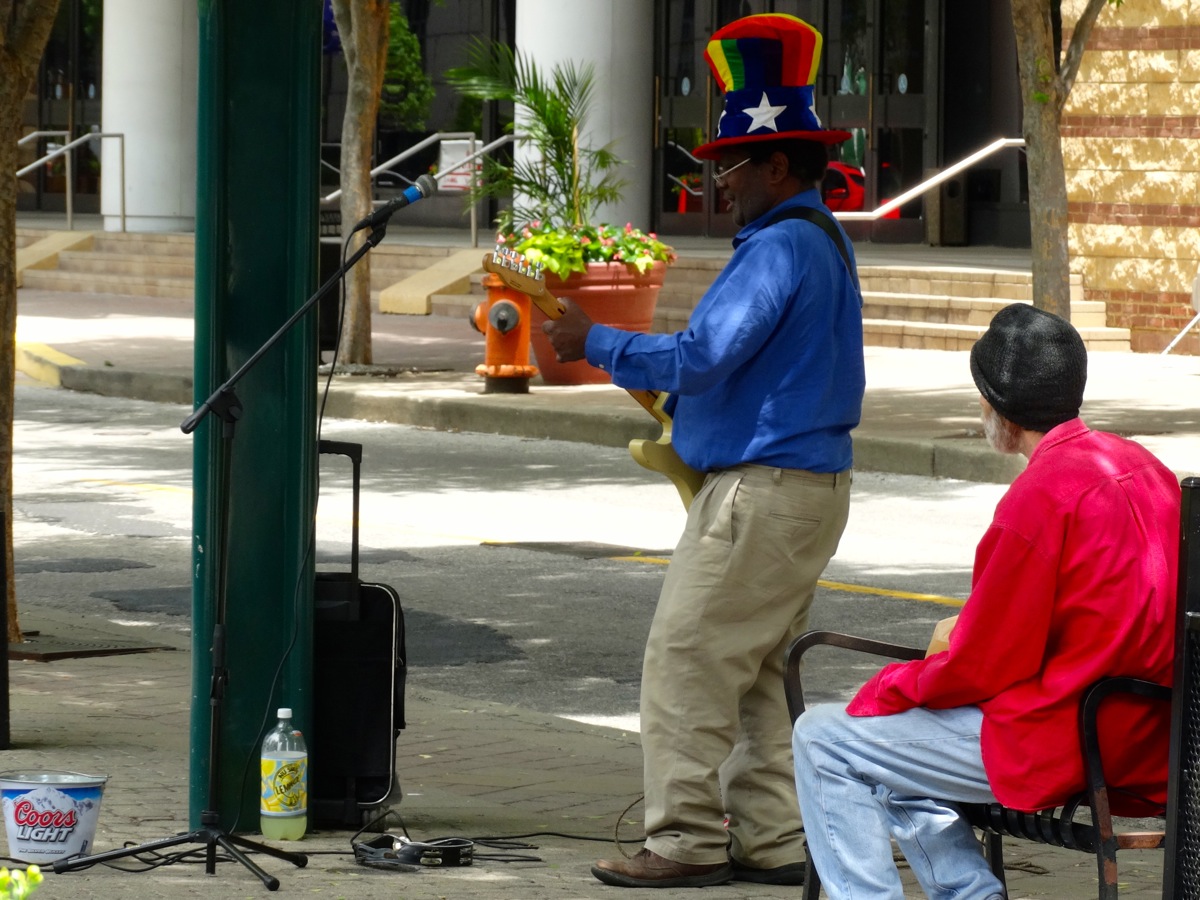 Quite a relaxing city. Loads of museums, places to visit and some impressive architecture. There’s an Abbey Road (Beatles) concert on all weekend. Fortunately, at $30 each, we give it a miss although we do briefly watch one look alike group.

Seek out the famous Derby Clock and finally find it despite the map that is wrong. Visitors centre are amazed the maps wrong, mind you they claim they’ve only recently moved the clock! 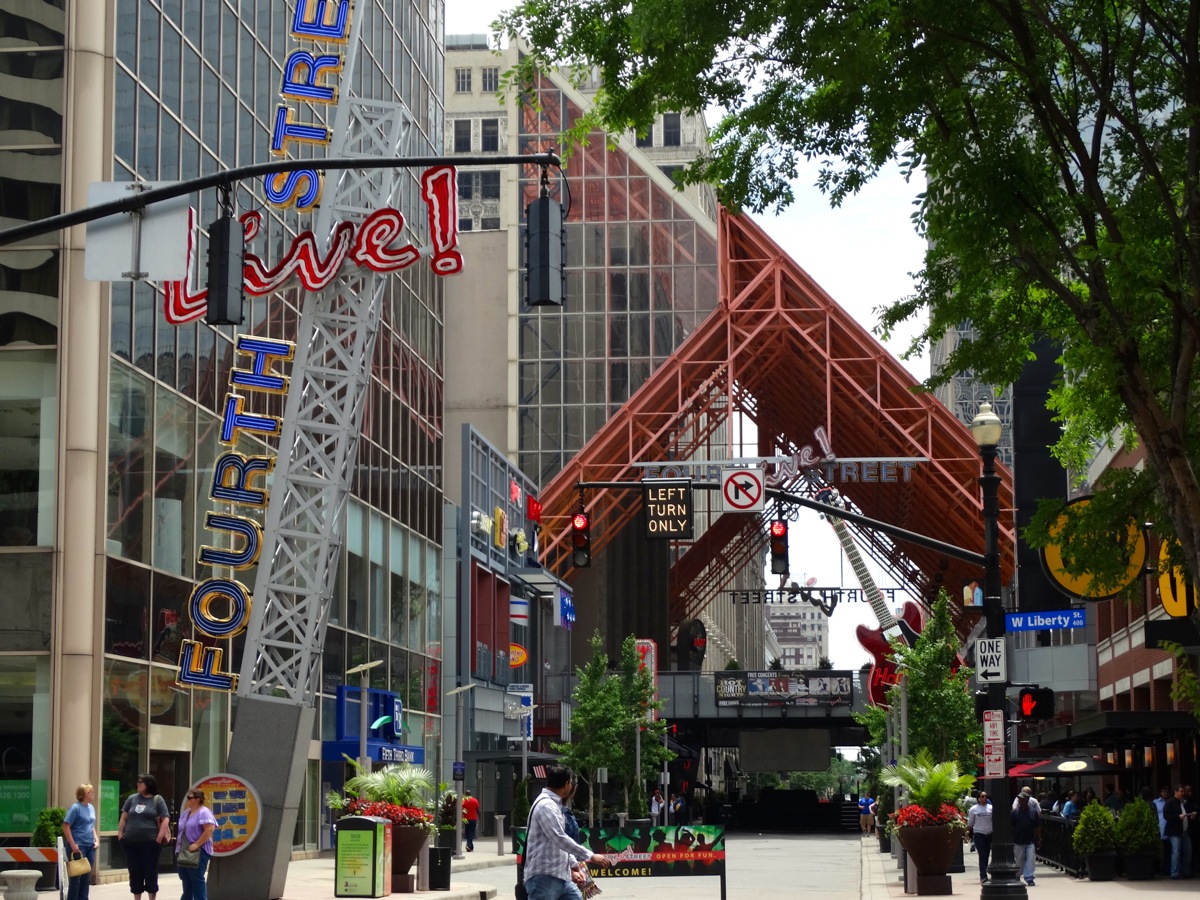 Louisville seems to be yet another town, like St Louis, that has a Jewish hospital. In the Bible belt there seems to be a lot of Baptist hospitals. Don’t see any Islamic or Taliban hospitals!

Some crazy laws in Indiana:

Waitresses may not carry drinks into a restaurant or bar.

Hotel sheets must be exactly 99 inches long and 81 inches wide.

If any person has a puppet show, wire dancing or tumbling act in the state of Indiana and receives money for it, they will be fined $3 under the Act to Prevent Certain Immoral Practices. 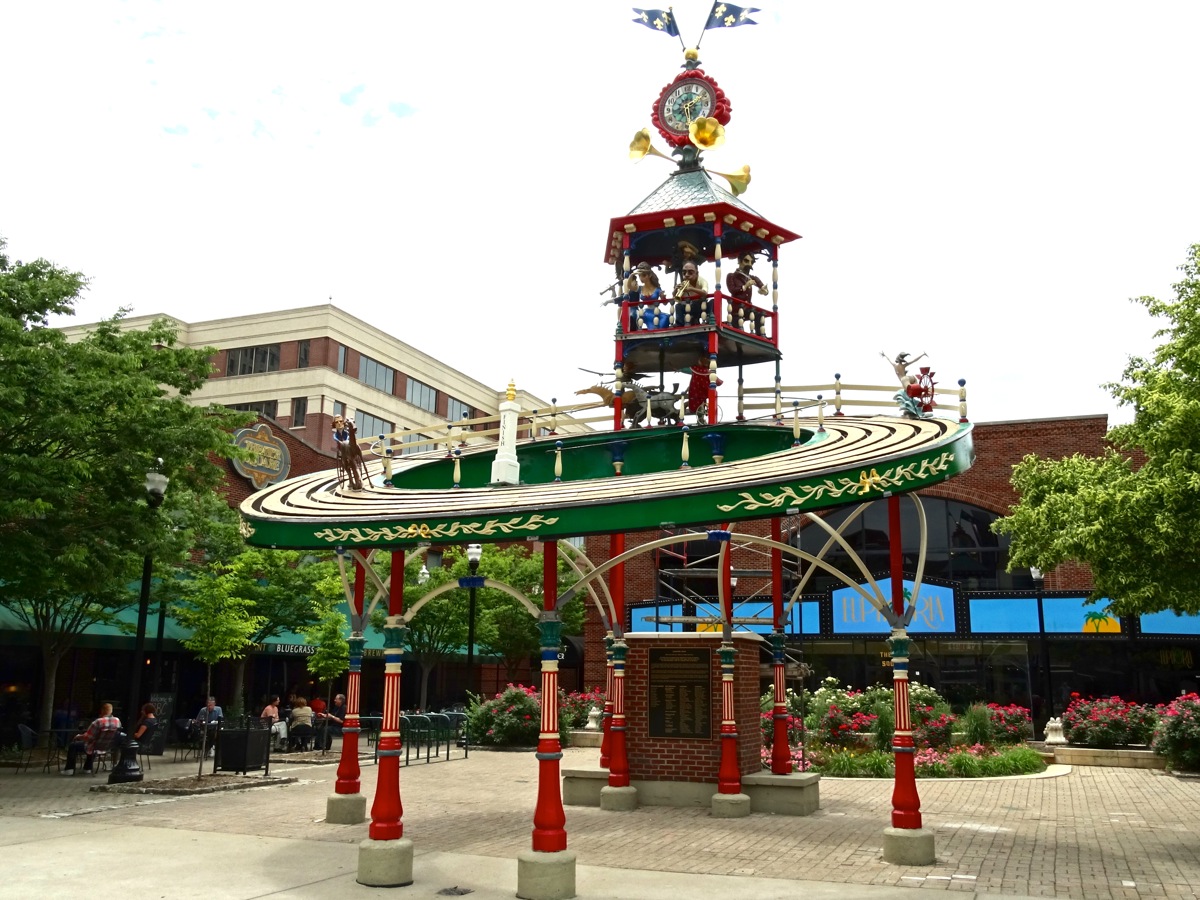 Anyone 14 or older who profanely curses, damns or swears by the name of God, Jesus Christ or the Holy Ghost, shall be fined one to three dollars for each offense, with a maximum fine of ten dollars per day.

A three dollar fine per pack will be imposed on anyone playing cards in Indiana under the Act for the Prevention of Gaming.

It is illegal for a man to be sexually aroused in public.