Wednesday – sun and cloud but warm. 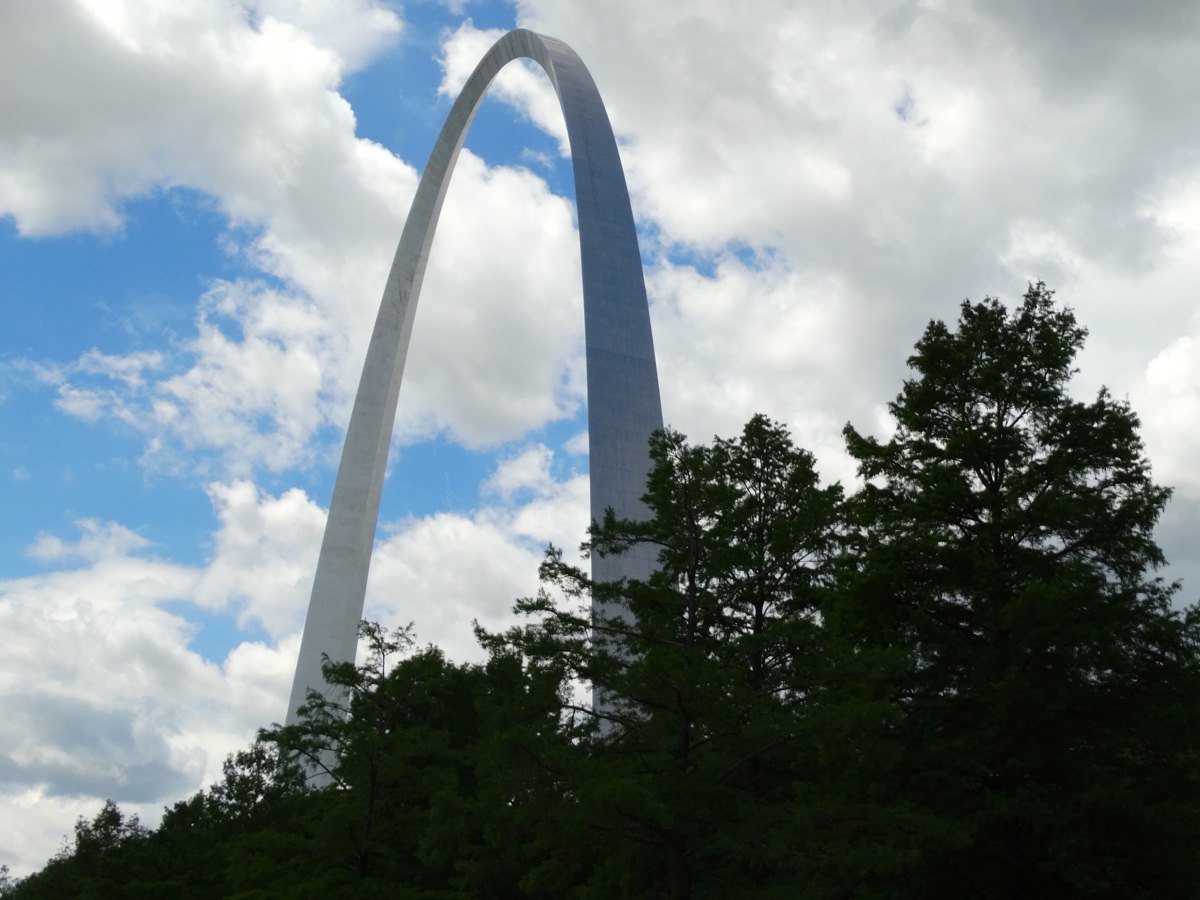 Visit the USA’s  tallest monument, at 630 feet, the Gateway Arch has beckoned visitors for more than 40 years with its iconic, awe-inspiring shape. The vision of renowned architect Eero Saarinen, the Gateway Arch commemorates Thomas Jefferson and St. Louis’ role in the westward expansion of the United States.

I take the tram trip up to the top and the viewing platform. Certainly not for the claustrophobic so Wendy wisely passes. I have my prayer mat out praying that I’m not in one of the 5 man pods with 4 bloobies for the 5 minute trip to the top – given a 35% obesity rate the odds are not in my favour. Well worth it. Great views and a stunning landmark. 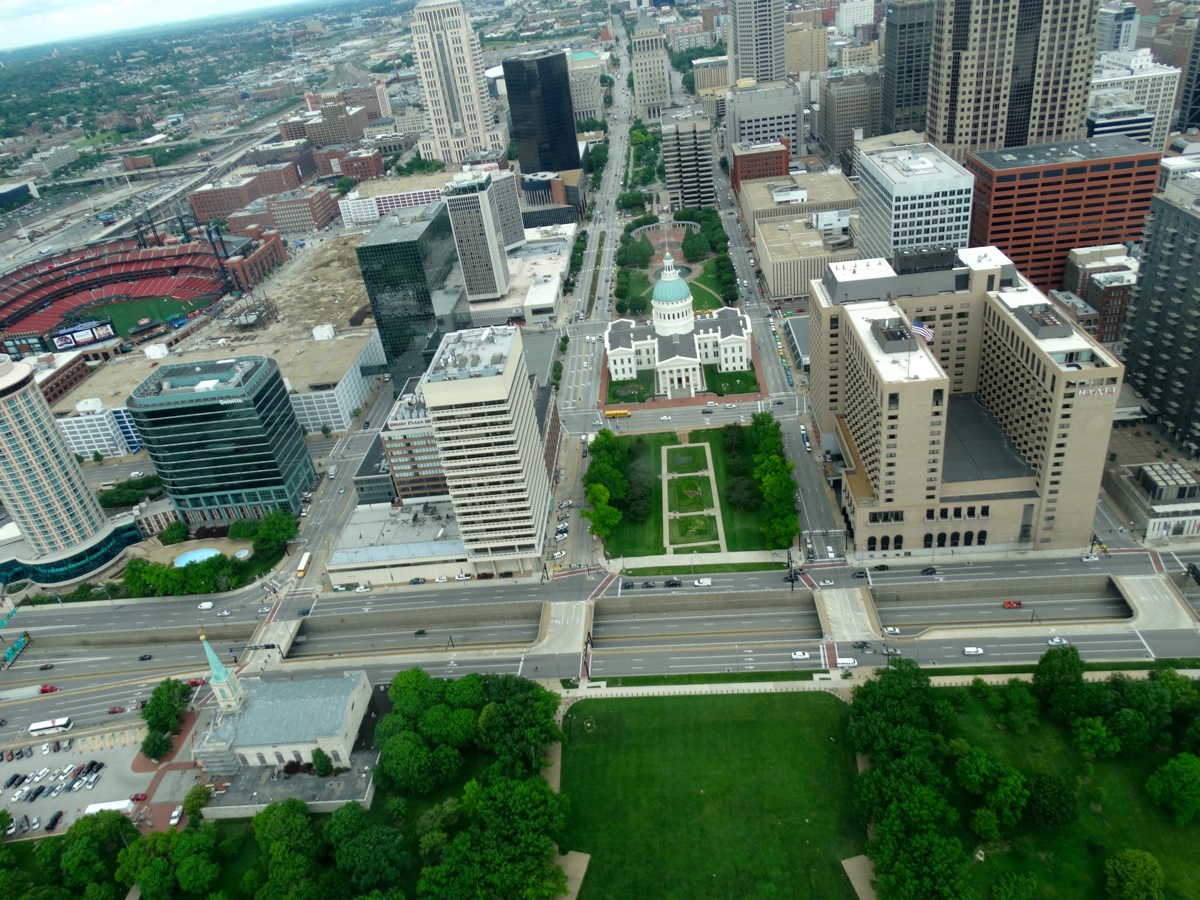 The visit the free Westward Expansion Museum. 200 years ago, Lewis and Clark set out on their great journey. Today, the Gateway Arch stands as the iconic monument symbolizing the westward expansion of the United States.

Two great attractions in the one location. You might know it was run by the National Parks, well worth it as always. 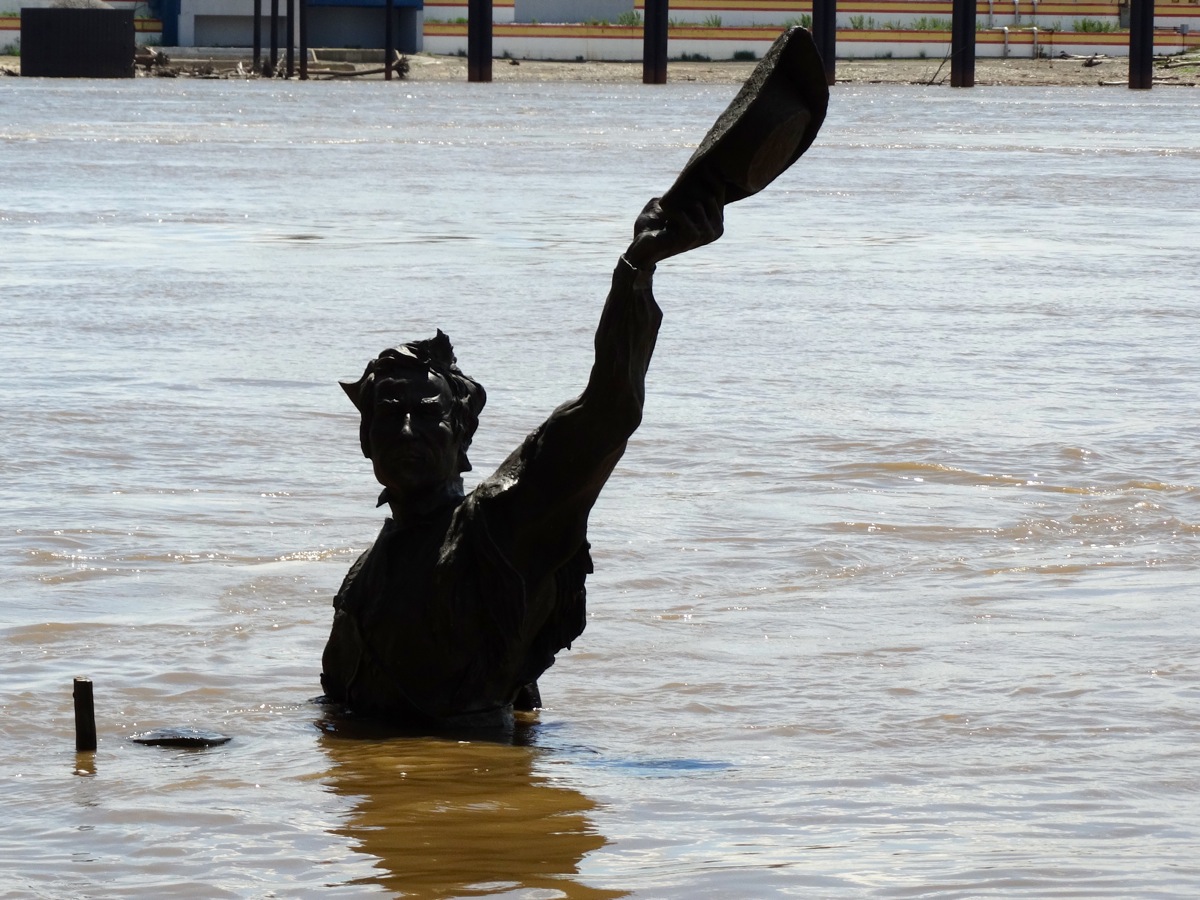 the Japanese garden was done on a grand scale and it was great to see the more spacious changing vistas as you made your way around. I still think the one in Portland was the best so far, even though more compact.

Then we drive down to the Loop. Supposedly one of the top 10 streets in America. Doesn’t say diddli squat for the other 9. Grossly overrated, typical of what you get when Marketing Men put together travel literature. Have dinner at Fitz’s Premium Rootbeer Restaurant. Fried Ravioli is a St Louis speciality and is quite nice. Pass on one of their Ginger Rogers – Pi Ginger Beer topped with 3 blobs of vanilla ice cream, caramel sauce and whipped cream, see picture. 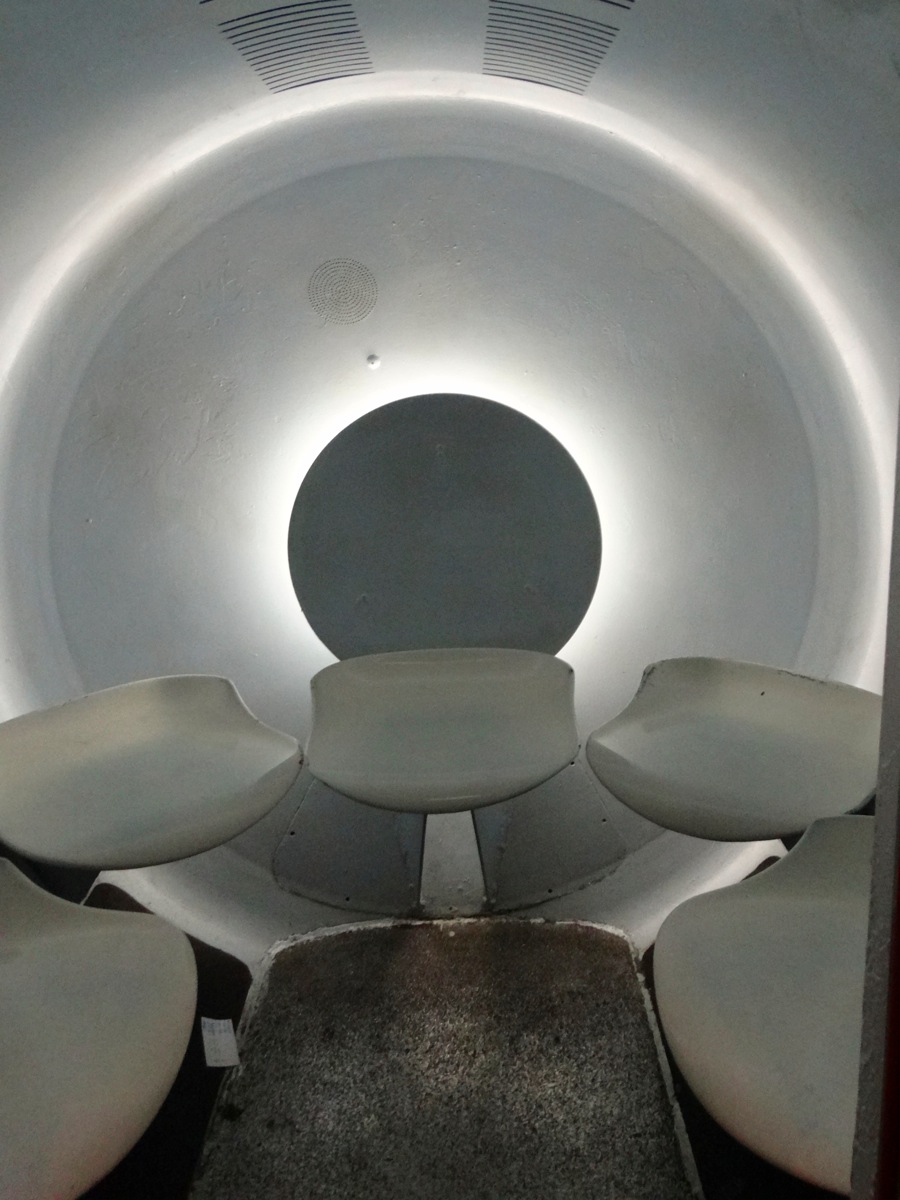 Now here is a country that’s been added to my must visit list. Free Wifi all over Taiwan, now that’s civilised.

Yet more terror in the name of religion:

‘You and your children will be next’: Islamic fanatics wielding meat cleavers butcher and try to behead a British soldier, taking their war on the West to a new level of horror
One of the men arrested is believed to be Michael Adebolajo
Two men repeatedly stab and tried to behead off-duty soldier in SE London
They shouted ‘Allah Akbar’ attack and told 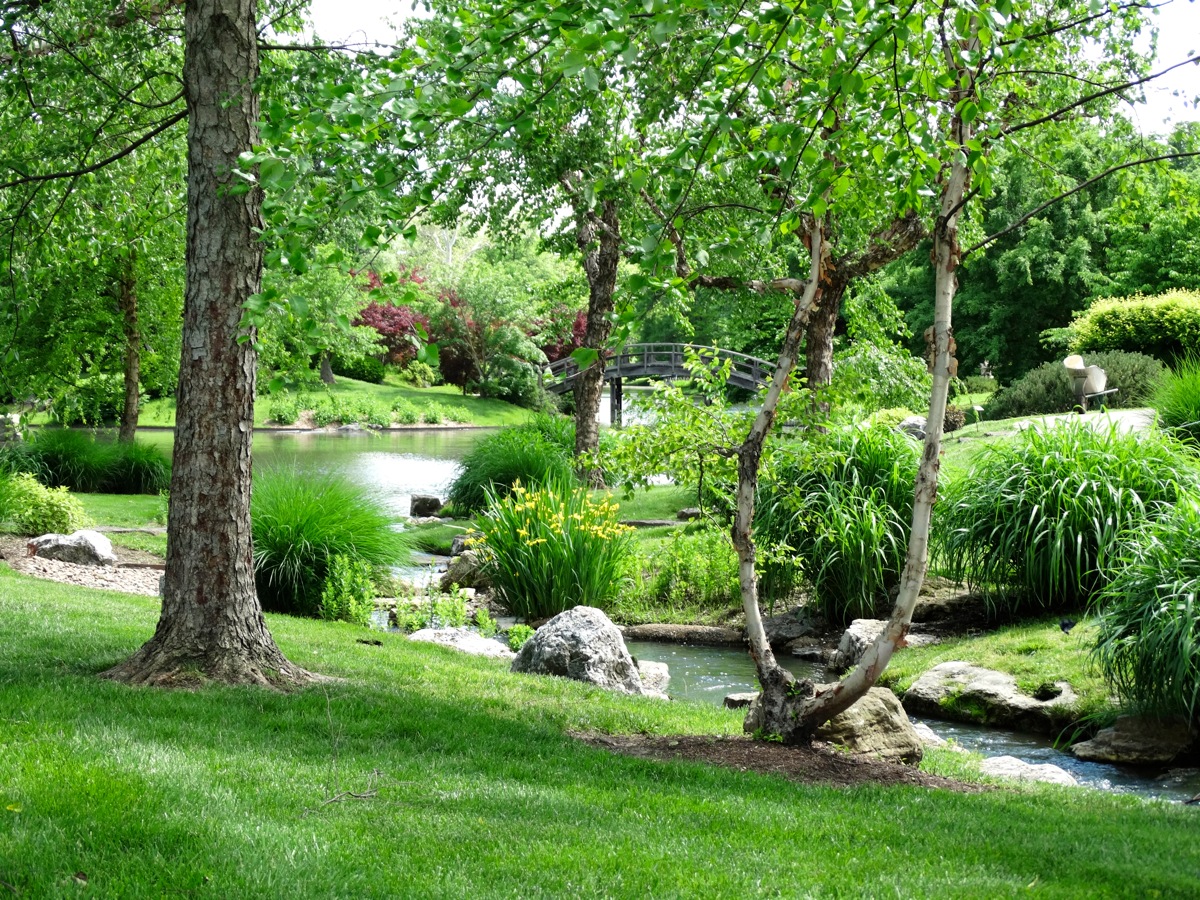 witnesses to film them

Charged at police officers with rusty revolver, knives and meat cleavers
Killing took place 200 yards from barracks and close to primary school
Both men placed under arrest after being treated for gunshot wounds
PM: Killing is ‘sickening’ and Britain will ‘never buckle’ in face of terror.

Good to see that the council of Mosques denounced this unreservedly. Meanwhile hate preacher Anjem Choudary blames presence of British troops in Afghanistan for Woolwich killing as he admits to attending the same mosque as suspect. It really is about time the clowns kicked this scrot out. 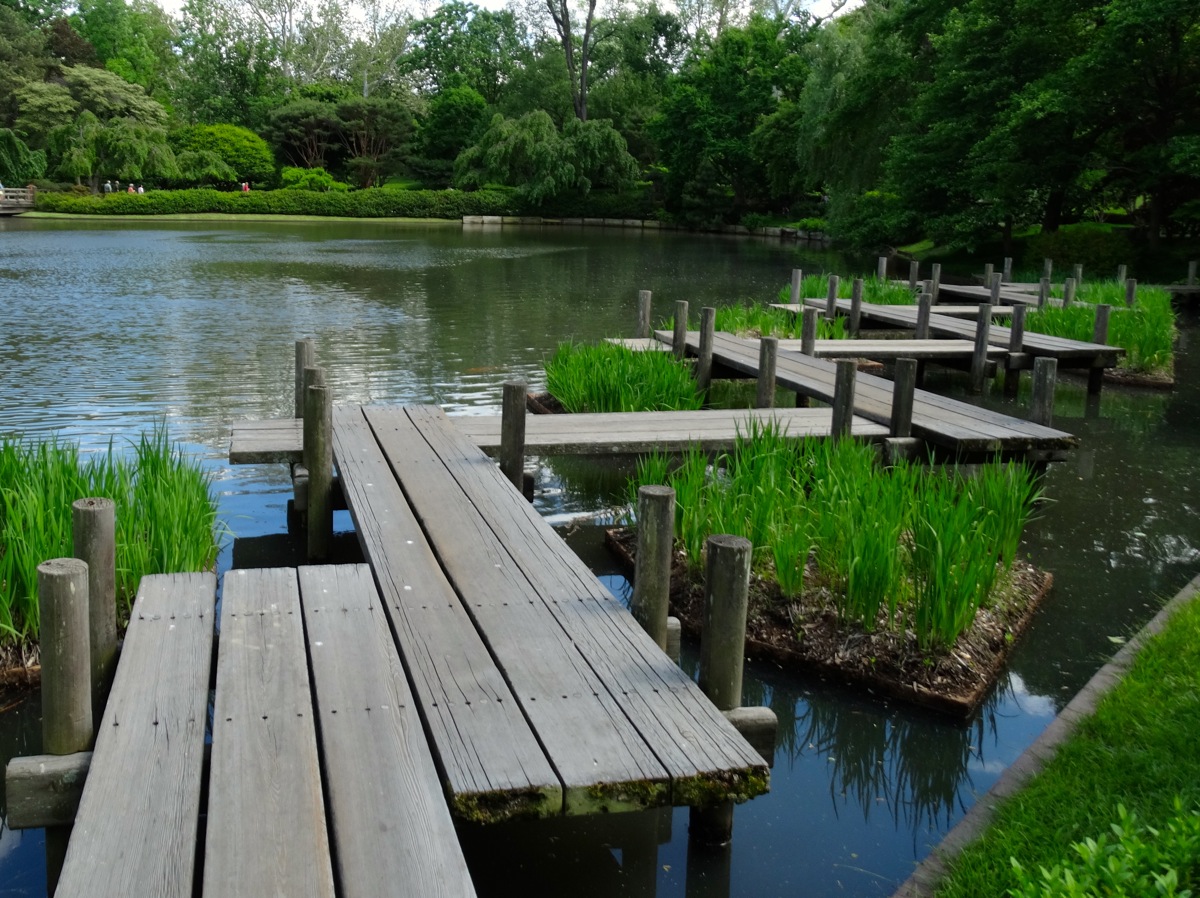 It is illegal for more than four unrelated persons to occupy the same dwelling (The Brothel Law).

Frightening a baby is in violation of the law.

It shall be unlawful to provide beer or other intoxicants to elephants.

A milk man may not run while on duty. 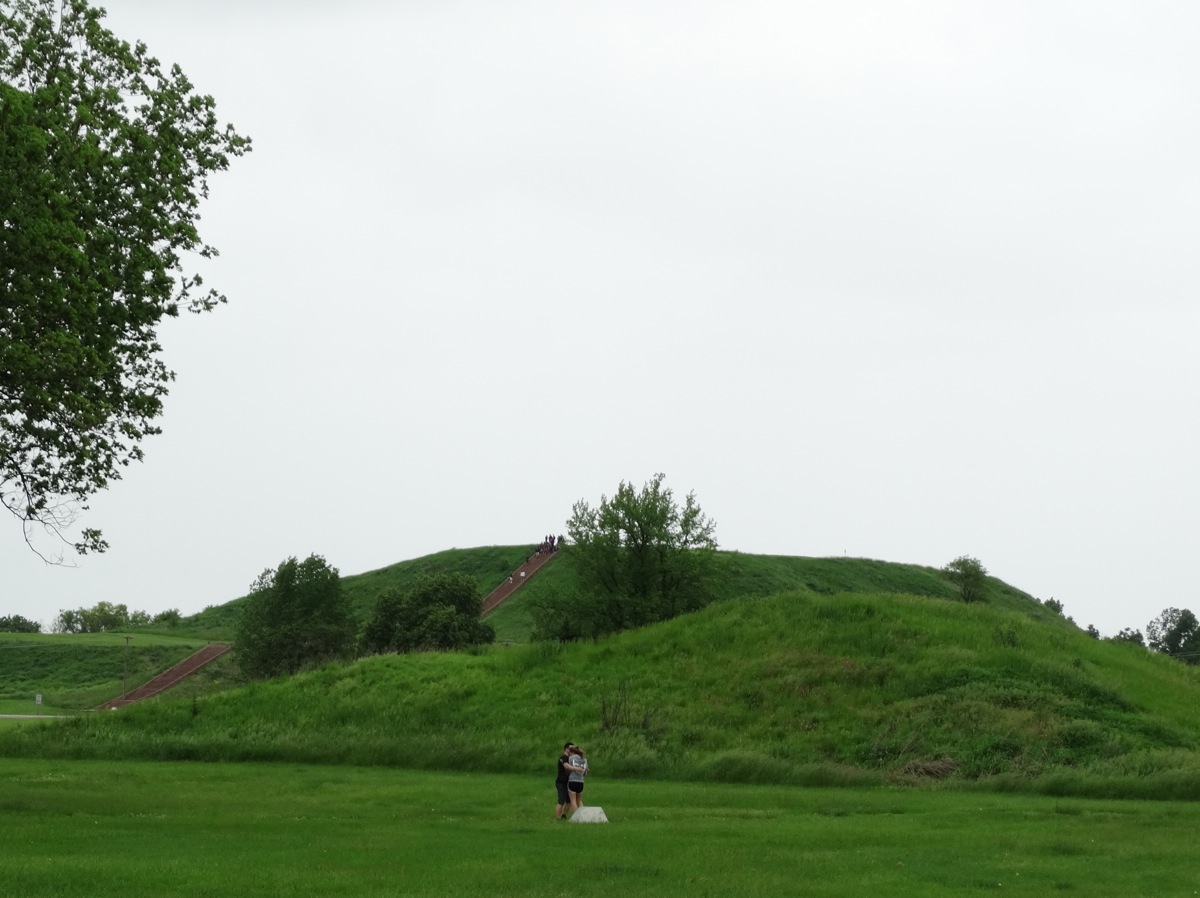 The remains of the most sophisticated prehistoric native civilization north of Mexico are preserved at Cahokia Mounds State Historic Site, now a World Heritage site. One of the greatest cities of the world, Cahokia was larger than London was in AD 1250. The Mississippians who lived here were accomplished builders who erected a wide variety of structures from practical homes for everyday living to monumental public works that have maintained their grandeur for centuries.

According to archaeological finds, the city of 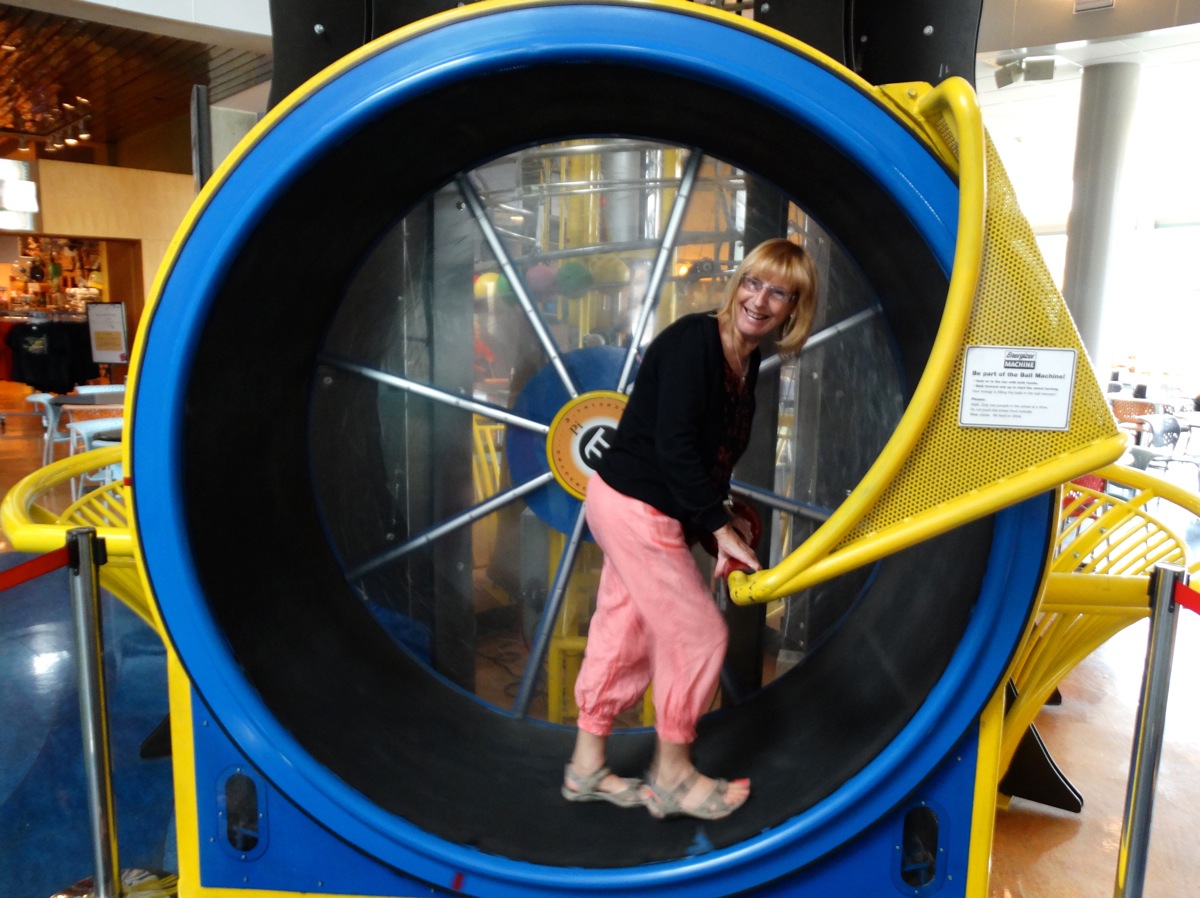 Cahokia was inhabited from about A.D. 700 to 1400. At its peak, from A.D. 1050 to 1200, the city covered nearly six square miles and 10,000 to 20,000 people lived here. Over 120 mounds were built over time, and most of the mounds were enlarged several times. Houses were arranged in rows and around open plazas, and vast agricultural fields lay outside the city.

The fate of the prehistoric Cahokians and their city is unknown, but the decline seems to have been gradual, beginning around the 1200s. By A.D. 1400 the site had been abandoned. Exactly where the people went or what tribes they became is yet to be determined. 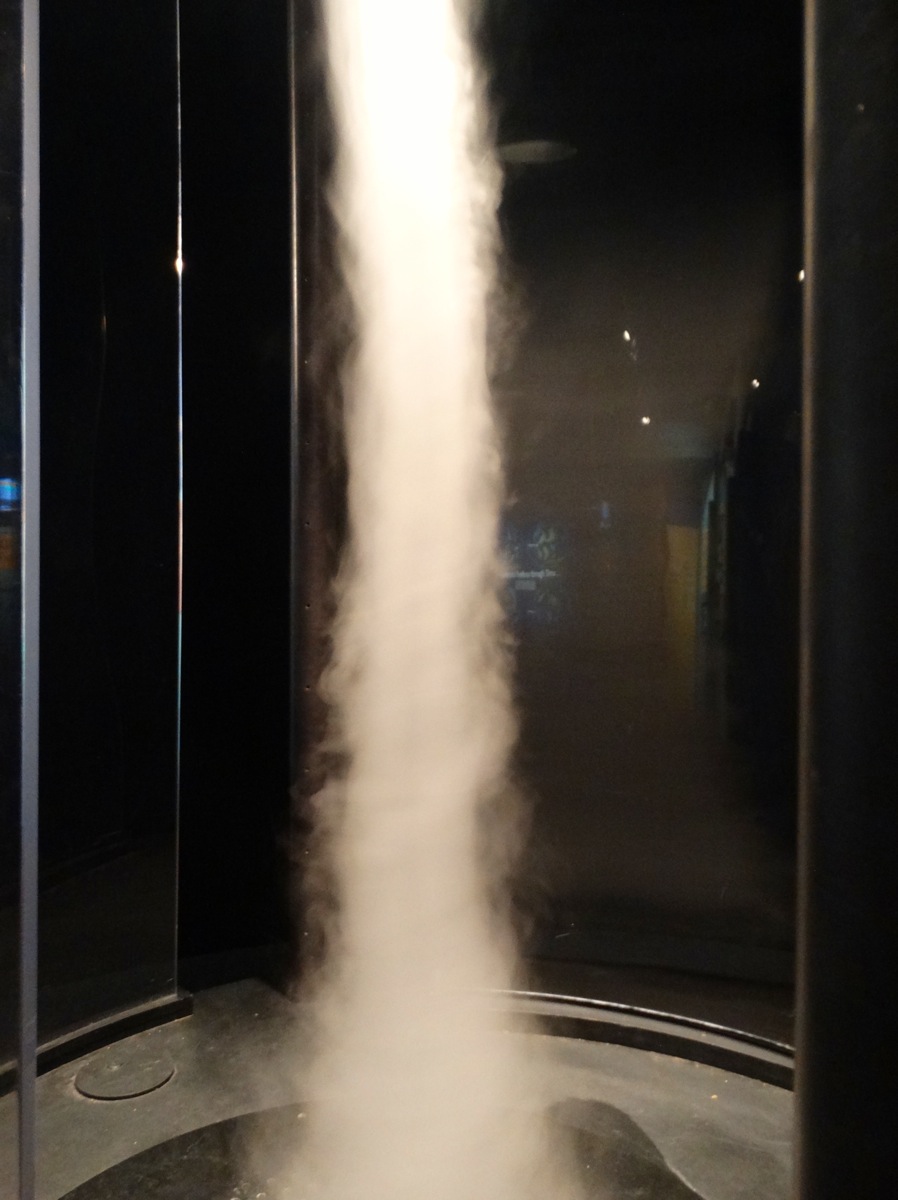 Amazing when you consider that The Gateway Arch took a few years to build yet these Mounds took 300 years – now there’s forethought. Of course then there is Wood Henge. A wooden circle of posts used to determine the seasons. Yes, America manages to have it’s own version of Stone Henge. Alas not bigger and better but I’m sure they’re working on it. Sadly it starts to rain as we set out to explore the Monks Mound, but the visitors centre was amazing.

Next stop the Science Museum , that’s if they’ll let adults in. Yeah, they let us in and it’s free apart from the planetarium, but at least we get OAP discount.  Great fun building arches (well it is St Louis); creating Tornados; watching the night skies in the Planetarium; building nanotubes. All sorts of exhibits to play with. 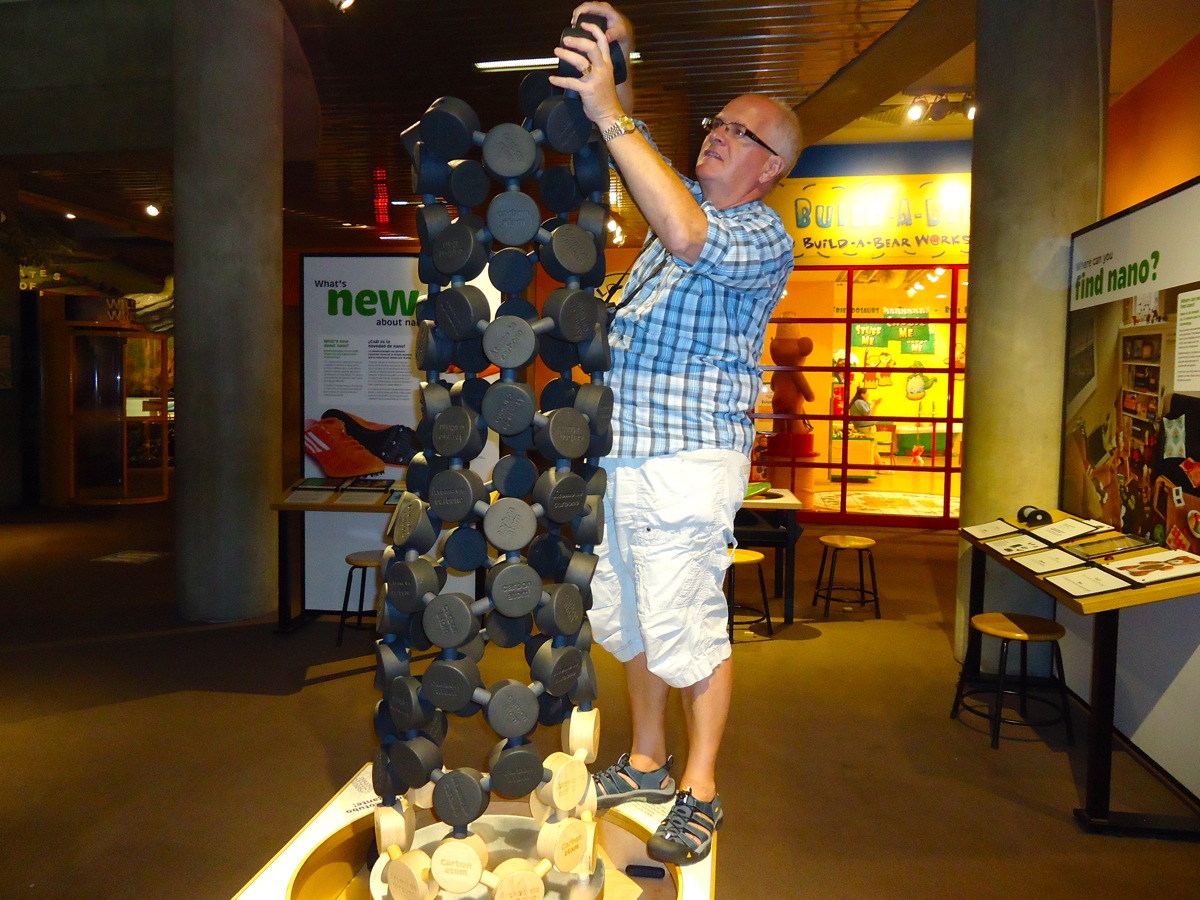 Evolution or is it the destruction of a language. Mother to here brood of kids rampaging down the pavement “Ya way”; translation “you all wait”.

It’s illegal to sit on the curb of any city street and drink beer from a bucket.

Four women may not rent an apartment together.

No person may have a “yard sale” in their front yard. 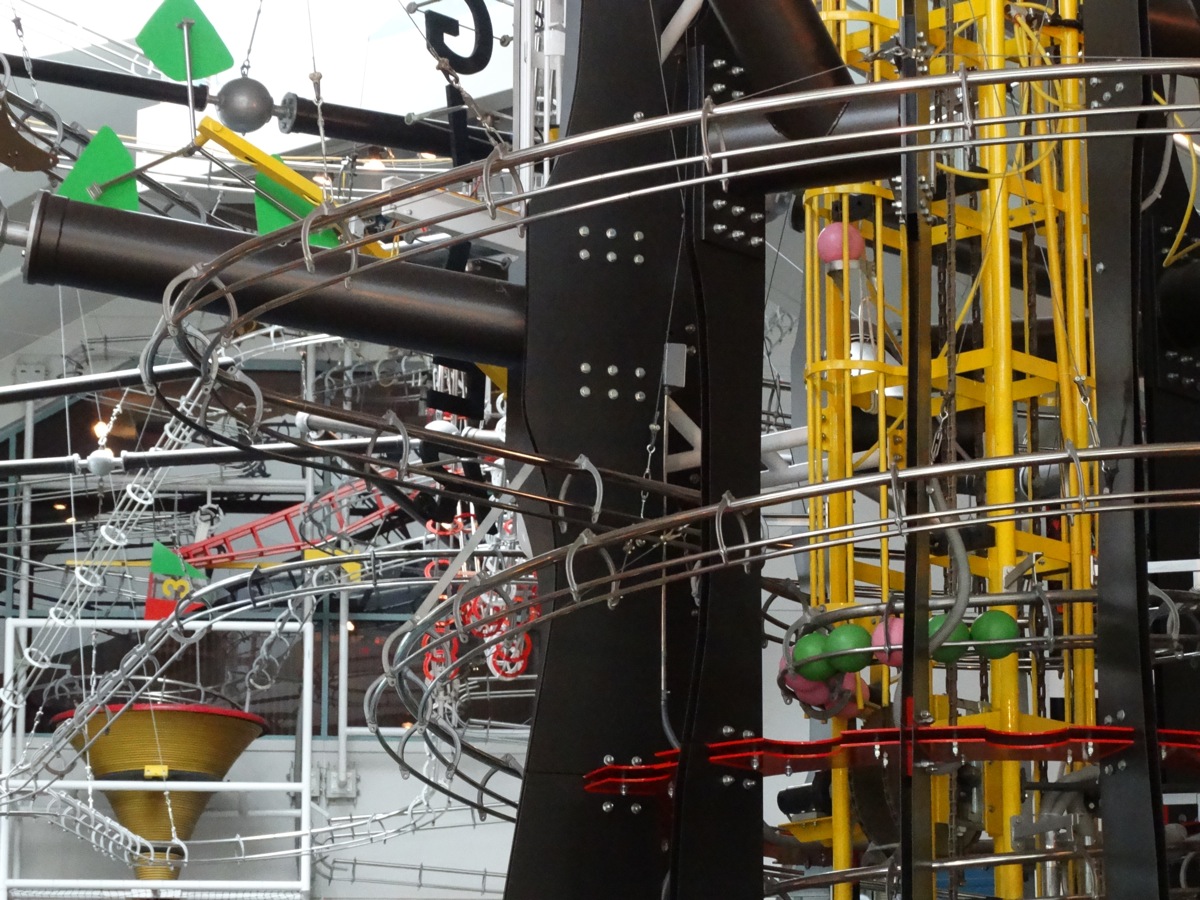 Houses may not have lights on them that shine into the window of a neighbor’s house.

One may not honk another’s horn.

No person may own a PVC pipe.