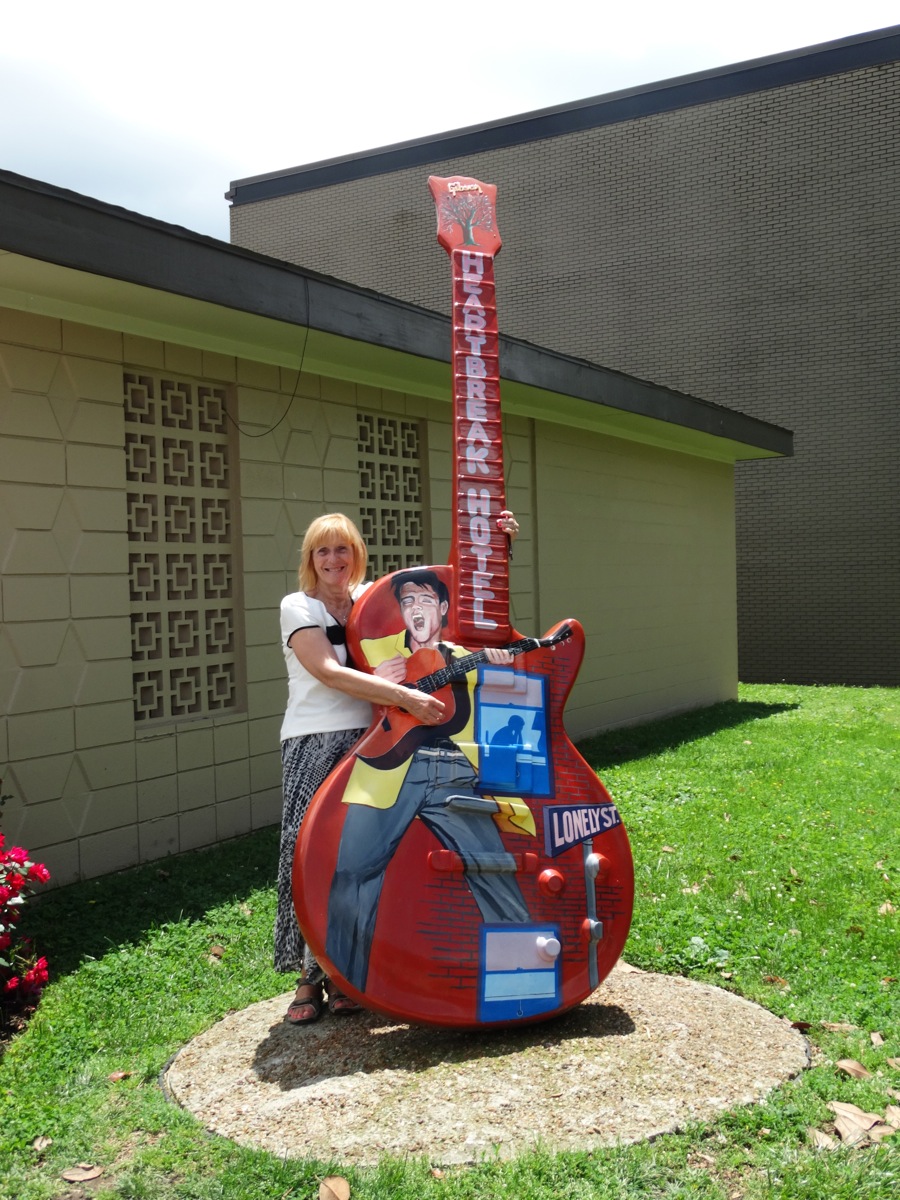 Forgot to mention the first culinary highlight of our trip. In the USA 4 weeks and finally last night get my first Taco Bell – pure joy.

Drive down to the music district, thinking we could do a walking tour. Turns out to be a bit of a damp squid, apart from a photo outside the “World famous” RCA studios -we remember that record label.

Never mind next stop Grand Old Opry (new location)  and the museum. Car park is the largest I’ve ever seen and it’s full. But it was designed and laid out by an idiot. How do I know this. There are no row numbers; cartoon characters; animals logos or any other way to identify which row you’re on. Common sense is such rare commodity we should 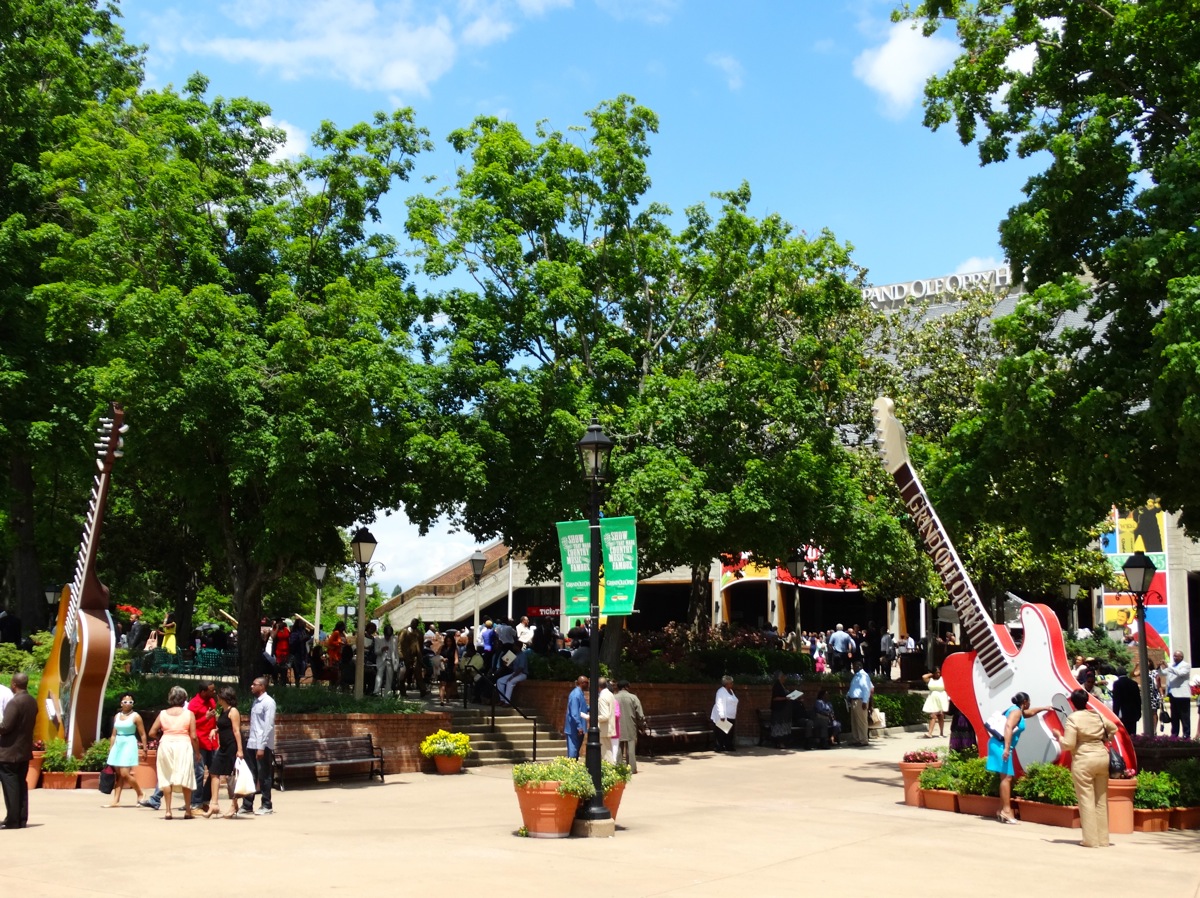 Alas the museum was closed down after the flood of 2010. As for the Grand Ole Opry there was a graduation ceremony from one of the local medical colleges. Never seen so many black faces makes up for the scarcity in East Tennessee.  Apparently it’s a famous black college. Is this reverse segregation? No of course not, it’s just that there aren’t so many whites who go there. Great to see so many proud families celebrating their big day. 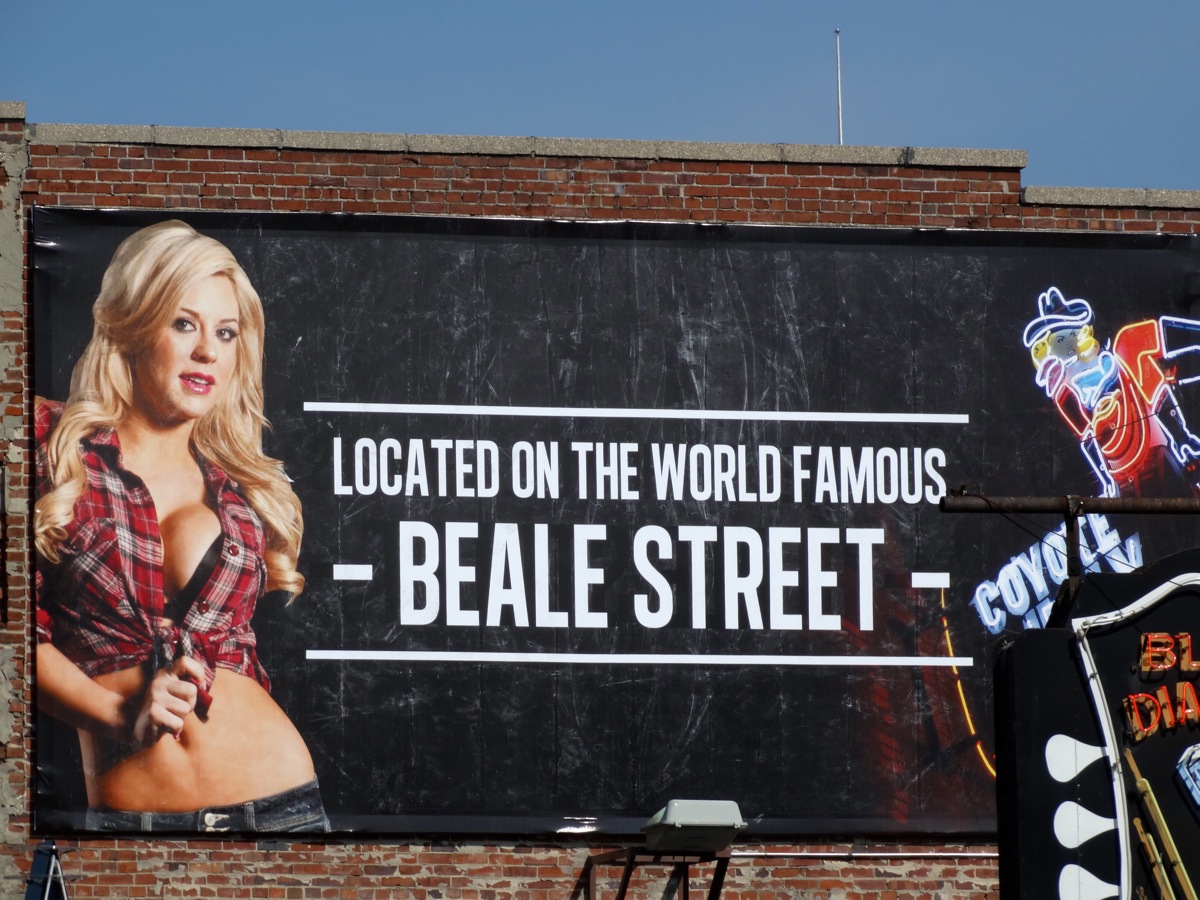 Interesting rules in the Opry Mills Mall – you must be identifiable and not cover your face – wonder what they do when a yashmak turns up? Certainly be interesting to have that rule in Blackburn’s new Mall.

Getting ready for our trip into Arkansas I thought we’d better review their laws:

A law provides that school teachers who bob their hair will not get a raise.
A man can legally beat his wife, but not more than once a month.
Oral sex is considered to be sodomy. 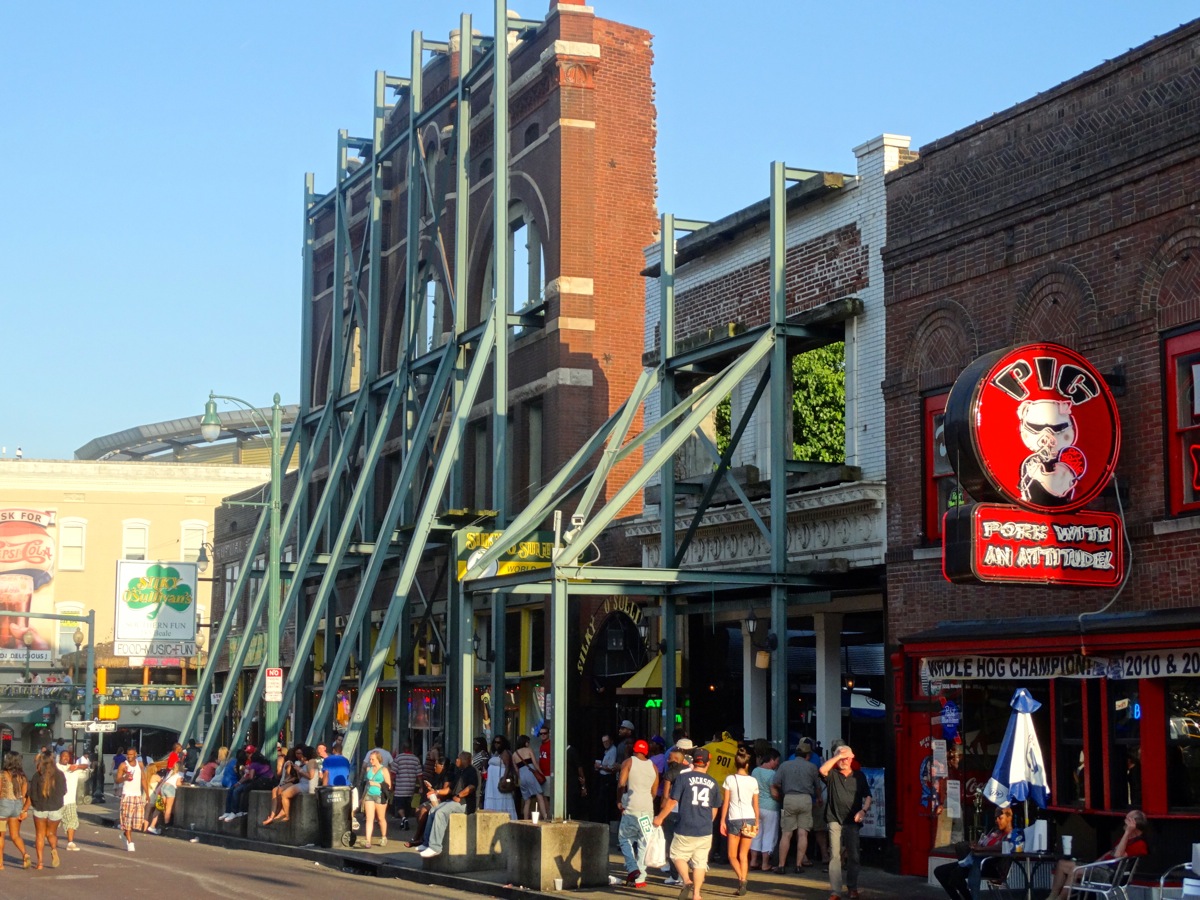 Alligators may not be kept in bathtubs.
The Arkansas River can rise no higher than to the Main Street bridge in Little Rock.

Looks like the laws are as boring as the state. Perhaps we’ll give Little Rock a miss.

I’ve never liked twitter but now I could be tempted:

Saudi religious leaders throw a few trivial insults at Twitter usersThe head of Saudi Arabia’s religious police has warned citizens against using Twitter, which is rising in popularity among Saudis. 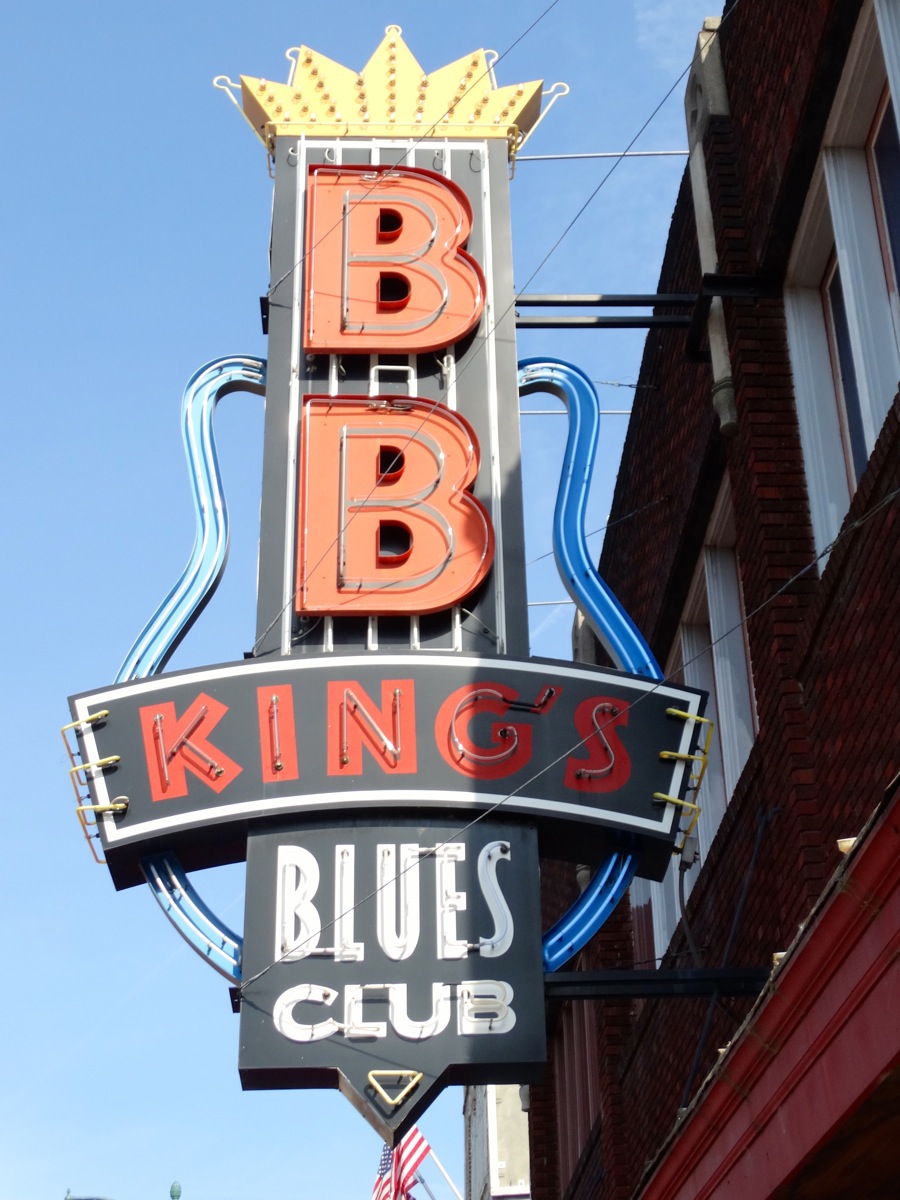 Sheikh Abdul Latif Abdul Aziz al-Sheikh made up a few nonsense claims and pronounced that anyone using social media sites – and especially Twitter – has lost this world and his afterlife .

The sheikh’s comments echo those of the imam of the Grand Mosque in Mecca in April who used his sermon – seen by millions on TV – to warn that Twitter was a threat to national unity.

Saudi authorities have mooted moves that could inhibit Twitter users by linking their online accounts to their Saudi ID numbers.

What are they frightened of, as if we didn’t know. What about Facebook, you’d think it would at least 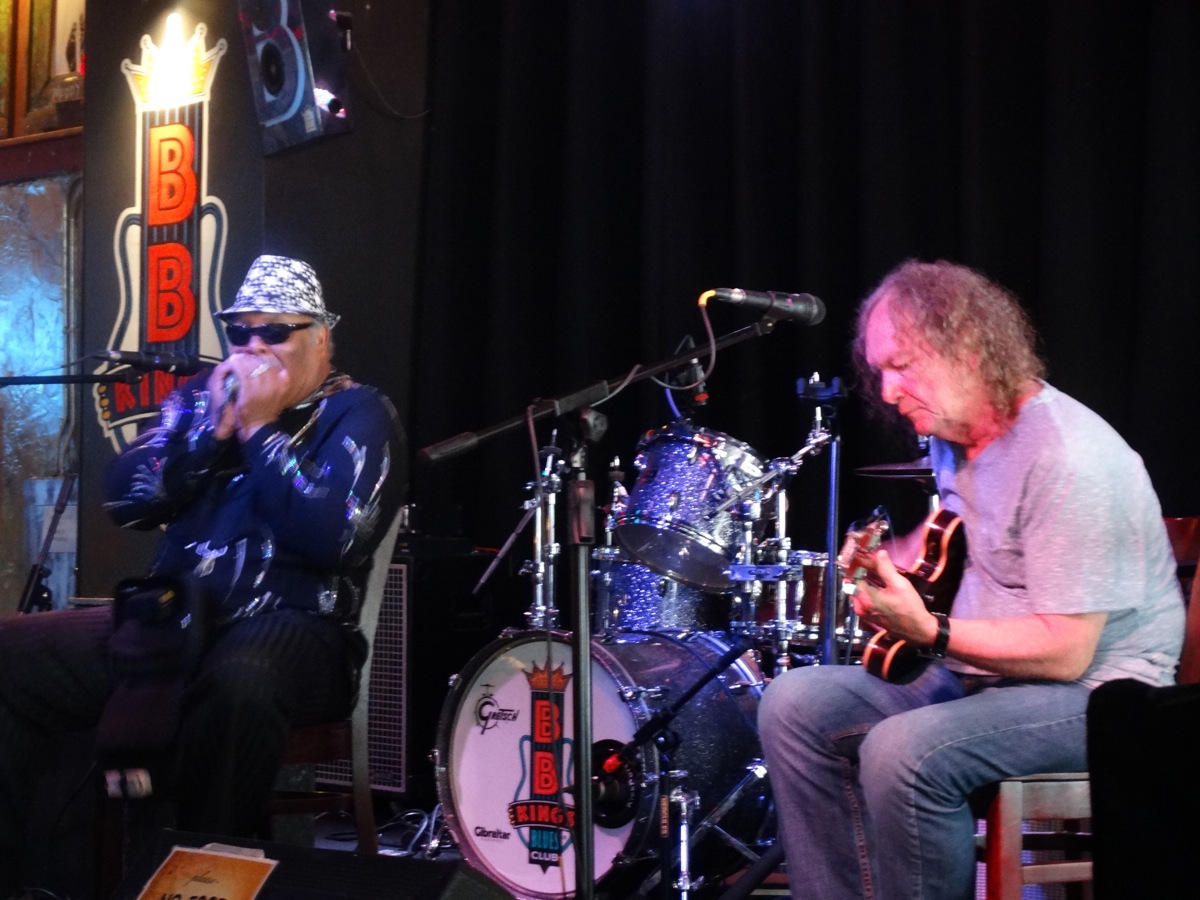 get an honourable mention!

Sunday – raining as we leave Nashville but very hot and sunny in Memphis.

Check into Comfort Suites which is an experience all of it’s own. Wrong room allocated, well 201 looks like 401; 201 smells; 303 is a spacious and well furnished suite, even has 2 TV’s and wet bar – mind you will I be able to buy alcohol; Internet doesn’t work. It seems to be a feature of Choice Hotels just lately that there’s always something wrong. It gets fixed quickly but inspect the room first and check the wifi before moving in. Says it all when you consider that we don’t bother checking the electricity or water works, that’s taken for granted. Perhaps one day wifi will be the same. 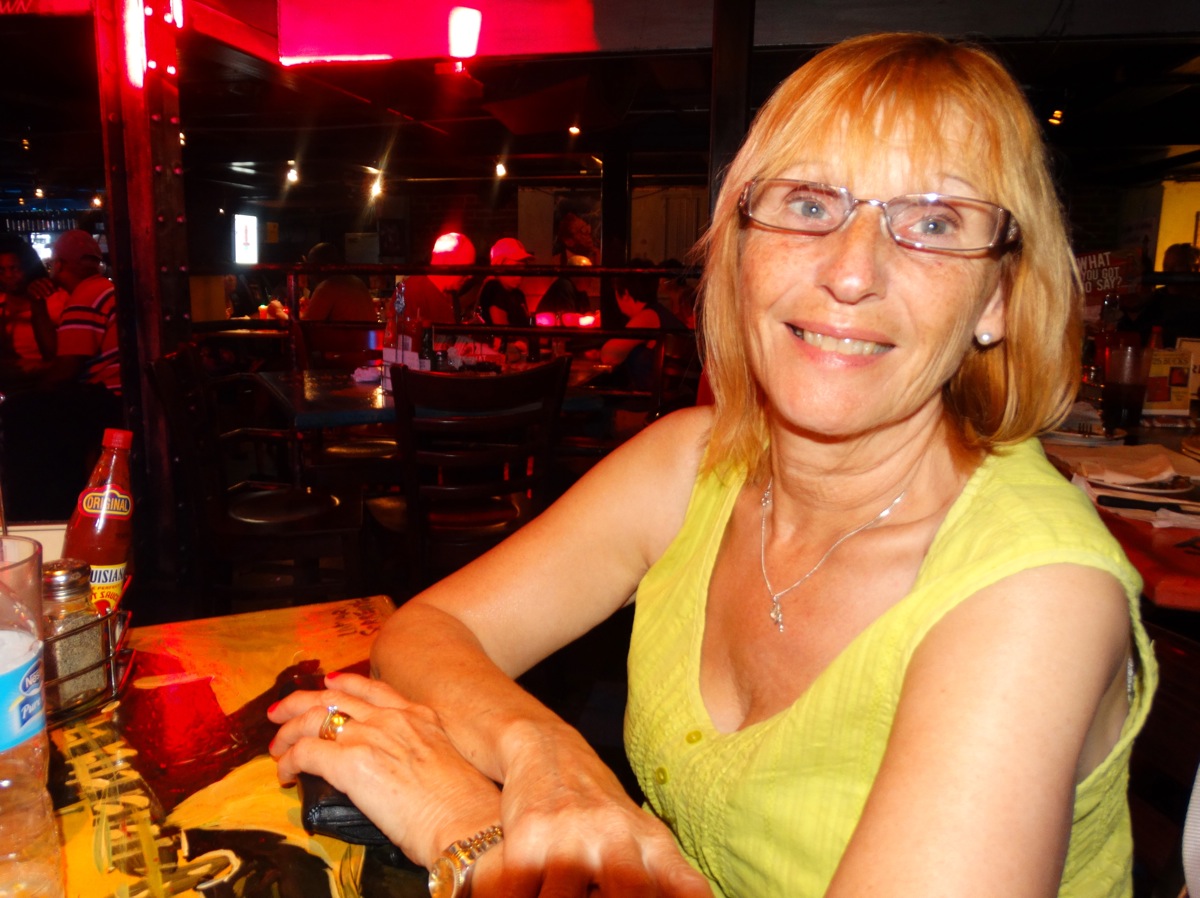 Drive down to the World famous Beale Street, “The roots of Blues music and Rock and Roll”. Certainly has atmosphere, mind you so does Whaley range in Blackburn, but I suppose this place does have history and character.

Eat at famous BB Kings Blues Club complete with live blues music. The place looks a bit run down and believe me the paintings fall off the wall, one nearly decapitated an old lady. But I suppose you have to admit it does have an ambiance all of its own. And the aficionados seemed to appreciate the music. 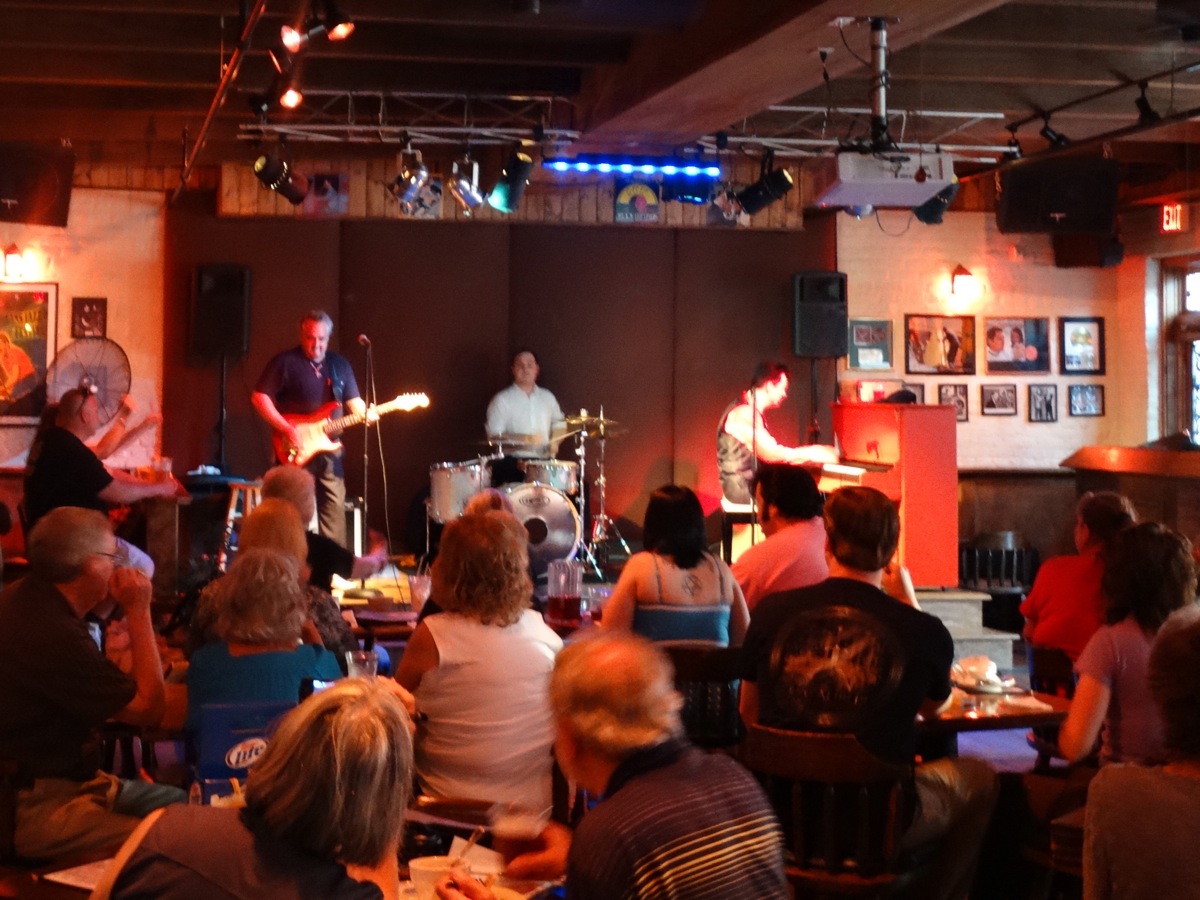 pervert dreamt that up. Delicious.

Well I think by now we can recognise Blues music.

Well that was Beale Street, Memphis. A scruffy dive. BB Kings Blues club had plenty of “atmosphere”; live blue music from a blind musician, of course; fried green tomatoes for dinner.
Glad we’ve seen it but won’t be going back. Sadly overrated.

It is illegal to kill “any living creature”. 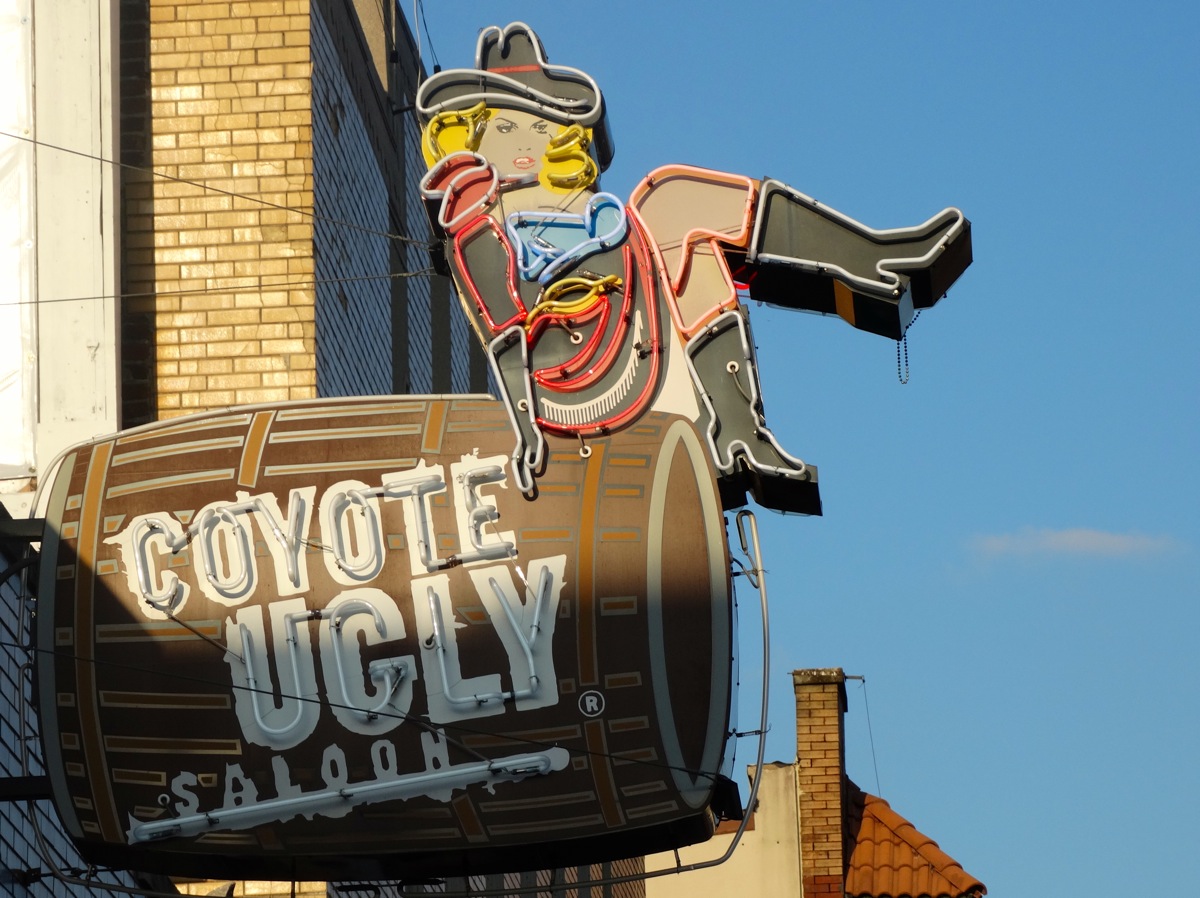 Honking one’s car horn at a sandwich shop after 9 PM is against the law.

No one may “suddenly start or stop” their car at a McDonald’s.

Flirtation between men and women on the streets of Little Rock may result in a 30-day jail term.

It is unlawful to walk one’s cow down Main Street after 1:00 PM on Sunday.

Dogs may not bark after 6 PM.

Get you prayer mats out. Islam could become dominant UK religion in 10 years 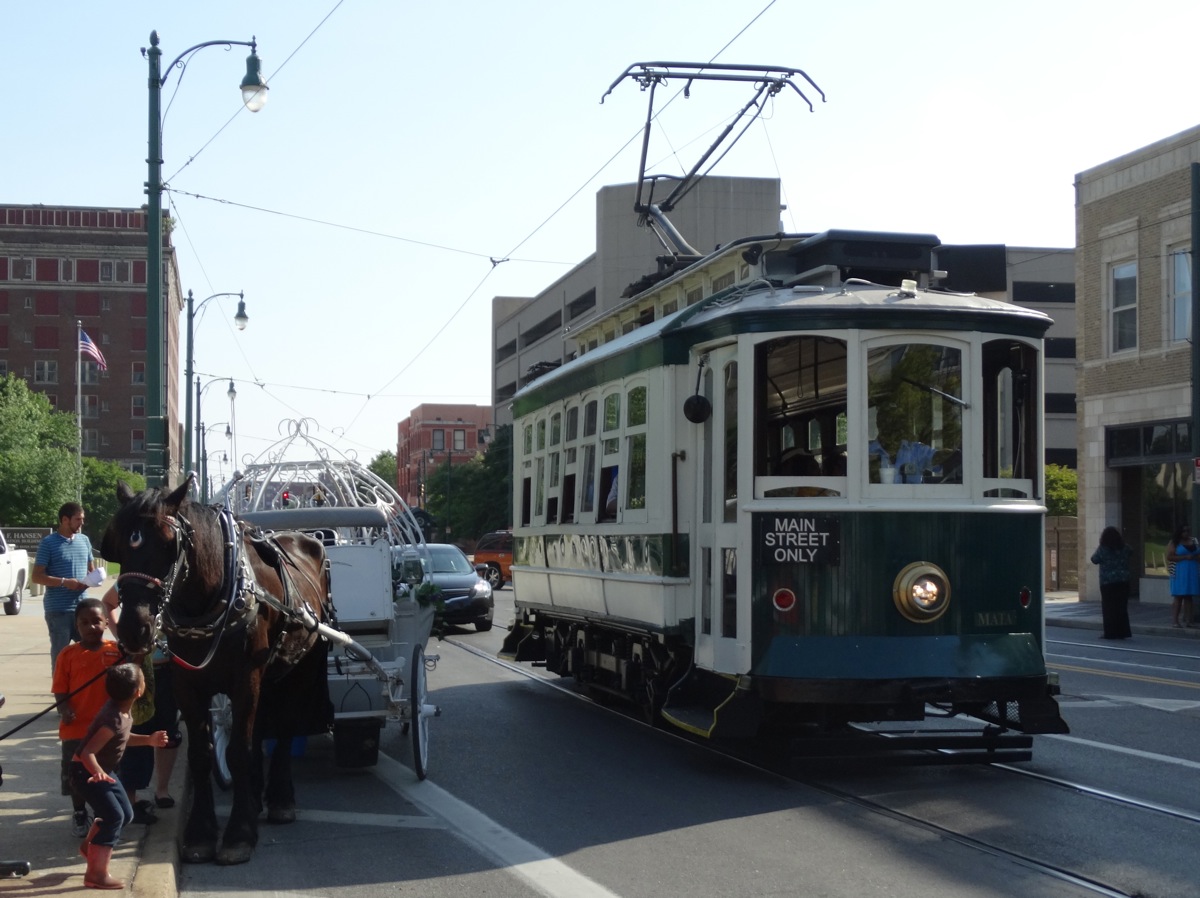 Christianity is declining 50 percent faster than previously thought and in 10 years Islam may become the dominant religion with only a minority identifying as Christian.
The analysis of the 2011 UK census by the Office for National Statistics (ONS) revealed that earlier analysis which showed only a 15 percent decline in Christianity was bolstered about 1.2 million foreign-born Christians such as Polish Catholics and Nigerian evangelicals. That is, foreign-born Christian immigrants masked the extent of decline of Christianity among the British-born population.
The Telegraph reports that the latest analysis showed that there were 5.3 million fewer British-born people professing Christianity, a decline of 15 per cent in a decade, and about 6.4 million 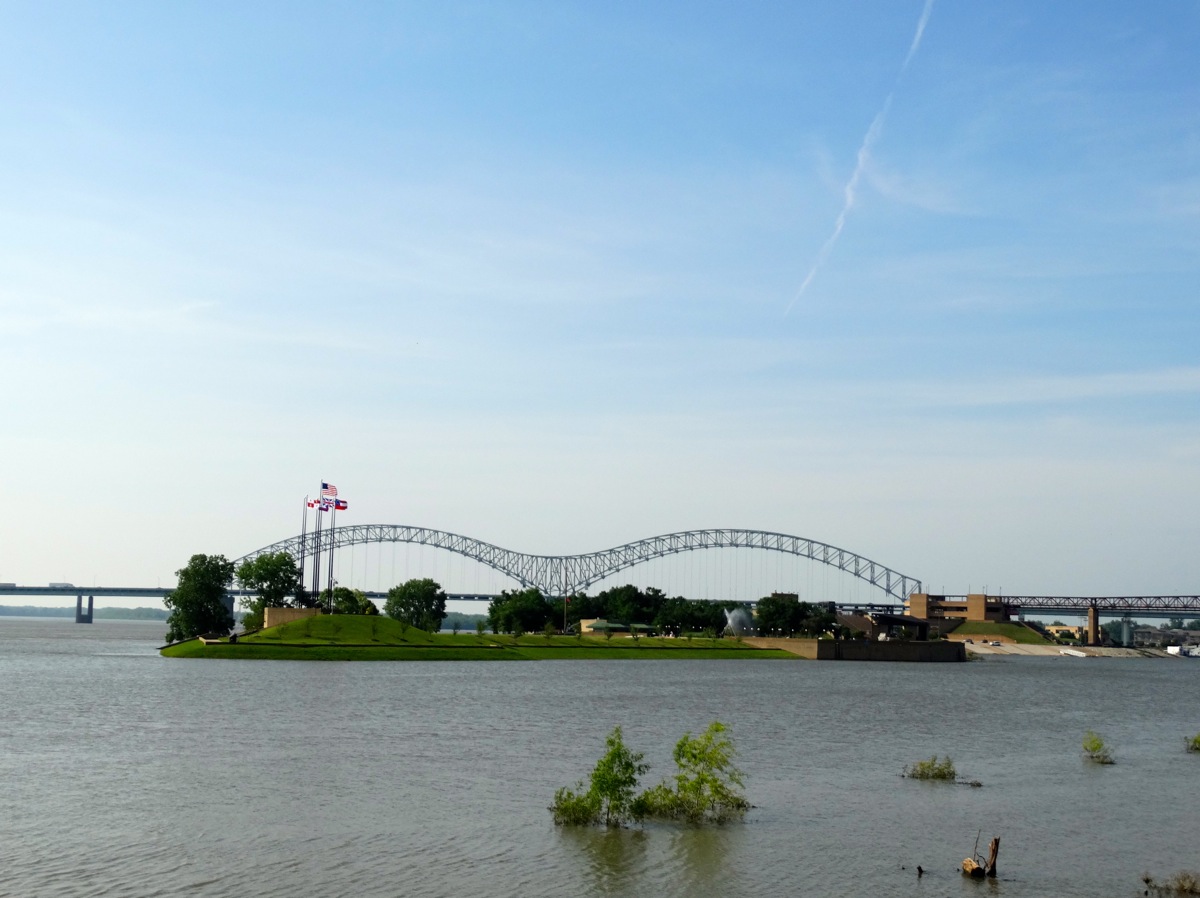 increase in people describing themselves as having no faith.
In the same period, the number of of people professing Islam in England and Wales rose sharply by 75 percent. This massive surge was caused by about 600,000 foreign-born or immigrant Muslims.
According to The Telegraph, the massive demographic shift is being driven significantly by young people. The census analysis showed that nearly half of British Muslims are under the age of 25 and nearly a quarter of Christians over 65. The proportion of young British who describe themselves as “Christian” even in the “nominal” sense, has dropped below half for the first time. But in the past 15 years the British Muslim population has gone through a dramatic surge increasing by 75 per cent in England and Wales. 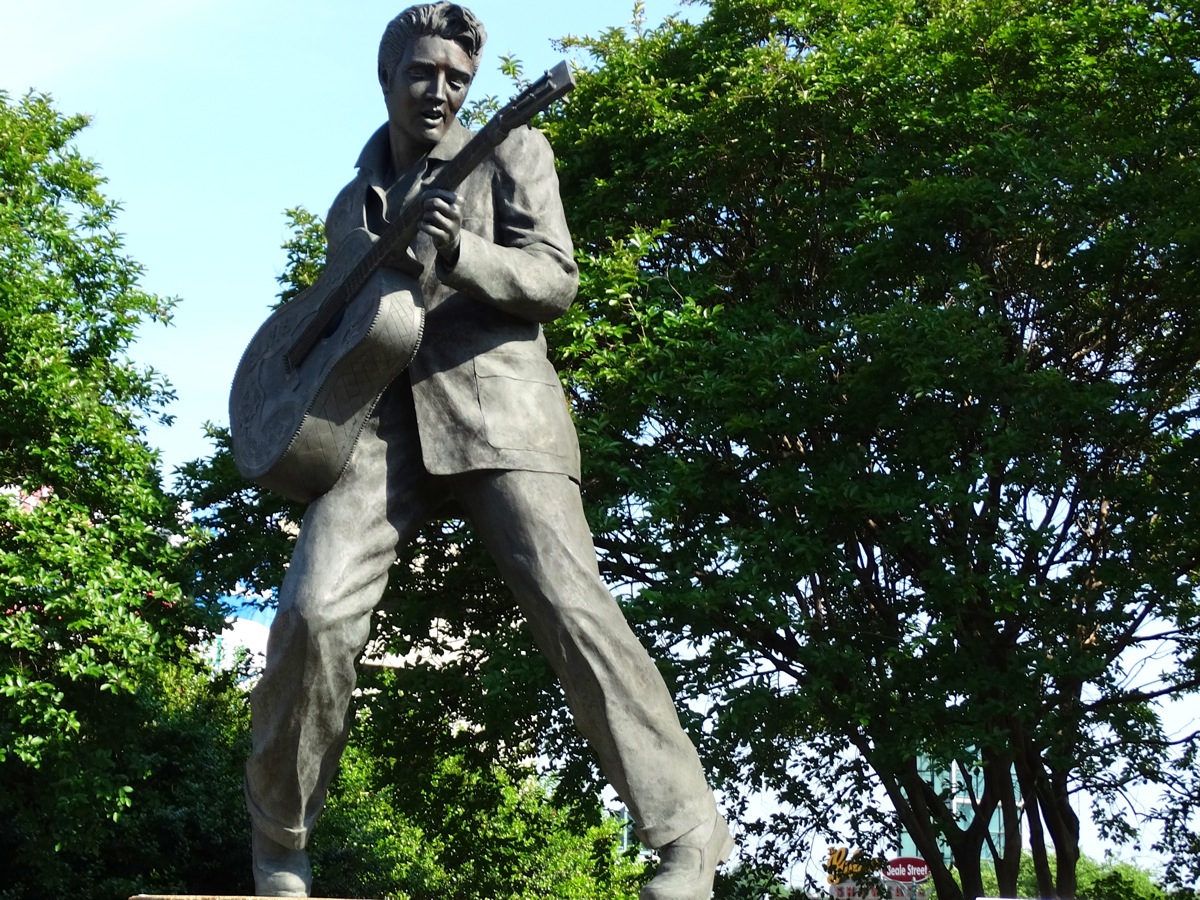 The ONS calculated on the basis of the demographic trend that although Christianity is still the dominant religion in the UK with about 50 percent of the population claiming the Christian religion, in 10 years only a minority will identify as Christian.

Come on you atheist and agnostics, get out there and spread the word. If that fails then go procreate. Let’s have a secular democracy that protects the right of everyone to practise their own religion including atheism or agnosticism. The separation of religion and state is the foundation of secularism. It ensures that religious groups don’t interfere in affairs of state, and makes sure the state doesn’t interfere in religious affairs.