Friday – sun and cloud but warm and humid. 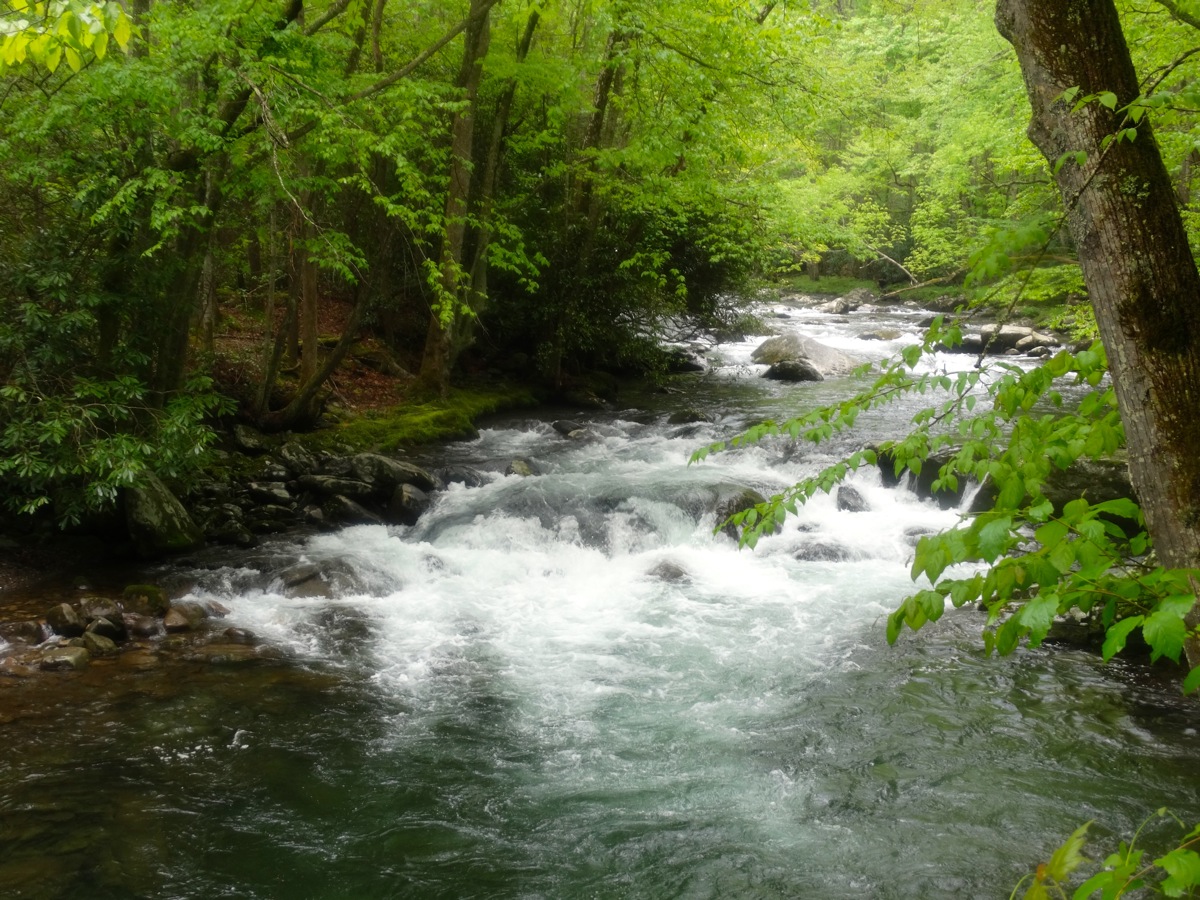 Hike – so much more macho than walking – 3 trails today. Drive up to Jakes trail, then onto Cucumber and then Little River trail. A lot of bleating and moaning from Wendy as It’s all up hill for the first half and then we get the benefit of the downhill 2nd half. 6 miles in total. Lavish lunch half way through of cheese, tomato and egg butty, sat in the rain. We sure know how to live. Anyway Wendy survives it including a very brave stream crossing, at least it proved her new shoes are waterproof, what a trooper – girl guides here she comes.

Encounter a real mix of hikers on the way from day trippers in shorts and sandals to Rambo like backpacker, complete with camouflage poncho 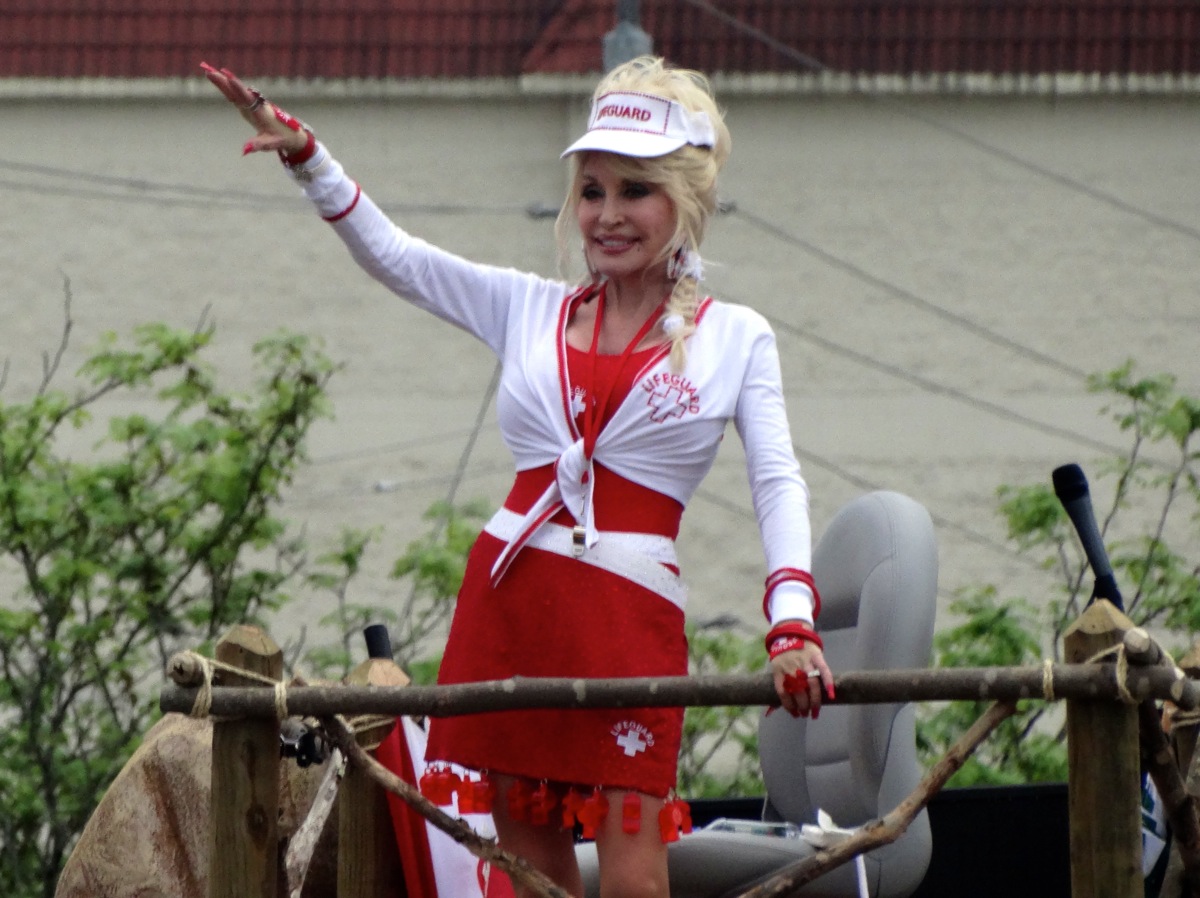 with his World in his backpack.

On the way home call in at Townsend, another dry county, but if you drive down to the next county and all is well. Unbelievable, 21st Century in what they believe is the most civilised and advanced country in the World and people put up with this religious crap.

18:00 is the Dolly parade in Pigeon Forge so we toddle off down for a some excitement. The 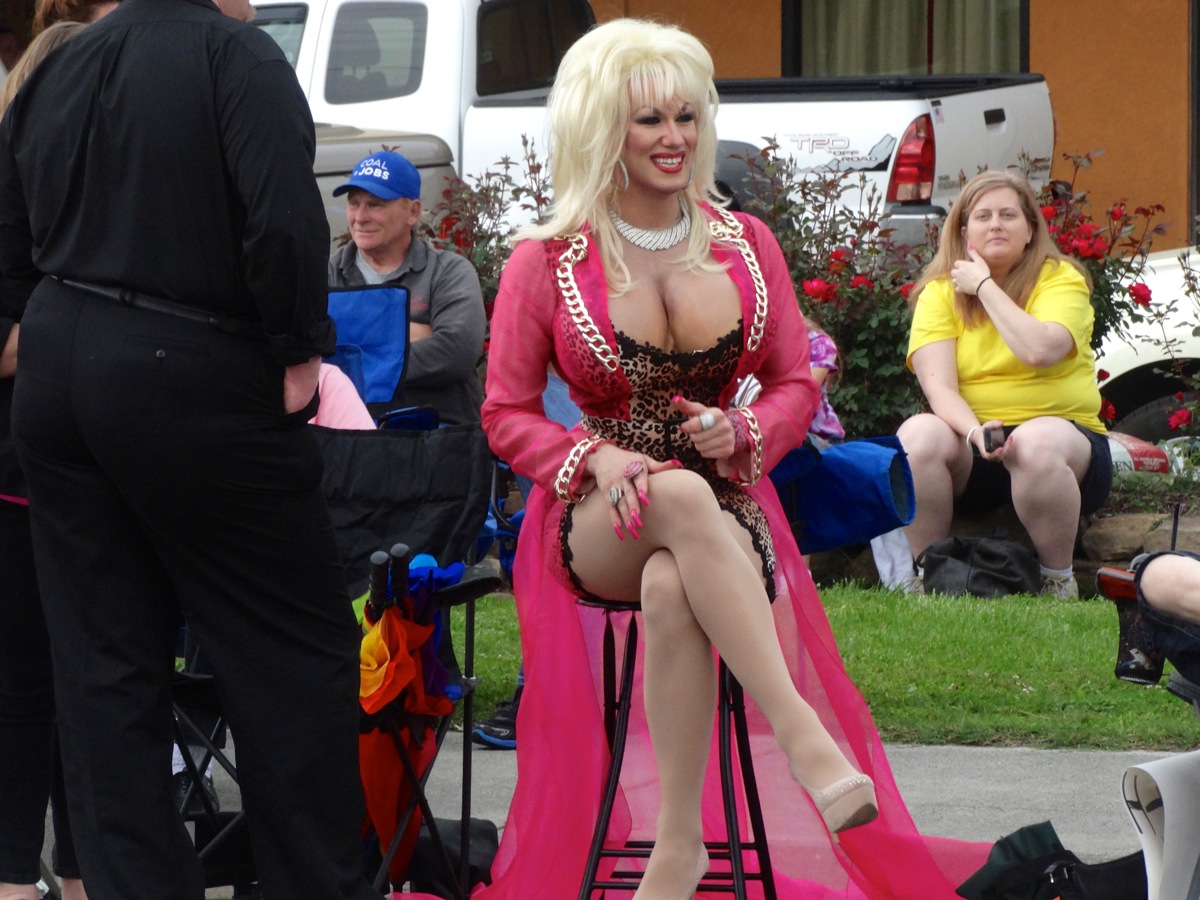 Americans do love their parades, every time we come here we come across one or two. This one is led by a float with Dolly Parton on it. I was amazed how petite she seems. Mind you the Dolly look alike across the road made up for her. We couldn’t quite decide whether they (see photo and you’ll know what I’m talking about) we’re the real thing or a guy in drag. I certainly wasn’t crossing over to find out. 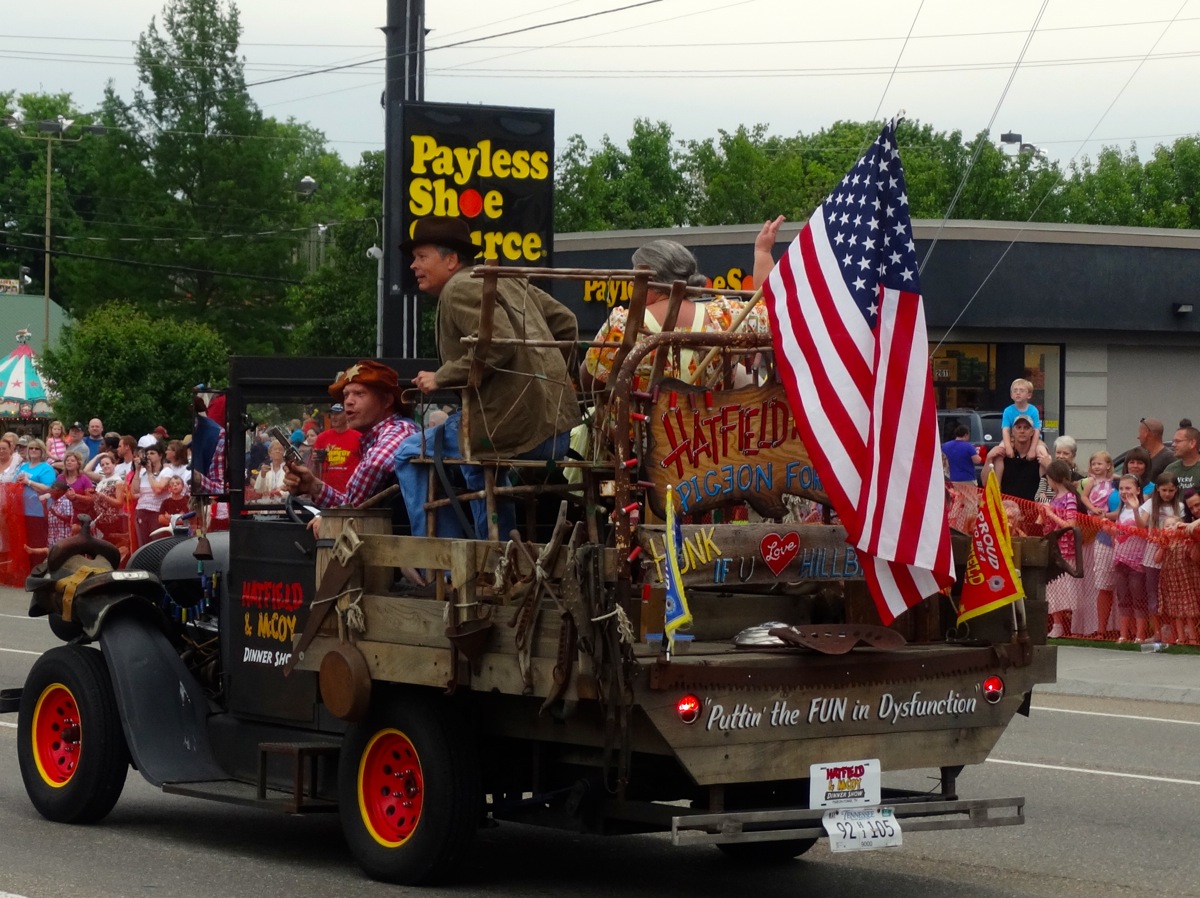 Most of the people around us were local and couldn’t you tell with the Hill Billy drawl, blobbies and the toothless older women. They make you laugh with their talk about Dolly, almost as if they know her personally. No American parade would be complete without some majorettes. This parade had more majorette groups than Talibans at a stoning. Given the numerous young podgies in most of them you do wonder about the exercise value of these clubs – start em young on the blobby trail. 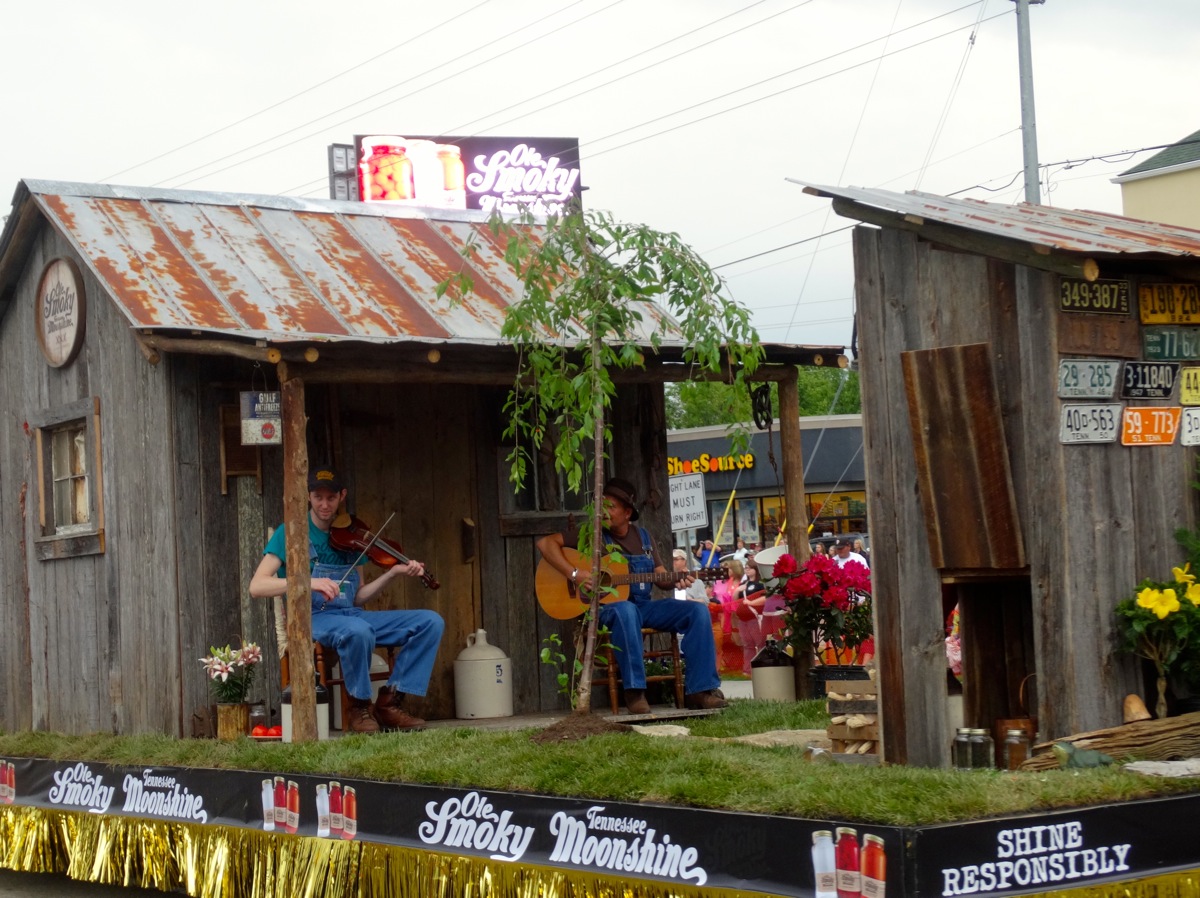 Of course being in the bible belt there’s an excess of church floats and the rest seem to sneak the word of the lord in somewhere. No floats from the French Wine industry; breweries; Atheists of America; the Evolution society; Darwen appreciation society.

Overall an hours worth of mirth and entertainment for all.

It is illegal to give any pie to fellow diners.

Spitting is prohibited on sidewalks.

No person may keep a cheetah as a pet.

Males may not be sexually aroused in public.

Anyone rollerblading may not tie his or herself to a moving vehicle on a highway. 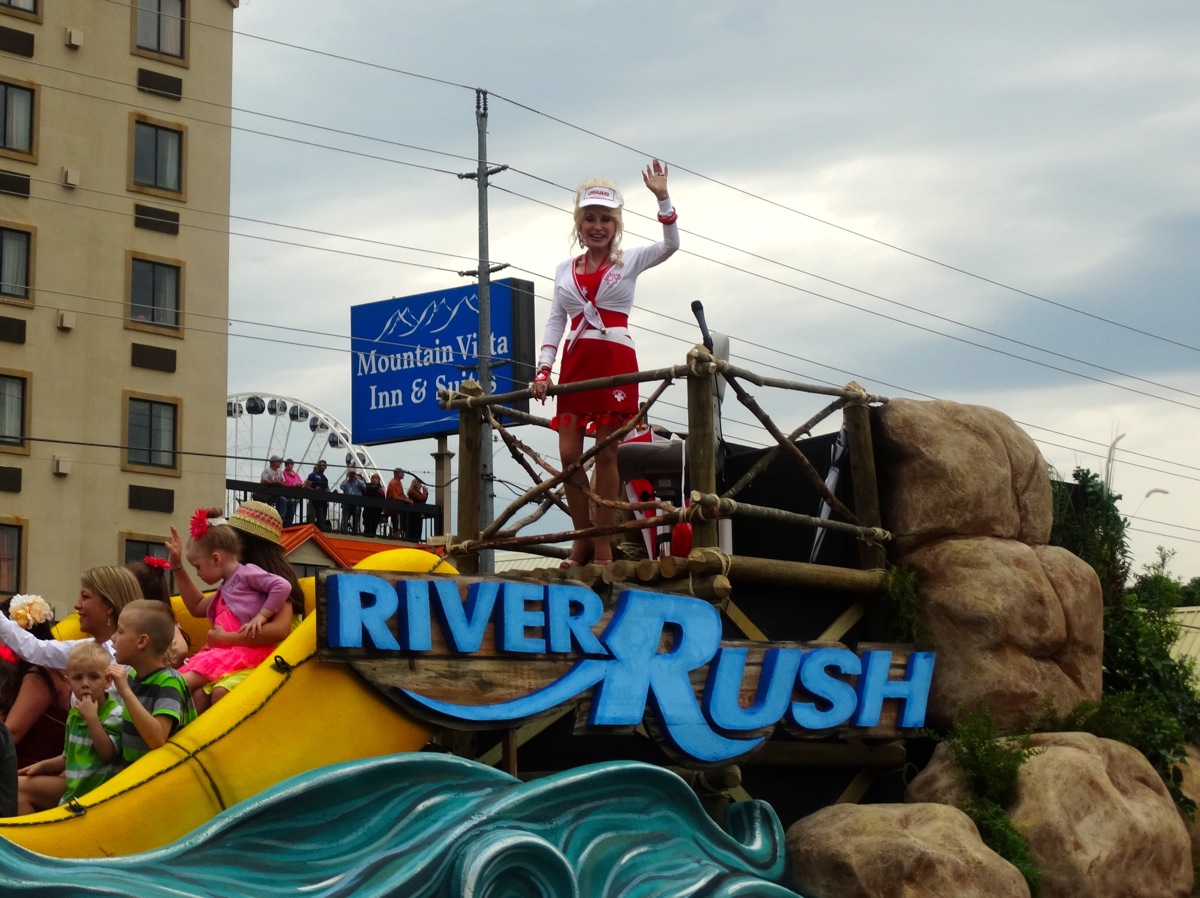 No person may roller skate and listen to a personal cd player at the same time.

Throwing stones is prohibited as it might break a window.

I’d normally never dream of watching or listening to this geezer, but when the religious fruitcakes get so uppity then it only adds to the unwarranted publicity, peaks my curiosity and becomes essential viewing for me:

David Bowie’s latest music video featuring him as a Christ-like figure surrounded by women in skimpy outfits and priests in a bar has been pulled from YouTube. 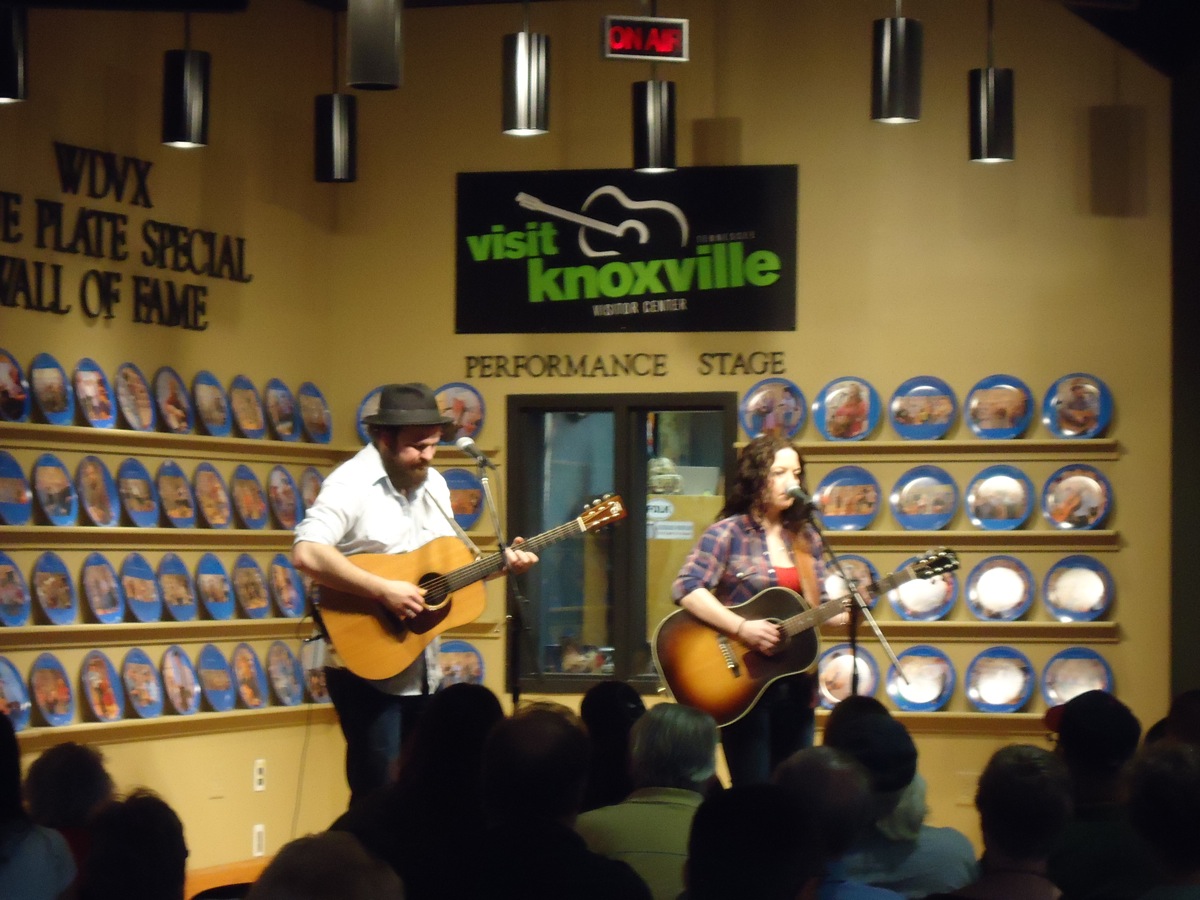 The video for the single The Next Day was temporarily removed from the video-sharing website with a screenshot saying it had been taken down because its content violated YouTube’s terms of service, the singer’s publicist said.

Bowie appears in the video dressed in Christ-like robes, while Gary Oldman plays a beer-swilling priest and Marion Cotillard is a hooker who transforms into a saint.

If imitation is the sincerest form of flattery perhaps Christians should not worry too much at such an exploitation of religious imagery.

I doubt that Bowie would have the courage to use Islamic imagery – I very much doubt it.

Frankly, I don’t get offended by such juvenilia – Christians should have the courage to rise above offensive language although I hope Bowie will 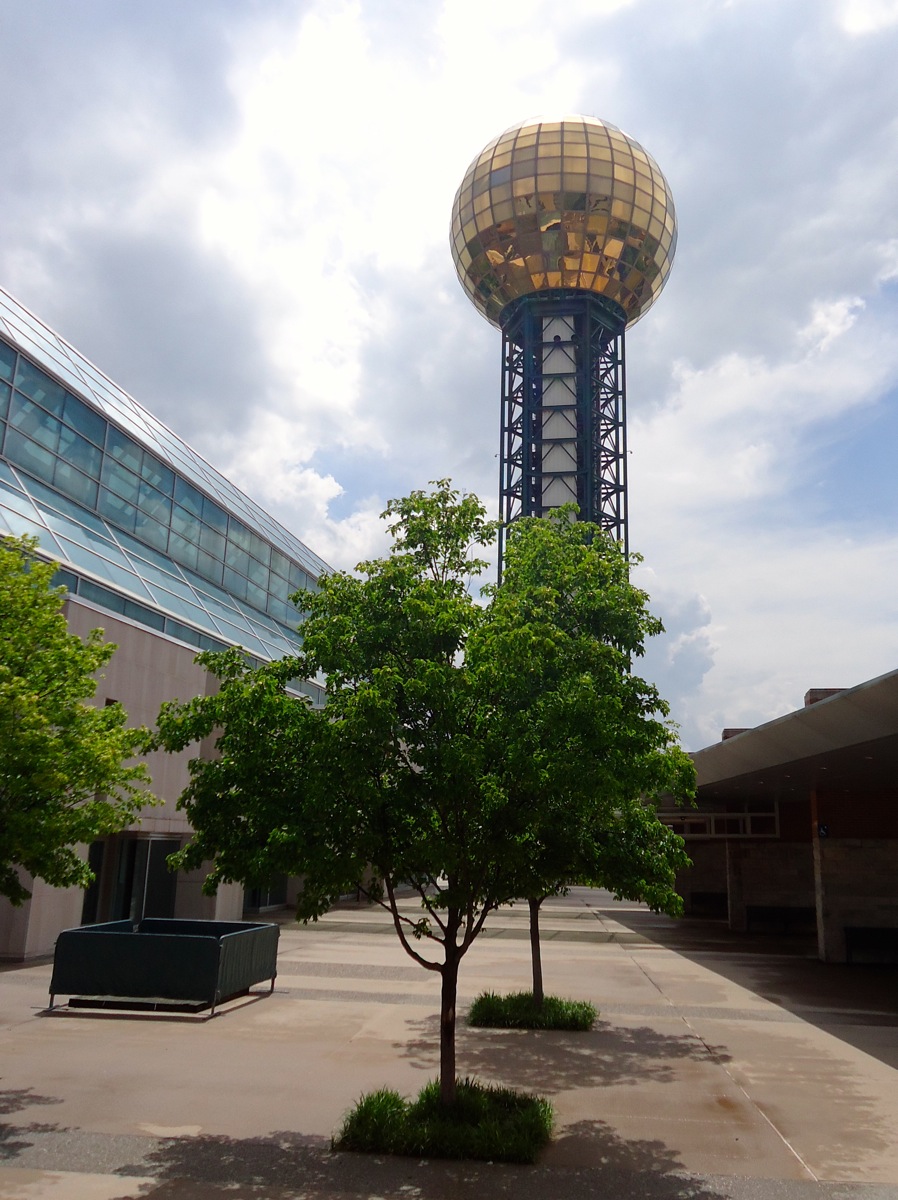 recognise that he may be upsetting some people.

It’s utter rubbish but they fanned the flames of intrigue and given it more publicity than it deserves. I like George Carey’s comments. A pity more religious leaders can’t take this view. Perhaps a Muslim version would help with the much needed desensitising of that religion too. 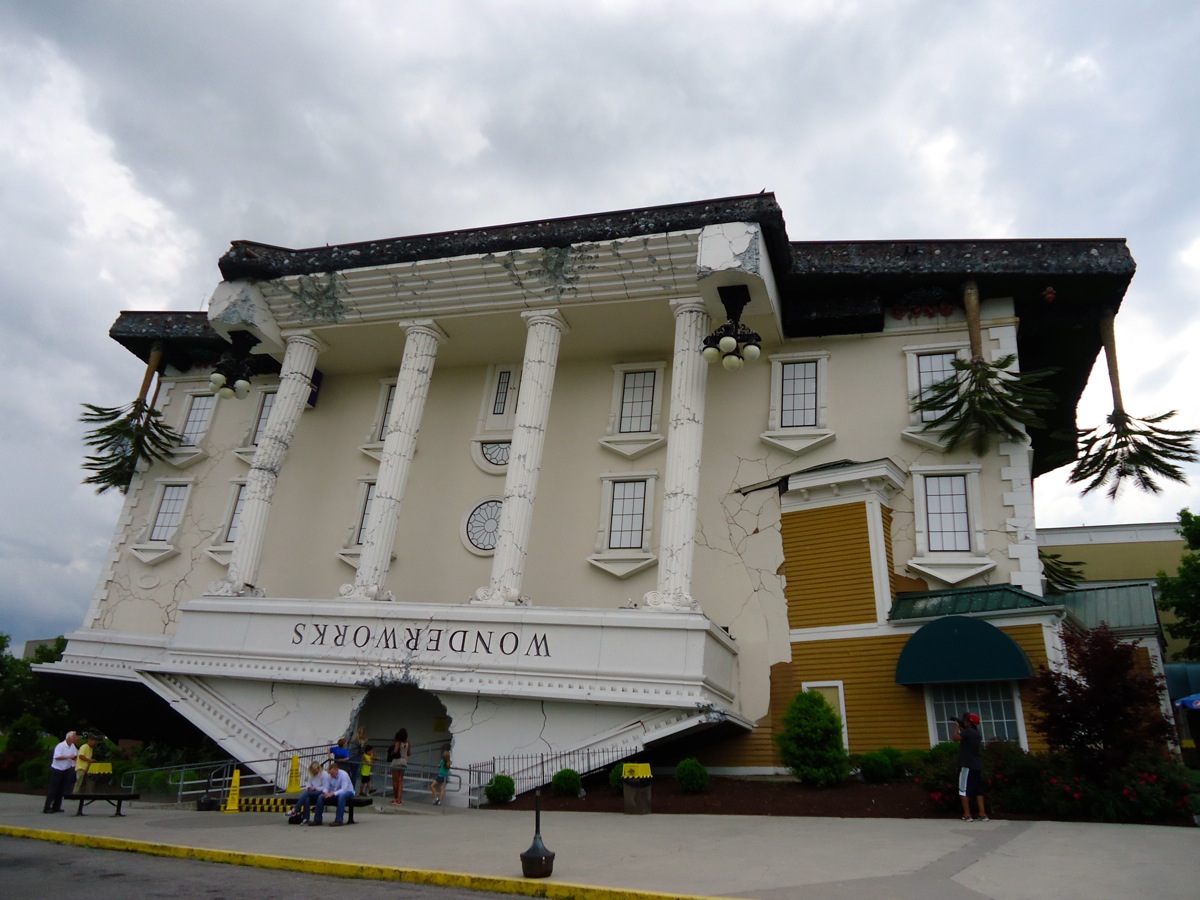 Drive through Sevierville to Knoxville. You have to see the tinsel town glitz and glamour of this place – see photos. It’s unbelievable that all there’s all this tat with the Smoky Mountains as a backdrop just 10 miles away. Yes there’s Opry Show; Hollywood waxworks, complete with King Kong climbing Empire State; Hatfiled & McCoy Hill Billy Dinner show; Titanic; National Knife Museum, unbelievable that the car parks full;  Bible Outlet store, no surprise there then; Tangier Outlets to name but a few. But this seems to be what most people come here for. Thankfully, probably never venture anywhere near the awesome Smoky Mountains National Park – quite believable here in the USA but sad.

Information centre has a free Blues concert going on.

How fortunate can we be there’s a market on, but it must be a French market as they pack up and go home at 14:00. A bit like the Pigeon Forge visitor centre which closes no Saturday the busiest day of the week, mind you we are in Hill Billy country.

Have a wander around the pleasant Market Square district of Knoxville and then the heavens open up. Fortunately find a very pleasant cafe with lovely deep leather chairs. Amazing most people are downstairs queueing for a table yet there’s plenty of room up here.

Have a pleasant wander around, seems a nice little town.

Then visit the site of the 1982 Worlds Fair. Couldn’t have been very big. But it’s another nice area with big open air amphitheatre. I take a trip up the Sunsphere. Wendy gives it a miss as there’s a 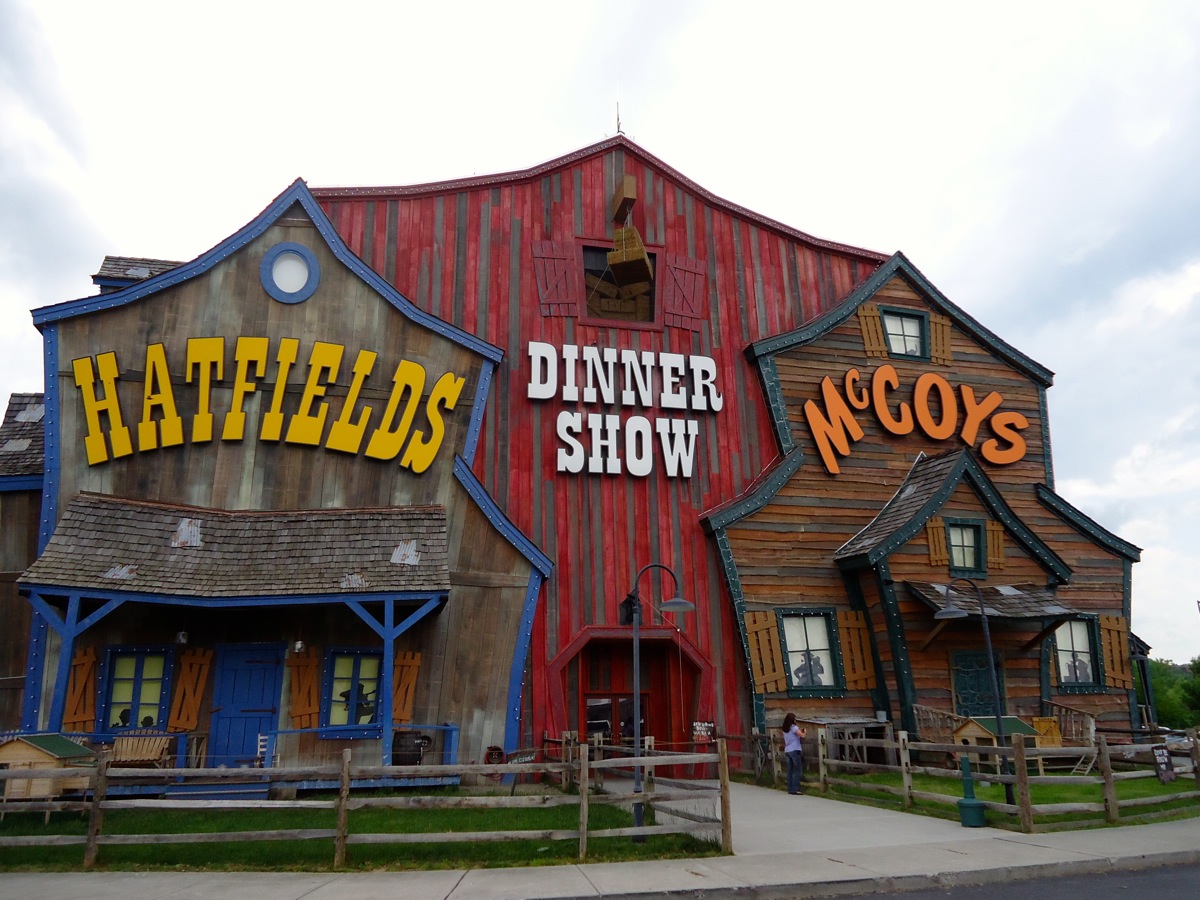 Pass on the free Gospel Music on offer in the amphitheatre. I’ve enough of these bible bashers, foisting there arcane beliefs on the rest of us. I don’t try and make it difficult for them to worship, why must they make it difficult for me to follow my beliefs and have a drink. Although good news is it’s not totally dry here, there is a liquor store, limited choice and high prices – now there’s a surprise, thank you bible bashers.

Manage to buy a box of wine. Sensible store though, they don’t bother asking for ID, and if the CIA or FBI is monitoring this, no I will not rat them out for exercising common sense.

Despite the downpour a pleasant afternoon in a very dog friendly town.

On the way back down the Interstate – Motorway – we see a Hill Billy family letting their dogs out for a crap on the side of the Interstate, no leads – on the dogs that is. They’re just roaming loose and any minute now may run into the carriageway. Only hope is if the dogs wander onto the Interstate, as the Hill Billies are trying to catch them, then any cars swerve and miss the dogs, don’t bother about hitting their owners they’re just 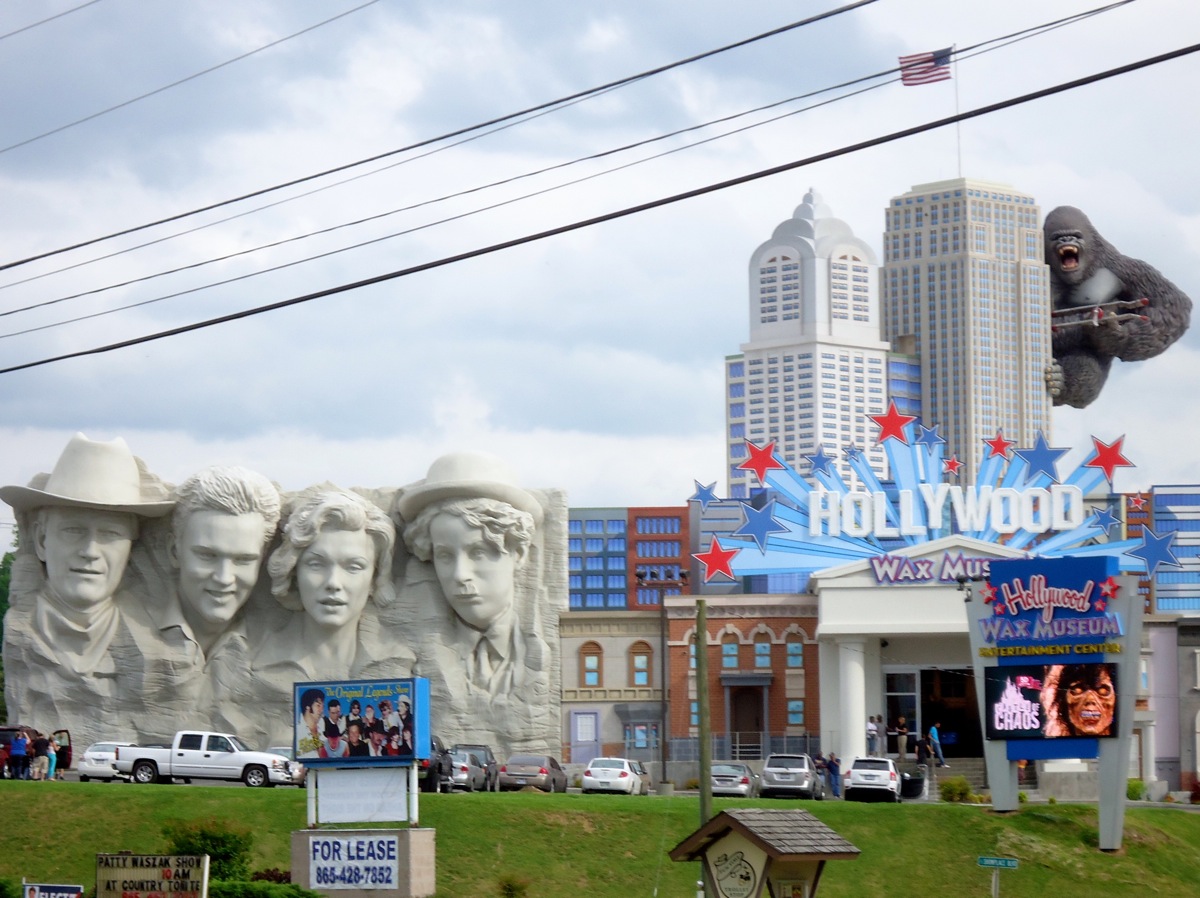 Guess which religion this is?

Gay men and women living in Indonesia’s Aceh province are facing being publicly lashed 100 times under a proposed bylaw backed by politicians.

Perhaps they think it will cure them!