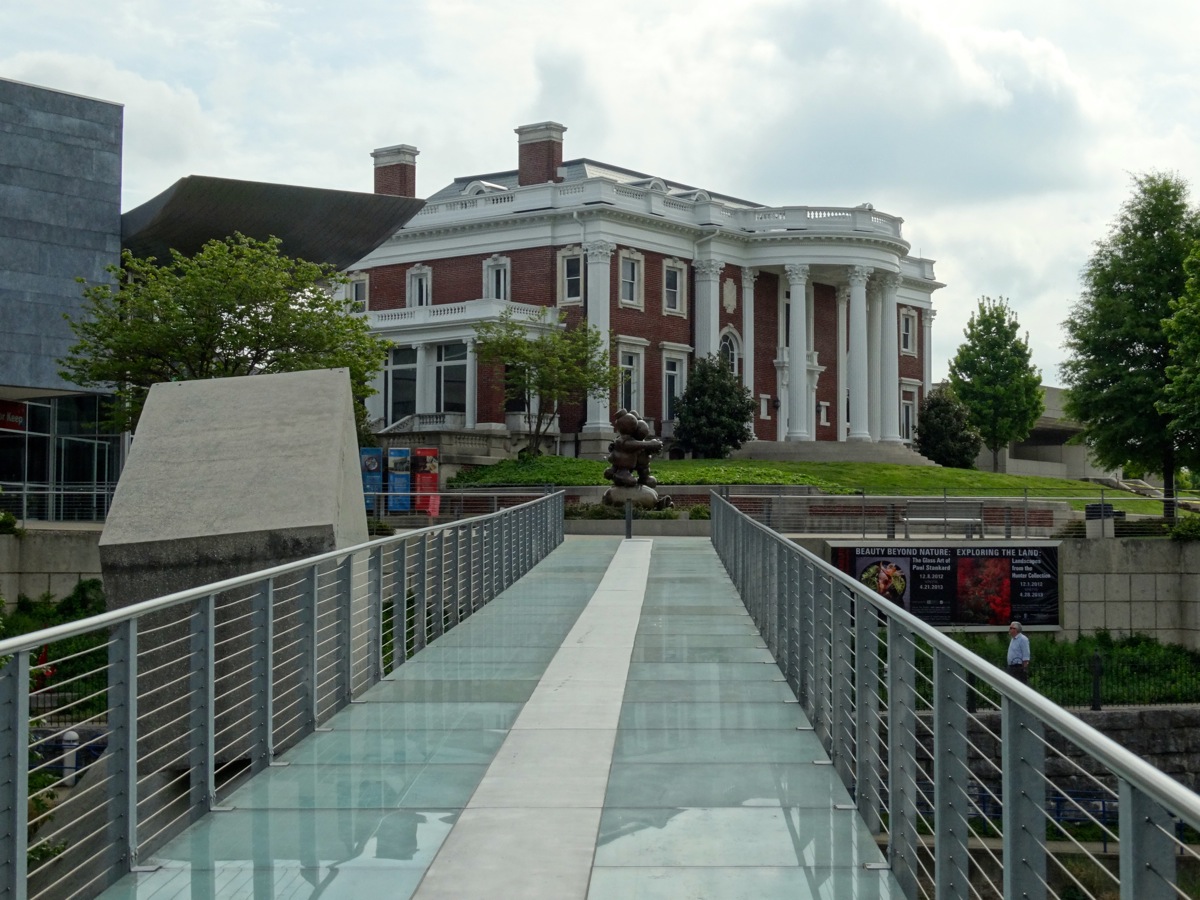 After a stingy breakfast we drive into Chattanooga for a mooch around. Place looks and sounds very attractive but at $7 for 2 hours parking they can “stuff off”, we’re just not paying that. Worse than Blackburn.

Find a cheaper alternative up the hill. I suppose it’s a lot cheaper because there’s a hill to walk up.

The downtown areas very pleasant; old wooden bridge to walk across; large Aquarium, not that we bother. Don’t really have time for the Choo, Choo as it’s a good way out.

Drive up to our Tennessee home in the foothills of the Smoky Mountains. It’s a great log cabin in the foothills of the Smoky Mountains. Lovely smell of pine from the walls, no a scrap of wallpaper or dab of paint anywhere, and all very rural. By the end of our two weeks I think we’ll have seen enough trees to last lifetime. All we need is two guys from Burnley (figure it out) sat on a balcony playing duelling banjos and the pictures complete. Deck is about 30 feet up, complete with lovely rocking chairs, hot tub and of corse the obligatory barbecue, chained to the deck I suppose to stop the bears from nicking it. Our bedroom has a jacuzzi bath tub and upstairs we have a lovely airy games room with snooker table. 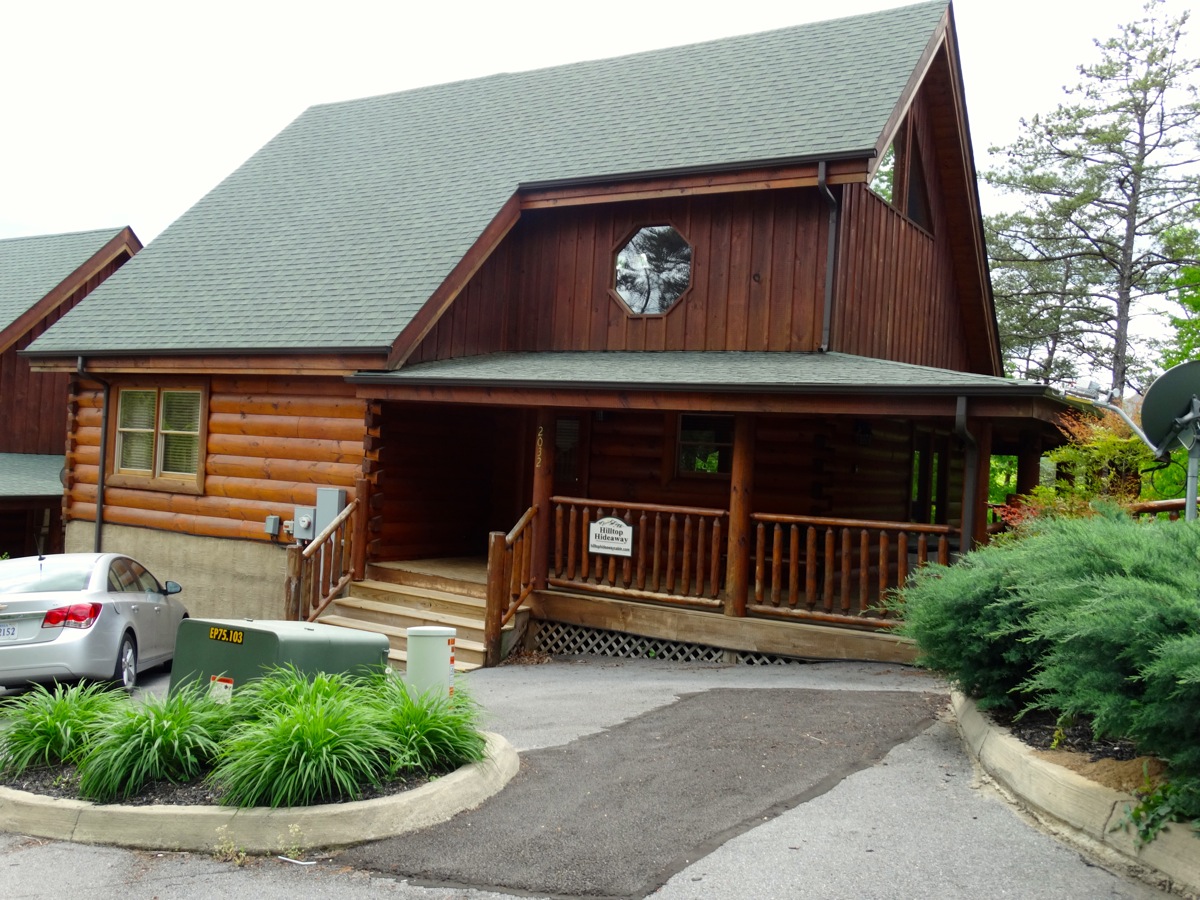 Mind you we’ve just driven into Pigeon Forge to the supermarket. Now this place is the complete antithesis. A cross between Las Vegas on a diet and Blackpool on steroids. At least it’s clean and not seedy.

Booths supermarket is forced to remove monkey nuts from shelves – for failing to declare they may contain nuts. 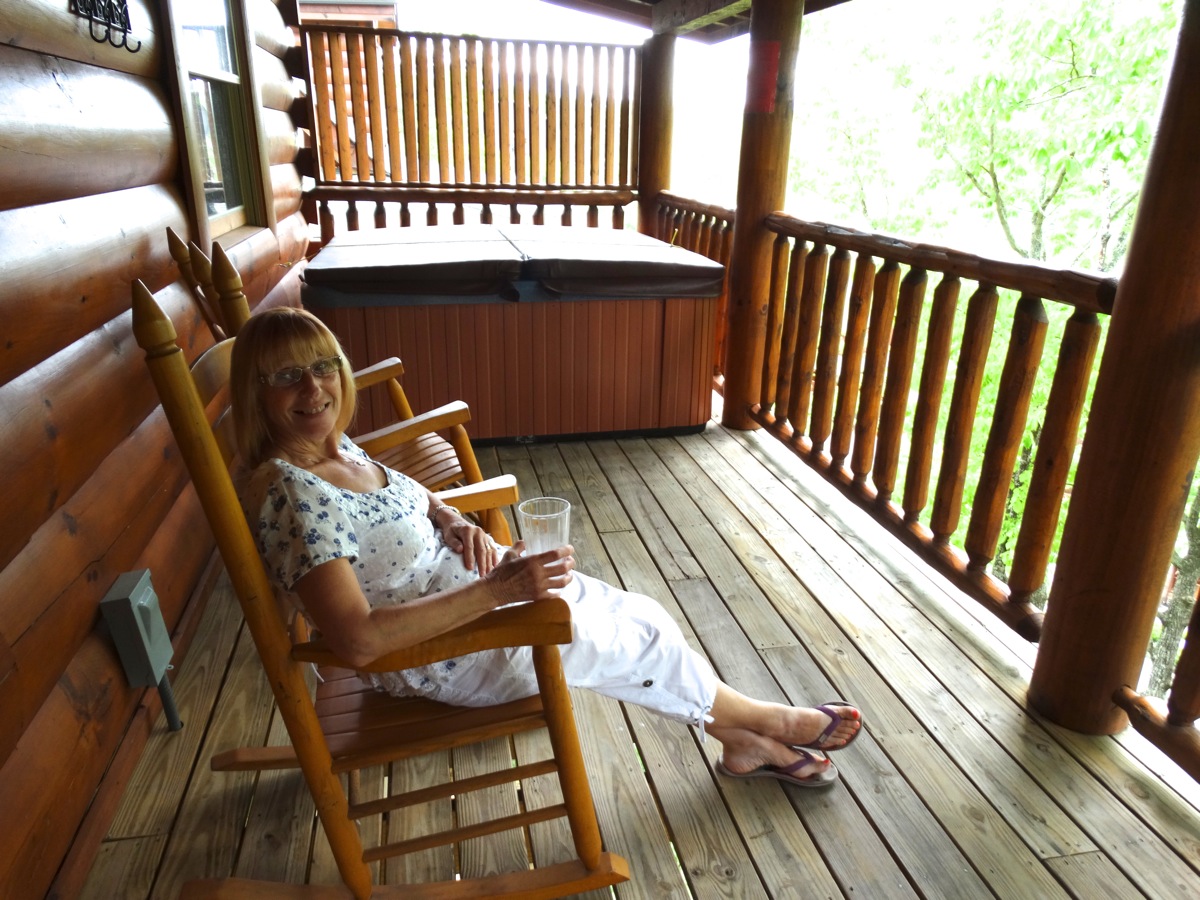 Shows how common sense is a rare commodity. The new hilarious BBC comedy series “The Wright Way”, by Elton John, just about sums up the state of lunacy in the UK today.

Mind you here in Tennessee common sense seems to be as rare as a Taliban in a piny washing the dishes.

Can’t buy wine or liquor anywhere in Pigeon Forge, have to drive down to Gatlinburg. Can buy beer though, but they need to see ID.
Wow I must be looking young these days. No have to see photo ID. Foreign drivers license not acceptable! Picture of passport on iPhone passes muster. Apparently the checkout woman can go to prison if she doesn’t see ID, or $500 fine and $1,000 fine for the supermarket. Even she thinks it nuts. 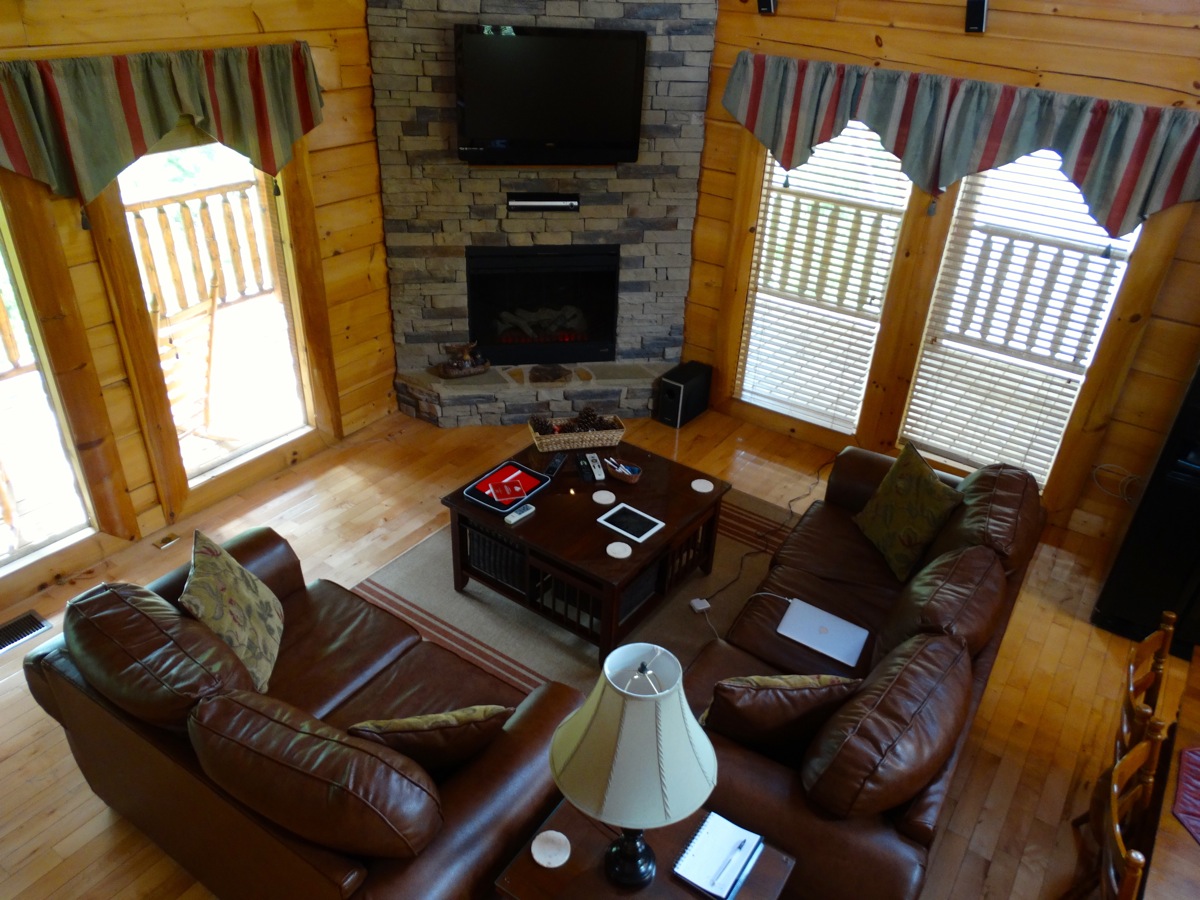 How can people live with such lunacy? Fortunately I stocked up on wine in Alabama. Moral over here is buy it when you can for you never know when you’ll hit a dry patch in some lunatic fringe county and believe you me there are plenty around here.
Thursday – hot with sun and cloud.
Real lazy morning. The first since we arrived in the USA.
After lunch we drive up to the Smoky Mountain National Park visitors centre to pick up all the literature on the area and plan our stay. Apparently next Friday there’s a Dolly parade 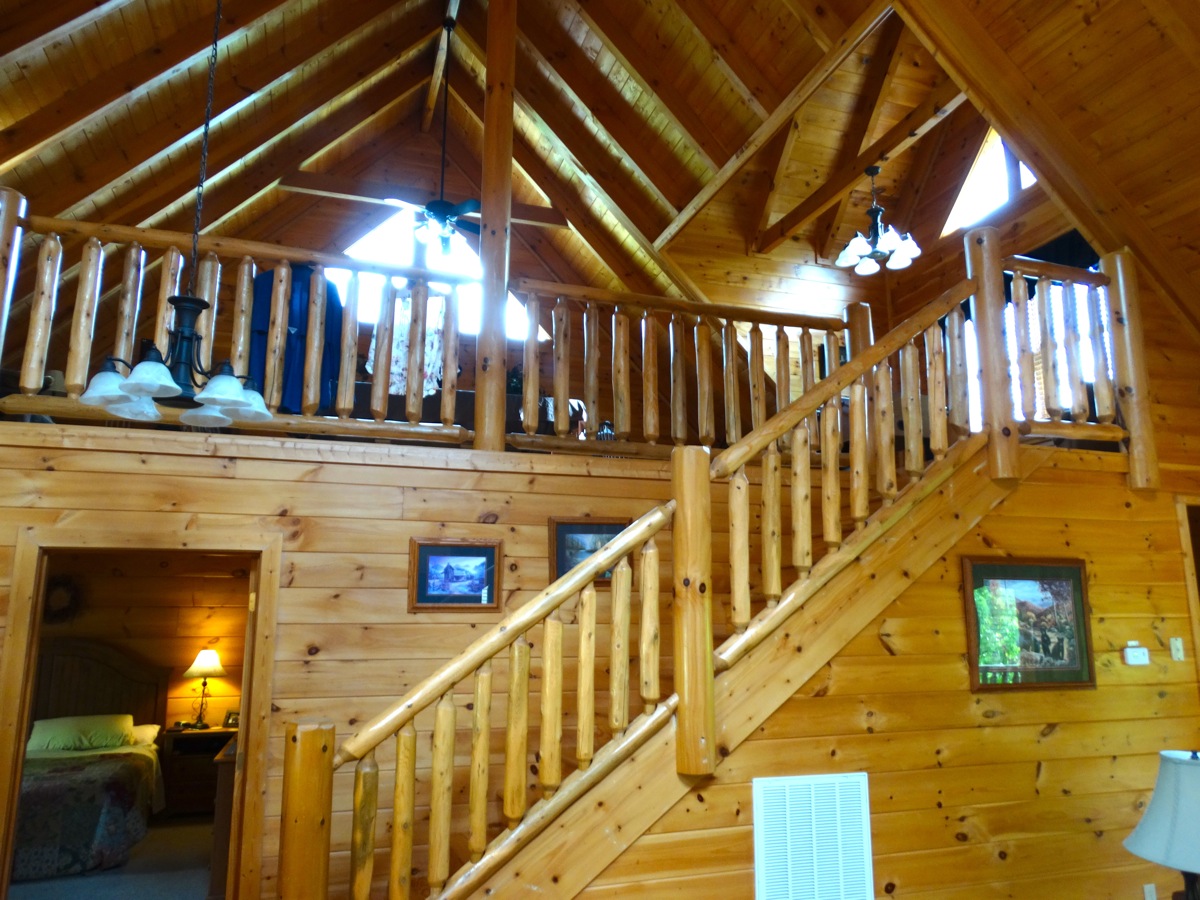 through Pigeon Forge. Guy in the visitors centre, had about as much personality as a stuffed Penguin, but was bemused when we asked if it was the real Dolly Parton. And yes it is. We are now the proud owners of a signed Dolly print – head and shoulders only!
Drive through Gatlinburg, not quite as glitzy as Pigeon Forge and they sell alcohol.
Given the crazy blue laws inflicted on everyone by the religious zealots it would seem that there are plenty of other crazy laws in Tennessee: 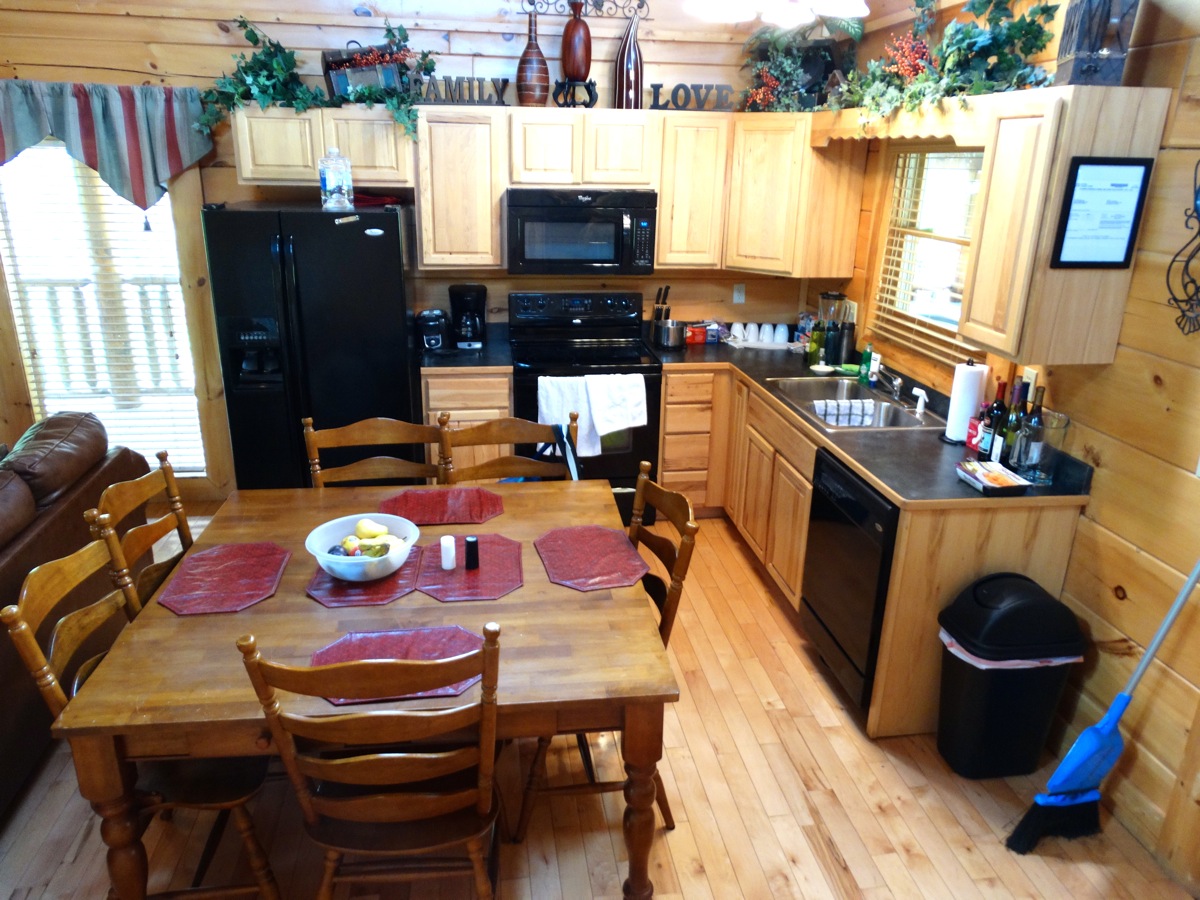 “Crimes against nature” are prohibited. 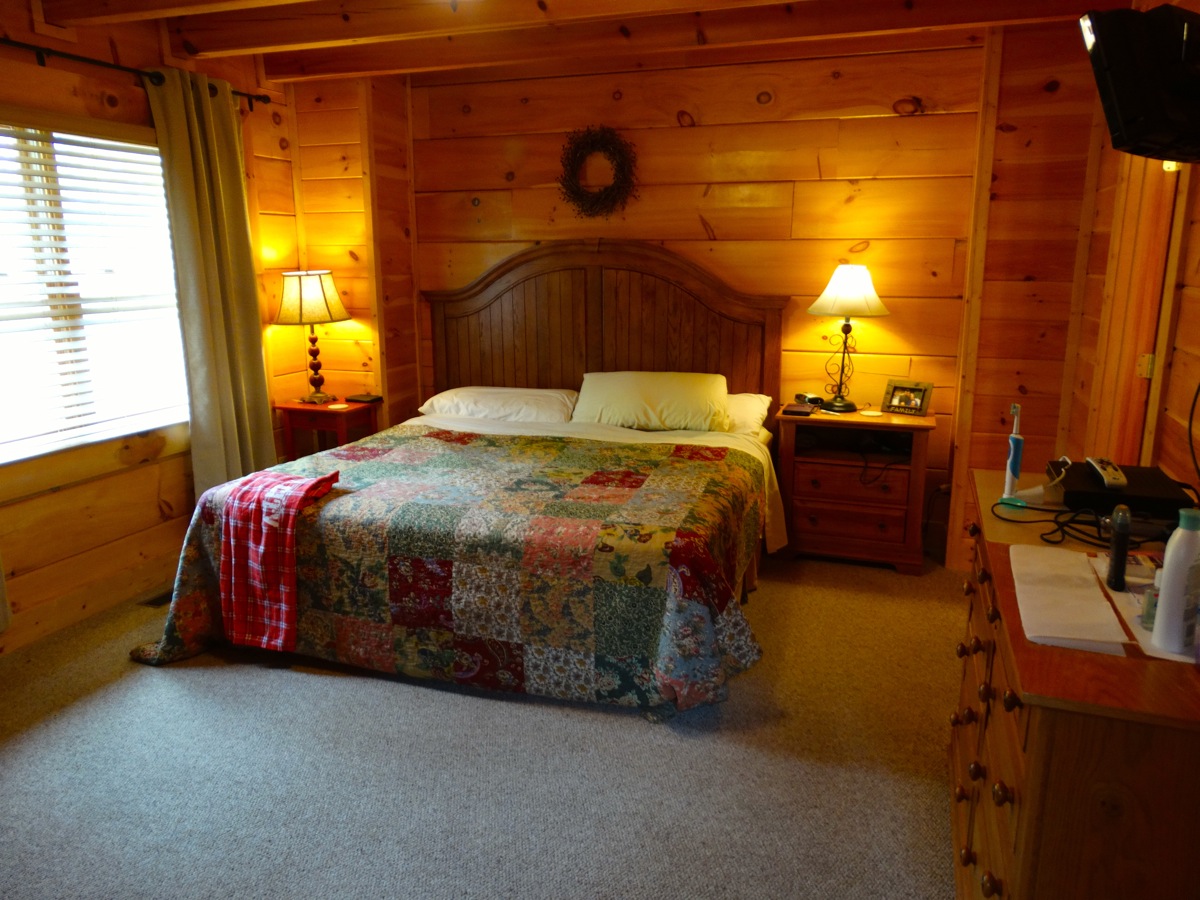 Ministers are to be dedicated to God and therefore are not eligible to hold a seat in either House of the Legislature.

Any person who participates in a duel may not hold any public office in the state.

Nerd talk – if you’re not a nerd move on. 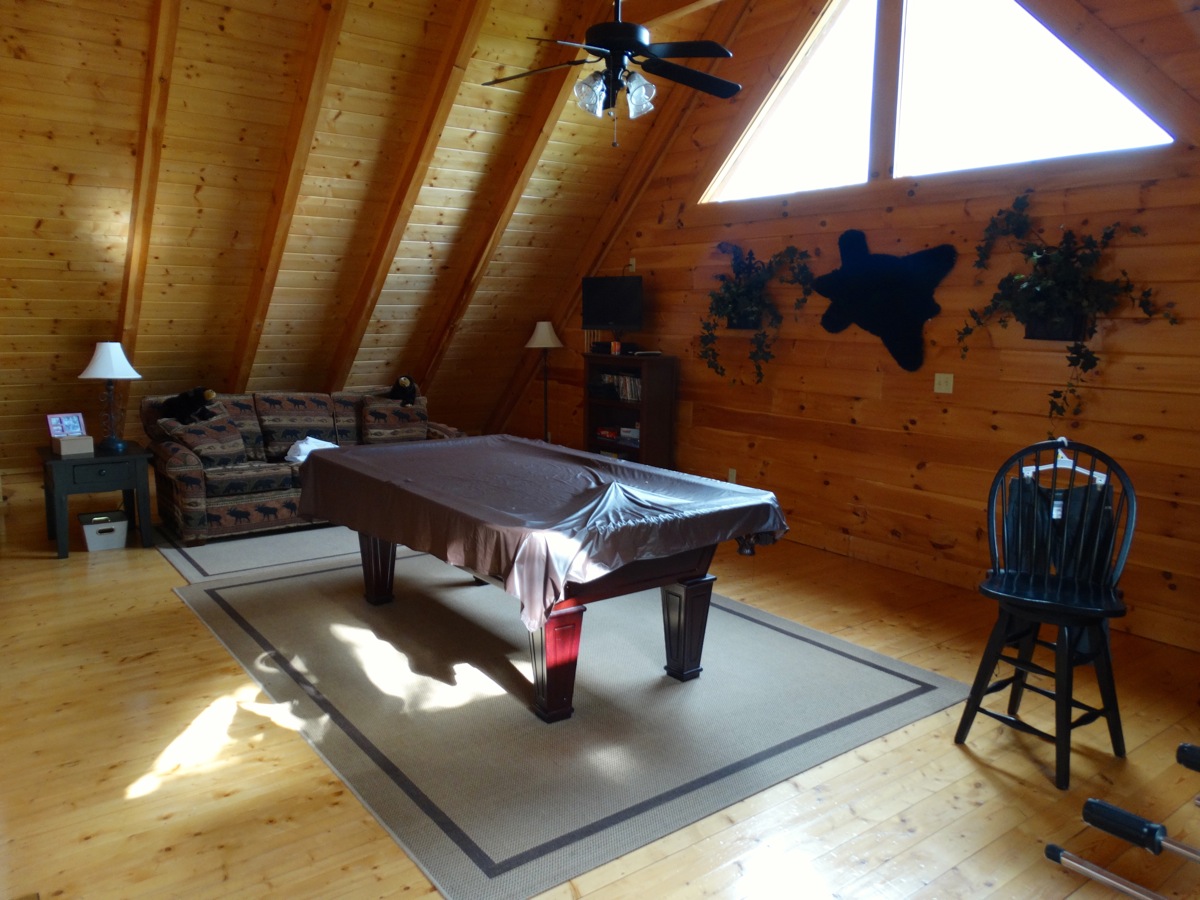 The house only has one antique and that’s wifi provide by dial up. Slow to connect (ping over 1,000 msec, can you believe it) and only 256K, all that’s missing is the mating call of the lesser baud rate modem. It’s a bloody nightmare. Turns out that is a satellite connection, hence the appalling latency. Well I was considering satellite wifi for home but the horrors of poor latency put me off. Now I’ve experienced it I’m glad I didn’t go for it.