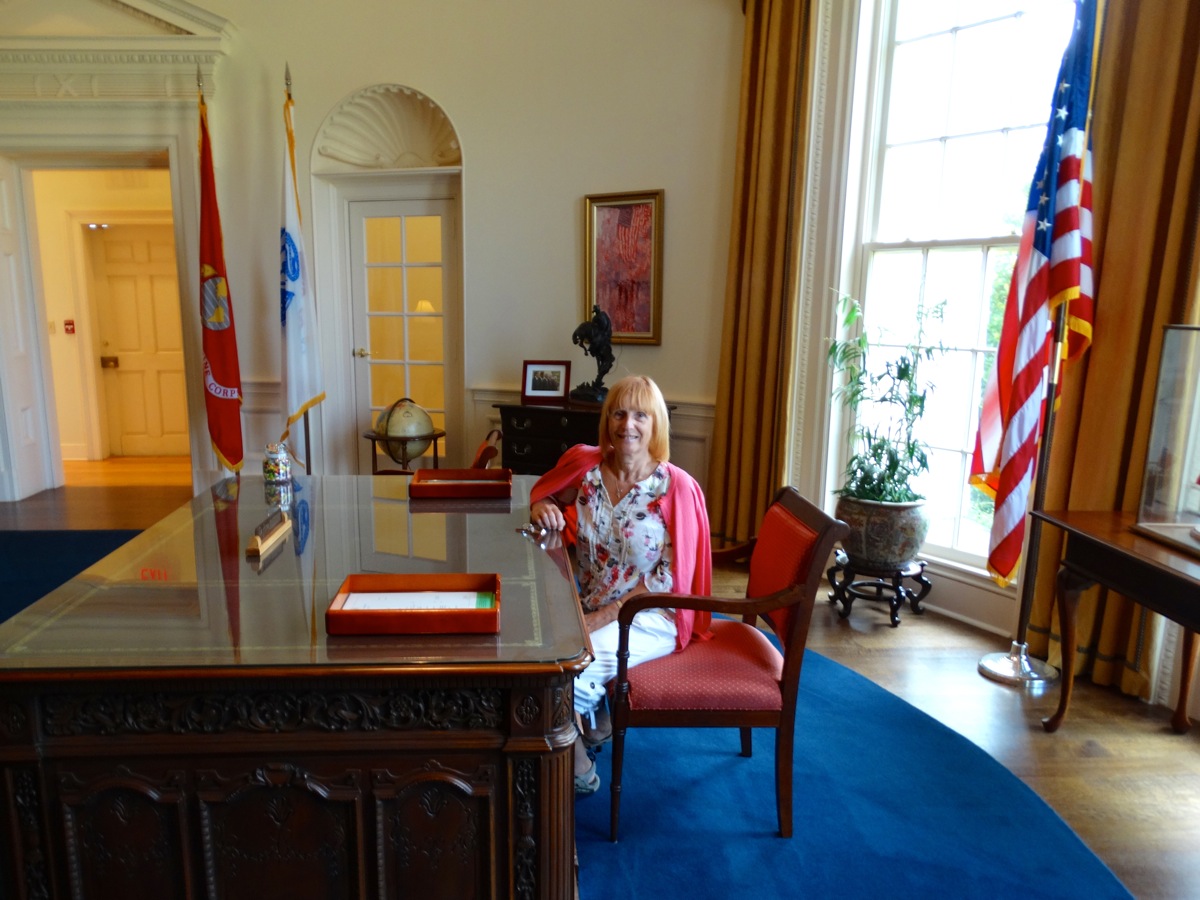 After yesterdays deluge good to wake up to a sunny day and pleasant breakfast.

Drive to the American Village which is a nationally-pioneering classroom and American history and civics education center that engages and inspires 35,000-40,000 students annually from Alabama and Southeastern states in experience-based academic programs related to American history, civics and government.

Students “step into history” and discover the power and drama of America’s journey for independence, liberty, and self-government.

Wendy steps into the Oval Office as the first foreign female President. Is this a British comeback?

A great morning. Personal tour for just the two of us with actors in period costume and in character. Full of useful little facts. The major attacking the British lines with his musket and Mercy Warrens narration was absolutely brilliant. Mock up of the Oval Office was realist and we got it to ourselves for a 10 minute browse and picture session. Martin Sheen wasn’t 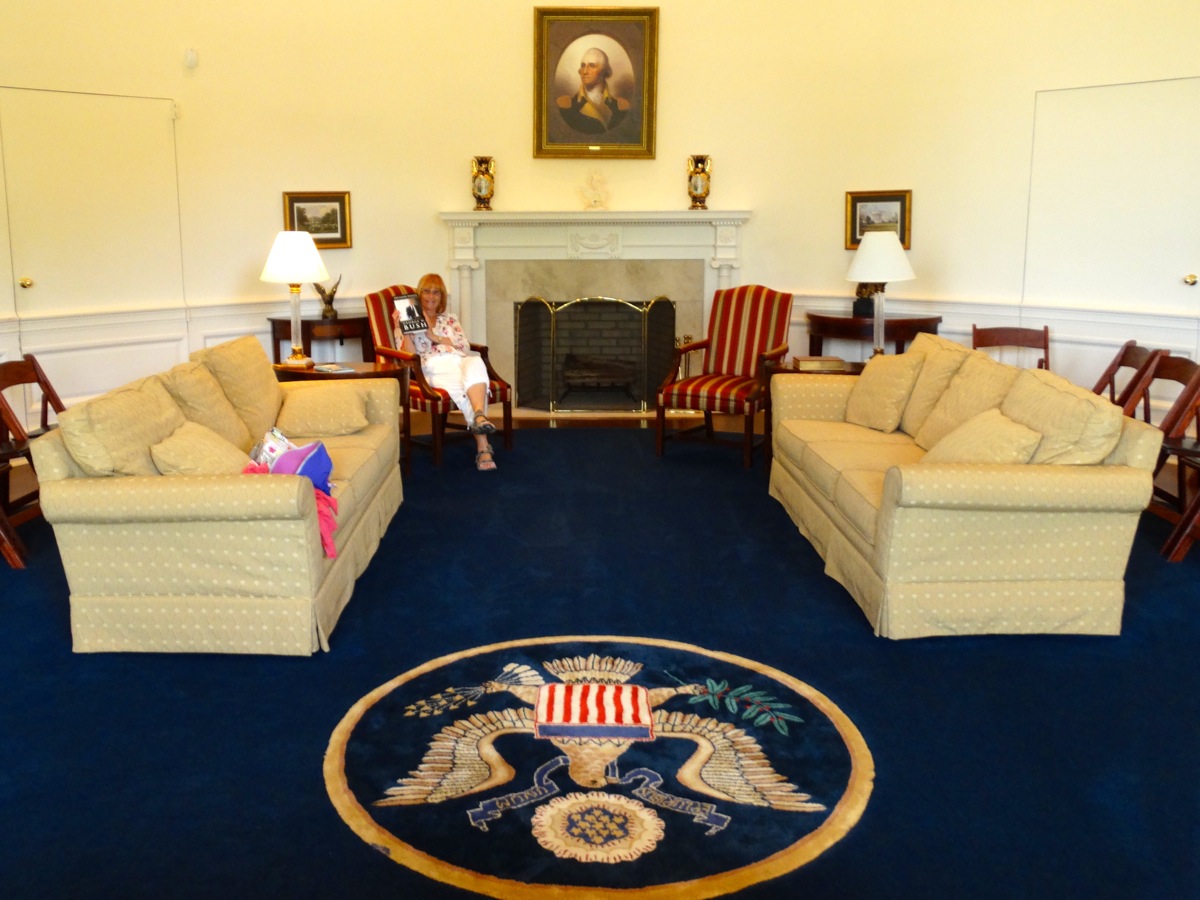 there though, nor was the Obama geezer. A thoroughly enjoyable morning. Not quite up to Williamsburg standards but has the potential.

Then drive to Downtown Birmingham to visit the Civil Rights Institute. Alas like most places in Birmingham it was closed on a Monday and then people ask “why is it that nobody just comes to Birmingham, Alabama they’re always just passing through?”. Well get some places open on a Monday – have they not heard of staggered openings – and you might improve your tourist industry. Went on the signposted and narrated civil rights walk – mind you police officer did advise us to be careful as there are some aggressive beggars around, yet another downer for tourism. Really interesting and quite galling to consider that 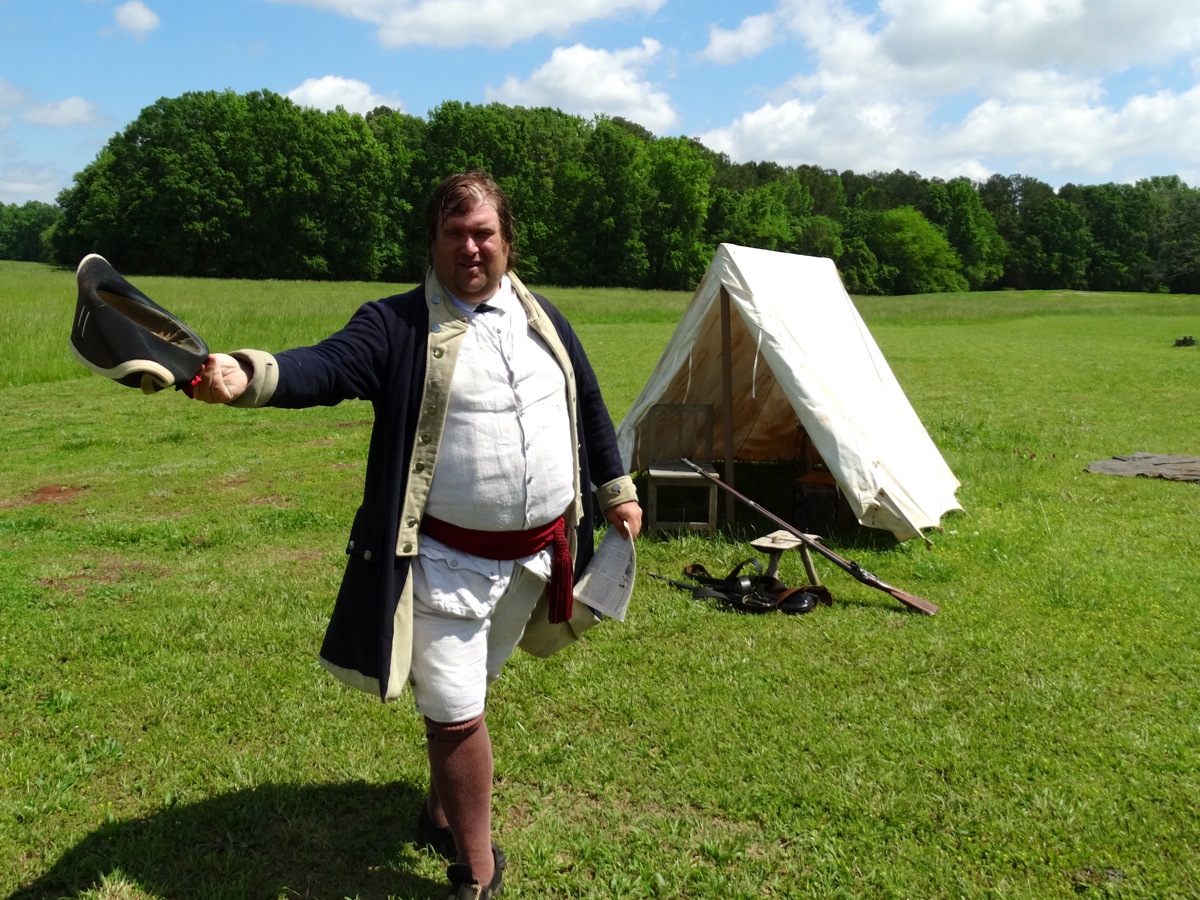 the “Jim Crow” laws on racial segregation were enforced here up to 1965, in our lifetime, with appalling treatment of blacks only ended by the civil rights movement and Martin Luther King.

They use the term blacks here quite freely, doesn’t seem to be at all non PC. It’s probably just the Loony Liberal lefty thought police in the UK that get uppity about it. Mind you I did here that Mark Twains books were being re-written / censored because they used the nigger word – how bloody stupid.

Call in for a Starbucks on the sidewalk (pavement) and then visit Vulcan Park and museum. Yes, it’s yet another US “biggest in the World”. This time the biggest cast iron statue. Now there’s something to be proud of!

No doubt you’ll be amazed to know that there’s one area where the good old USA isn’t number one, nor biggest and best, when it come to religious whackoos. US Religious 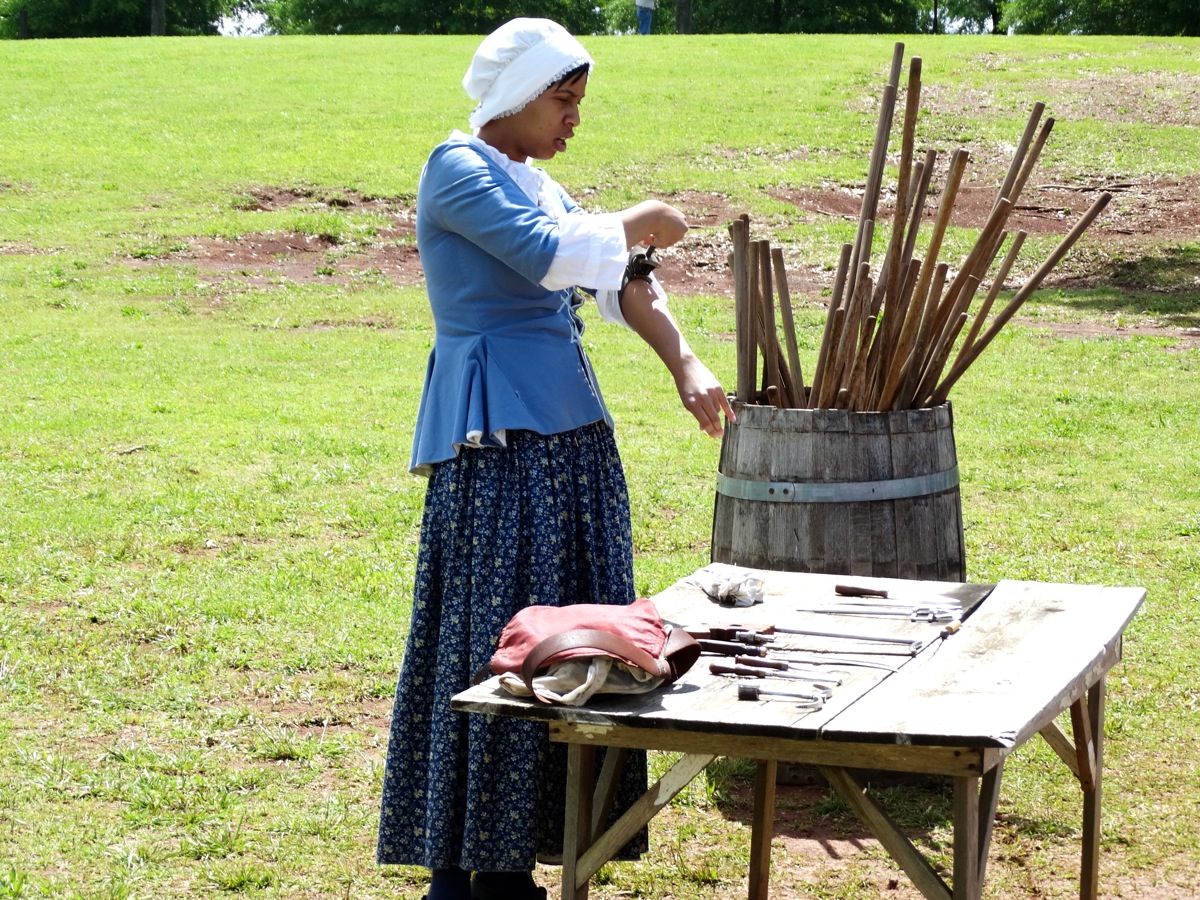 fruitcakes are just minor league when it comes to Muslims.

“Surely the time is now for all Muslim clerics of good will to band together for a massive public campaign aimed not at convincing non-Muslims of the clerics’ own good intentions, but at telling all their fellow Muslims that violent jihad, terrorism, and forced “conversion” (or punishment) of non-Muslims is always and everywhere unacceptable and evil.

If they will not do this, then they are morally complicit in the continuing crimes against humanity represented by the Boston bombing, by 9/11, and by so many other acts of cowardly, sub-human viciousness done in recent years supposedly in the name of Allah.

It is not enough for Muslim clerics to meekly protest that, well, Islam is supposedly a religion of peace and that they themselves aren’t guilty. It is even worse for clerics and other Islamic leaders to spend more time protesting against the “mistreatment,” via “profiling,” of Muslims than they do to squash the evil in their own midst.

What’s necessary now is an open, public, enthusiastic, organized, energetic, emphatic and long-lasting effort by Muslim leaders to eradicate the very idea that their faith, understood correctly, calls for violent jihad or murder. Without such an effort, it is at least arguable that, by their silence and inaction, they in effect become accessories to evil.” 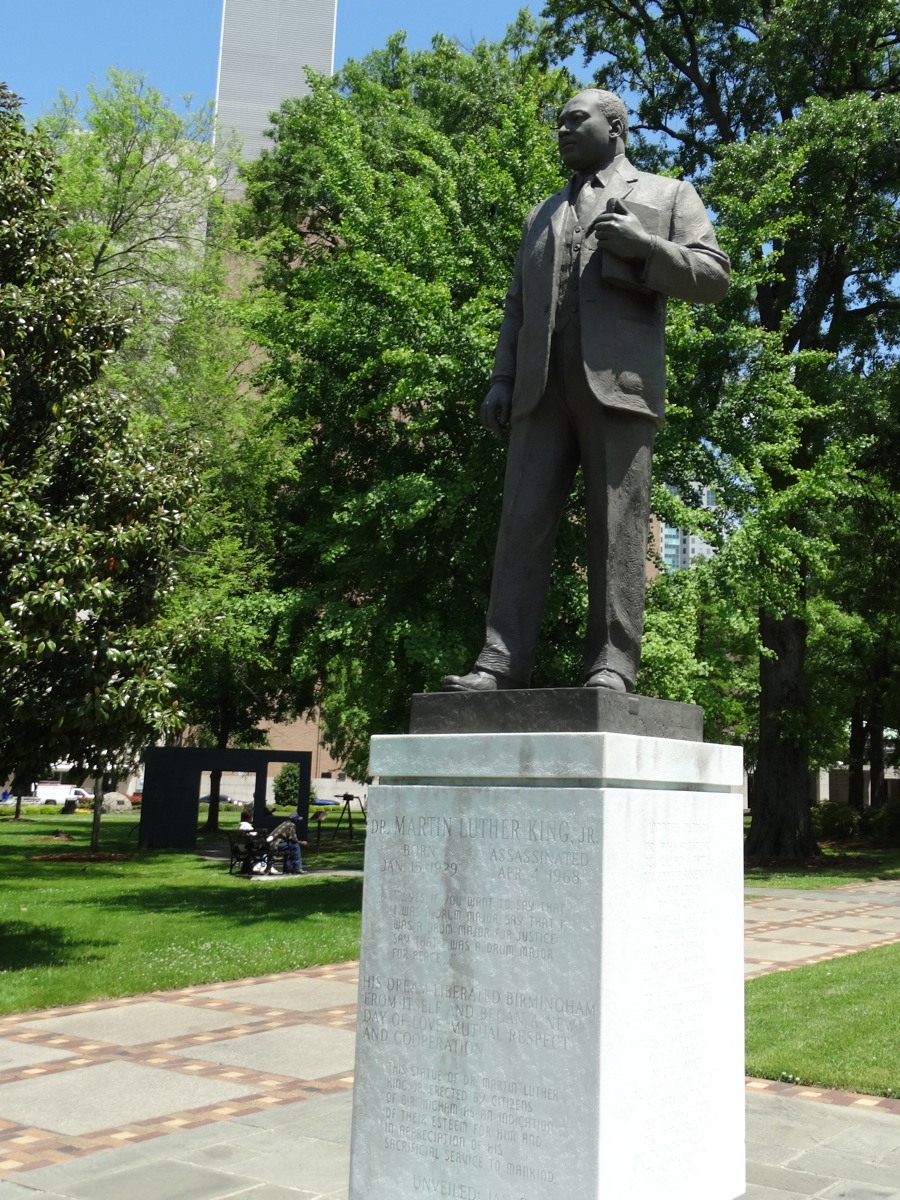 What profiling? If only they would profile. it’s just common sense, stuff the loony lefty liberal PC brigade.

Birmingham seems like a typical US City, no real soul or character.

What is it with old balding Harley Davidson riders with pony tails, or in this case a plaited pony tail, bound to be a Bob Dylan fan. And what is it with Harley riders who think they have a god given right to shatter everyones ear drums or wake the whole neighbourhood up at the crack of dawn with their nosy growling macho machines – phallic extensions.

It’s goodbye Alabama today as we head North to Chattanooga on our way to the Smoky Mountains. 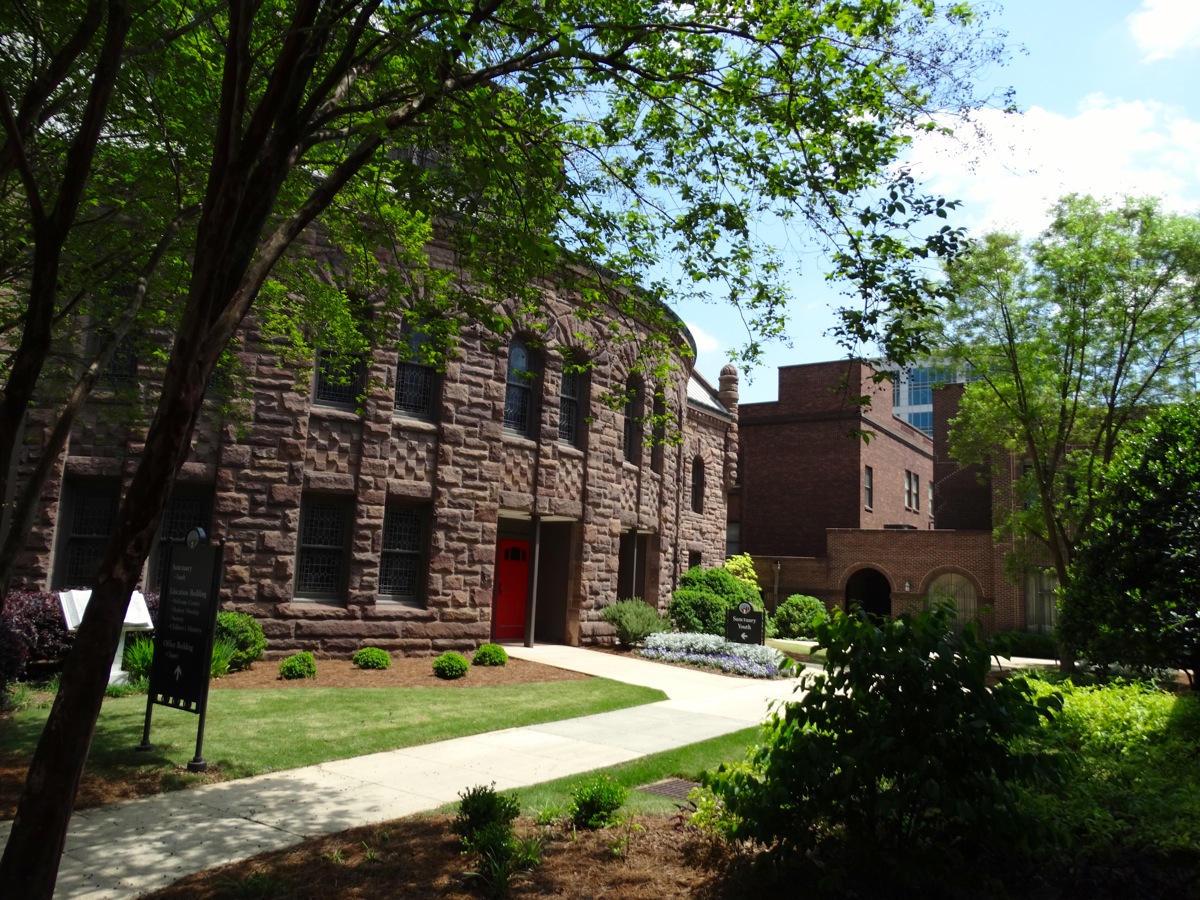 of a compass. Then we have the luny speed limits. It seems that speed limit is inversely proportional to the value of the homes in the area. The rich can obviously get the speeds slowed down, even though the roads just the same as a 55MPH road.

But despite that our 160 mile journey takes 6 hours it’s worth it. The Parkways very beautiful; great stop offs with views down the river gorge; waterfalls. Stop off in Fort Payne for lunch in a quaint restaurant come antique shop like something out of the 1950’s. Accents are getting stronger. Waitress asks me if I’ve been to see the henteks, pardon, henteks, sorry I didn’t catch that, henteks – antiques, we get there in the end. 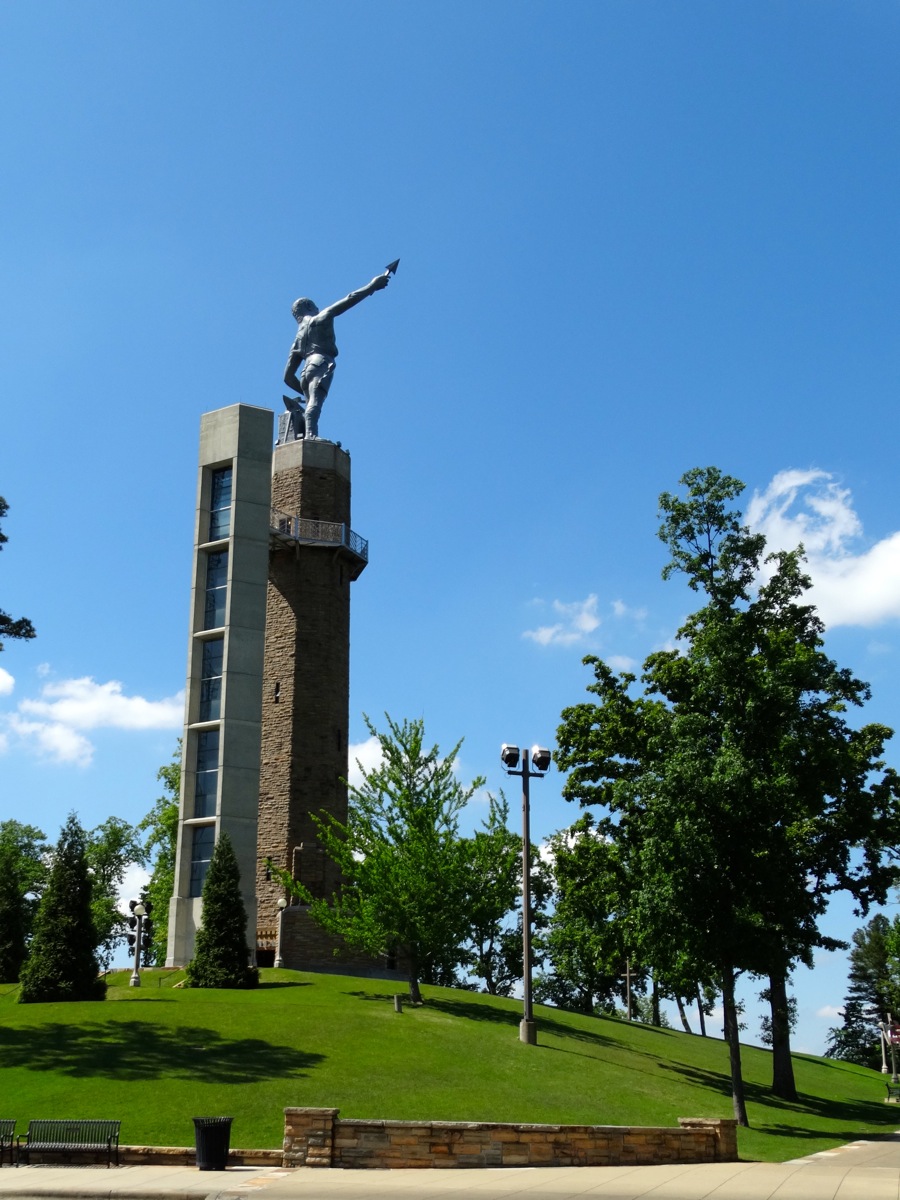 Nip into Georgia for 30 miles, that’s another state to tick off the list, and then we’re in Tennessee – they’re into double letters in their spellings around here.

Finally get to stay at a Clarion Hotel, free breakfast, good wifi, very comfortable suite, separate bedroom area and even a jacuzzi as well as a normal bath – excessive. All for £70 a night.

Thank goodness there’s a name for this disorder. Somehow I feel better, even
though I have it!!

This is how it manifests itself:

I decide to water my garden. As I turn on the hose in the driveway, I look over at my car and decide it needs washing. 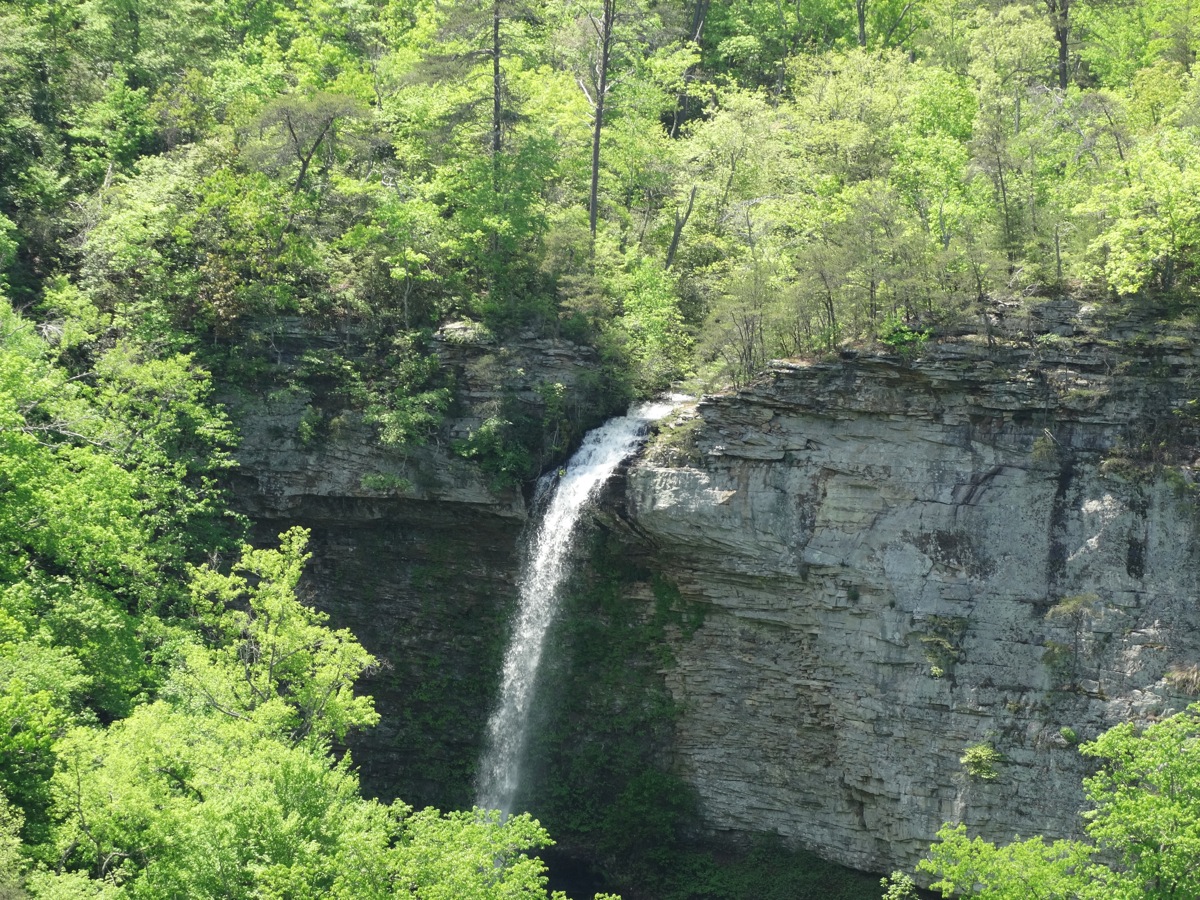 As I head towards the garage, I notice mail on the porch table that I picked up from the postman earlier. I decide to go through it before I wash the car.

But then I think, since I’m going to be near the post-box when I take out the recycling paper anyway, I may as well pay the bills first. I take my cheque book off the table and notice that there is only one cheque left.

My extra cheques are in the desk in my study, so I go into the house to my desk where I find the cup of coffee I’d been drinking. I’m going to look for my cheques but first I need to push the coffee aside so that I don’t accidentally knock it over. 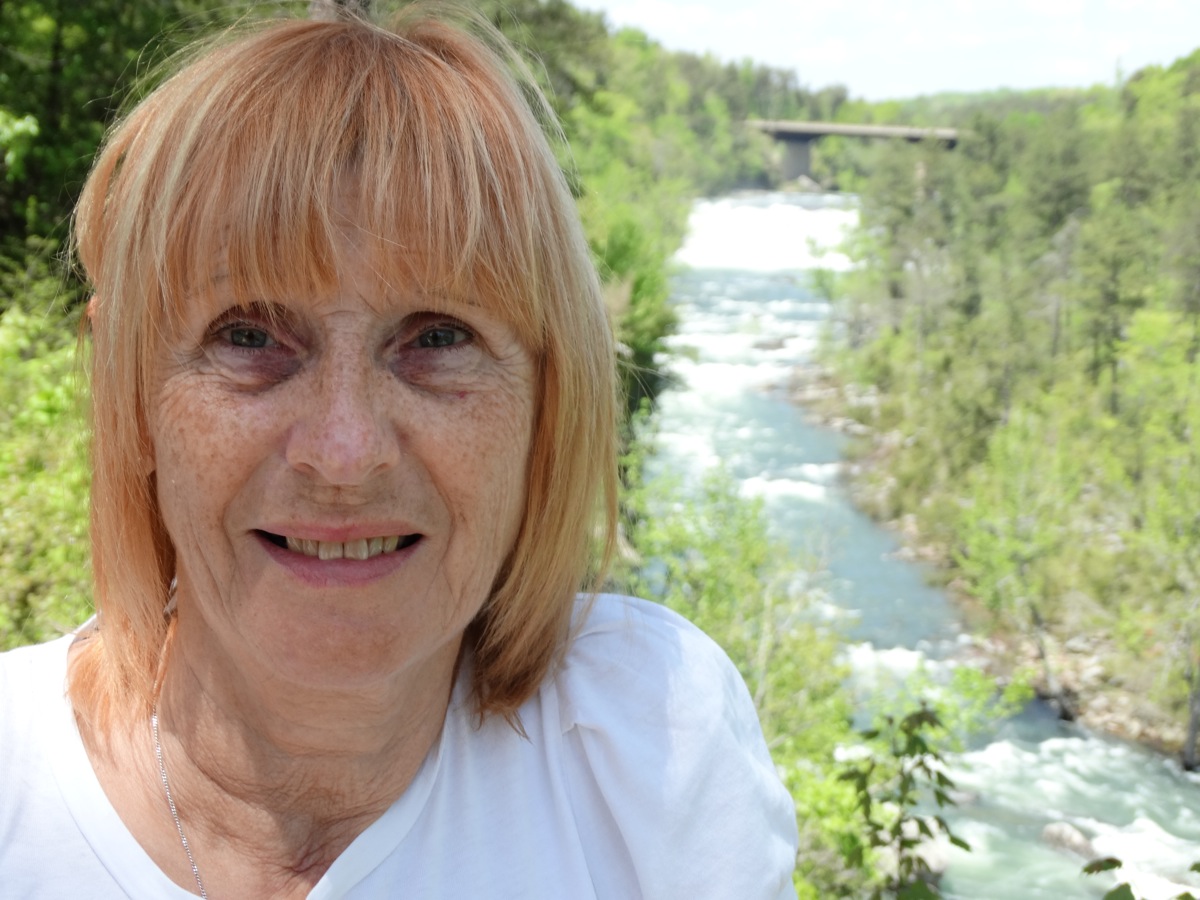 The coffee is getting cold, and I decide to make another cup.. As I head toward the kitchen with the cold coffee, a vase of flowers on the worktop catches my eye – the flowers need water.

I put the coffee on the worktop and discover my reading glasses that I’ve been searching for all morning. I decide I better put them back on my desk, but first I’m going to water the flowers..

I put the glasses back down on the worktop, fill a container with water and suddenly spot the TV remote control. Someone left it on the kitchen table. I realise that tonight when we go to watch TV, I’ll be looking for the remote, but I on’t remember that it’s on the kitchen table, so I decide to put it back where it belongs, but first I’ll water the flowers.

I pour some water in the flowers, but quite a bit of it spills on the floor. So, I put the remote back on the table, get some towels and wipe up the spill.

Then, I head down the hall trying to remember what I was planning to do. 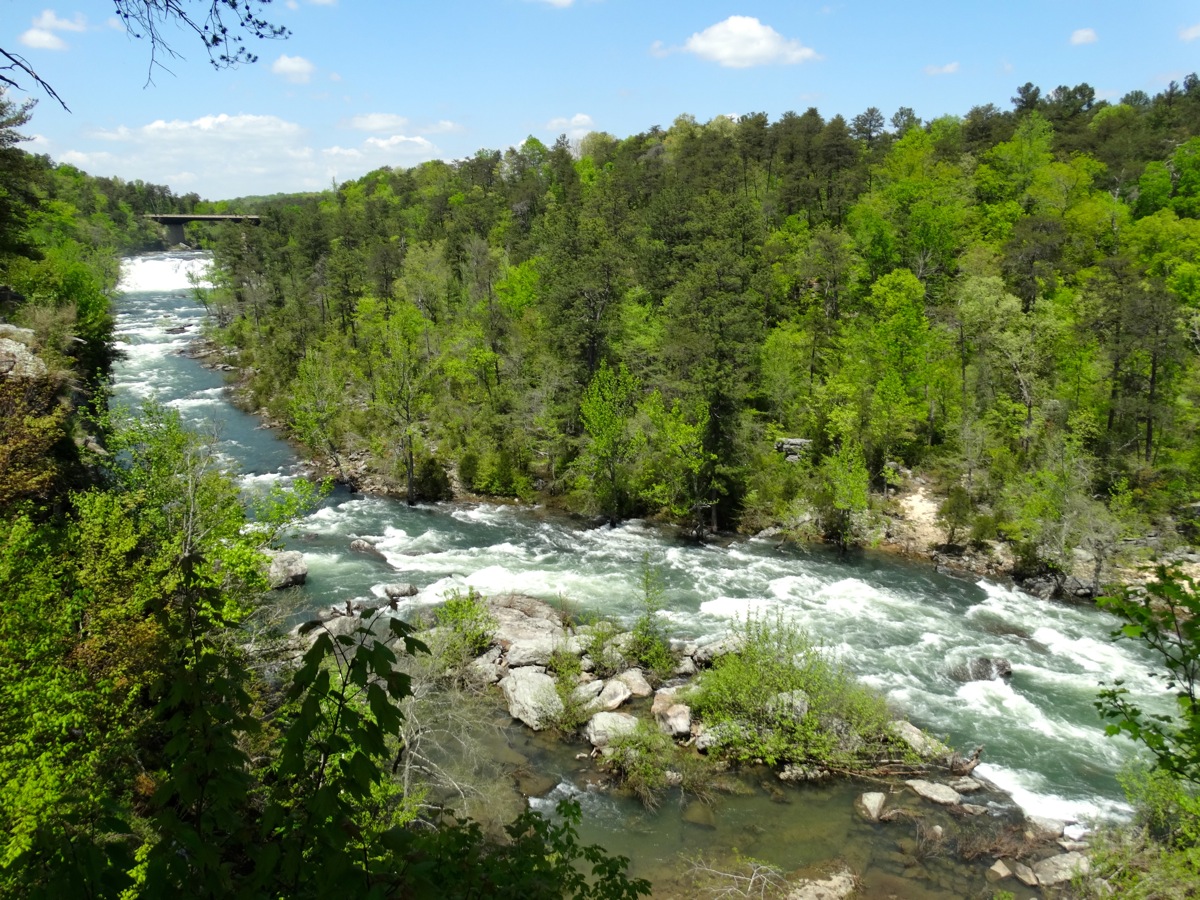 At the end of the day:

The car isn’t washed. The bills aren’t paid. There is a cold cup of coffee sitting on the kitchen work-surface. The flowers don’t have enough water. There is still only 1 cheque in my cheque book. I can’t find the remote. I can’t find my glasses. And I don’t remember what I did with the car keys.

Then, when I try to figure out why nothing got done today, I’m really baffled because I know I was busy all bloody day and I’m really tired.

Don’t laugh – if this isn’t you yet, your day is coming. 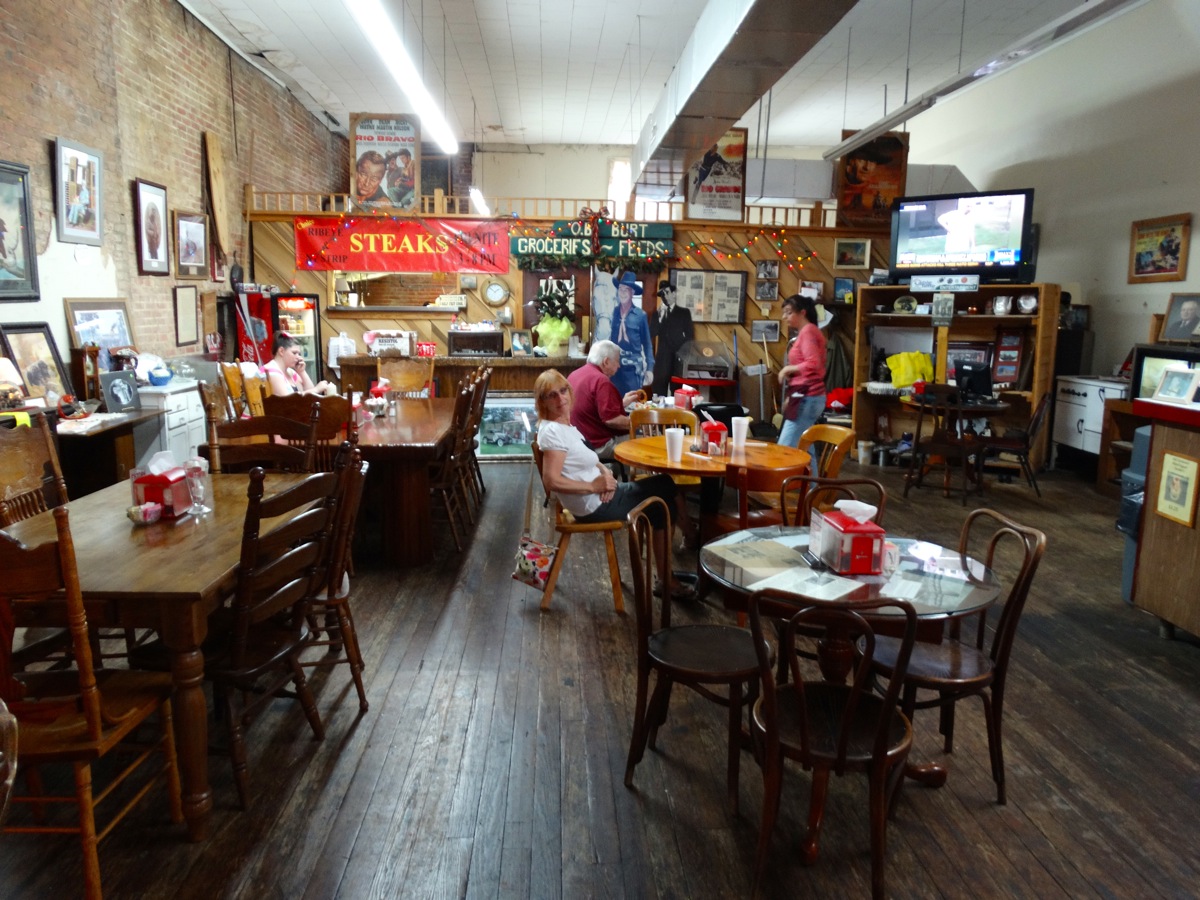 Six Islamic terrorists facing lengthy prison sentences after admitting plot to bomb EDL rally causing mayhem and mass injuries
They arrived at rally at 4pm – only to find it had finished at 2pm
Extremists’ car stopped on their way home because it had no insurance
Vehicle is towed with a cache of weapons hidden inside
They had a nail bomb, two shotguns and swords – but they weren’t found at the compound for TWO DAYS
Group didn’t take mobiles with them on day of the attack to avoid detection
Jewel Uddin was involved in another bomb plot which could have been ‘bigger than the 7/7 atrocities’