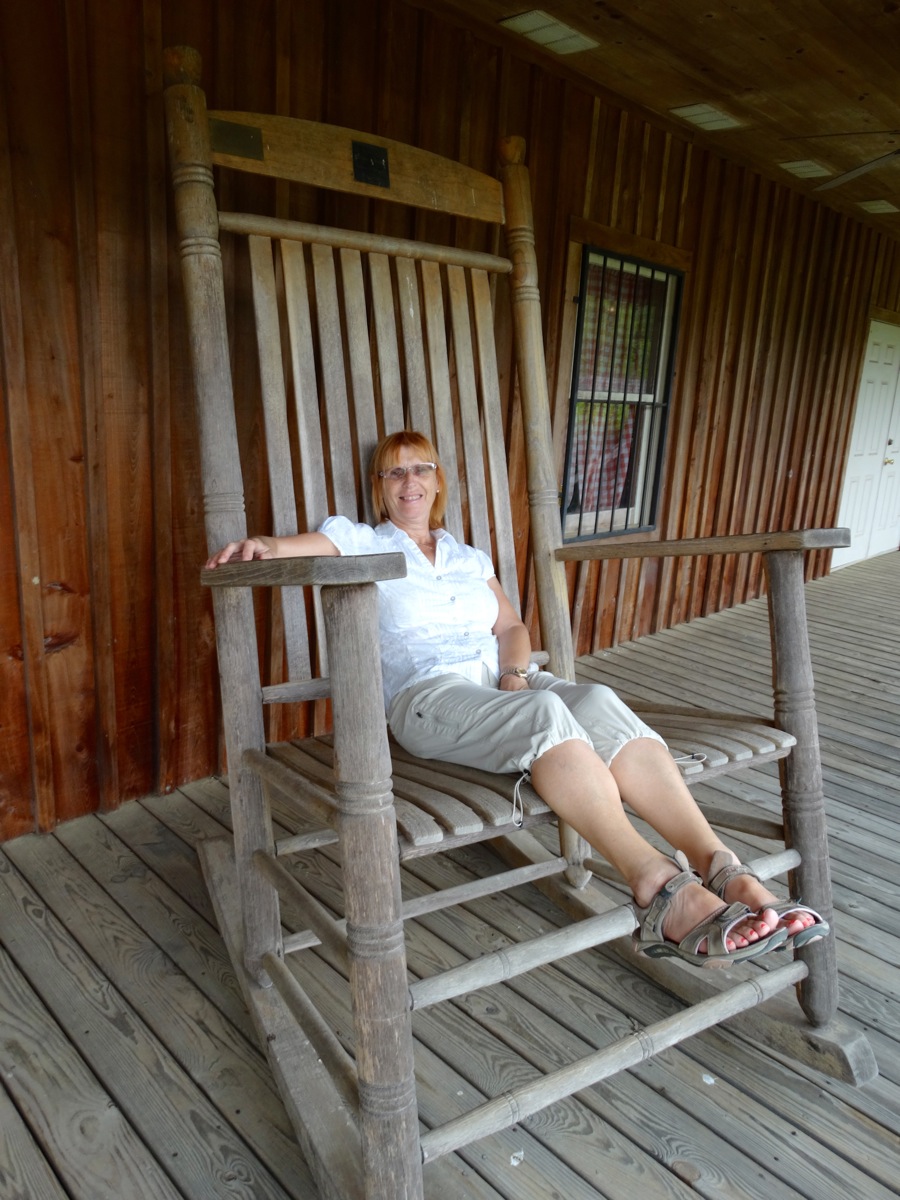 Breakfast is back to normal with waffles. Black guy (not PC I know) comes into the breakfast area to ask the receptionist how to tie a tie – no this isn’t the start of a joke. Receptionist has no idea either so I end up giving tie tiring lessons and tie two ties for this geezer. Good to know that usBrits and empire are still good for something.

Check out of our Quality Inn & Suites. Nice hotel; a really friendly greeting on arrival; great wifi; Ice cream, cookies and popcorn in the evening; hot breakfast in the morning; large suite all for $80 a night.

Drive over from Vicksburg to Jackson – the state capital.

Check in early to another Quality Inn & Suites. Another large suite, great wifi and all for $60 a night.

Drive down to the Farm and Agriculture museum. A interesting indoor museum  along with original farm buildings; village store; gas station (petrol); church; masonic lodge and cotton mill to 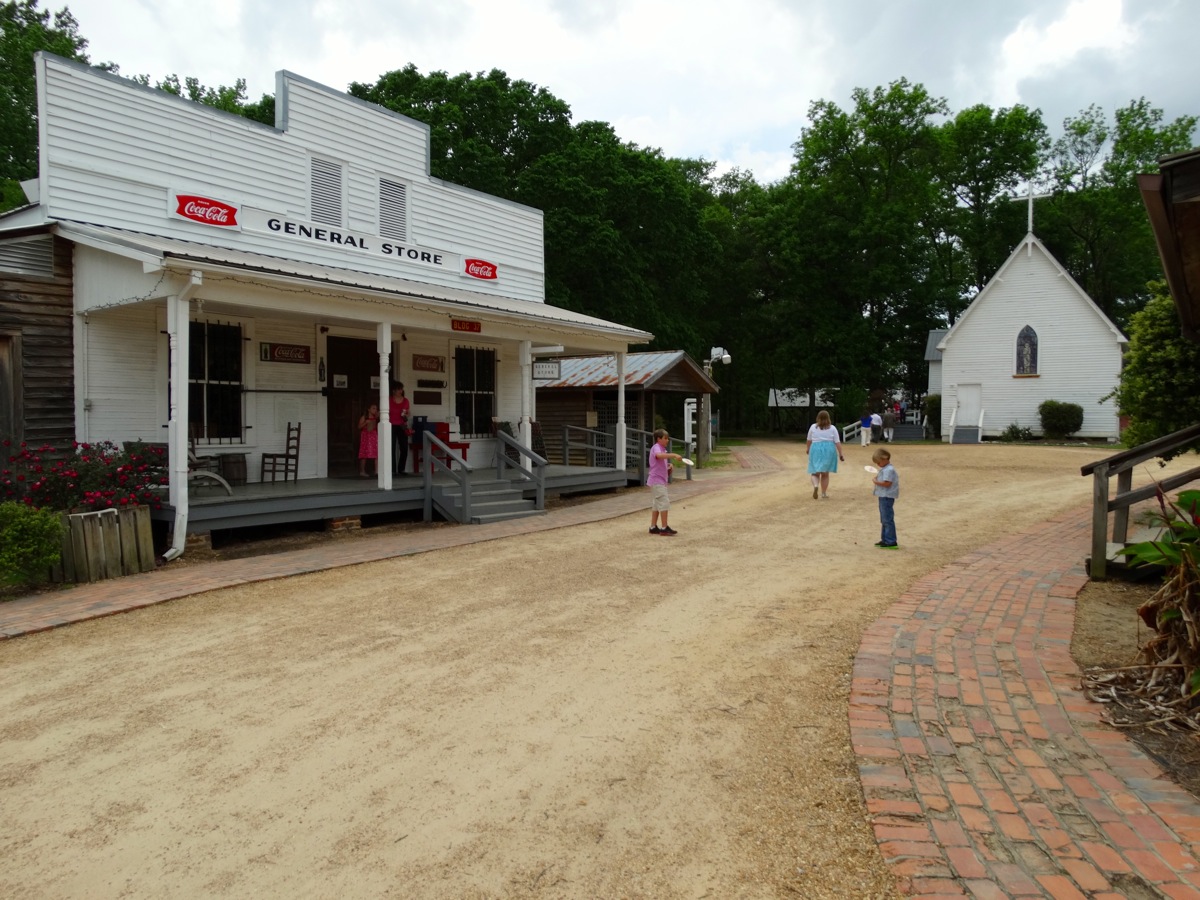 name but a few. A pleasant 2 hours strolling around on a self guided tour.

Then decide to drive into Jackson to stroll around the Froden shopping district. Best described as a dump.

Visit a giant outdoor shop complete with 100 foot waterfall; giant aquarium and trout stream – only in America. But there the amazement with Jackson ends.

We’re still trying to find a supermarket. It seems the whole state has been monopolised by Walmart. That’s it you have Walmart, Walmart and perhaps a Kroeger. Choice? There is none. Should this be a wake up call to us?

I think I may have mentioned that the dominant cuisine in Mississippi seems to be frying. If its edible then before ŷou dish it out, fry it seems to be the rule. Breadcrumb it and then fry it is the ultimate golden rule.

Well tonight we’ve had enough. Yes we’ve enjoyed all the new exotic dishes, but tonight it’s something simple thats been no where near a frying pan. So we search high and low. What do we have in the end? A salad, the only thing they can’t fry. “Oh I’m sorry we can’t serve wine sir, this is a dry county.” 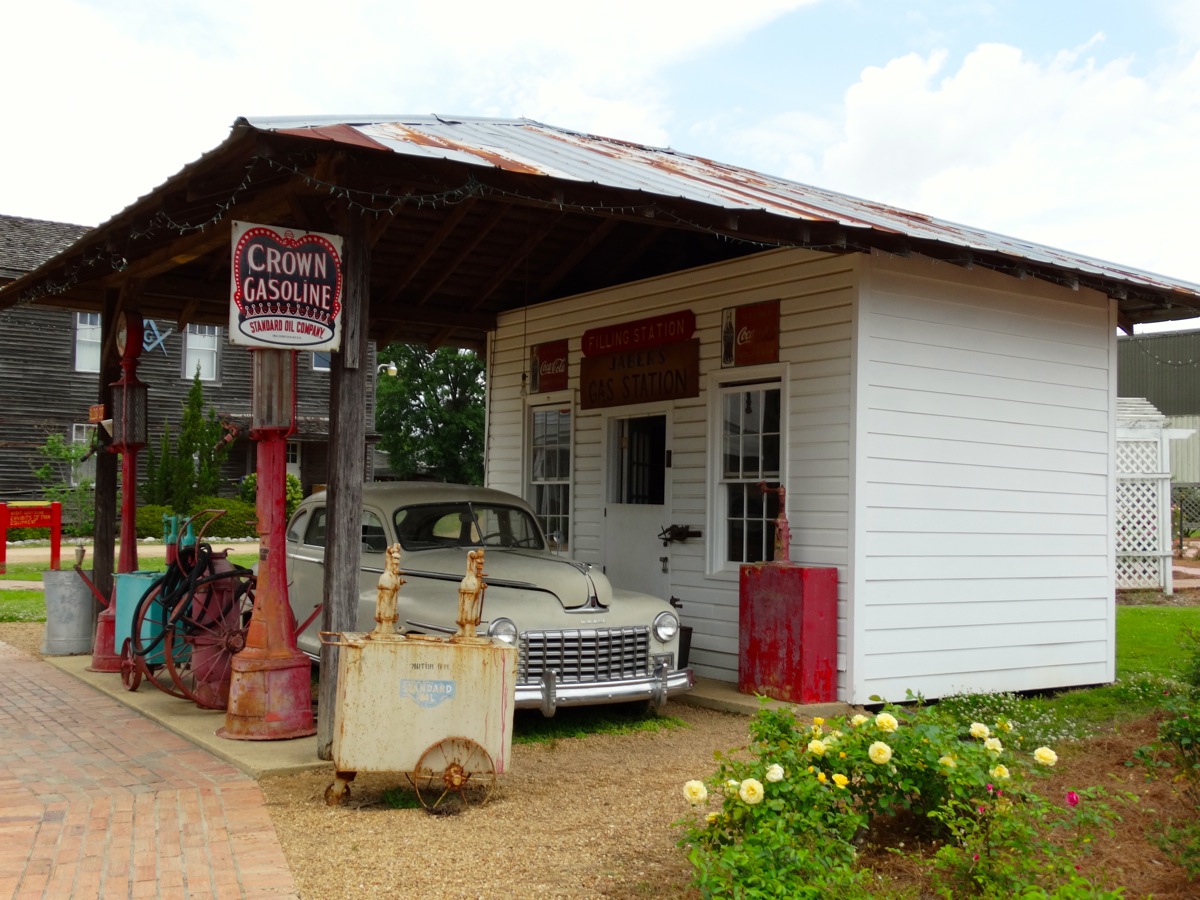 You know friends think this travelling is all fun and pleasure. Little do they realise the deprivations us pioneer travellers have to suffer. Here we are in the 21st Century in Jackson, Mississippi a dry state. NO WINE. How do people survive here? Has the place been infested with Mormons? It’s like going to a 3rd World country. No doubt some local tin pot religious fruitcake Christian fundamentalist clown of a politician has decided to inflict his views on the rest of the inhabitants.

Certainly not impressed with Jackson in particular and Mississippi as a state seems a bit basic and backward.

Go on have a good laugh at yourselves. It’s really not that bad. 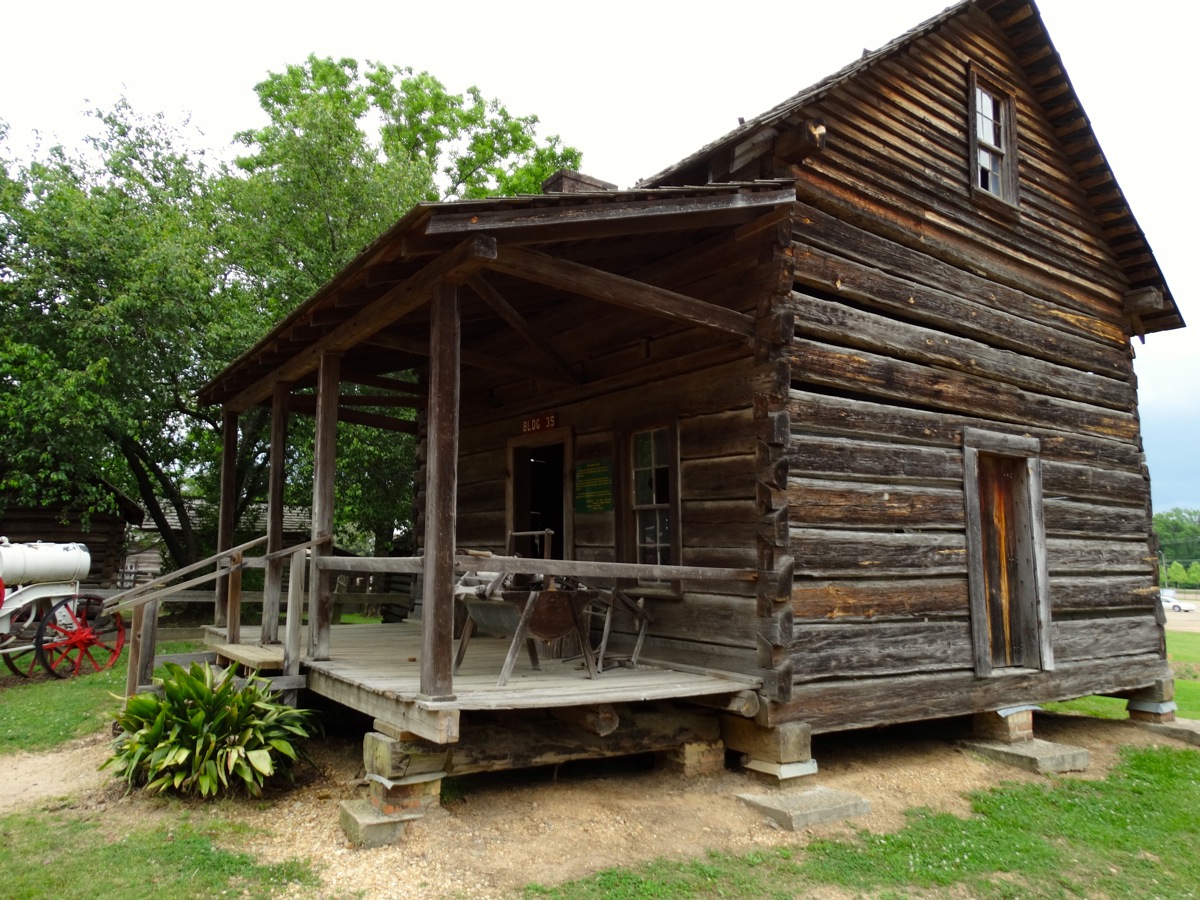 Breakfast is a waffle training session for one of the locals who doesn’t have a clue. Followed by a discussion with some red neck who has the solution to the Korean situation. Bomb the little bastard, it’ll only take an hour and those poor blighters don’t look very happy anyway.

Swap cars at Jackson airport. “A full-sized Chevy for you sir.” “Please can I have a mid sized Chevy Cruze?” She looks at me as if I’m some sort of half wit out of a shack in a Bayou.

Chevy Cruze it is.

Drive up to Birmingham, Alabama about 3 hours drive.

Check into a lovely suite in a Comfort Inn just outside Birmingham. All of $75 a night including breakfast and wifi.

Pop out in the pouring rain for some dinner and a bottle of wine,

Here in the Bible Belt there’s another form of Religious fruitcakes, it’s the Christian fundamentalists this time, mind you, in the main, they don’t go around trying to blow you up or stone you to death. Instead in Shelby county it’s no alcohol on a Sunday, yet 2 miles down the road in Jefferson county you can buy alcohol. And of course you can buy a gun anywhere!

Apparently many states prohibit selling alcohol for on and off-premise sales in one form or another on Sundays at some restricted time, under the idea that people should be in church on Sunday morning, or at least not drinking.

Yet the 1st amendment states “Congress shall make no law respecting an establishment of religion….”. So here we have a law respecting the Christian religion and ramming it’s archaic doctrines down everyones throat. 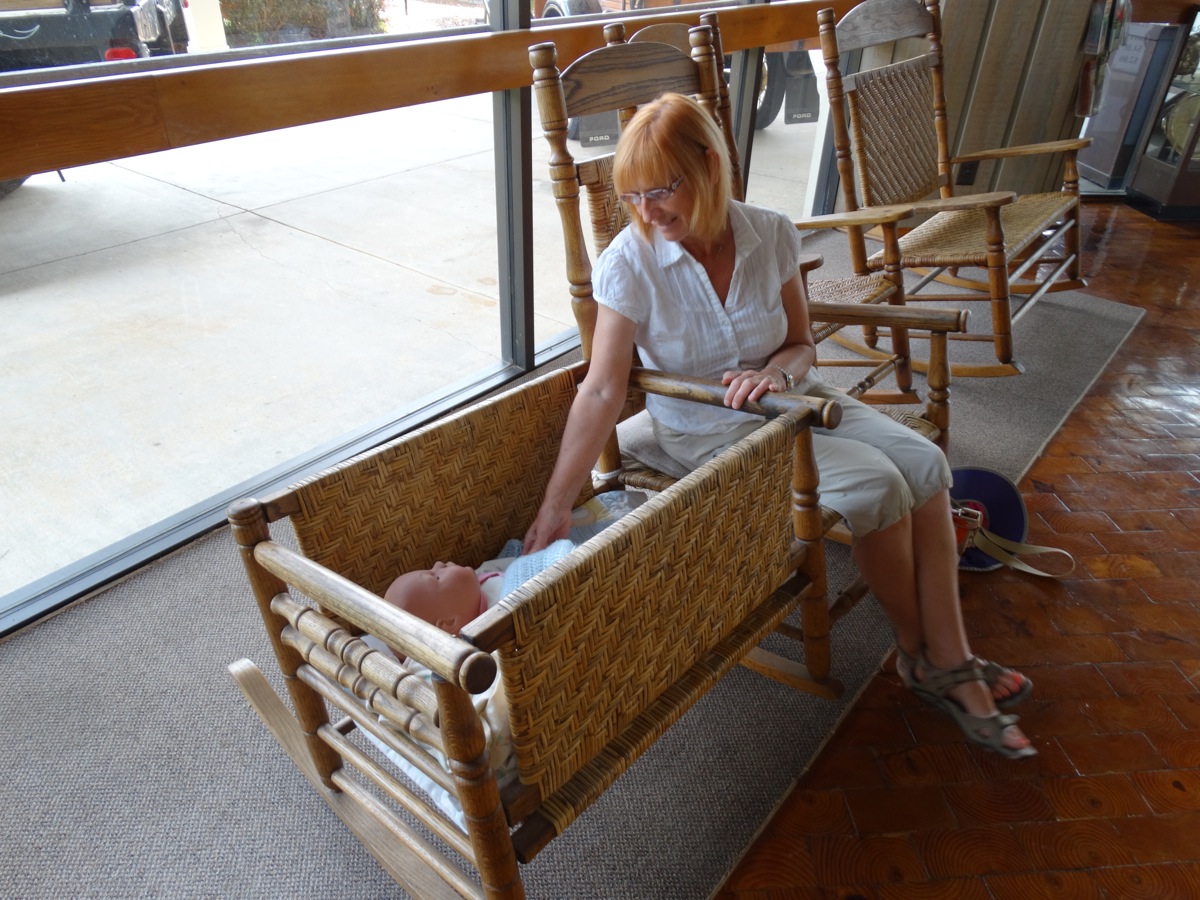 The Supreme Court of the United States held in its landmark case, McGowan v. Maryland (1961), that Maryland’s blue laws violated neither the Free Exercise Clause nor the Establishment Clause of the First Amendment to the United States Constitution. It approved the state’s blue law restricting commercial activities on Sunday, noting that while such laws originated to encourage attendance at Christian churches, the contemporary Maryland laws were intended to serve “to provide a uniform day of rest for all citizens” on a secular basis and to promote the secular values of “health, safety, recreation, and general well-being” through a common day of rest.

OK sort of makes some sorted of warped sense. In which case why aren’t the supermarkets closed?

21st century and this lunacy prevails in a supposedly civilised country. Yet another argument in favour of banning religion. God bless the agnostics and atheists!

Buy 6 bottles to be on the safe side as who knows what Christian lunacy prevails in Tennessee.