Answer to my unbelievable quiz: 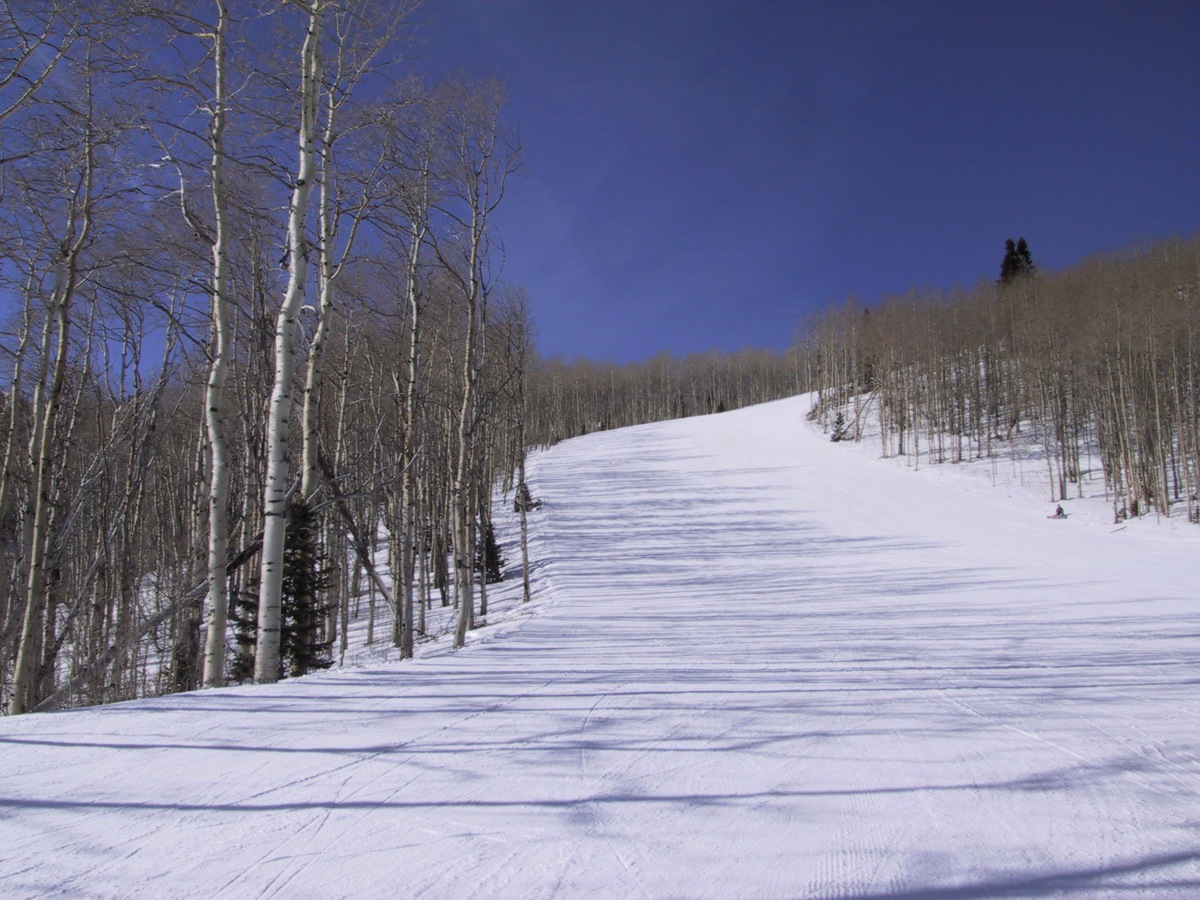 In each of these 5 towns it is illegal NOT TO HAVE A GUN IN THE HOUSE!

Can you believe it? No, it’s not a typing mistake.

One of the towns rational is that 94% already have a gun so we might as well make it mandatory – doh!

God bless the second amendment and don’t anyone f..k with it.

Well did you guess right?

Up early for the new snow, all 1″ of it. Good morning skiing but alas no groomed blacks so it’s a ski with style day. 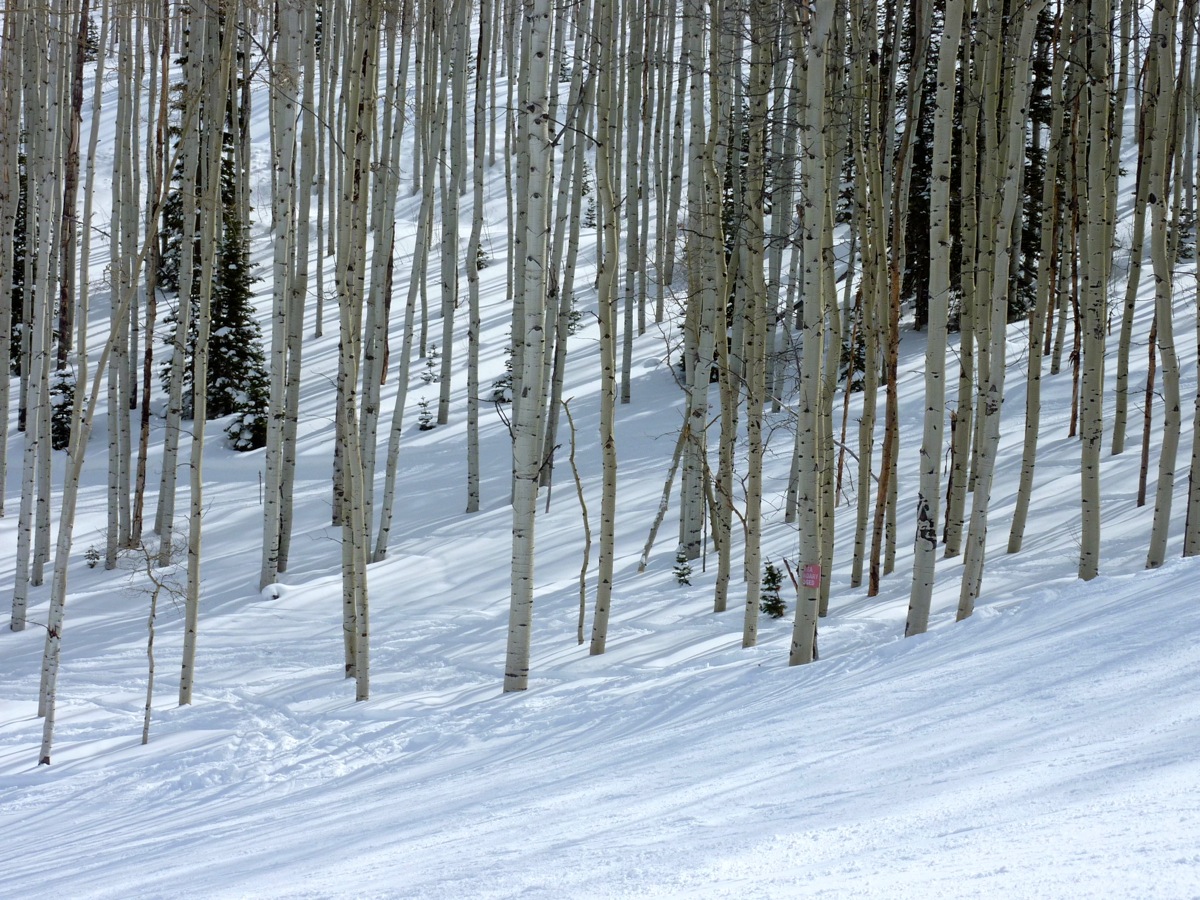 Get chatting to a Bob Dylan fan over coffee. Why is it that they’re all old (well I understand that); balding; but worse still usually have pony tails. This guy fits the profile.

And while we’re on about typical profiles why do Americans all have such brilliant white teeth?

Afternoon leisurely fixing my blog problem that lost all my work. Finally pin it down to an emoticon in the blog. That’ll teach me to smile!By lunch time the snows gone to that hard pack you get on a warm (+32F) day.

Then out shopping. Free Burritos vouchers. Oh but you’ll have to pay $0.18 tax. How can I pay tax on zero. I can feel  a Victor moment coming on – pots for rags. Needs the brains of the supervisor to sort it. Just to finish the expedition we return the 2nd kettle to Walmart. In true American fashion it seems to think that the boiling point is about 60F.

Then for Wendy it’s an East Enders fiesta – two hours worth to catch up on.

Don’t you just love our government: 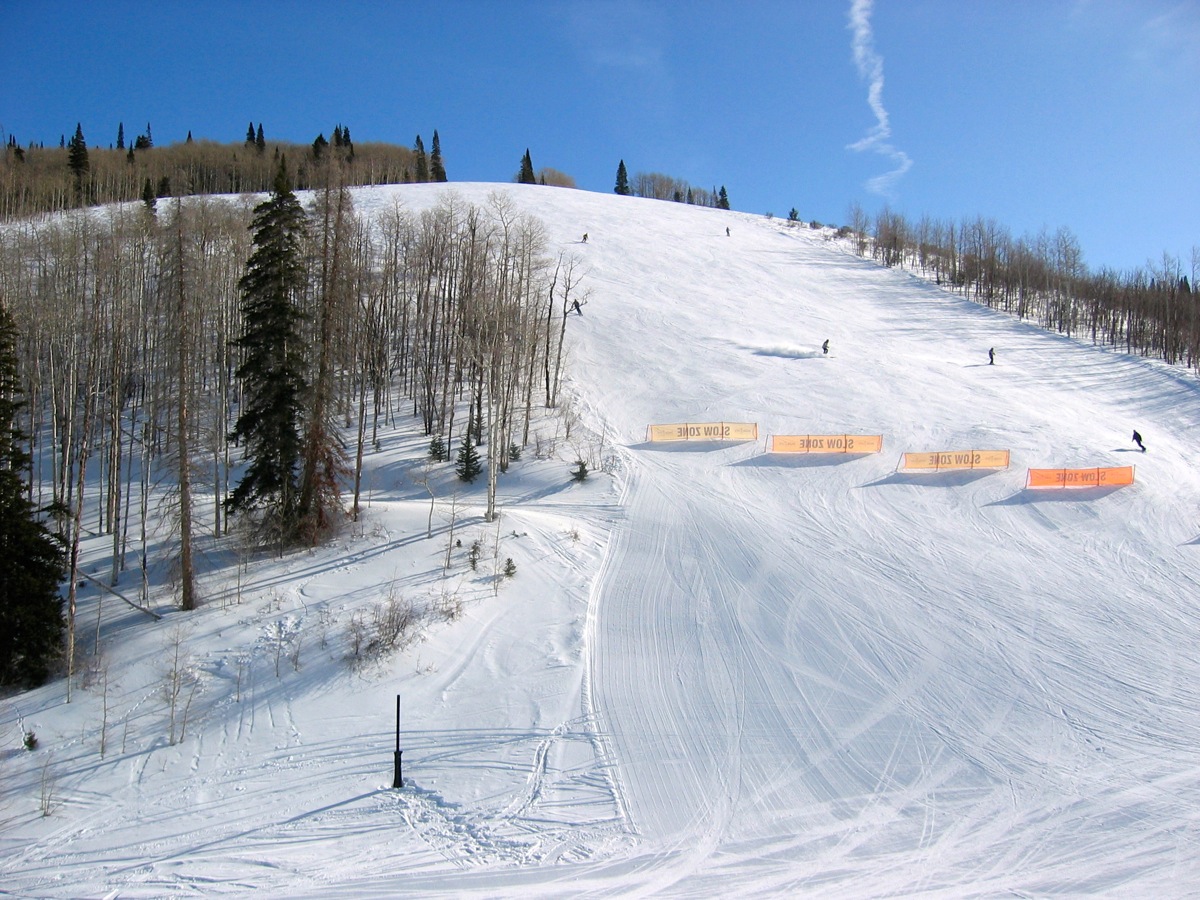 I’m in the process of renewing my passport, and still cannot believe how is it that Sky Television has my address and telephone number and knows that I bought a bleeding satellite dish from them back in 1988, and yet, the Government is still asking me where I was bloody born and on what date.

Do you guys do this by hand?

My birth date you have on my pension book.

It’s on all the income tax forms I’ve filed for the past 30 years.

It is on my National Health card.

On the last eight damn passports I’ve had.

It’s on all those stupid customs declaration forms I’ve had to fill out before being allowed off the plane over the last 30 years.

All those insufferable census forms.

Would somebody please take note, once and for all, that my mother’s name is Mary Anne, my father’s name is Robert and I’d be absolutely astounded if that WOULD ever change between now and when I die!!

I apologise, I’m really pissed off this morning. Between you an’ me, I’ve had enough of this bullshit!

You send the application to my house, then you ask me for my bleeding address!!

What is going on? Do you have a gang of neanderthal arseholes workin’ there?

Look at my damn picture.

I don’t want to dig up Yasser Arafat, for shit sakes. I just want to go and park my arse on some sandy beach somewhere. 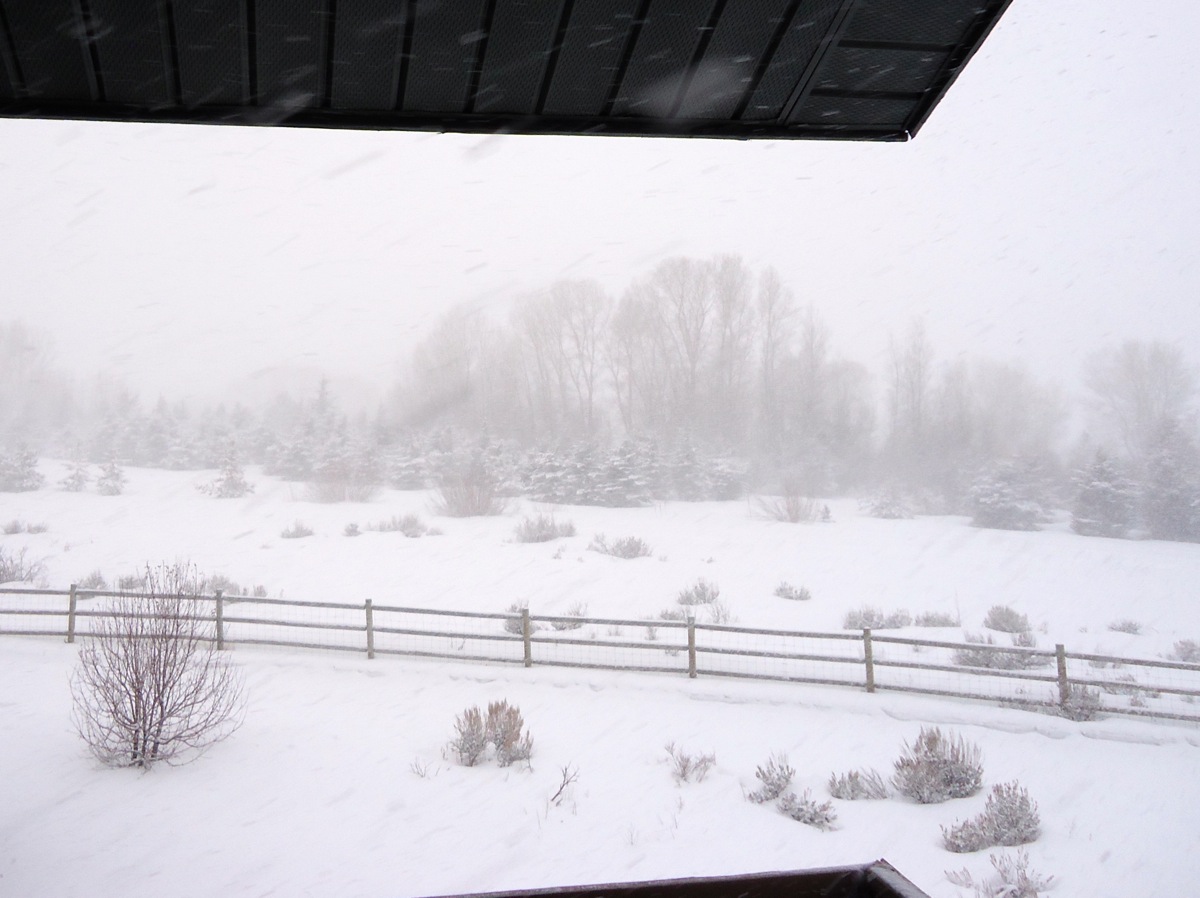 And would someone please tell me, why would you give a shit whether I plan on visiting a farm in the next 15 days?

If I ever got the urge to do something wierd to a chicken or a goat, believe you me, you’d be the last fucking people I’d want to tell!

Well, I have to go now,’cause I have to go to the other end of the poxy city to get another fucking copy of my birth certificate, to the tune of £30.

Would it be so complicated to have all the services in the same spot to assist in the issuance of a new passport the same day?

Nooooooooooooo, that’d be too damn easy and maybe make sense.

You’d rather have us running all over the fuckin’ place like chickens with our heads cut off, then WE have to find some arsehole to confirm that it’s really me on the damn picture – you know, the one where we’re not allowed to smile?! (bureaucratic fuckin’ morons)

Hey, do you know why we couldn’t smile if we wanted to? Because we’re totally pissed off! 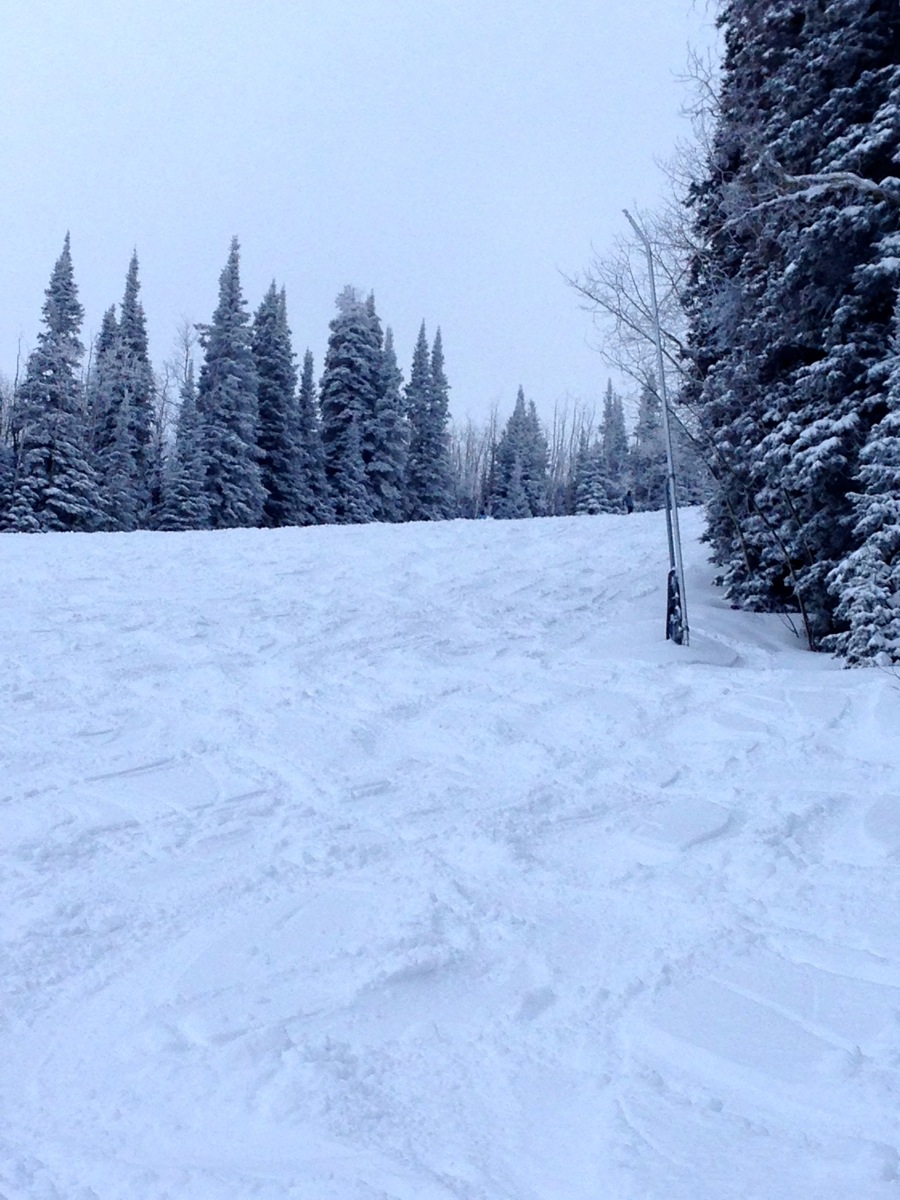 P.S. Remember what I said above about the picture and getting someone to confirm that it’s me?

I have served in the military for something over 30 years and have had full security clearances over 25 of those years enabling me to undertake highly secretive missions all over the world.

However, I have to get someone ‘important’ to verify who I am – you know, someone like my doctor ..

WHO WAS BORN AND RAISED IN FRIGGIN` PAKISTAN!

It really is a nonsense, just like tax forms, and all the rest that ask you to fill in information they already have. Perhaps it’s time for a citizens petition for a law banning stupid and unnecessary questions.

Meanwhile it would appear that here in Utah there’s plenty of stupid laws:

It is considered an offense to hunt whales.
No one may have sex in the back of an ambulance if it is responding to an emergency call.
Alcohol may not be sold during an emergency.
Individuals may not possess beer in containers larger than two liters unless they are a retailer.
Boxing matches that allow biting are not allowed.
It is illegal to cause a catastrophe. 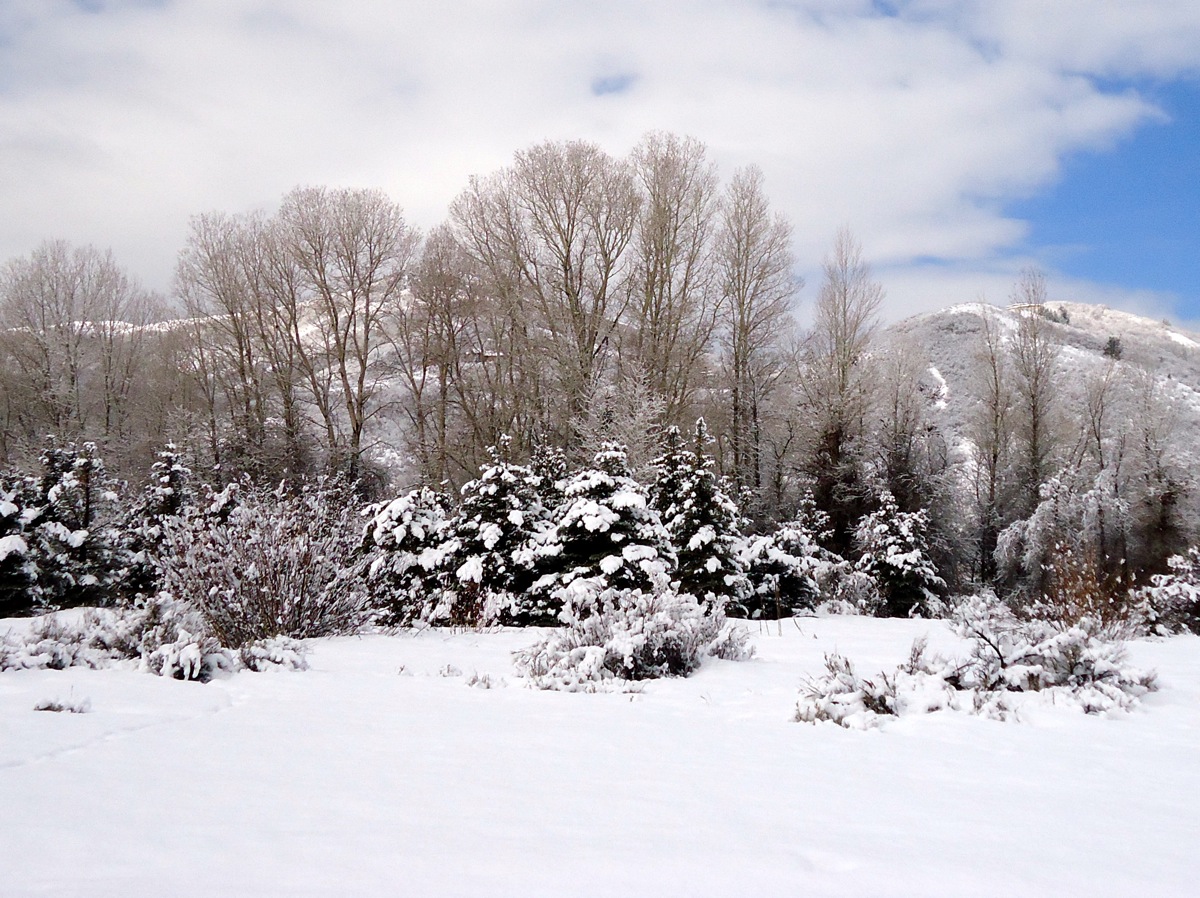 Wake up to a powder alert. 8″ virgin powder in place of the 1″ promised. Rare that they under promise and over deliver.

8″ of virgin powder. Epic day. This photo of the heavy powder on a ski run is just for you Ross. I swear it brings back memories. By 10:30 there’s no virgins left. Really exhausting, but oh so worth it. This is what it’s all about.

Mid morning have a well deserved coffee in my mountain office by a roaring log fire. Then afterwards it’s a few more runs. By now most of the blue runs etc are mogul fields. I thought after 3 weeks daily skiing I was fit. But these runs prove quite gruelling. Gone are the non stop runs down. My legs are burning and turning to jelly.

After lunch we have a cruise around The Racquet Club estate where we’re thinking of doing a year rental. Then pop into the well hidden state liquor store. Wendy wants to get 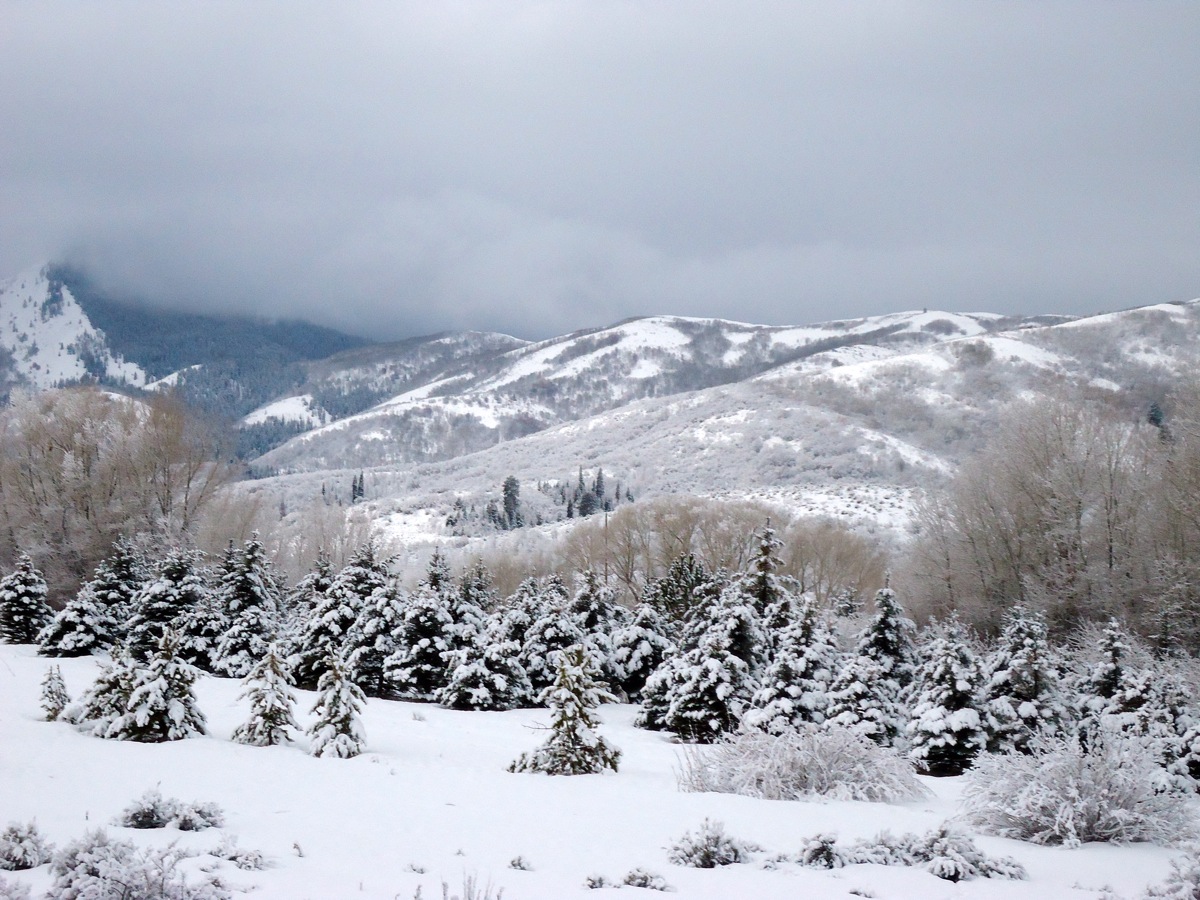 another bottle of the wine she enjoyed. What type was it and what was it called? “It was red.” Don’t you just love it 368 bottles of red wines to choose from!

Yet more laws from Utah:

You must have identification to enter a convienence store after dark.
Women may not swear.
Daylight must be visible between partners on a dance floor.
Throwing snowballs will result in a $50 fine.

CAN we talk about this? is a hit DV8 play that focused on the reluctance of media and political figures to openly discuss the dangers of Islamism and Sharia law.
It enjoyed a successful run at London’s National Theatre and Sydney Opera House amongst other venues. The play featured speeches and interviews with leading figures from 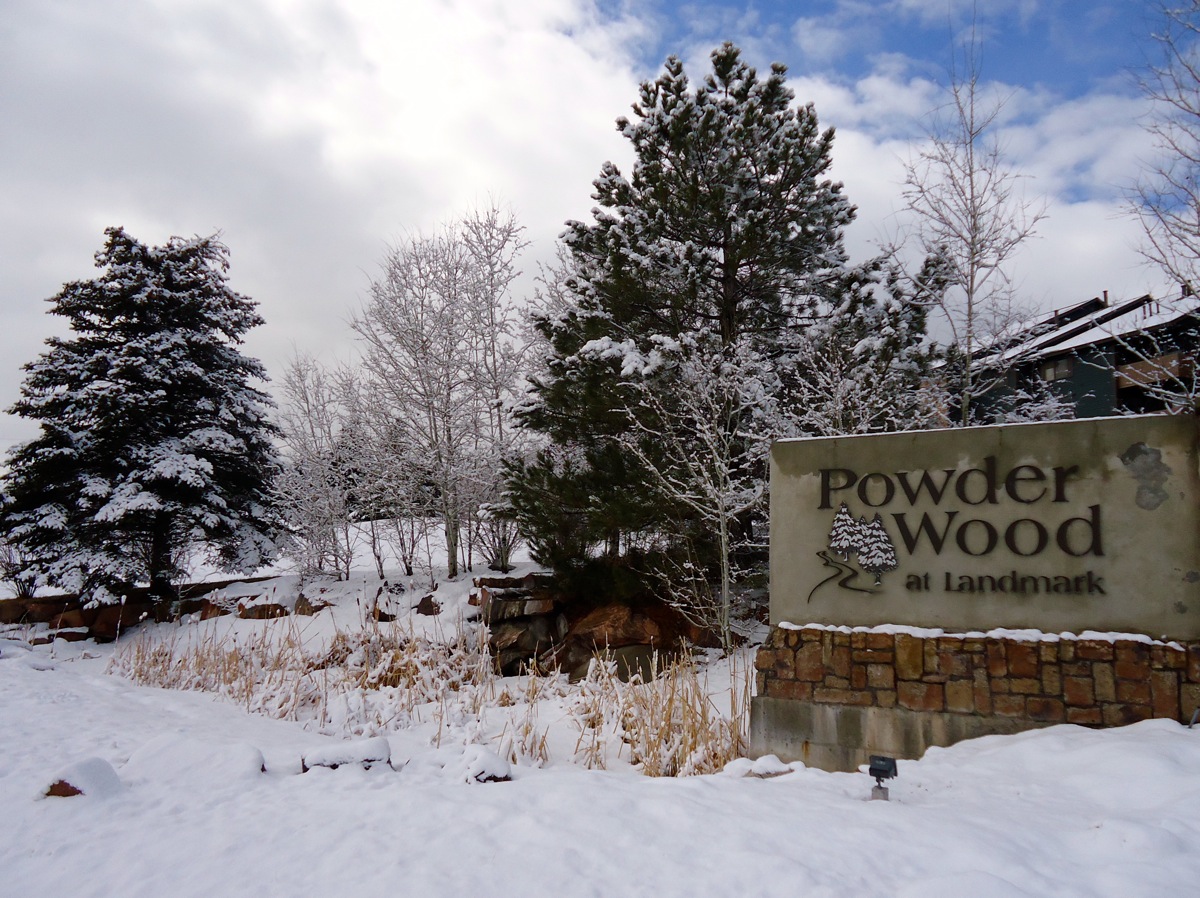 across the political and cultural spectrum, including One Law for All’s Maryam Namazie and Anne Marie Waters.
It explored issues of freedom of speech, censorship and violence, as well as the impact of significant events such as the ‘Rushdie Affair’, the murder of Dutch film-maker Theo Van Gogh, and the Mohammed cartoons.
But Lloyd Newson’s play has proved too hot a potato for Channel 4, which feels that the “current climate” makes the award-winning production unacceptable for British viewers – and 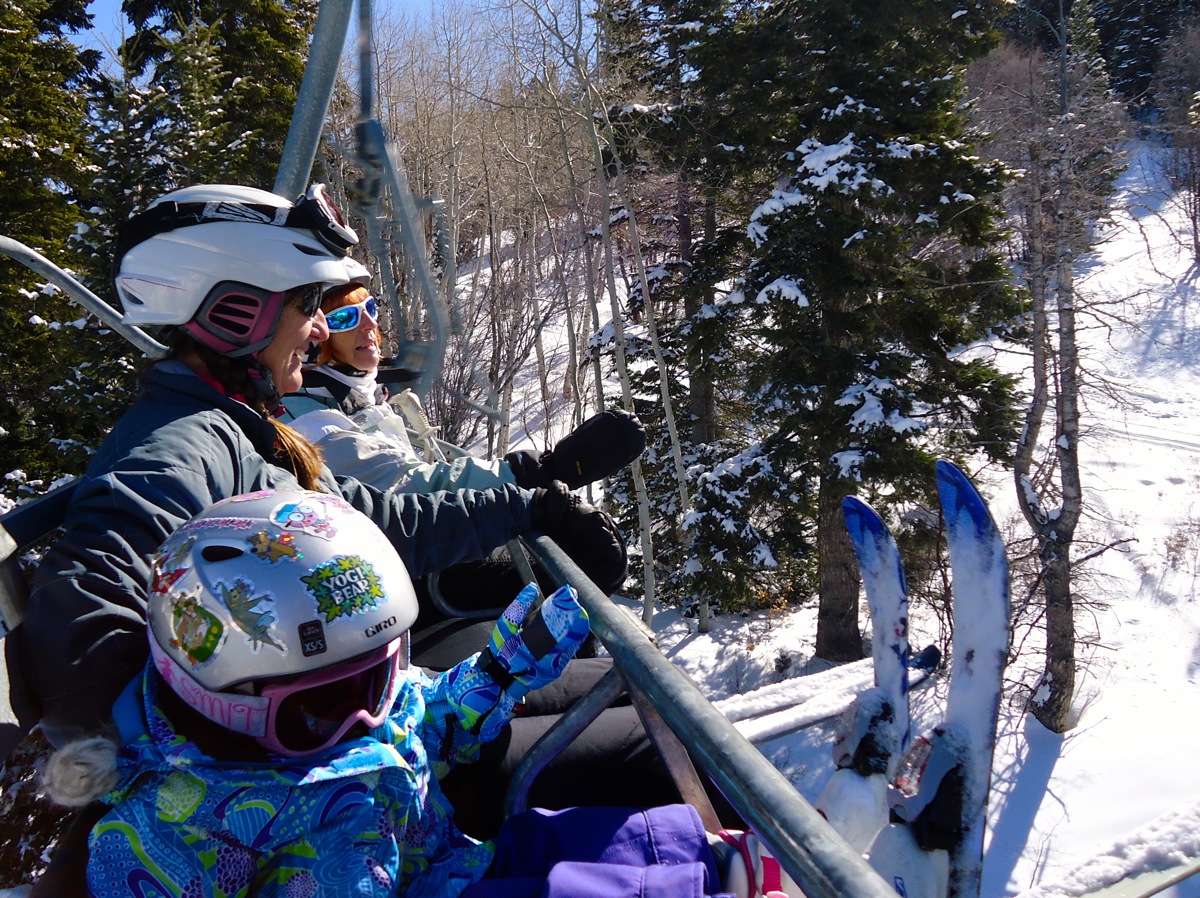 Namazie is outraged by what she sees as as “blasphemy law by stealth”.
Similarly the BBC, which had commissioned previous films from Newson, has declined to film the play.

UN special rapporteur on freedom of religion comes out strongly against blasphemy laws:

The United Nations’ special rapporteur on freedom of religion or belief has come out strongly against laws against blasphemy and apostasy.
Heiner Bielefeld said in a report to the U.N. Human Rights Council that legislation outlawing apostasy and insults against religious figures could be used to violate the rights of minorities:
States should repeal any criminal law provisions that penalize apostasy, blasphemy and proselytism, as they may prevent persons 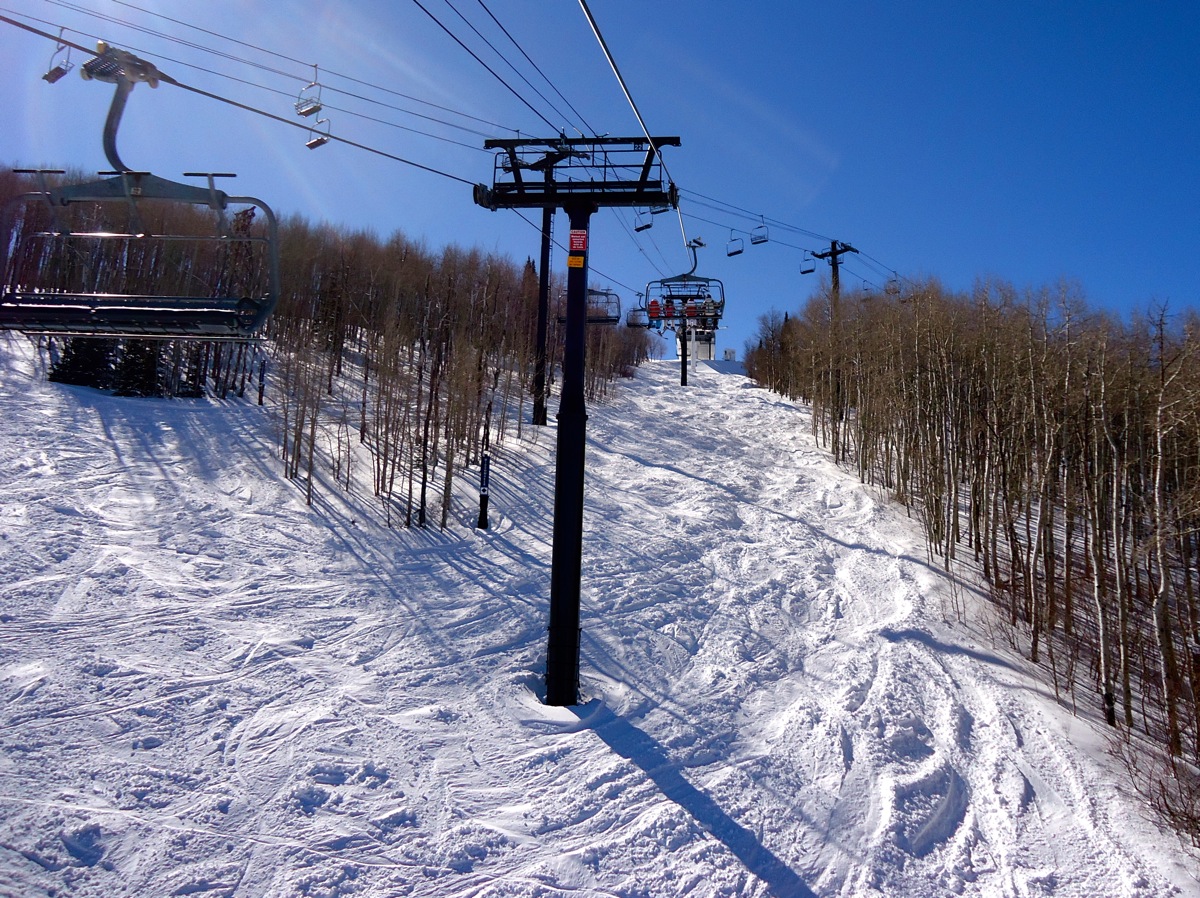 But given the UN bias in this area will they have the guts to adopt this.

Sunday – hot blue bird day not a cloud in the sky.

Set alarm for early start but nobody told us the clocks went forward. Up late with a lot to do.

Call round at Carols to pick up Wendy lift tickets and then get a spot on Payday car park before it’s full. 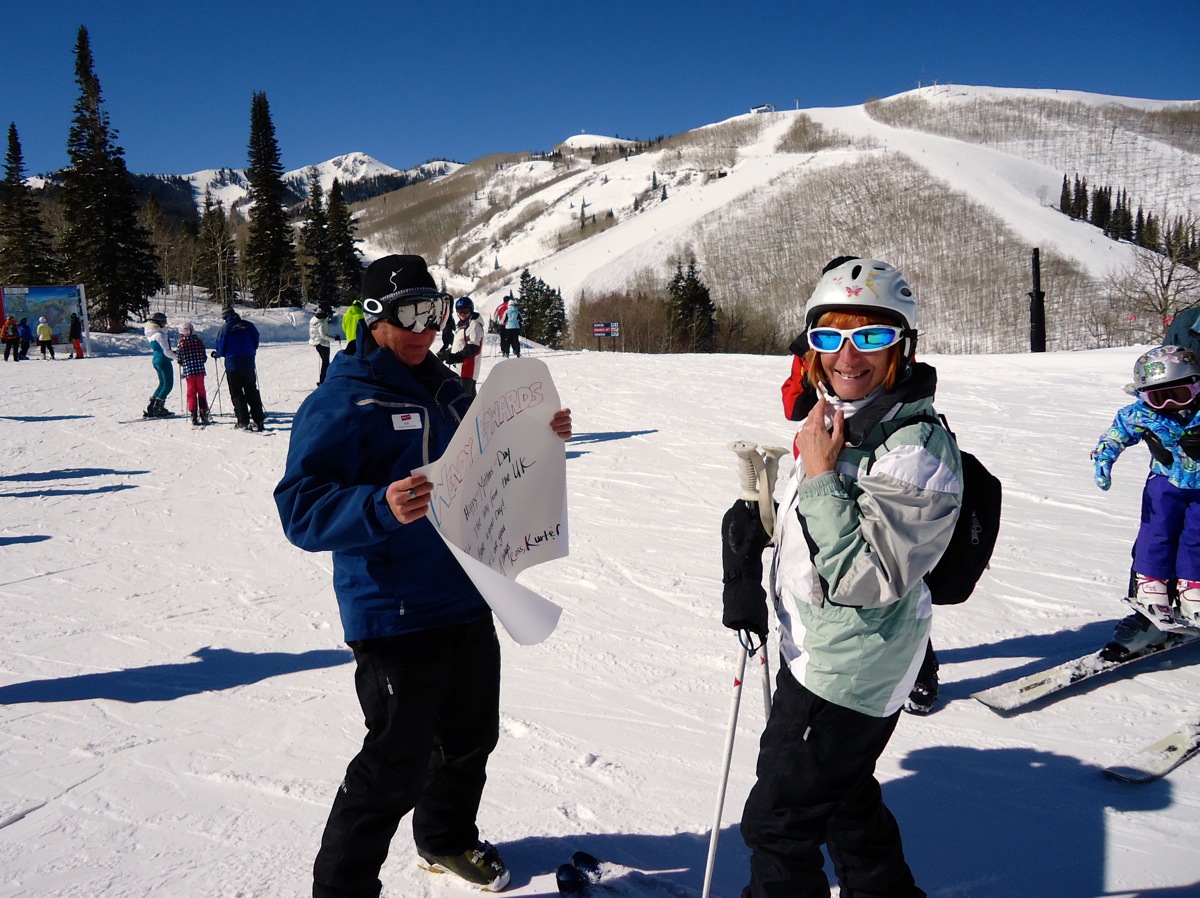 Manage to cajole Wendy into skiing but can I get her up there before 10:45, it’s like trying to get a Taliban to wash the pots in marigolds and a piny. Little does she know of the surprise that’s in store for her. As part of the surprise I couldn’t use my lift pass until Wendy arrived so I sat around in Payday for 90 minutes.

Wendy turns up at 10:45 and we meet Carol and Angela around 11:20 ready for our ride up Payday to Wendy’s surprise. As we ascended Payday lift Wendy had no idea what was in store for her. In fact as we got off the lift she was that focused on getting straight off I had to point out Mother Day banner held up for her.

Kurt had contacted the Park City Resort Lift Operations Manager with a request to have a banner for Mothers day ready at the top of Payday lift. This was a first for them. The whole 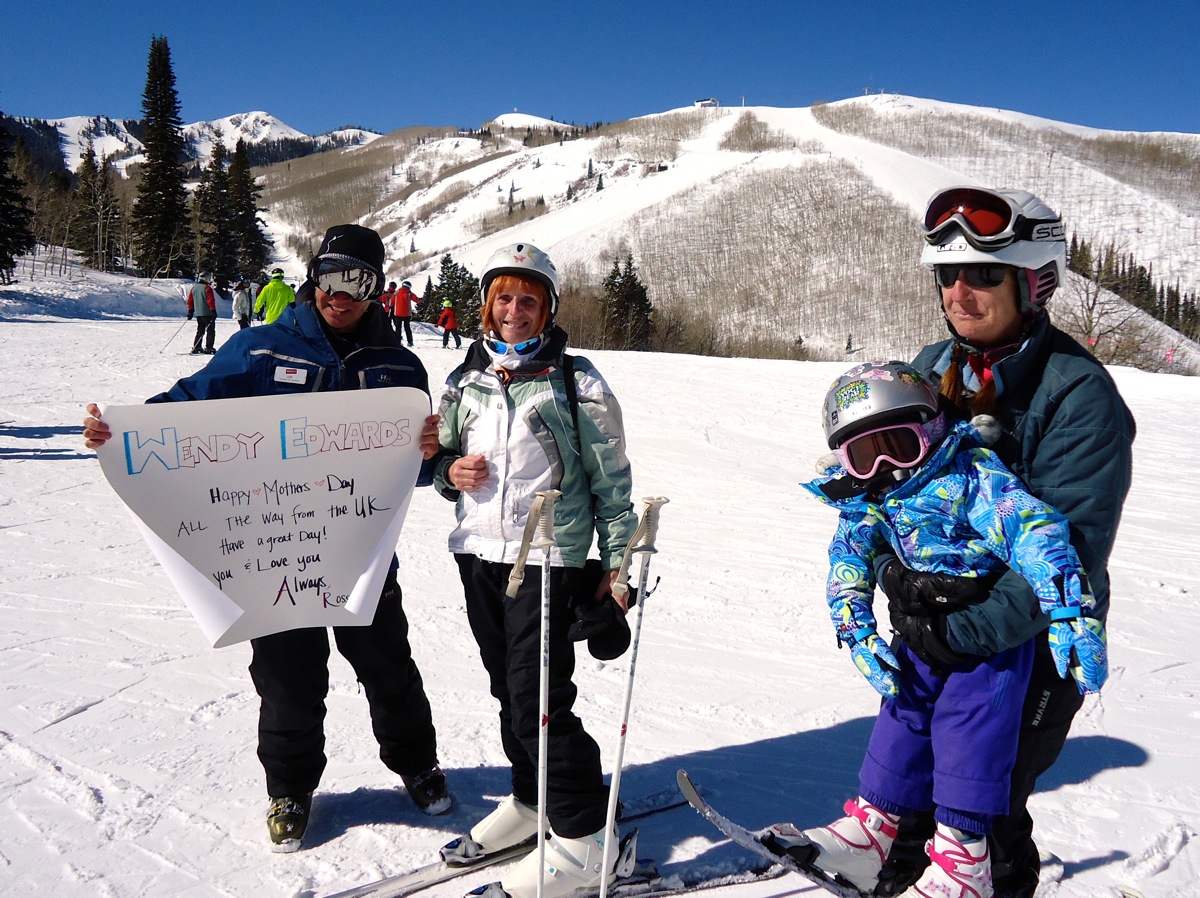 scheme was co-ordinated with all the lift staff, as I went through the barrier my ticket was rejected (aren’t computers grand when they work). This triggered a pre-arranged call to the top of the mountain to give them the chair number we were on. Then when we got to the top there was the manager with this banner along with a photographer. He’d patiently been waiting there sine 09:00. Talk about going the extra mile and great customer service – awesome. Thanks to all the staff, especially Jeff Marzka (Lift Operations Manager) and our creative children.

Wendy was absolutely overwhelmed. It really made her day. 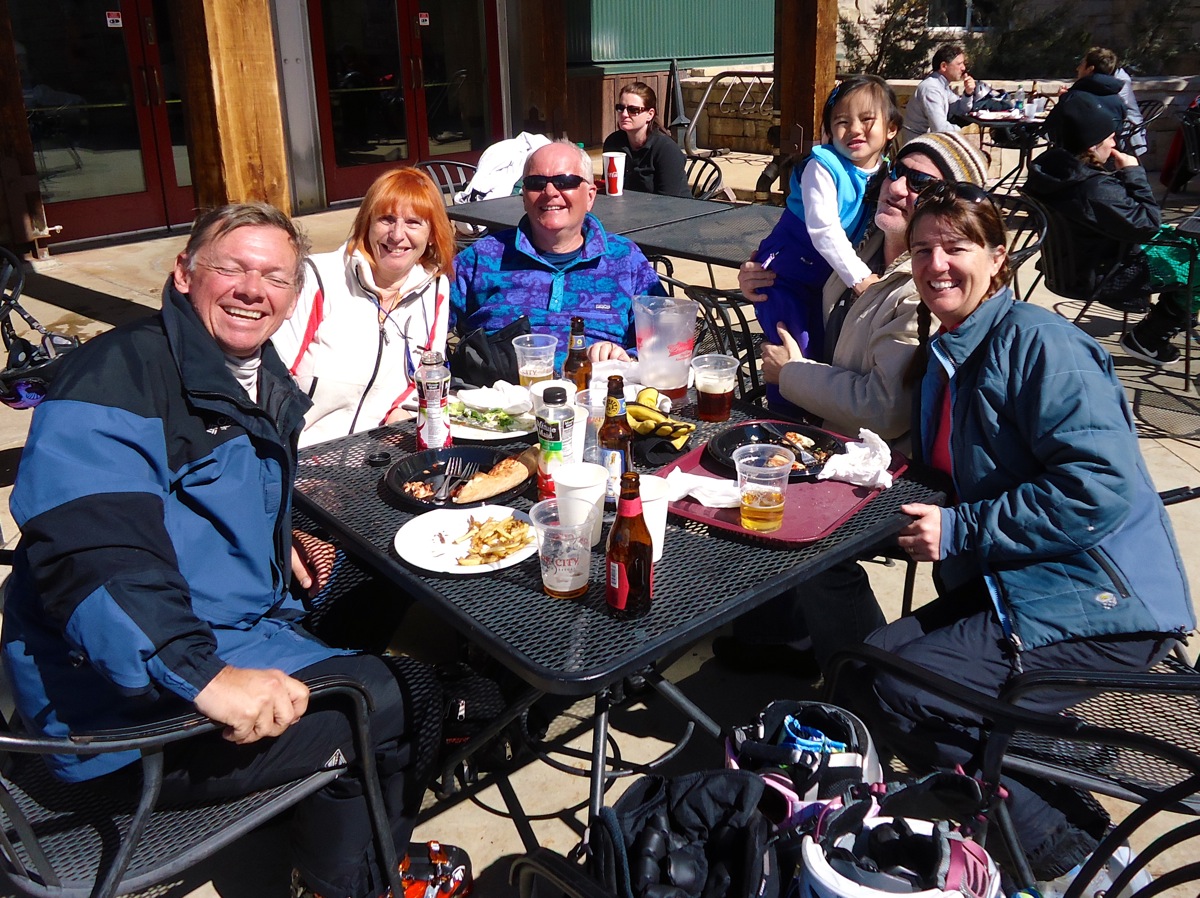 This is surely an idea that could be marketed as an extra revenue stream.

Then have the rest of the morning skiing with Carol, Angela and a couple of runs with Randy.

Lunch consisted of beers and salad on Payday’s patio with friends, sat in the glorious sunshine.

After lunch Randy and I had a quick run down Jonesys and Heckler, then I joined Wendy, Carol and Angela for a few easy runs. Yet another awesome day, especially for Wendy.