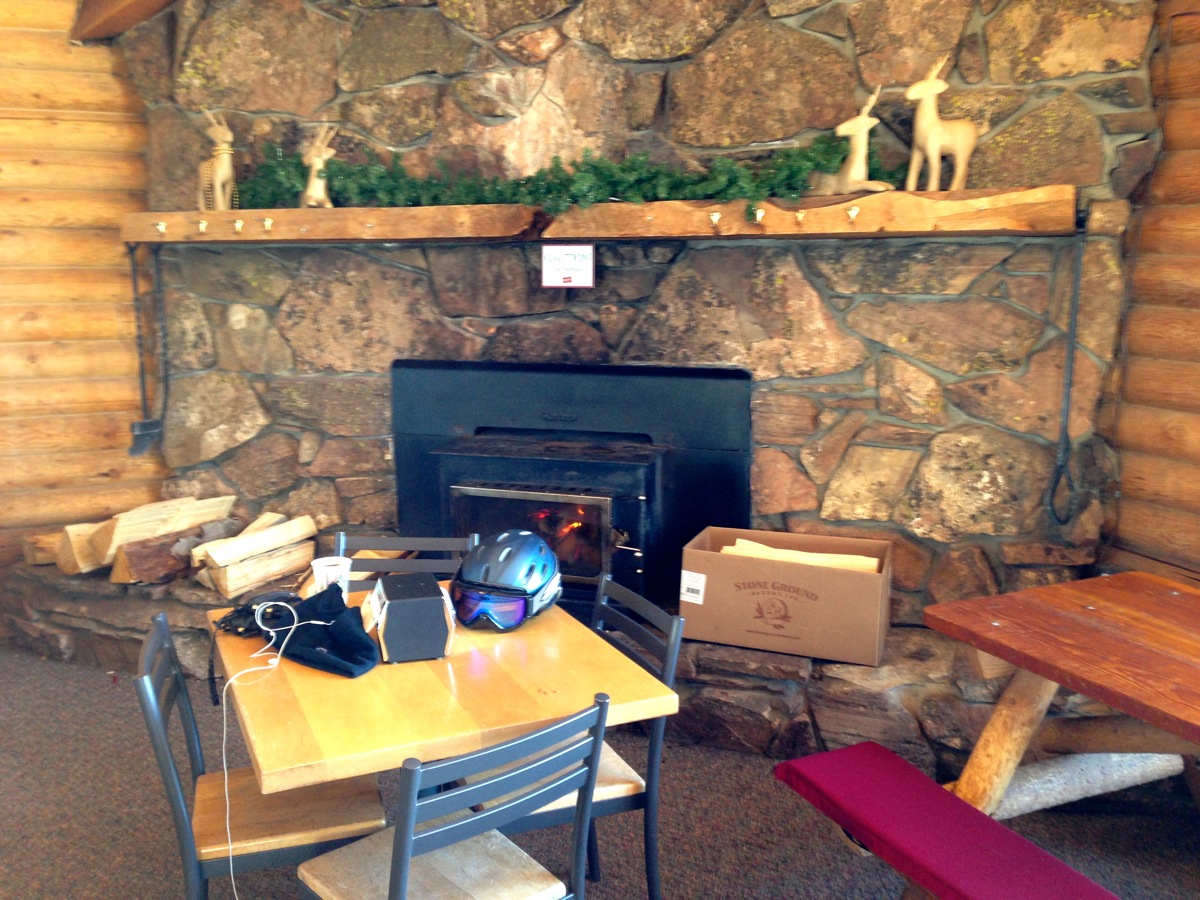 Up for early tracks to enjoy the 7″ of new powder in the last 24 hours. Sadly it had all been groomed down. Good skiing but not quite a powder day.

By 10:45 I’m nearly burnt out after non-stop ripping the slopes up. Stop for a coffee in my new office – see picture and views from it.

Then it’s just more until I meet Chris and De’Shaun for lunch – buttes by Wendy.

Then after lunch we have a few more runs in brilliant sunshine. 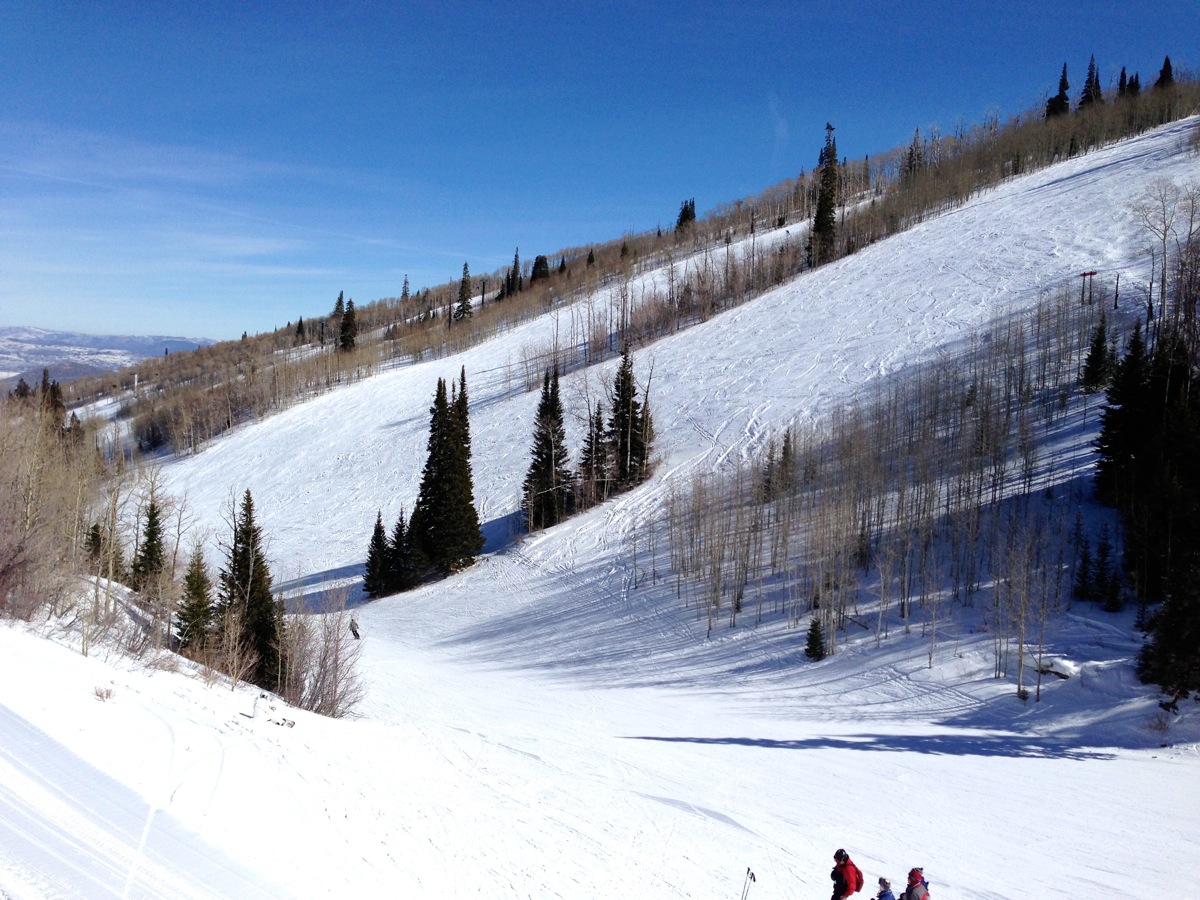 Forgive your enemy but remember the bastards name.

Can you believe it? Well yes I can:

Cases are piling up on the desk of a noted lawyer in Egypt, the latest is of two boys about to be tried for allegedly showing contempt of Islam.

Attorney Karam Gabriel said anti-Christian hostilities are getting worse as the two boys are to be tried in a court in Beni Suef. The accusation against Nabil Naji Rizq and Mina Atallah, who were 10 and 9 years old respectively at the time of their arrest in late September, of insulting the Koran made headlines throughout the country after a man saw them playing in rubbish that he claimed included pages from the Koran. Accusing them of tearing pages of Islam’s holy book — a later version of the story had them allegedly urinating on it — he filed a report that led to 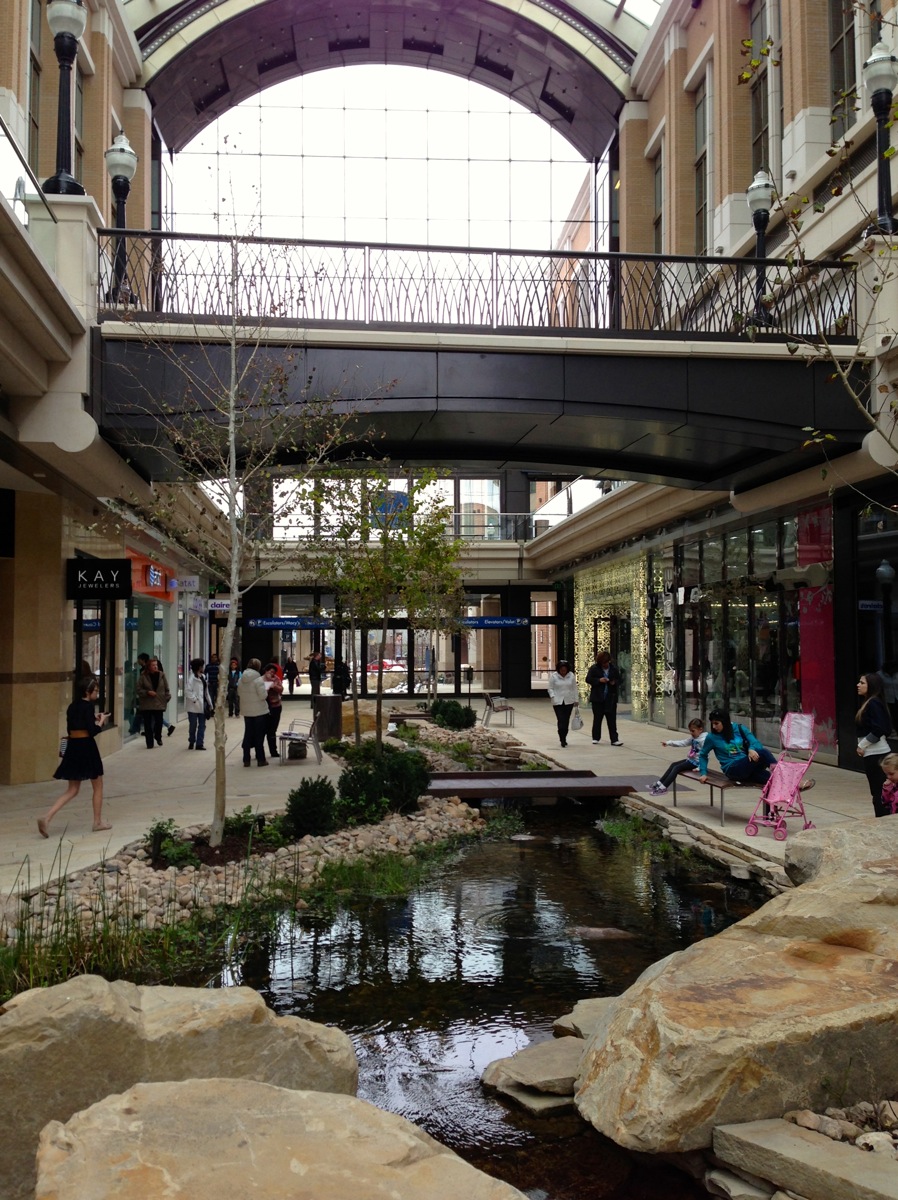 the arrest of the two children. They were released in early October.

Gabriel said they are just small children, and they don’t really understand what all the fuss is about — they can’t even tell the difference between the Koran, the Bible or any other holy book.
Tensions are such that, for the moment, there is no information on the exact date of the two boys’ trial, as authorities fear it will exacerbate hostilities in the city.

Up for first tracks as usual. Coffee mid morning and then pack up at lunch time ready to drive Chris and De’Shaun back to Salt Lake airport.

After we’ve dropped them off we drive into Salt Lake and visit the new City Creek mall. Un like most malls it’s smack bang in the centre on Main St with a massive under ground car park. It’s amazing and needs pictures to describe it. Even has trout in the streams and despite appearances is mainly in doors.  Wendy gets to go to the Disney store. Buys 3 pairs of Miss Missy style jeans, can’t get them in England. Then she drags me into the Apple store buys hers 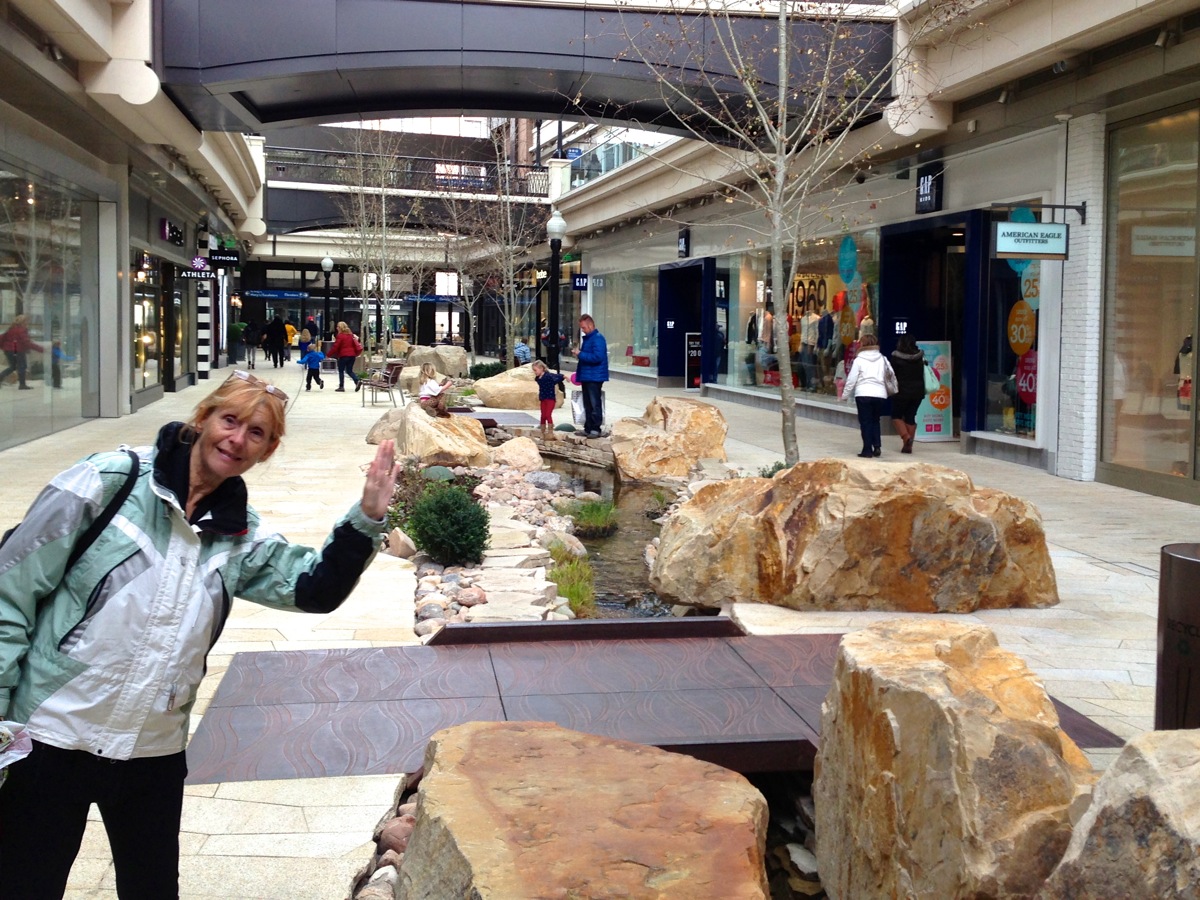 self a keyboard for the iPad and me a numeric keypad for my birthday. Also buys me a really neat tea brewer in a vacuum cup – the equivalent of the Starbucks coffee cup – will be ideal for tea in the car or when I’m at my desk. Then it’s the Cheese Cake Factory, but alas they still aren’t doing the Toblerone Cheesecake that someone – she shall remain nameless – stole from me 5 years ago.

Haute cuisine for dinner, Taco Bell for me and Panda Express for Wendy. Epic!

Well after a long weekend with Chris and De’Shaun I’ve started to realise how techno savvy I ain’t. Amazing, they live on their iPhones; use the camera extensively; post immediately to Facebook; use it to seek out all sorts of info and guides. Mind you it does help having good 3G connections and as much as you can eat data. I’ve learnt a lot from “techno couple”. Especially how good the camera features really are for day to day photos.

Extensive discrimination by governments against atheists, humanists and the non-religious occurs worldwide, said the union. In Afghanistan, Iran, Maldives, Mauritania, Pakistan, Saudi Arabia and Sudan atheists can face the death penalty on the grounds of their belief , in violation of 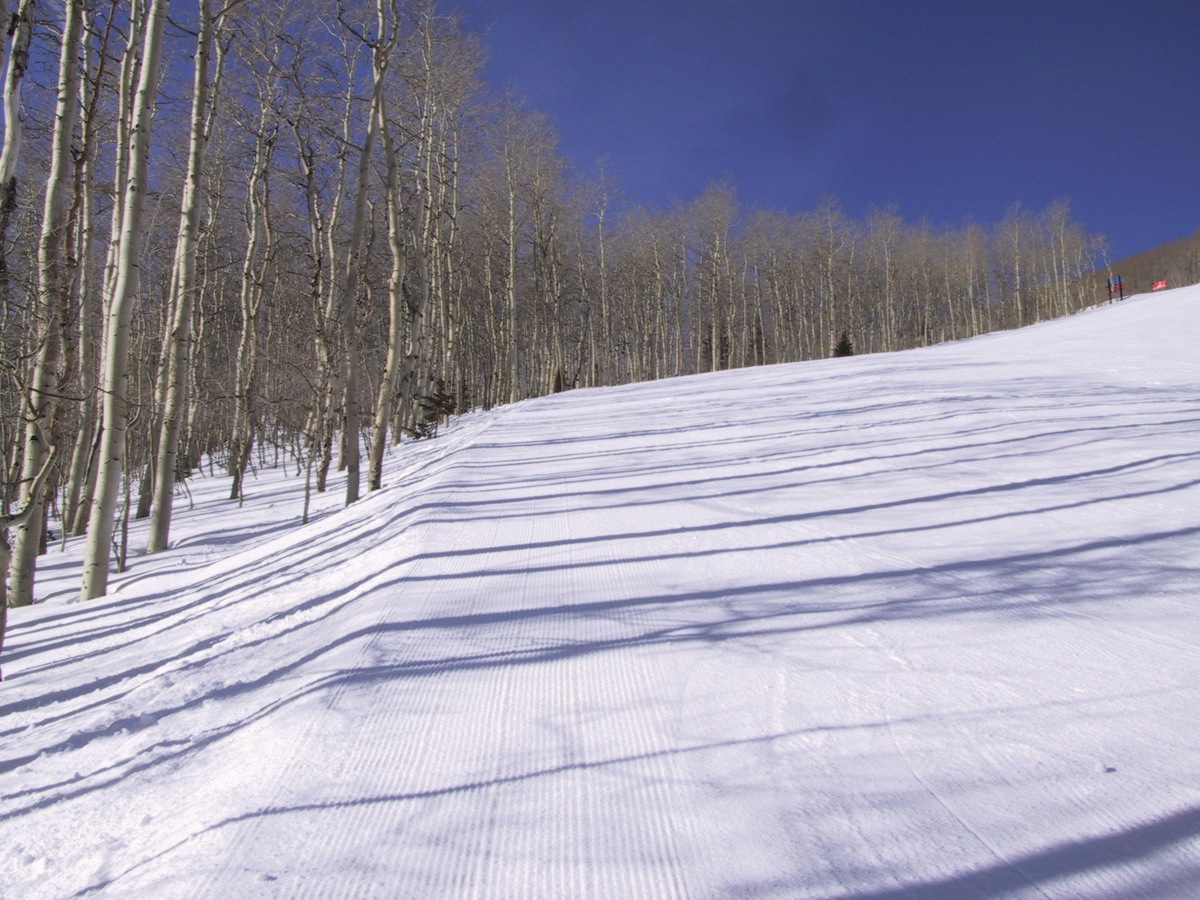 And then “they” have the brass balls:

New efforts in the UN by Muslim countries to obtain a worldwide ban on denigration of religion, specifically what they claim to be Islamophobia.

Money can’t buy happiness but its more comfortable to cry in a Mercedes than on a bike.

Teresa Lewis has become the first woman in America to be executed in the last 5 years. Apparently she could have been spared execution if she had an IQ level below 70. Hers was 72. You have to question the intelligence of someone who passes an IQ test knowing full well that if they do they’ll be executed.

Tuesday – very cold (-3 F) with a mixture of sun and snow flurries. Time to break out the long johns – itchy buggers. 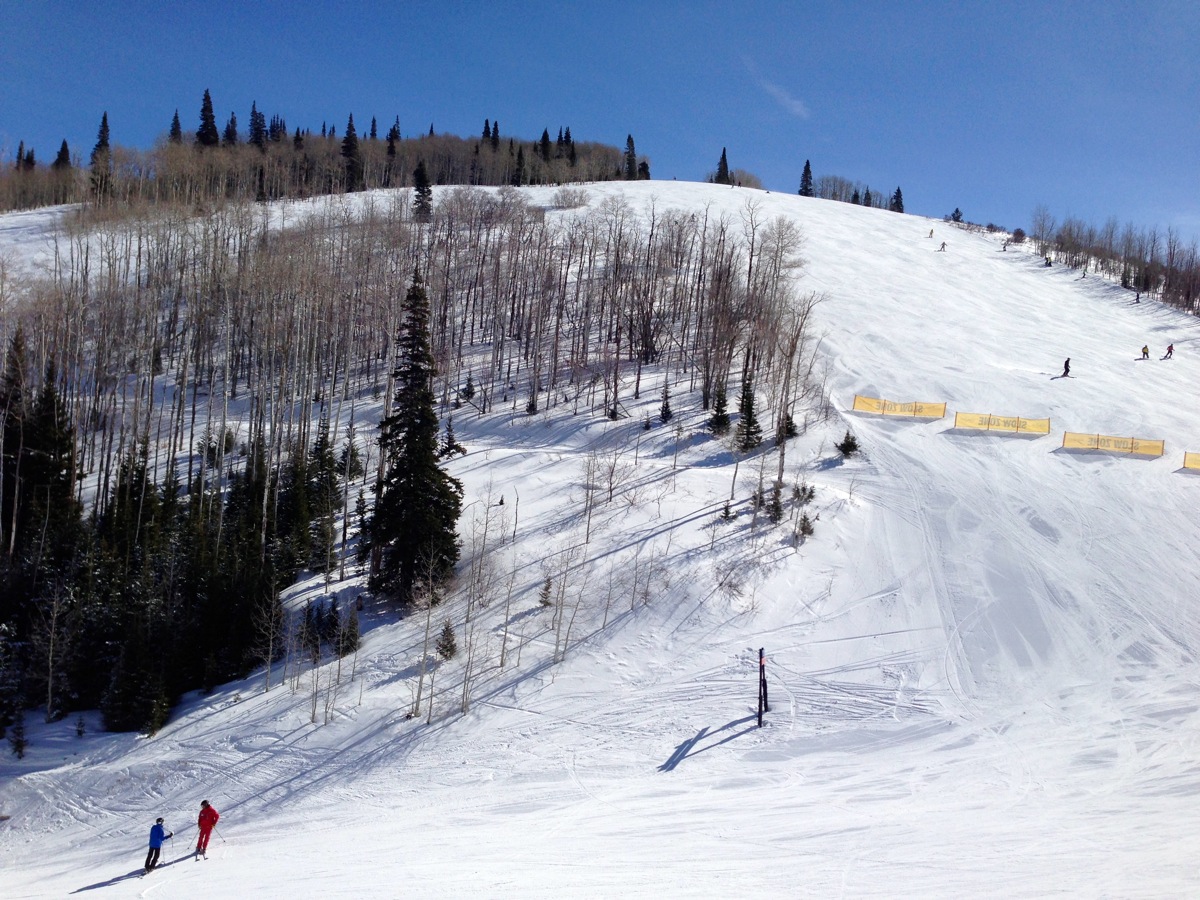 Catch first tracks. Have the luxury of a whole 1″ of fresh powder on top of groomed runs.

Ski until lunch time and then go and pick Wendy up from her weekly supermarket treat. She’s walked the 2  miles to the store in the snow, so I suppose the least I can do is pick her and the weekly shop up in the car. I wonder how people managed before they had cars – must have needed a pack horse donkey.

Afternoon working on some reports.

In the evening Hal, Carol and eagle eyed Angela (she can spot sweets in a cupboard in under a second) come round for dinner. Pleasant evening over a few bottles of great American wine.

If Obama becomes a Mormon will he turn white?

The Book of Mormon teaches that if dark-skinned people repent and believe in Mormonism, their skin will become white. 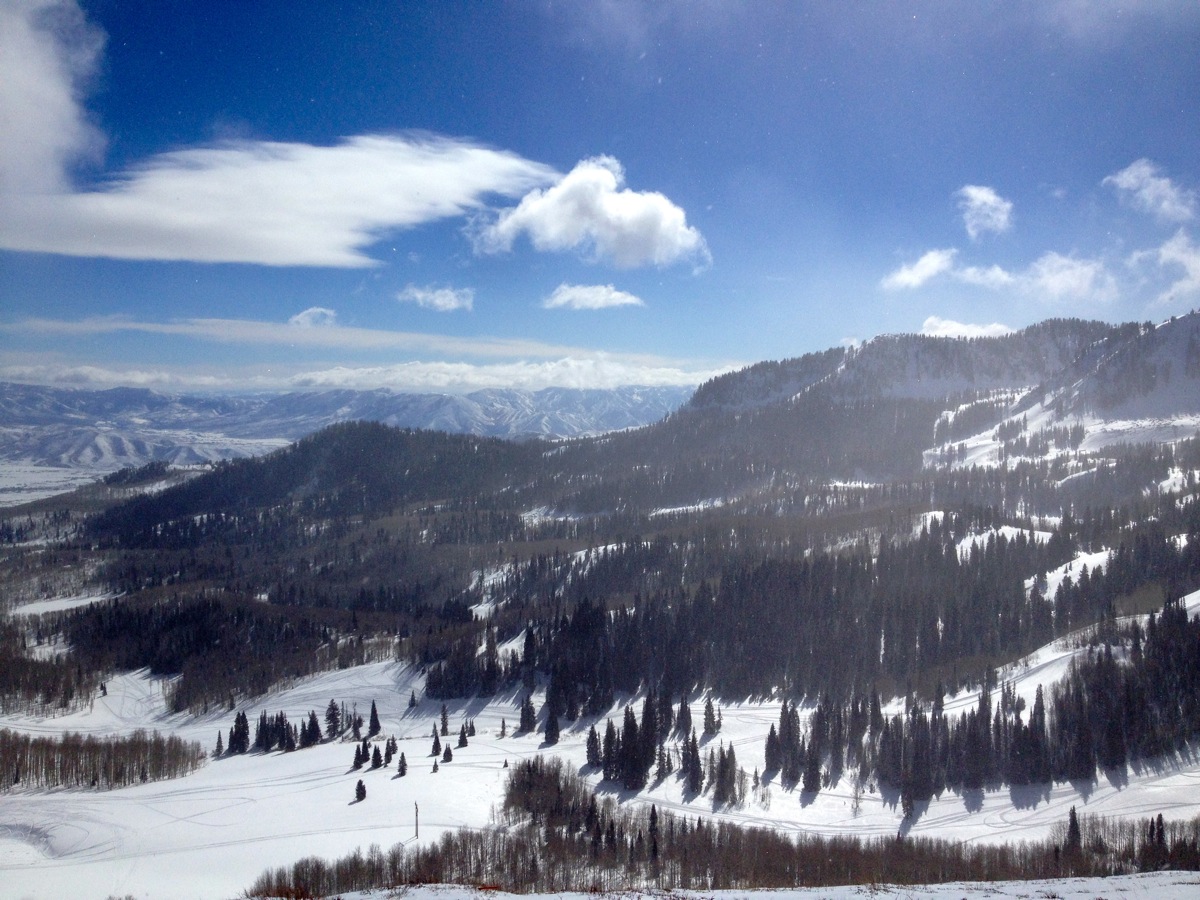 Alcohol doesn’t solve any problems but then again milk doesn’t either.

Air Force One crashed in the middle of rural America. Panic stricken the Secret Service mobilized and descended on the farm in force. When they got there, the wreckage was clear. The aircraft was totally destroyed with only a burned hulk left smouldering in a tree line that bordered a farm. Secret Service descended upon the smoking hulk but could find no remains of the crew or the President’s staff. To their amazement, a lone farmer was ploughing a field not too far away as if nothing at all happened. They hurried over to surround the man’s tractor.

“Sir,” the senior Secret Service agent asked, panting and out of breath.

“Did you see this terrible accident happen?”

“Yep. Sure did.” The man muttered unconcernedly. 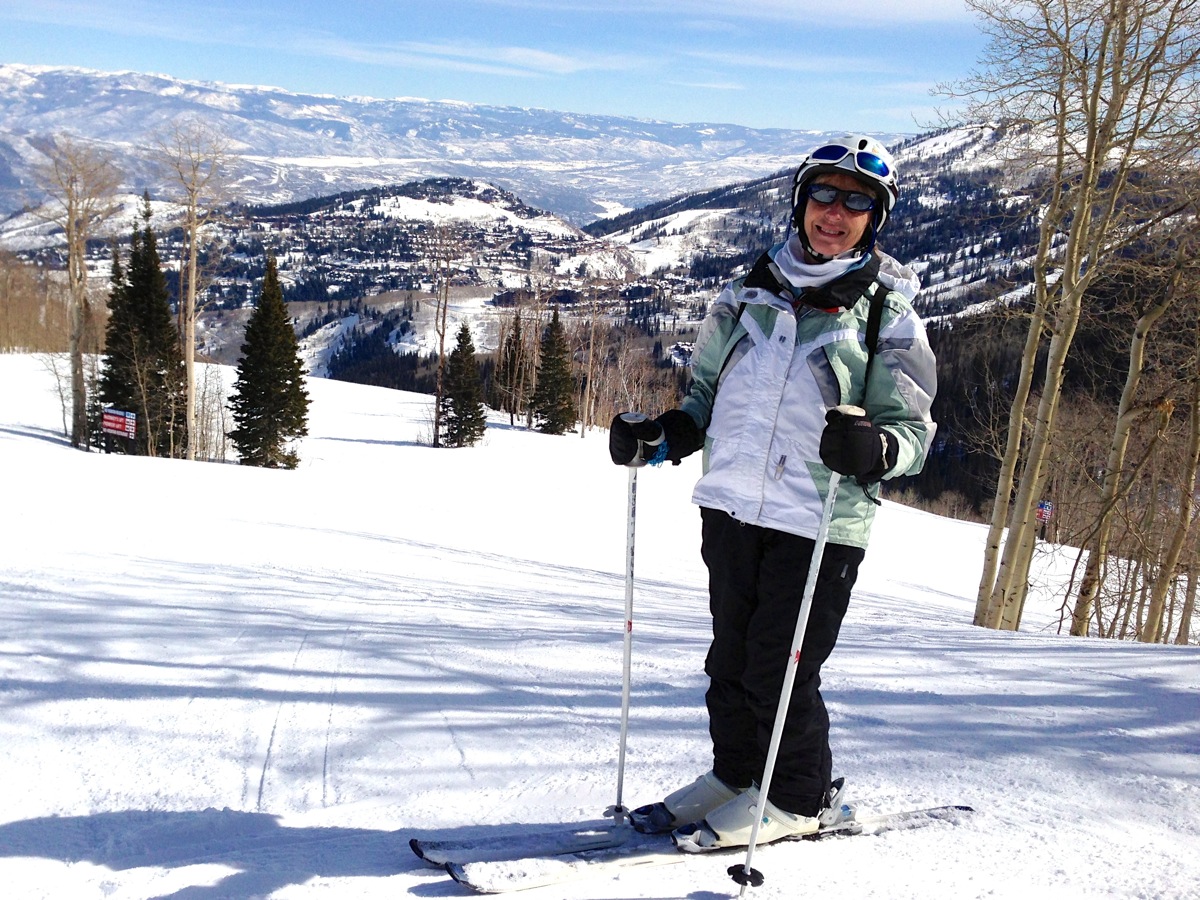 “Do you realize that is the President of the United States airplane?”

“The President of the United States is dead?” The agent gulped in disbelief.
“Nope. They’s all kilt straight out.” The farmer sighed cutting off his tractor motor. “I done buried them all myself. Took most of the morning.””Were there any survivors?” the agent gasped.

“Well,” the farmer sighed, obviously wanting to get back to his work. “He kept a-saying he wasn’t… but you know what a liar he is”. 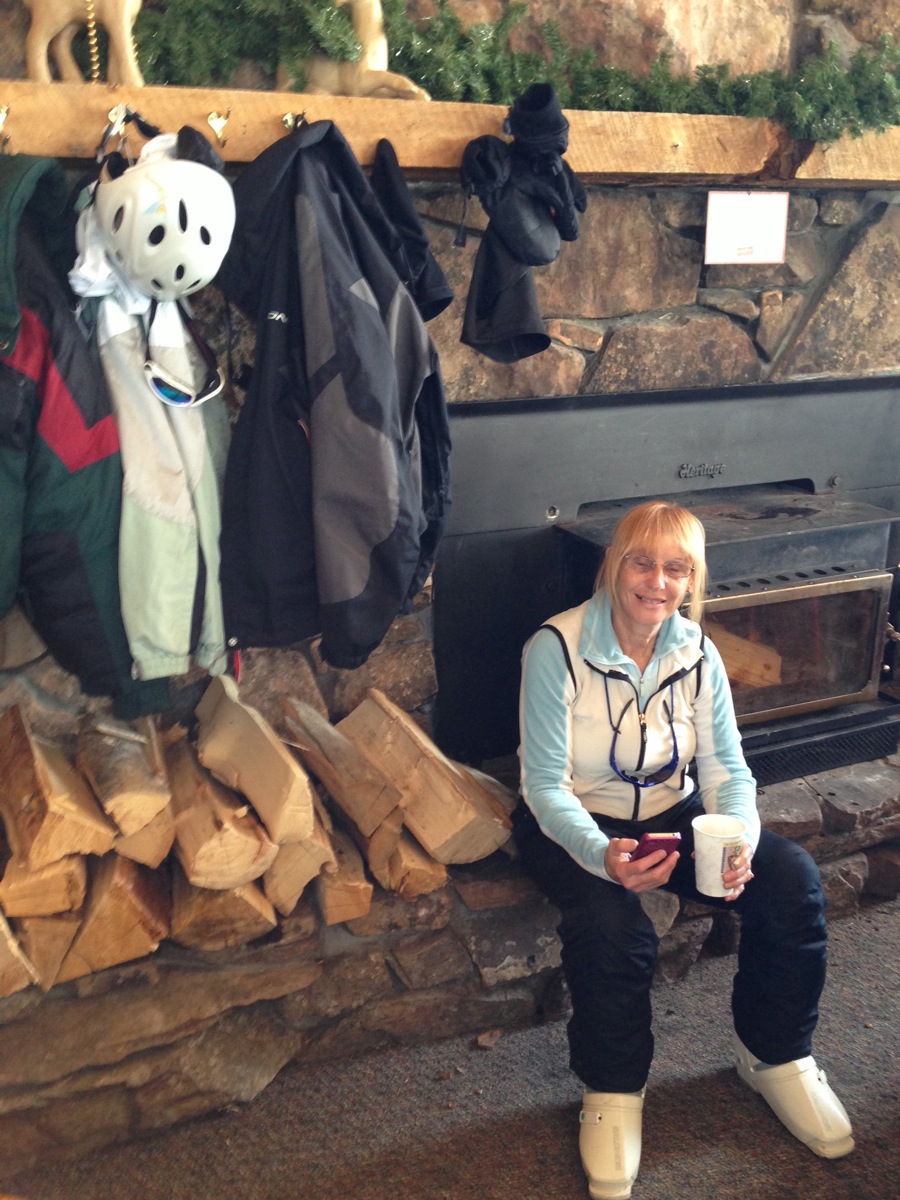 It must be a bluebird day Wendy’s out skiing. Bit of a late start only 11:00. You kids had better watch out Ma’s zipping down at 27 mph.

Have a very relaxing morning; coffee break, by the log fire in my office – see picture; some more skiing; lunch break, smuggle in a sack lunch of pastrami and sauerkraut – delicious; then a tad more skiing and home. A good day on the slopes and Wendy must be speeding up. She’s so in control on the slopes, I don’t know how she does it.

I don’t know what it is about skiing with Wendy but I never get any aches or pains normally. Yet today my feet are killing by the end of the day. Going slow must be much harder work.

Get back late afternoon. Do a bit of work then a relaxing evening. Alas no wine.

Catch up on some British TV. Good to see the horse meat saga is still rumbling on. Then watch Piers Morgan rip some gun loving nut case to shreds. They are just too stupid for words. When will they ever learn. 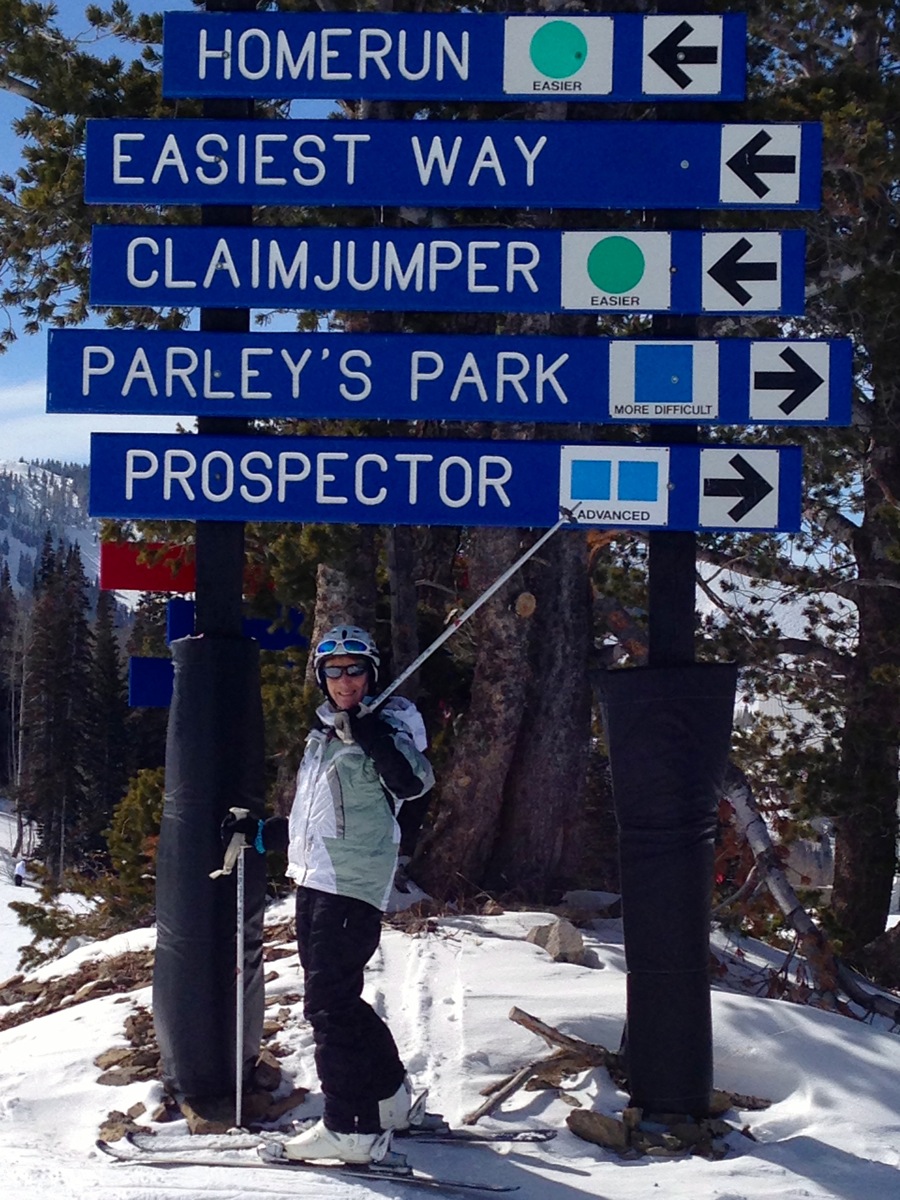 Just arrived in America and the first American I met was the immigration office and he asks “So what brought you to America?” I looked at him for a second and replied “We’re in an airport, what the hell do you think brought us here?” Doh!!!! Is this the way to get deported?

Up early for some great cruising. These new ski’s (bought last season) are just awesome. They’ve changed my skiing and confidence completely. They carve graciously, just no effort.  A real joy to ride on. No aches or pains, apart from yesterday that is when I skied with Wendy.

Ski to lunch time and then it’s a leisurely afternoon. A bit of work but amazing I actually manage to get some reading done.

Wendy’s off to a knitting circle down at Kimble Junction – neat. apparently a mixed age group, all doing their thing but she didn’t learn much. Still a bit more sociable than Belthorn. Apparently one of then is going to Austria and really excited about buying some lederhosen. For her husband or her son you might guess.? Neither, in typical American fashion it’s for her dog – USA believable.

17:00 time to open a bottle of wine. American wine is so drinkable that there’s a danger even Wendy may develop a taste for red wine – grounds for divorce! 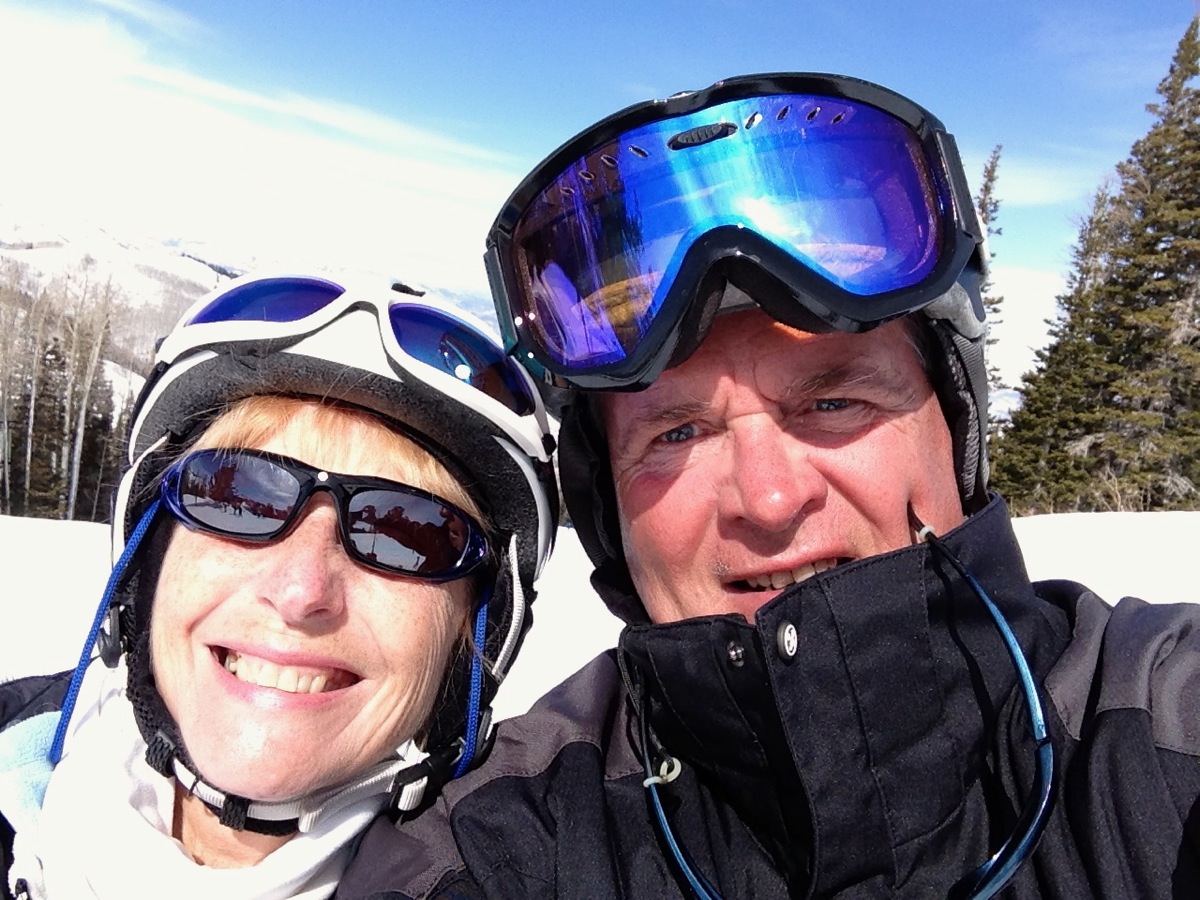 Is this the way to promote Islam? In a “Discover Islam Week” by inviting such a hate speaker? Seems mad to me. But why cancel, let him have his say in a free society and people can then judge this religion for themselves. And then they wonder why 74% of the UK think Islam is incompatible with our way of life.

Mad Muslim hate preacher barred from addressing Reading University students. ABU Usamah at-Thahabi is a Muslim extremist who doesn’t care much for homosexuals. Or females. In fact, he advocates the killing of gays, thinks women are “deficient” and encourages the beating of little girls who refuse to wear the hijab.

Last night University spokesman issued a statement saying that the event had been cancelled because:

The safety of students, members, staff and visitors is of paramount importance. 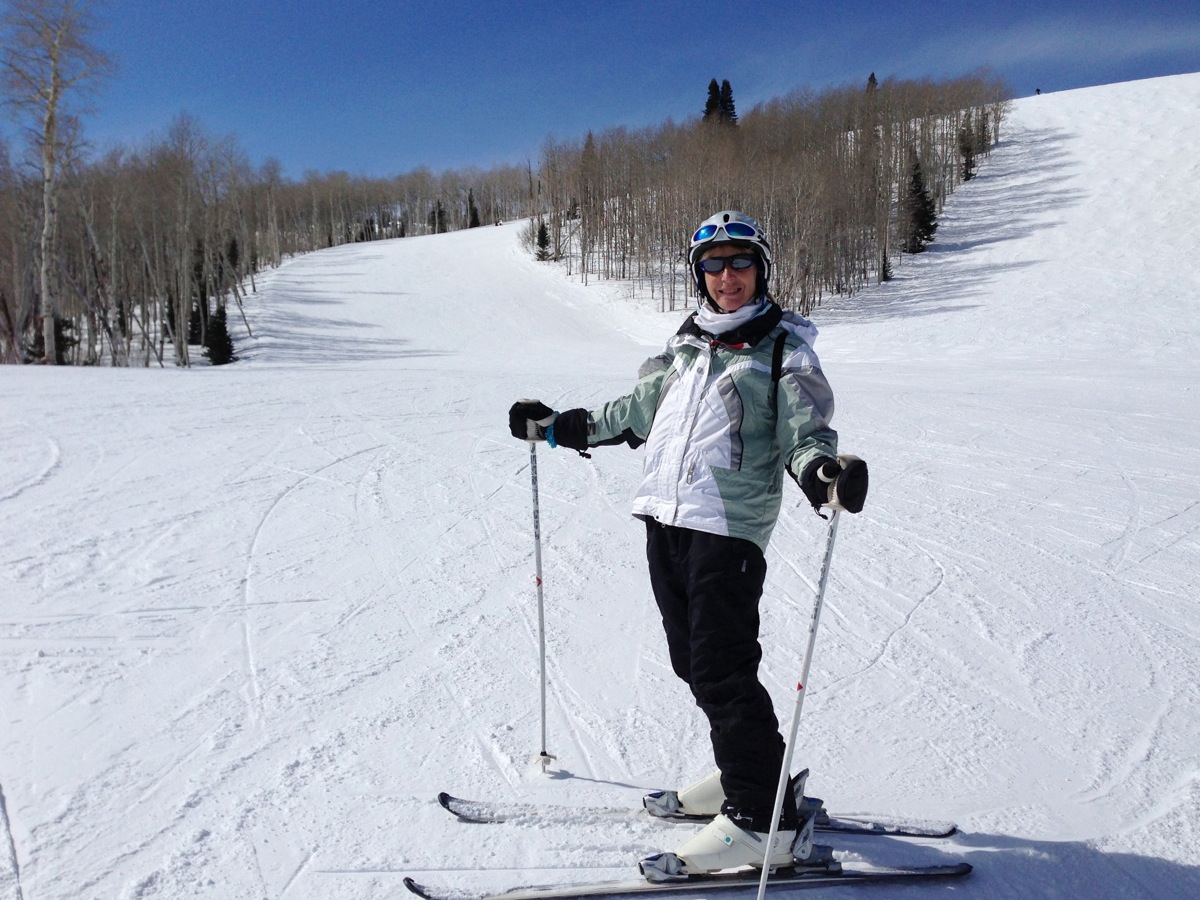 Meanwhile on the lighter side:

I went to McDonald’s yesterday and asked for a ‘Taste of America’. I was shot.

Ever seen that film “War Games”? A computer hacker nearly starts World War 3 when he and his girlfriend break into America’s military defence system. But you have to suspend your disbelief, don’t you? After all, it’s a bit far-fetched, isn’t it? I mean, come on – a computer hacker with a girlfriend?

“I would like to live in Manchester, England. The transition between Manchester and death would be unnoticeable.” Mark Twain