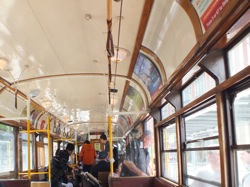 We’ve decided to pass on the mini. iPhone for mobile / on the go and traditional iPad for home, coffee table use. Wendy wants the new iPad 4. What Wendy wants she usually gets – who am I to argue. To go with it she gets a bright read case – very girly.

We may be keen but we’re not going to join any overnight queue for the Apple product release raz-a-mataz. After breakfast we drive down to the Apple store to see if they’ve anything left. 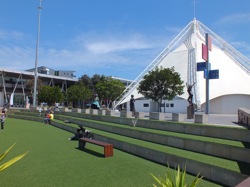 Times must be hard they have iPad 4’s left on the shelve and even iPad mini’s. Wendy gets treated to a white iPad 4 32 Gig. Awesome retina display quality and very fast.

When I get it home and load on all our photos we find there’s only a 5Gig left. Cock up of the first order. Retina display obviously needs nearly twice as 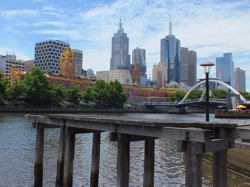 much storage, compared to iPad 2 – some may say it’s a marketing ploy.

Drive back down to the Apple store to change it for the 64 Gig – no problem says Mr Apple.

Generally a lazy nerdy and Apple config sort of day.

Off on the metro into Melbourne. Metros full of women tottering around on 6″ heels; brassy frocks and silly 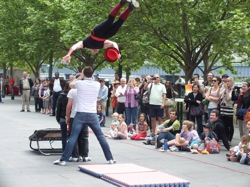 hats and men in black – could it be Melbourne cup ladies day? Some entertaining eye candy.

Catch the free city tram around to docklands and harbour town for a day out. Well we all make mistakes! More sterile than a scalpel fresh out of an autoclave and as much atmosphere as a programmers barbie bash.

Catch the tram back for a walk along South Wharf and South Bank. 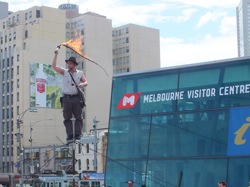 Pity about the river Yarra it seems to have all the mud on top. Fall in that and you’re dead. No amount of stomach pumping is going to save you.

Well it’s goodbye Melbourne, as cities go, one of the nicest. Something for everyone and very laid back. I can well understand why it rates No 1 city to live in.

Very multicultural but can’t say I’ve seen many Aborigines. Perhaps they’re all in the outback.

Is it PC to ask where they’ve all gone? At the time of first 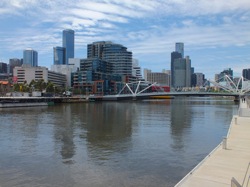 Hold your horses, that means the population of Oz is about 20 Million. Bloody hell all this land and natural resource, including a very valuable abundance of sunshine, and only 20 million. No wonder the economies prospering

How can anyone (aka Wendy) spend so much time in the info centre shop? Anyone would think it’s an Apple store!